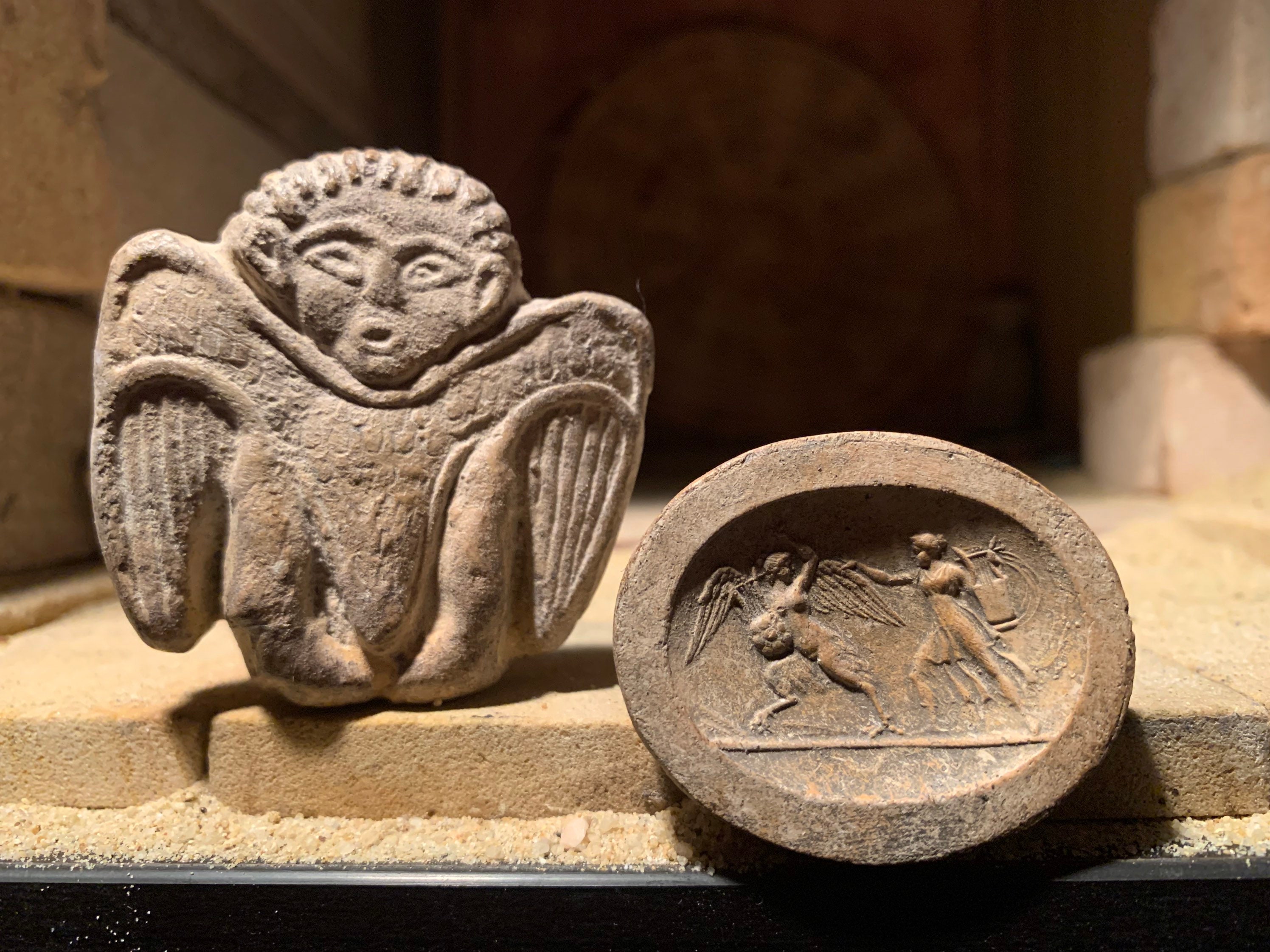 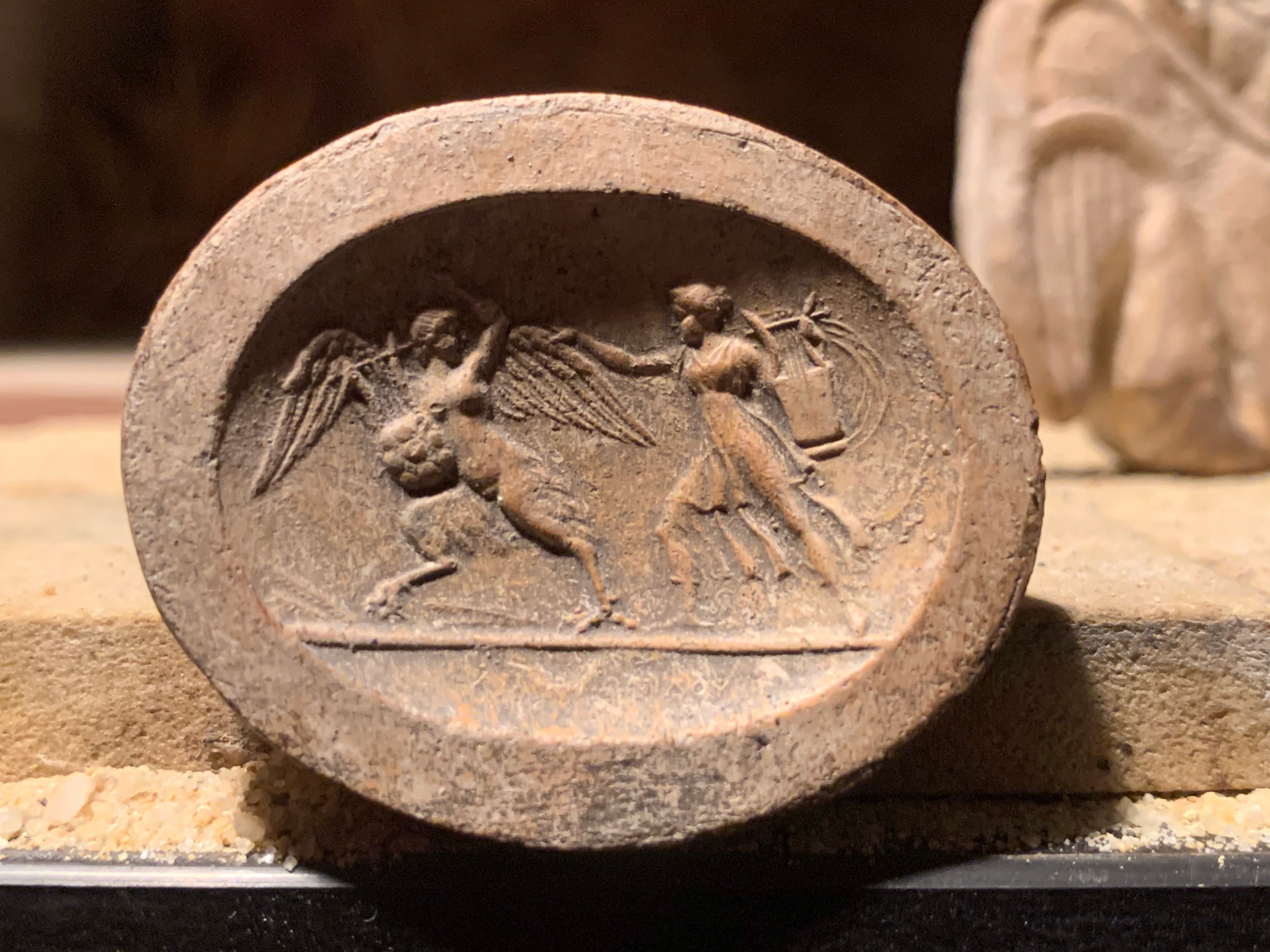 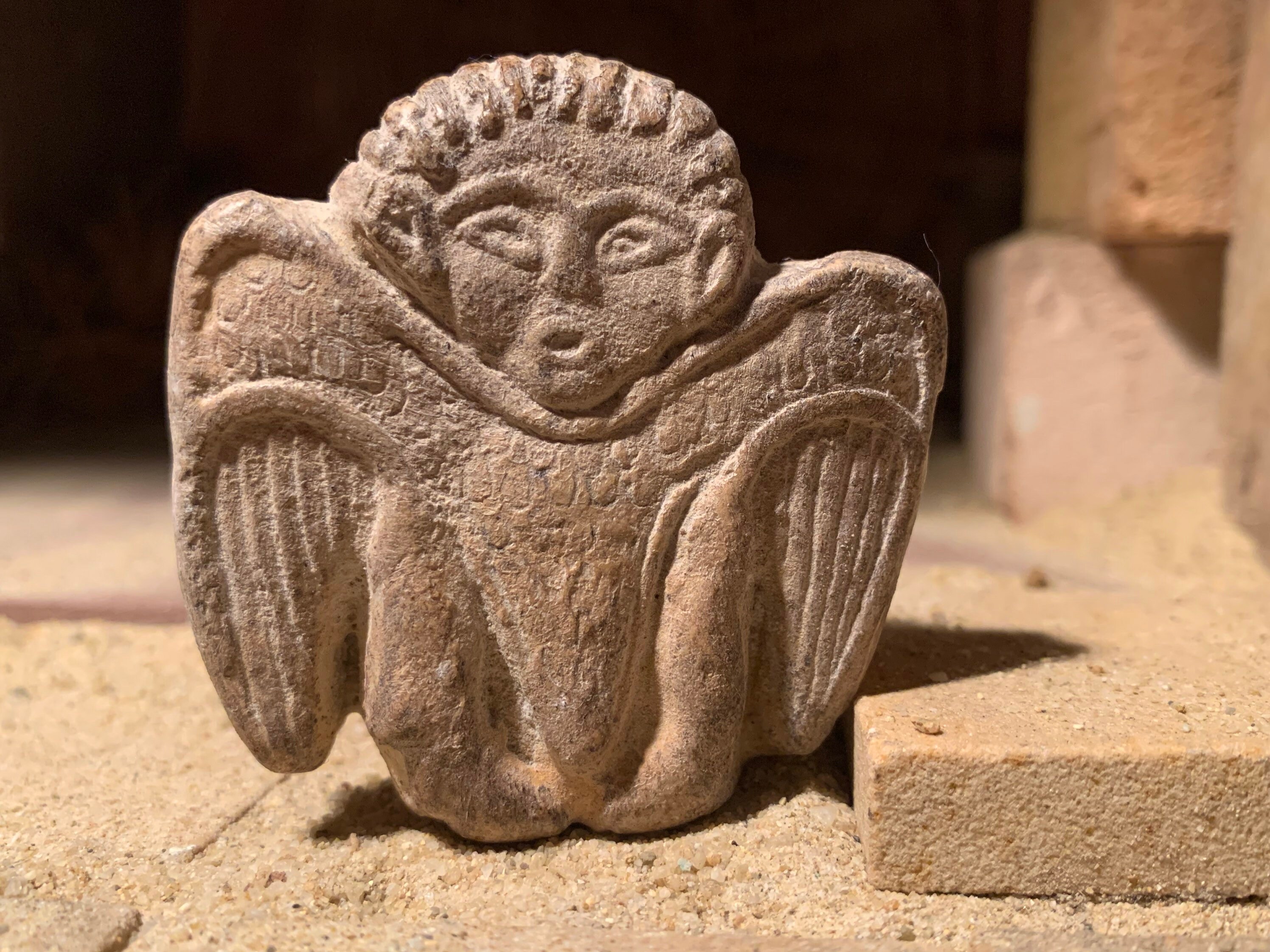 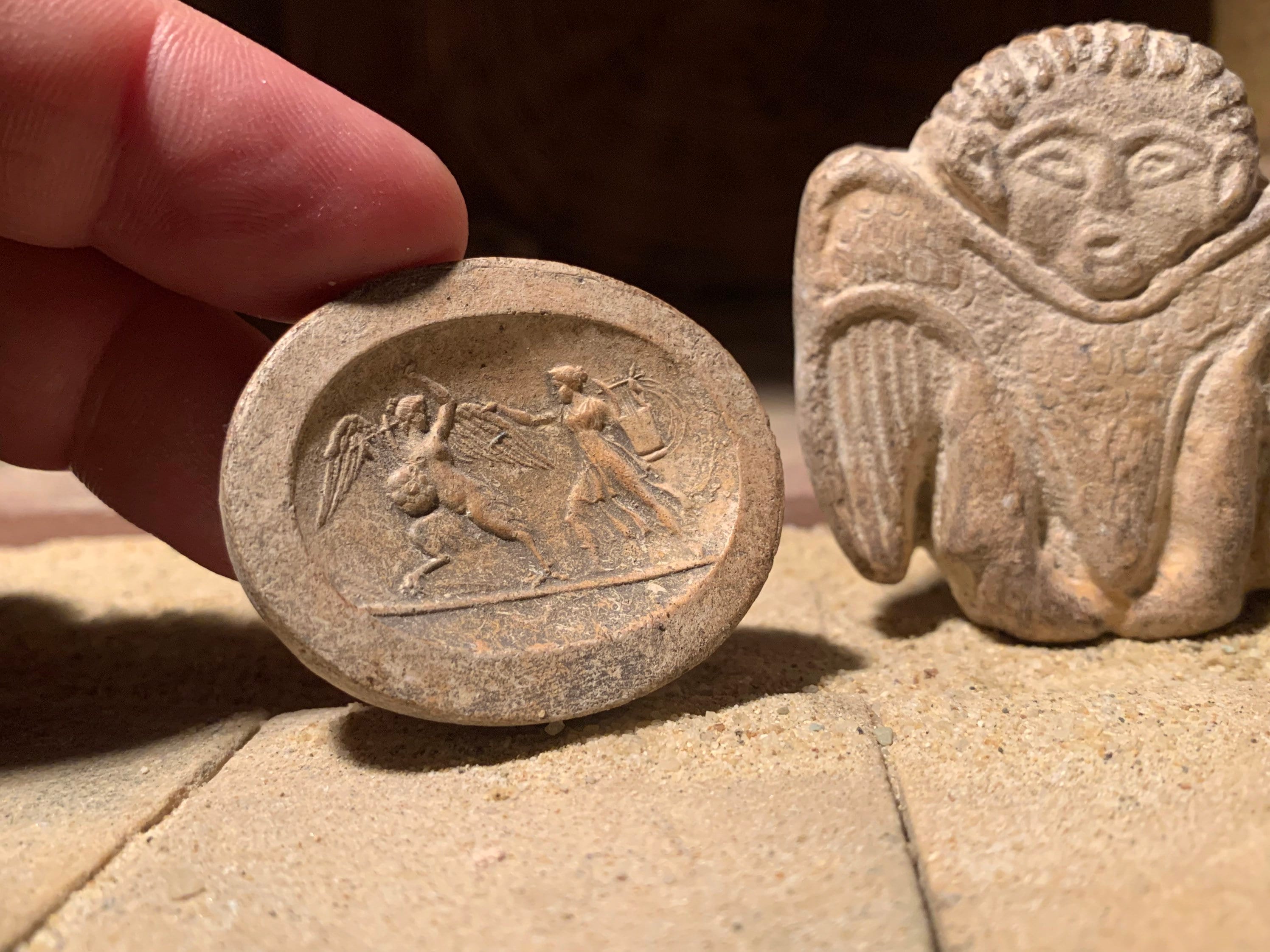 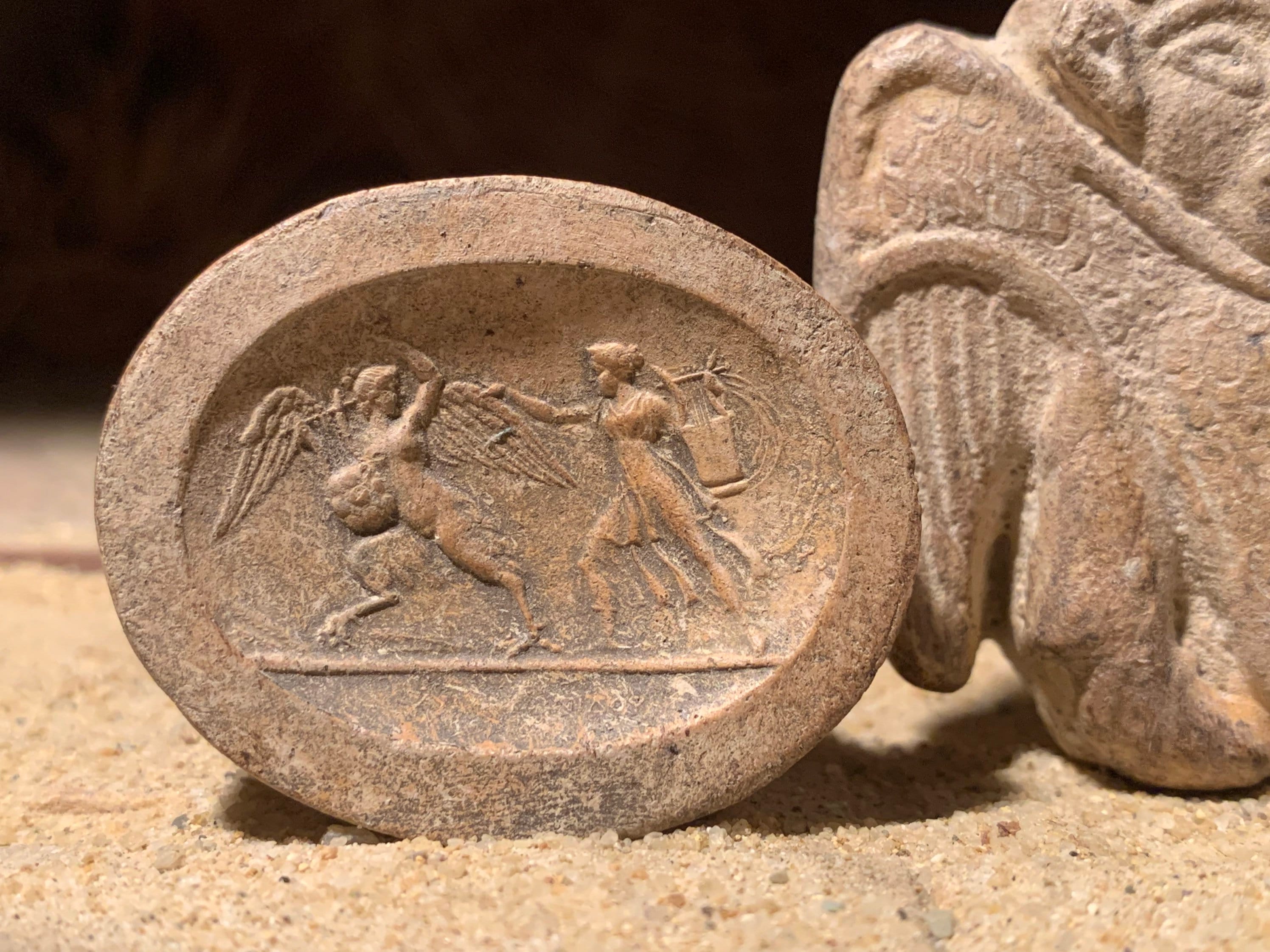 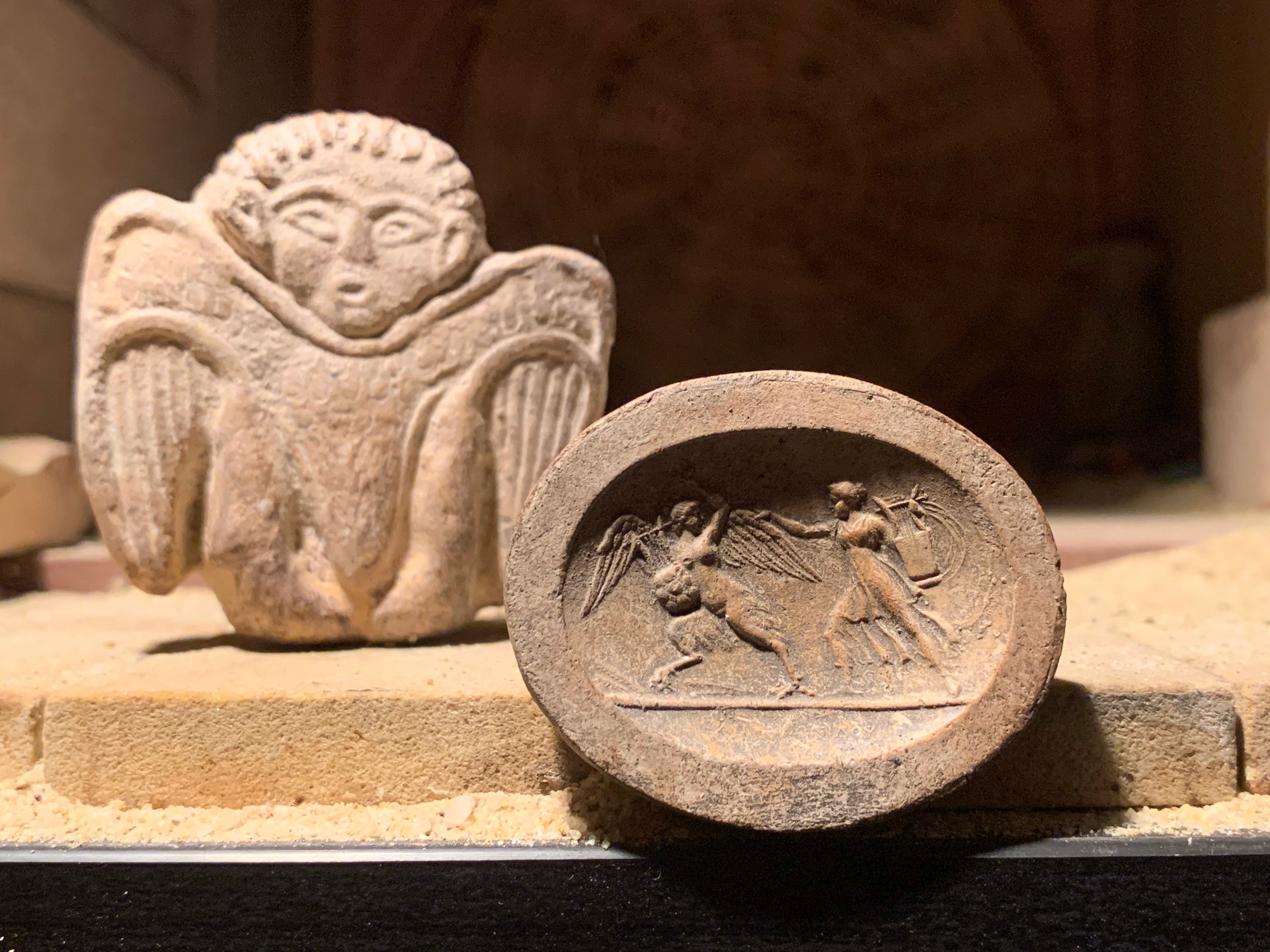 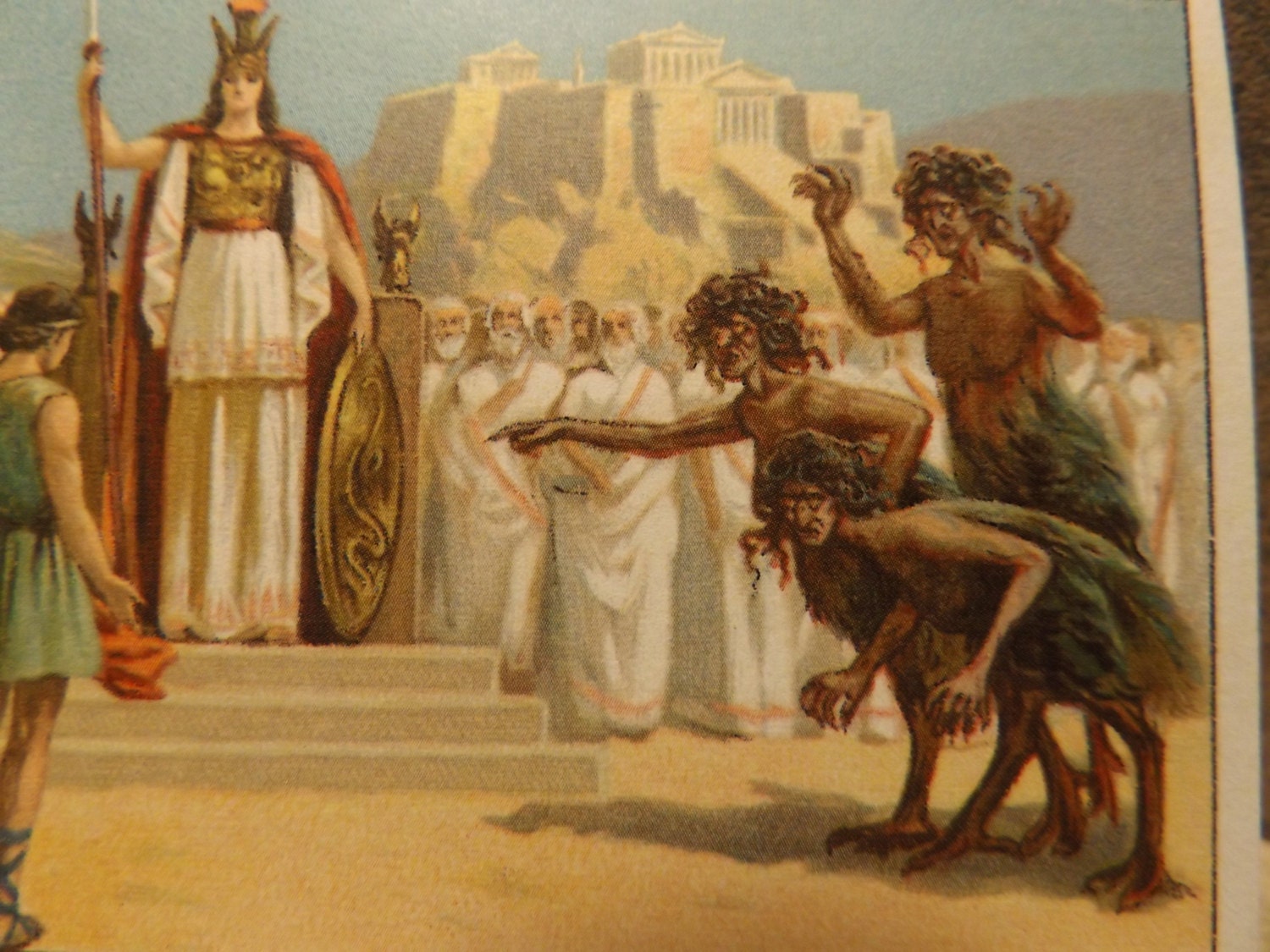 On offer here are 2 replica amulets featuring the mythical beast known as the Harpy, the original goddess of death from the island of Crete. Harpies had the head of a woman and the body and legs of a bird and somtimes possessed a tail. They were often carved with hideous features to strike fear into the hearts of man.

They lived in what was known as the Dictean cave on Crete and were sent by the gods to steal babies and selected souls from the earth. The most known of the Harpies were Aello, Keleno, Ocypete and Podarge, the mother of the horses of Achilles and the Doscuri.

The largest amuletic depiction shows one of the earliest styles of the Harpy as would have been used on seal impressions or personal amulets.

The smaller piece features the more classical interpretation of the Harpy being chased away by Artemis who holds a lyre. This piece has excellent fine details.

Made of a limestone and quartzite composition stone, they have well developed aged patinas.
* A replica collector card from the early 20th century is included in this listing and shows an atmospheric scene featuring a trio of Harpies in the presence of Athena