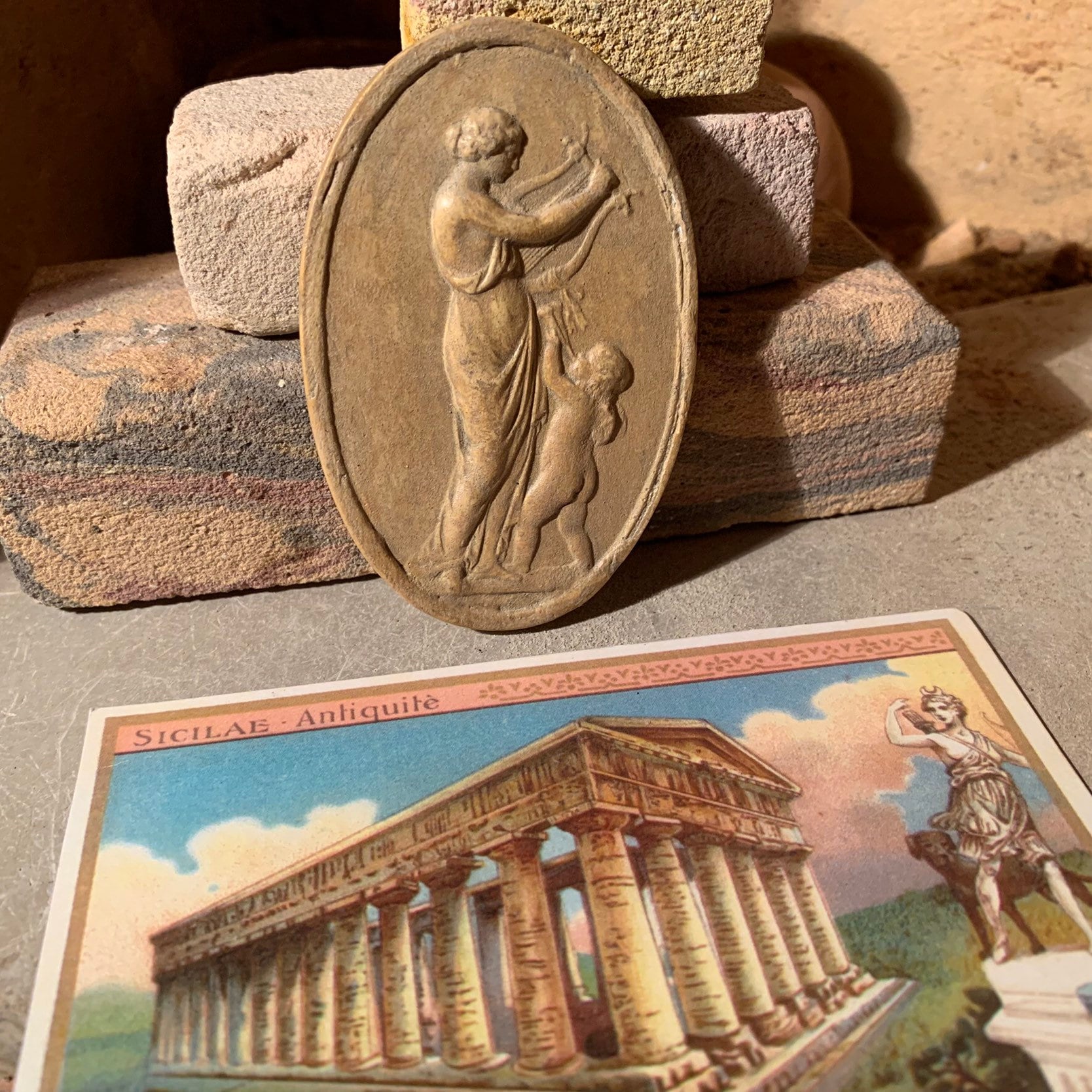 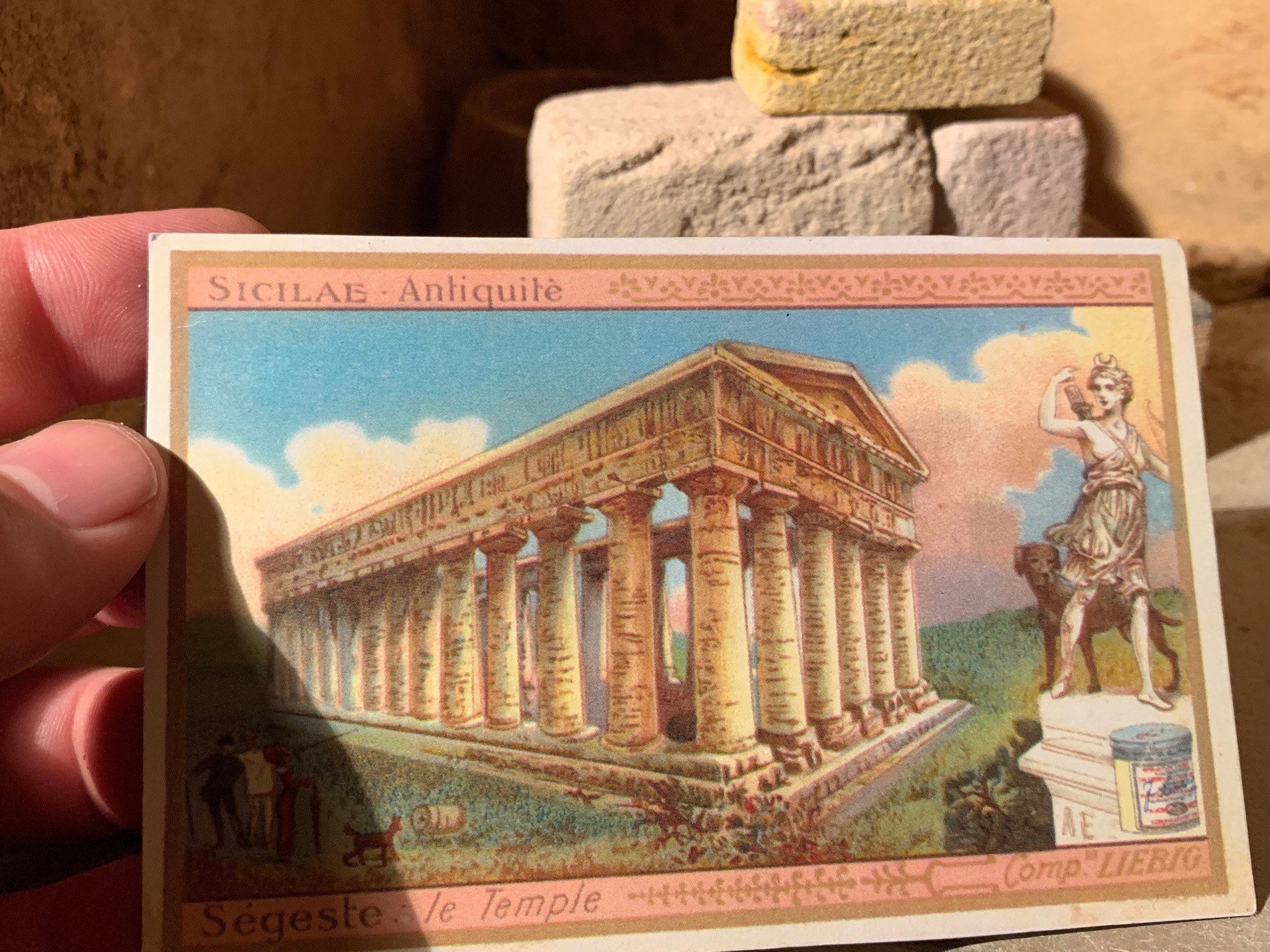 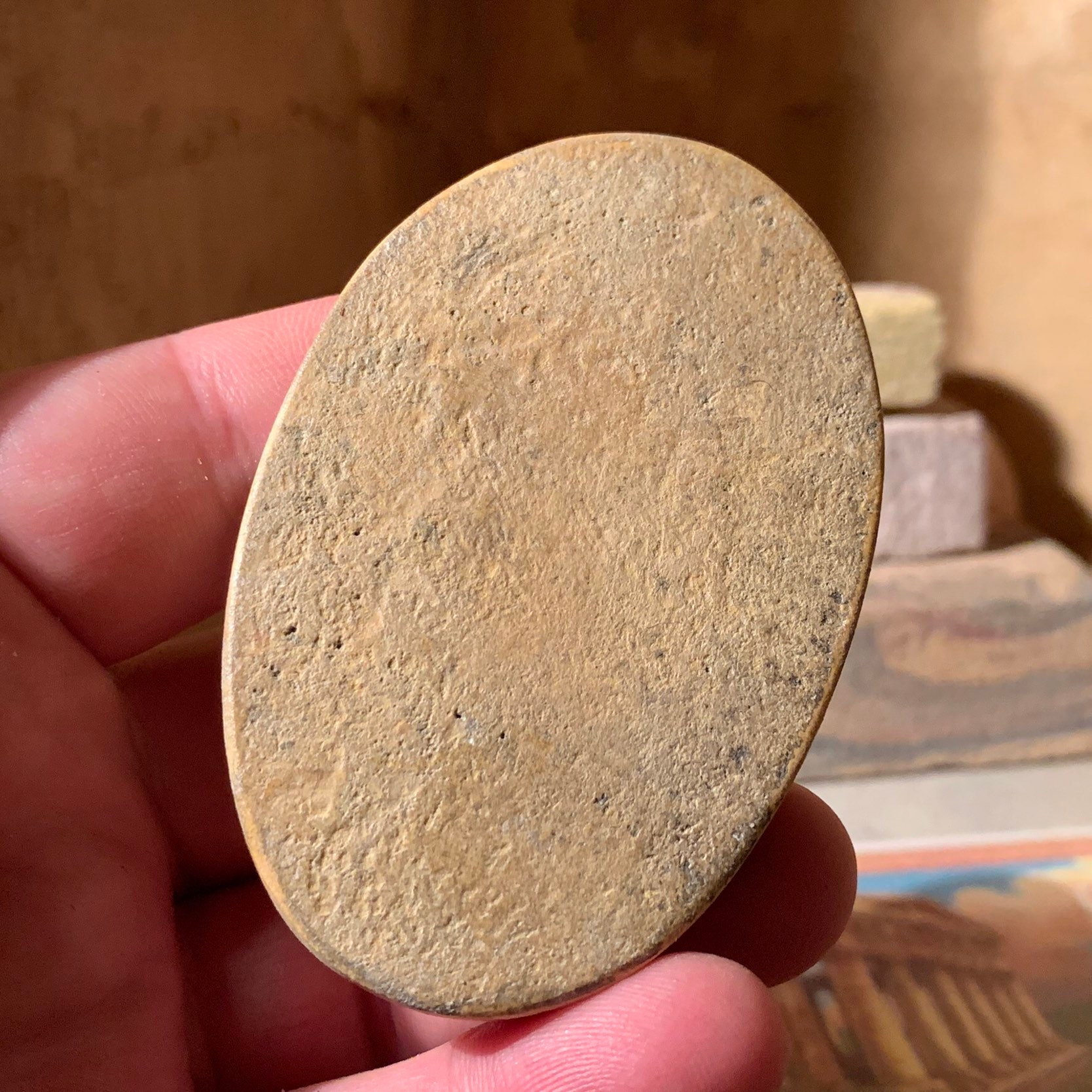 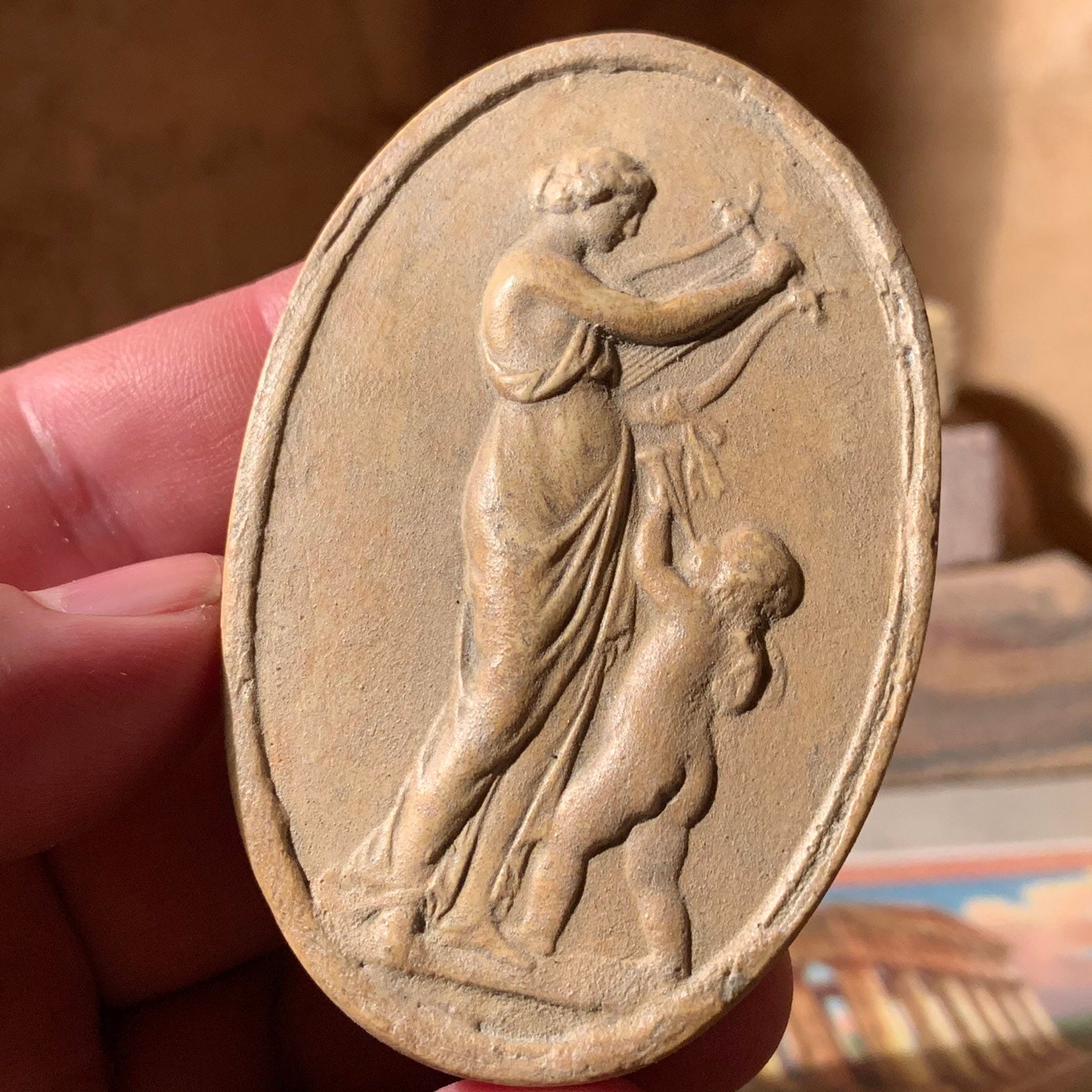 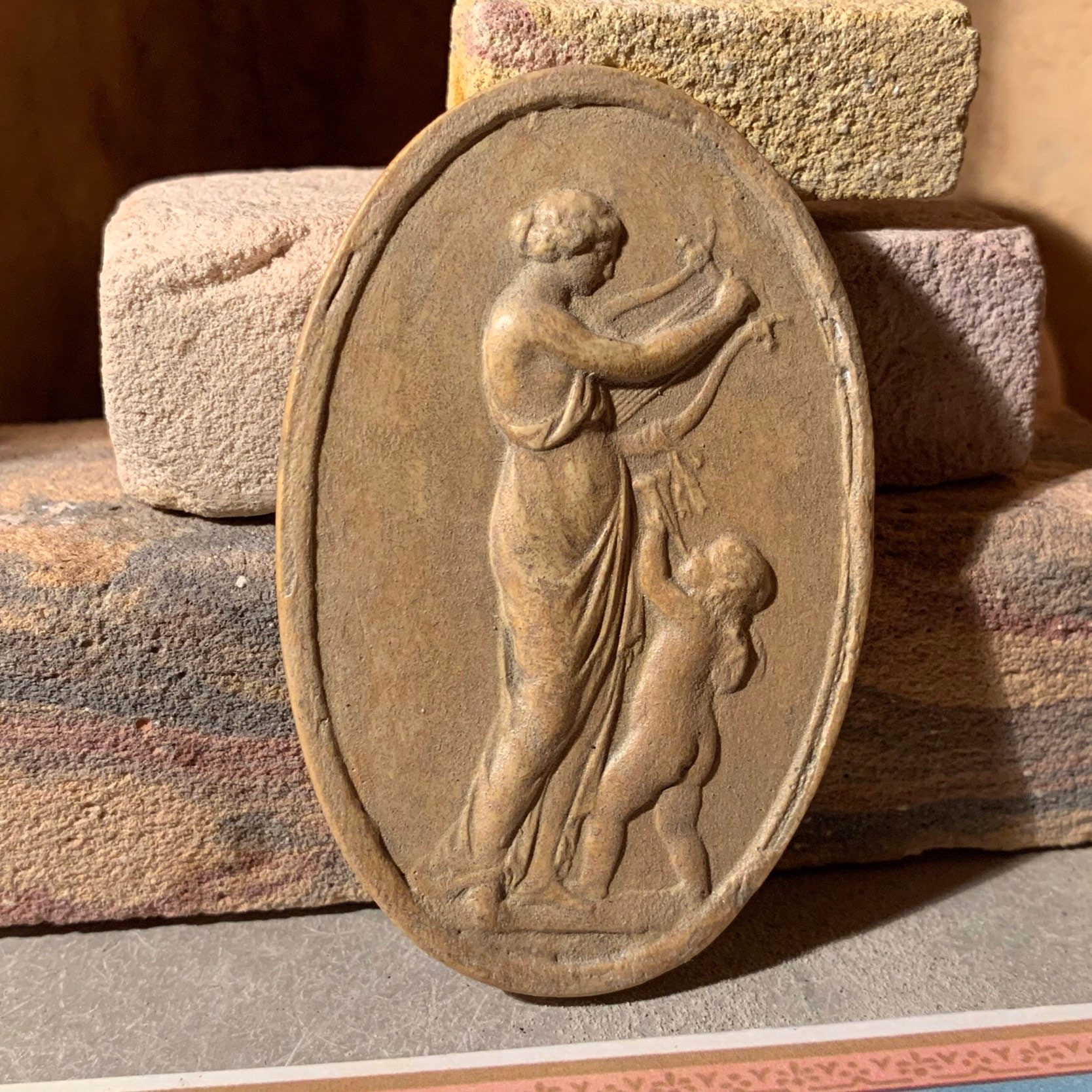 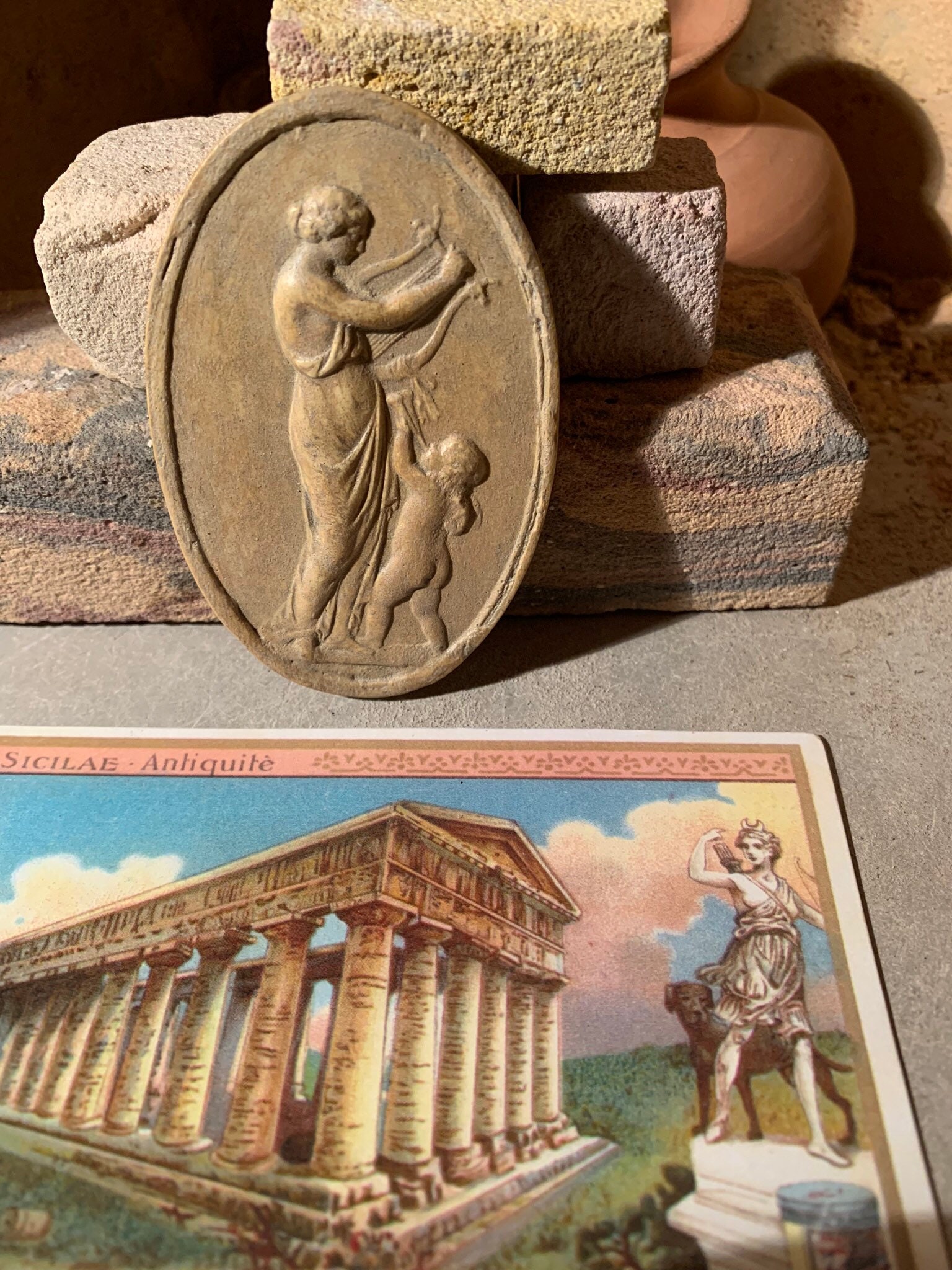 * Combined shipping offered if you would like to add more amulets at no extra cost. ( Up to 500 grams / 16 ounces )

* An early 20th century replica collector card has been included featuring a temple of Artemis.

.....Nor does laughter loving Aphrodite ever tame in love Artemis, the huntress, with shafts of gold for she loves archery and the slaying of wild beasts in the mountains, the lyre also and dancing, and thrilling cries and shady woods and the cities of upright men.......Homeric extract 700 b.c

Made of a limestone and quartzite composition stone, the piece has a pleasant aged ochre patina.

The lyre was invented by Hermes and was sacred to Apollo who was the brother of Artemis. Artemis also loved the lyre and would play it in the woodlands enchanting the animals within and entertaining her attendant muses as well.

Eros was the son of Aphrodite and Ares ( Roman - Venus and Mars) and was shown in earliest representations as a fully grown winged man with bow and arrow. Later representations show him as a young winged boy as is the case with this classical representation.