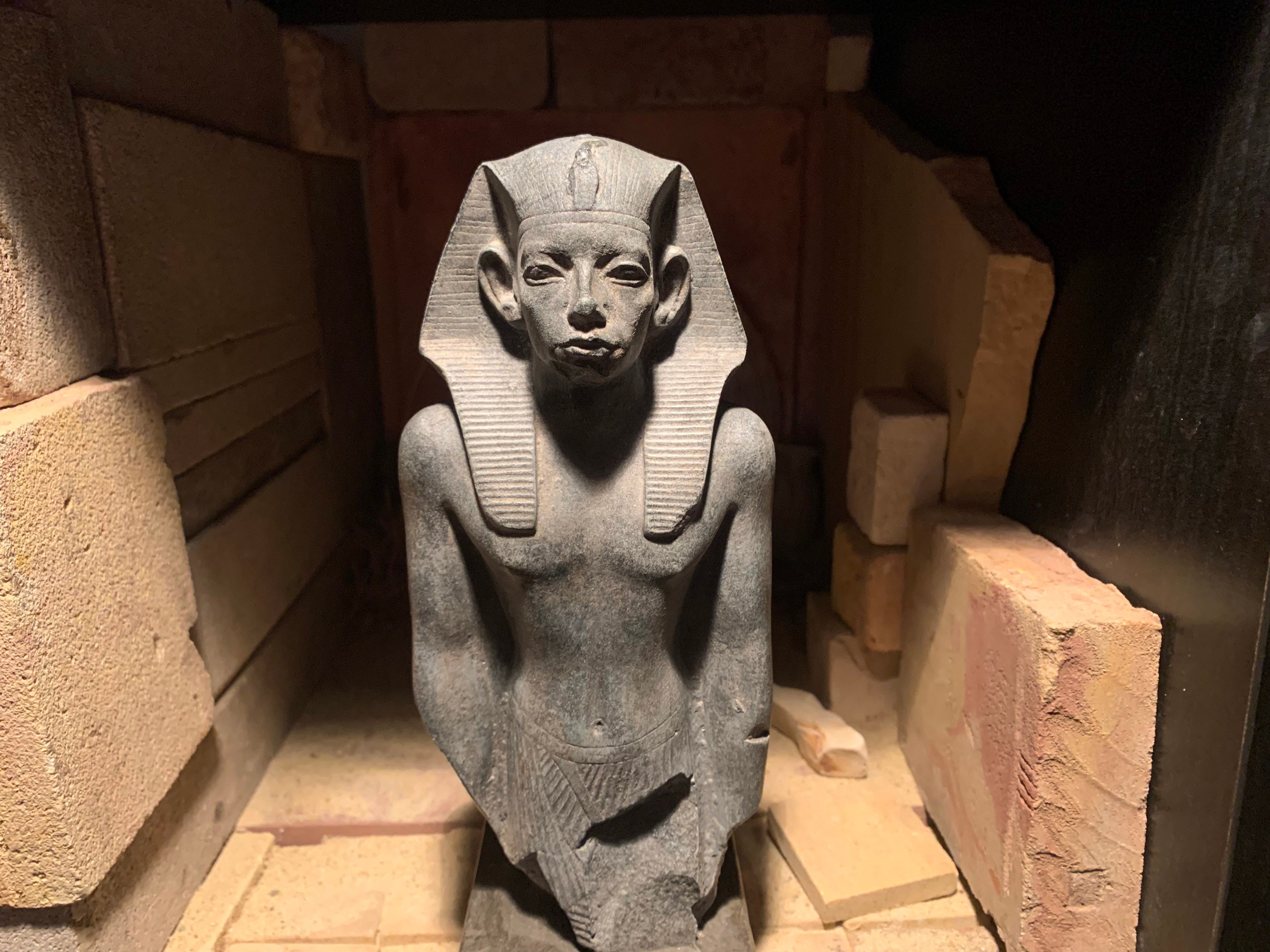 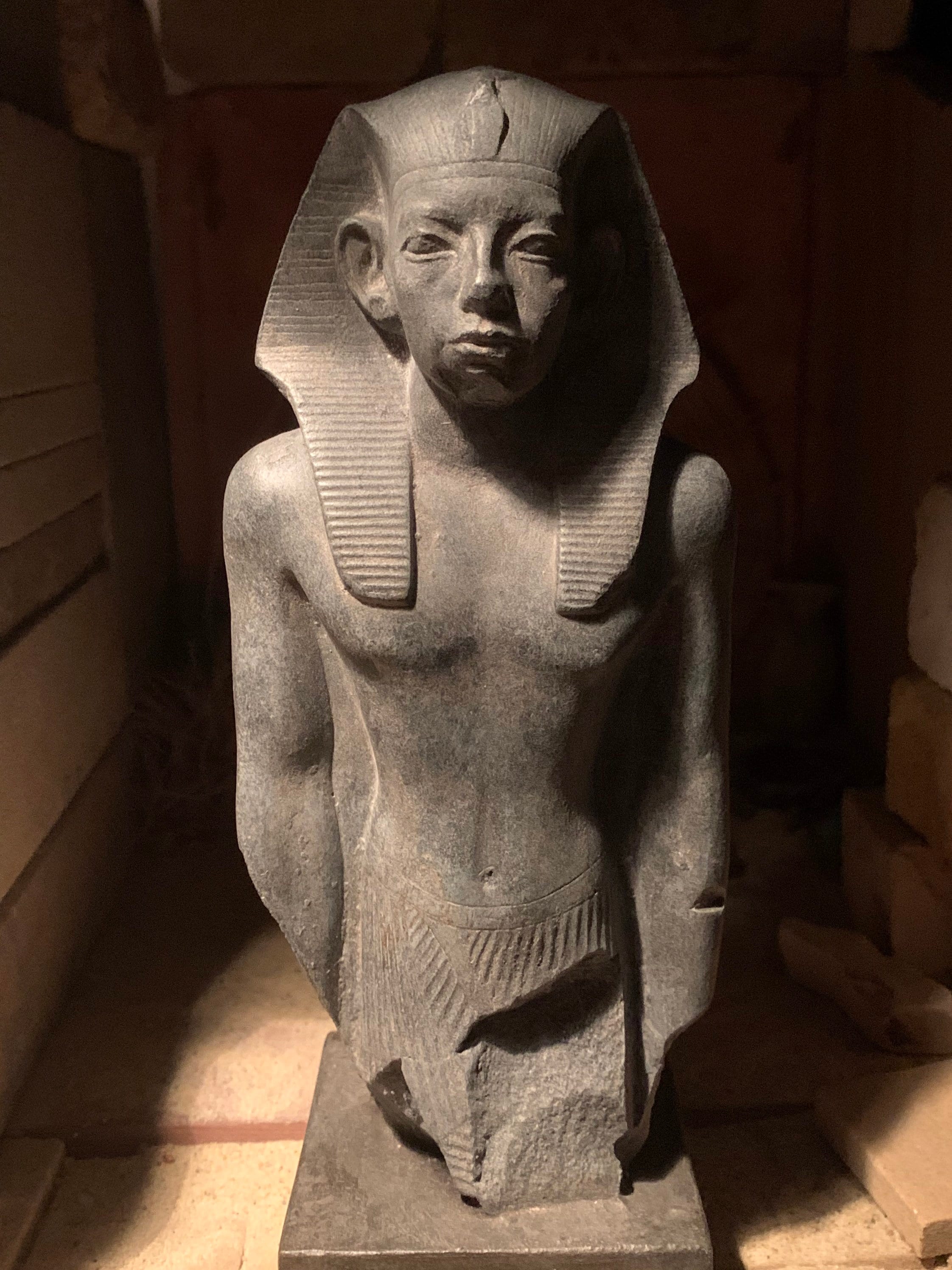 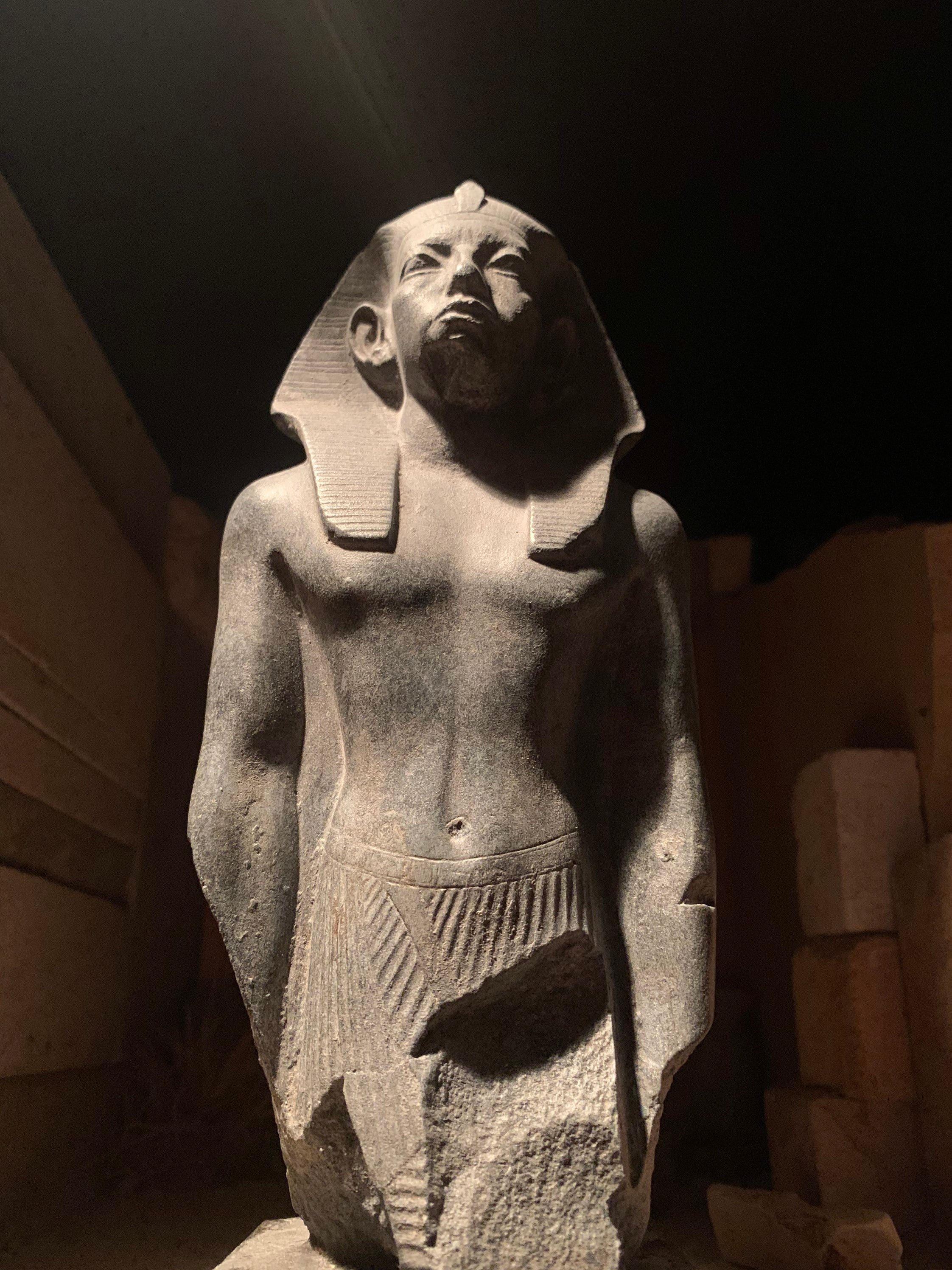 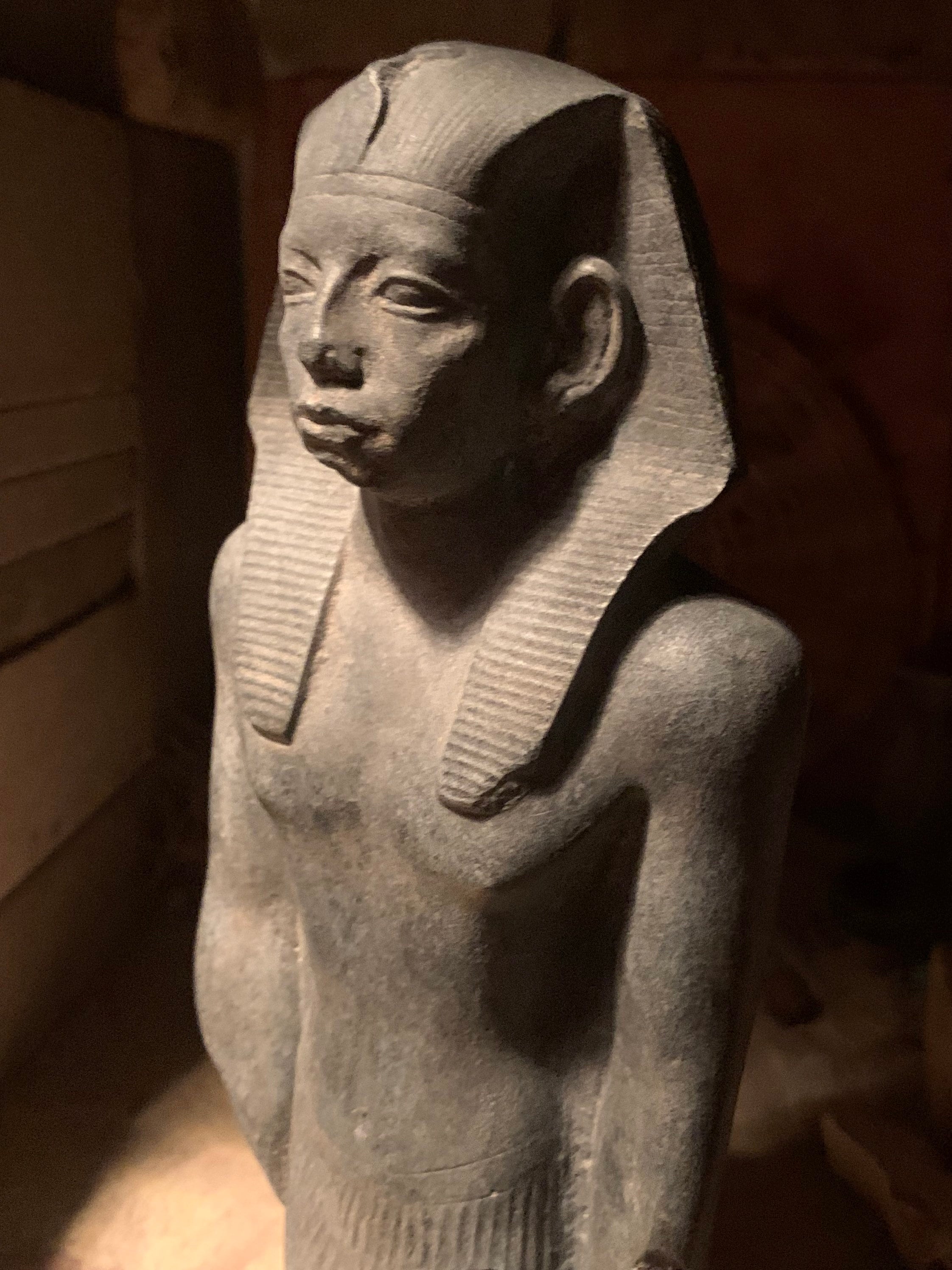 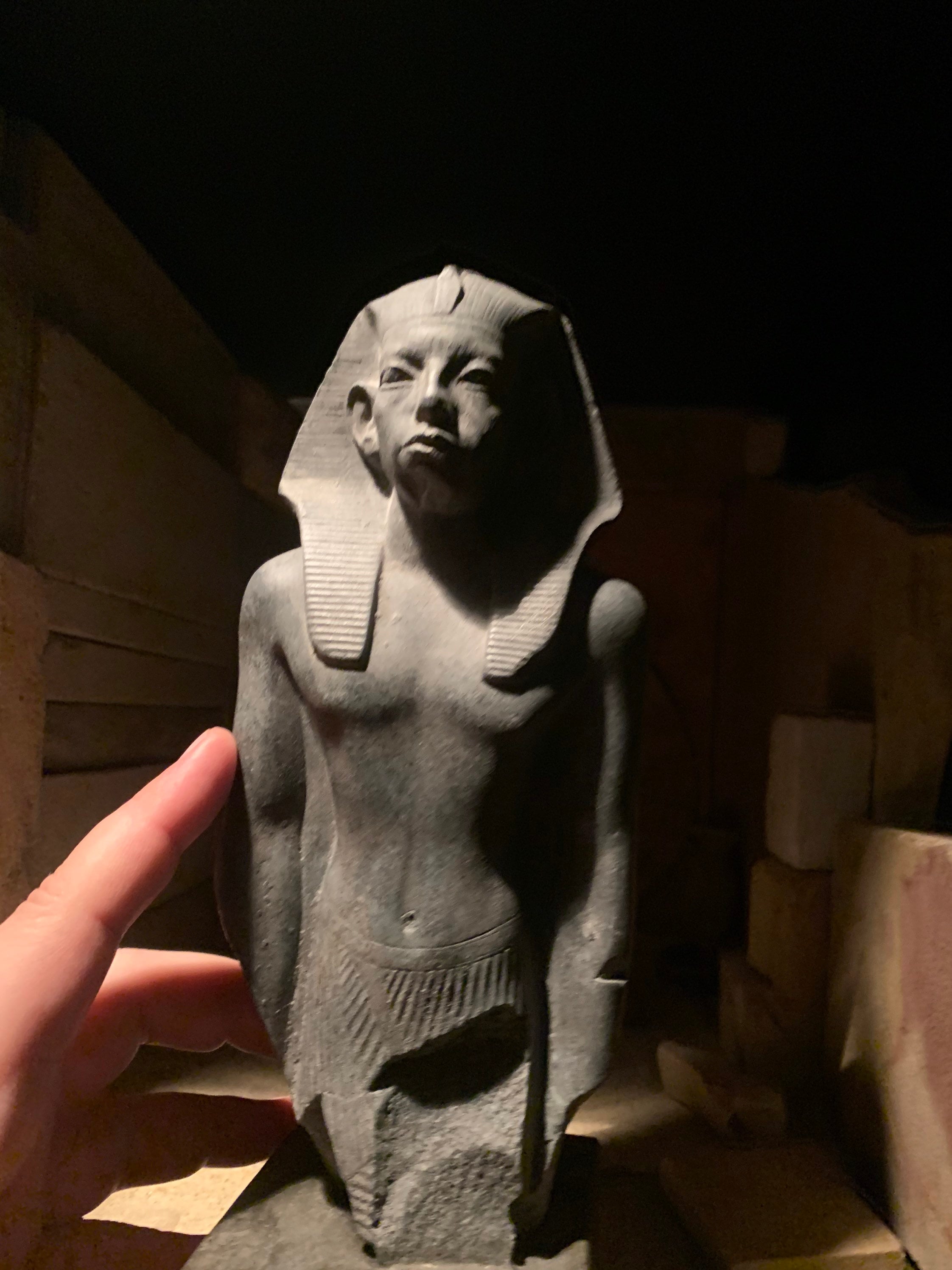 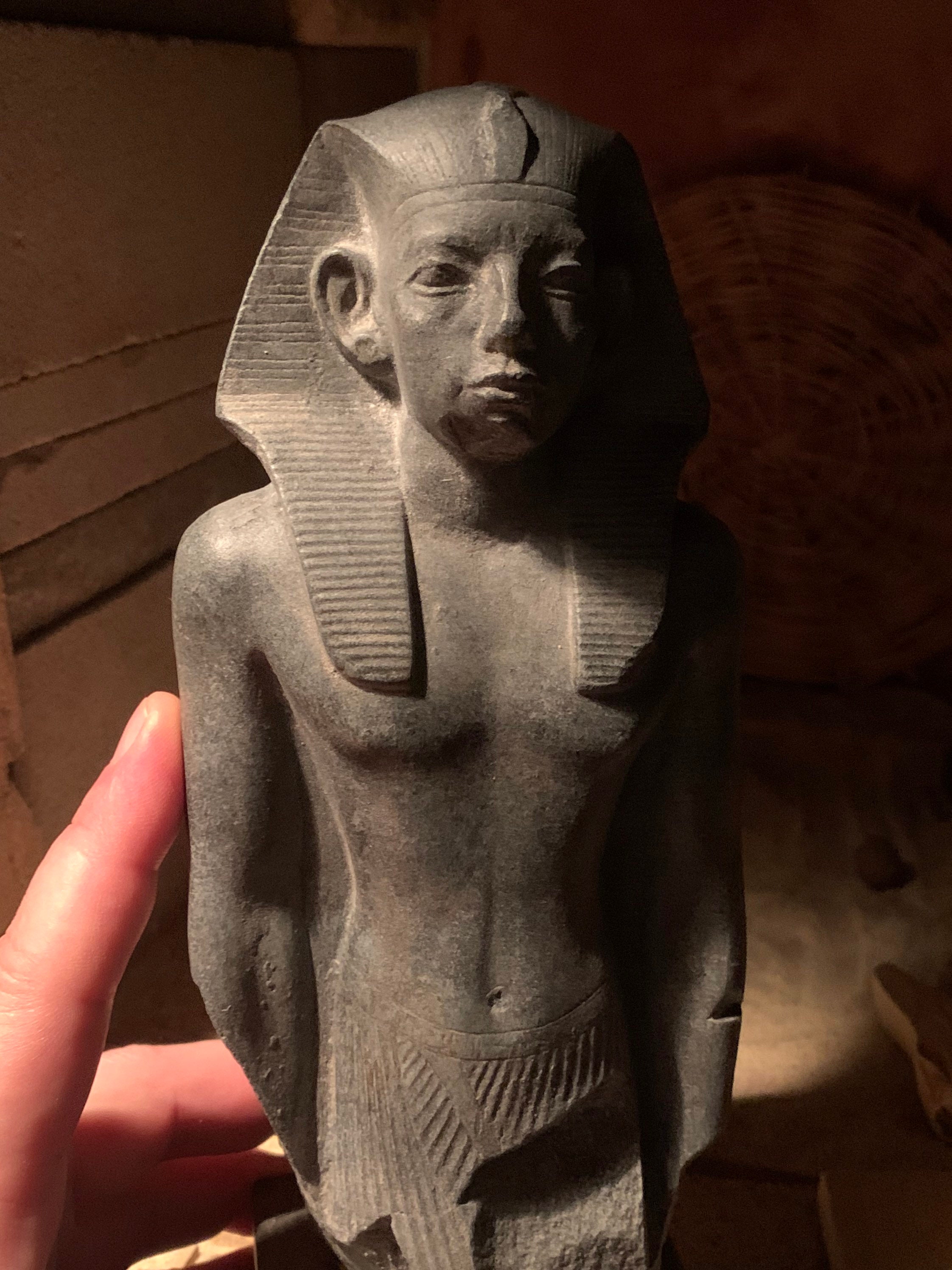 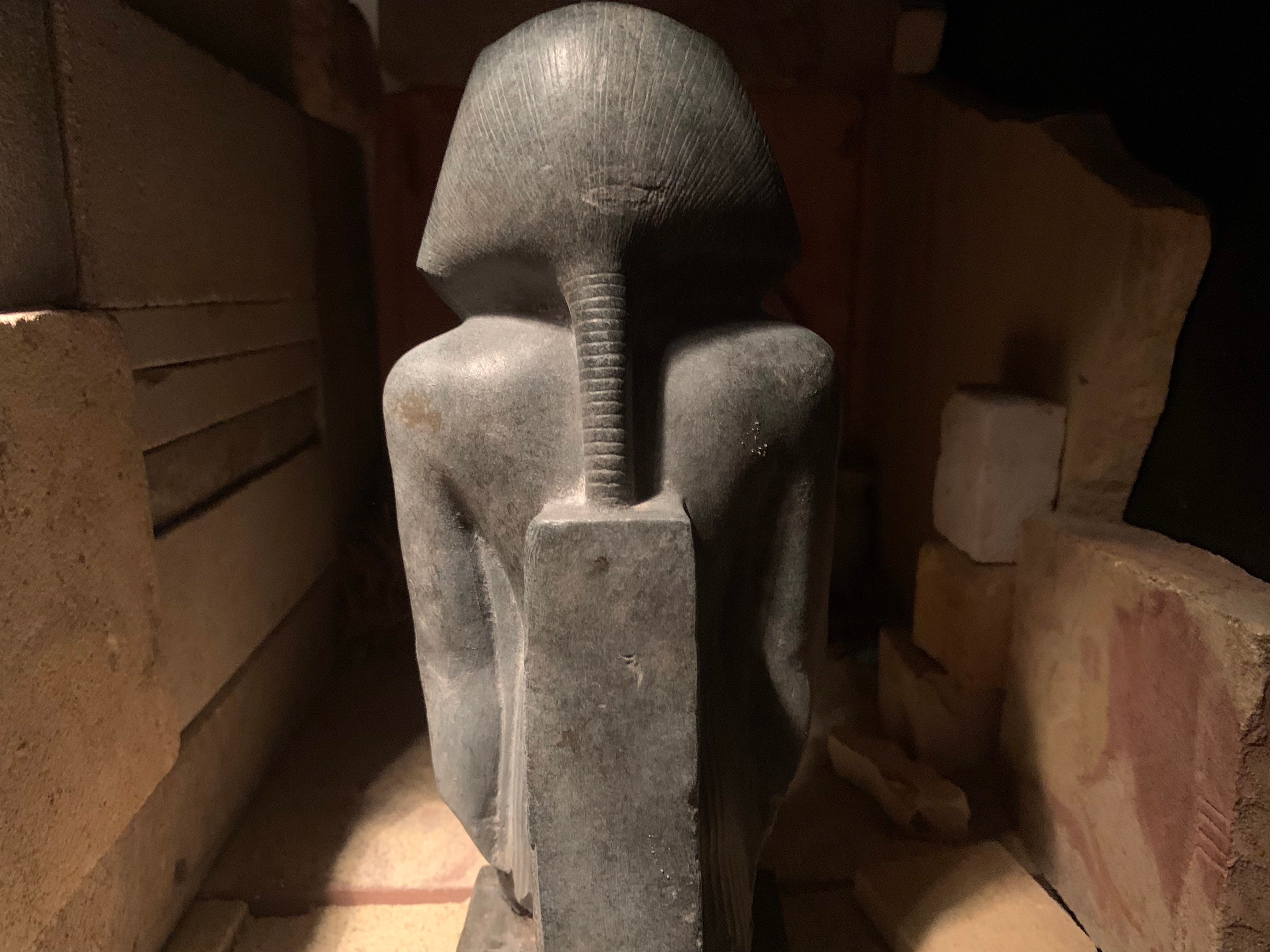 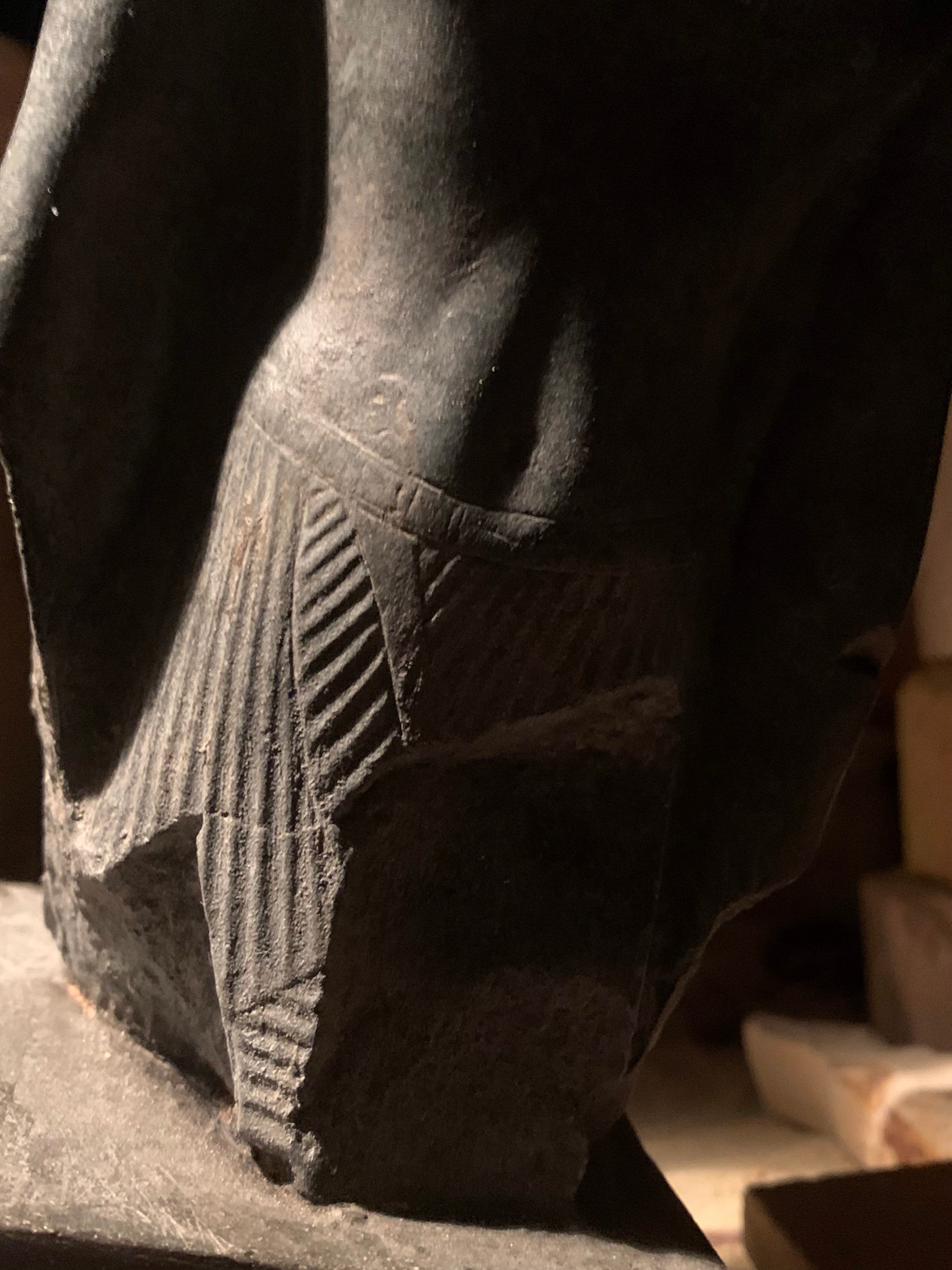 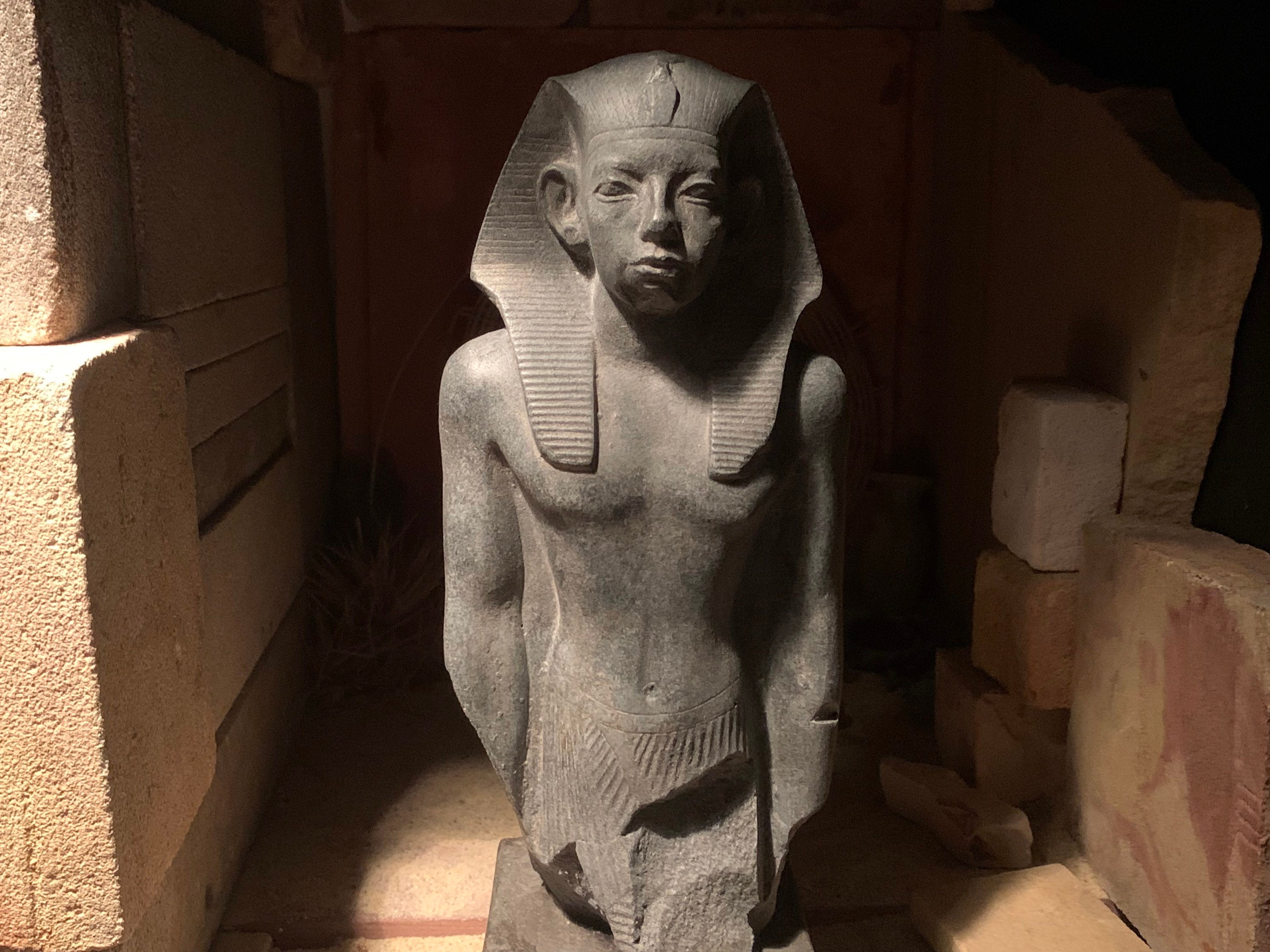 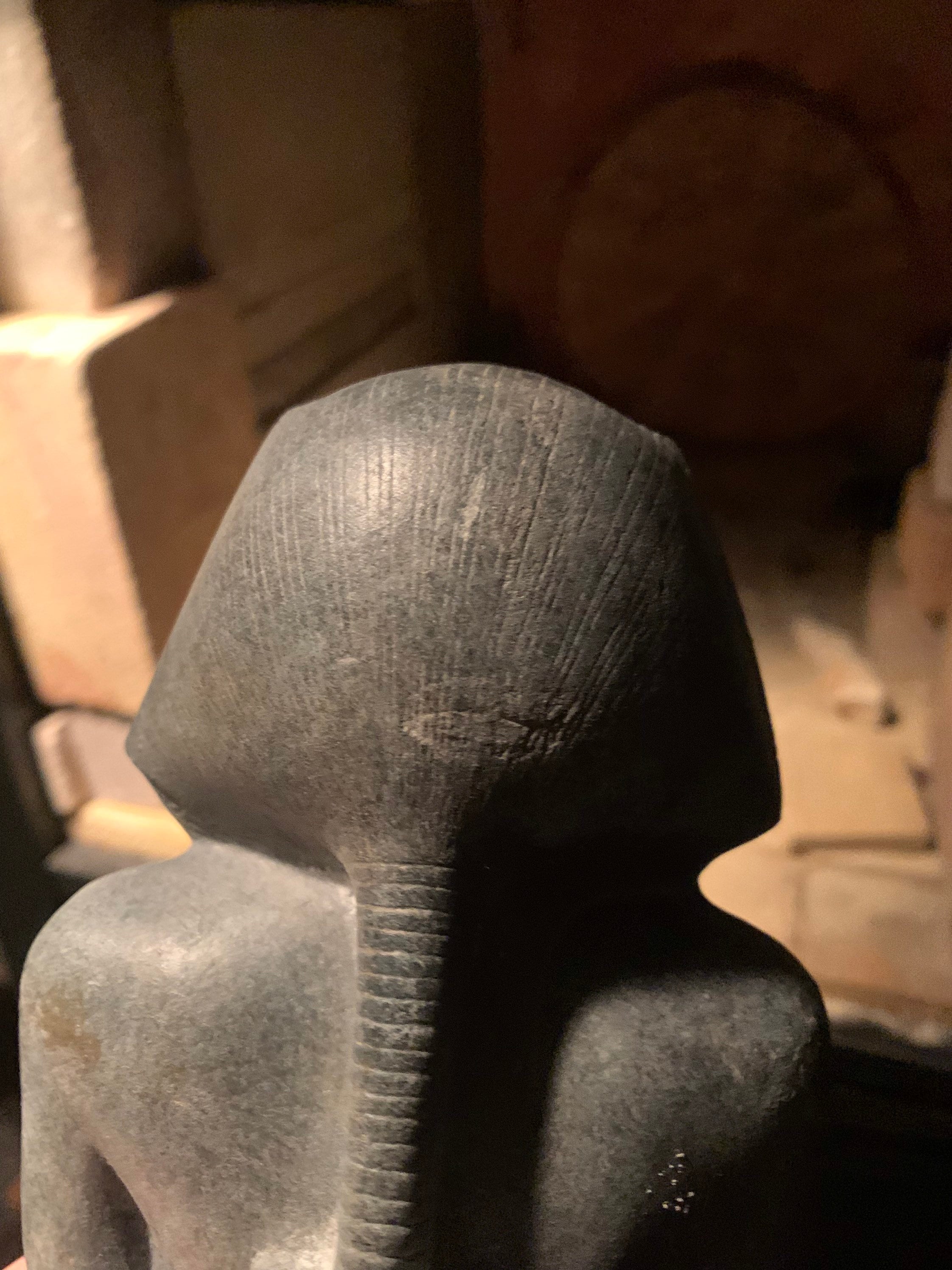 On offer here is a stunning replica of a fragmentary statue of the famous 12th Dynasty Pharaoh, Senusret the third. The feature I like most about it, is the ancient damage that leaves just enough of the figure to enable one to imagine this was once a small masterpiece of ancient Egyptian sculpture. It even shows the texture of the original stone.

Made of a limestone and quartzite composition stone used for fine museum reproductions. A well developed aged slate black / grey patina gives an authentic look of antiquity. I have tried to show this in the photographs which offer some lighting possibilties using a simple desk lamp.


Background information - Senusret is just one way of pronouncing this famous kings name, Senwosret is another version. In addition he is also known by his Greek translation, Sesostris. He was the most powerful and progressive pharaoh of the 12th dynasty.

This period saw major changes in the way Egypt was governed and this was due to the efforts of Senusret the 3rd. His world weary face shows the honesty attempted by the sculptors of the day while remaining faithful to the standard conventions of Egyptian pose and proportions. This particular representation of the striped 'NEMES' head dress is one of my favourites as the proportion to my eyes, are perfect. The fine lines on a sculpture of this size is a marvel right down to the hint of the hawk dagger that is positioned on an angle in his kilt.

The other feature that deserves comment is the bone structure of that unique face. A little gruff perhaps but most telling of the stress of leadership in a time of great change. I also have available on occasion an image of his son Amenemhat III and you can see the family resemblance and fine sculptural style.