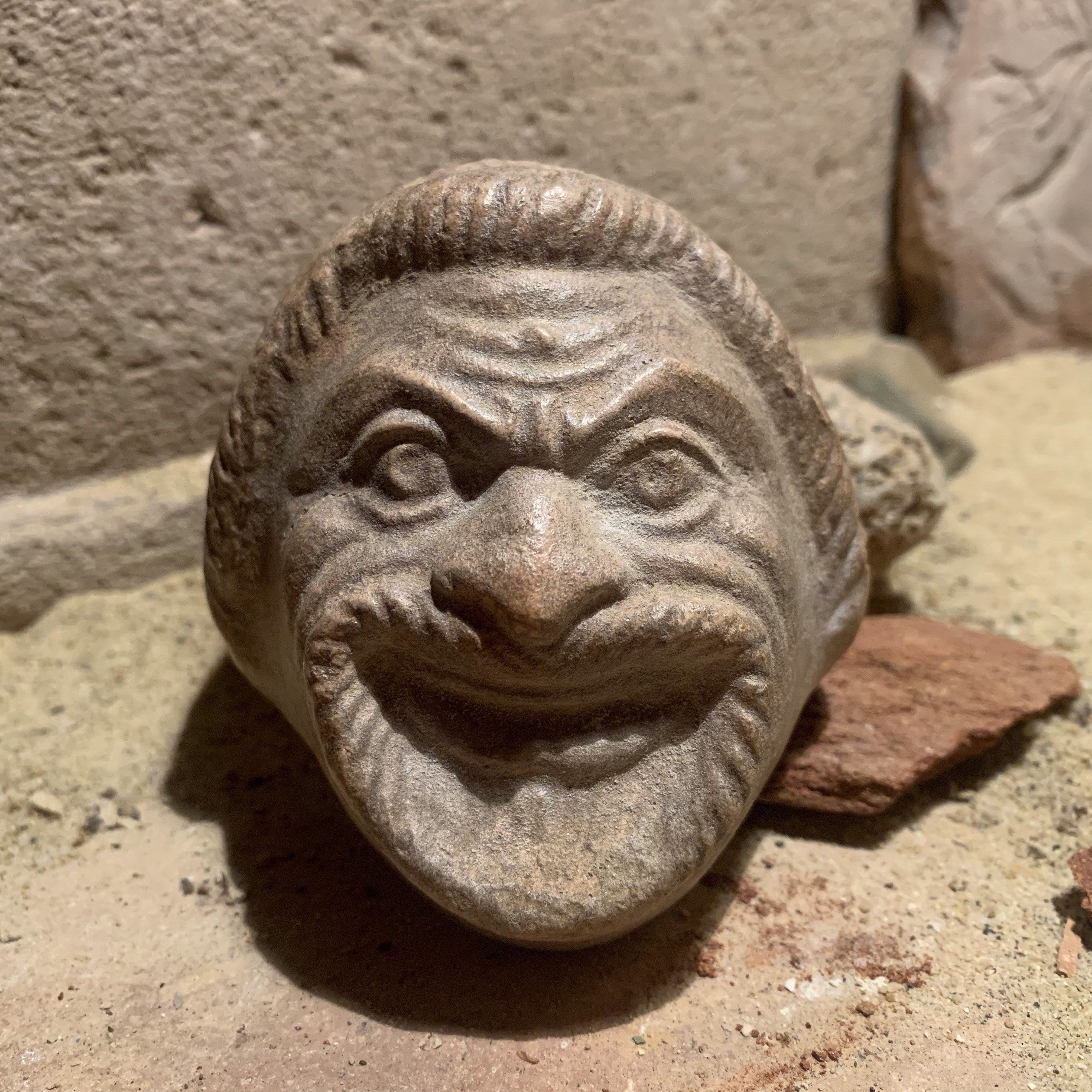 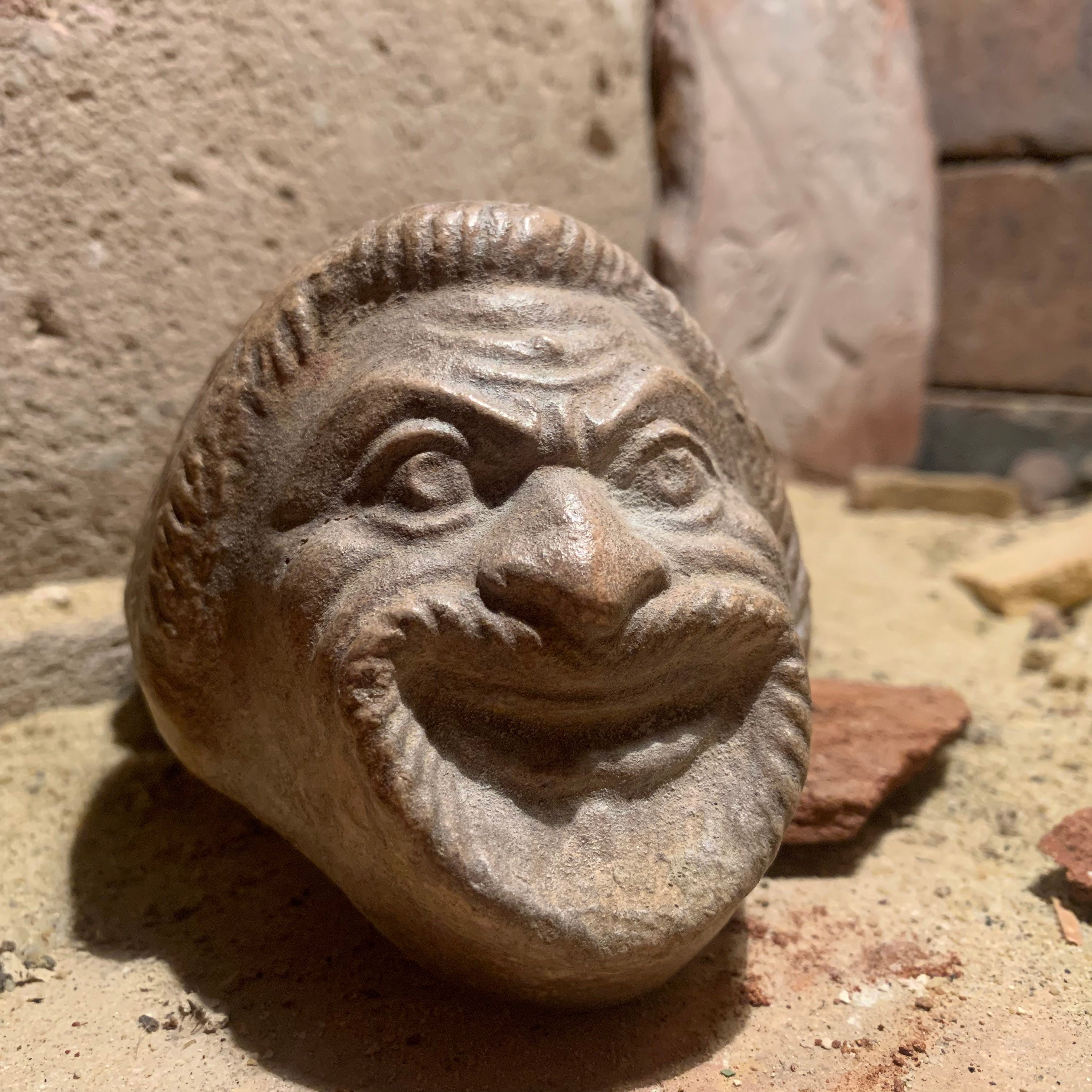 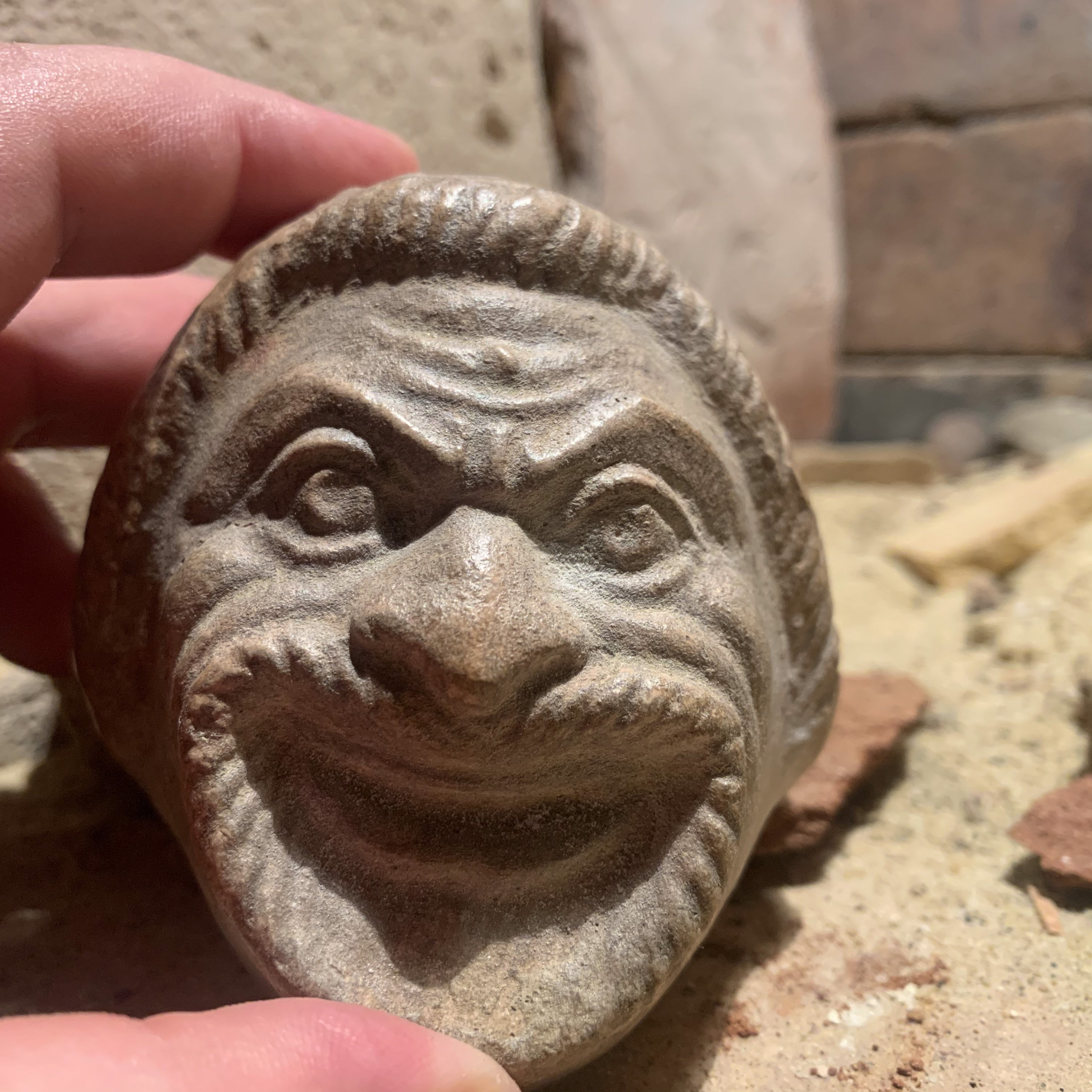 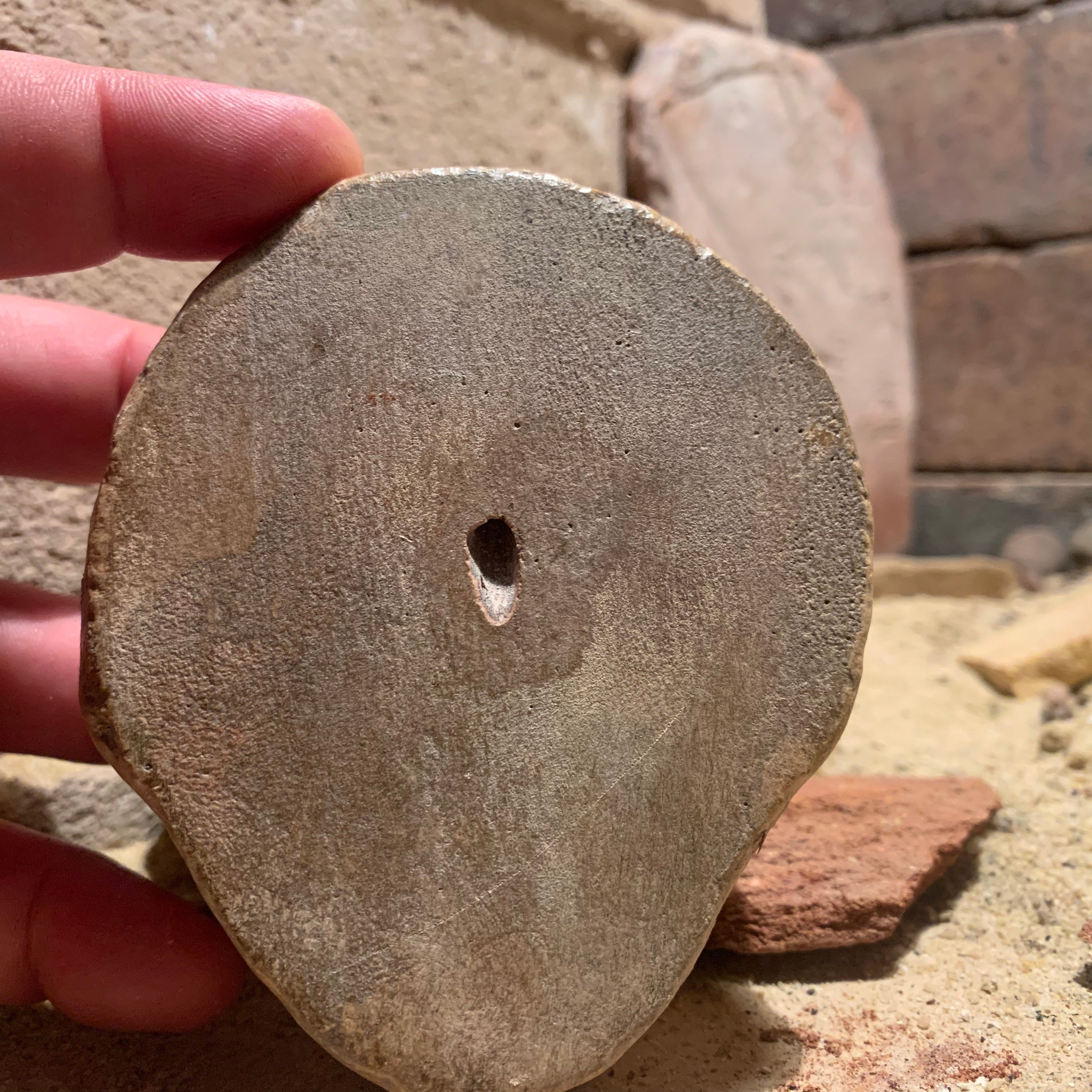 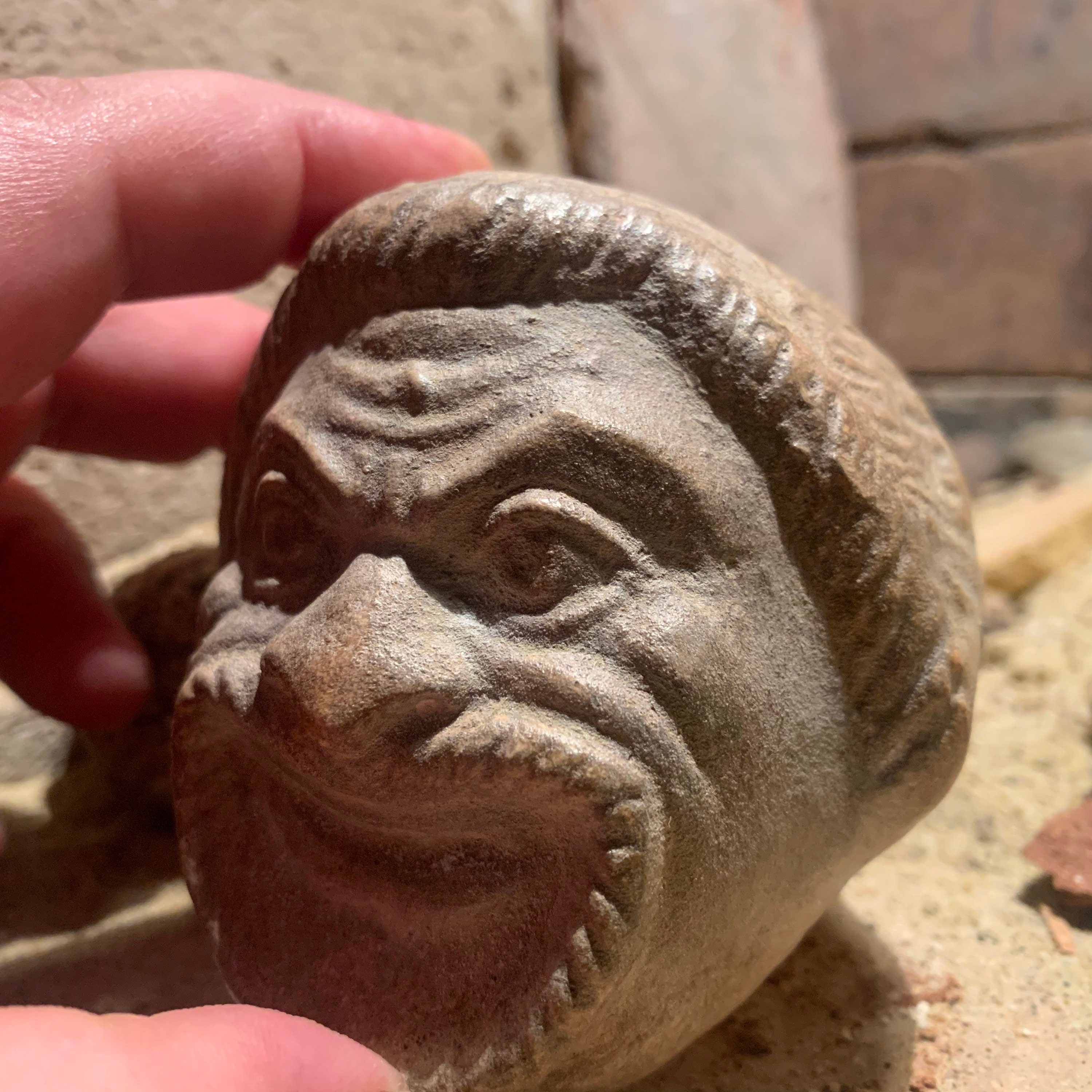 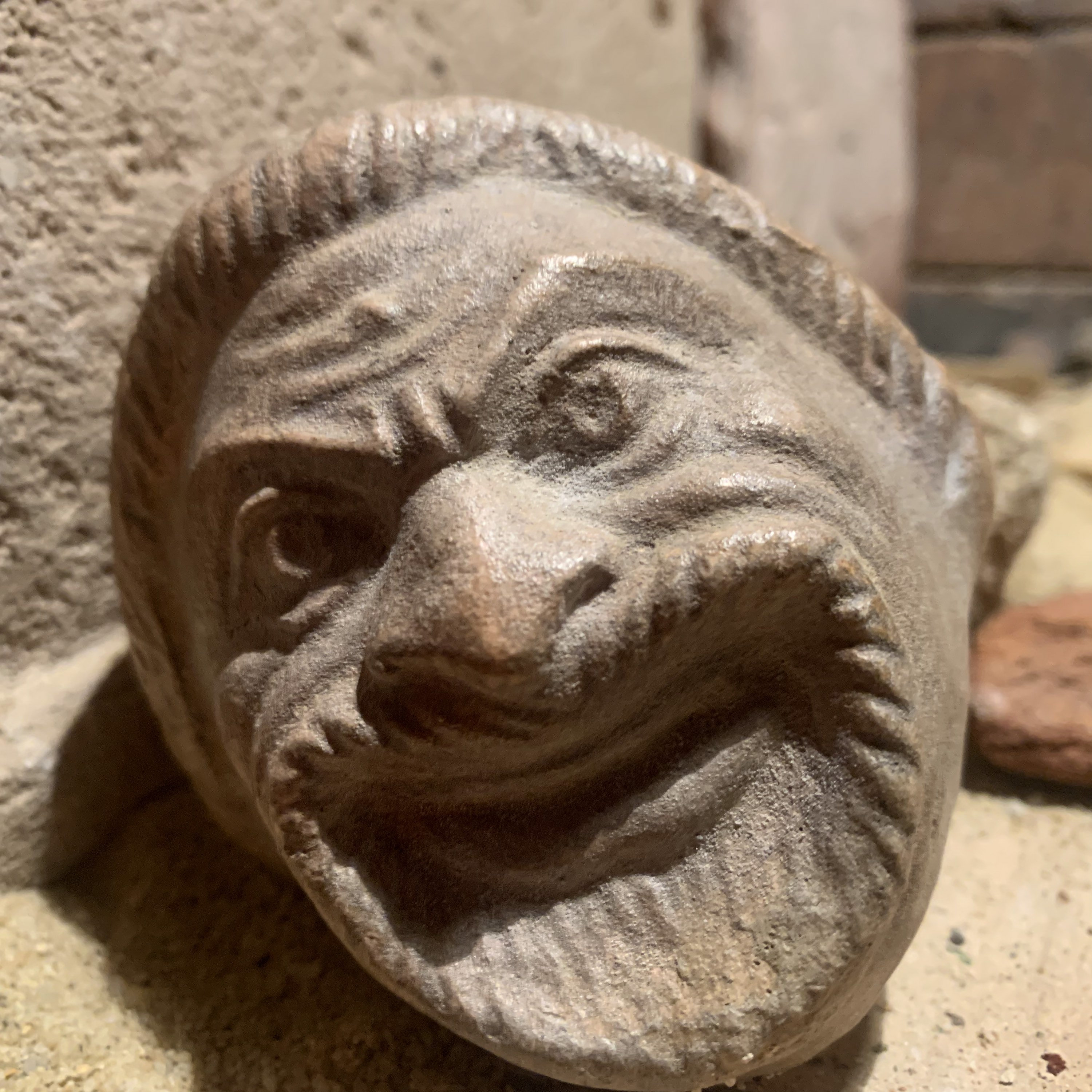 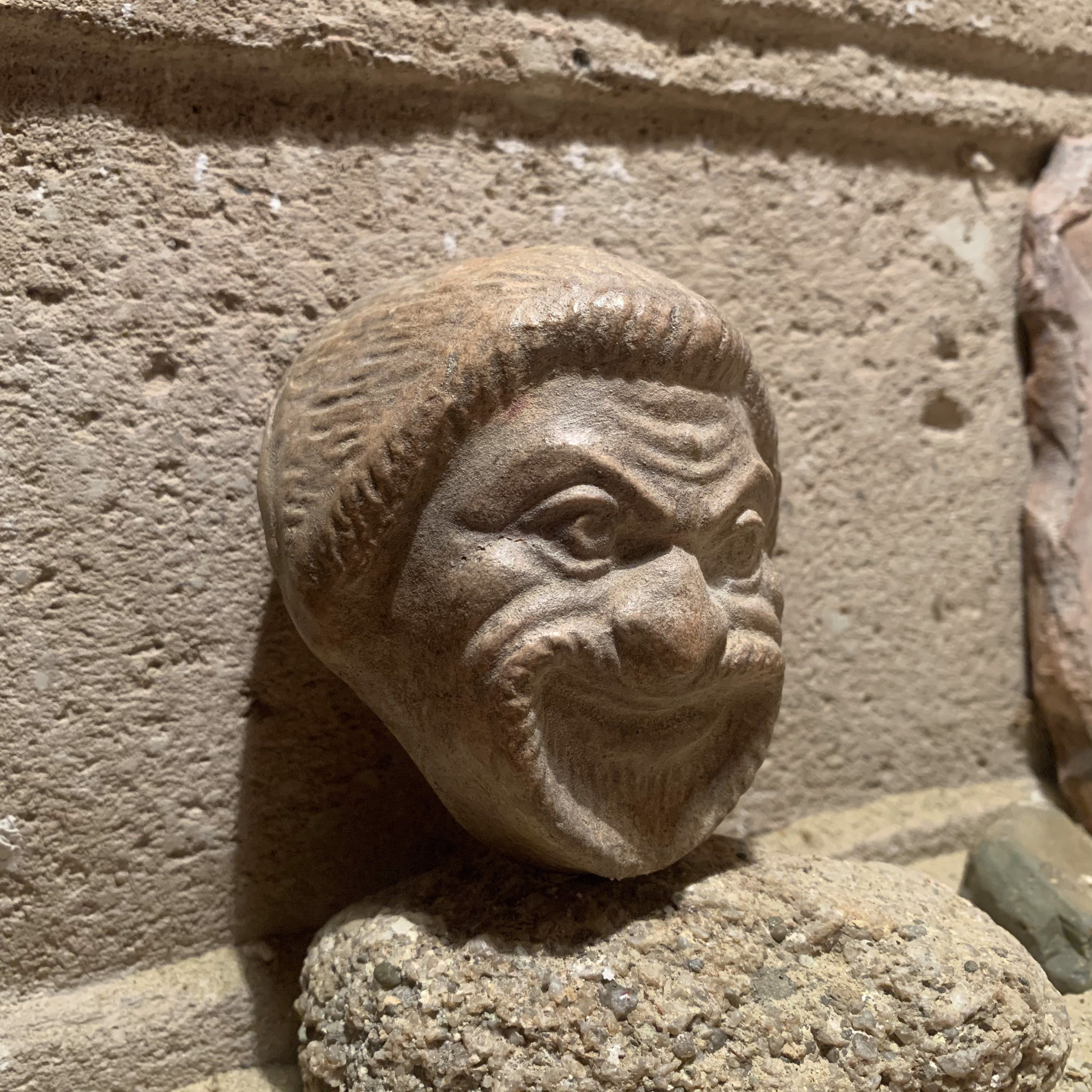 On offer here is replica of a Satyr antefix sculpture. It is a fine example of the type used to decorate wine jars or architectural components and joinery.
Satyr sculptures have been found right across the Mediterranean as the infuence of Greco-Roman culture was so profound. This example was discovered in the Delta region of the Nile river in Egypt which was home to many cities and towns in the Greek and Roman eras.


Made of a limestone and quartzite composition stone, it has an aged patina and has been carefully drilled on the back creating an angle to receive a small nail or hook for wall display.

Depicted as puck nosed with bristling hair, budding horns and goat’s ears, tail and sometimes hooves, they would be heard clopping through the forests frolicking in merriment. They were also to be seen in the imagery of the feasts of Dionysis as they were prone to drunken debauchery.