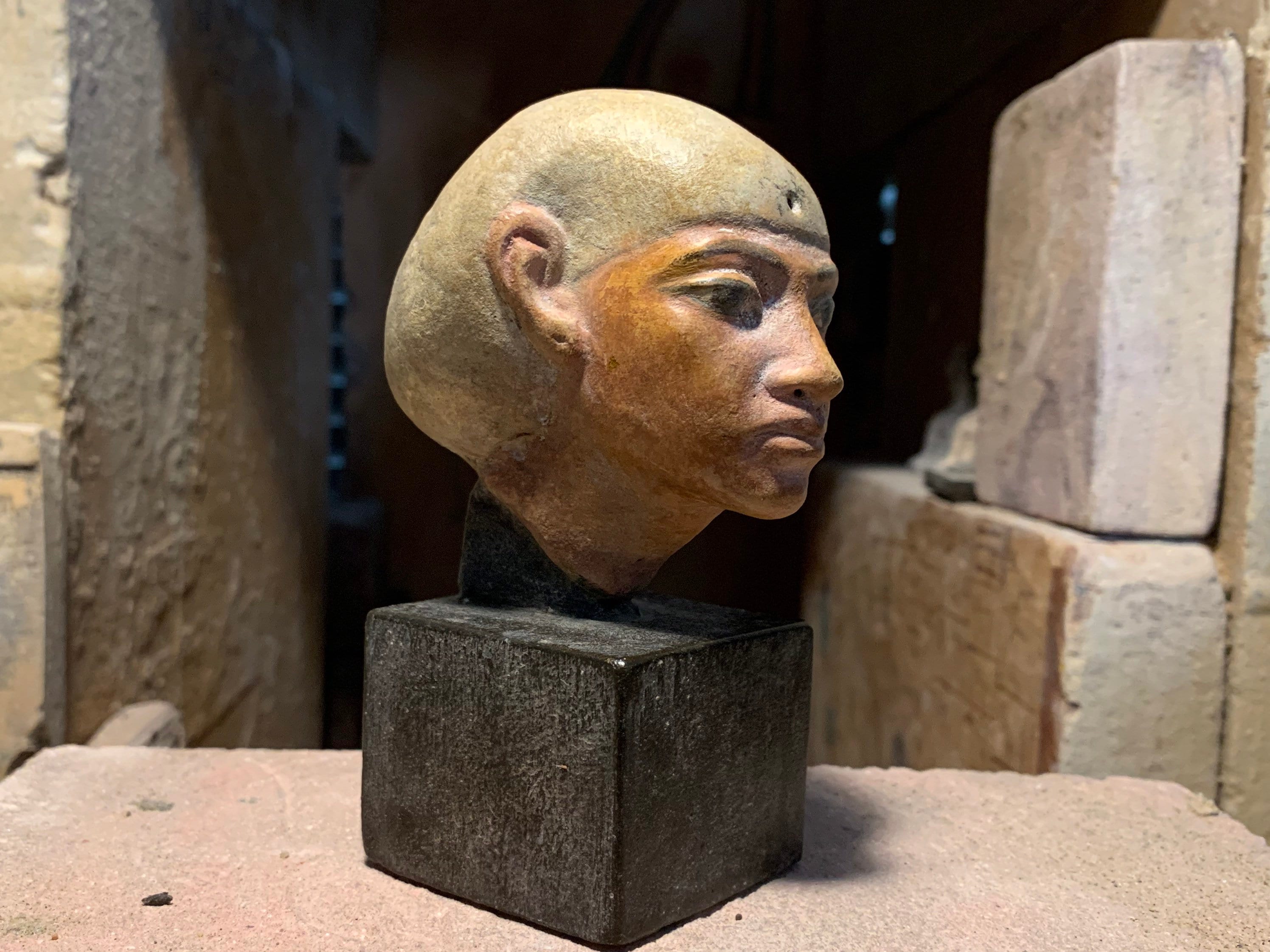 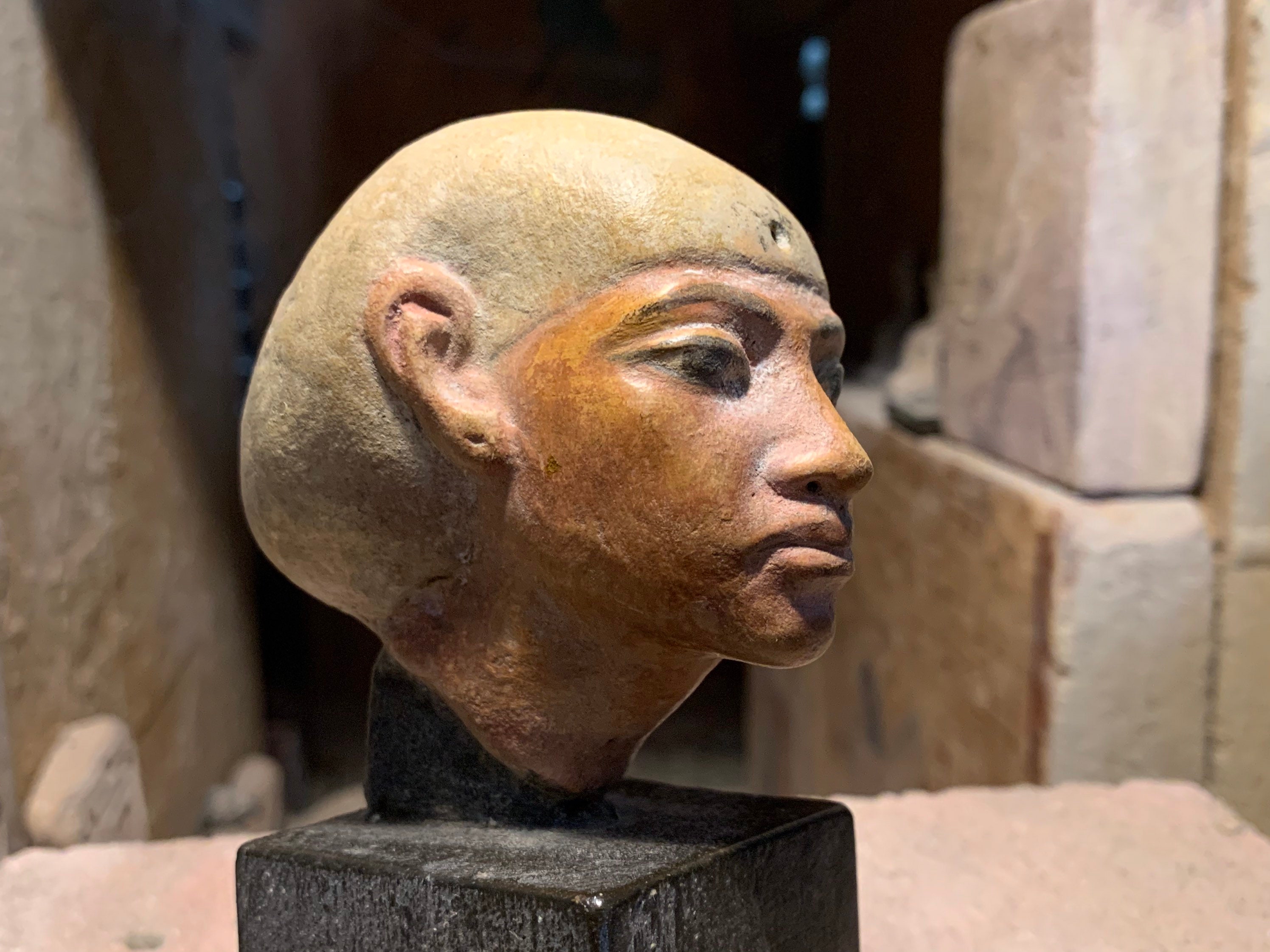 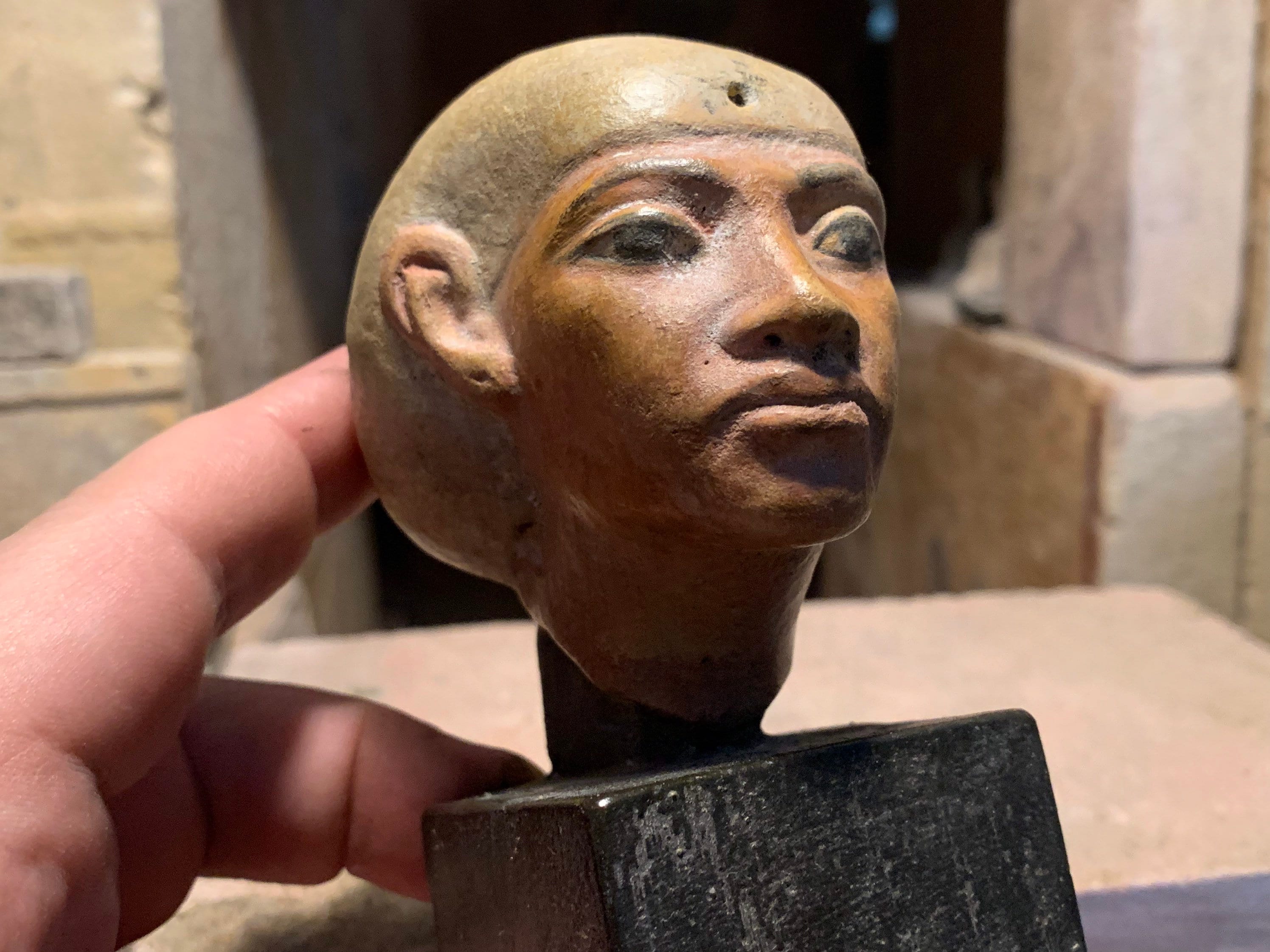 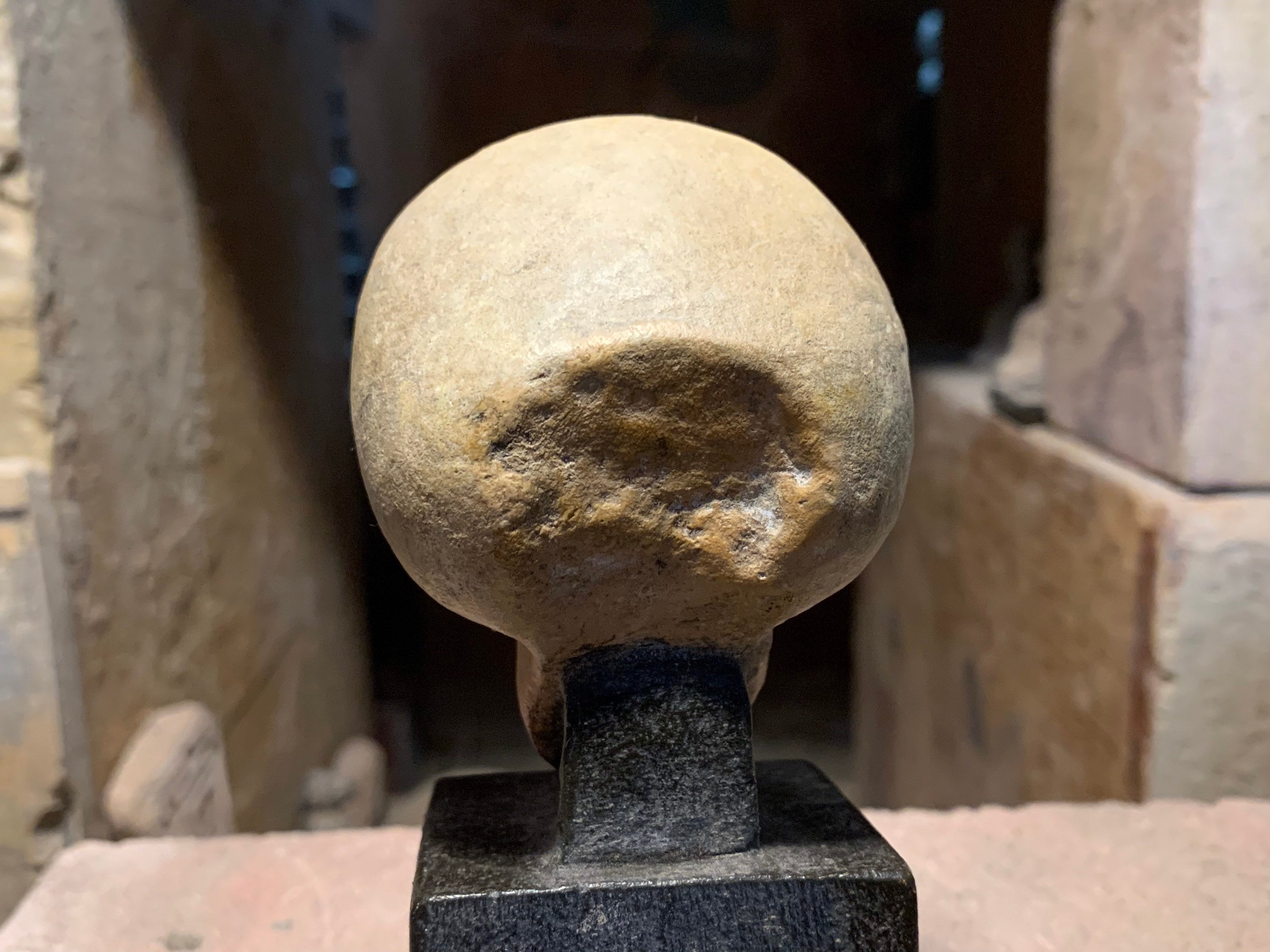 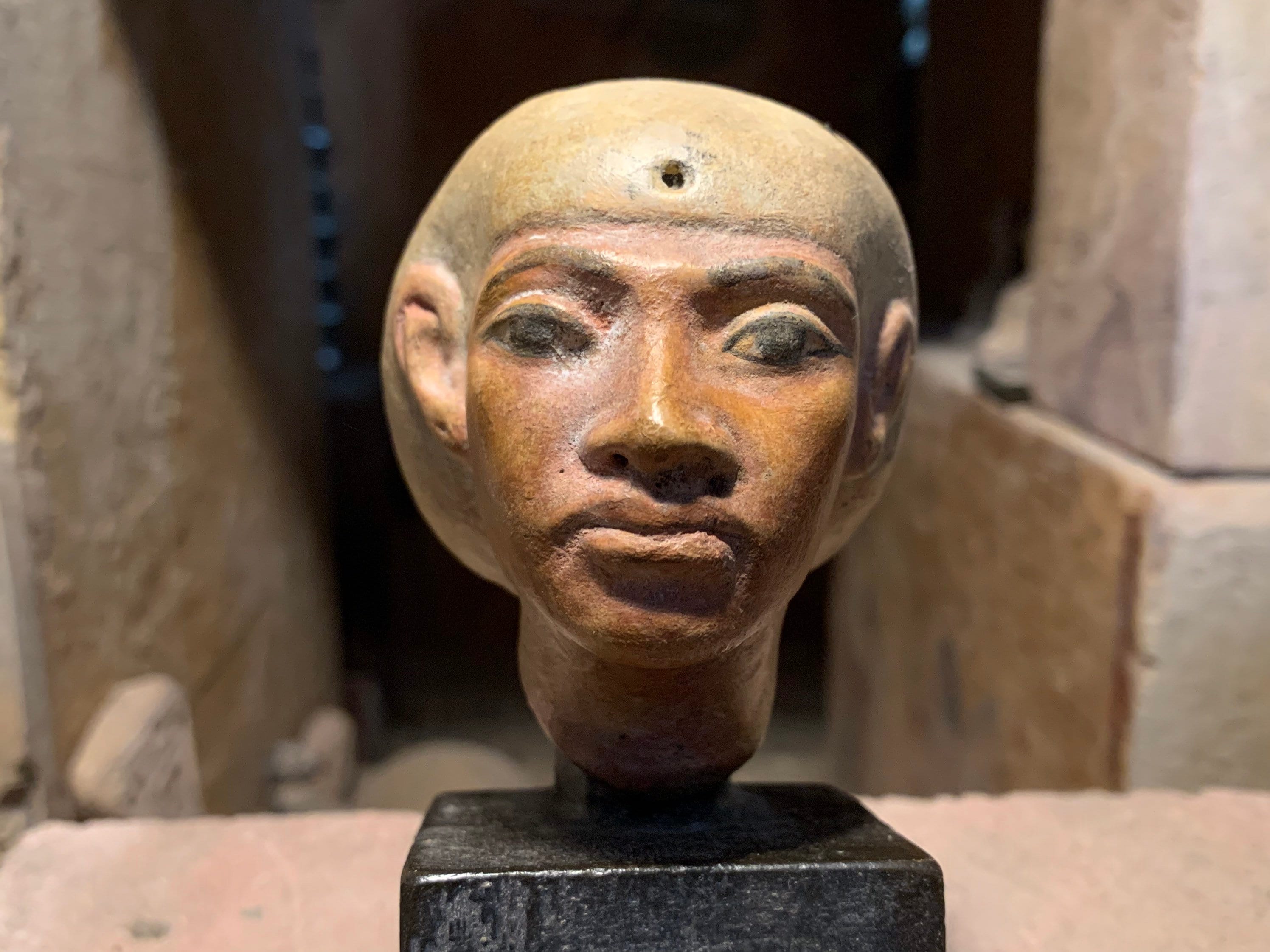 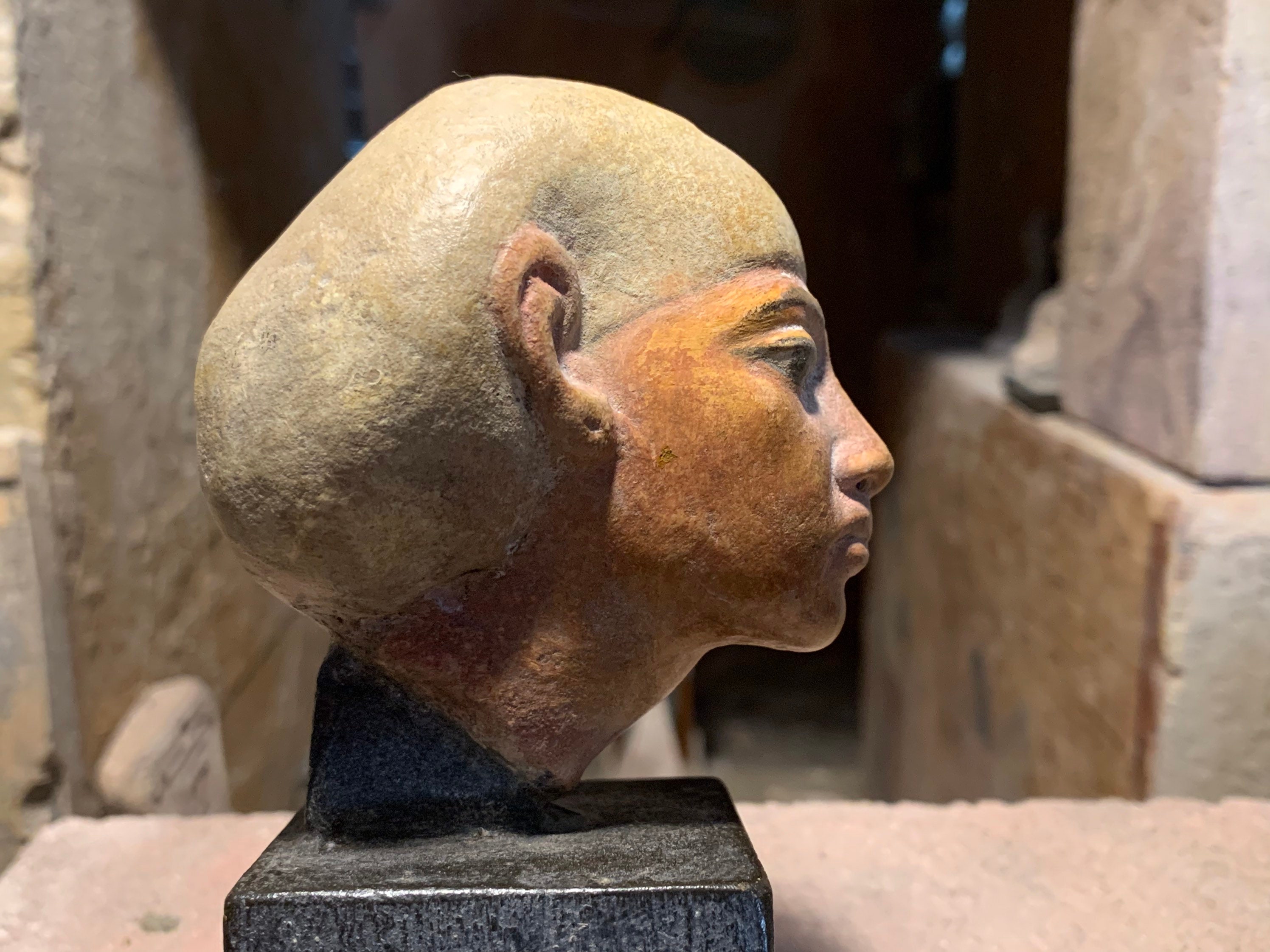 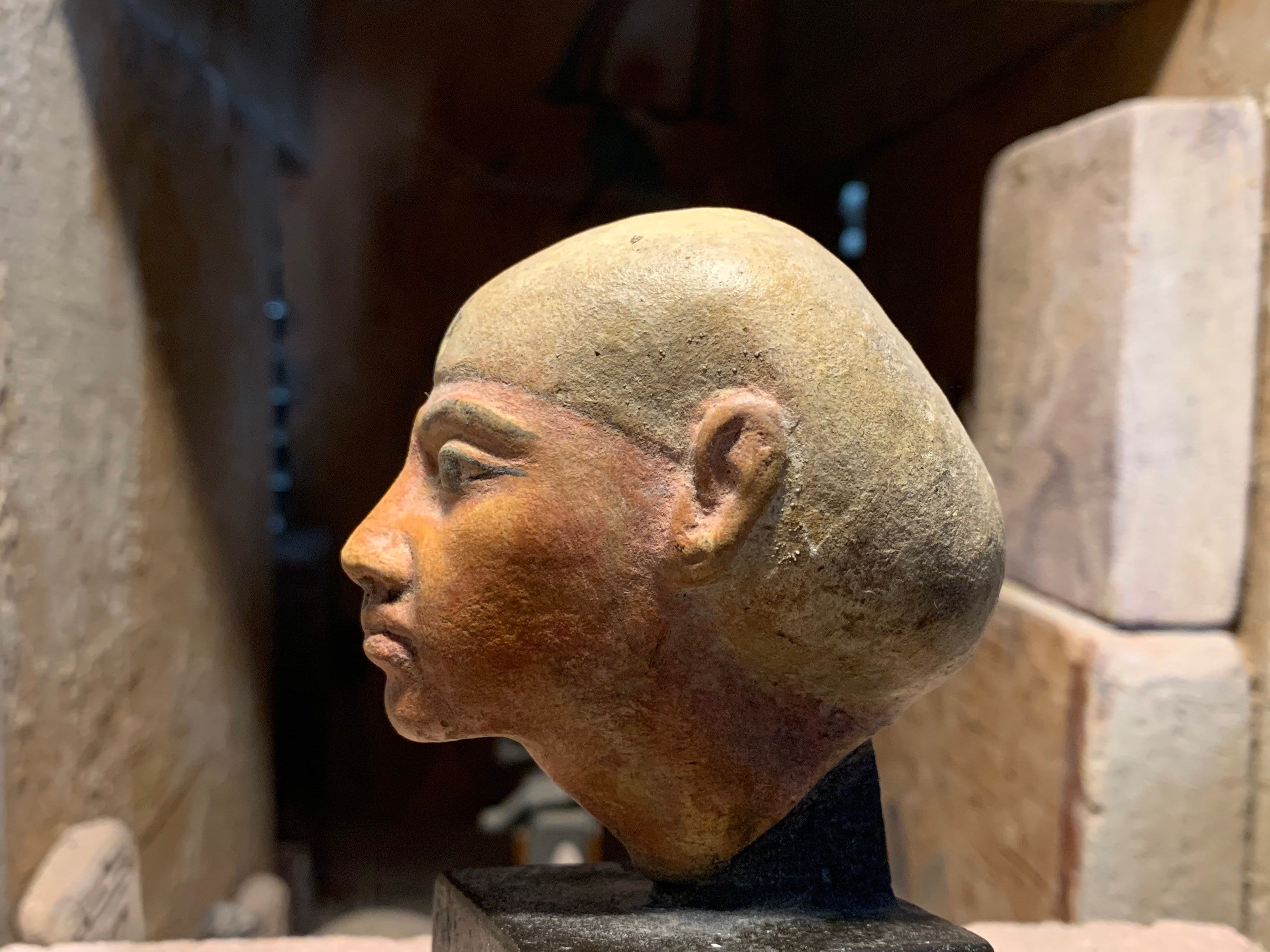 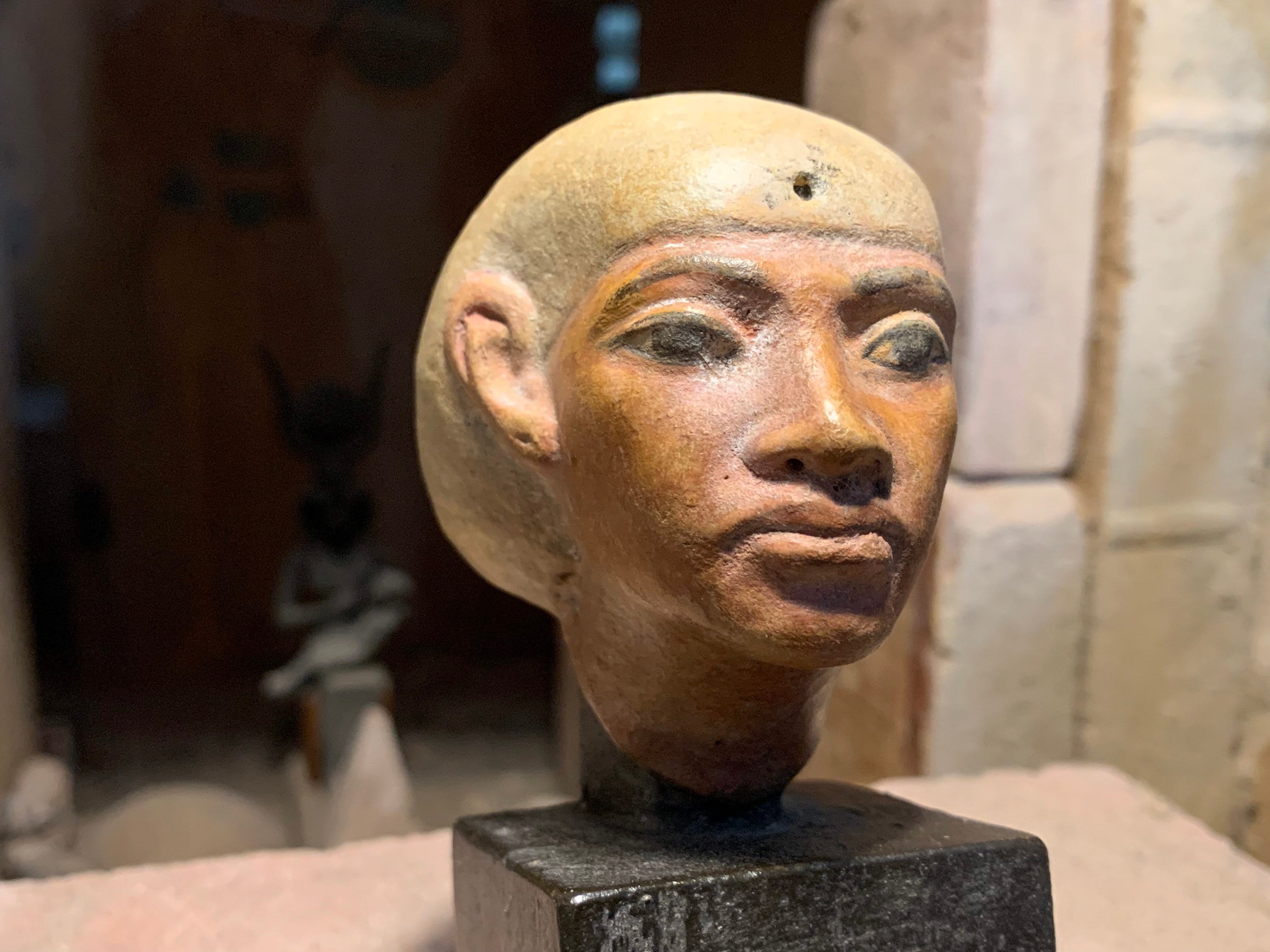 Made of a limestone and quartzite composition stone with carefully hand painted details replicating tones of the original fragment. It is mounted on a felt lined base and responds very well to overhead lighting. A simple desk lamp has been used in these photos and the contours of the face are the most striking feature of this particular representation of Queen Tiye.

On offer here for the collector of Amarna era artworks is a rare depiction of Queen Tiye, one of the great personalities of the ancient world and the great royal wife of Amenhotep III.

The influence of the revolutionary Amarna art style is quite evident in this piece showing a clear departure from her earlier representations.

Queen Tiye toured Amarna in year 12 of Akhenaten's reign and this piece perhaps, was one of the last images made for her while she was still alive. She died not long after her visit.

The down turned lips are the greatest signature of Queen Tiye showing a world weary disdain in later portraits.

It is a fabulous piece and the angle of the neck indicates it could possibly have been part of the decoration of a chair. (see the example of the Princess Sitamun chair from Yuya and Thuya's tomb) It could also have been part of a harp's decoration as portraits are often shown on the base curve of surviving harp examples and in tomb reliefs and paintings.

The choice of the 'Khat' headdress that was a popular choice worn by King and Queen during this period is present here. It must have been a comparatively lightweight cloth construction compared with some of the more complex crowns worn in ceremonial circumstances.

On the brow of this Khat can be seen a small depression that marks where an ancient uraeus would have been attached. The uraeus was the protective cobra worn by Kings, Queens and the gods.