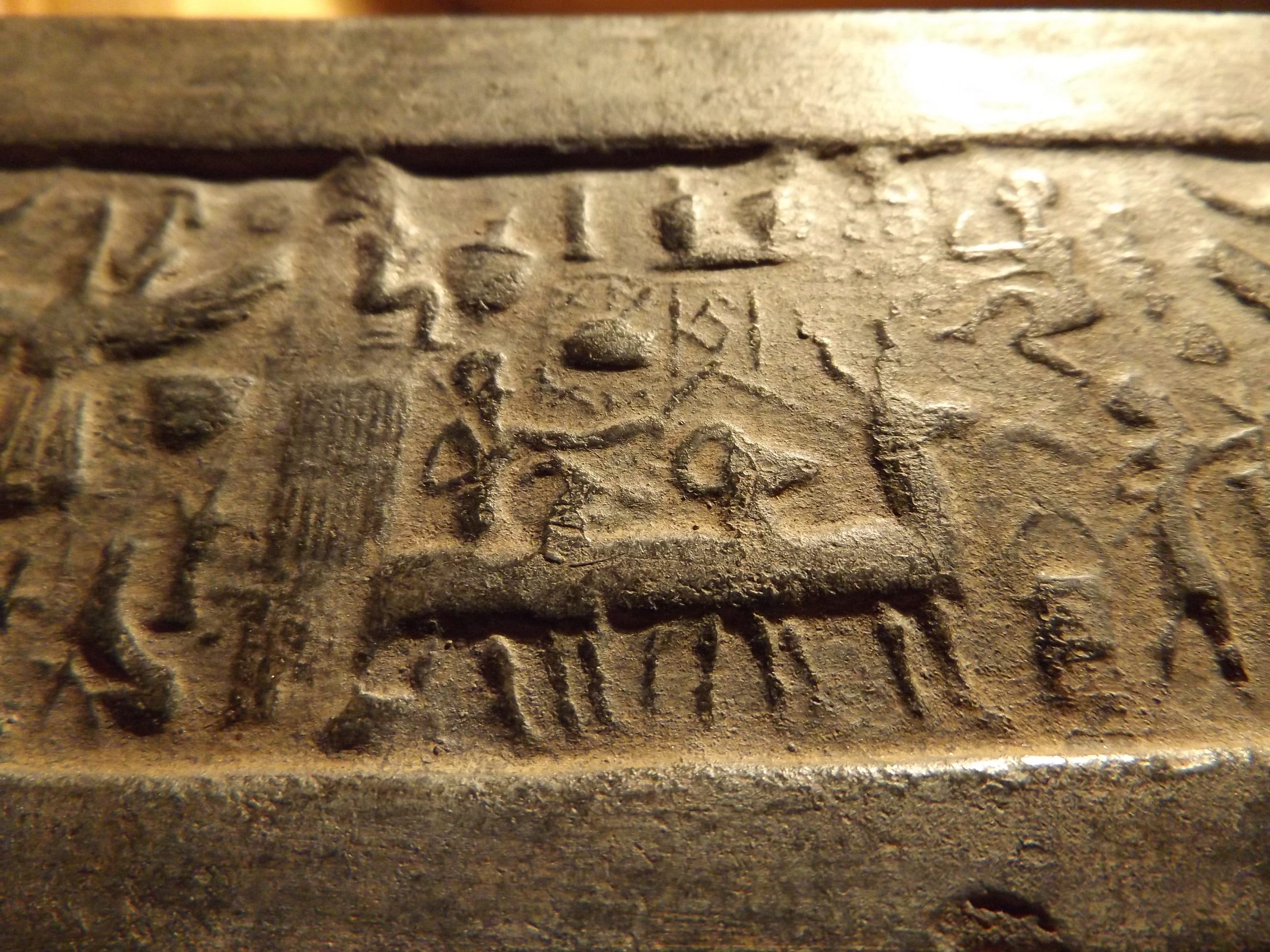 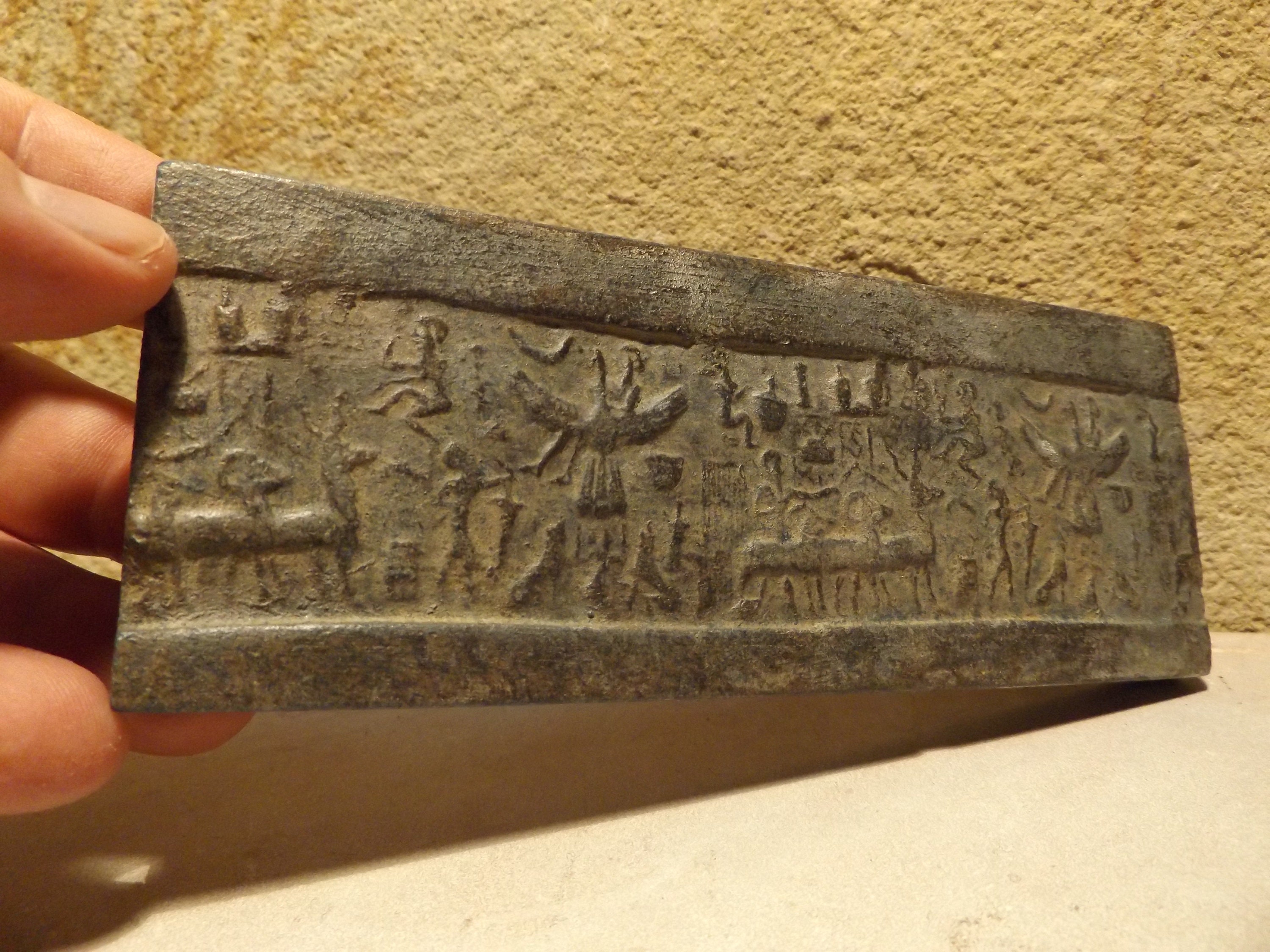 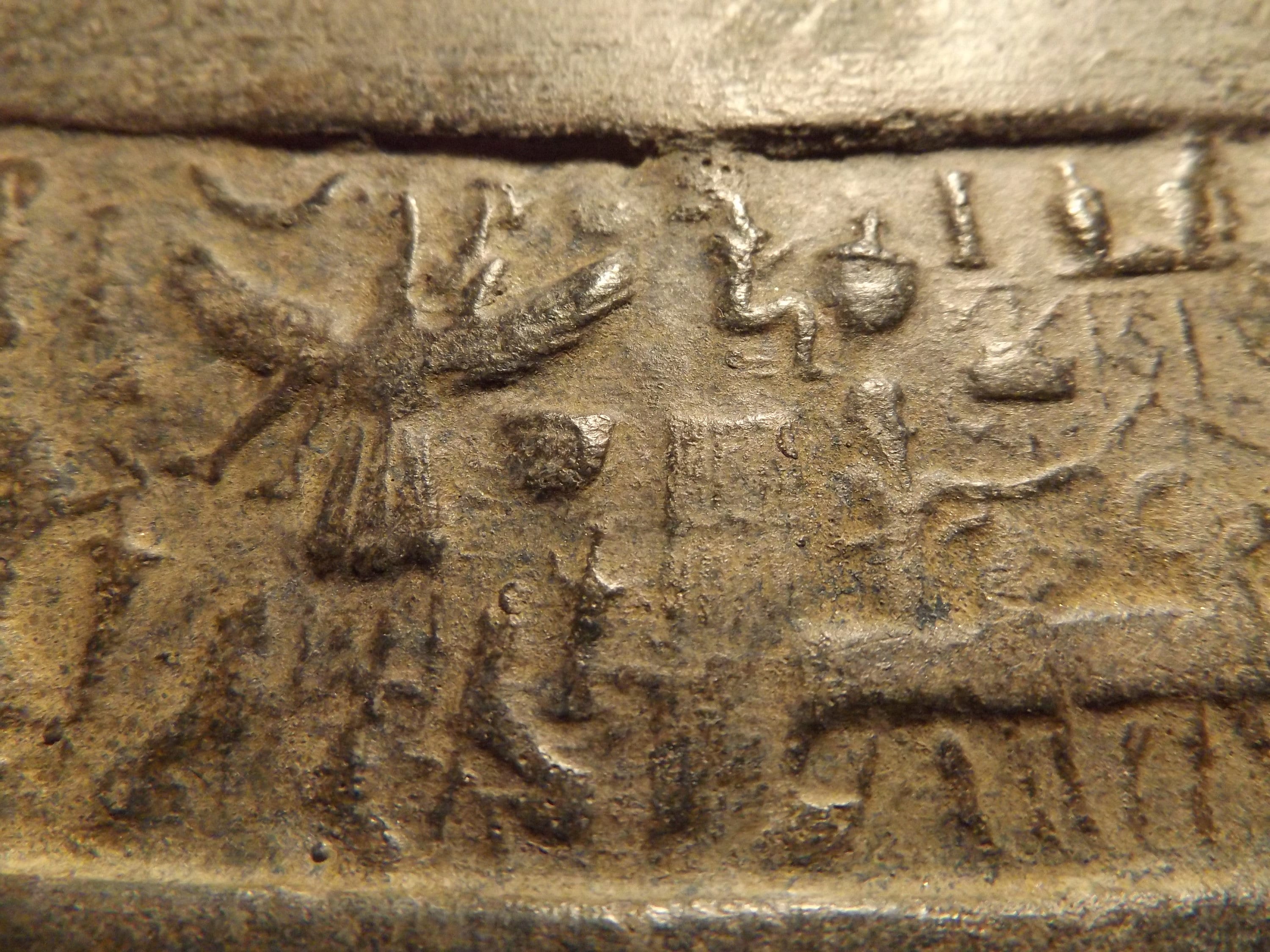 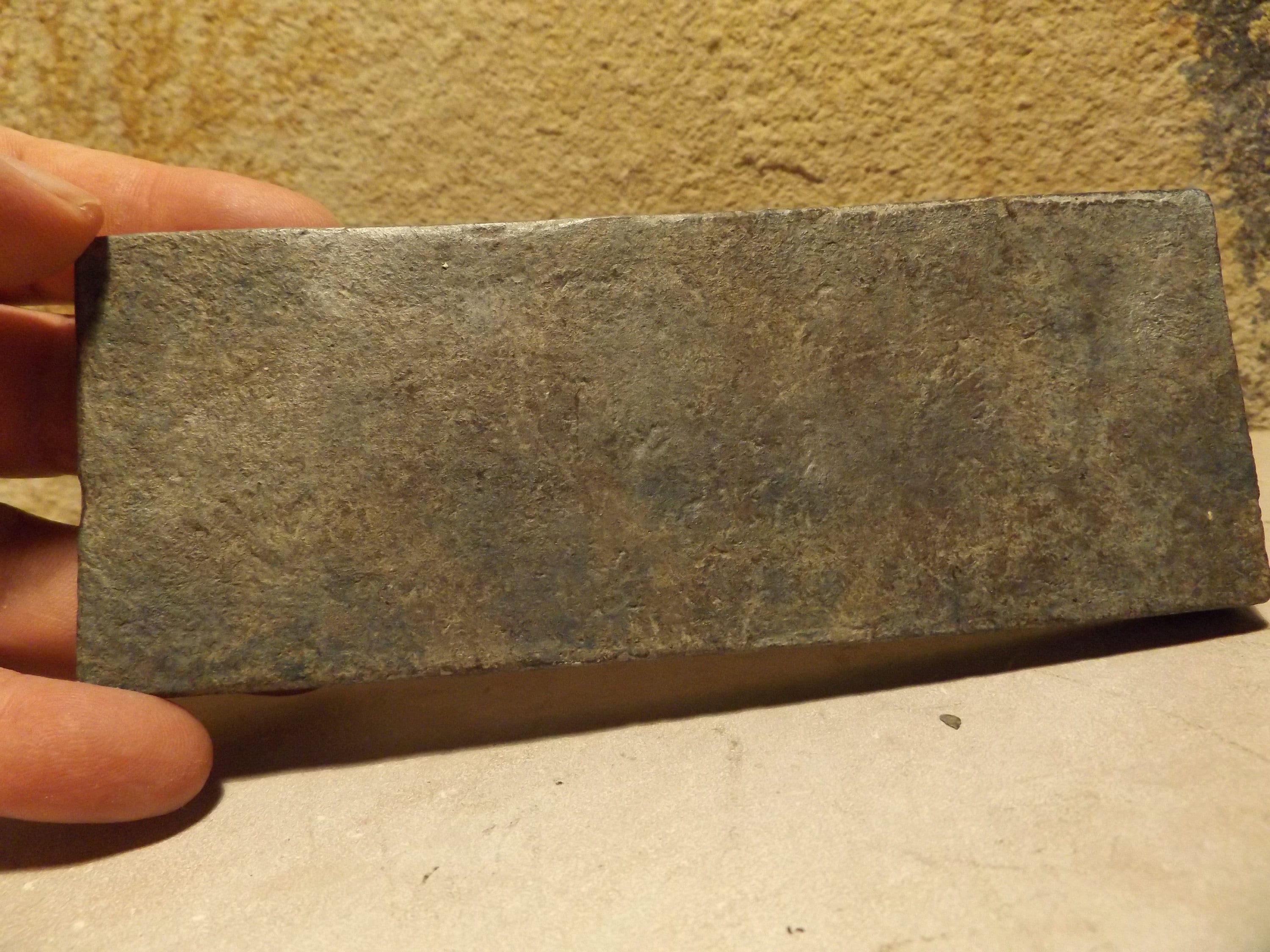 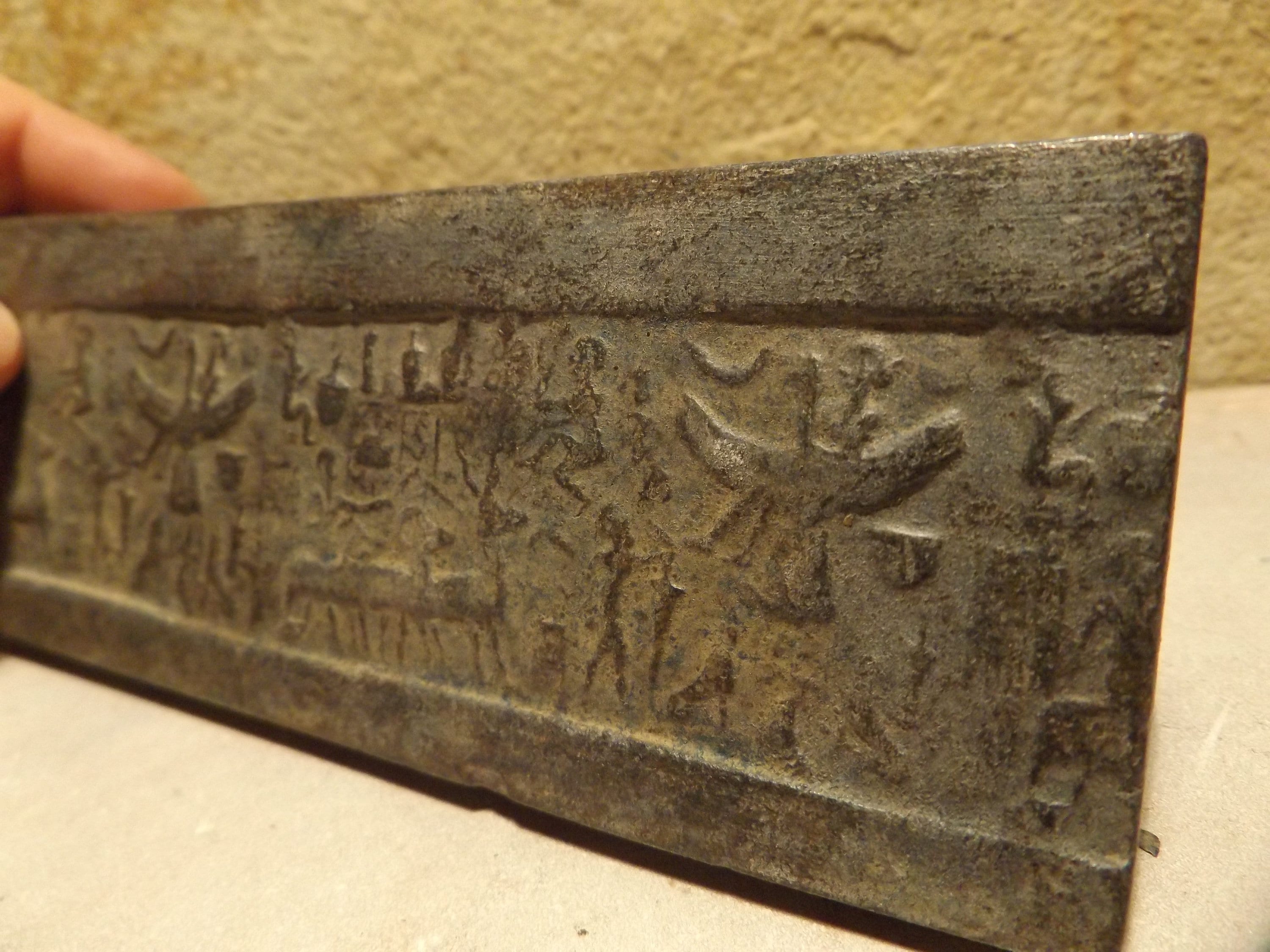 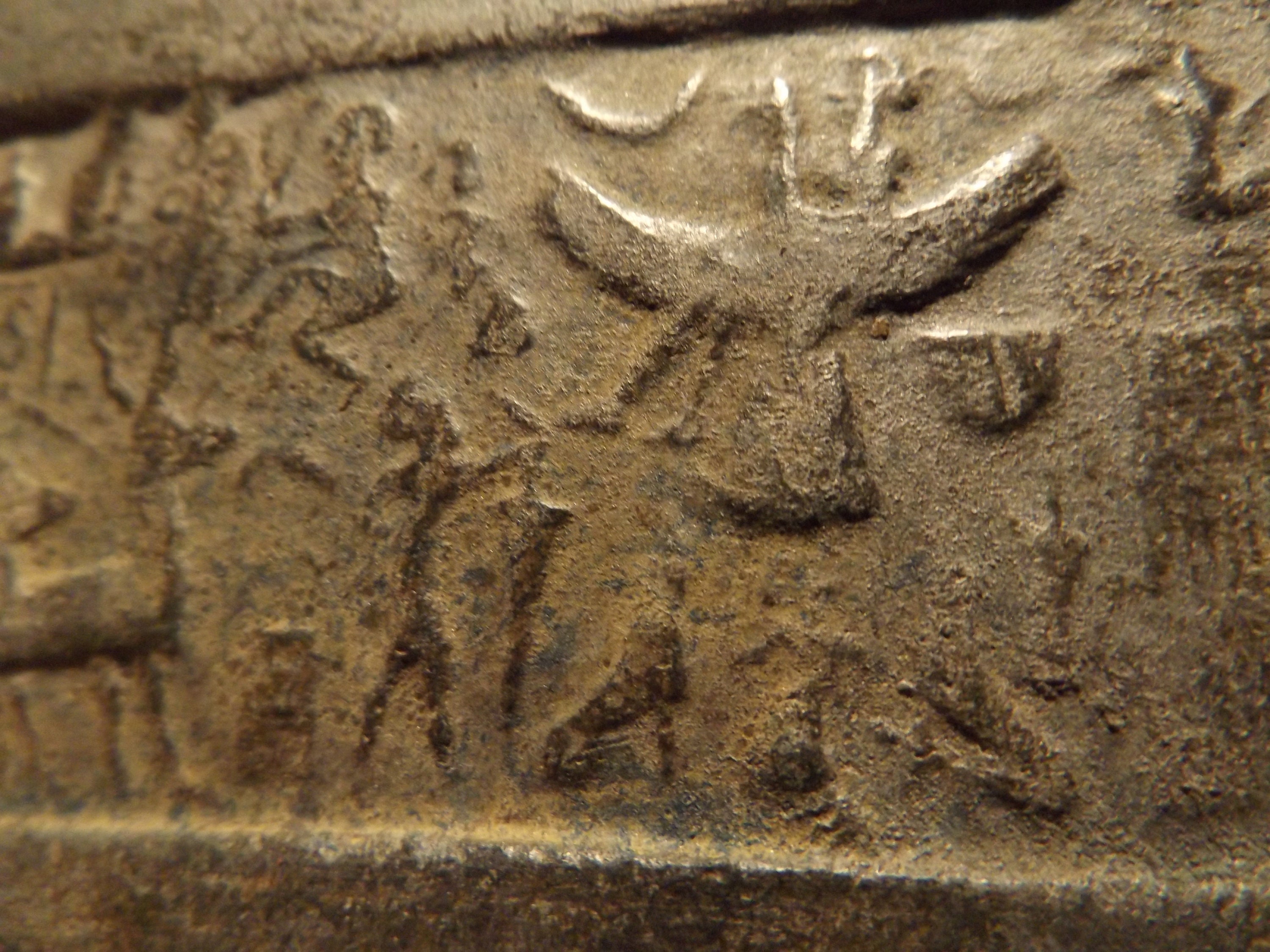 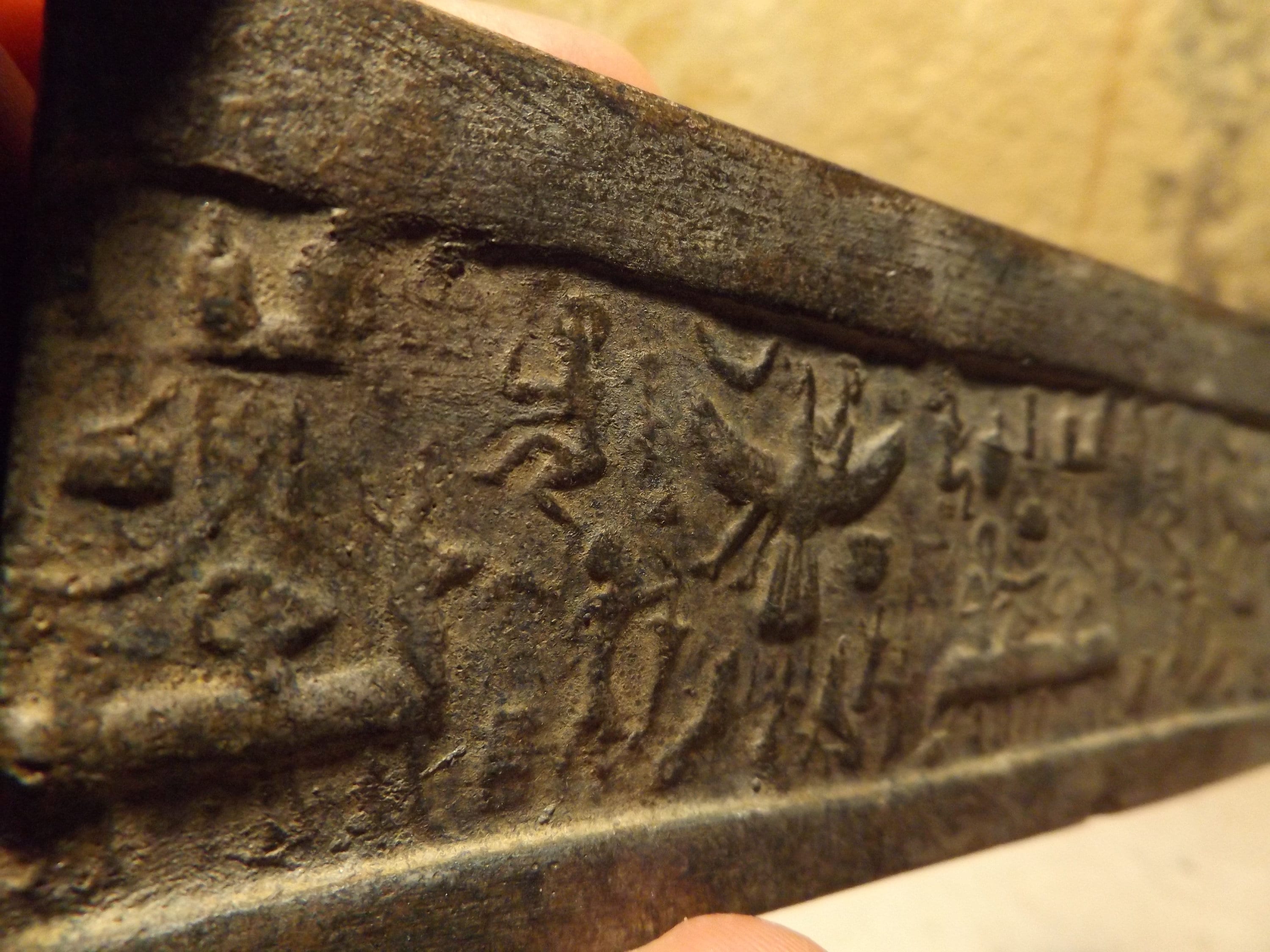 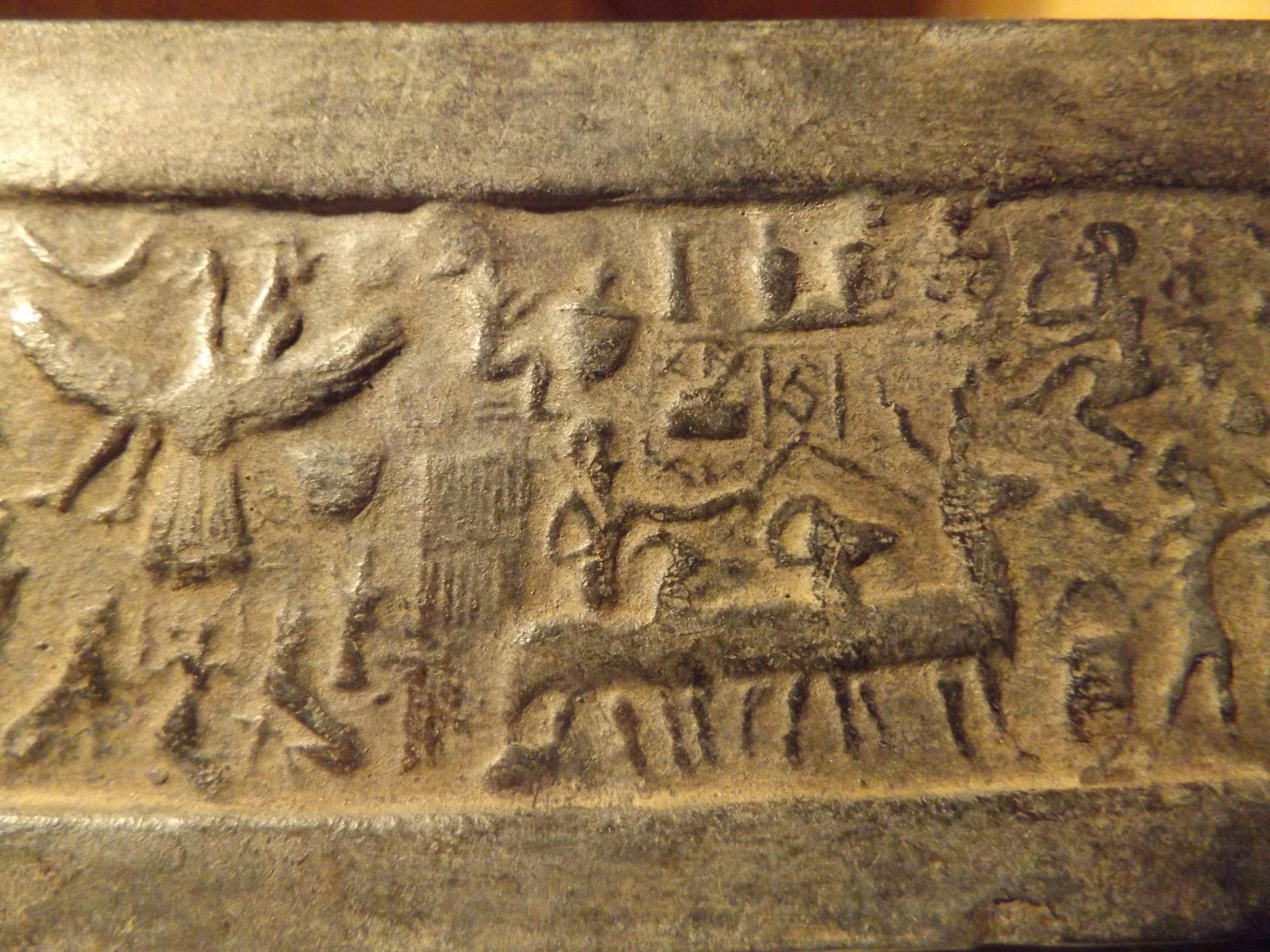 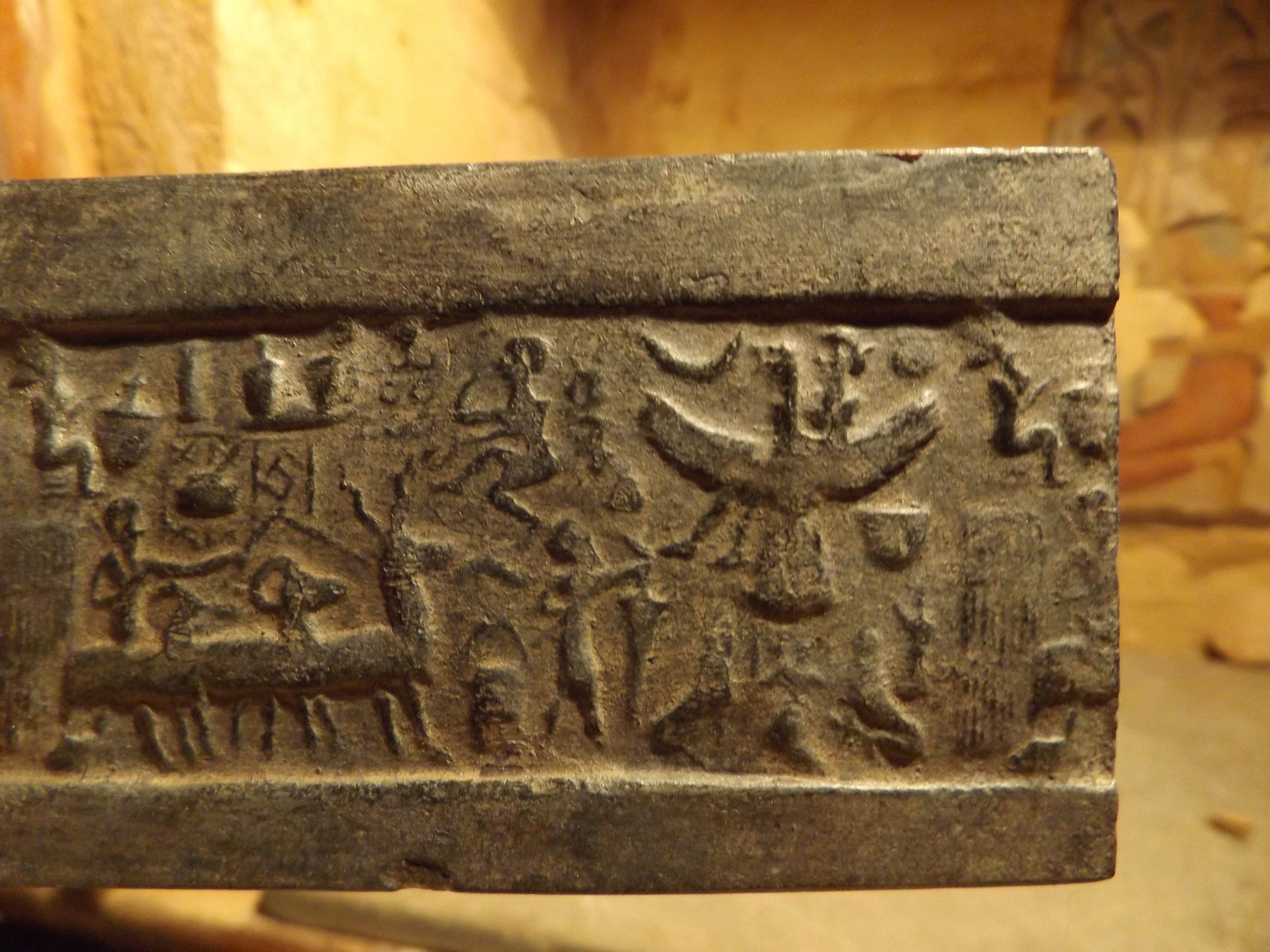 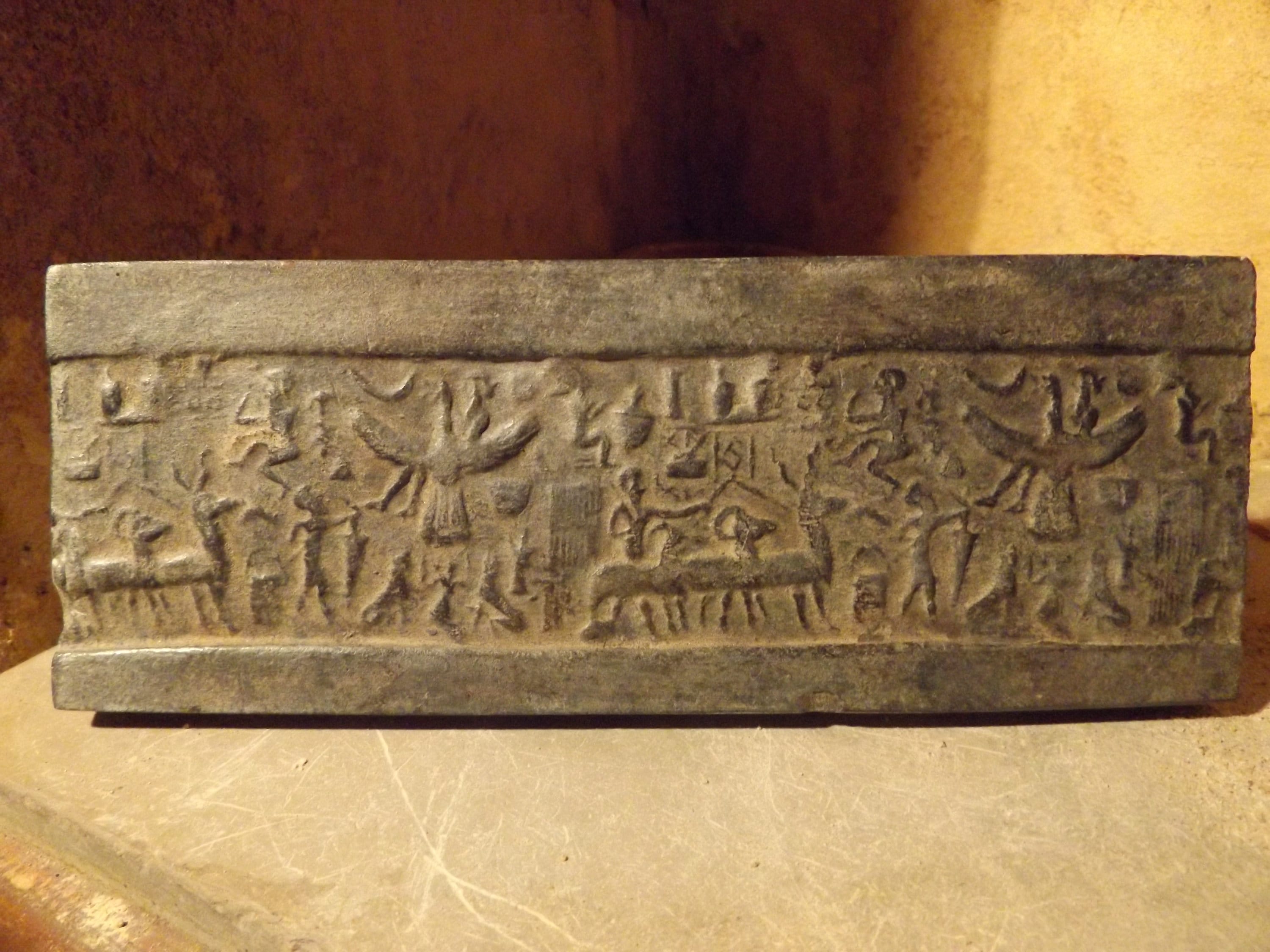 Made of a limestone and quartzite composition stone it has an aged patina with a light polish.

On offer here is one of the largest and most important seal impression replicas in the collection. The subject matter is the cause of much fascination as it deals with a pivotal moment in ancient Mesopotamian history and mythology.
It is also an illustration of the key ancient story that modern ancient alien theorists use to point to extra terrestrial intervention in the past.

The seal design is festooned with little details concerning this epic story.
Etana floating above the earth.
Animals and men looking skyward as Etana is being held aloft again by an eagle.
Below the eagle are a pair of hounds with heads also pointing skyward.
A reed door and an altar stocked with offering vessels can be seen to the right.

Background information
The essence of the story centers on the king of Kish - King Etana who ruled after the documented great deluge - the great ancient flood that survives as a happening in later Biblical history.
Etana couldn't produce children and was given the opportunity to do so after he helped a starving eagle.
The eagle said to Etana that he would take him to meet the 'sky father' deity known as Anu and he would give him the seed of life or the plant of birth. This he agreed to but as he began his ascent, being the first mortal to rise above the earth, he became afraid. He returned to earth without the seed but he tried a second time and this time he had a successful encounter with the god as he was then able to produce his son Balih.

Much more can be read into the story and variations are known as the story was passed down into successive generations.

The alternative viewpoint of the myth is the ancient alien theory that points to this most ancient and detailed story is a document of alien intervention with man. Rising to heaven with the eagle - they suggest was actually a U.F.O and the plant / seed of life referring to genetic engineering of man. Other tantalizing details of the story speak of Etana seeing the world get smaller and smaller as he rose up and stating the 'world was but a clod and the salt sea a mere wicker basket'. They were headed for the star of Ishtar (Venus) when he had felt he had gone high enough and wanted to go back to earth.

The postscript is that after Etana ascended to the heavens, on his second return, he was able to consolidate the various countries that existed at the time under his rule and he was thus known as a shepherd of man.