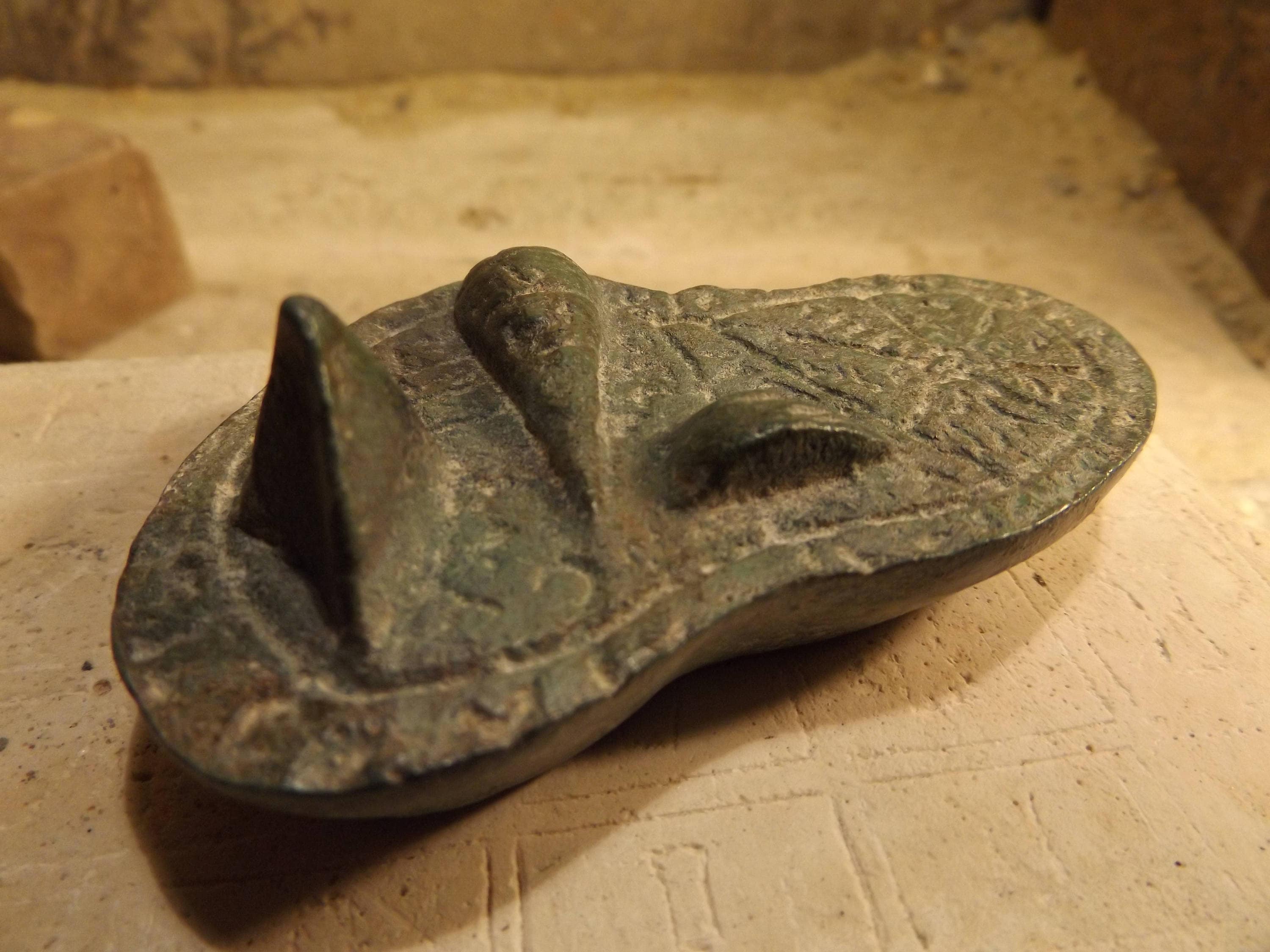 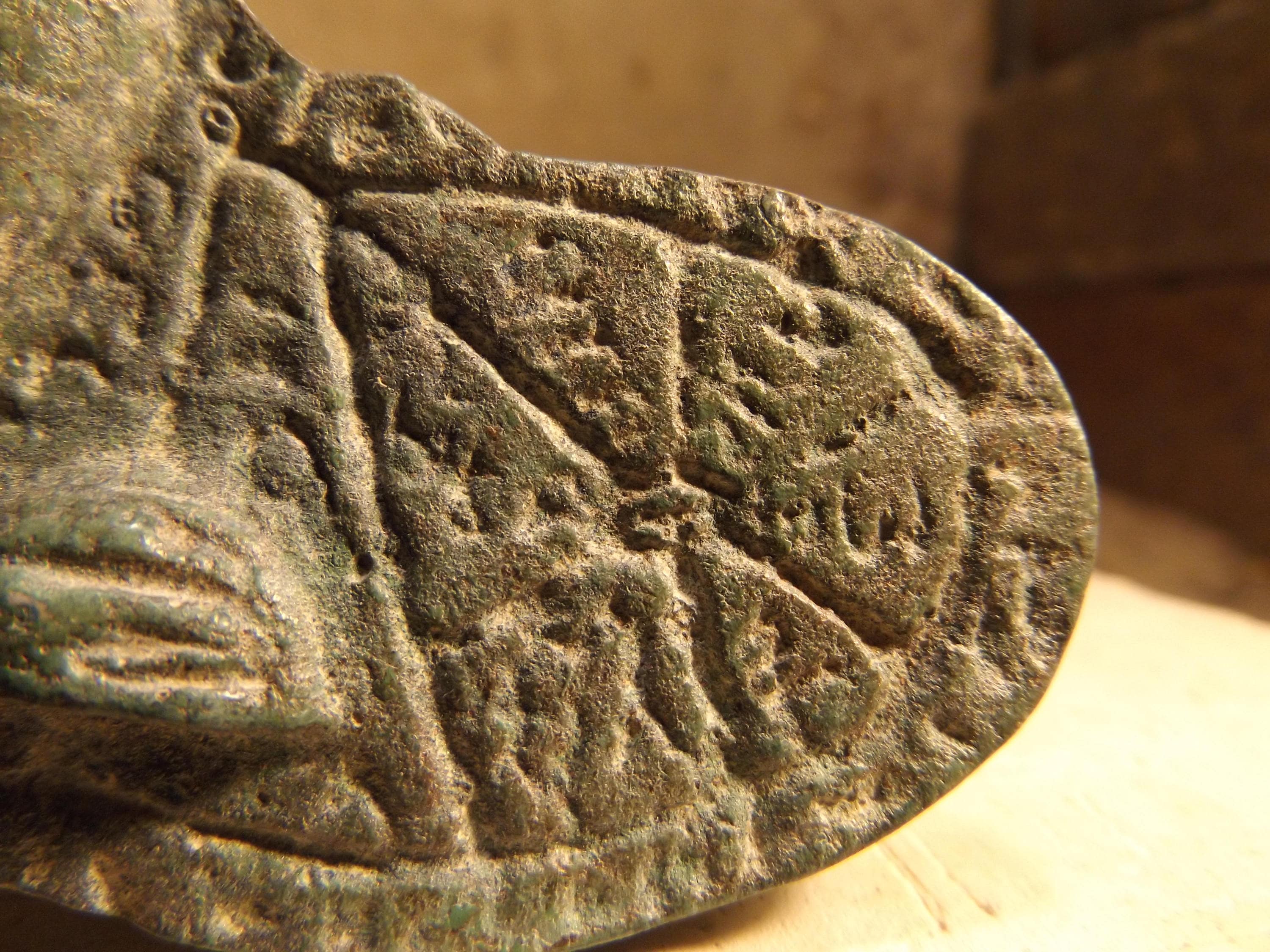 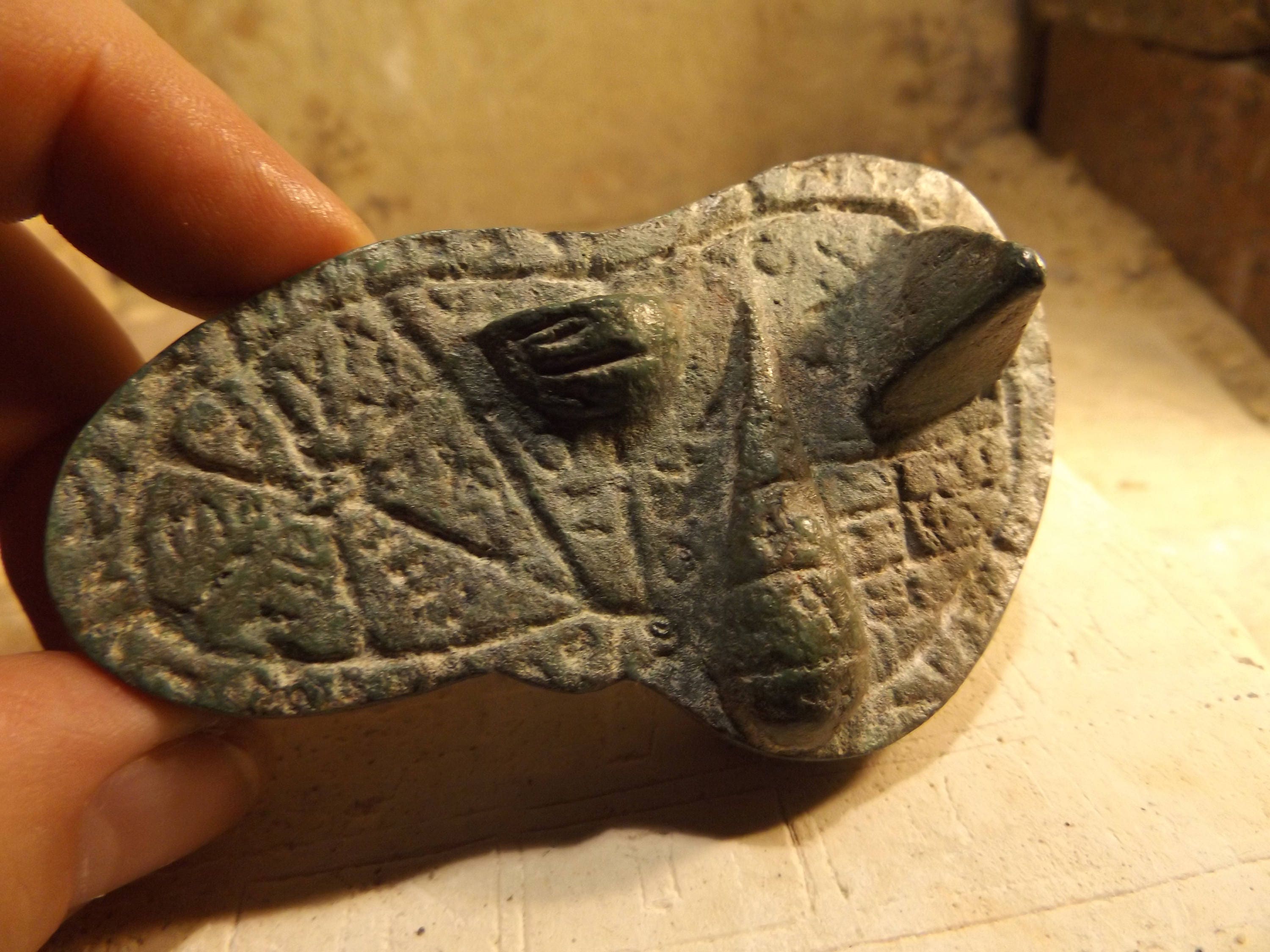 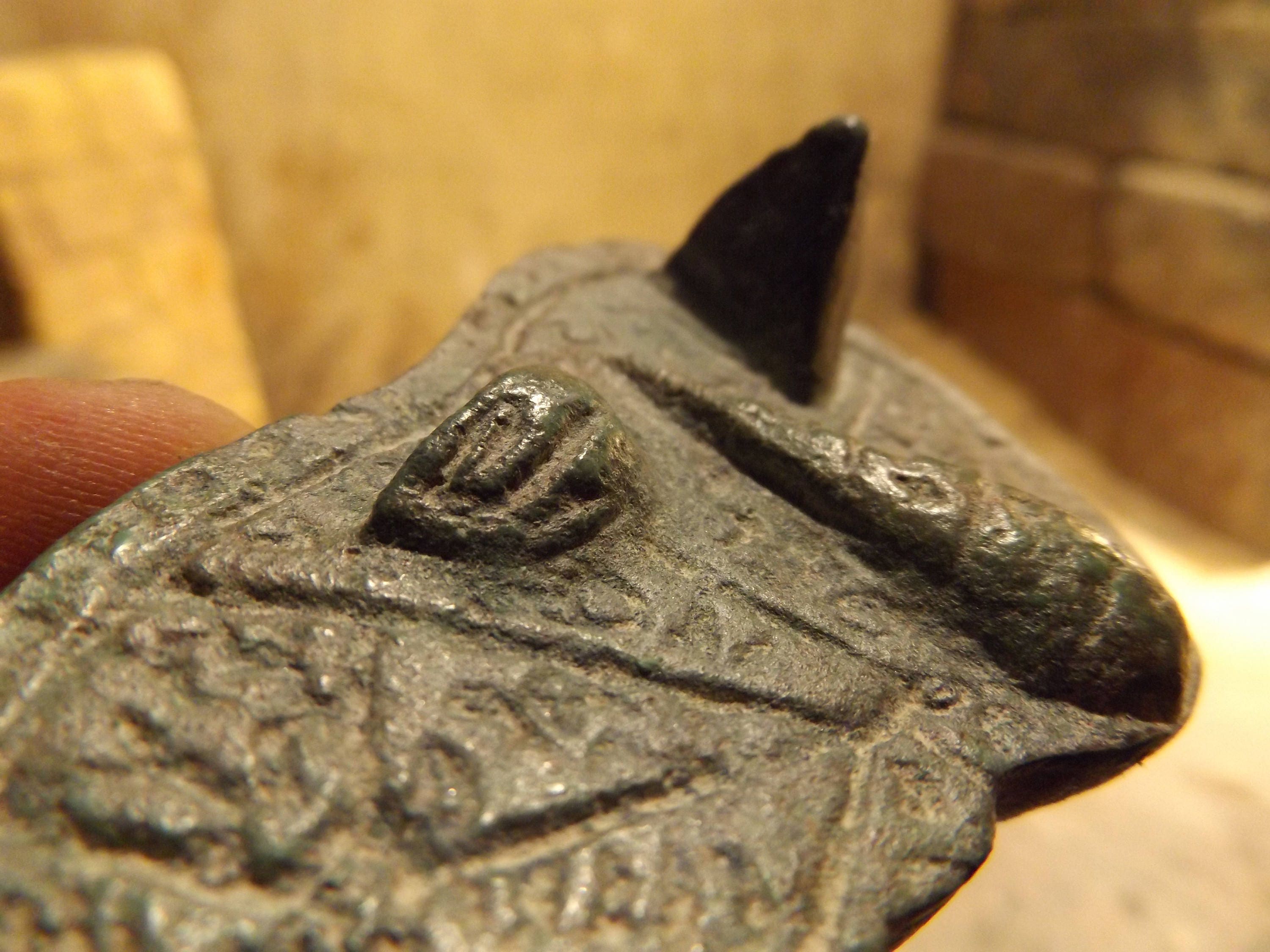 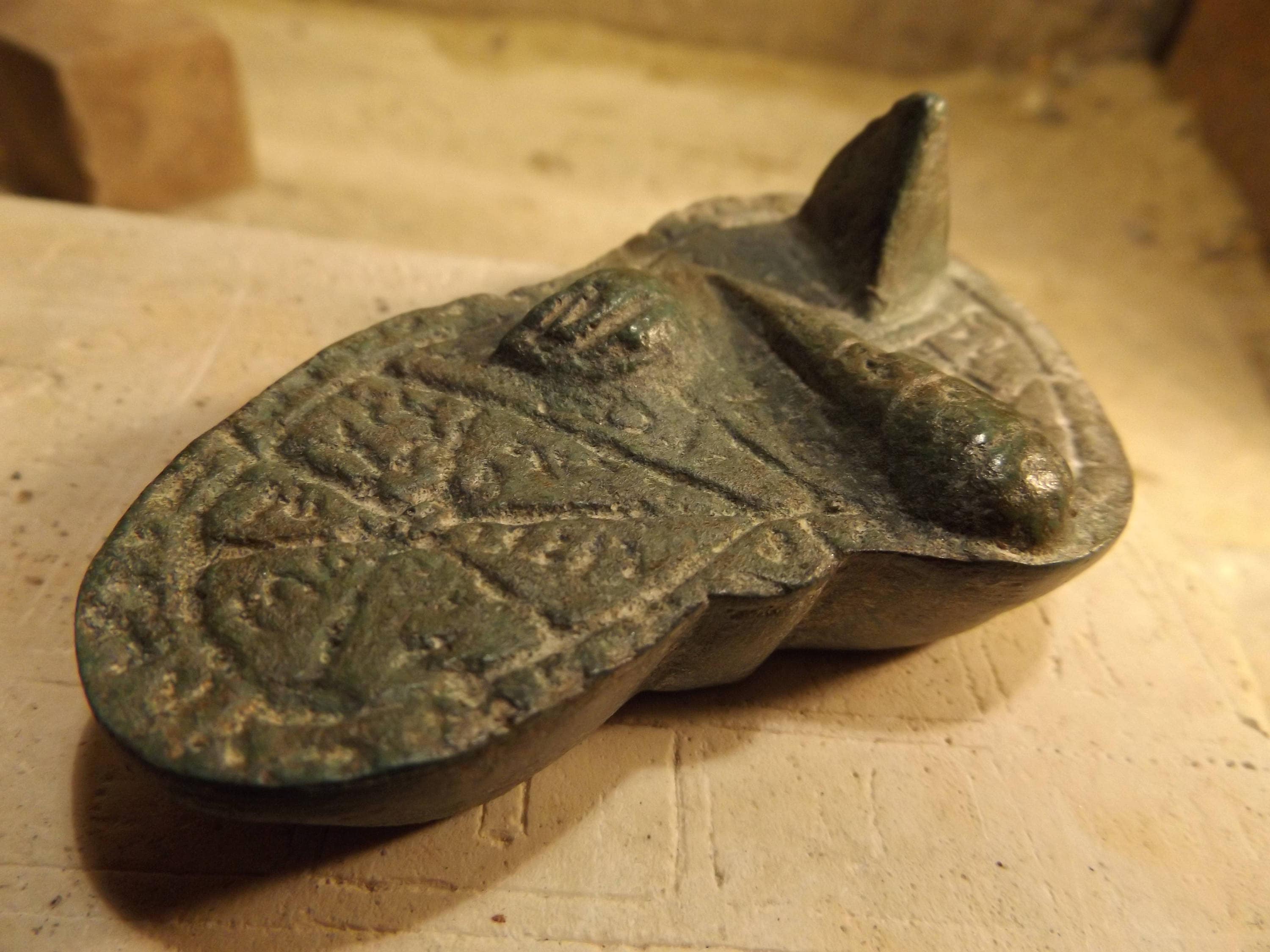 The replica on offer is made of a limestone and quartzite composition stone and has an aged green / bronze colouration.

One of the most fascinating objects to have survived from the ancient world through chance discovery, is the 'Liver of Piacenza'.
It was found in an Italian field in the Piacenza province during the Autumn of 1877 and has a strong resemblance to examples found in Mesopotamia. This comparison is so similar it suggests a link either in trade or cultural cross pollination through legacy artifacts still in circulation during the Etruscan age.

The Piacenza example on offer is covered in Etruscan inscriptions and is divided into segments that contain the name of their principal deities.
This was used in conjunction with haruspicy.

The Etruscan's division of the night sky into 16 astrological houses has been well documented and here in this artifact it takes form in the outer rim inscription.
The liver was thus a model of the cosmos used in divination or to utilize in interpretation of omens.

One of it's principal uses was to note the position of lightning in the sky and where it struck was considered 'lucky times ahead' or the opposite with calamity just around the corner.
The god of lightning had his principal residence due north and if lighting struck there or north east this was considered a good omen while north west lightning was interpreted as bad.