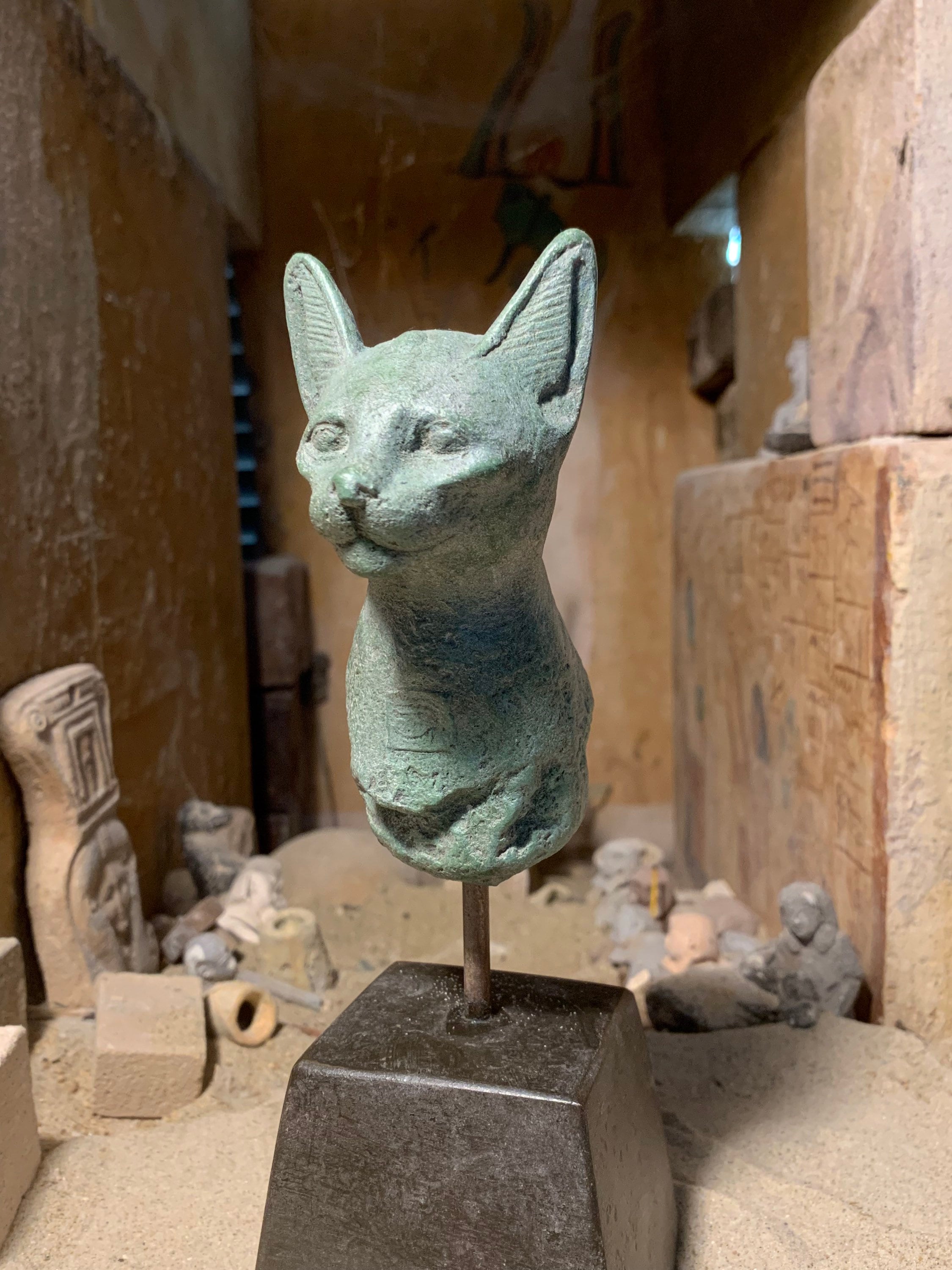 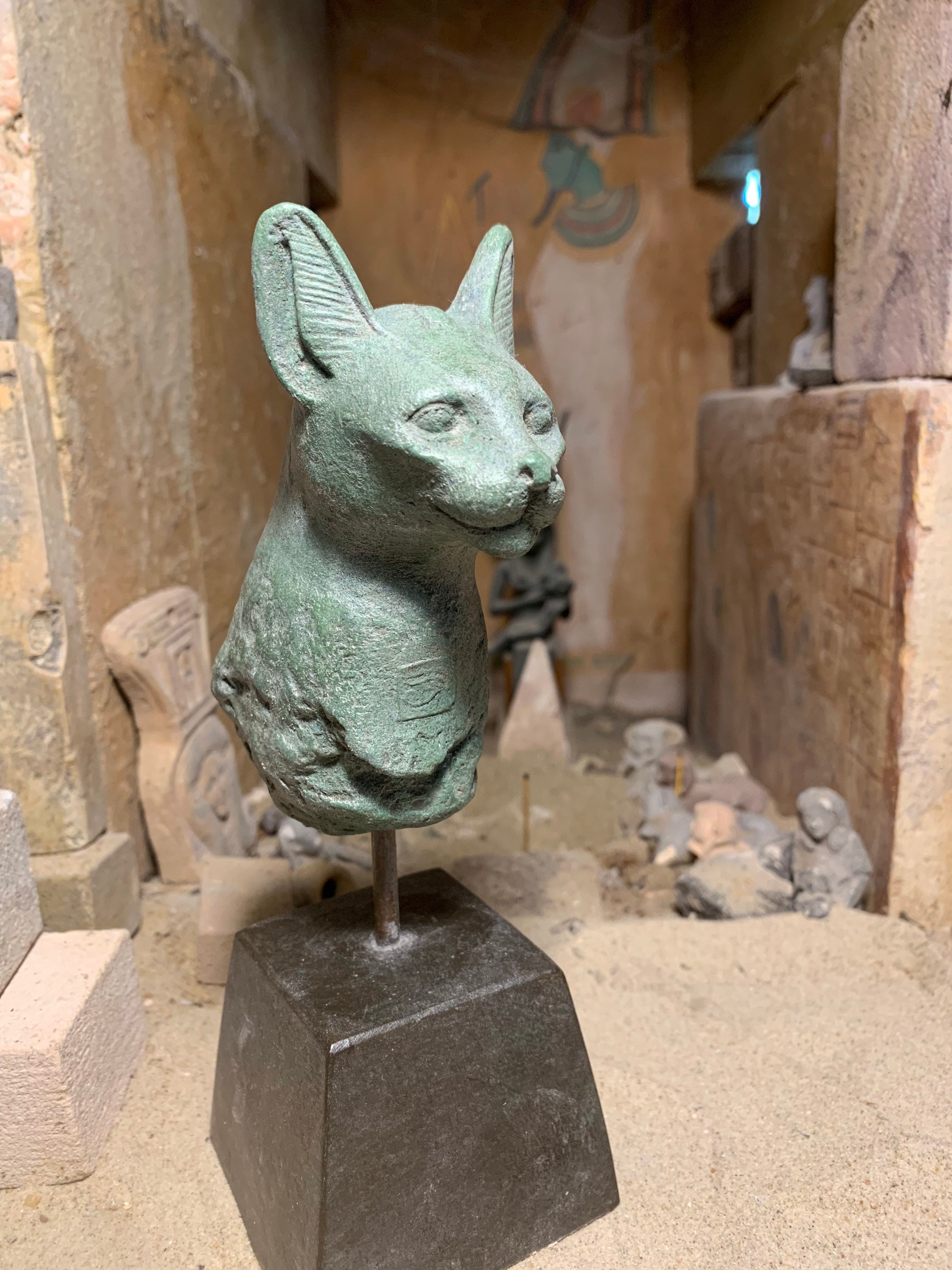 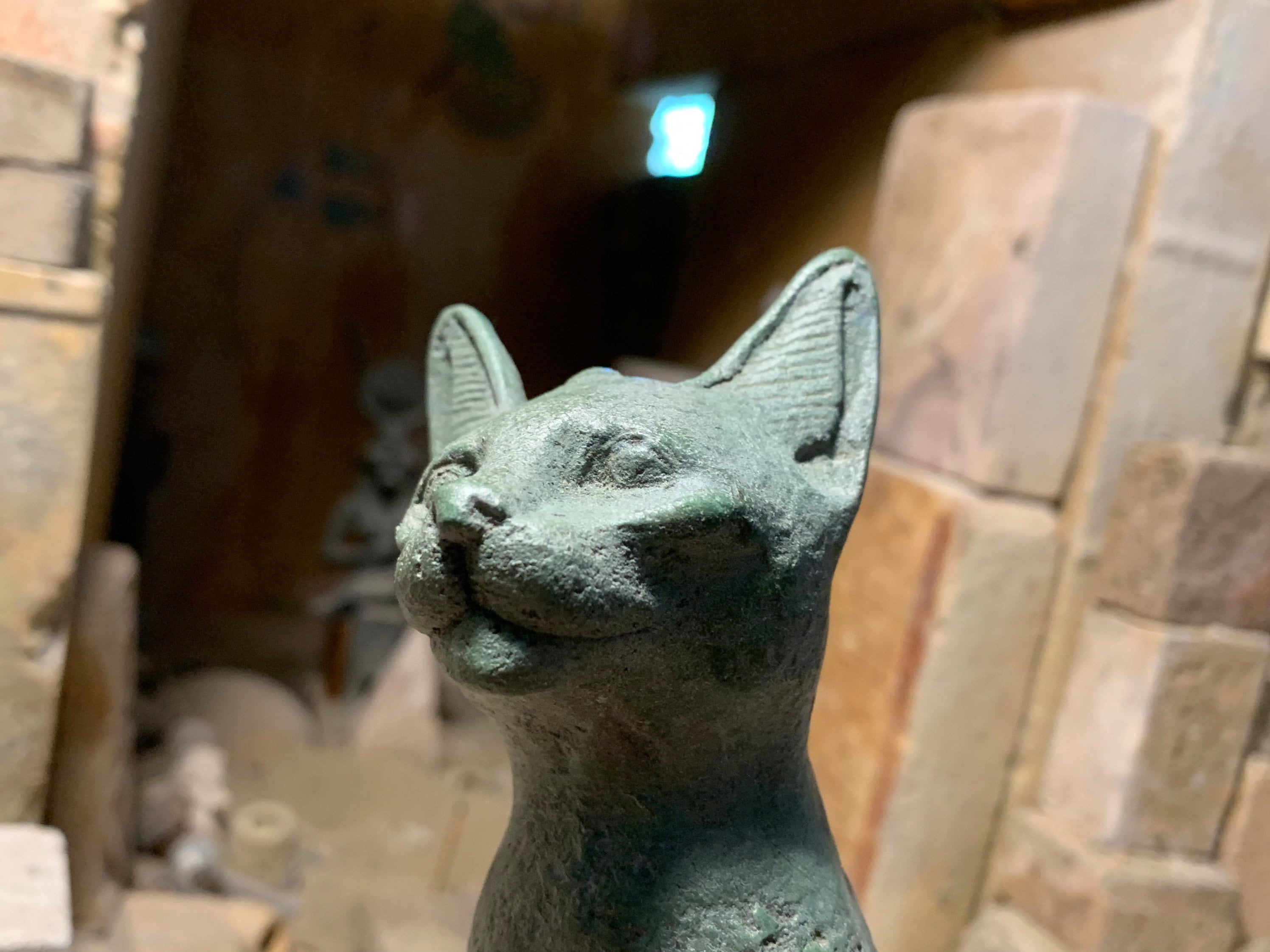 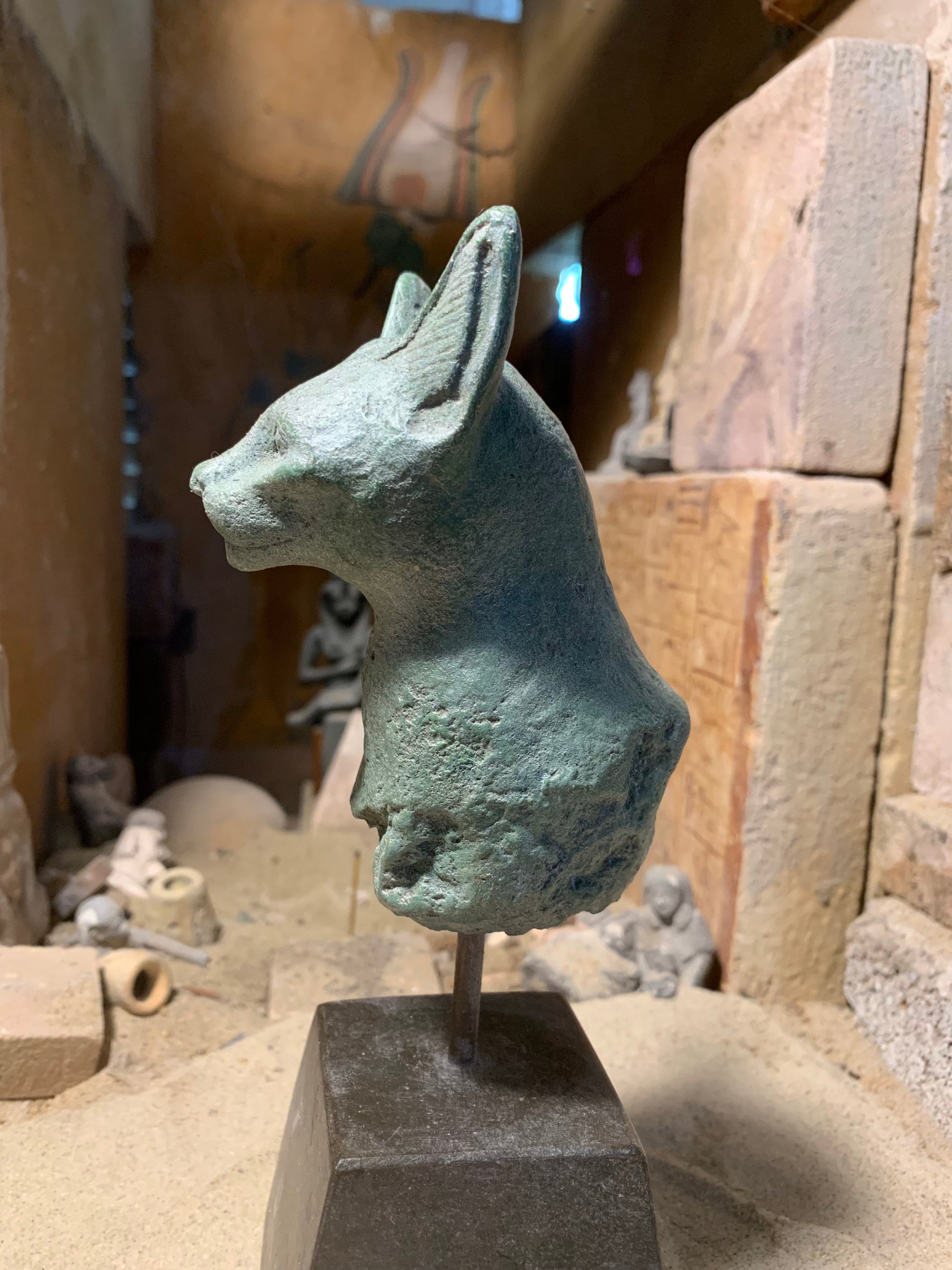 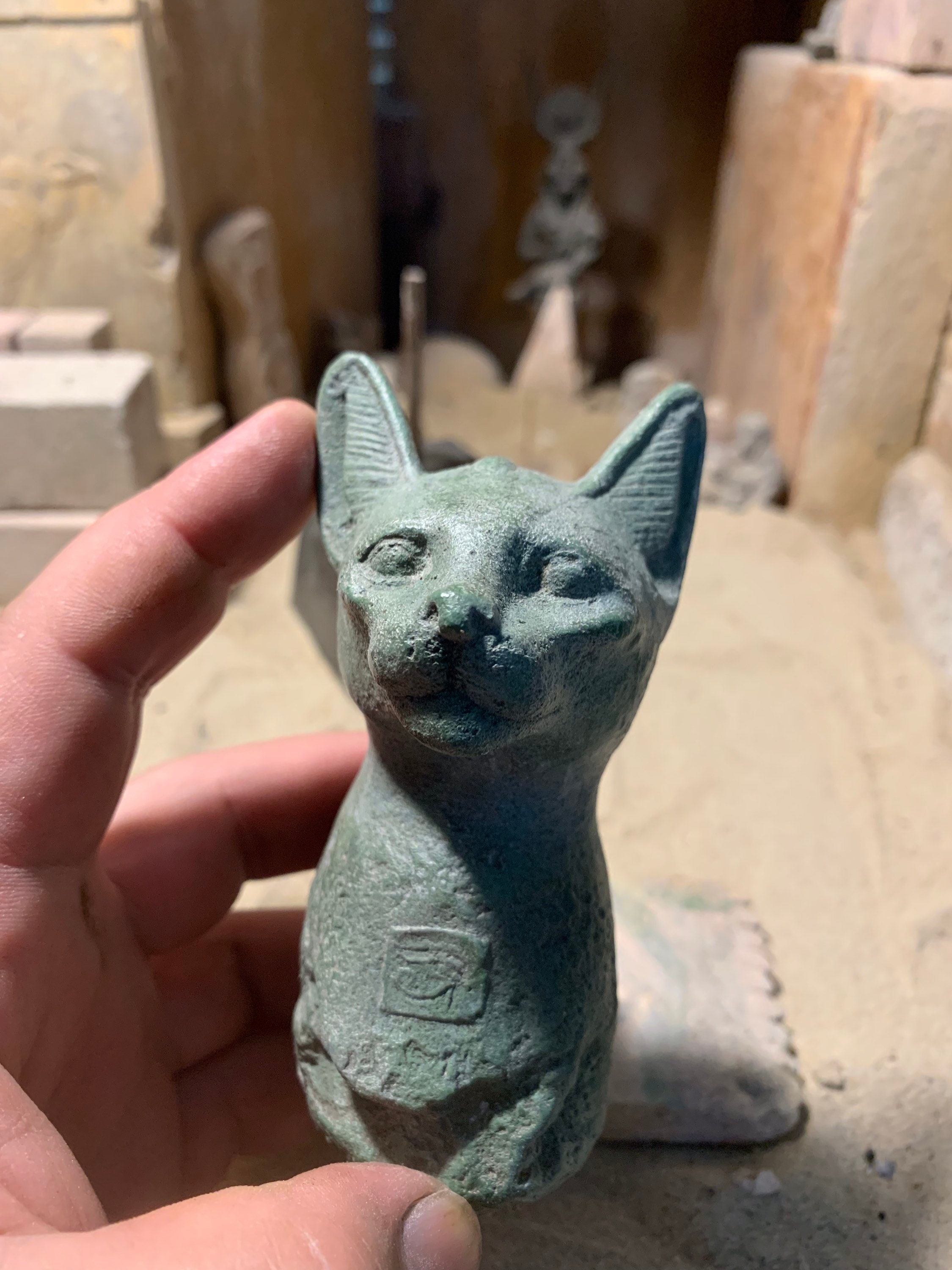 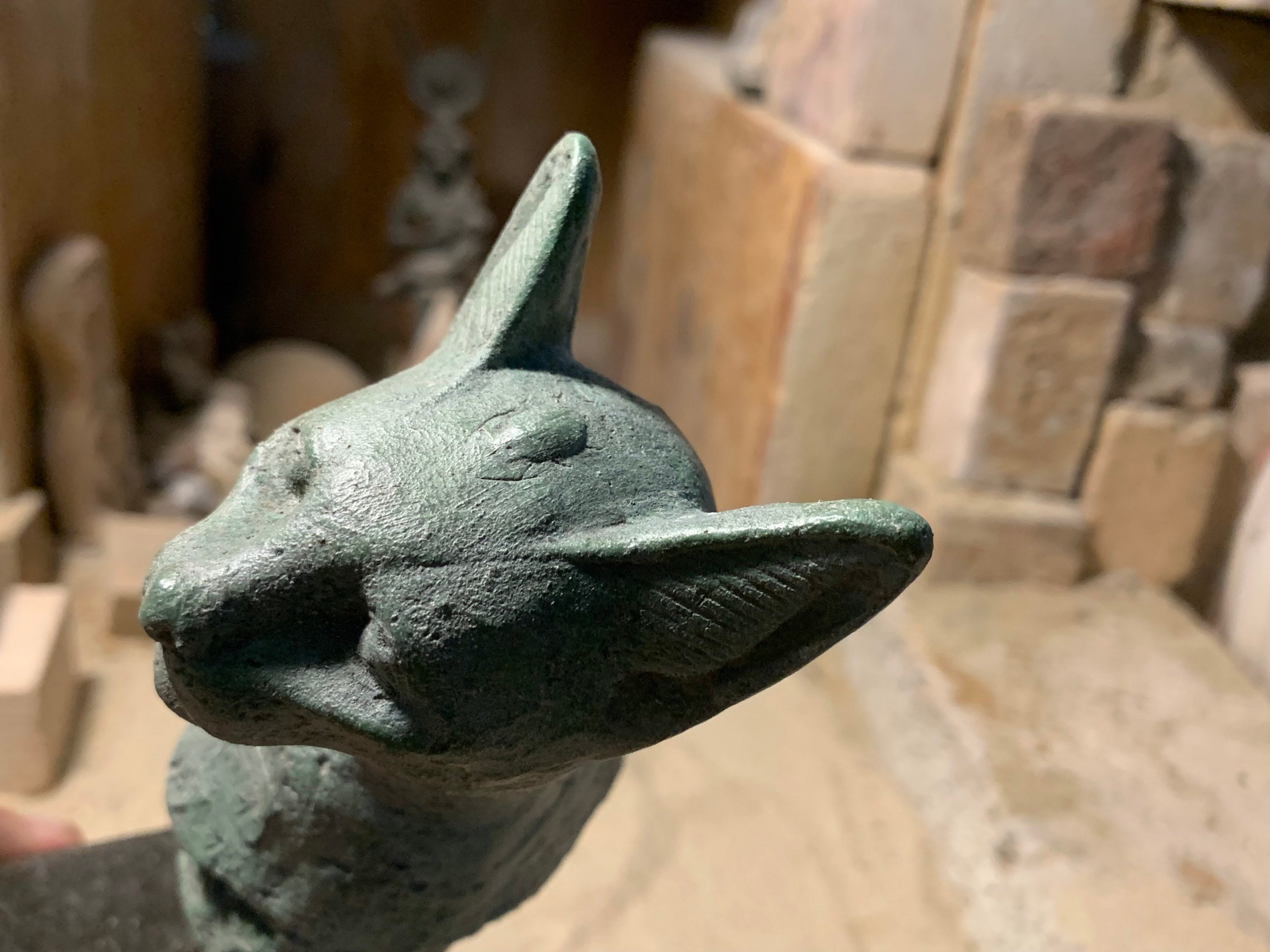 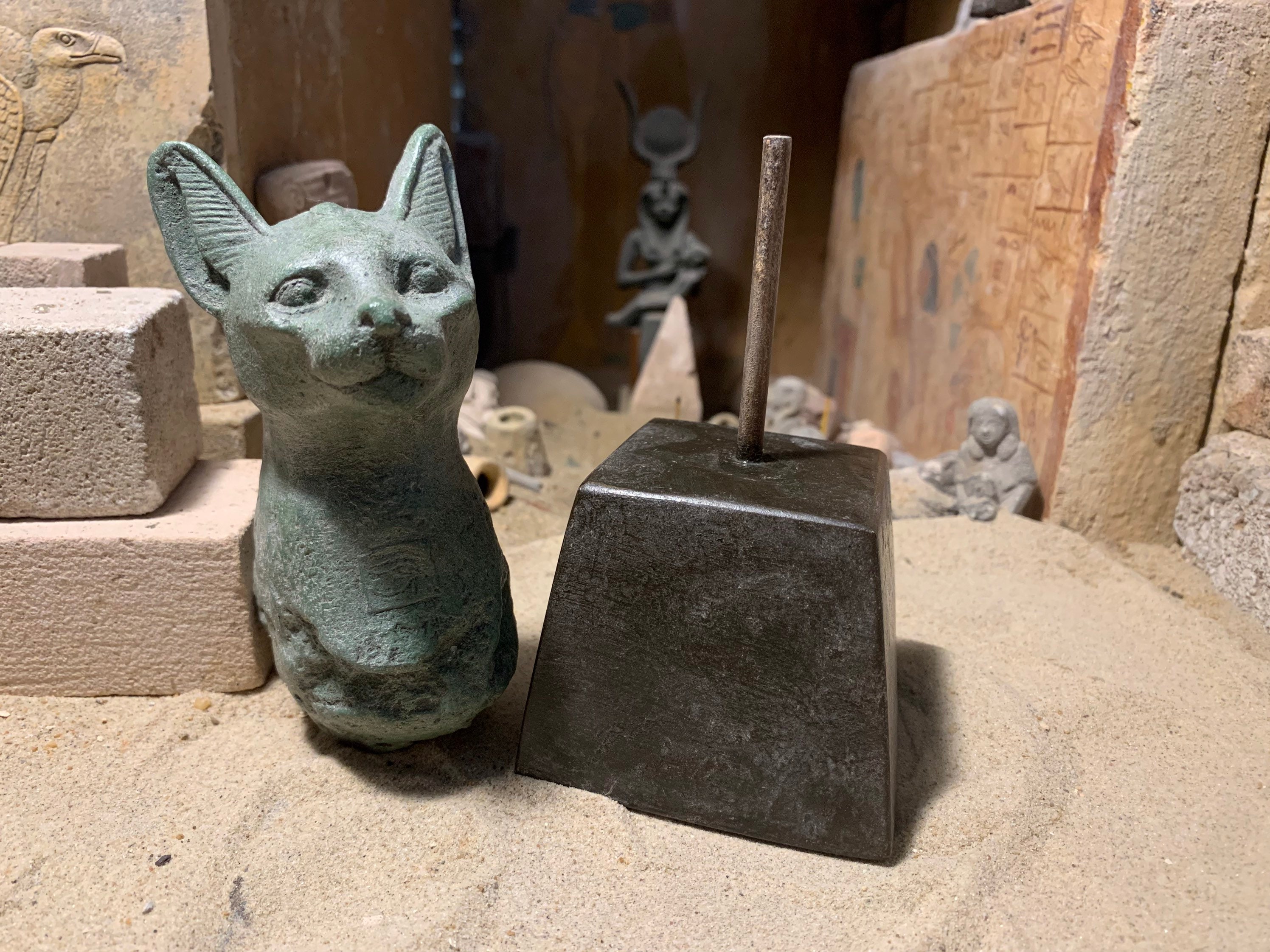 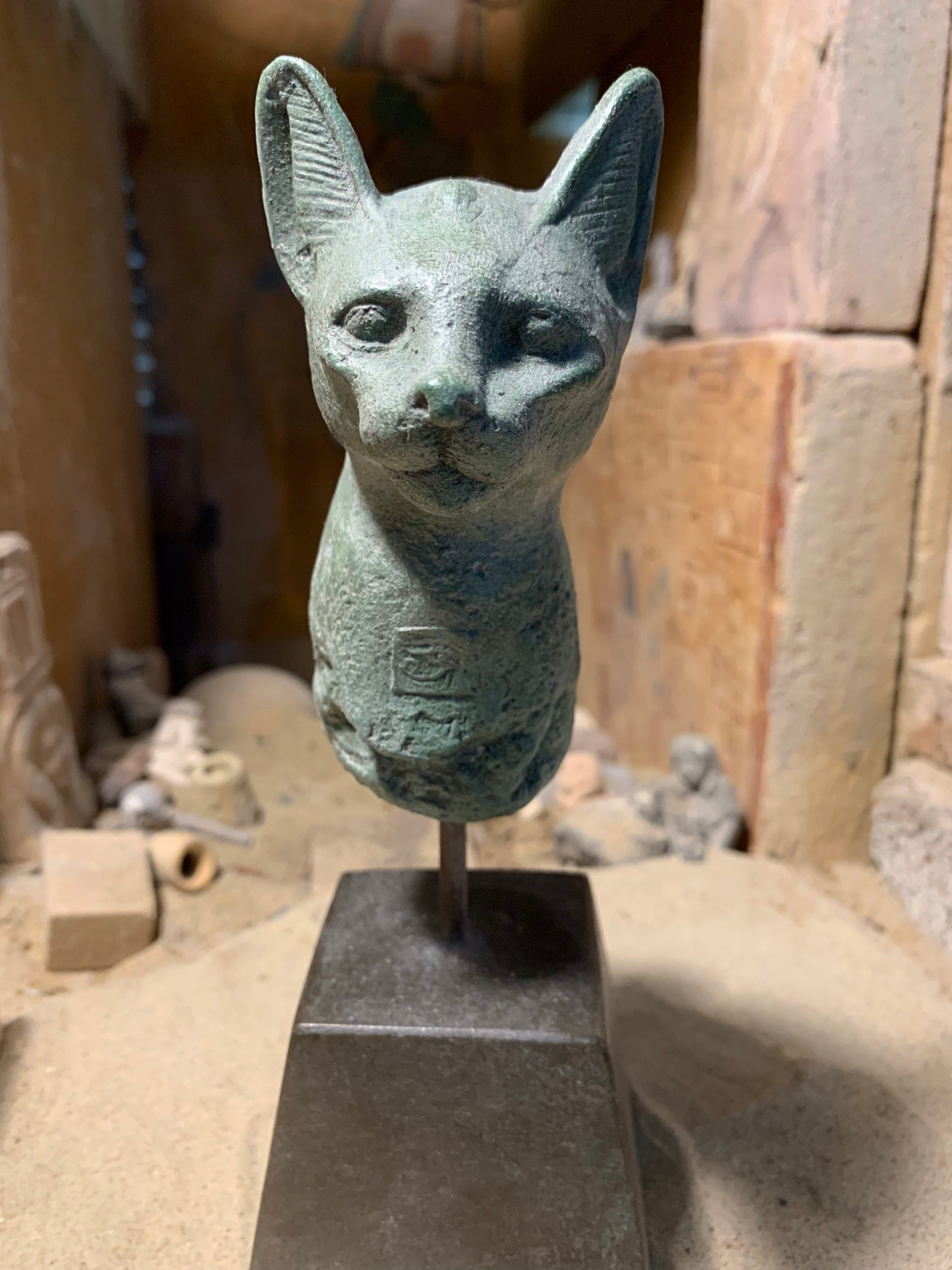 Fragment bust of the sacred cat

On offer here is a very fine replica statue fragment of the Egyptian cat goddess Bast. A most handsome face is preserved displaying great sculptural quality and a lot of personality. Depending on the angle you view, a sweet and demure face will greet you or a confident, almost aerodynamic profile.

A scarab amuletic symbol appears between ears on the top of the head.

The ears are swept back in a dramatic fashion (see profile photo) and a pronounced chest displays an eye of Horus amulet.

Made of a limestone and quartzite composition stone the statue has been given a well developed, aged grey / slate black patina with a light polish. It is mounted on felt based stand.

Mythology- Certainly a very popular figure in ancient Egypt from the earliest times when the domestic cat proved a worthy advantage to have protect the hard won food stuffs of the ancient pantry or temple storehouse. By dynasty number 2 she was already known and revered before a single pyramid was built. In the pantheon of Egyptian divinity she was both wife and a daughter of Ra the sun god. She had a son named Maahes who had the body of a man and the head of a lion wearing an atef crown. (See listing -'miniature Osiris wearing Atef crown') If available.

Late in Egyptian history during the 22nd dynasty, Bast was elevated to supreme state god by the Pharaoh Sheshonq the 1st and her sacred town of Bubastis in the delta region of the Nile became capital. Her temples across the land were enriched including Thebes which was the home of Amun. All gods co-existed but from time to time a change would shake the status quo into a new direction. Usually politically motivated.