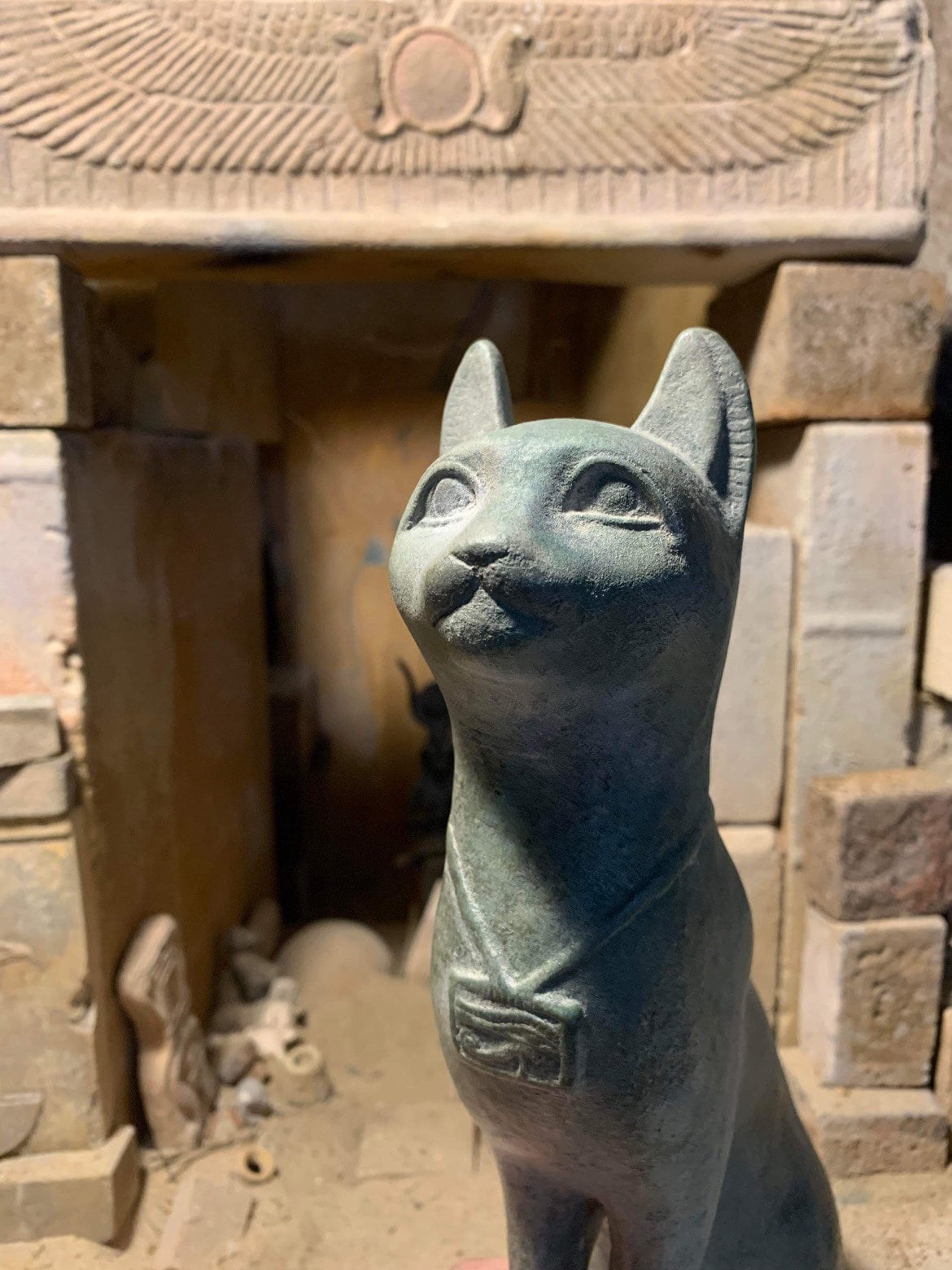 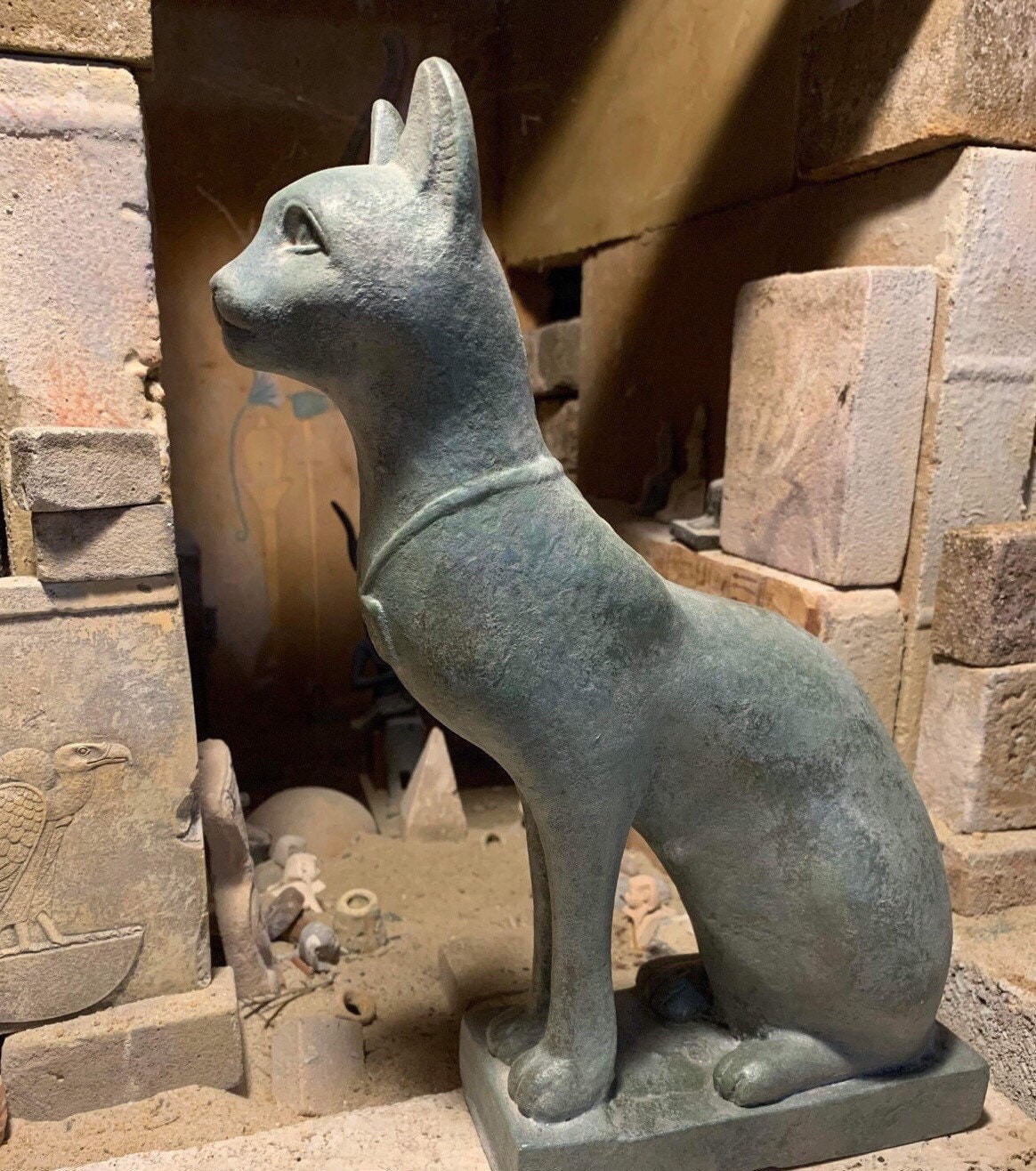 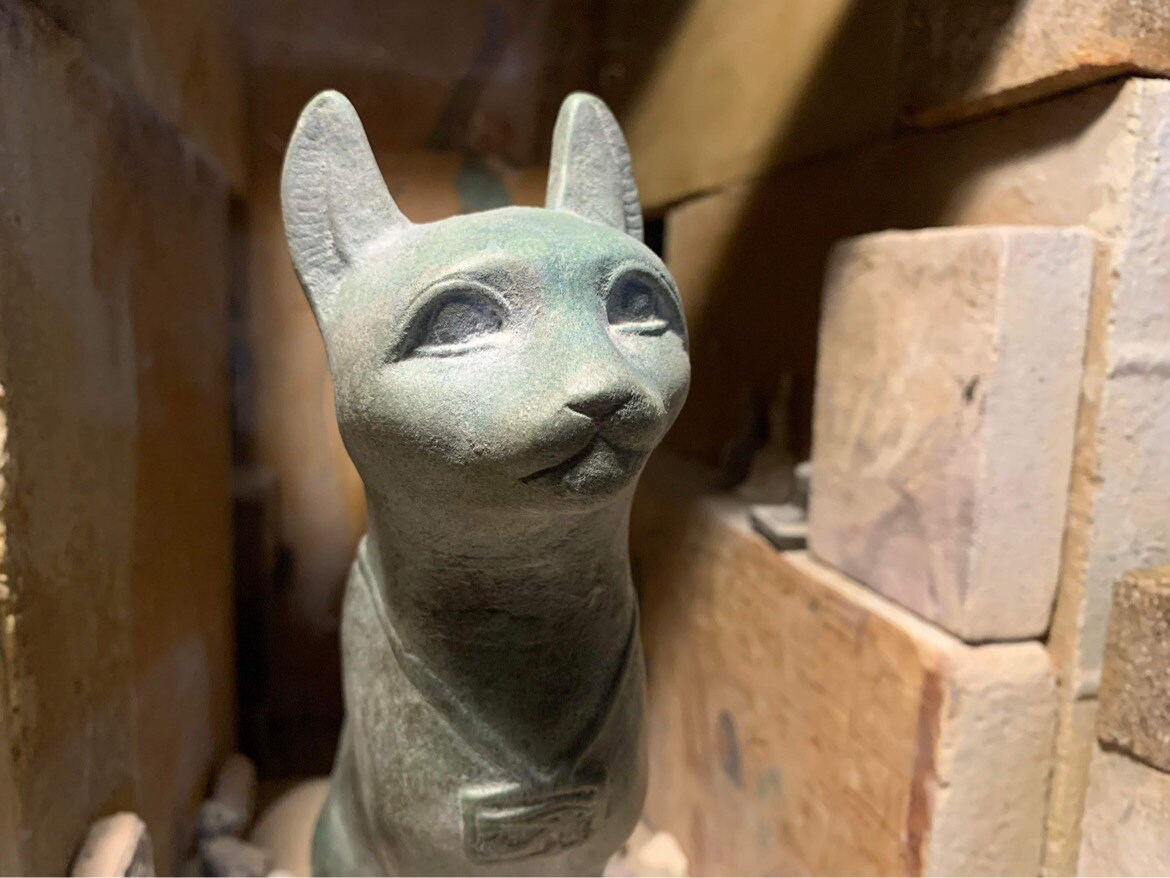 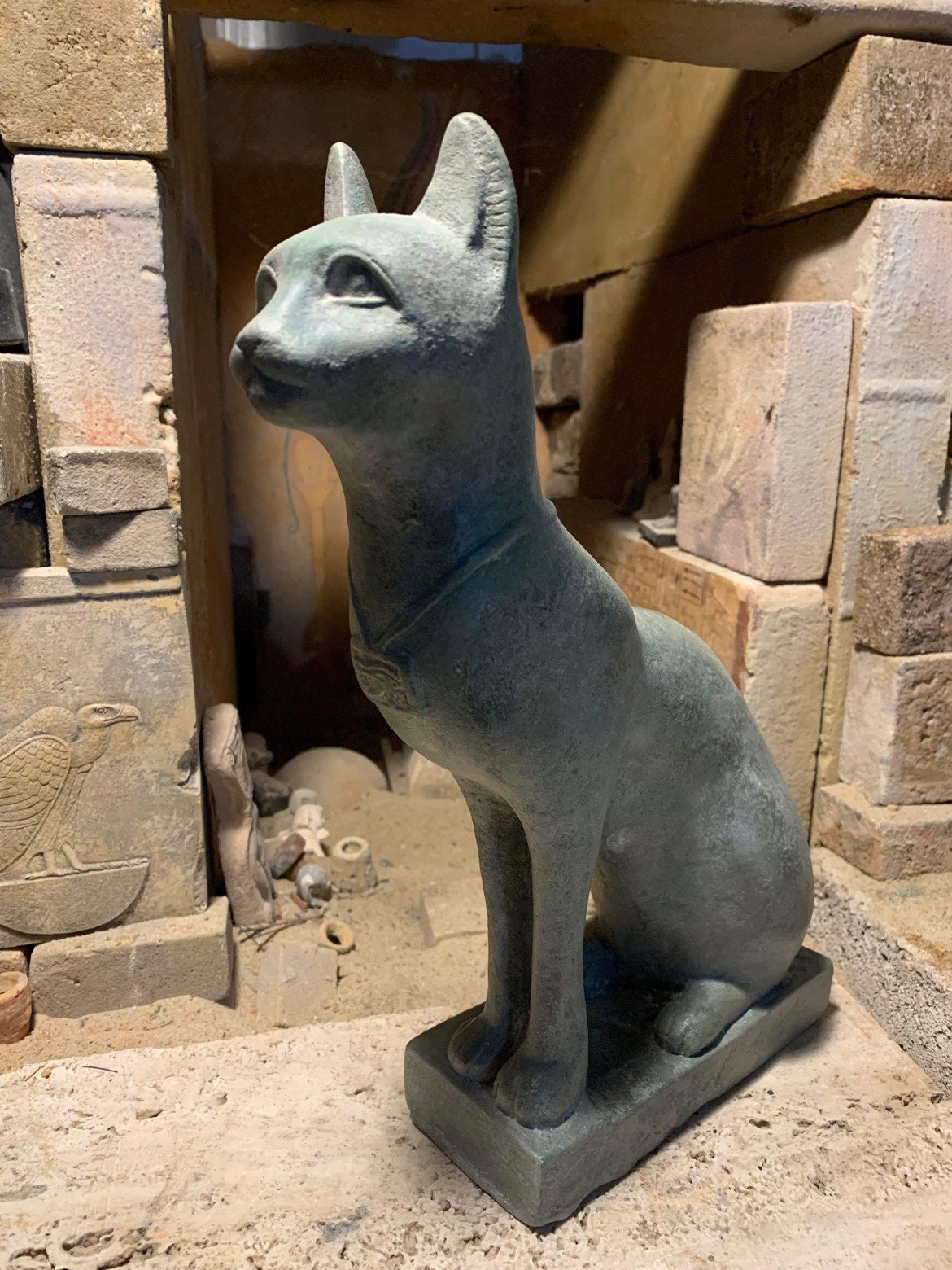 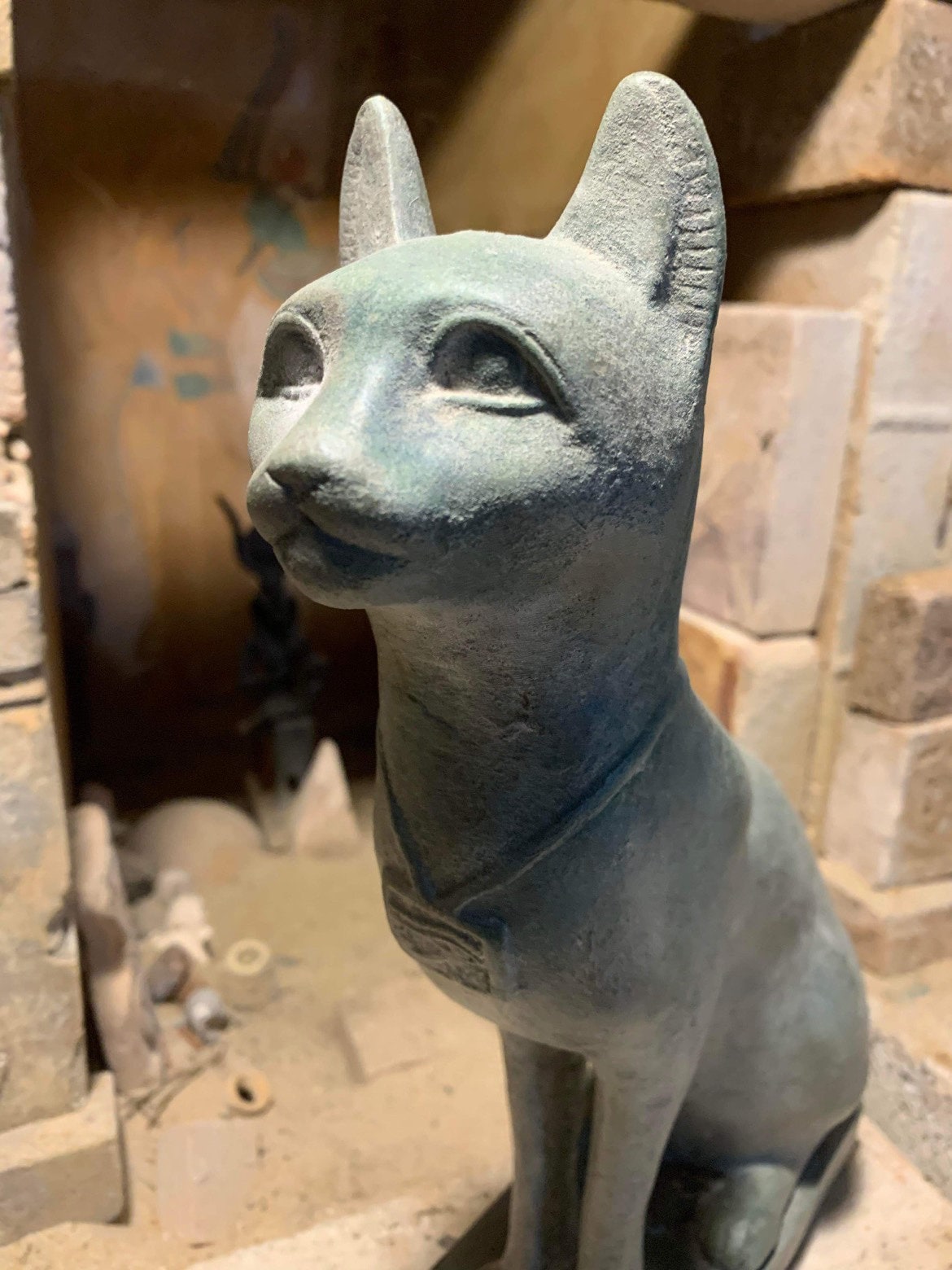 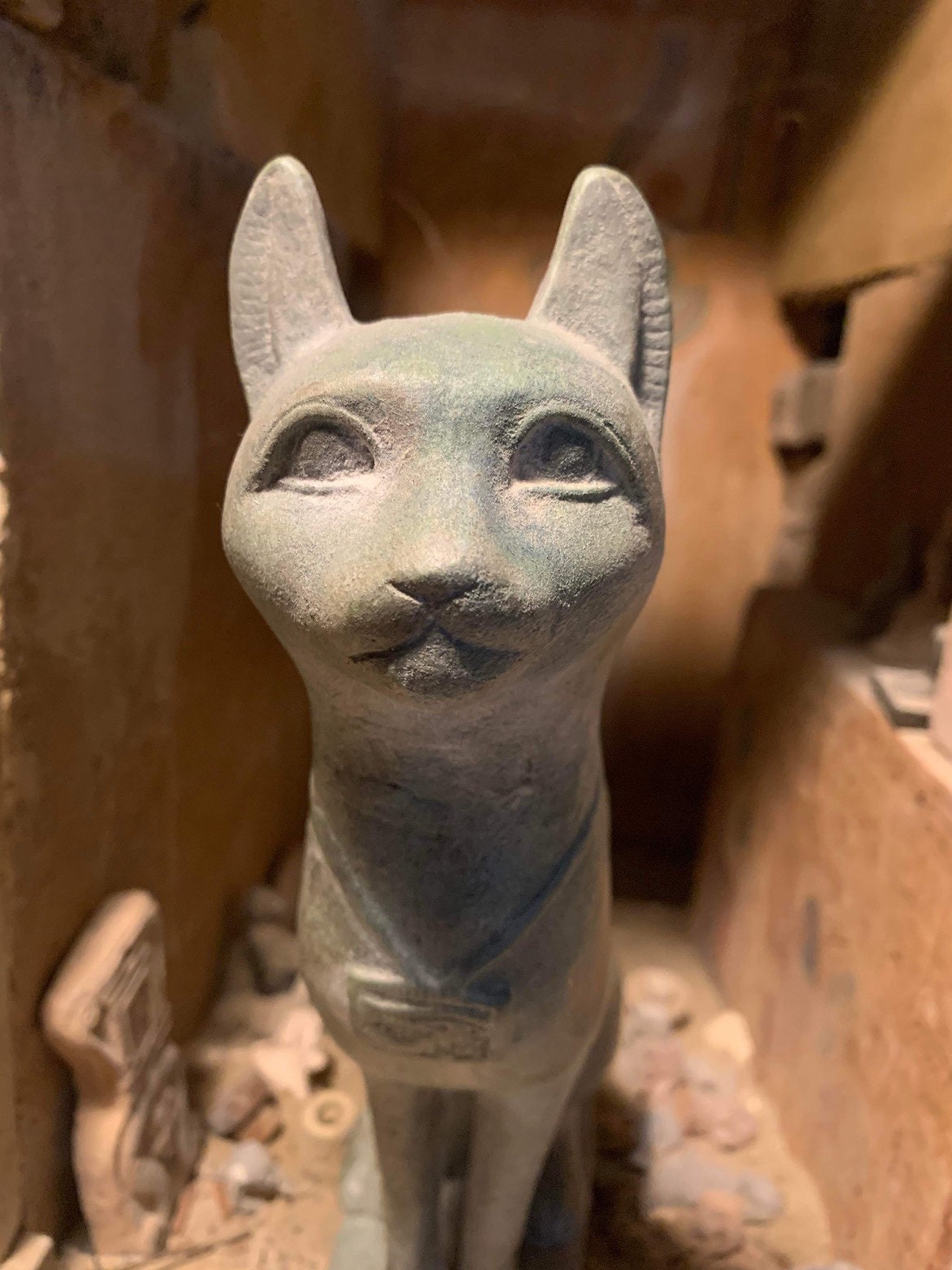 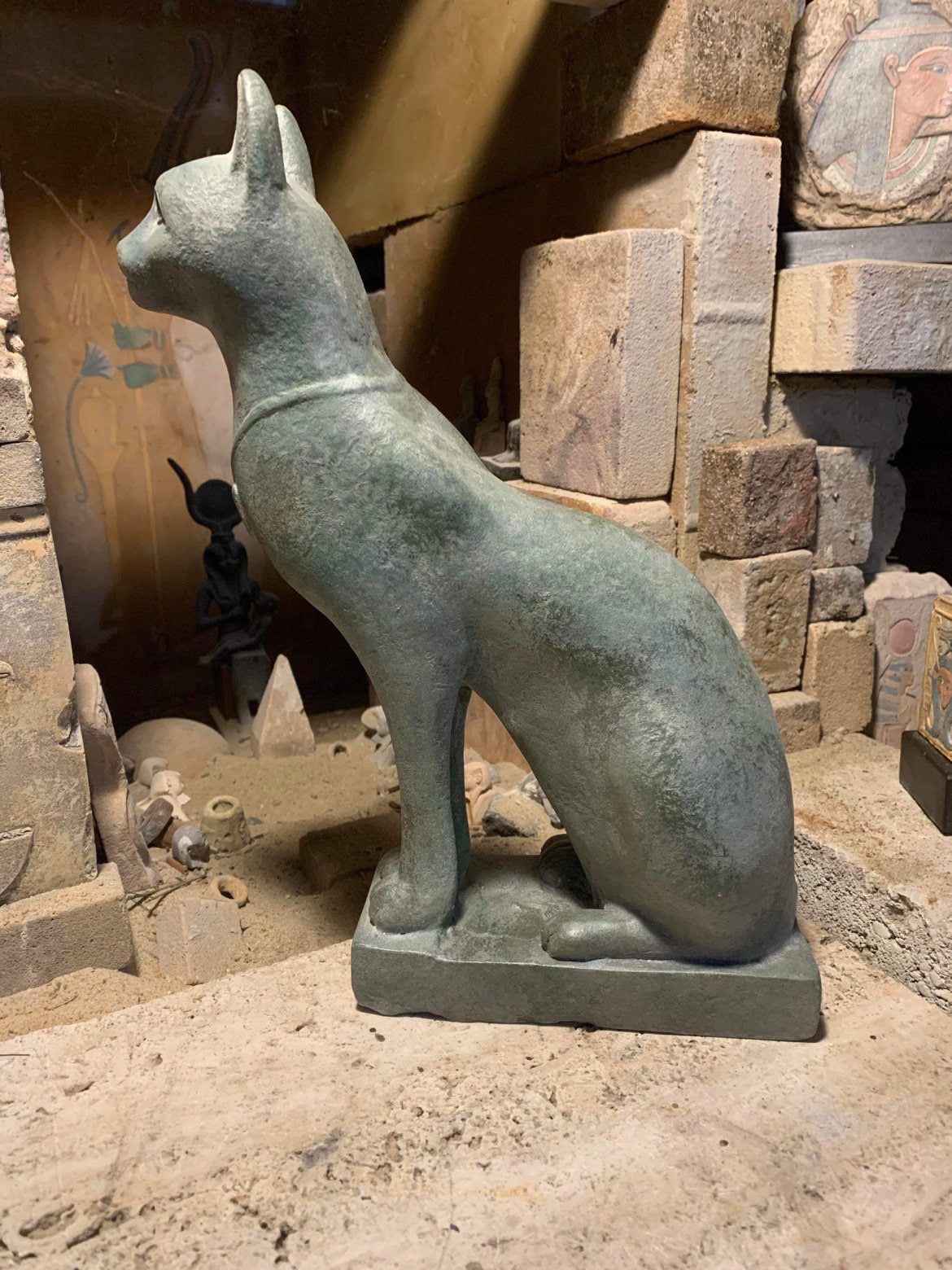 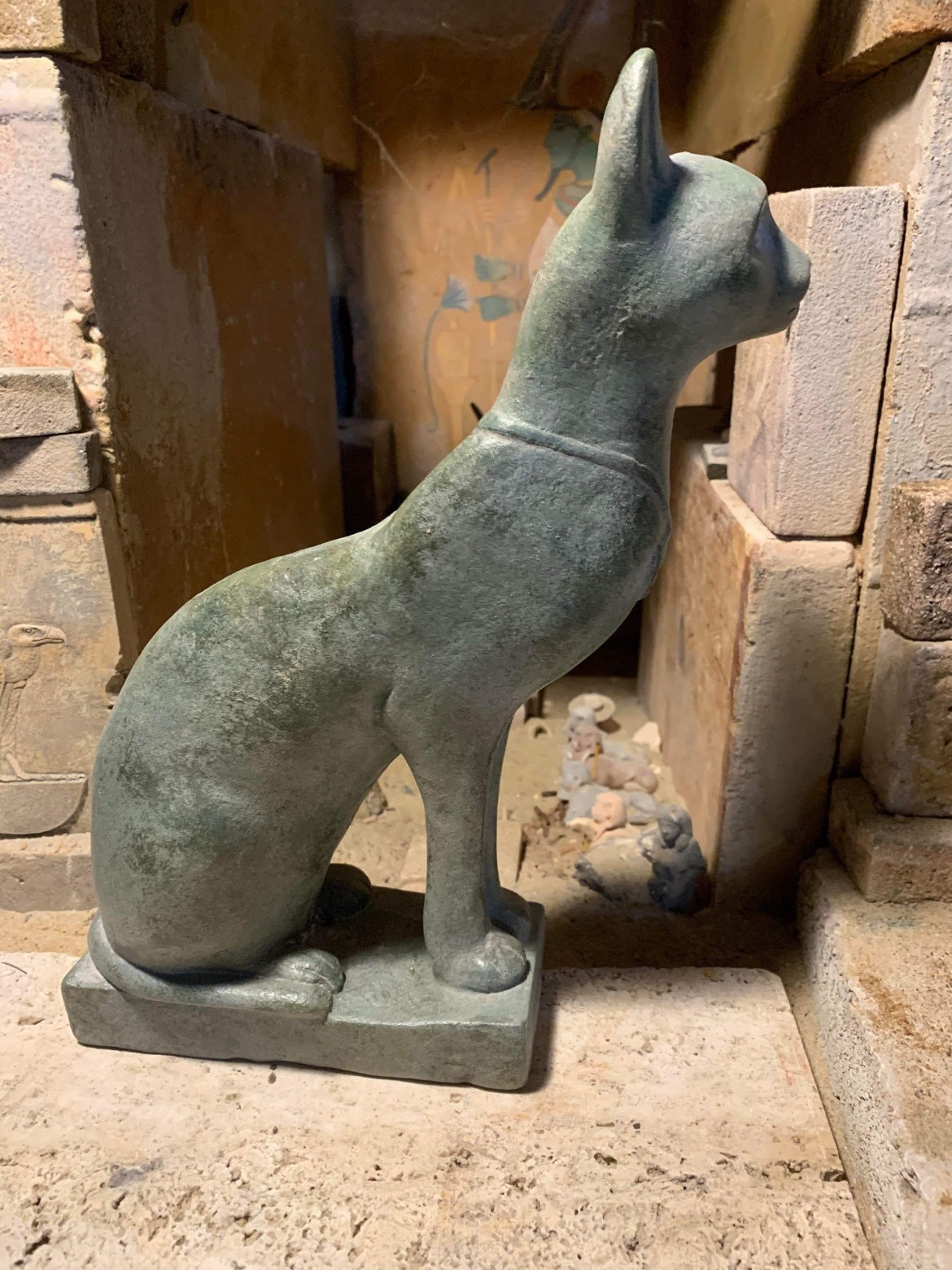 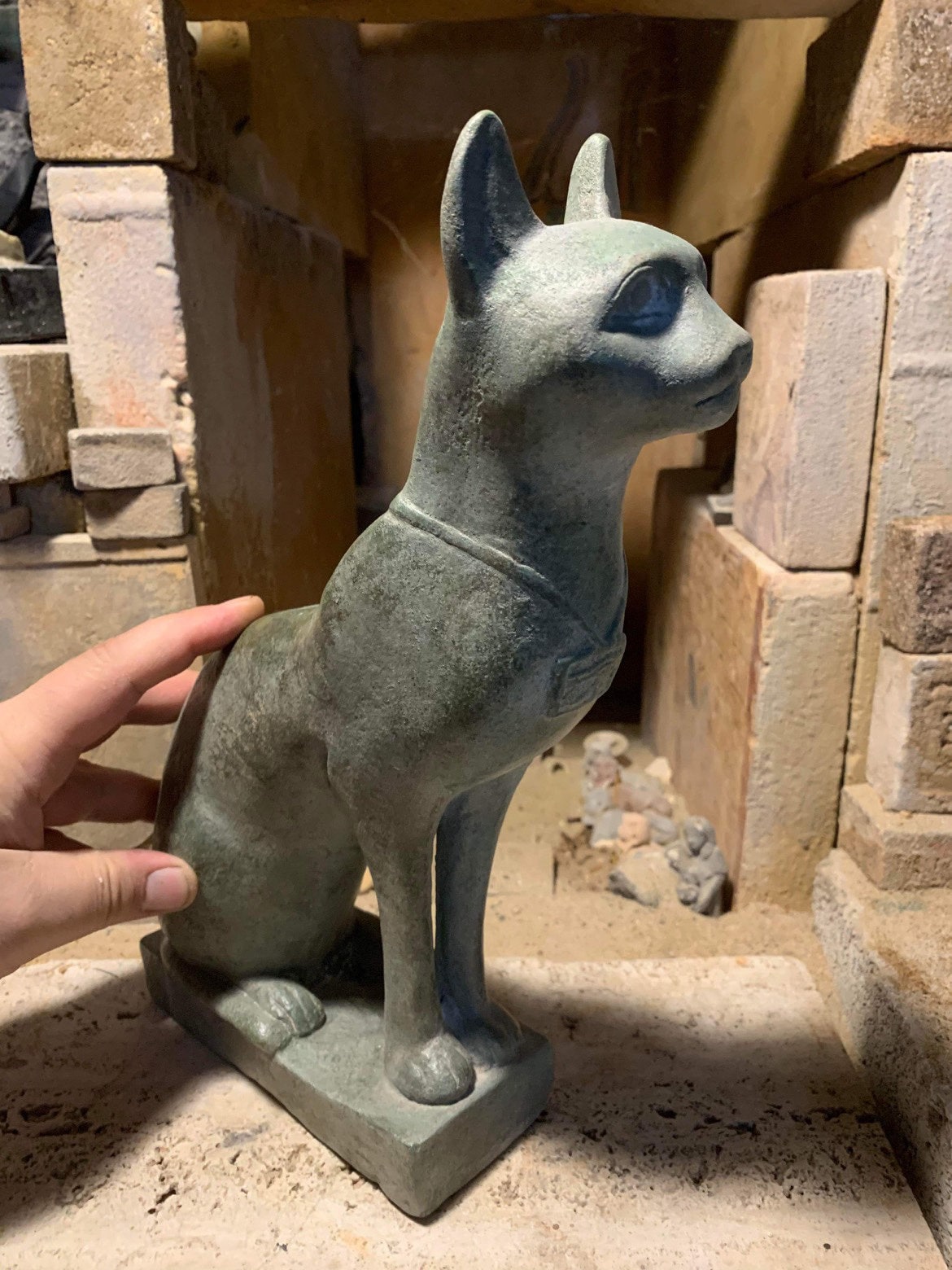 On offer here, is a large and charming statue replica of the goddess Bast. Unavailable since 2017 she is coloured in a realistic ancient green patina to give the impression that it could have been excavated from a delta temple offering thousands of years ago.

The base has been lined with fine felt to protect your furniture.

Mythology- Certainly a very popular figure in ancient Egypt from the earliest times when the domestic cat proved a worthy advantage to have protect the hard won food stuffs of the ancient pantry or temple storehouse. By dynasty number 2 she was already known and revered before a single pyramid was built. In the pantheon of Egyptian divinity she was both wife and a daughter of Ra the sun god. She had a son named Maahes who had the body of a man and the head of a lion wearing an atef crown. (See listing -'miniature Osiris wearing Atef crown') >if available.

*Coming very soon to Etsy for the first time and definitely worth a look - Bast cat and the sculptor. A rather personal piece that any cat lover will appreciate.