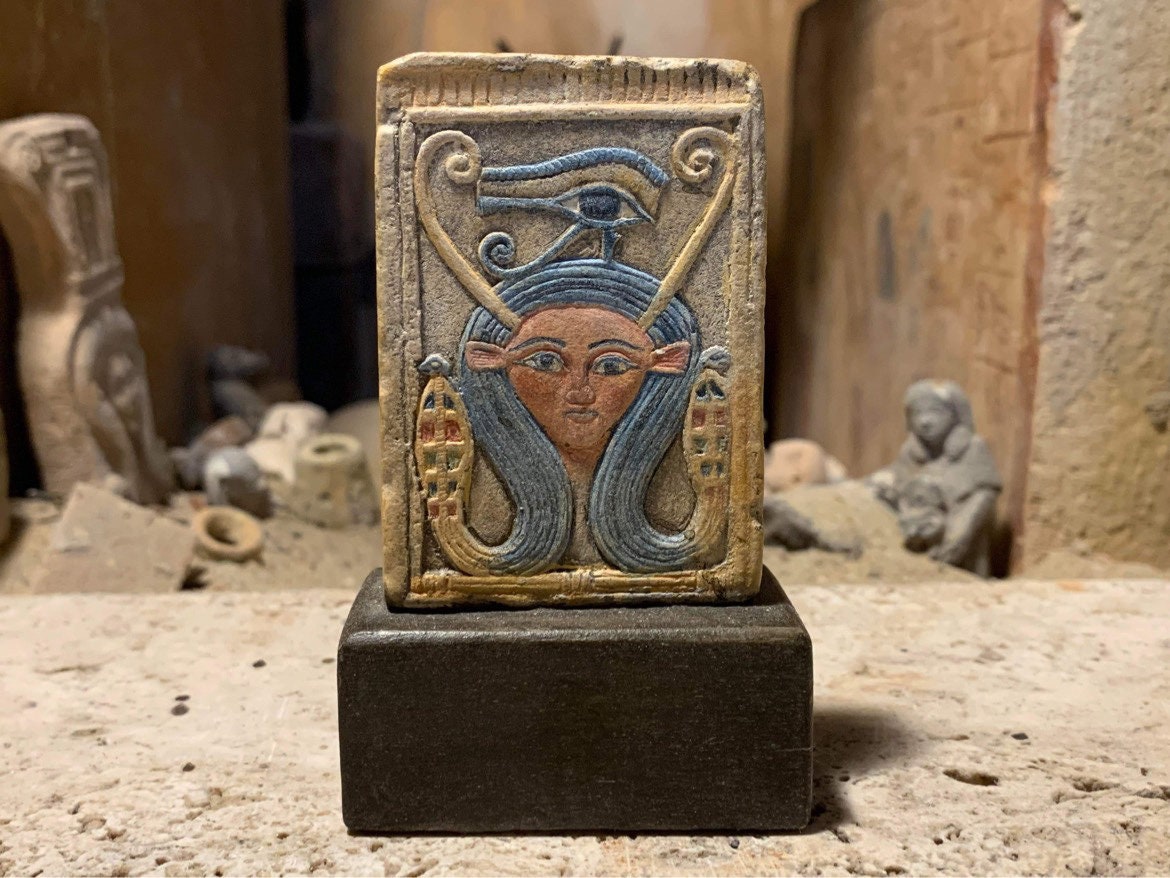 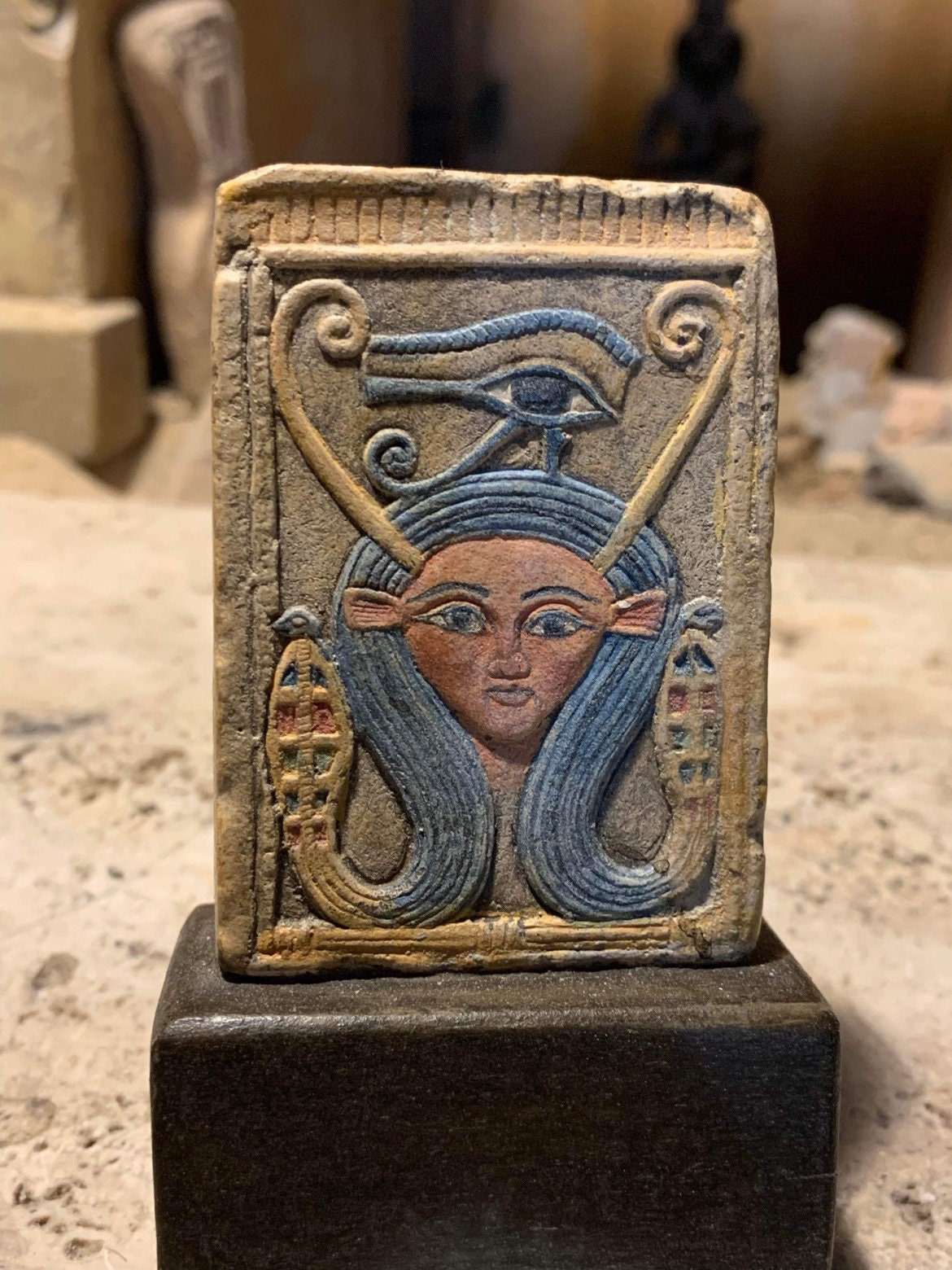 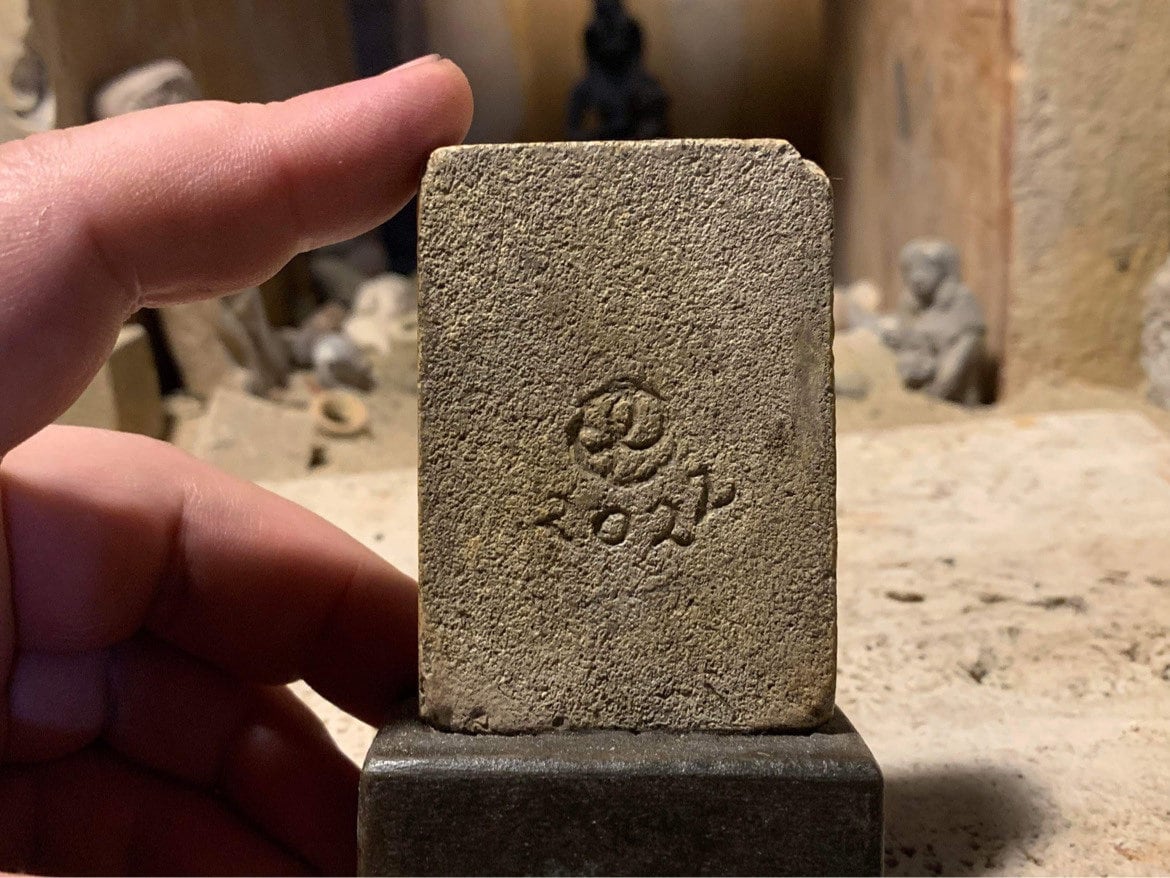 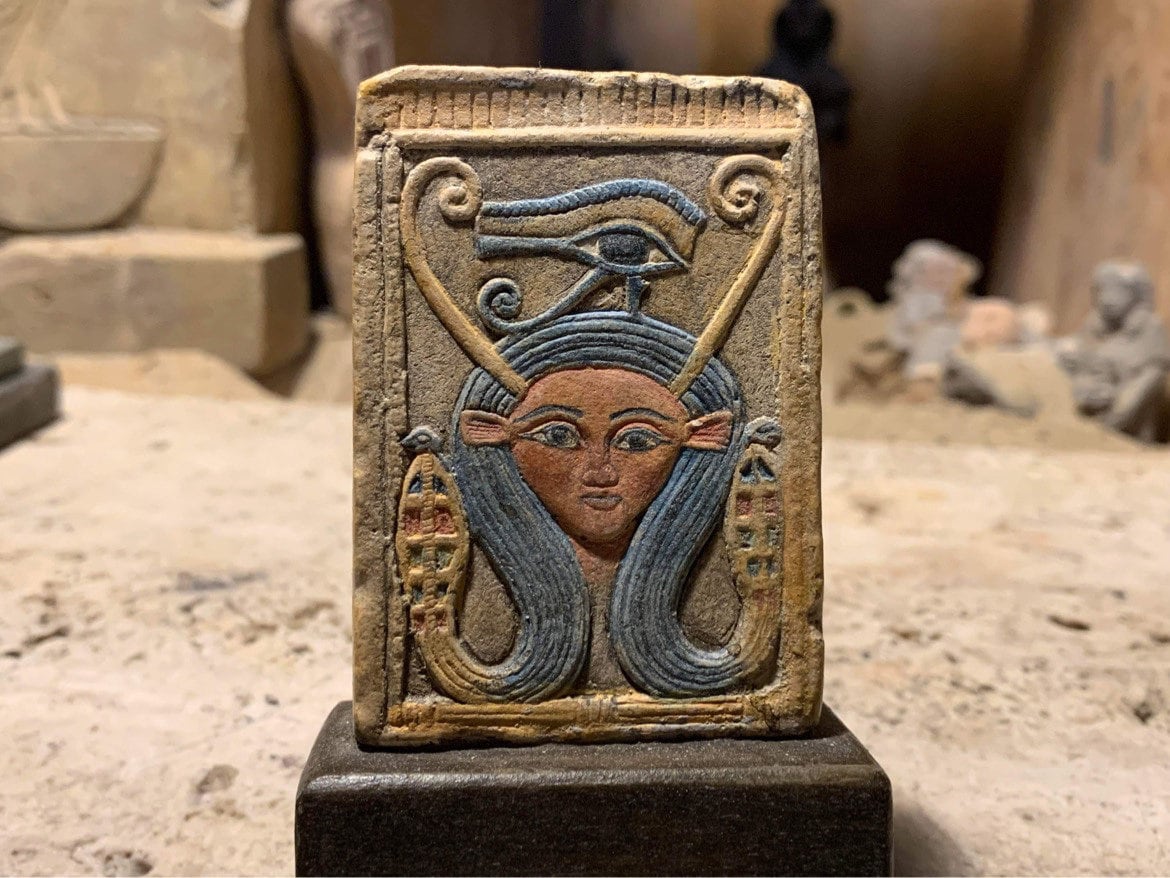 Egyptian sculpture of the goddess of love - Hathor / Het-hur A beloved deity of music, dance & mothers.


My latest carving features an unusual version of the original goddess of love and motherhood..... Hathor / Het-Hur.
This piece has a sistrum style face with spiral wig and a protective eye of Horus directly resting on top of her head. Two protective cobras morph into the outer tendrils of the hair spirals.

*Check out Down under Pharaoh on Instagram and Youtube for more inspiring designs and behind the scenes glimpses of studio life.

Hathor was a goddess of love, music and dance with her principal temple located at Denderah. Here atop the lofty columns of this unfinished temple, you can see similar Hathorian faces carved as the decorative element where the lintels meet the roof.

This design was widely used in temple sistrums as well. Sistrums were the temple rattle of which many examples survive intact made from a variety of materials.

It is made of a limestone and quartzite composition stone and has been hand painted and aged in earthy tones with etched details.

*I strongly suggest seeing the movie ‘Agora’ which was an absolutely terrific film capturing a gritty ancient realism far removed from the glossy film sets of past endearing classic films such as Cleopatra. Set in Alexandria the main temple featured in the film, borrowed heavily from the temple of Dendara. Dendara as you may know was the centre for Hathorian ritual with her main temple the principal monument. The film Agora uses the Hathorian capitals to stunning effect and that is all I wish to say without spoiling it for those of you who have yet to see it........