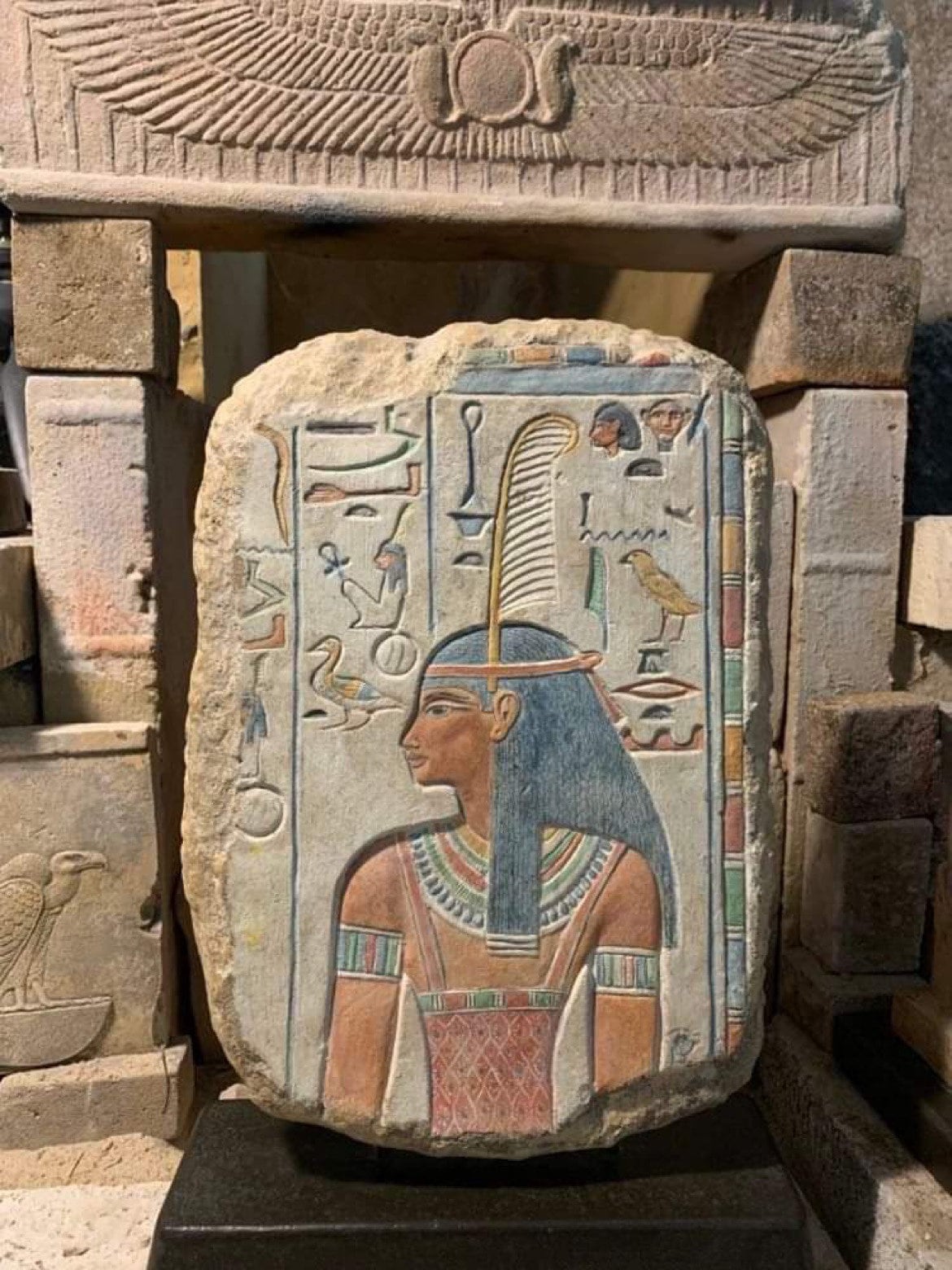 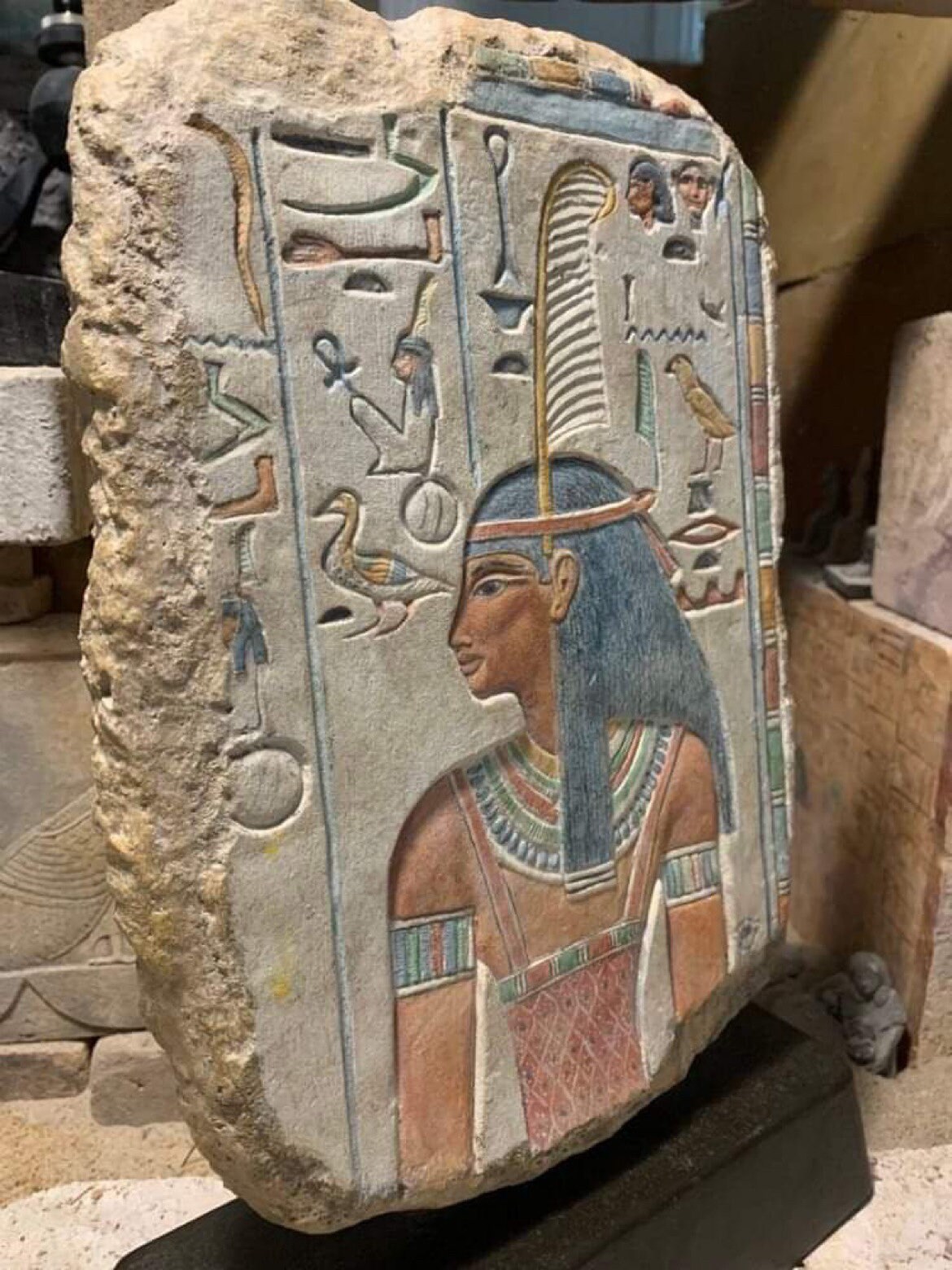 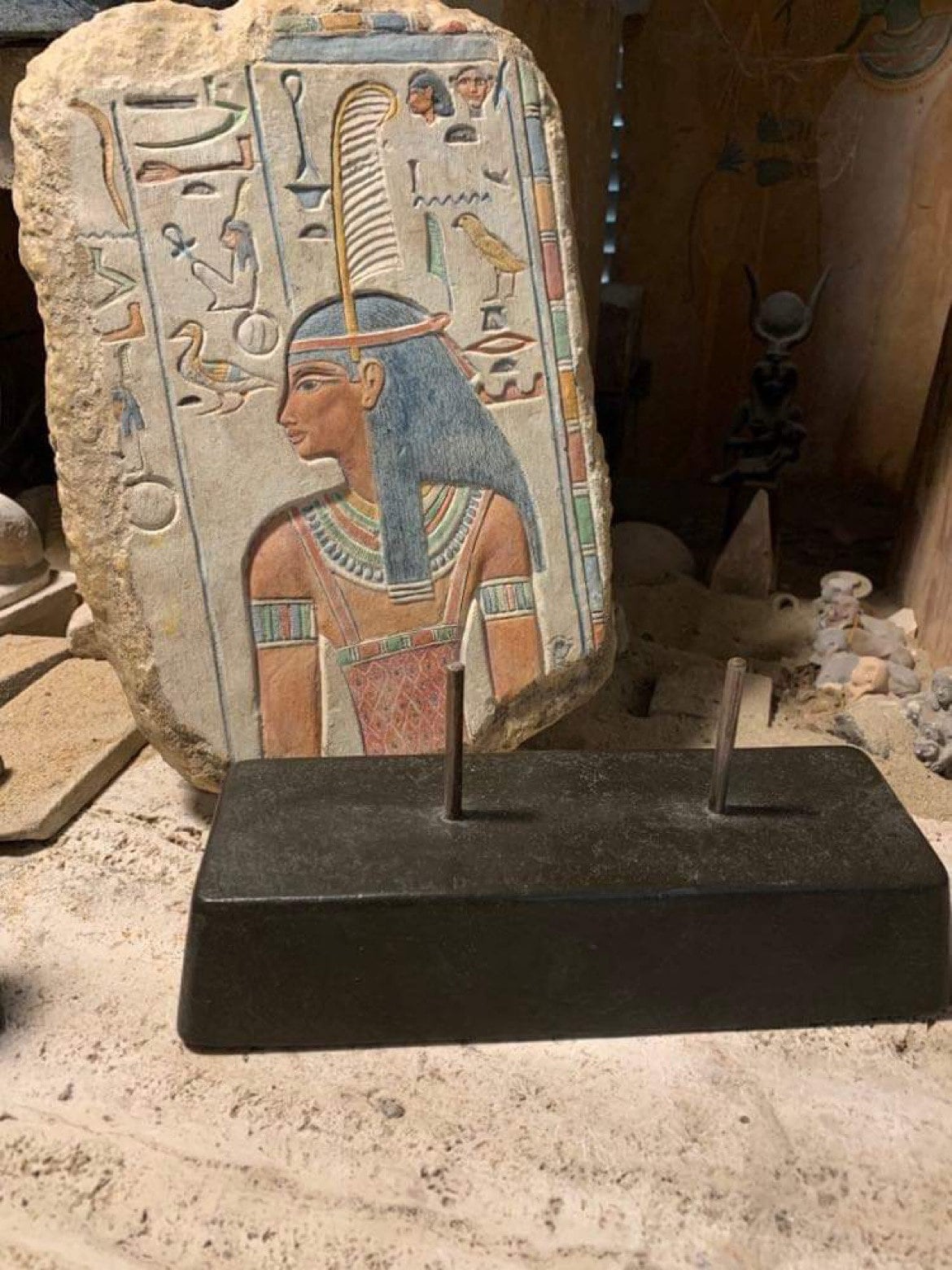 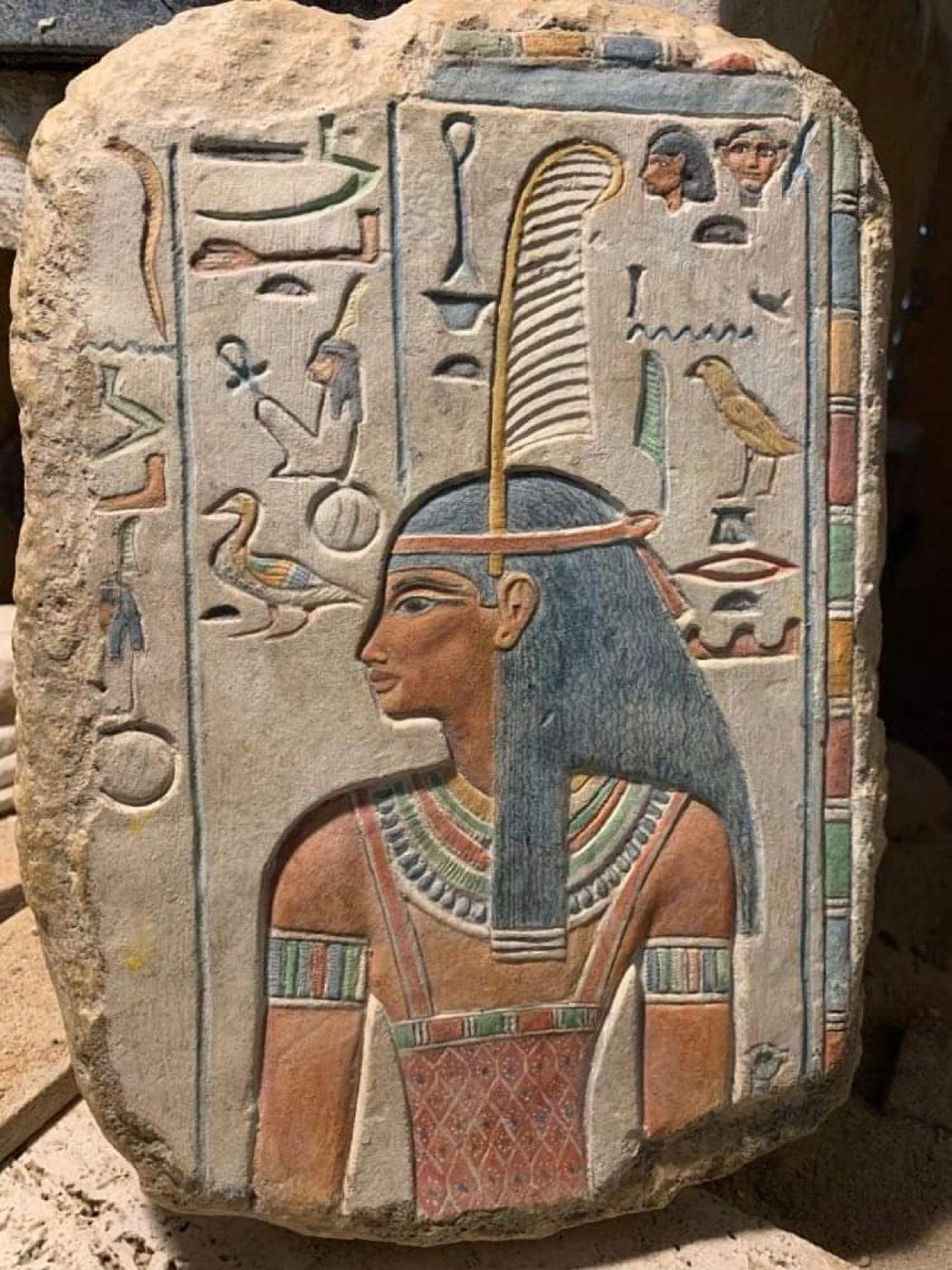 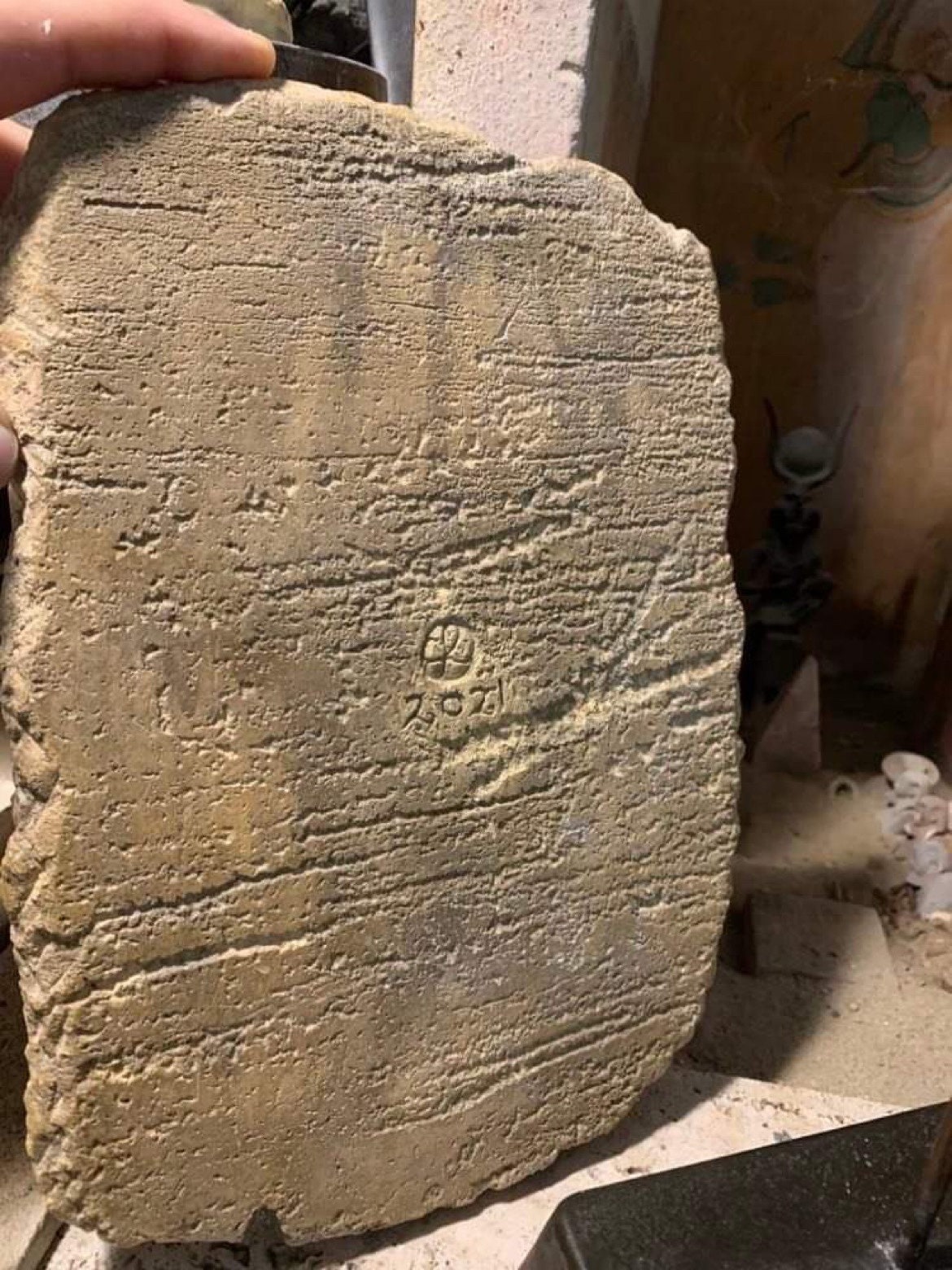 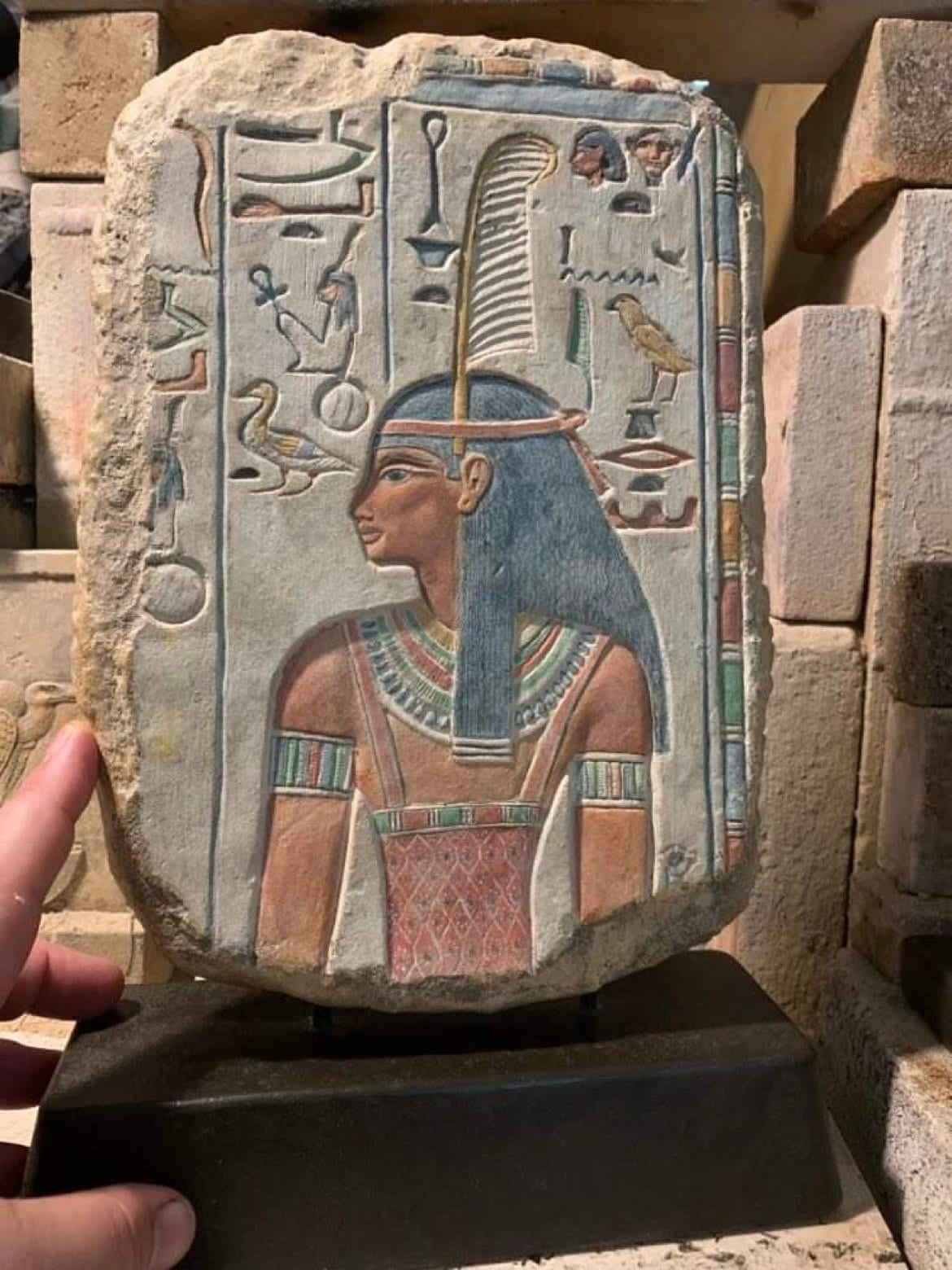 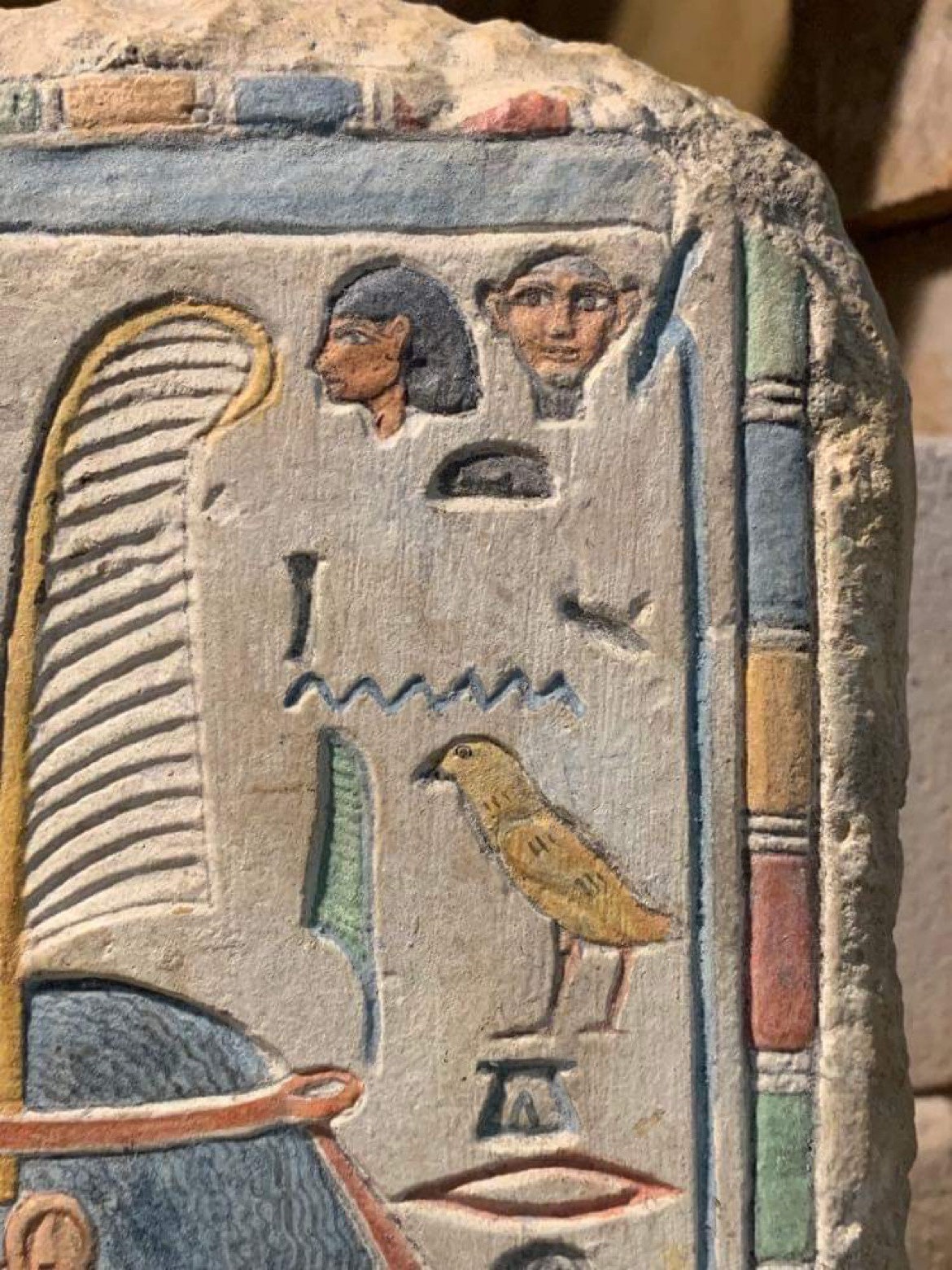 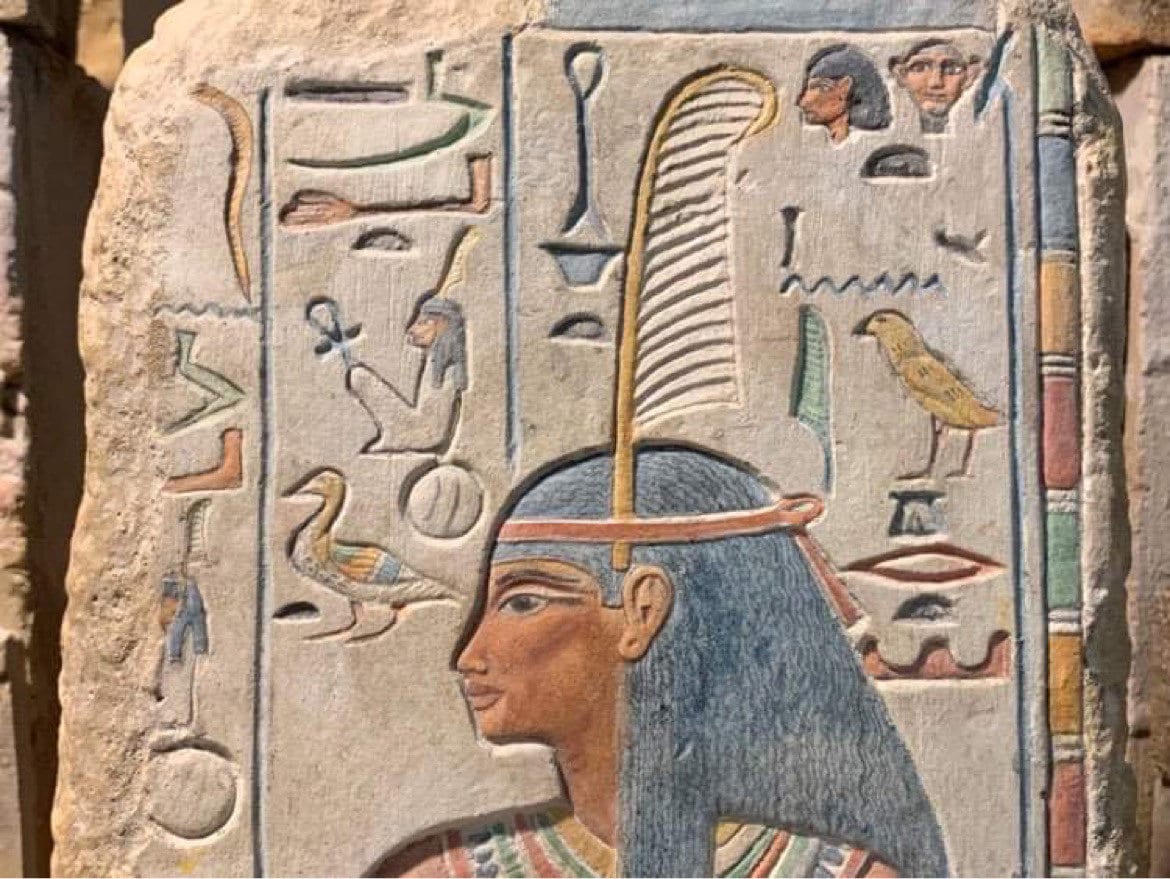 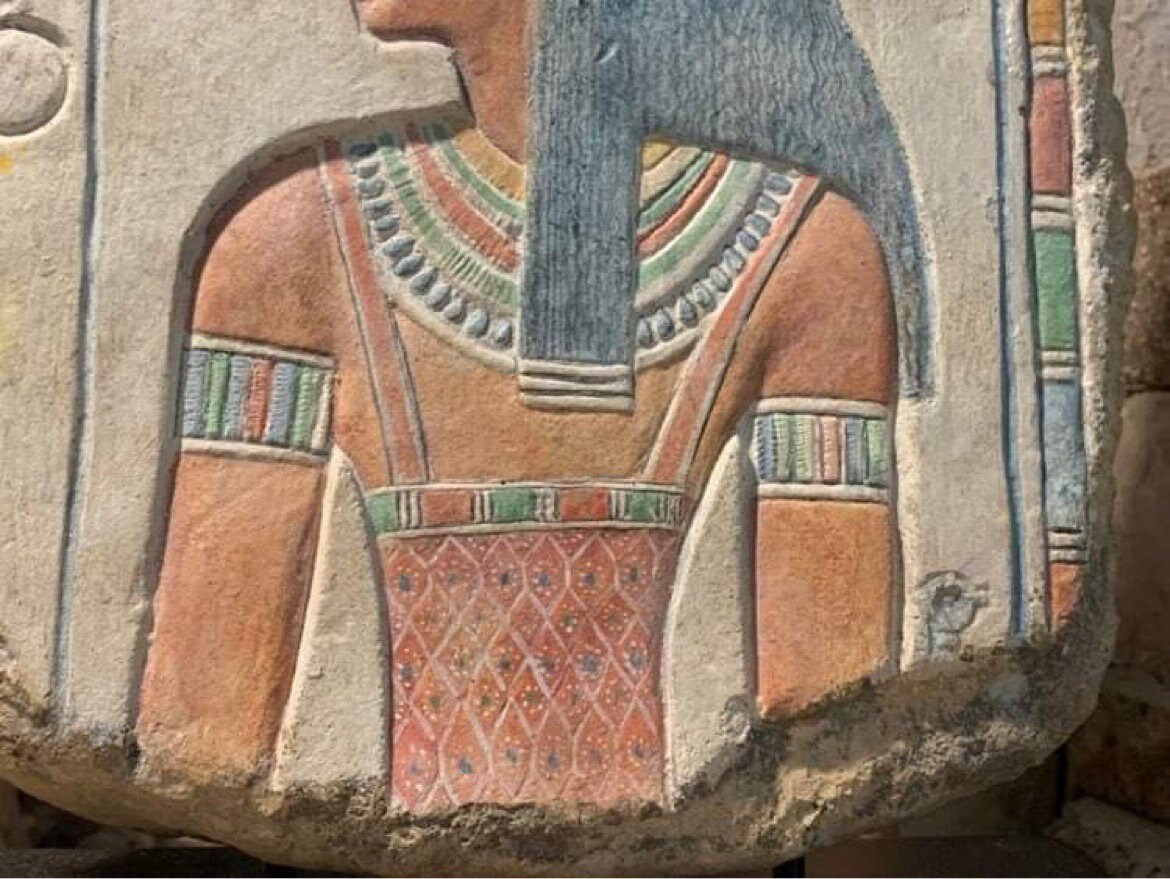 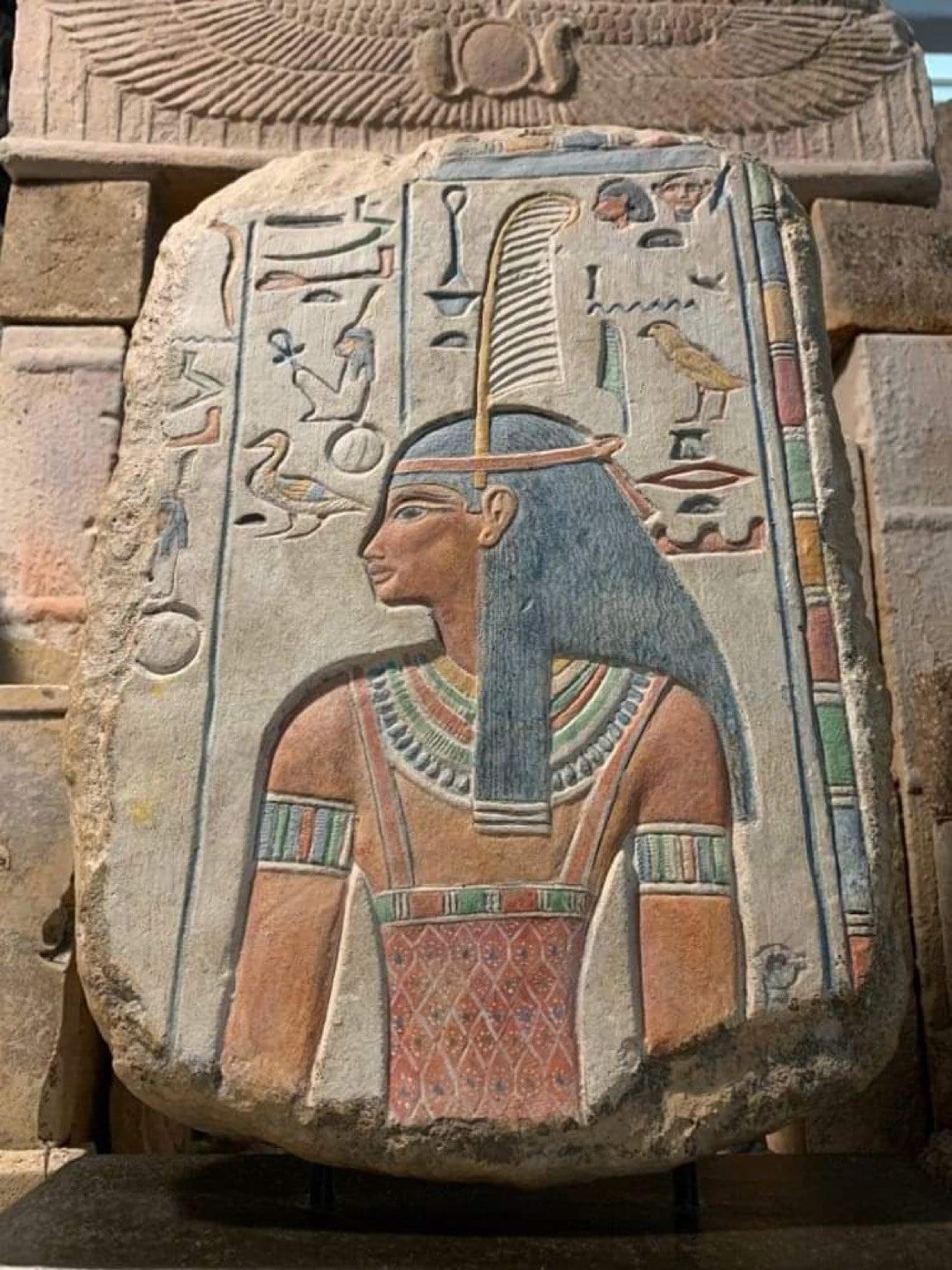 On offer here is a fine 2021 replica of one of my early 1990's carvings featuring one of the most important of Egyptian deities - Maat. Based on a painted fragment in the Turin museum the original piece has considerably well preserved paintwork which I have tried to emulate here with similar vivid colours.

Made of a durable composition stone it has the look and feel of a sandstone variety with an ancient patina. It has a carefully placed on a removable polished stand with a felt lined base.
Background information - Maat or Mayet as I first came to know her name, was an Egyptian goddess who represented universal world order, harmony and balance. Also known as a goddess of truth and justice in her role as decipherer of the human heart.

The Egyptians strived to live in a 'state of Maat'. A world in harmony devoid of chaos.

Each morning when the priests opened the shrines of the gods, they would present a little statue of Maat unto them to show that the world remained in order after the passage of Ra through the twelve gates of night.

Maat's role in the afterlife - In the hall of judgement that one had to enter before entering a blissful afterlife, a typical scene saw the deceased being led by Anubis to a set of scales that were directly in front of a seated Osiris who was the god presiding over the underworld. The scales were used to weigh the spiritual heart of the deceased to see if it had been 'true of voice' and a good heart, taking into consideration all of lifes challenges.

The heart was weighed against Maat's feather of truth which she would pluck from her headband {see the carving} and place on the scale. Thoth, the scribal god was also present in such scenes and once he had tallied the result and your heart rang true you would pass to the sacred gardens of the afterlife. If you failed the god Ammit, the devourer of souls would eat yours. Game over.