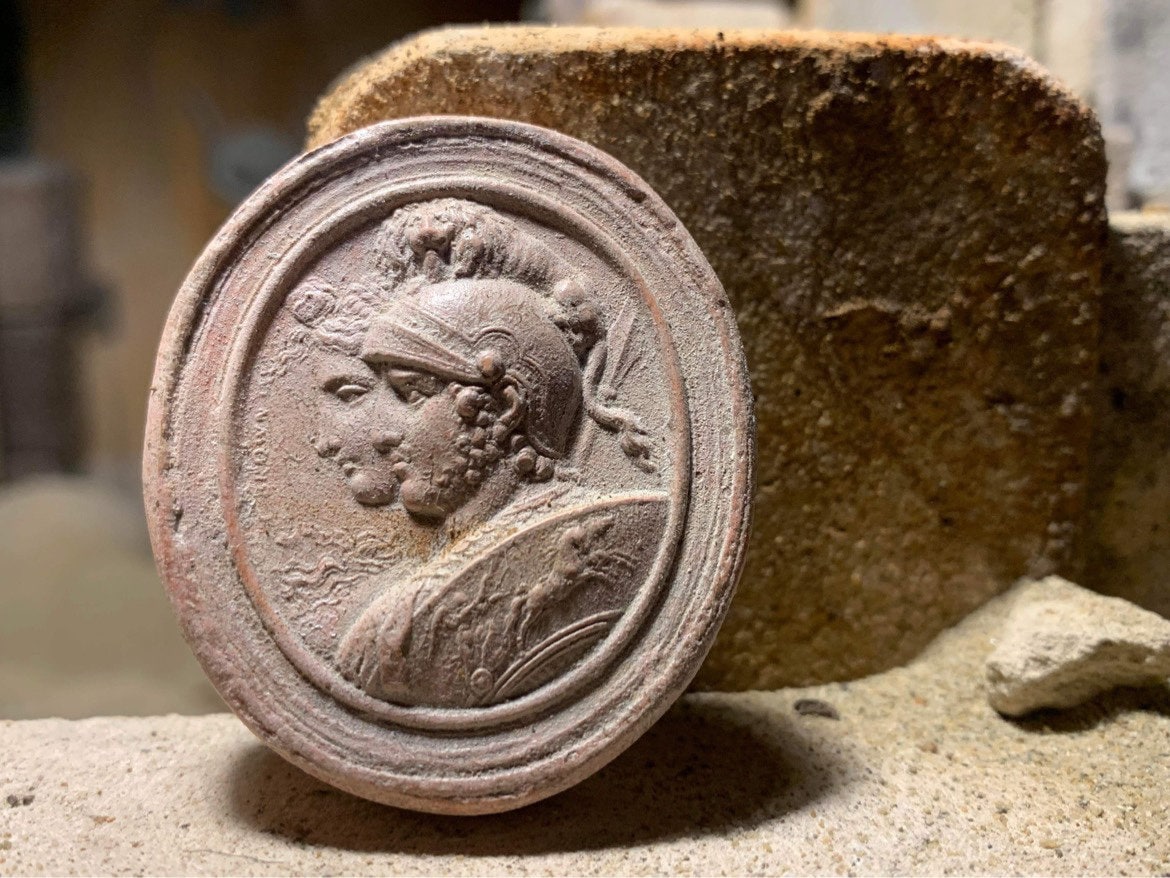 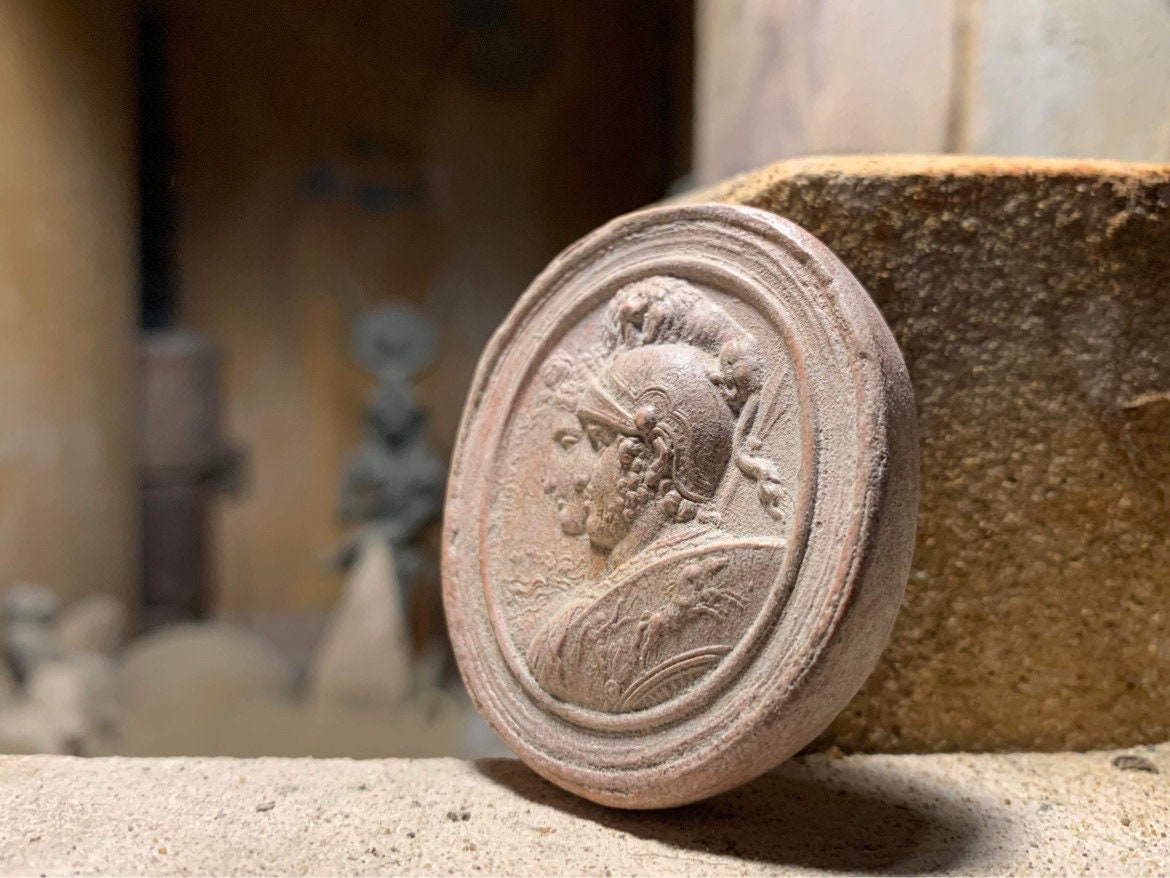 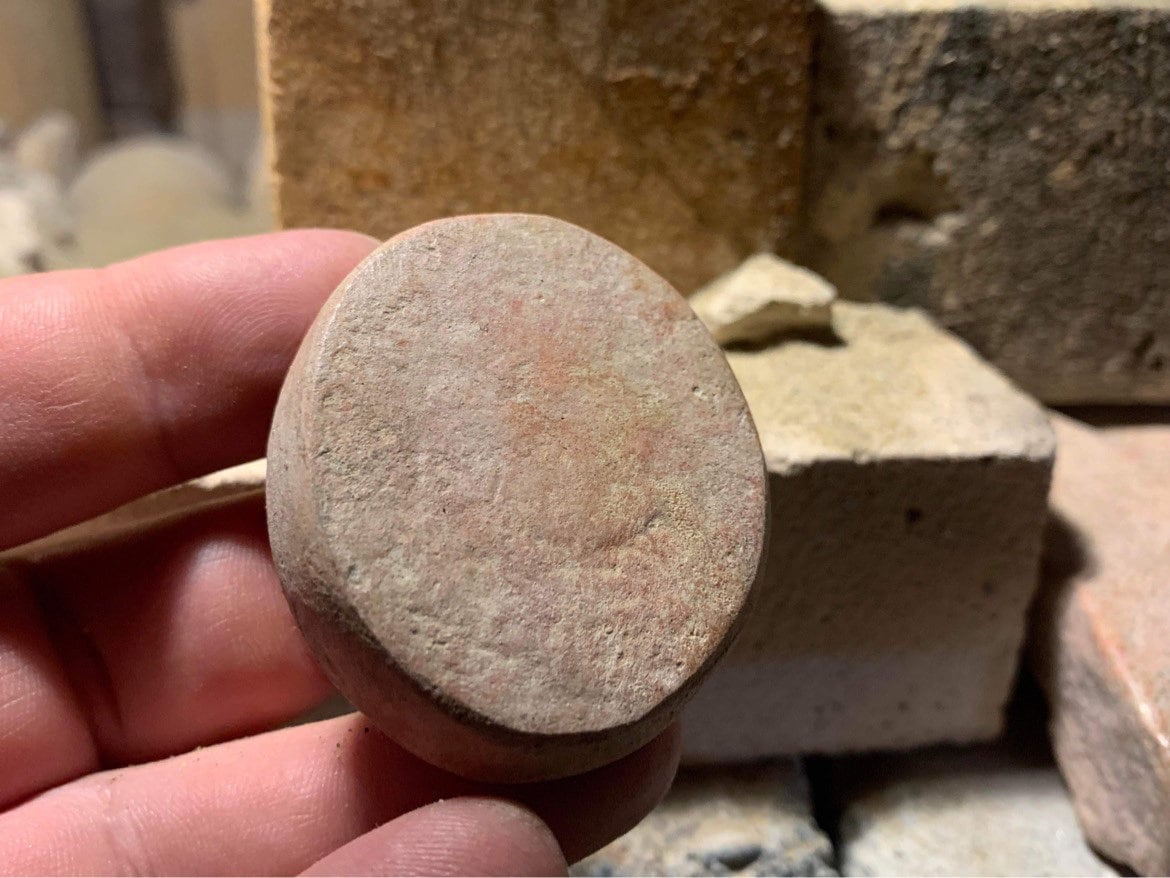 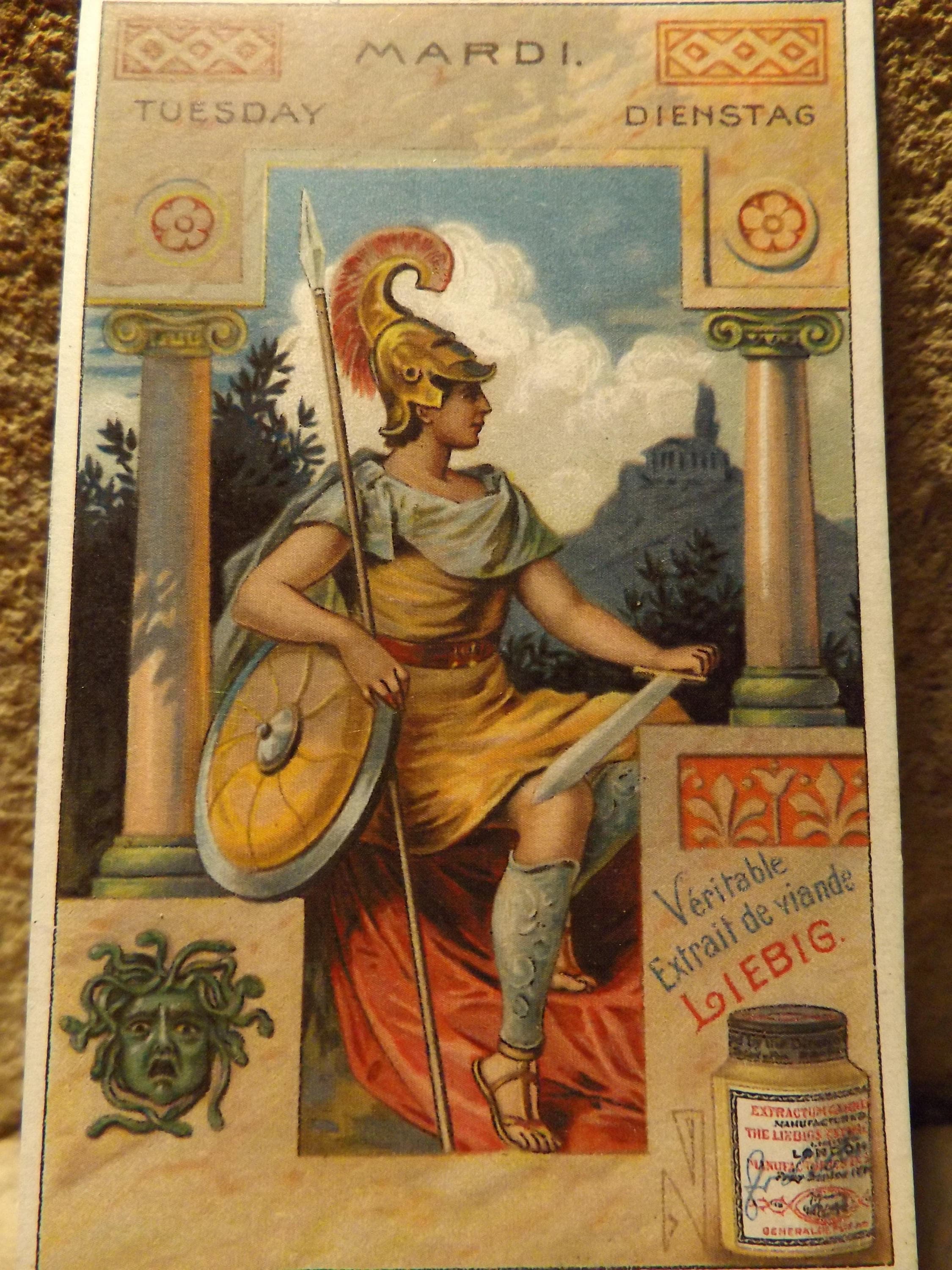 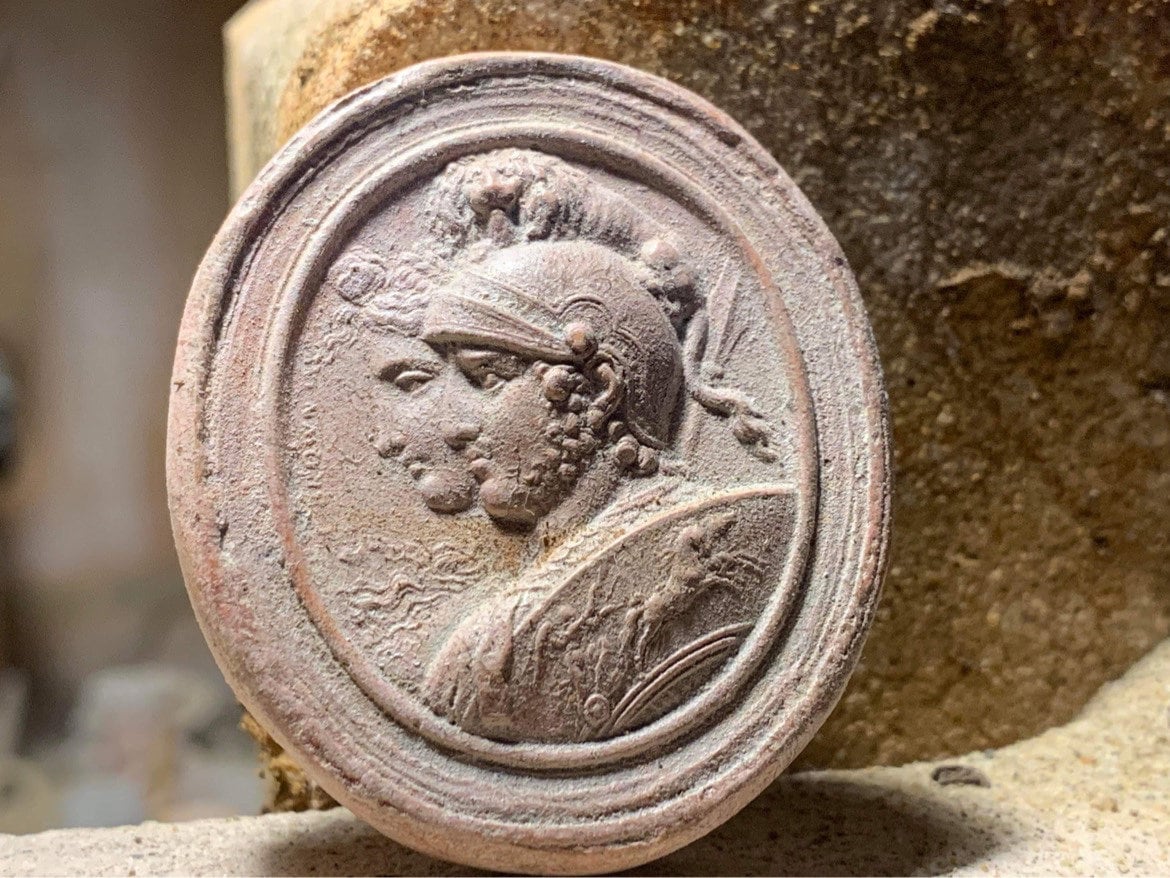 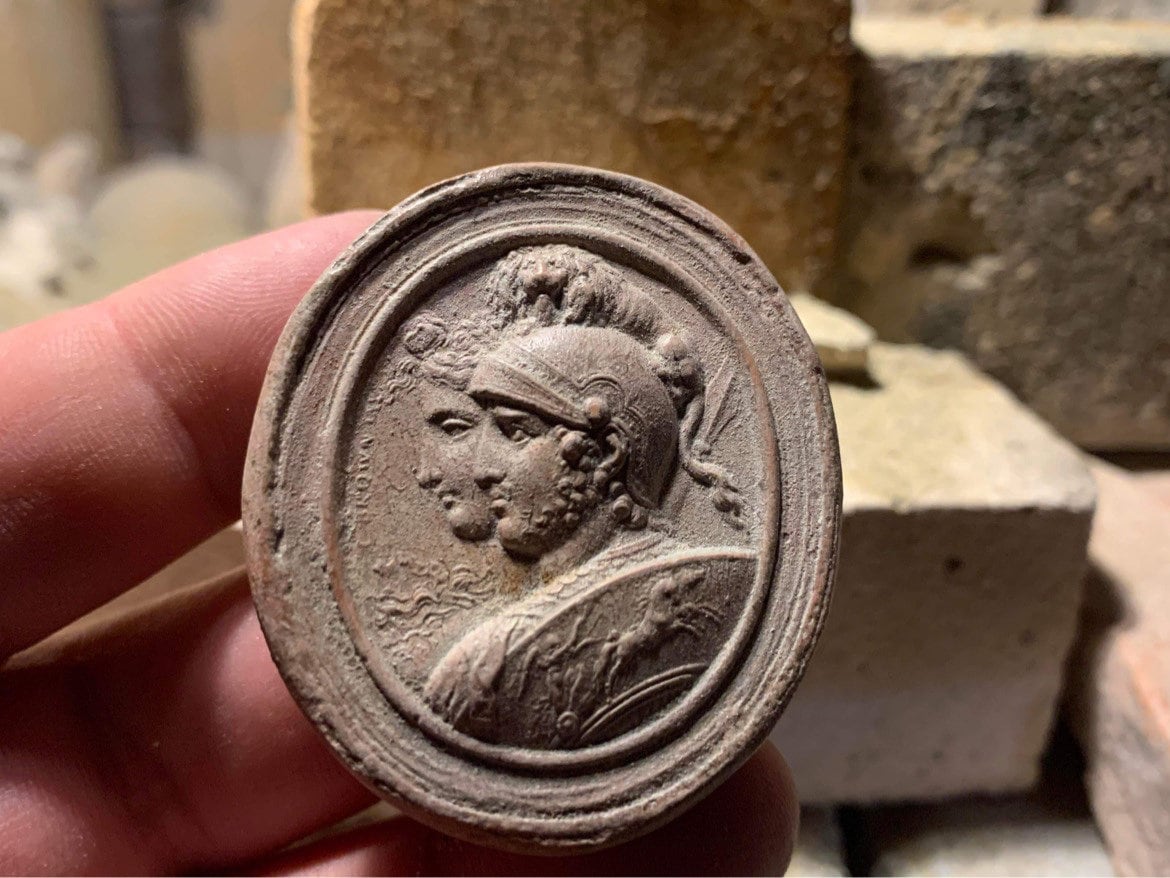 This is an exquisite portrait of the Roman power couple, Mars and Bellona, the god and goddess of war. Made of a limestone and quartzite composition stone it has a most realistic aged ochre patina.

Included is a replica collector card featuring Mars in a regal pose with spear and shield.

Background information - Mars was also known by the original ancient Greek name Ares and Bellona's Greek counterpart was Enyo. In addition to these multiple names associated with the same essence of the goddess the name 'Nerio' was known as the principal consort of Mars.

Mars was originally worshipped just outside the boundaries of the Roman city but during the reign of Augustus the introduction of a temple dedicated to him in the forum gave him greater prominence second only to Jupiter.

*The temple of Bellona was located opposite that of Mars.

*Both were known as protectors of agriculture and offerings were heaped in abundance within the temples during the sowing of seed and prior to harvest. June the 3rd was the most sacred day of Bellona.

*The woodpecker and the wolf were the animals most sacred to Mars.

* The month of March was named in his honour and ushered in the ideal time for beginning a military campaign. This was due to ideal weather and abundance of food both raw and processed for travel.