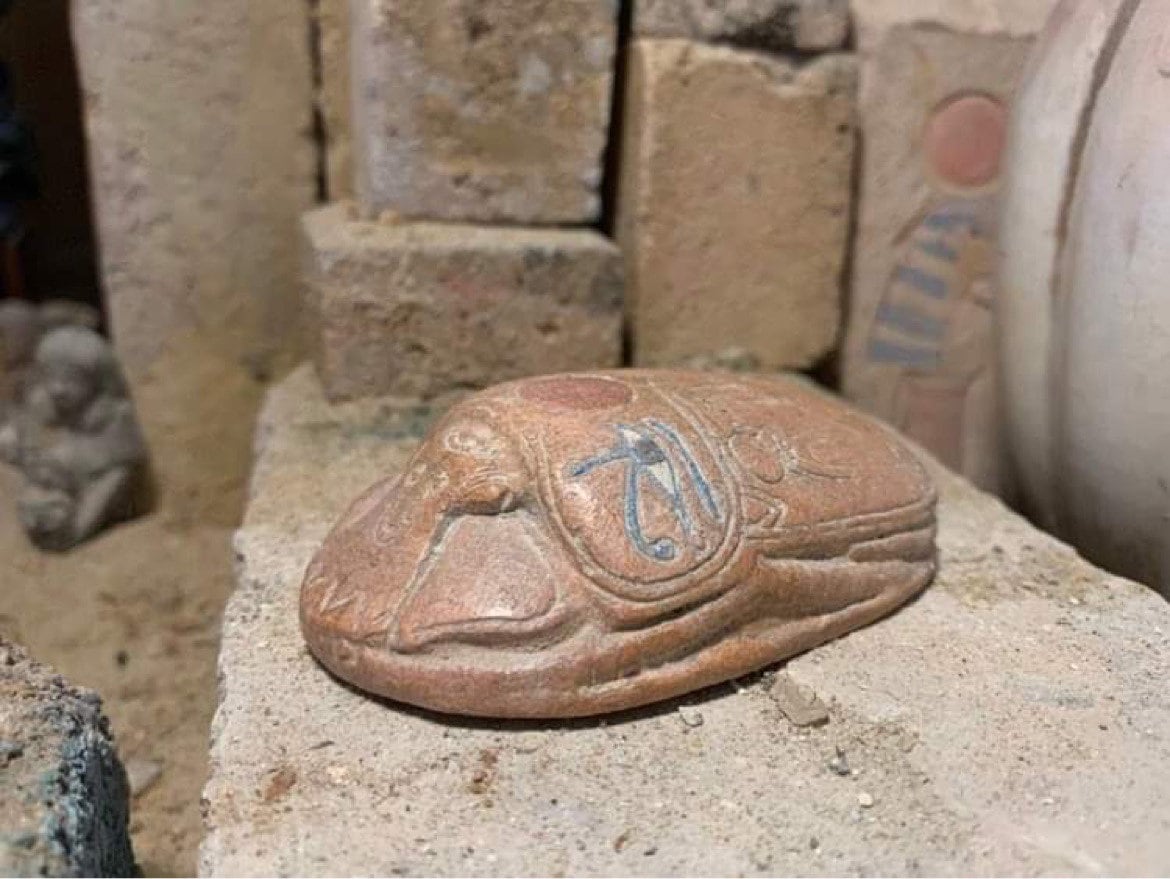 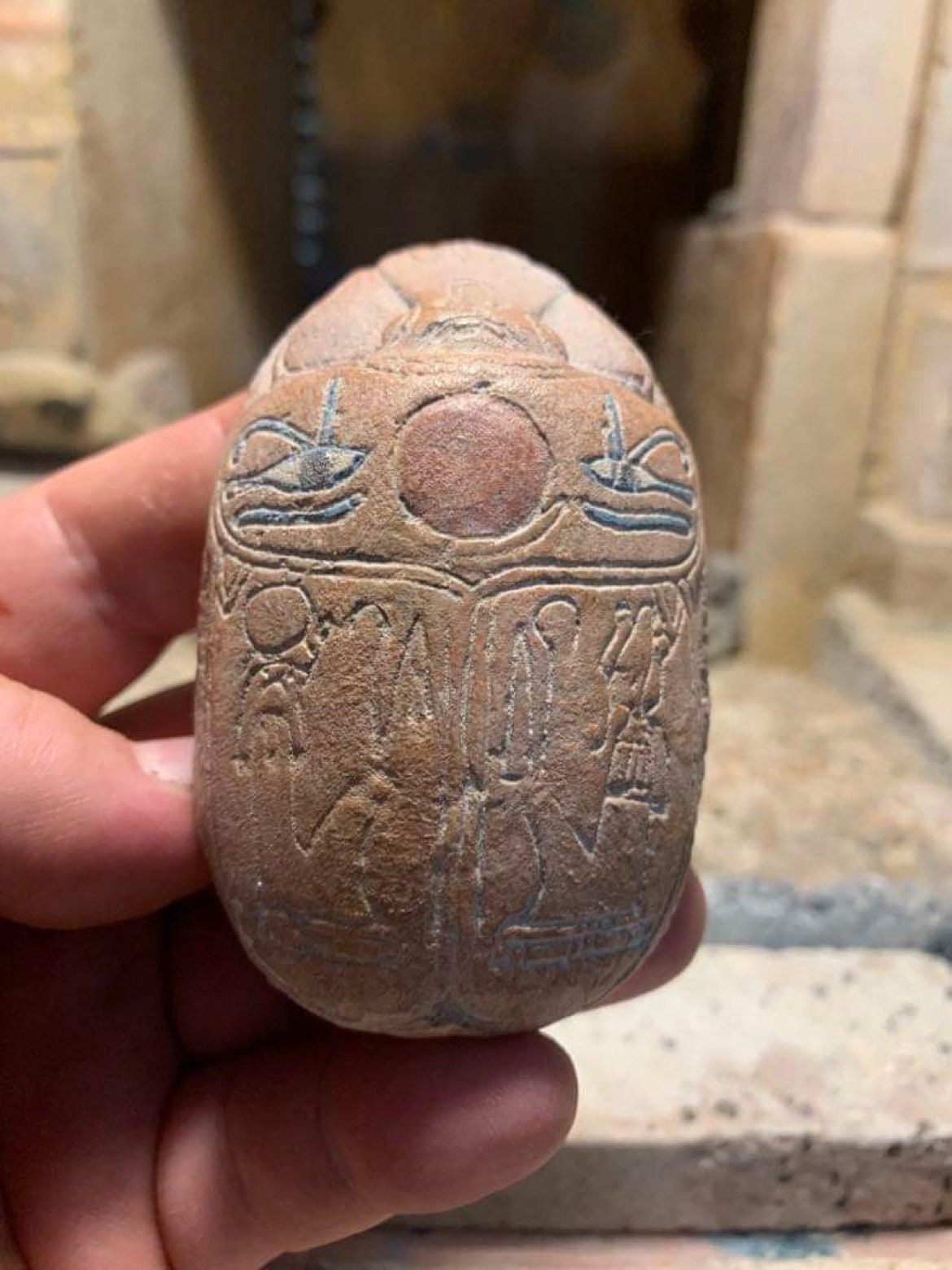 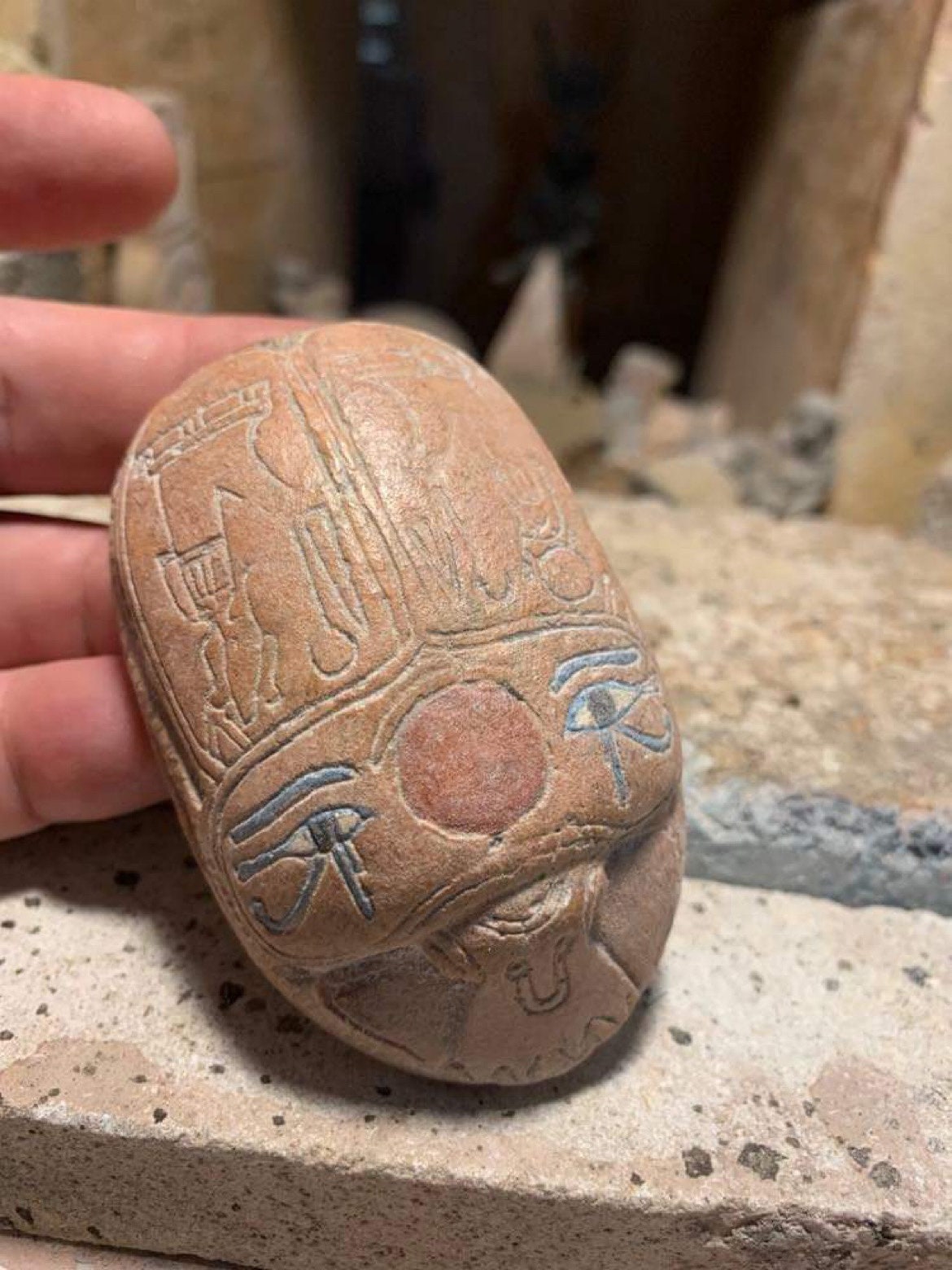 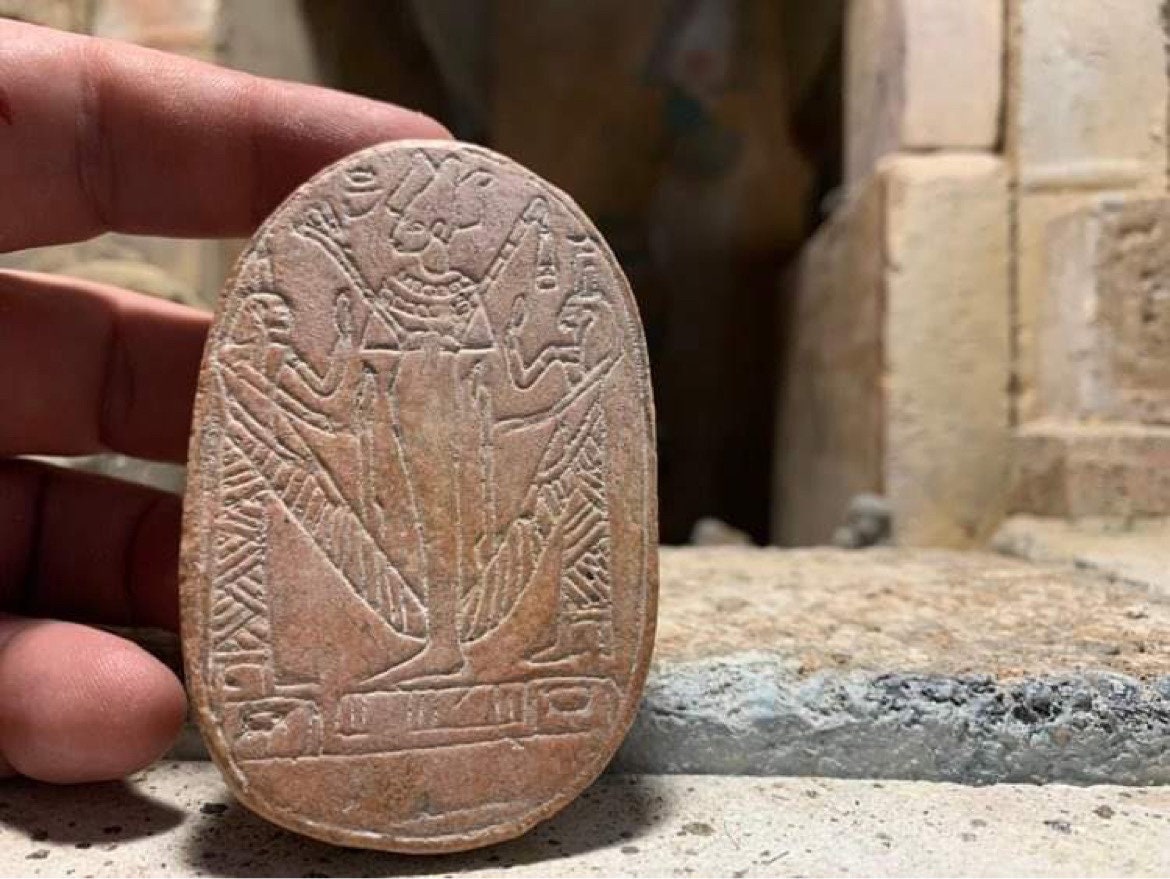 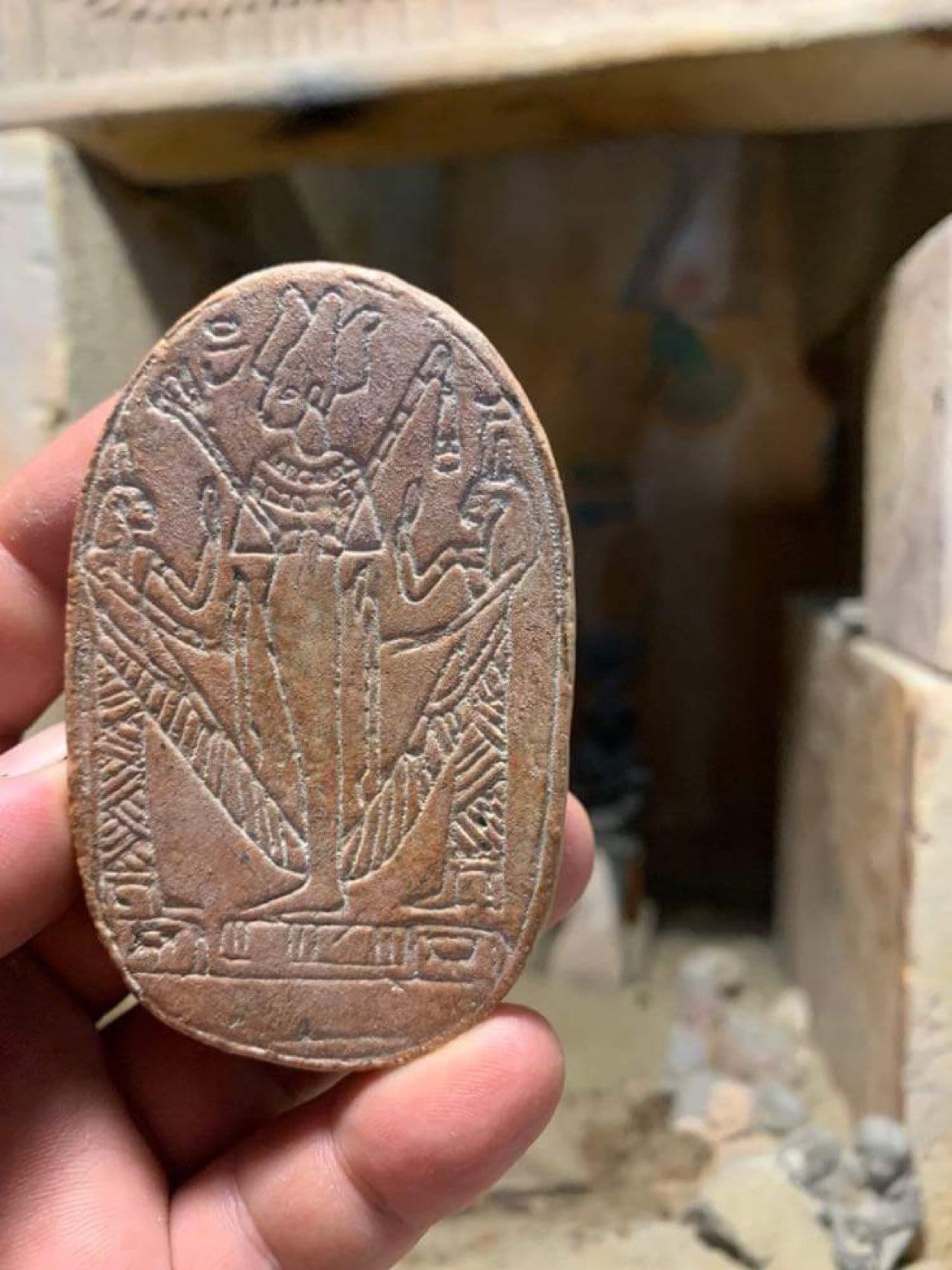 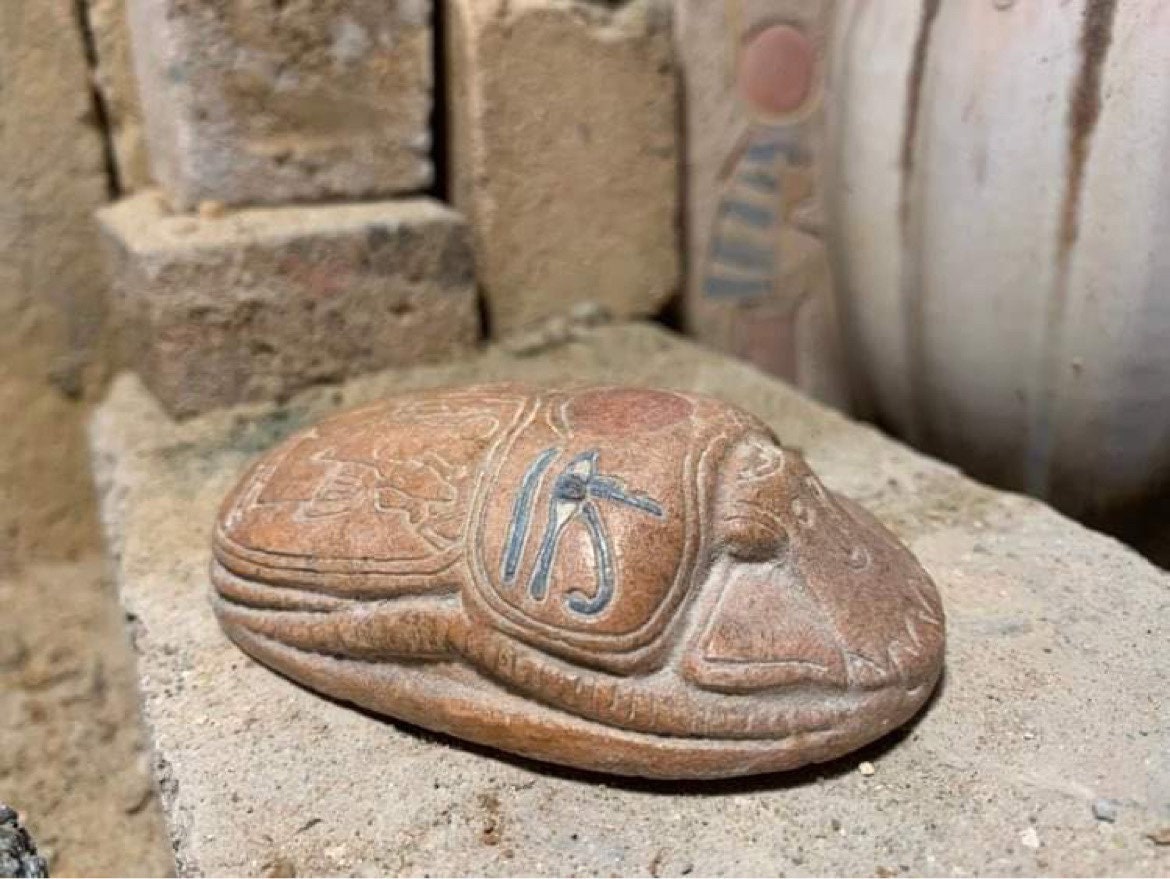 
On offer here is an exquisitely detailed scarab replica of an actual scarab. Covered with engravings of Ra, Osiris and the protective eyes of Horus on the back. On the underside, Osiris is flanked by Isis and Nepthys with protective wings spread in attractive symmetry.

The scarab itself is a symbol of rebirth and renewal made even more potent by the addition of Osiris. The Osiris story was the greatest story of rebirth in the religious texts and to be with Osiris in the next life was the ultimate goal of an ancient Egyptian both king and commoner.

Made of a limestone and quartzite composition stone, it has an aged patina.

This association came to the Egyptians quite early in history as they observed the scarab breaking up animal dung and forming a spectacularly perfect orb that was usually larger than the beetle itself. It would then roll it along the ground to its burrow and lay eggs in it. To the Egyptians it looked like the globe of the sun in miniature travelling across the ground instead of the sky, thus the scarab became connected with the solar god. The fact that the ball of dung would eventually burst with new scarabs gave it an extra push into the ancient consciousness that this powerful little creature was indeed a symbol of rebirth.

In my teenage years while building my Egyptian kingdoms on my grandparents remote farm, I used to watch these creatures in action, and they used to work in packs until the job of breaking up a cow patty was done. They were an introduced species to the Australian outback in the 1950's and a pocket of them luckily survived on our farm.