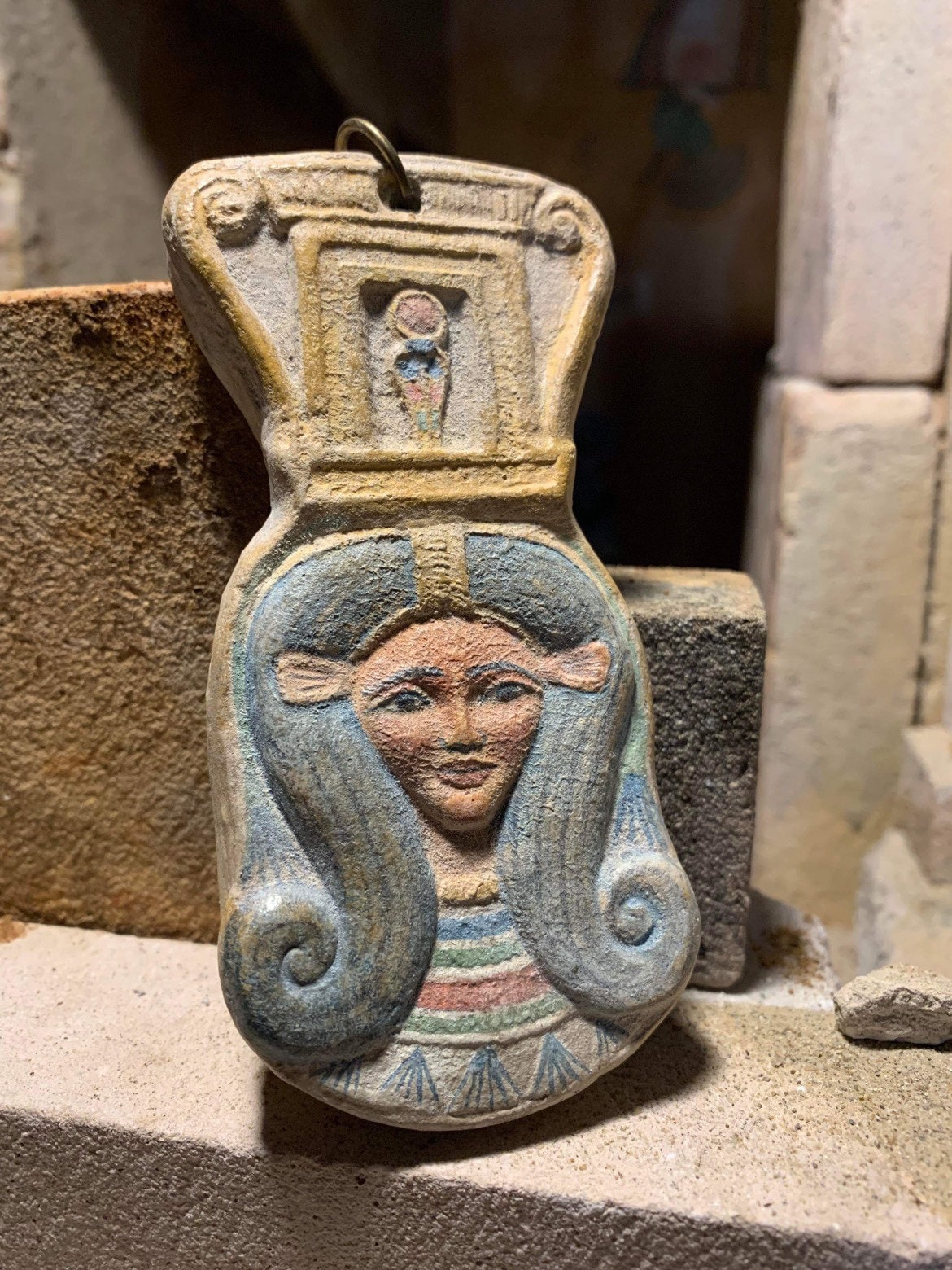 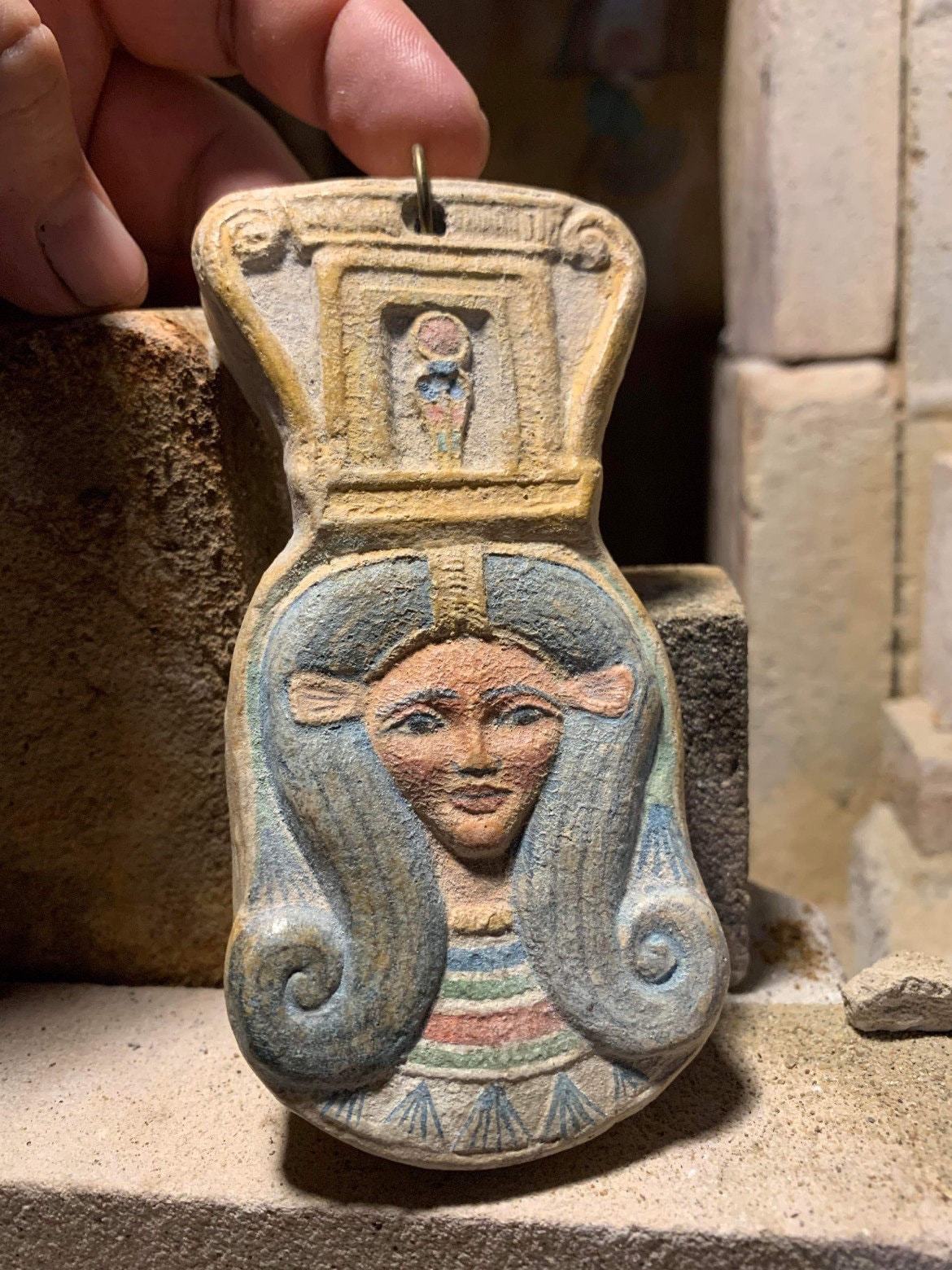 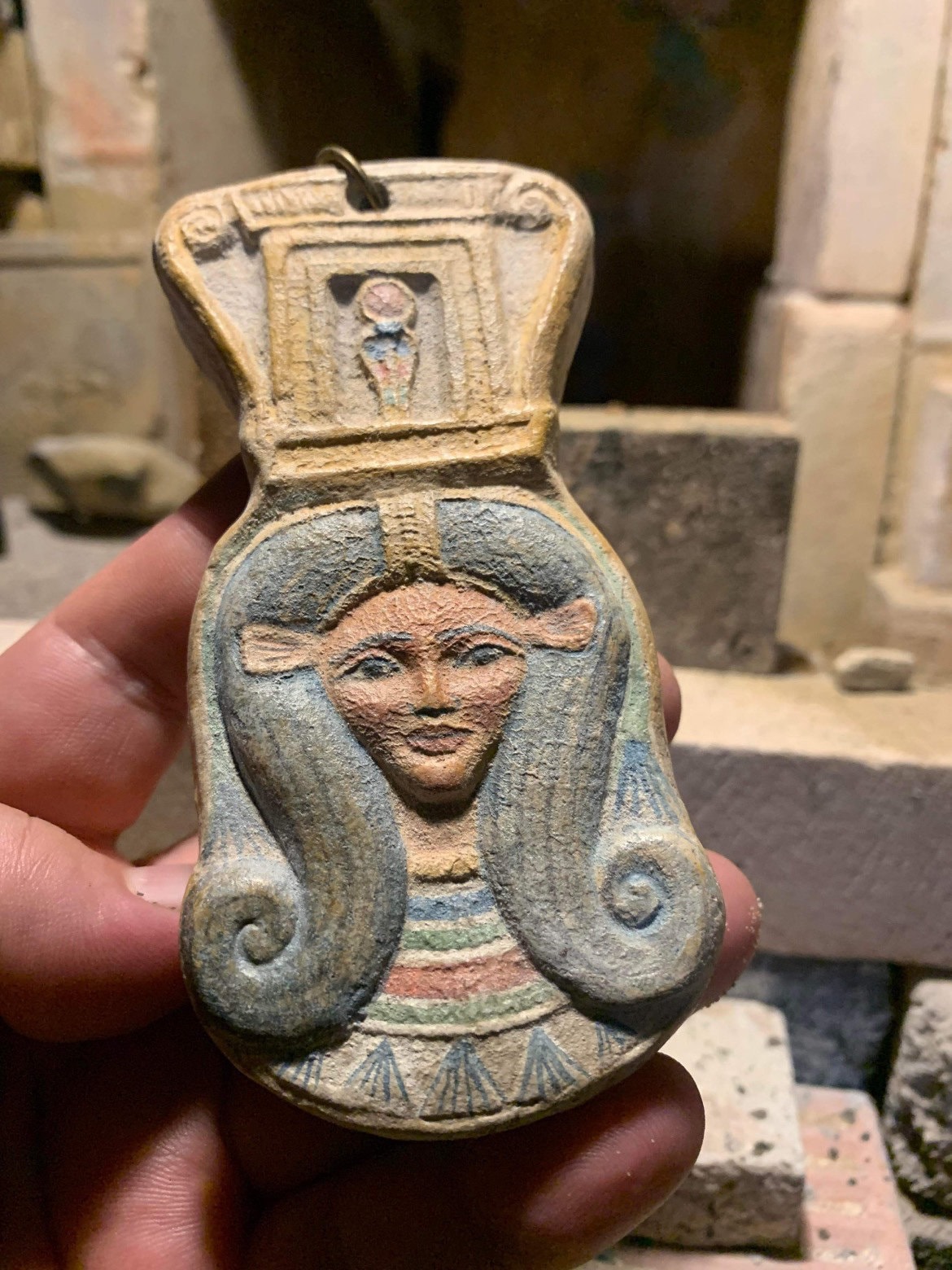 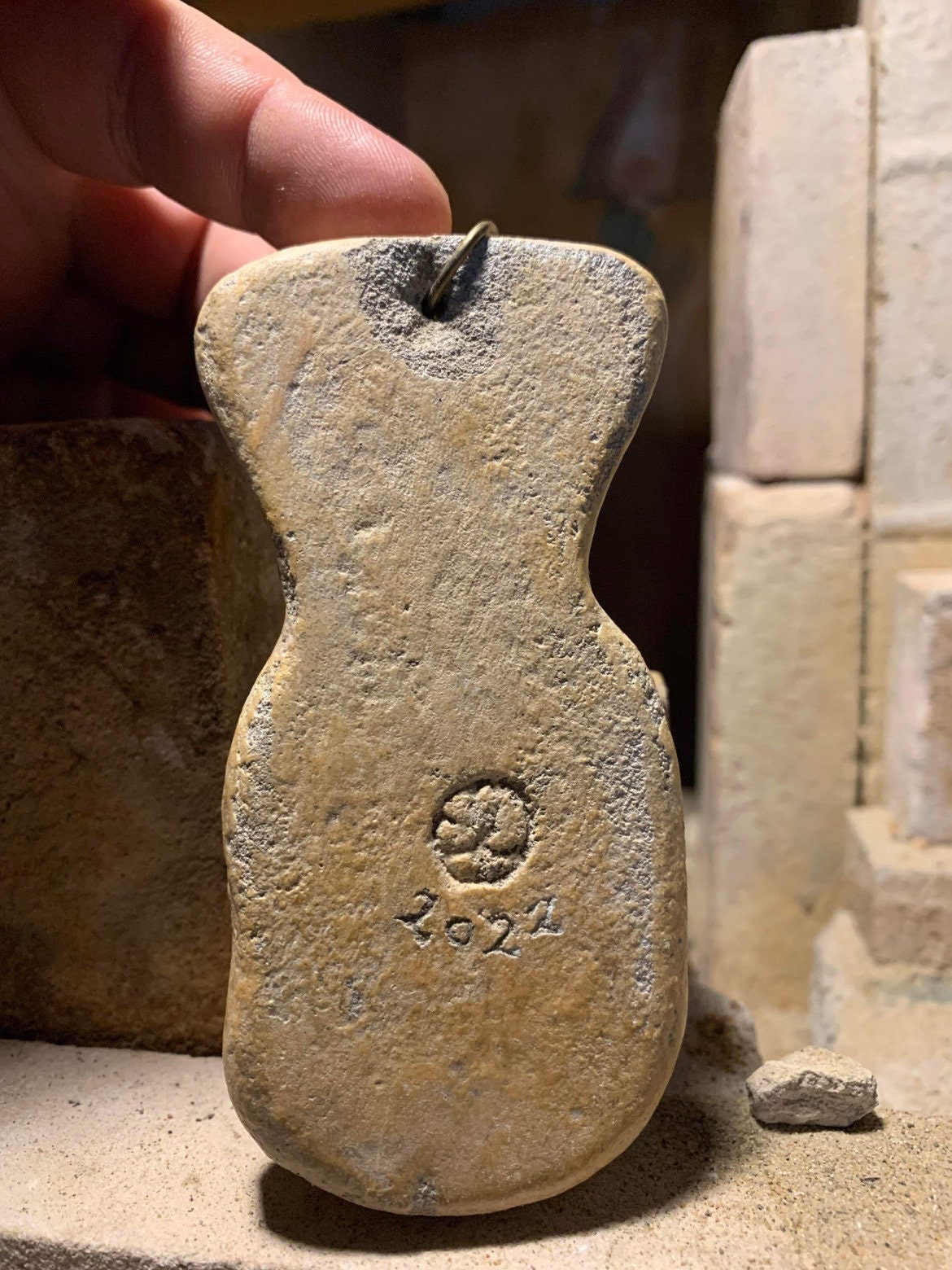 A very nice earthy amulet of the goddess Hathor in a sistrum style composition 2022 edition.


This is a sistrum style face with spiral wig and naos shrine directly on top of the head. A protective uraeus cobra can be seen in the doorway of the shrine. The uraeus cobra was a protection symbol of gods and Pharaohs and in this instance, it has the disc of Ra the sun on it's head.

Hathor was a goddess of love, music and dance with her principal temple located at Denderah. Here atop the lofty columns of this unfinished temple, you can see similar Hathorian faces carved as the decorative element where the lintels meet the roof.

This design was widely used in temple sistrums as well. Sistrums were the temple rattle of which many examples survive in tact made from a variety of materials. This amulet would represent the decorative middle portion of the rattle which had a handle at the bottom and an arched piece of metal looking like an upside down letter 'U' at the top. Horizontal metal rods were thread across the arch with small, thin metal discs pierced onto the rods which would tinkle when shook.

This amuletic form has a bronze ring positioned just above the shrine which makes her suitable to hang. It is made of a limestone and quartzite composition stone and has been hand painted and aged in earthy tones with etched details.

*I strongly suggest seeing the movie 'Agora' which was an absolutely terrific film capturing a gritty ancient realism far removed from the glossy film sets of past endearing classic films such as Cleopatra. Set in Alexandria the main temple featured in the film, borrowed heavily from the temple of Dendara. Dendara as you may know was the center for Hathorian ritual with her main temple the principal monument. The film Agora uses the Hathorian capitals to stunning effect and that is all I wish to say without spoiling it for those of you who have yet to see it........but it did inspire this version of my old amulet design.