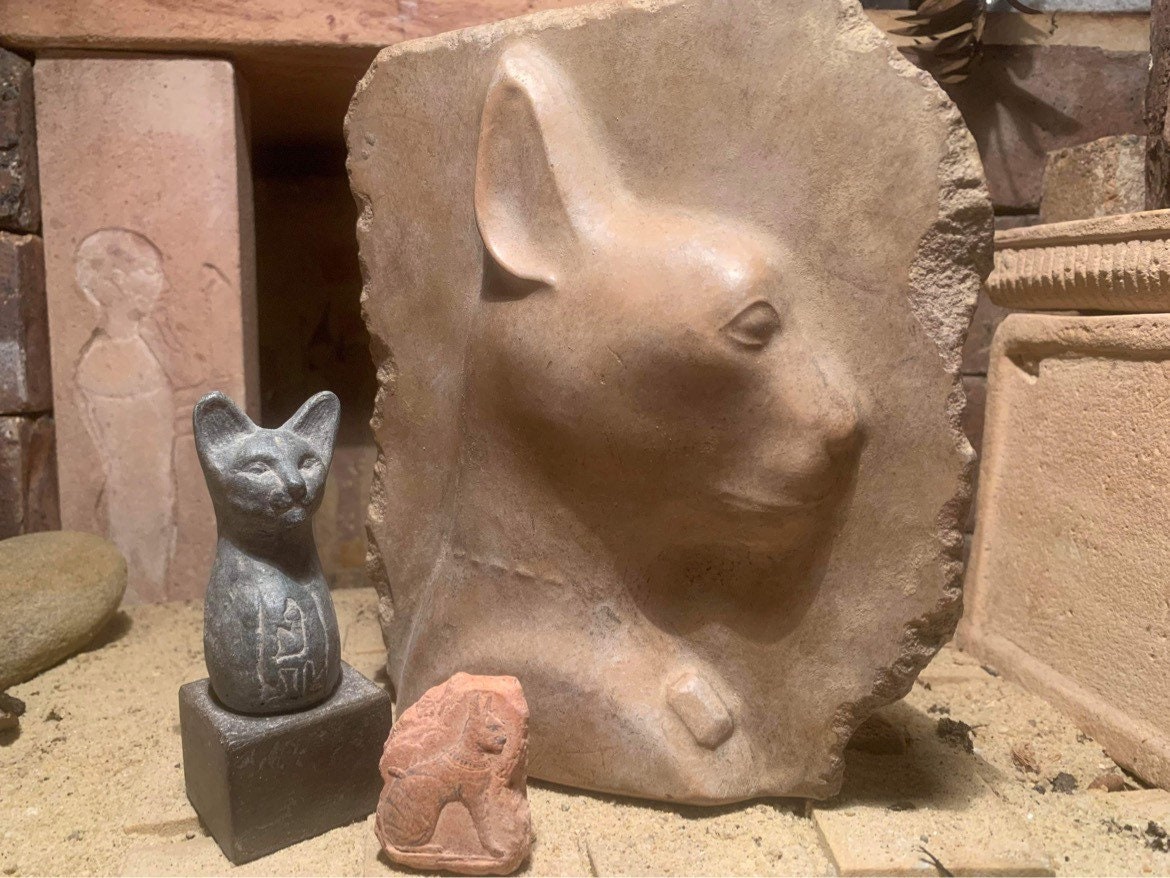 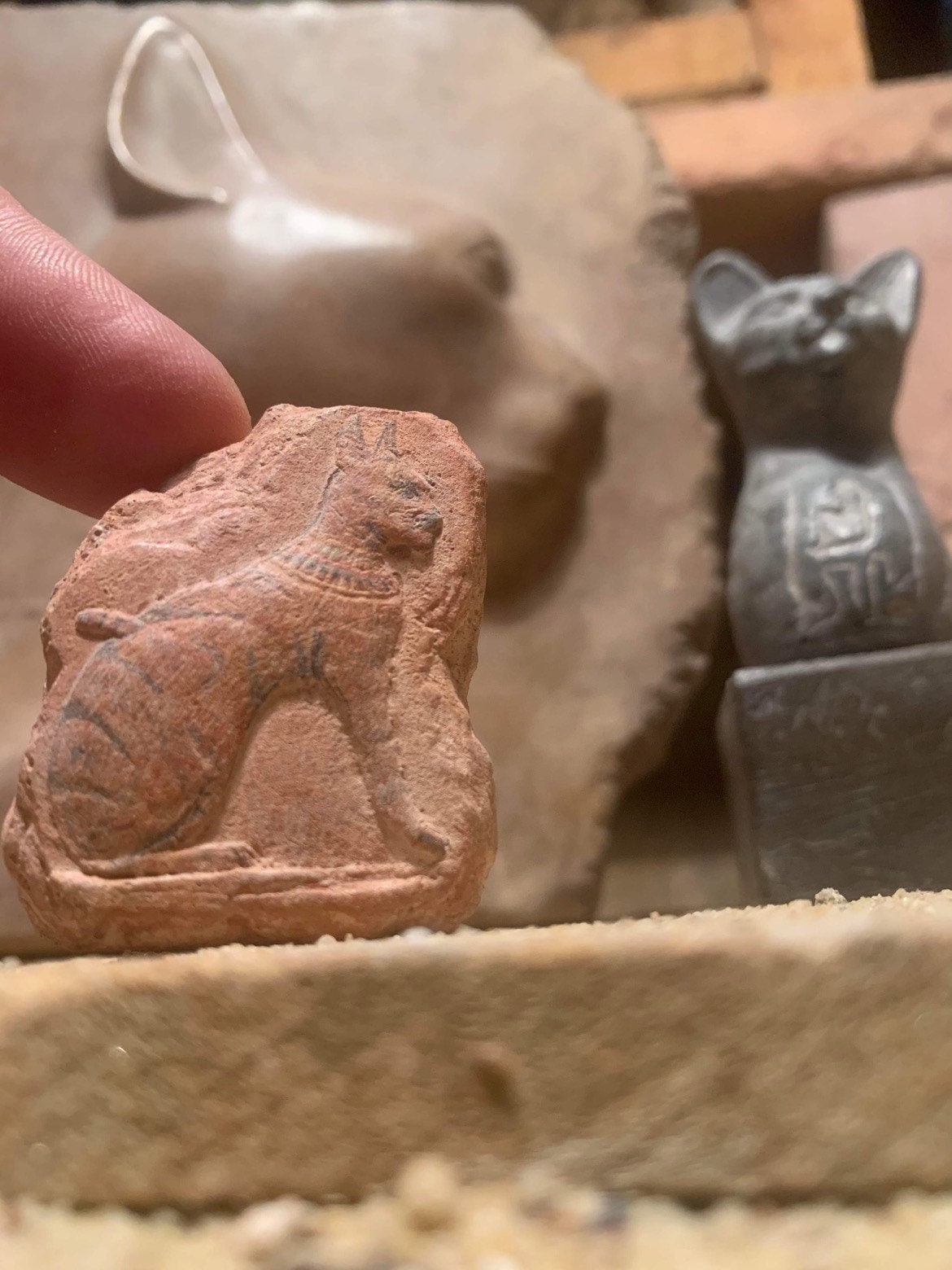 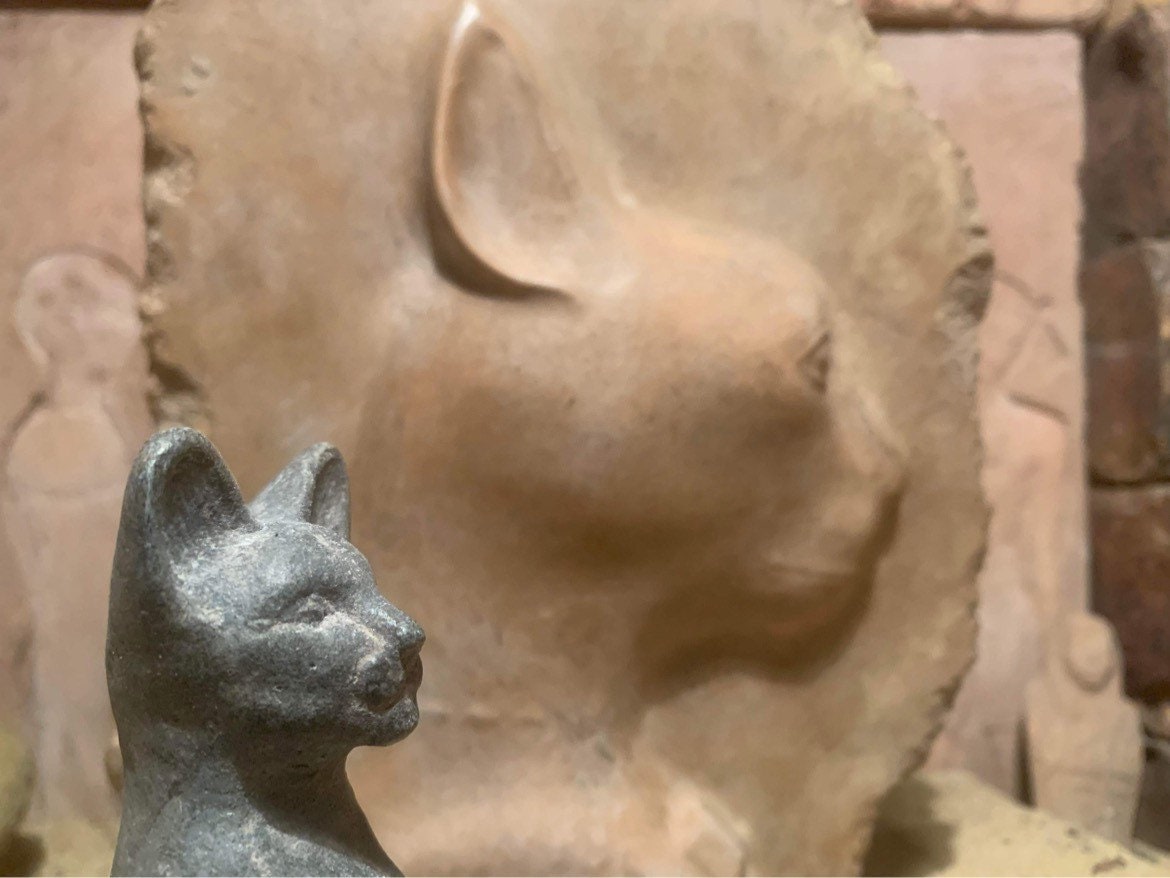 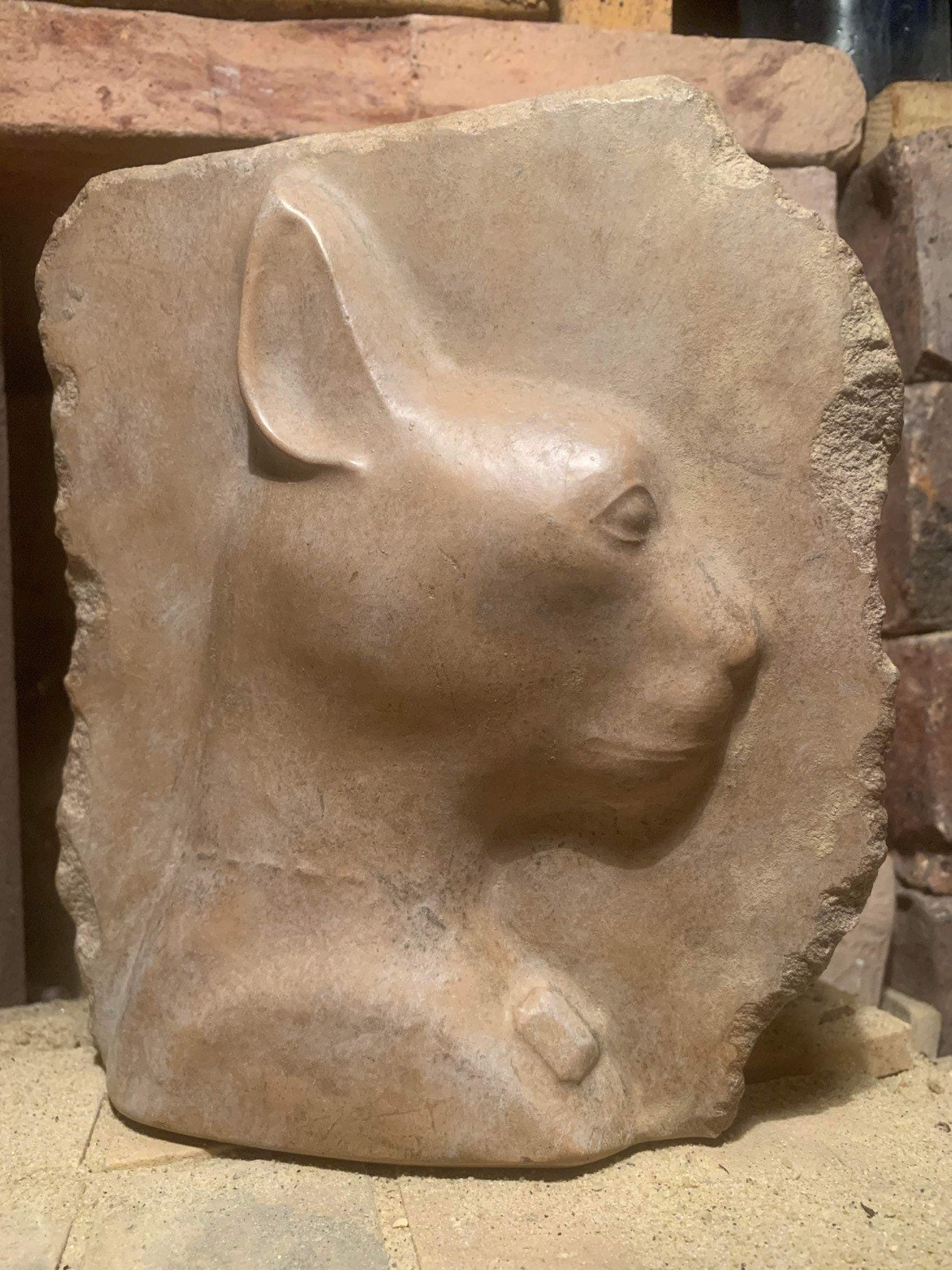 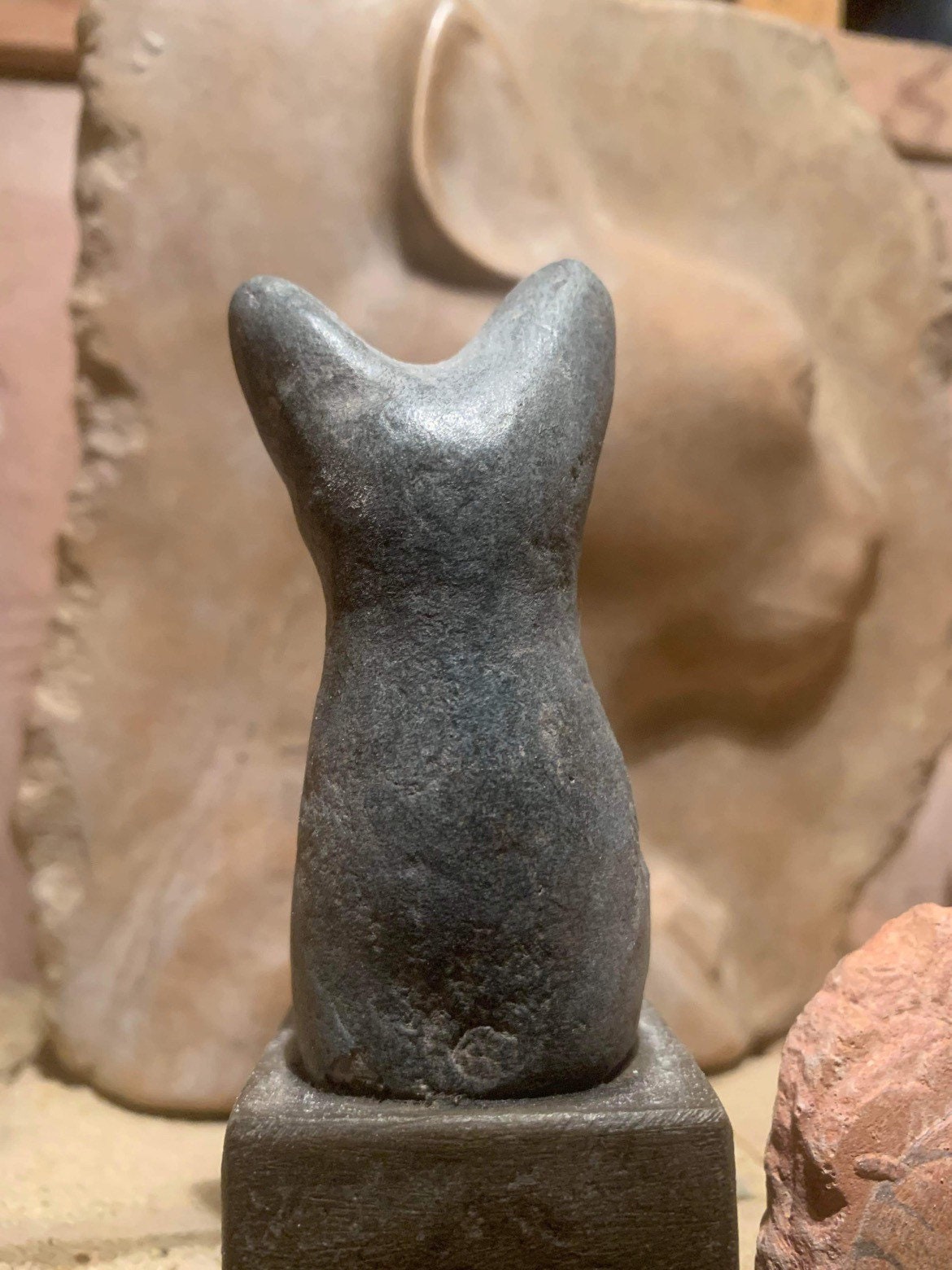 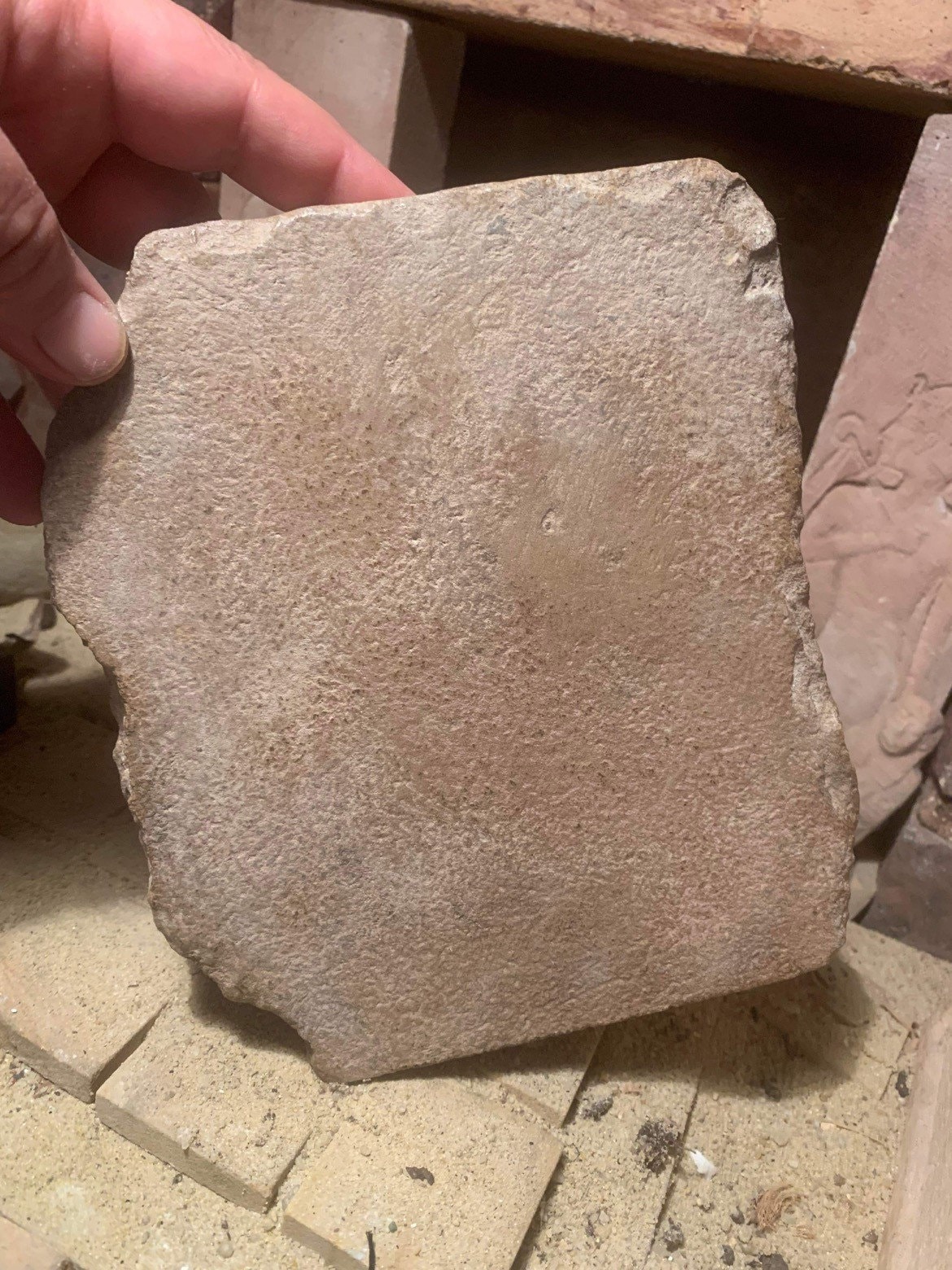 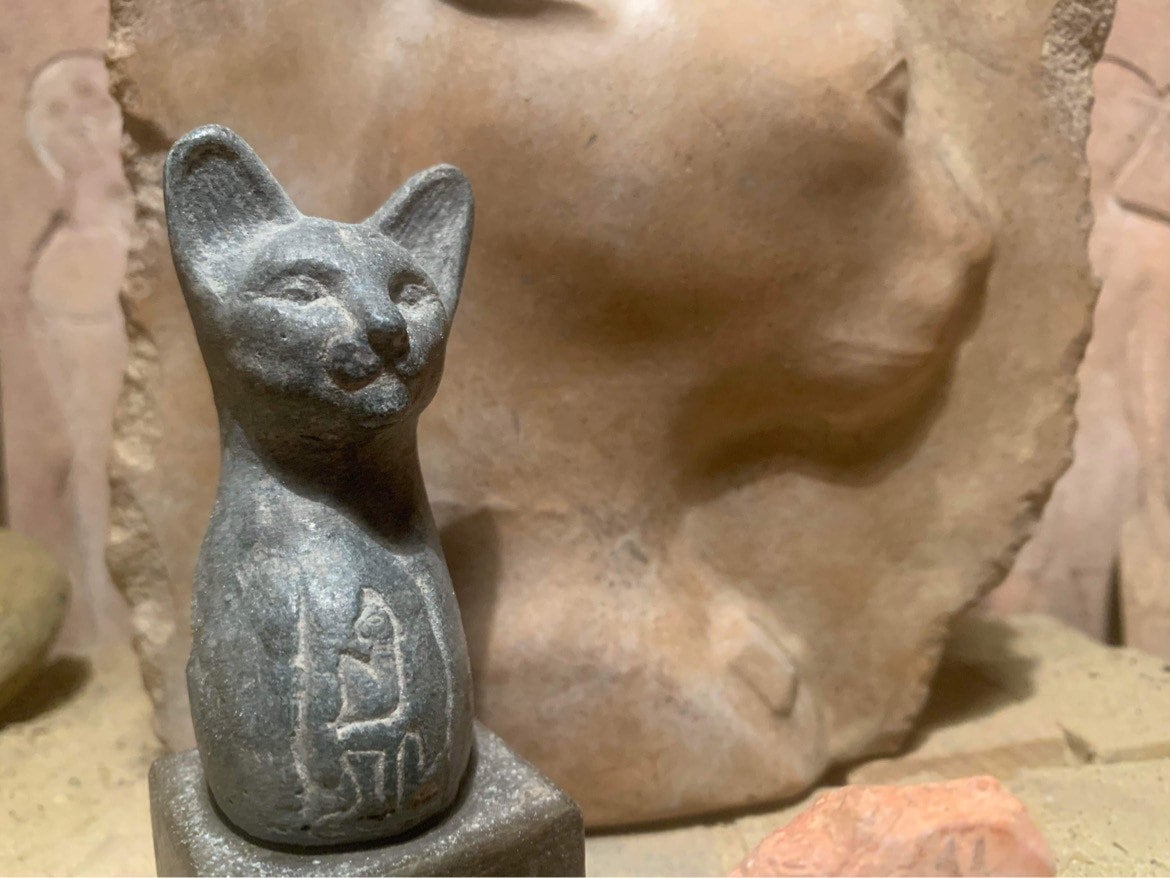 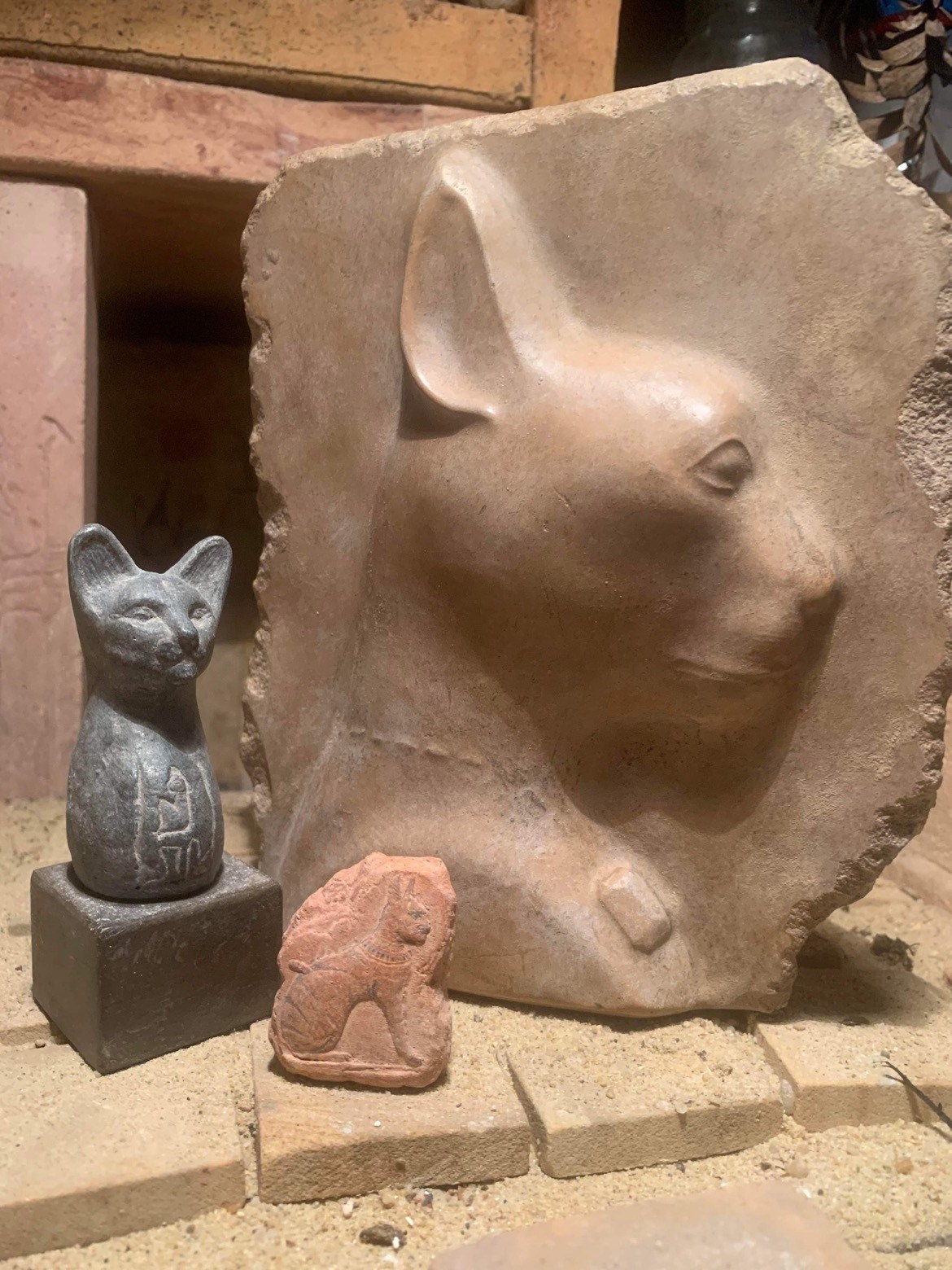 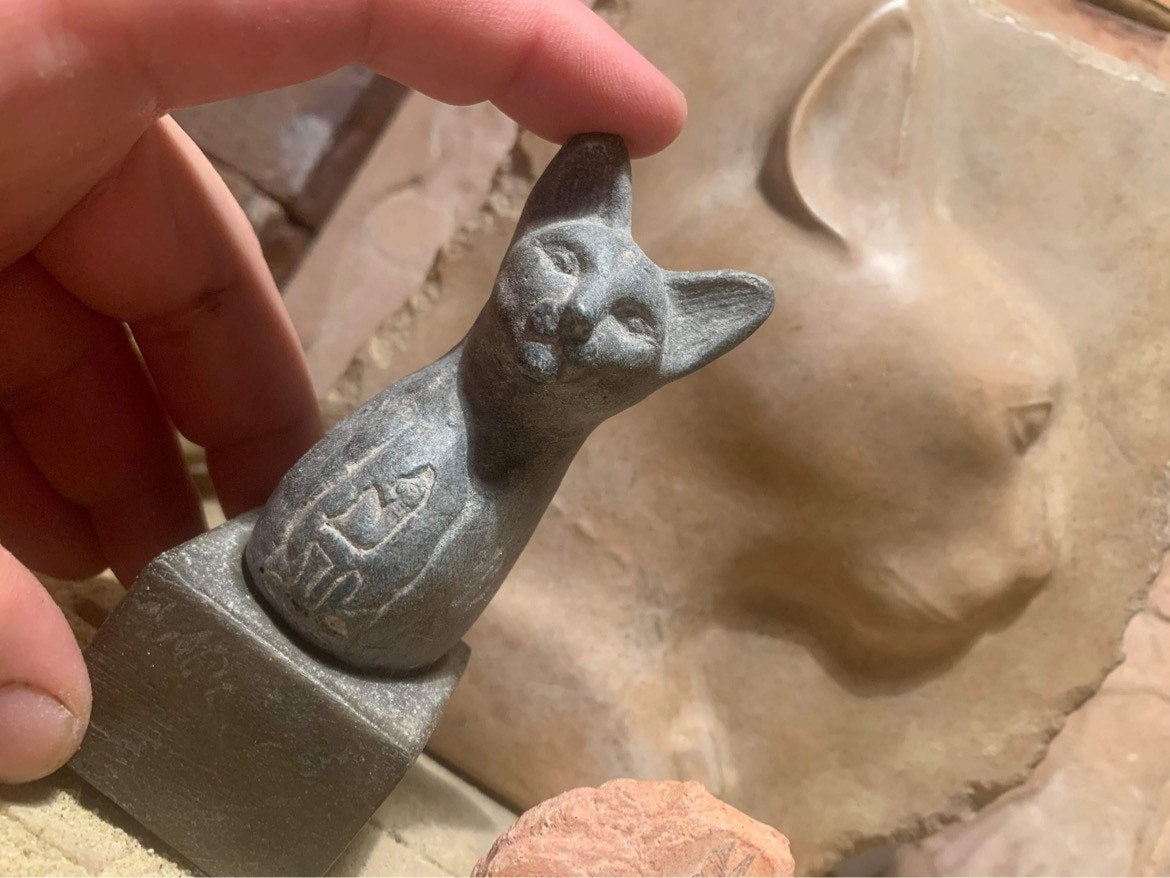 Available here are some relics discovered in the now decommissioned mainland studio. The main feature piece is a fine fragmentary replica of the goddess Bast / Bastet in high, raised relief. Beautifully modelled features capture the essence of the Egyptian cat with an alert and stoic expression.

Certainly a very popular figure in ancient Egypt throughout her long history. From the earliest times the domestic cat proved to offer a worthy advantage to have around the home to protect the hard won food stuffs of the ancient pantry or temple storehouse. By dynasty number 2 she was already known as a deity and was revered before a single pyramid was built. In the pantheon of Egyptian divinity she was both wife and a daughter of Ra the sun god. She had a son named Maahes who had the body of a man and the head of a lion wearing an atef crown. (See listing -'miniature Osiris wearing Atef crown') If available.

Late in Egyptian history during the 22nd dynasty, Bast was elevated to supreme state god by the Pharaoh Sheshonq the 1st and her sacred town of Bubastis in the delta region of the Nile became capital. Her temples across the land were enriched including mighty Thebes which was the home of Amun. All gods co-existed but from time to time a change would shake the status quo into a new direction, usually politically motivated. The attributes of Bast are in many ways similar to Hathor with music, dance and all manner of light hearted activity associated with her. She even shakes a Hathor Sistrum when depicted as a womanly figure with a feline head. She could of course be shown as just a cat without the human features. The ancient public would commission people like myself to make for them a statue or at least a votive head, to place in a temple as an offering to the goddess.