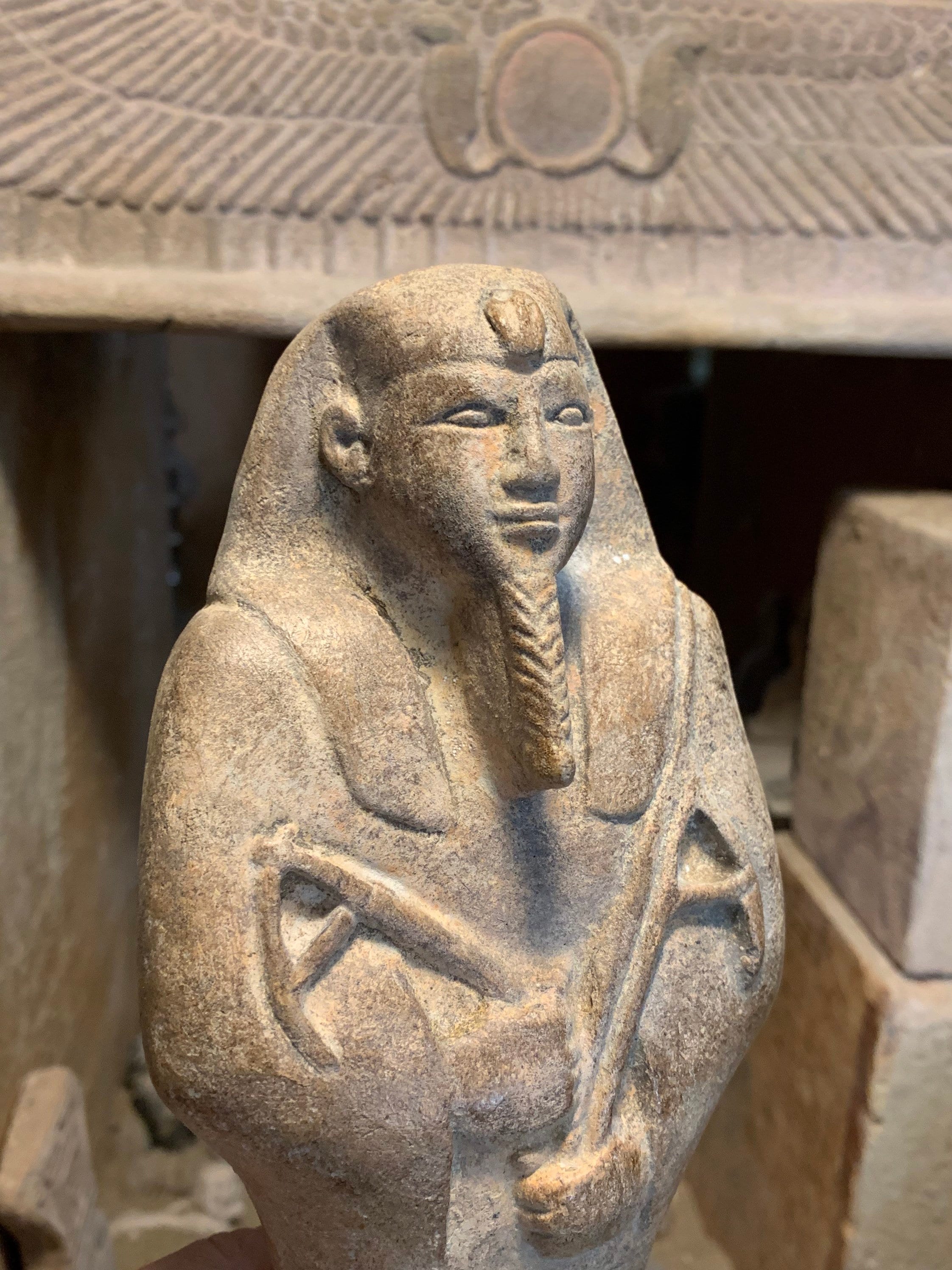 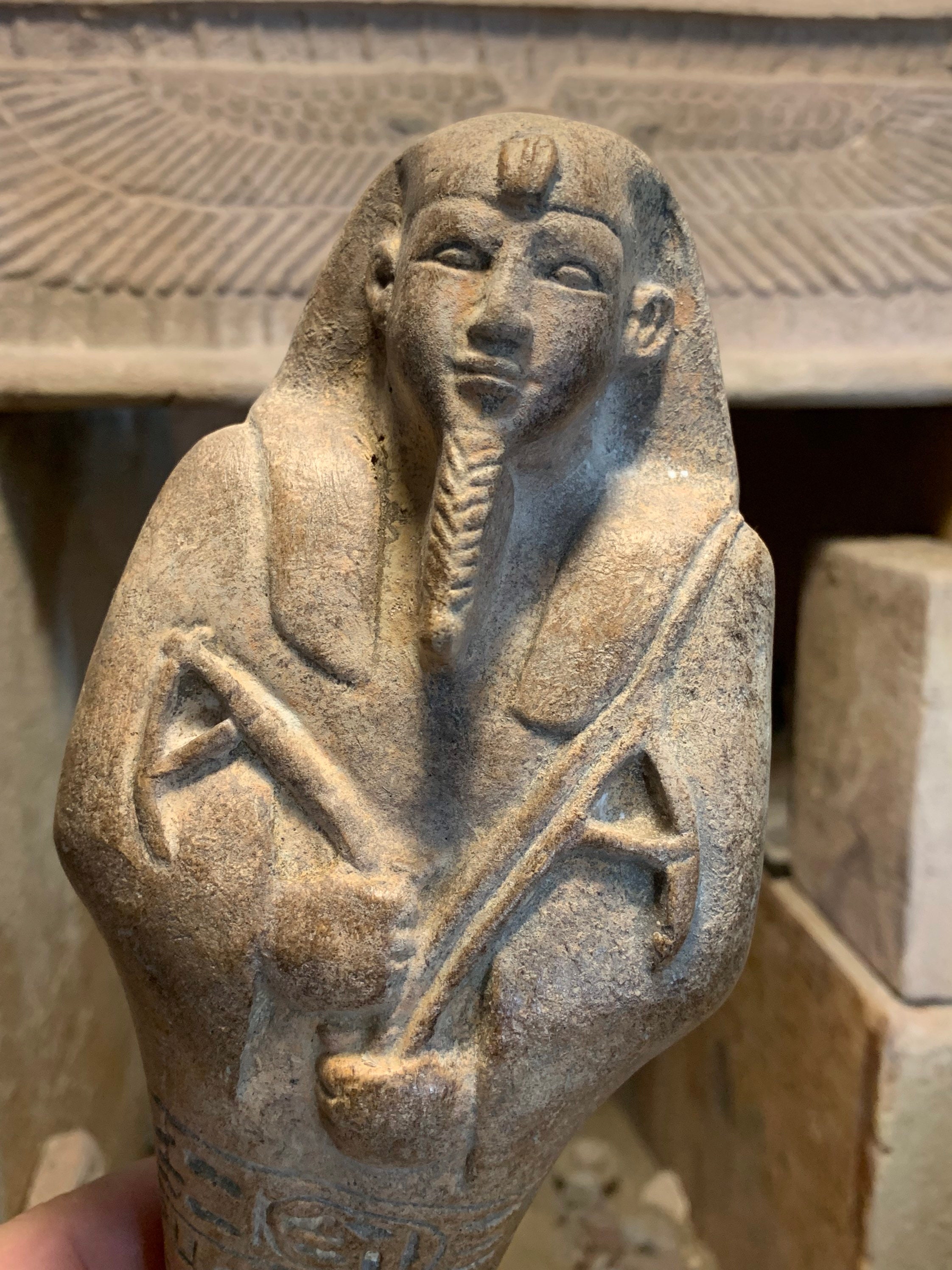 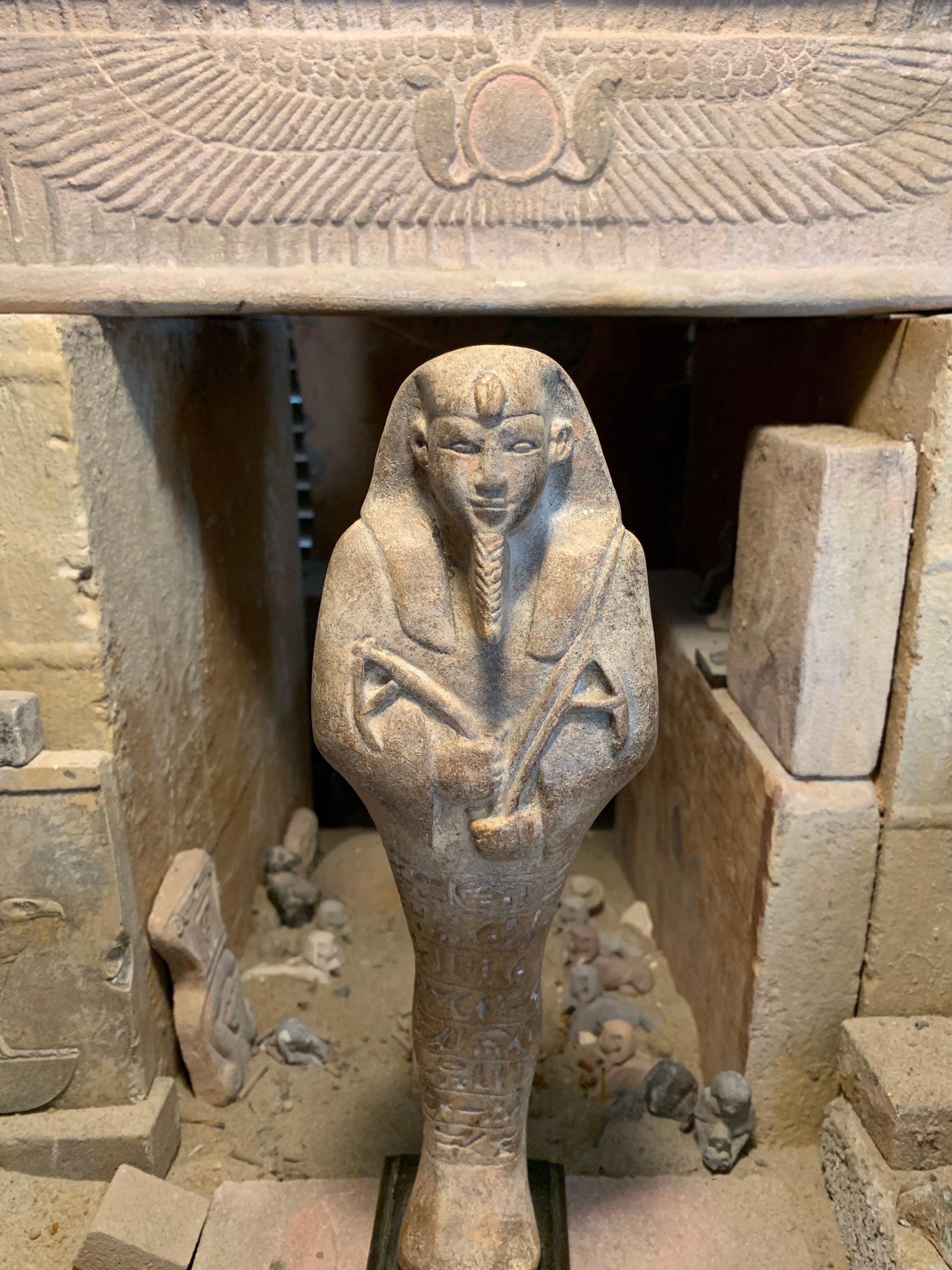 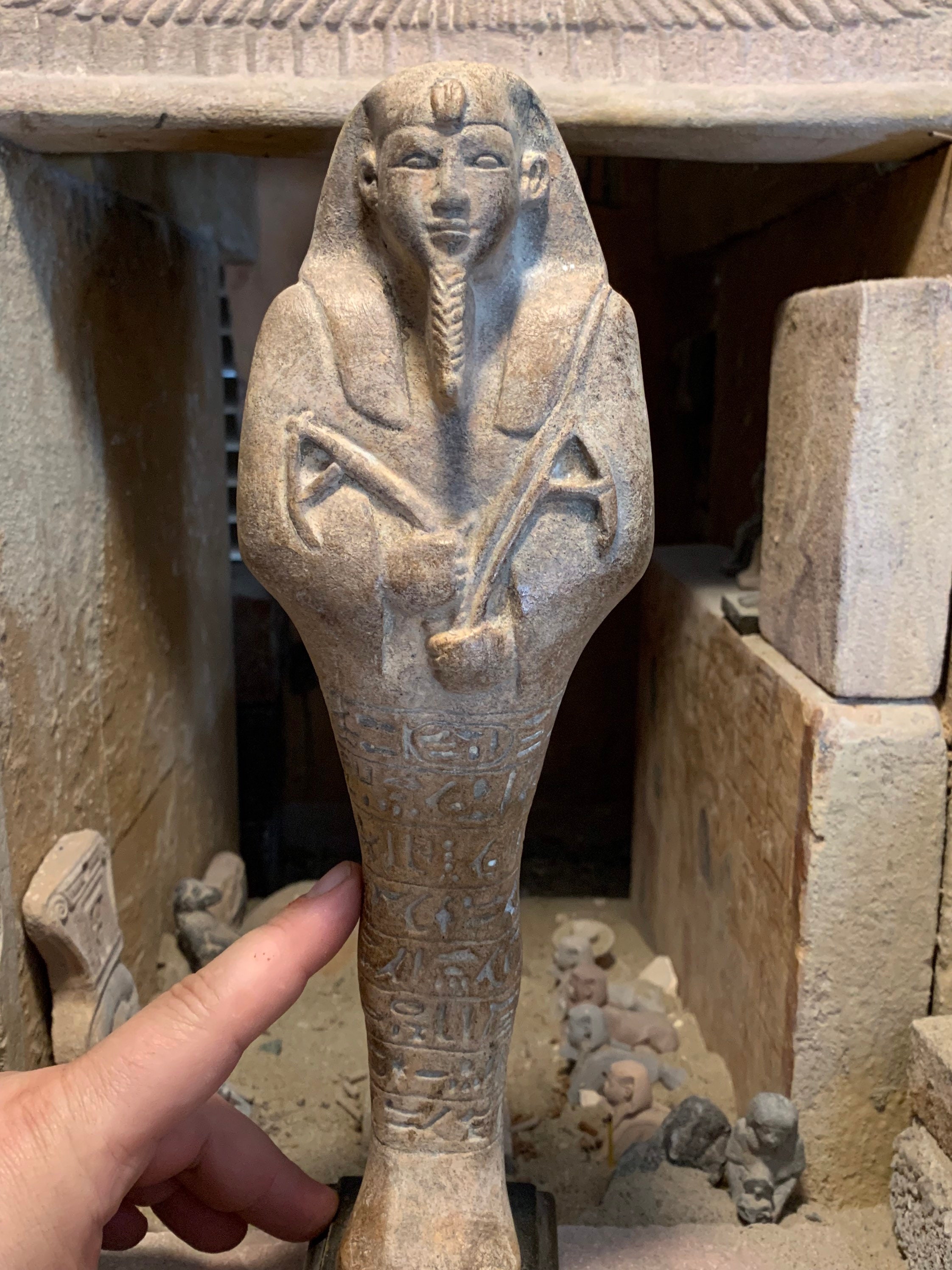 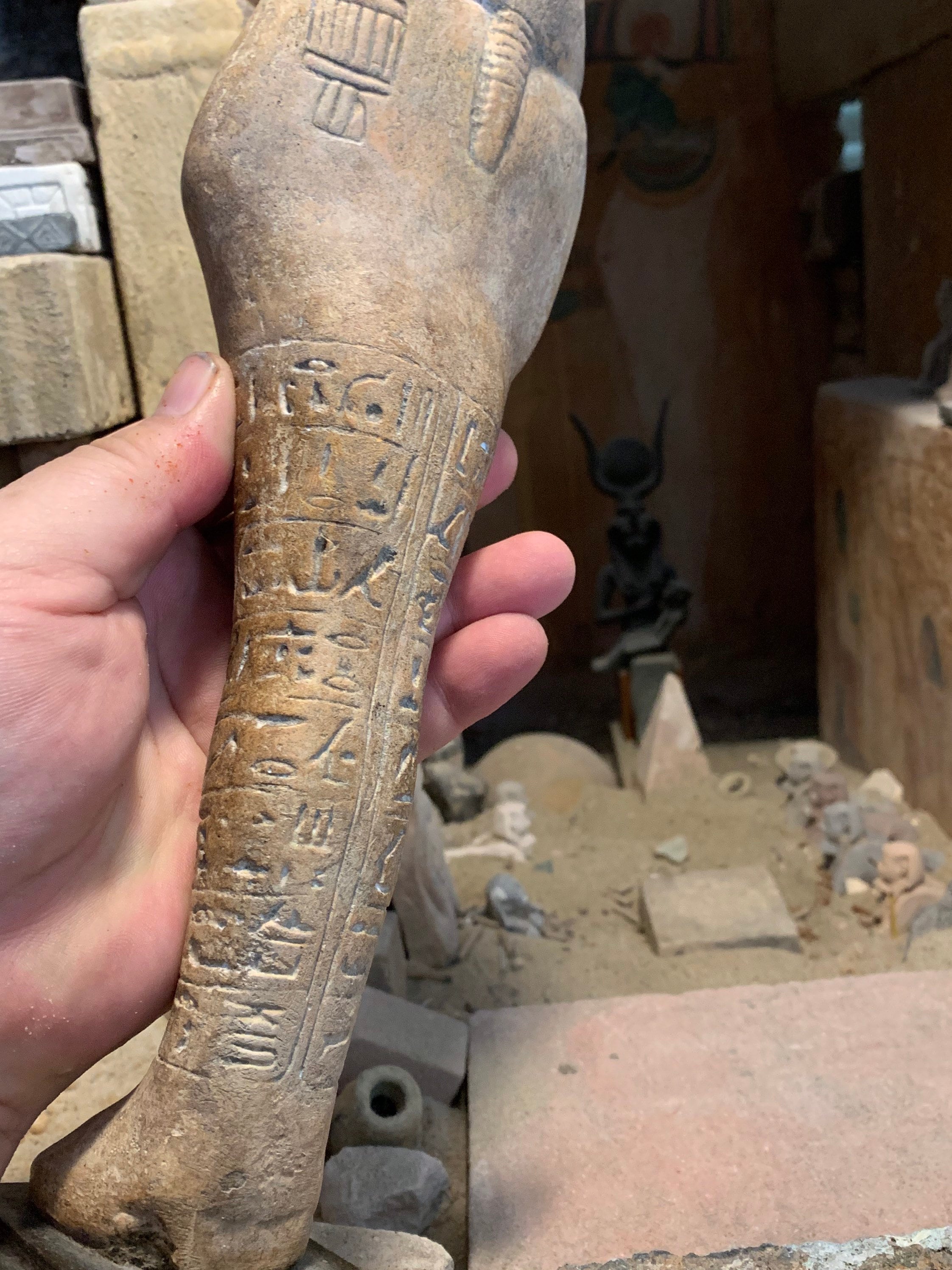 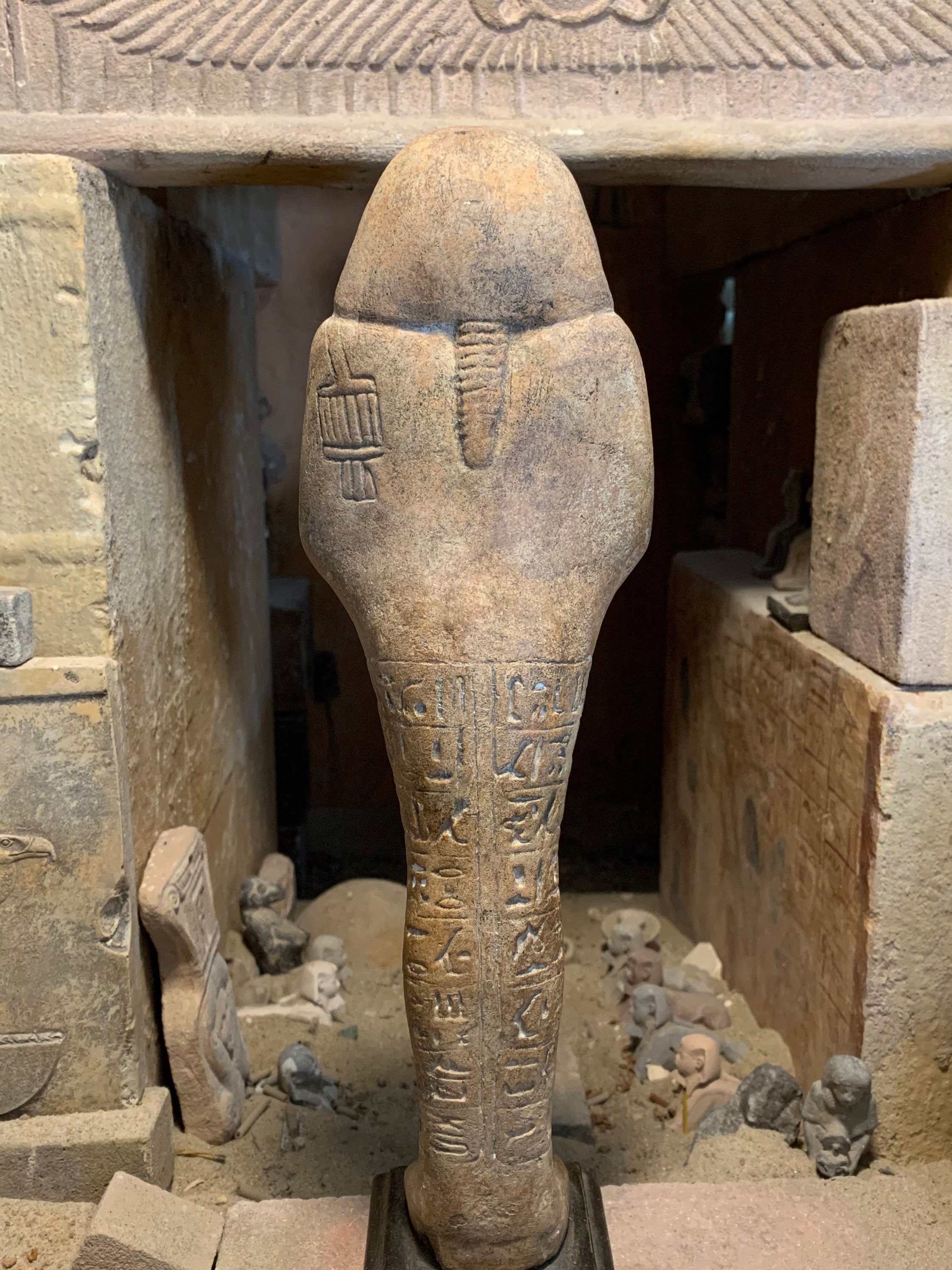 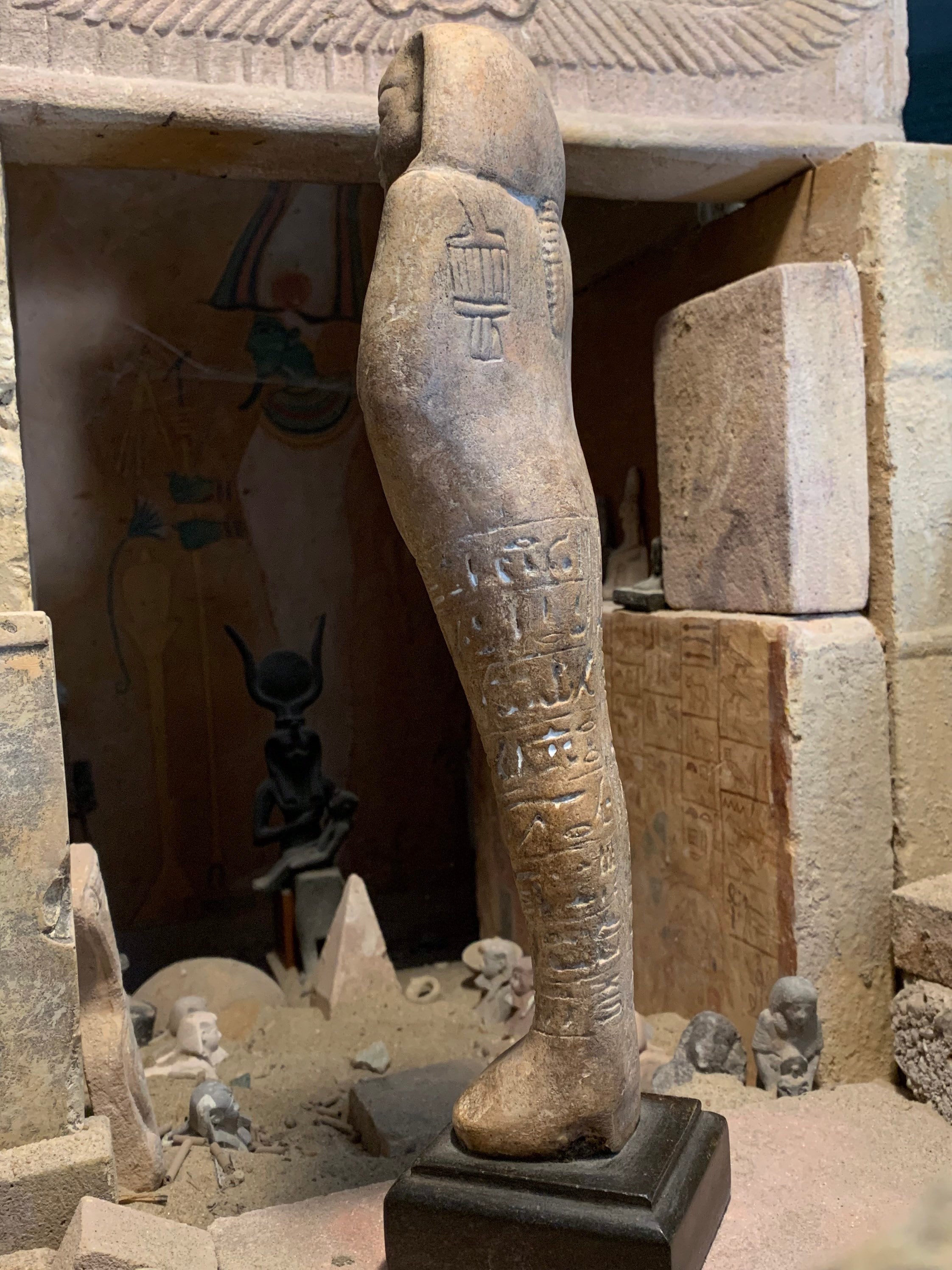 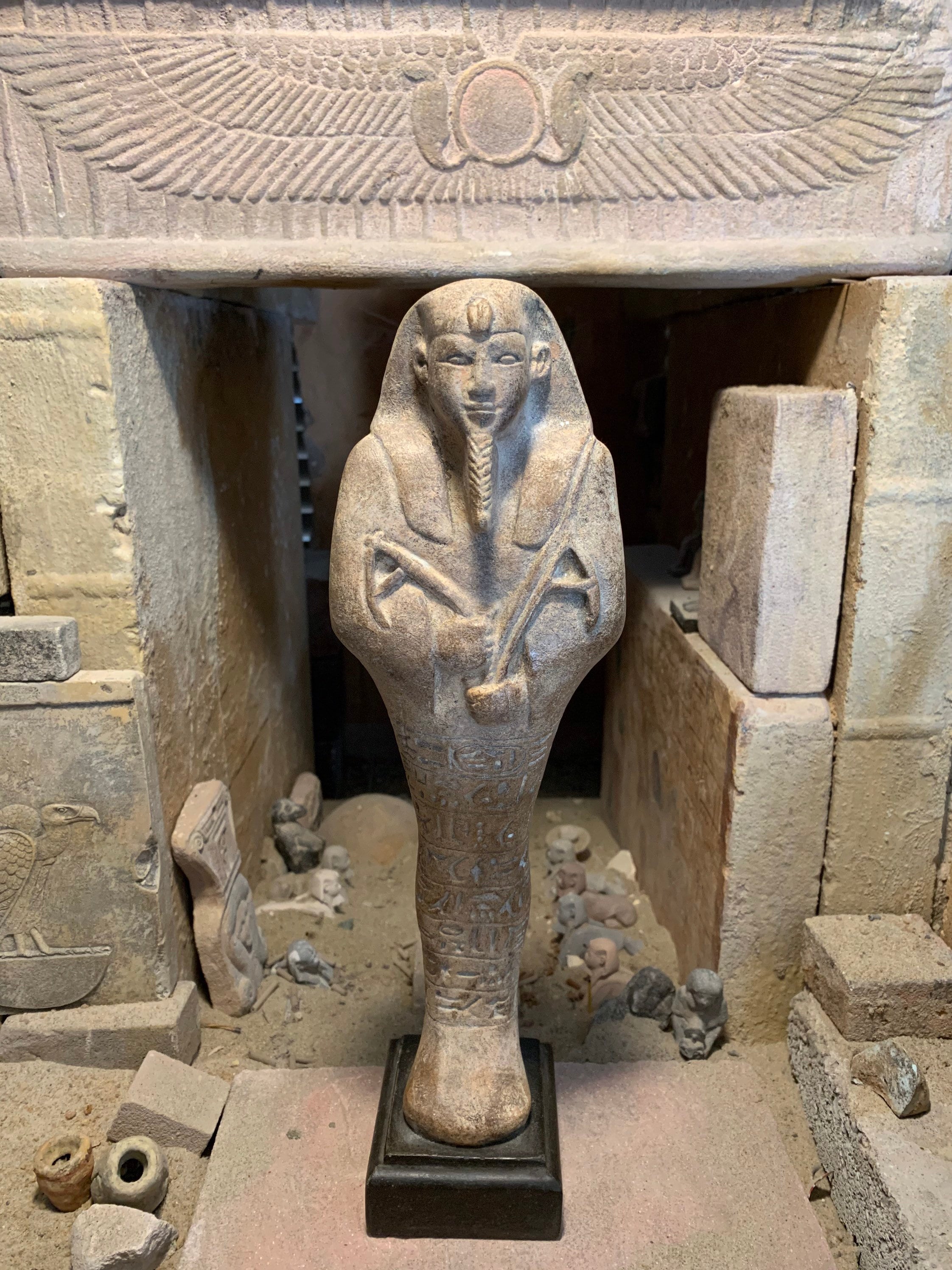 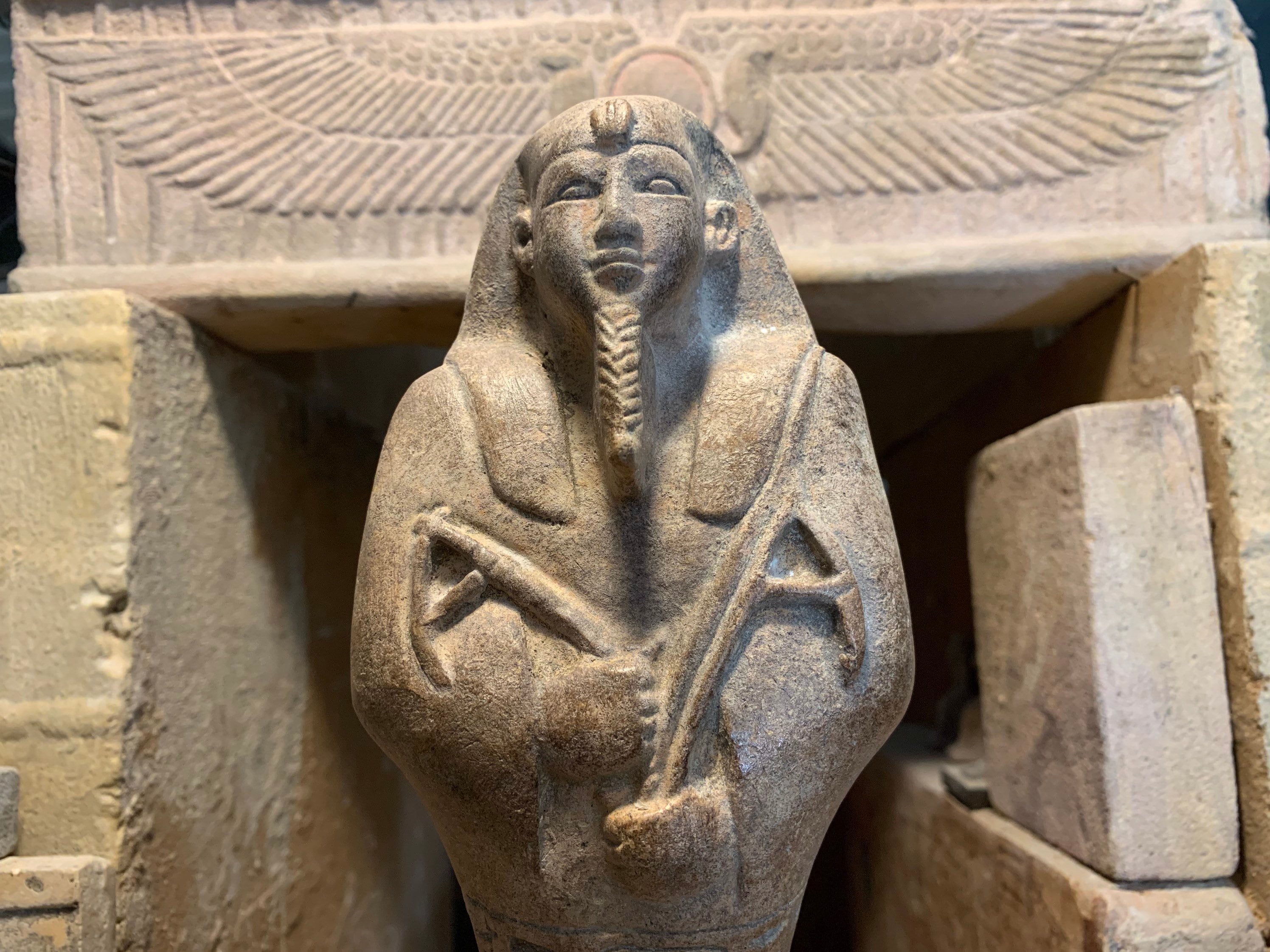 * Combined postage offered if you would like to add other items....such as his father Senkamanisken.....which may or may not be available at present. Please ask.

* Please forward your zip / post code so we can offer you the best possible combined shipping quote.

Available here is a rarely seen large ushabti figure replica of King Aspelta. Wearing a smooth nemes headcloth he clutches a pair of farming implements to till the elysian fields. His elongated form has a most attractive profile as the body curves are well defined.

The Nubian variation of the ushabti spell carved into the statue can be seen in a profusion of neatly cut hieroglyphs that wrap around the body. The king’s name can be seen encircled by an oval cartouche. The spell was written so the statue could magically come to life to do work for the king in the next life if he was asked to do so. Tilling the fields, planting seeds and digging irrigation canals would be the standard work required by the god of the underworld, Osiris.

Made of a limestone and quartzite composition stone, the statue has a well developed aged ochre colouration and has been mounted on a felt based stand.


This ushabti is mounted on a felt based stand.

King Aspelta was a ruler of the kingdom of Kush (c. 600 - 580 BCE). He governed this southern land using the well established iconography of the northern Pharaohs including full regalia as depicted in several relief carvings and stelae. To the north in the delta region of Sais, the 26th dynasty Pharaoh Psamtik reigned supreme over greater Egypt. Simultaneously the Nubian / Kushite realms had finally become independent with their own dynastic traditions already well established .

After almost a century actually ruling Egypt as legitimate Pharaohs during the 25th dynasty, the Kushite kings adopted Egyptian style and customs. They retreated further south to develop a unique cultural variation with the capital city of Meroe reaching a level of great prosperity.

King Aspelta was buried in a steep sloped pyramid at a site known as Nuri and much of his burial equipment remained intact. His tomb was the second largest in this field of pyramids and in the subterranean chambers, hundreds of different ushabti figures were found.


The replica on offer is a good example of the type recovered showing broad shoulders and solid facial features resting on a relatively long, narrow body.

He clutches the tools he would need to till the soil in the gardens of the afterlife and a bag of seeds to plant can be seen over the left shoulder.