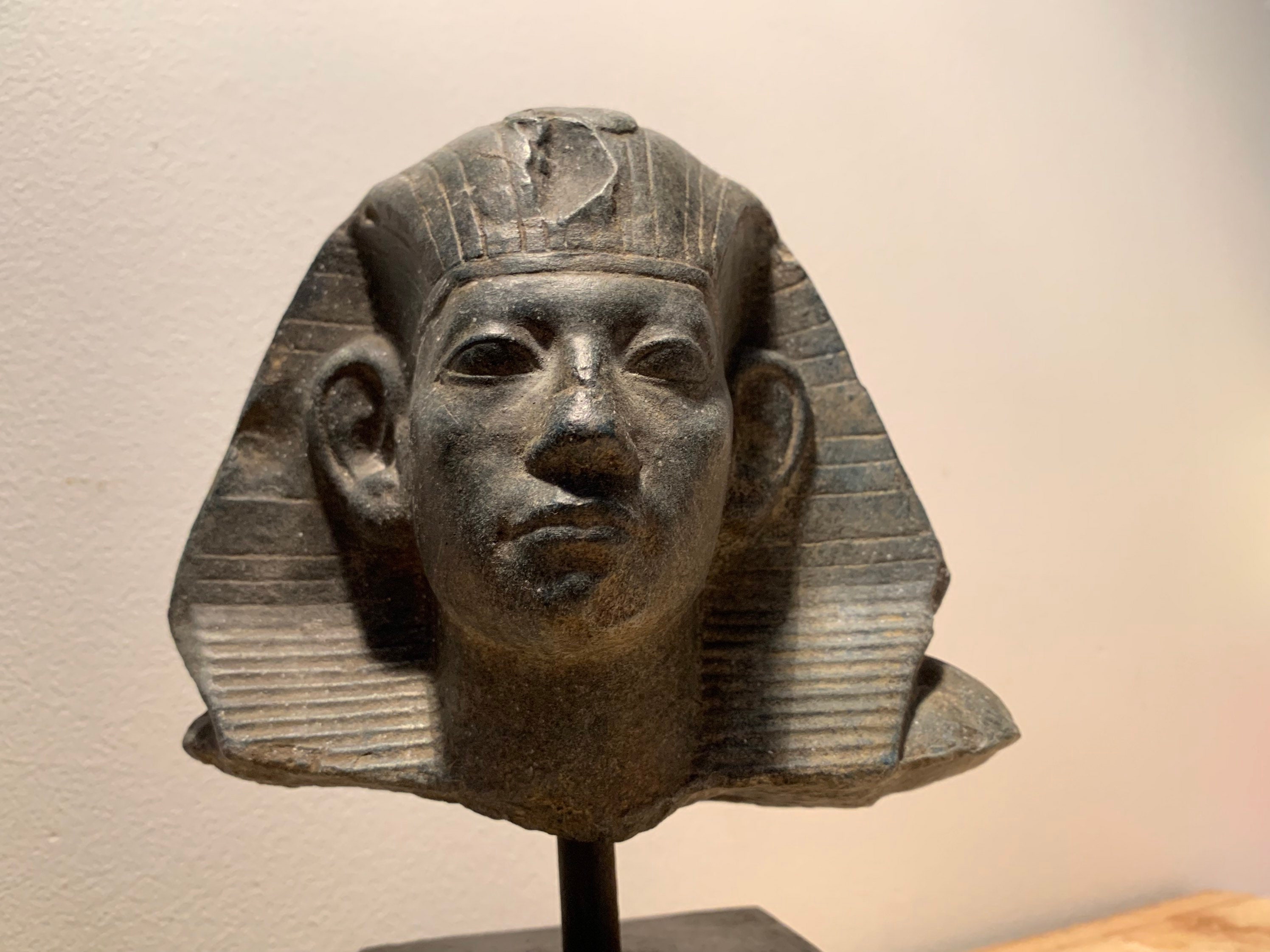 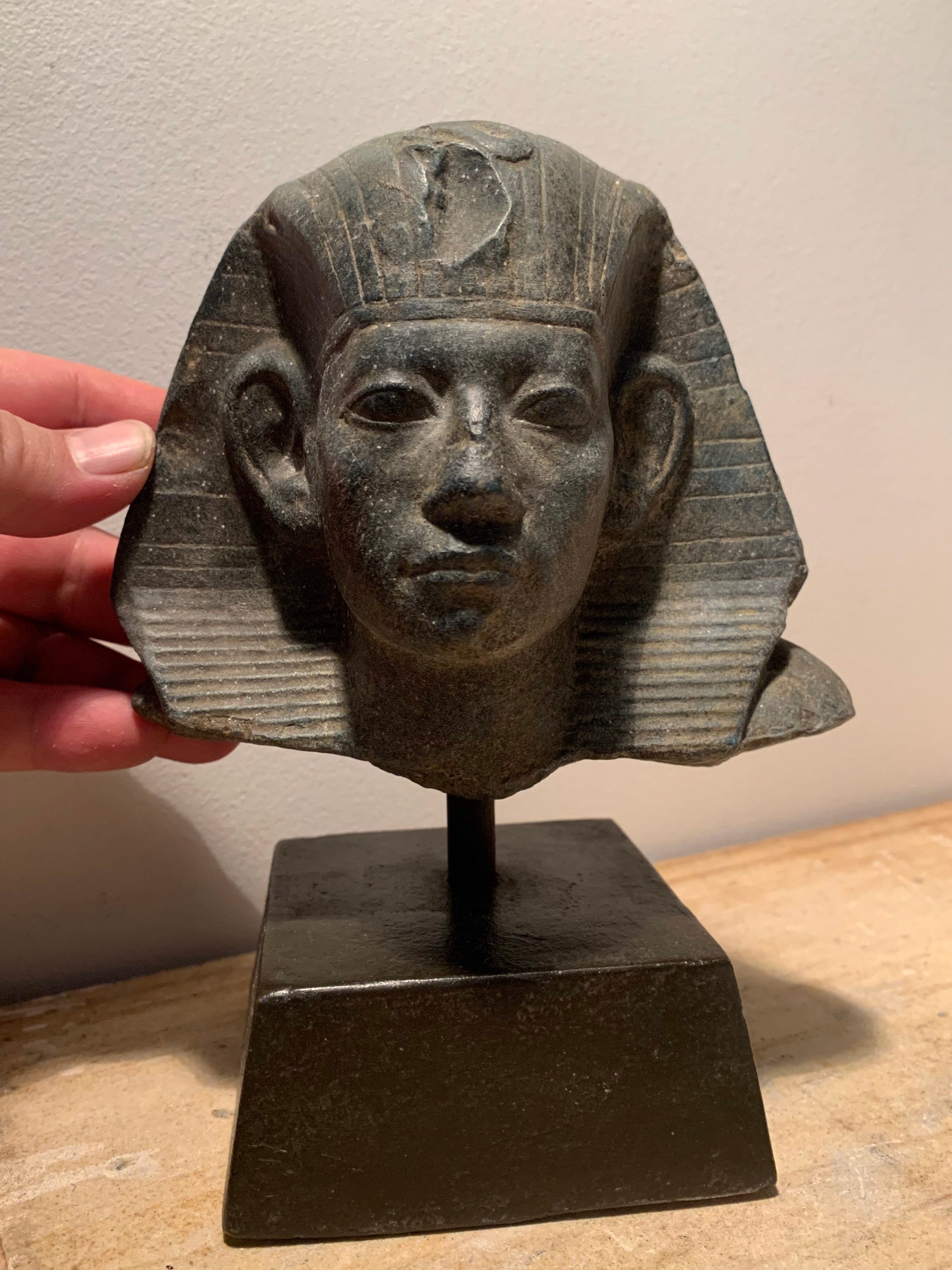 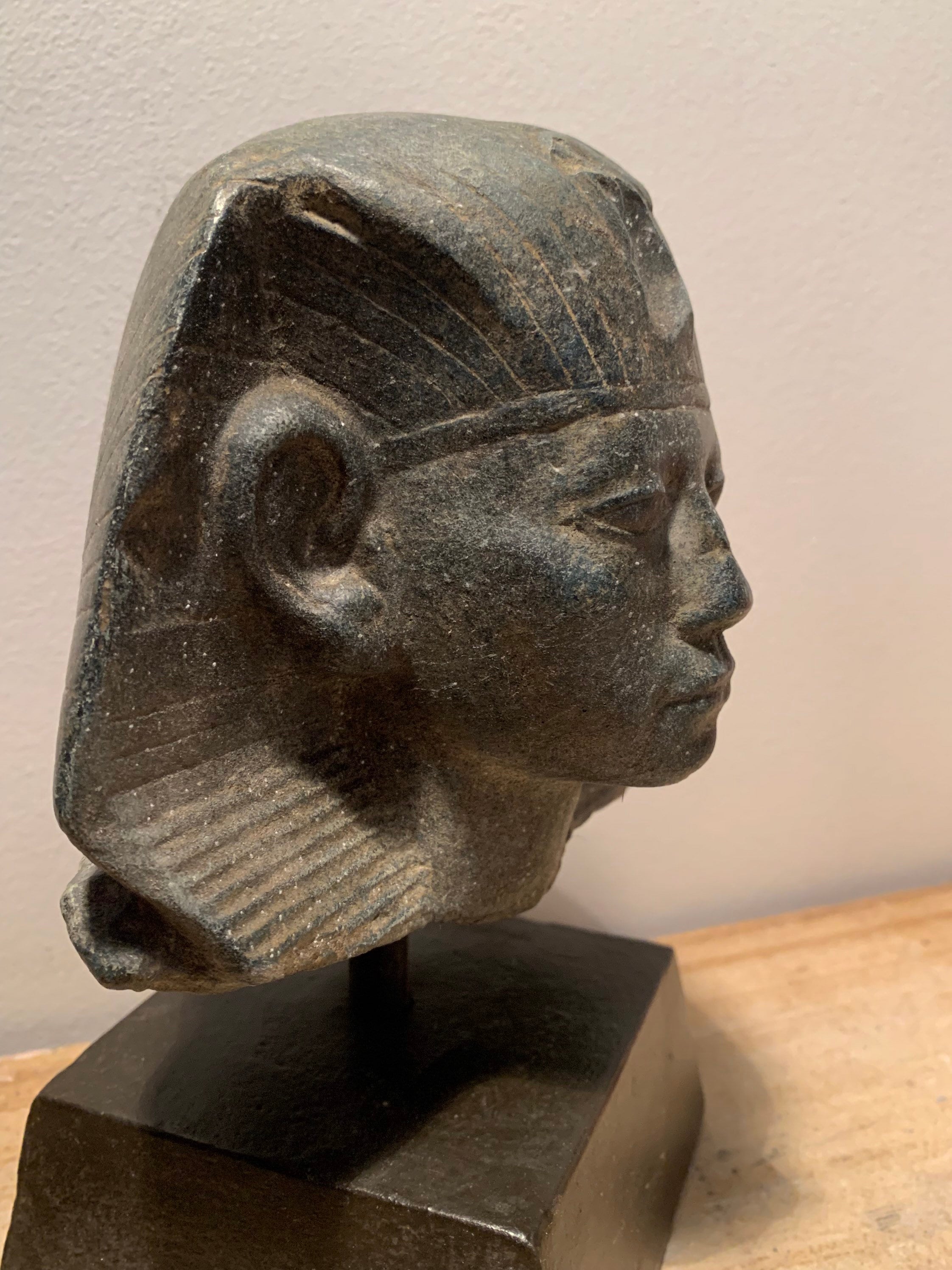 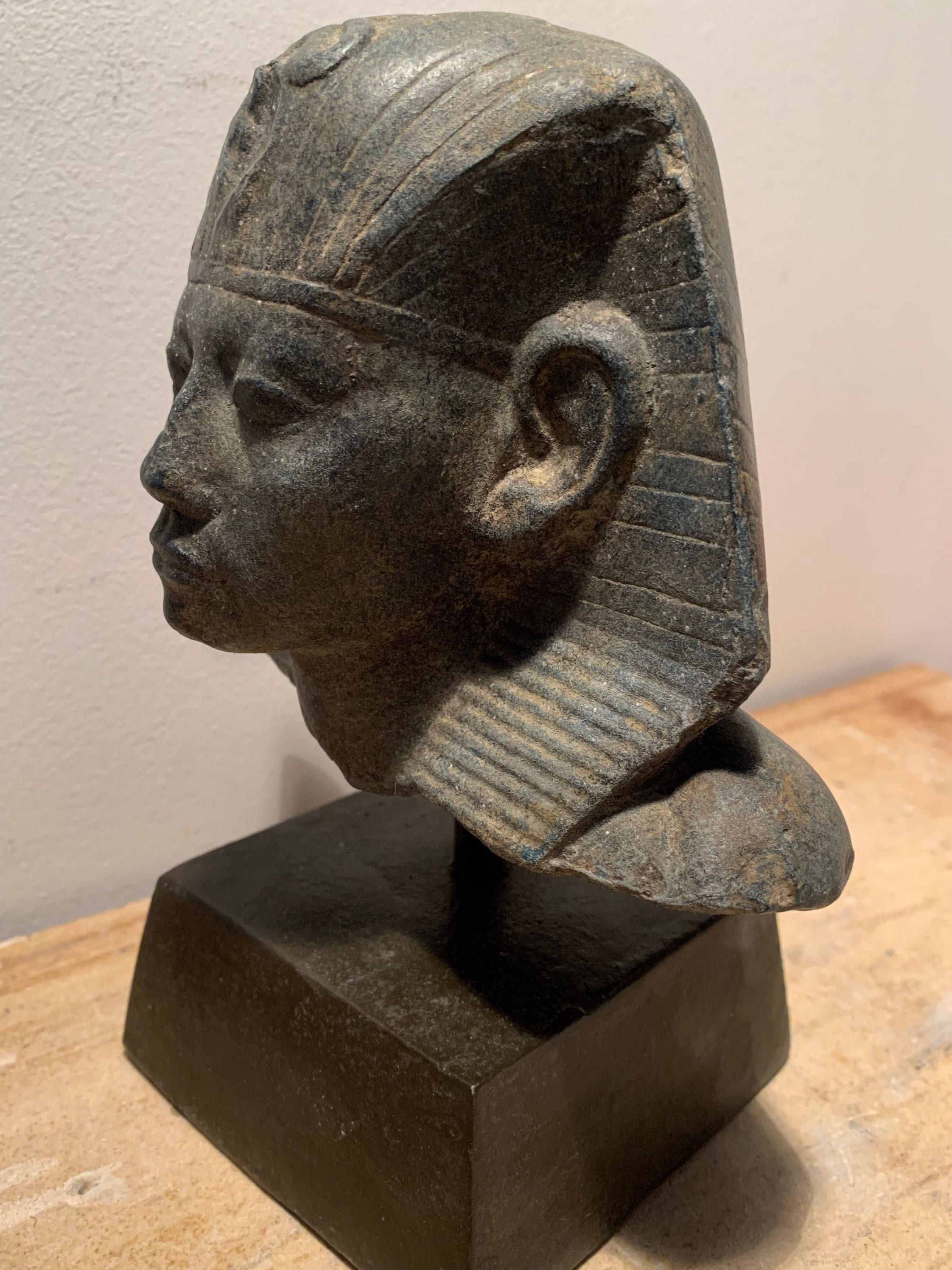 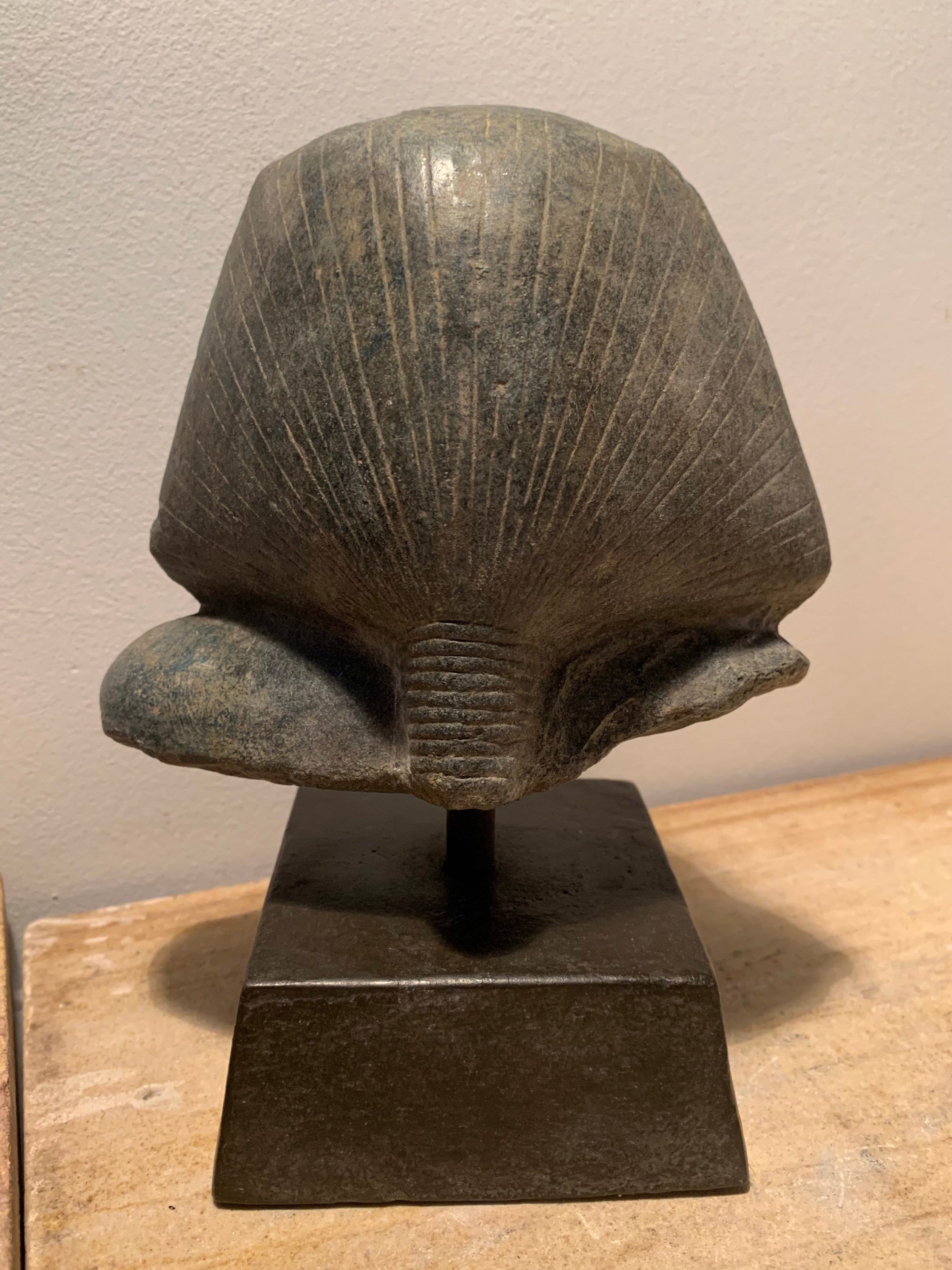 
*Postage costs may be improved upon if you can provide your state / zip or post code.

Background information - Amenemhat or Amenemes the 3rd was the son of Senusret or Sesostris the 3rd during the prosperous 12th dynasty of ancient Egypts’ middle kingdom. This is a great example of the expressive sculpture created during this period and shows the look of ‘world weary disdain’ that was also a feature of many of his fathers statuary. Egypt was undergoing major reformation in the way the land was governed, as independent provincial rulers were allowing themselves to submit to state rule by the Pharaoh and pursuaded by the economic machine that had come into being once more after total collapse at the end of the old kingdom.

Also during this period the southern land of Nubia was forced into submission with repeated campaigns to secure access to the gold mines. The word ‘Nub’ in the ancient dialect meant gold and perhaps this was how Nub-ia got its name.

Pyramids were still being built at this time and Amenemhat built two of them, one at Dashur and the other at Lahun. They were constructed with core chambers of stone work with the bulk of the pyramid made of mud brick and cased in limestone.

The pyramid of Lahun reached legendary status by the time ancient Greek travellers such as Herodotus and Strabo discovered it. Strabo has handed down to us minute details of a complex in front of the pyramid that was not unlike the famed labyrinth of Knossos - the home of the Minotaur’s lair. It was Amenemhats’ mortuary temple and was a vast complex of rooms and architectural details that must have been a marvel in its day. The pyramid itself was the inspiration to modern day movie interpretations that seem a little bit fanciful but certainly did contain sliding doors and hidden passages to confuse any would be tomb robber.

Sadly the tomb was robbed anyway and the stone casings of the pyramid and the labyrinth mostly removed for building elsewhere, which allowed the elements to erode the complex to a vague hulk of a pyramid in the sand and a virtually destroyed labyrinth. Thankfully the fragments of statuary that decorated the halls and rooms have survived and this portrait head reminds us of the kings former greatness.