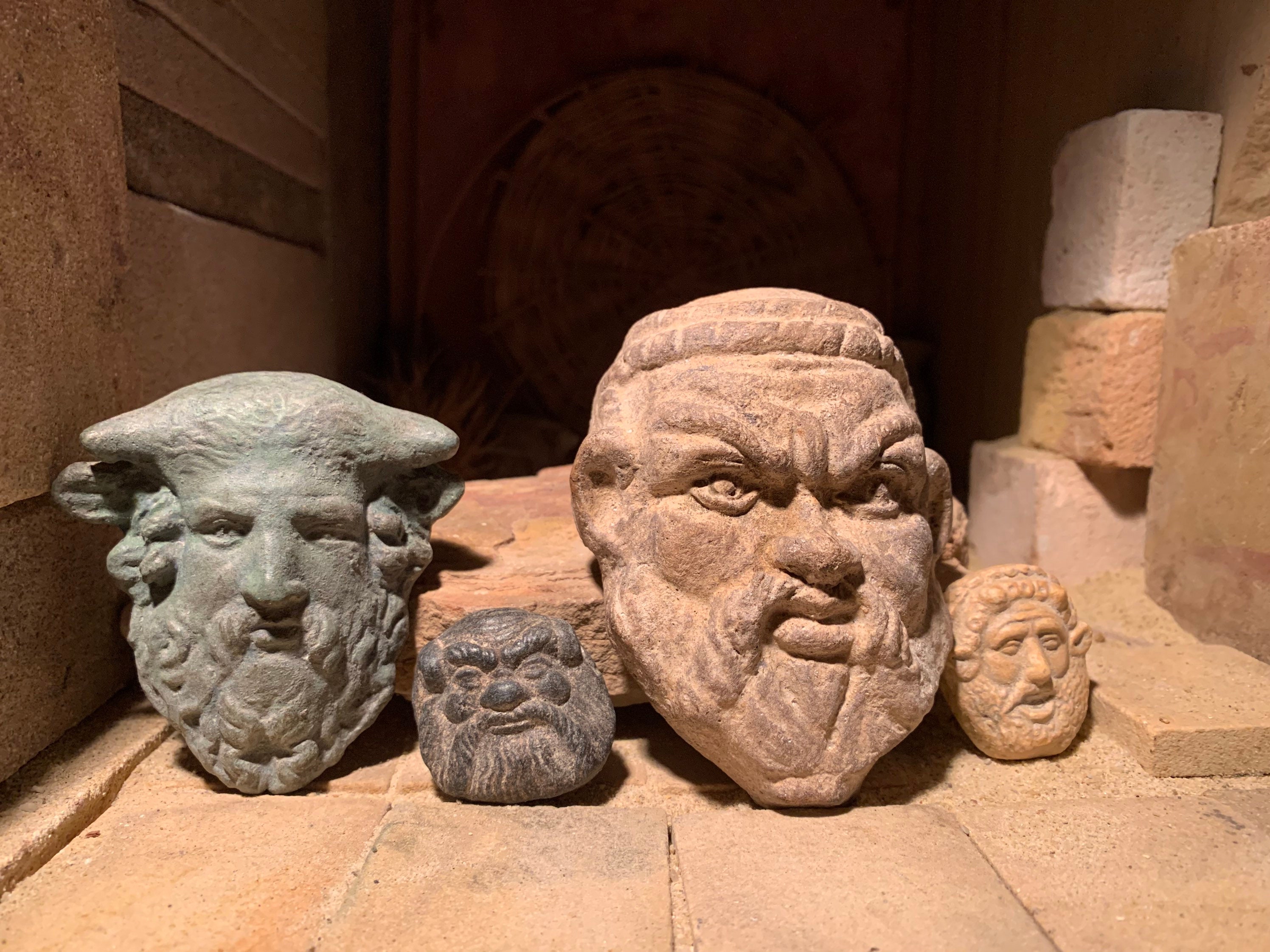 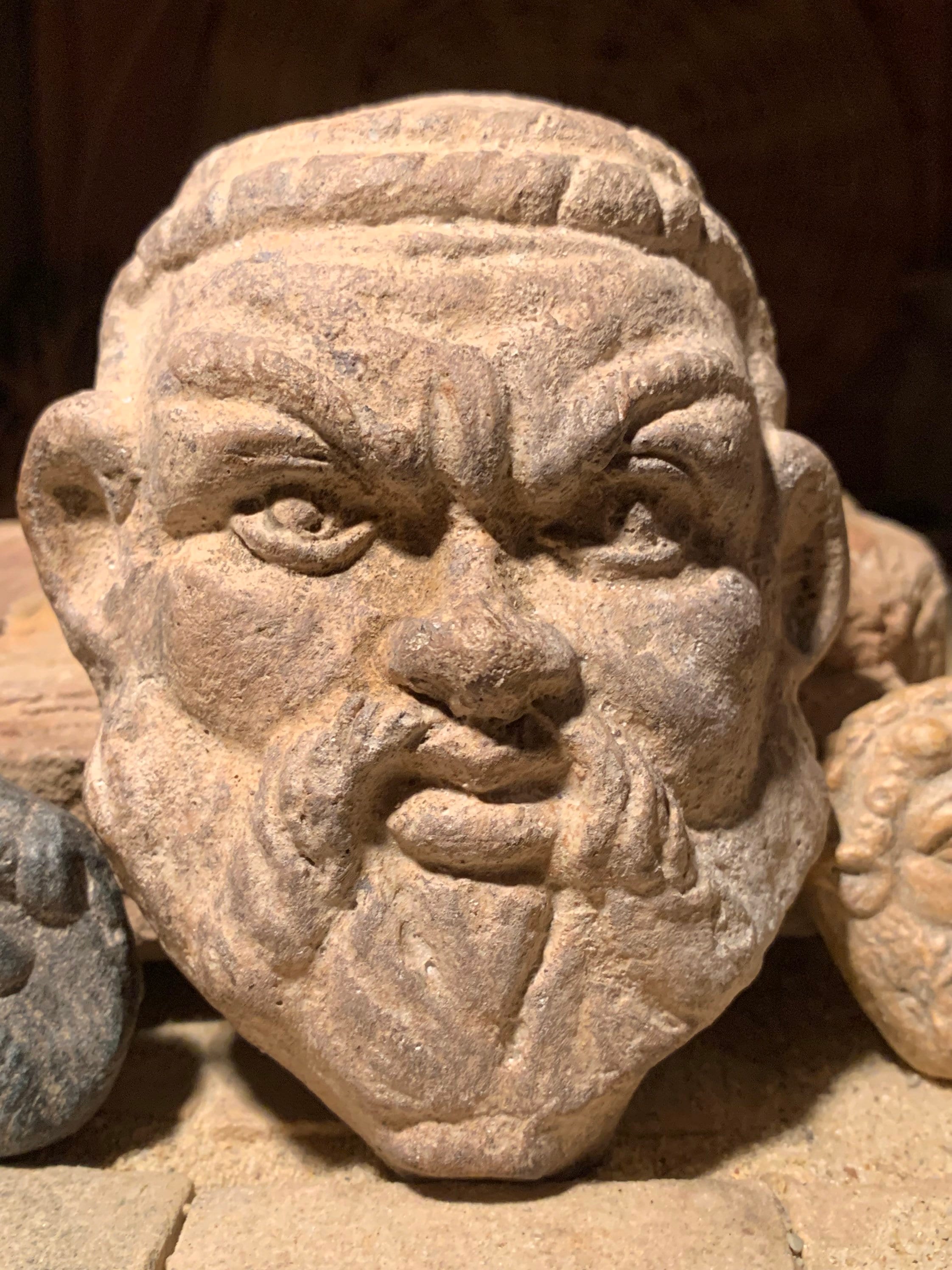 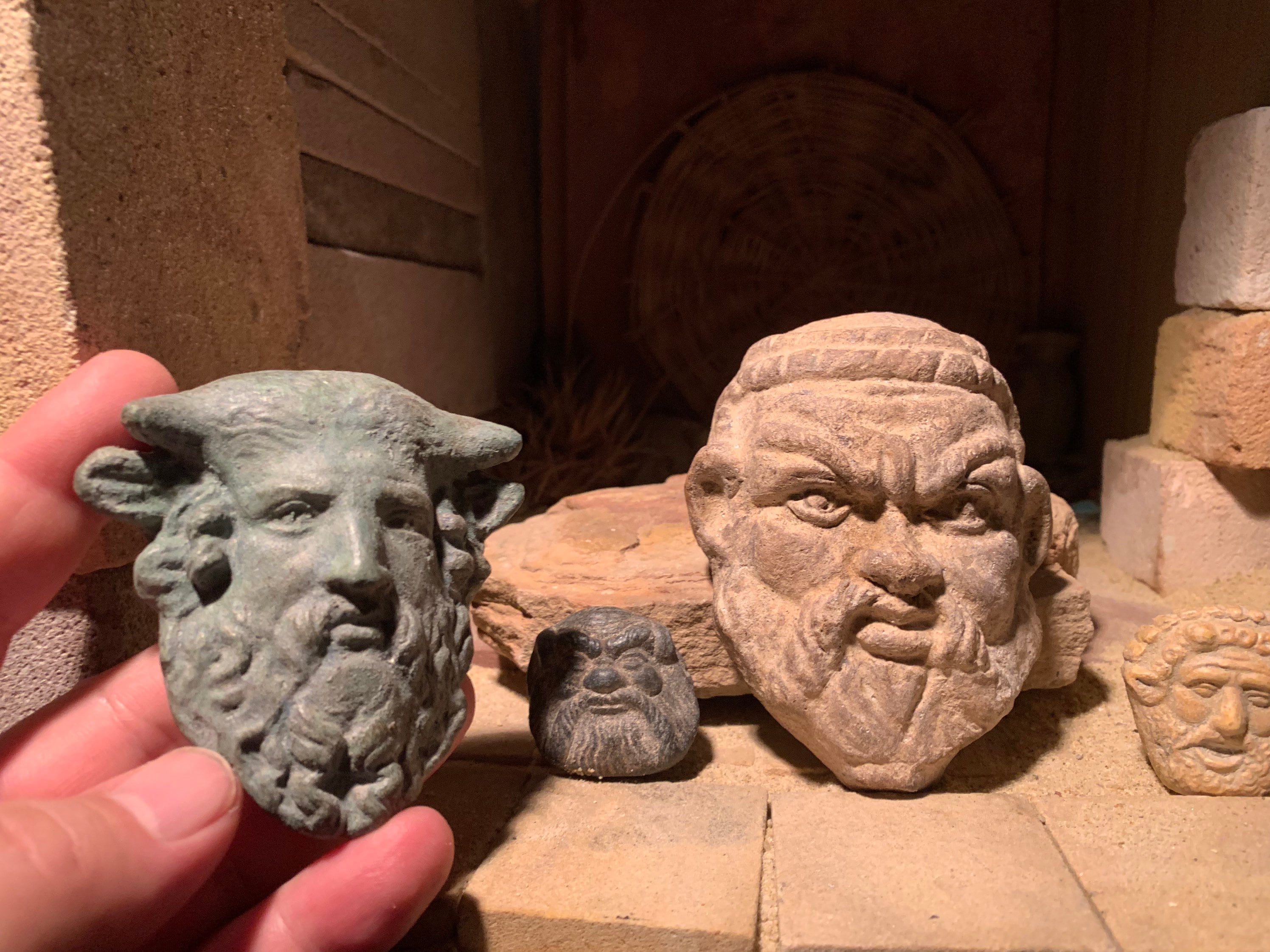 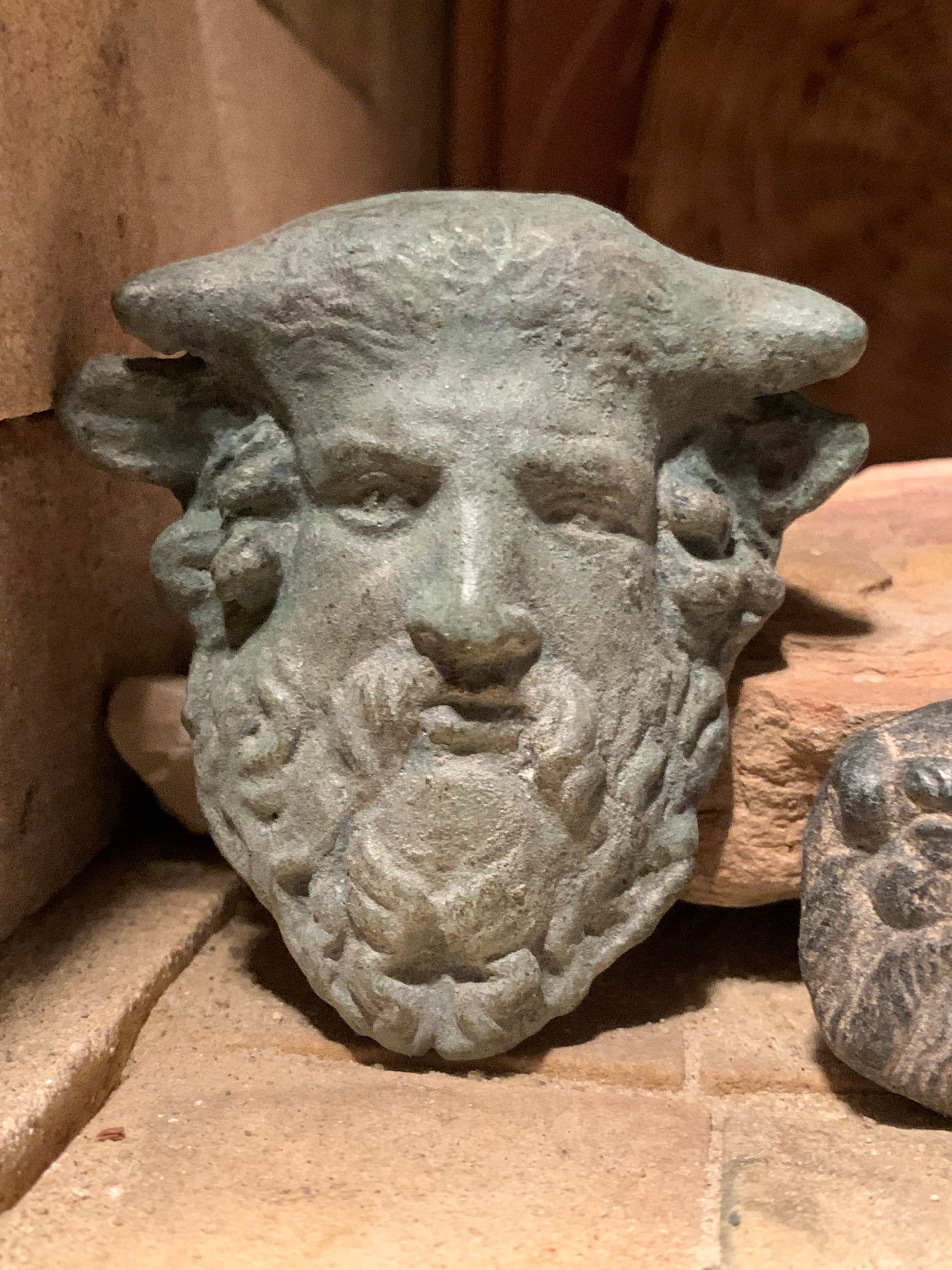 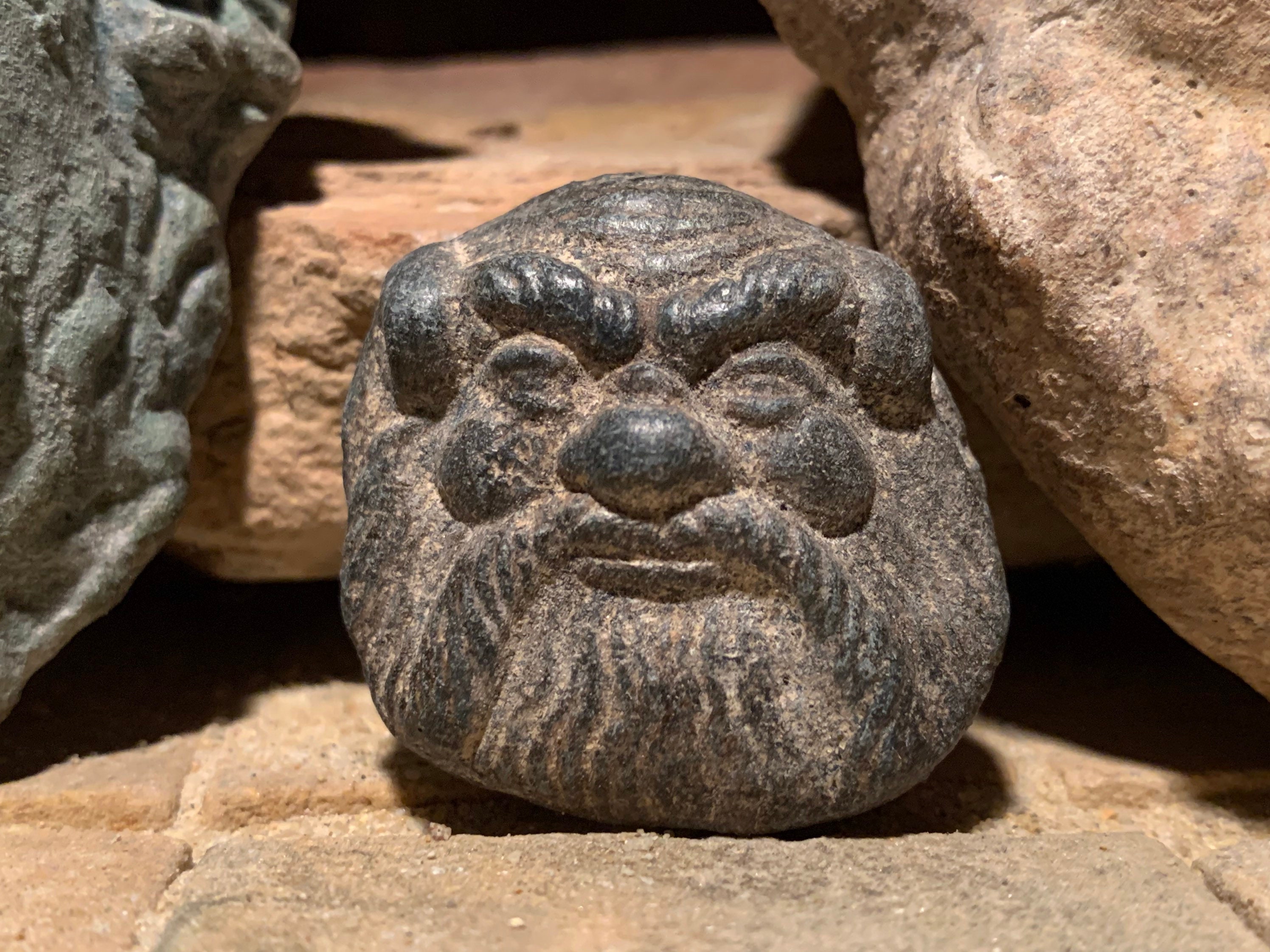 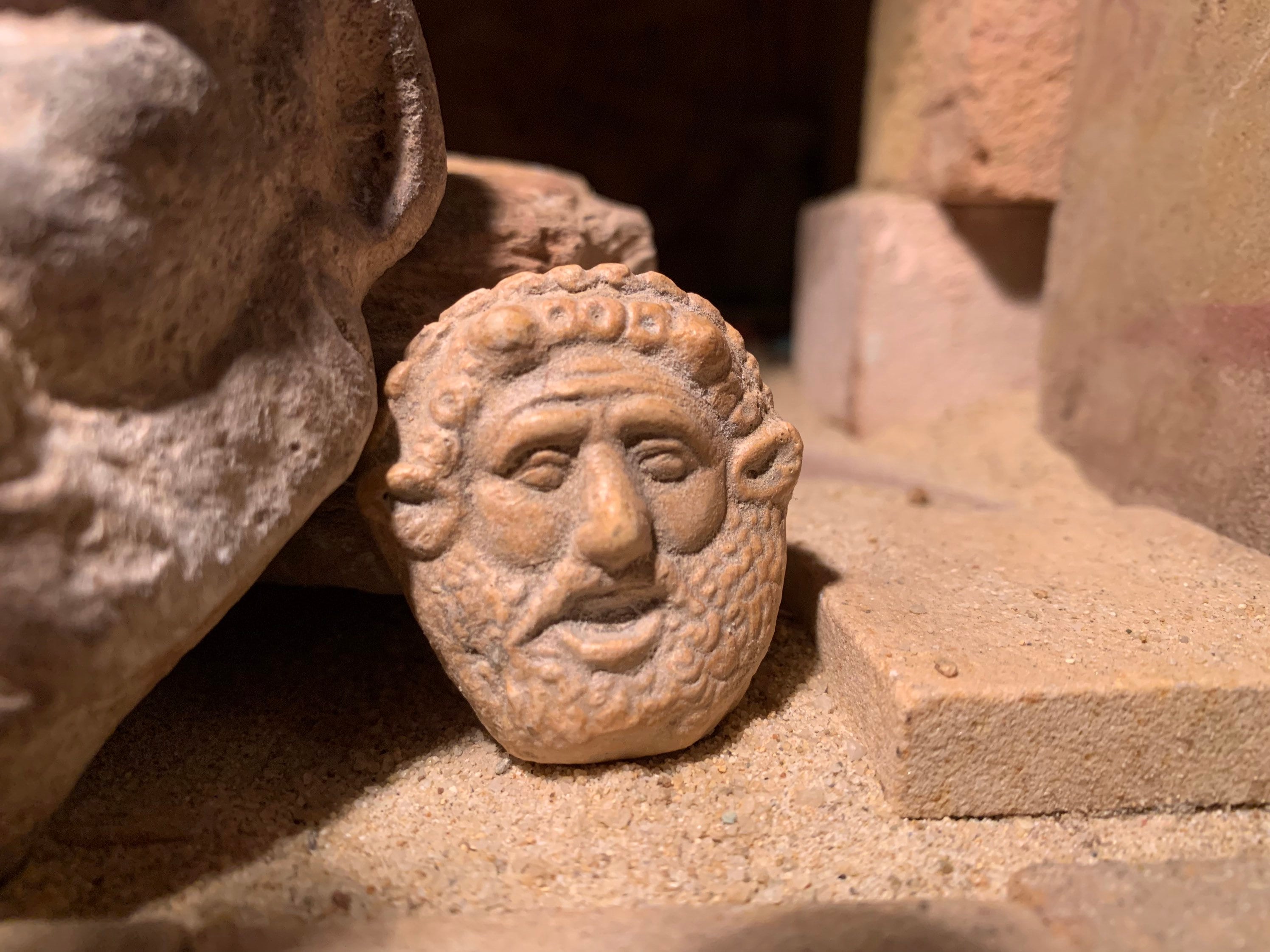 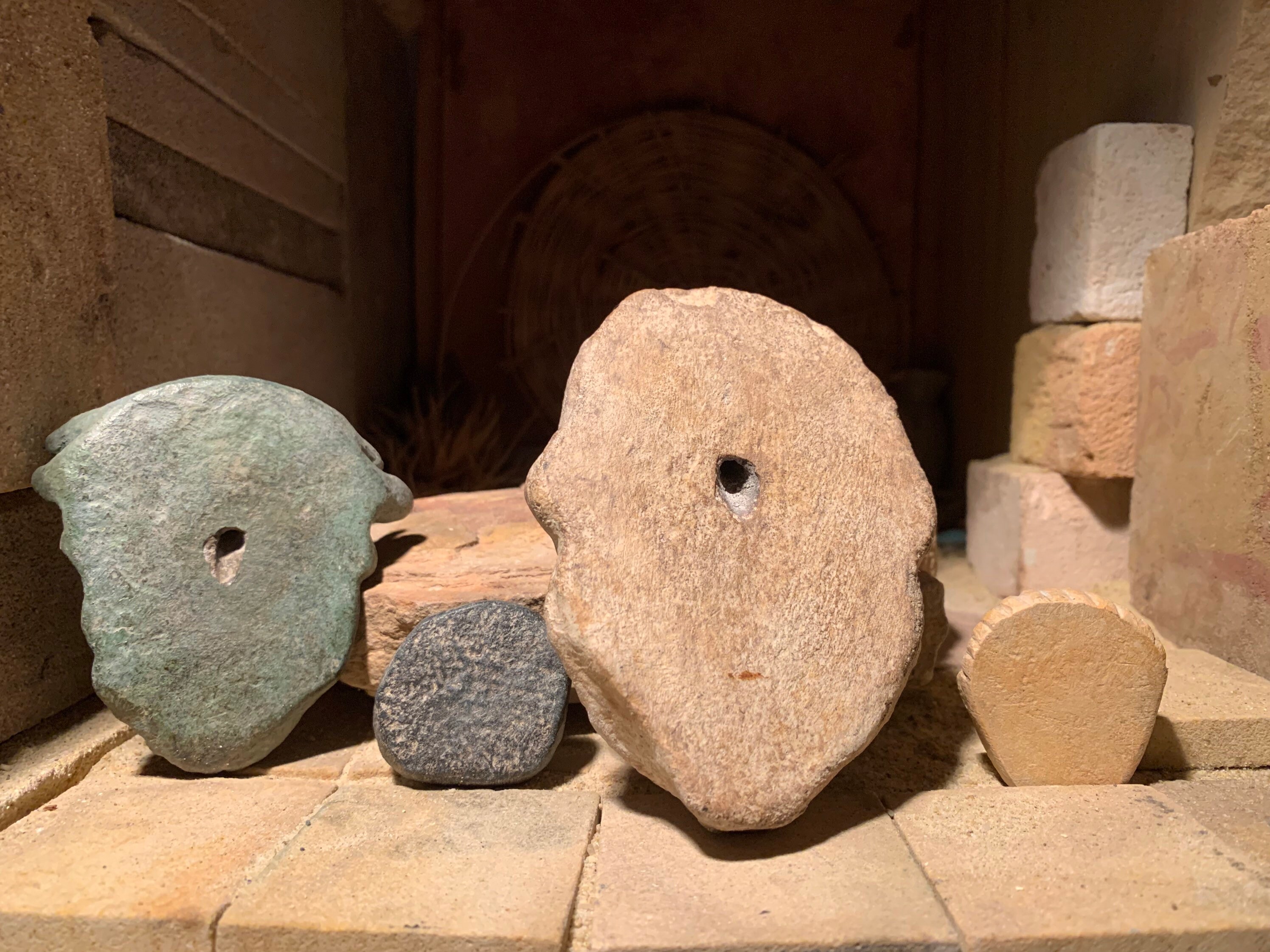 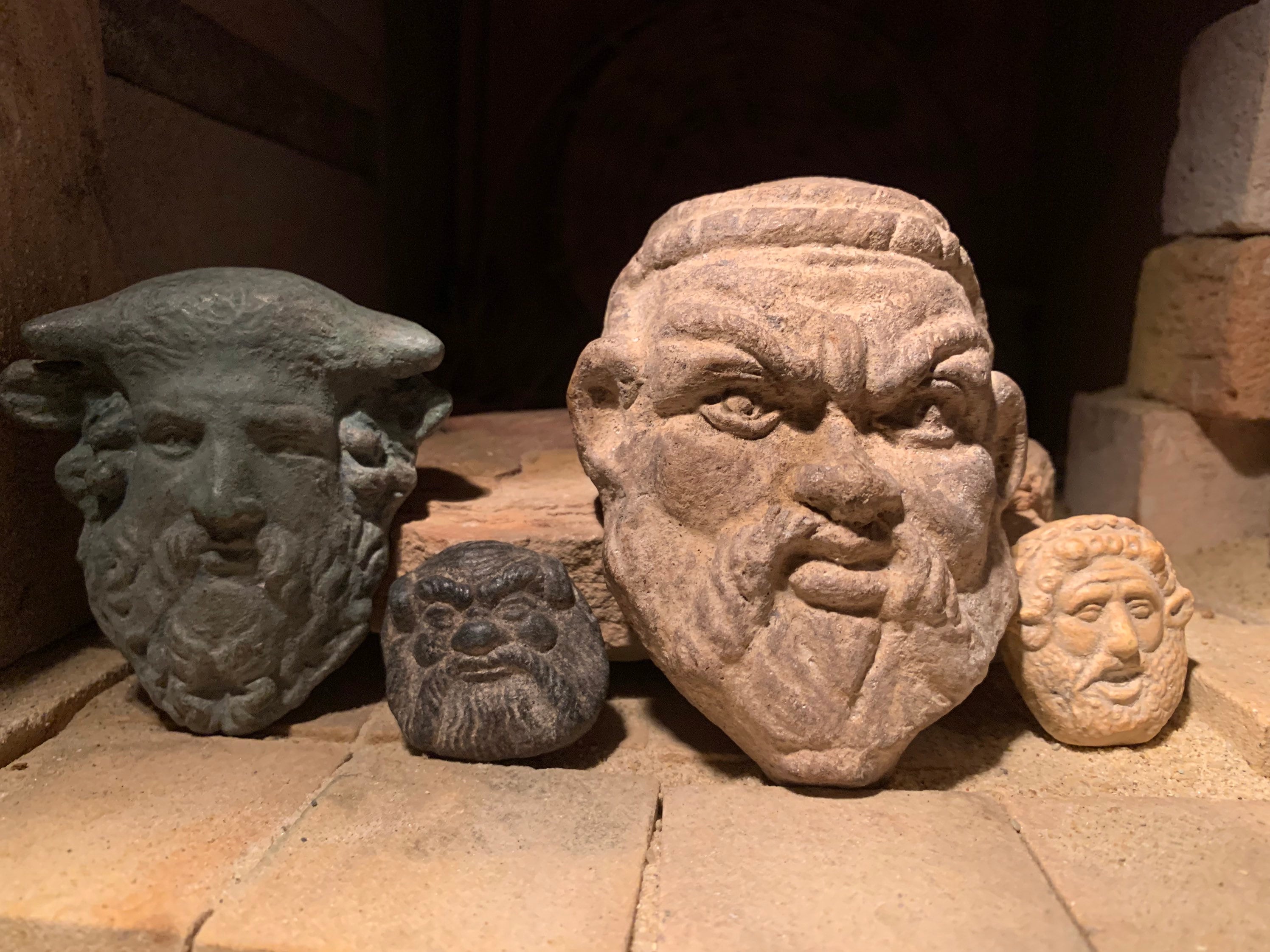 On offer here is a collection of four charming ancient designs featuring 3 Etruscan Satyrs and the horned bull man, Achelous - the Greek god of rivers. Made of a limestone and quartzite composition stone, they have a variety of colours and aged patinas. The largest example has been carefully drilled on the back creating an angle to receive a small nail or hook for wall display.

Depicted as puck nosed with bristling hair, budding horns and goat's ears, tail and sometimes hooves, they would be heard clopping through the forests frolicking in merriment. They were also to be seen in the imagery of the feasts of Dionysis as they were prone to drunken debauchery.

Achelous - Ancient origins suggest links with Egypt as the importance of the Nile god Hapy was no doubt an influence on the emerging Greek culture which had ever increasing contact with the Egyptian world.

In the Greek world he was the son of Gaia and Oceanus.

Once established in his own right, Achelous was the god of the largest river in Greece and thus he became the master of all deities associated with the river systems.

His name was used with reverence when uttering oaths or performing sacred rituals.

Also known as the 'prince of rivers' and a god of nourishment as all the good foods required his sweet water to survive and prosper.