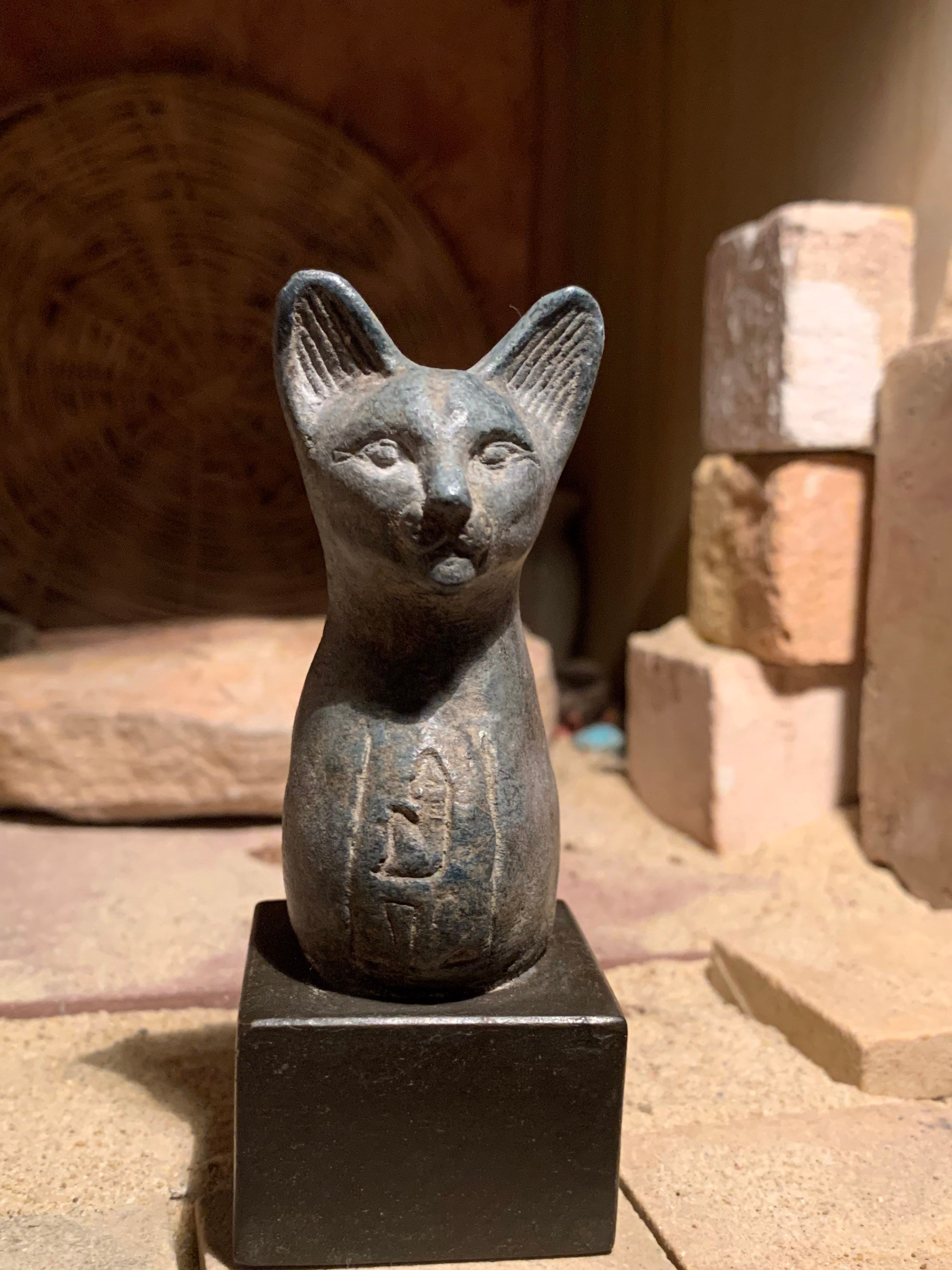 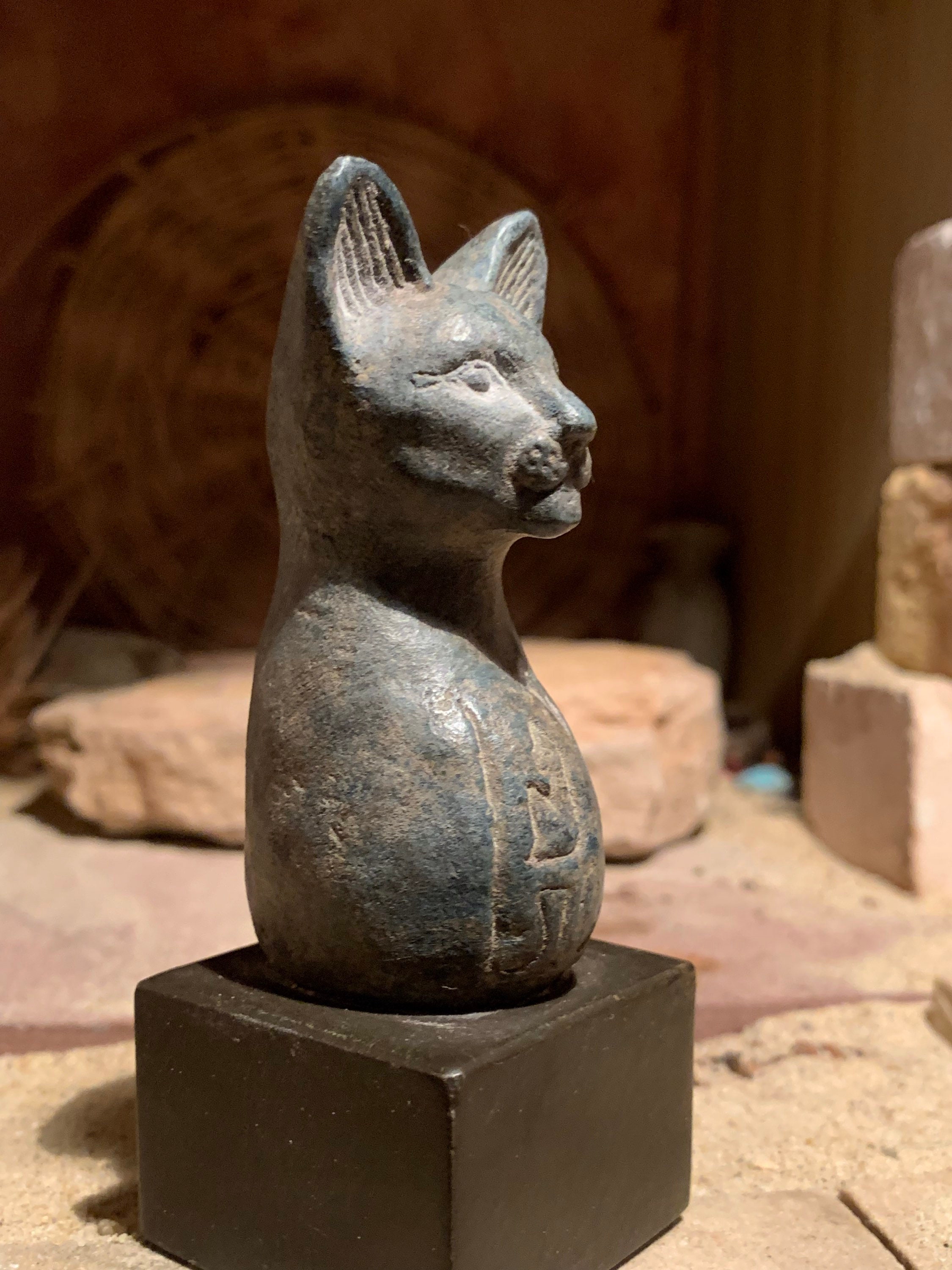 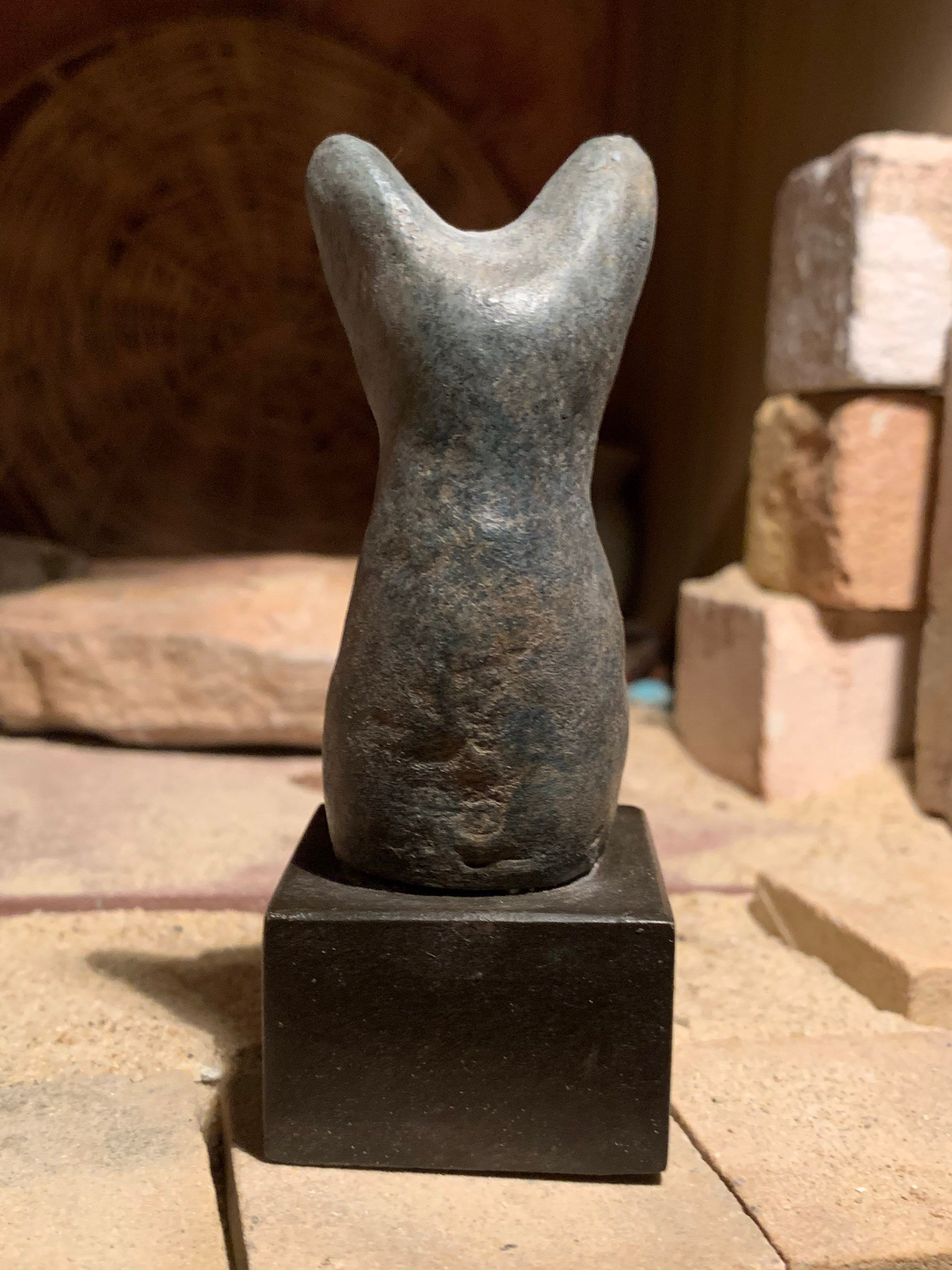 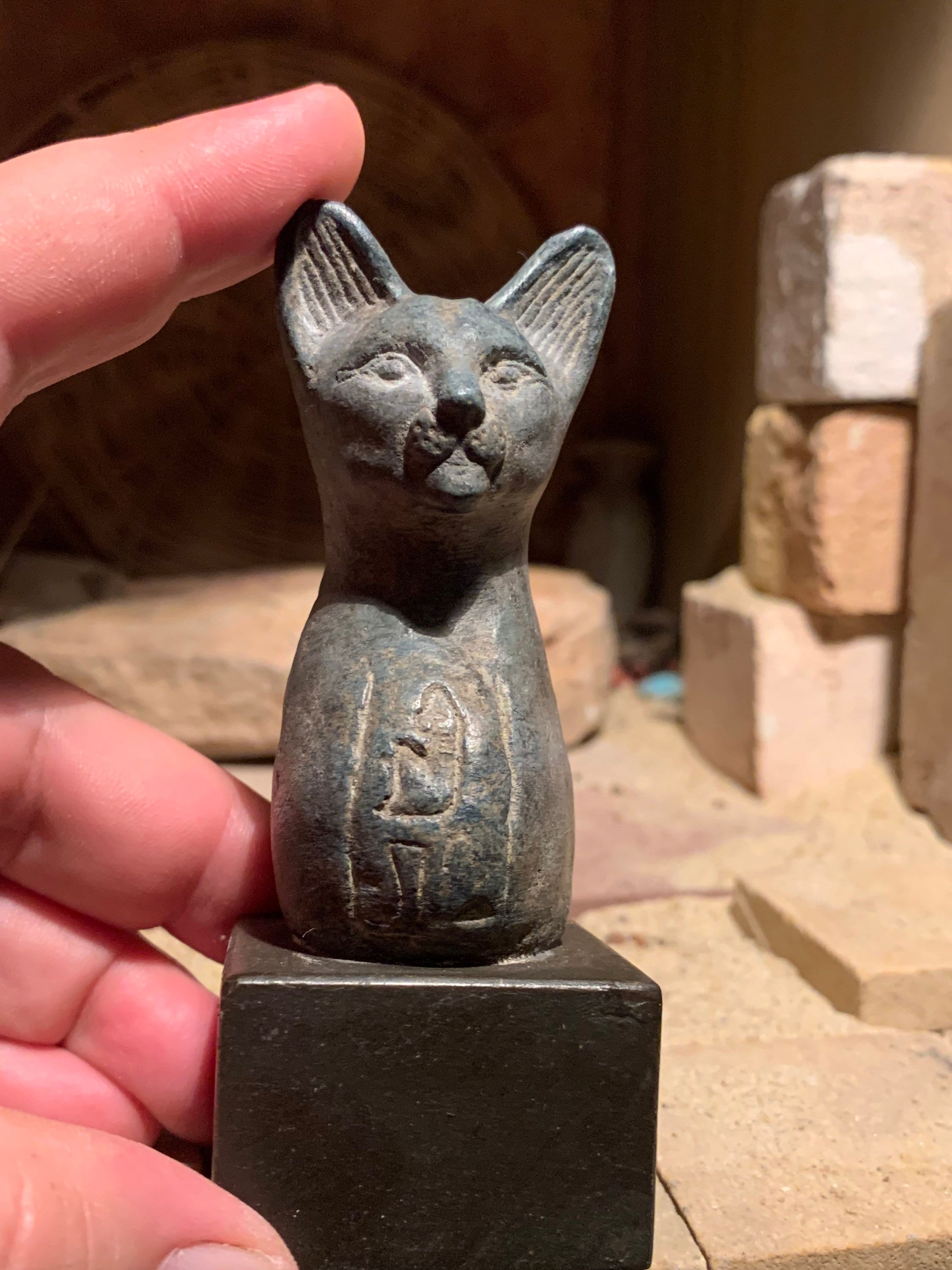 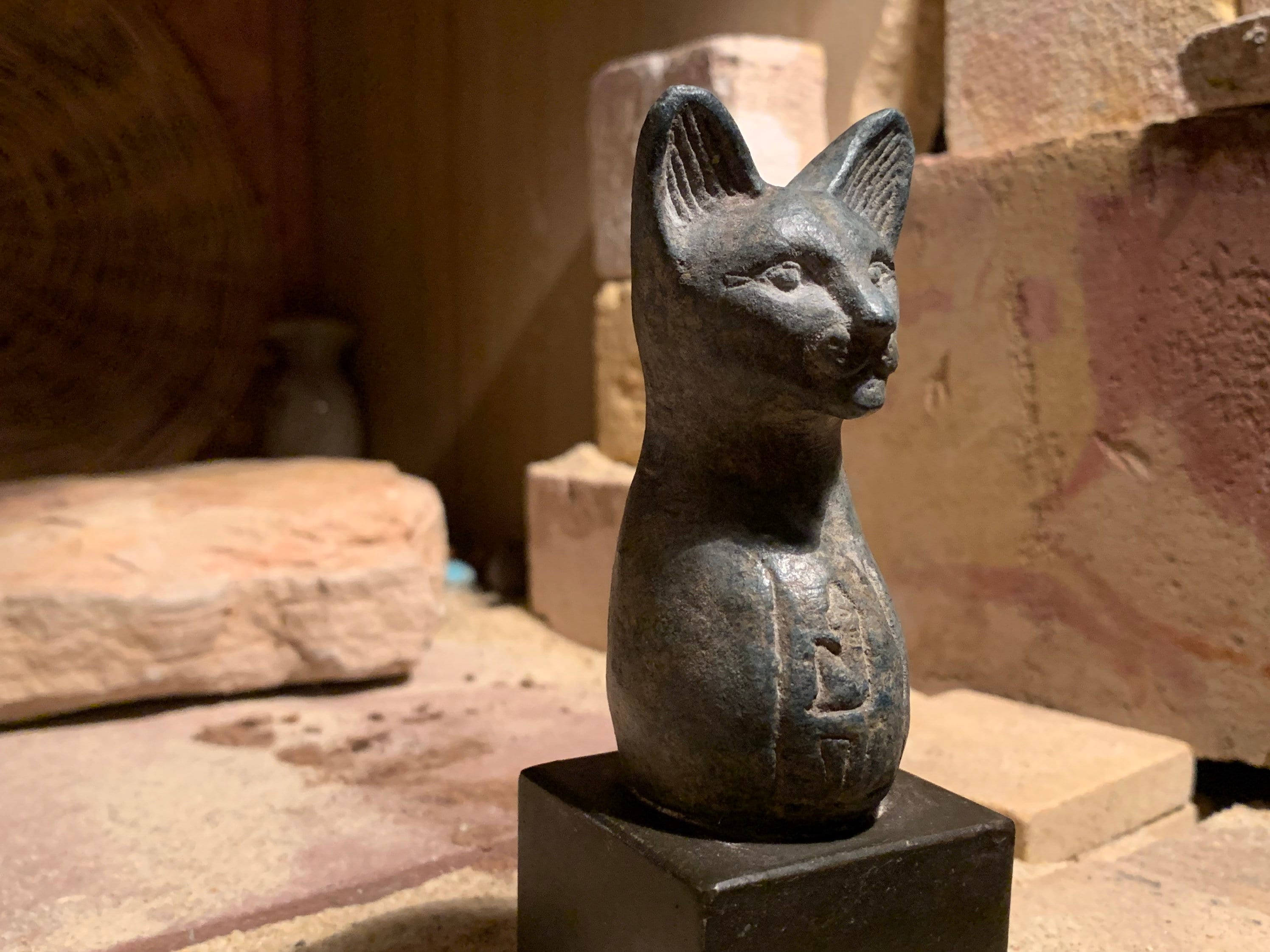 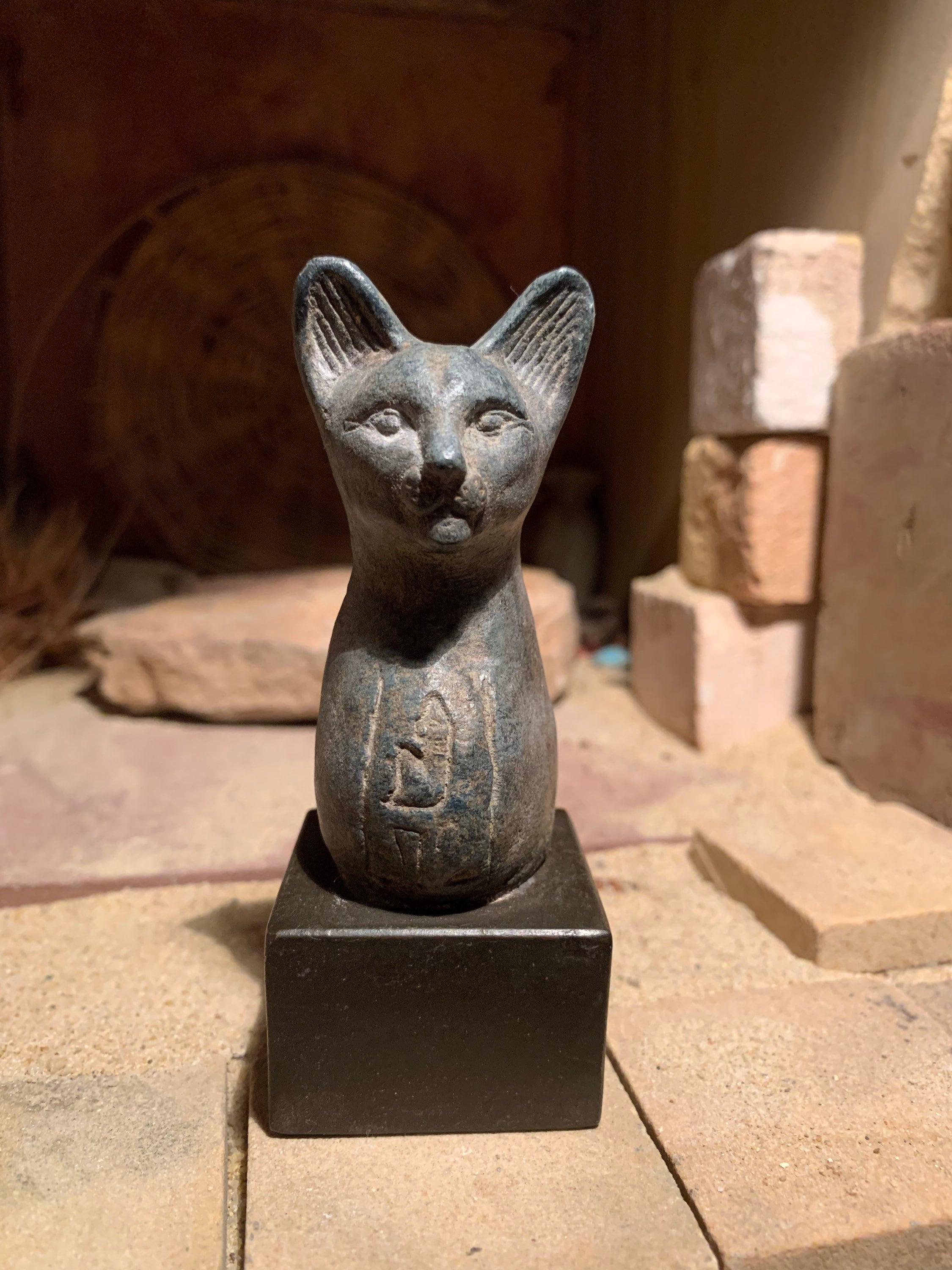 The Egyptian cat goddess of music, joy, dance and hunting.

Returning to the range is one of my favourite carvings from 1993, reborn here as a fine replica mounted on a polished stand.

Over the past couple of years I located several older versions lurking in cupboards and in pot plants, some missing ears and others heavily eroded. Most of these are now sold so it is time for some new editions to join with the other pieces on offer that were carved during that era.

The Ra portrait head and Anubis bust that may also be available in the store at the moment, were all made during that special time and capture my rustic style that was slowly evolving.

This new edition faithfully recreates the original in fine form. It is made of a limestone and quartzite composition stone and it has an aged patina.


Mythology- Certainly a very popular figure in ancient Egypt from the earliest times when the domestic cat proved a worthy advantage to have protect the hard won food stuffs of the ancient pantry or temple storehouse. By dynasty number 2 she was already known and revered before a single pyramid was built. In the pantheon of Egyptian divinity she was both wife and a daughter of Ra the sun god. She had a son named Maahes who had the body of a man and the head of a lion wearing an atef crown. (See listing -'miniature Osiris wearing Atef crown') If available.

The attributes of Bast are in many ways similar to Hathor with music, dance and all manner of light hearted activity associated with her. She even shakes a Hathor Sistrum when depicted as a womanly figure with a feline head. She could of course be shown as just a cat without the human features. The ancient public would commission people like myself to make for them a statue or at least a votive head, to place in a temple as an offering to the goddess.