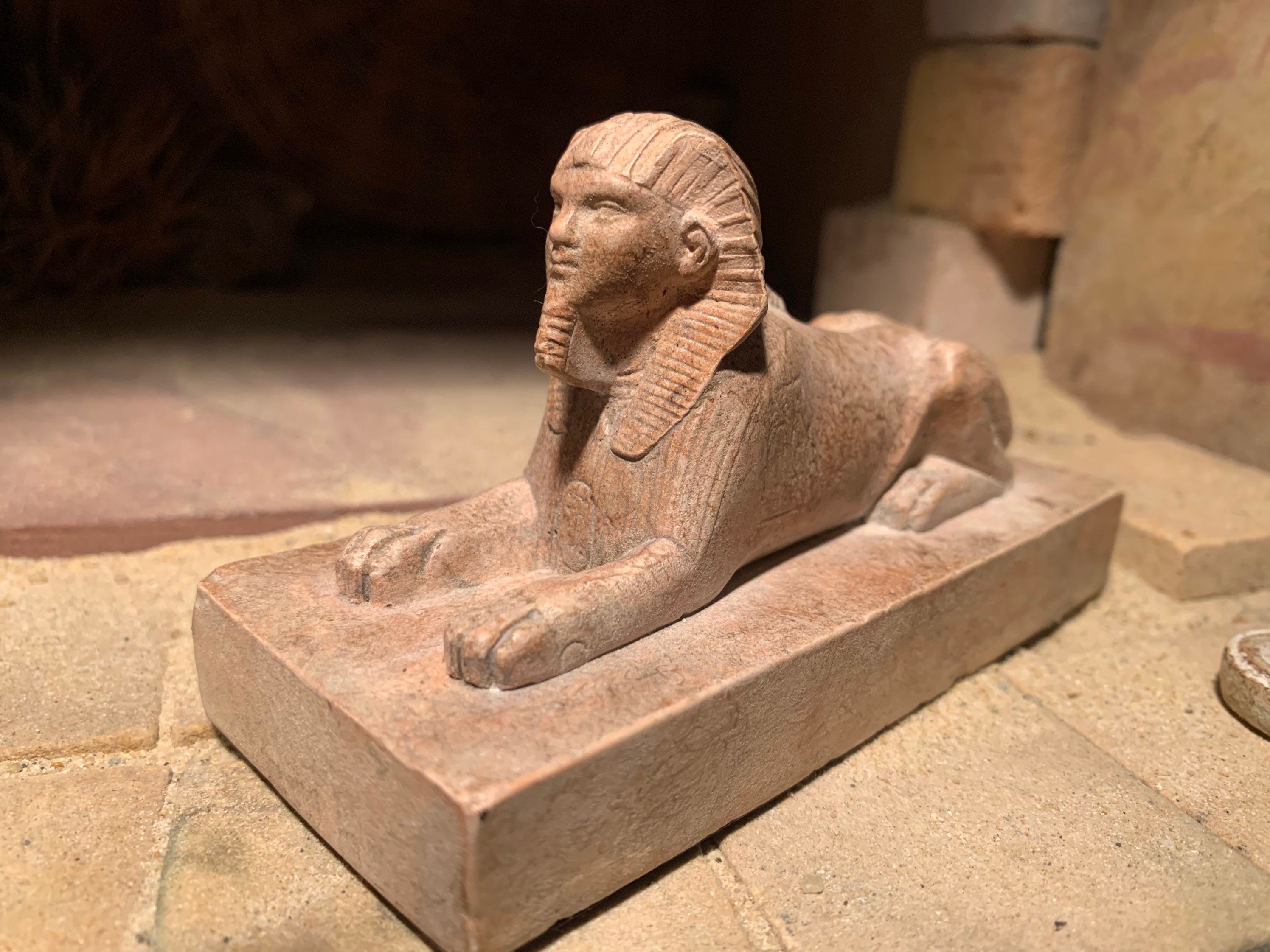 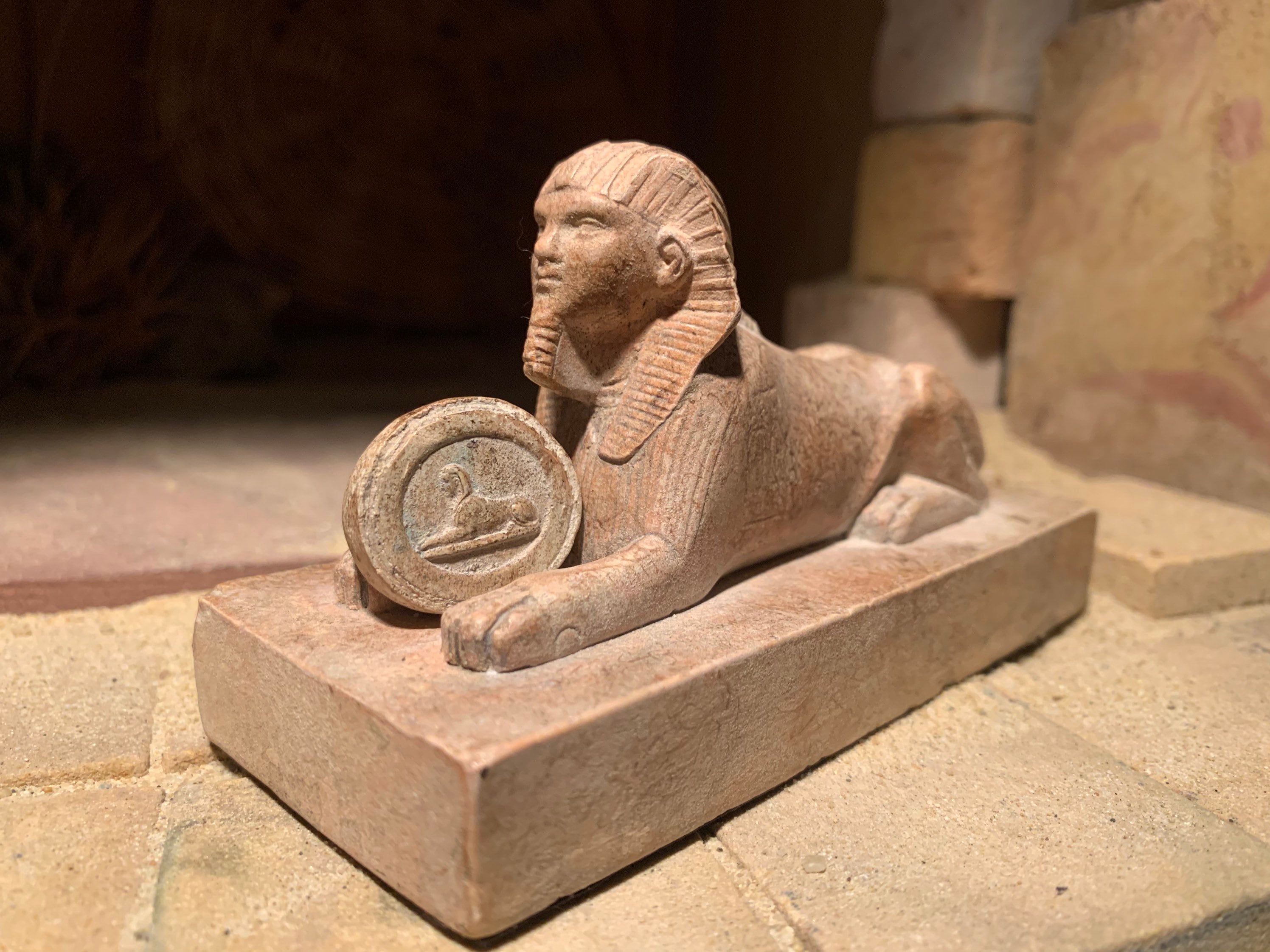 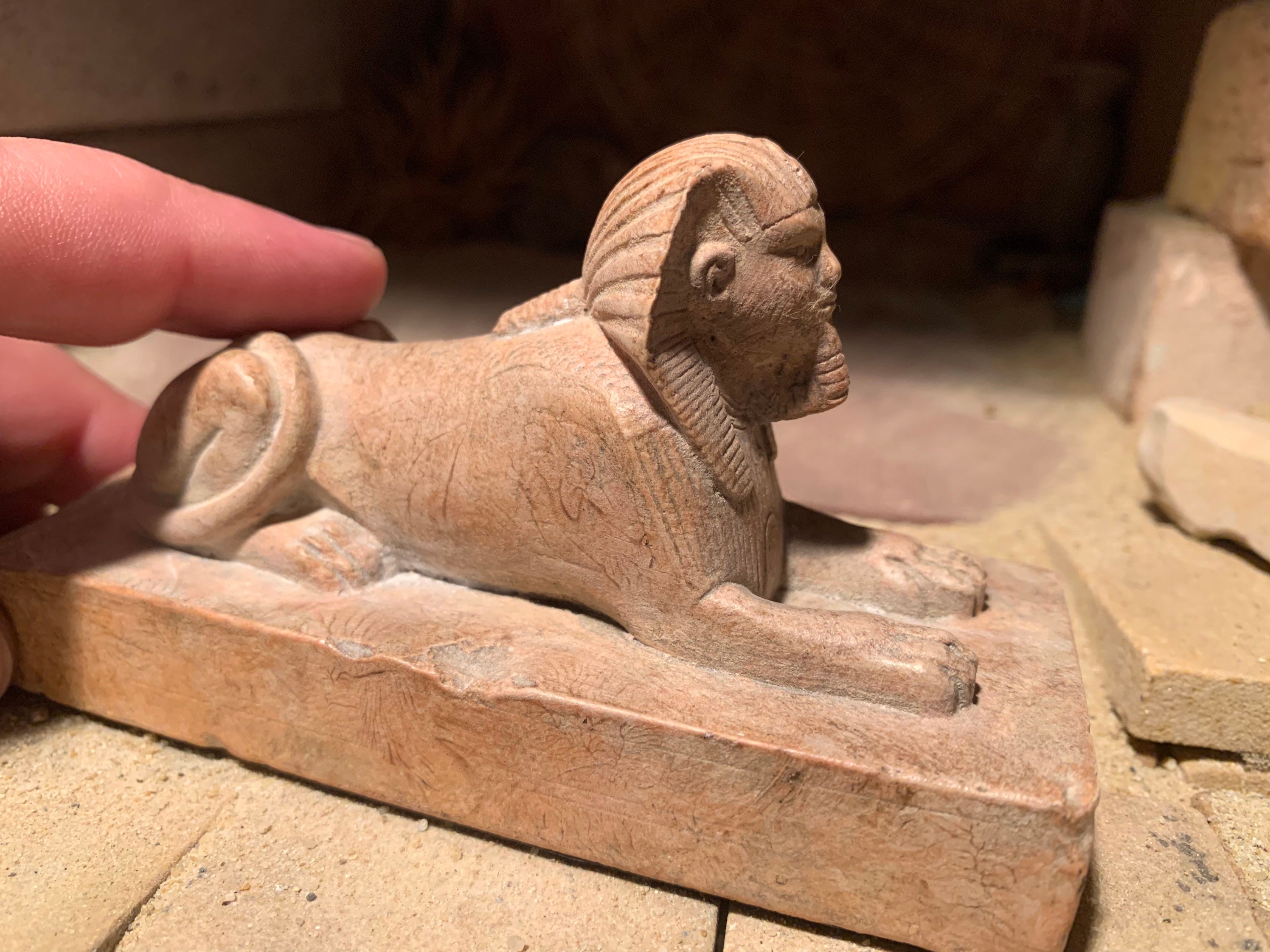 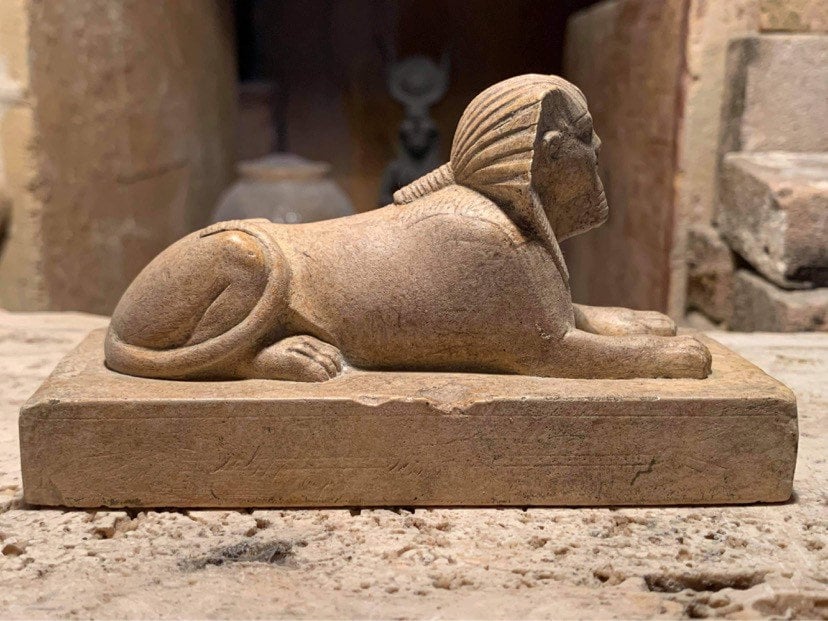 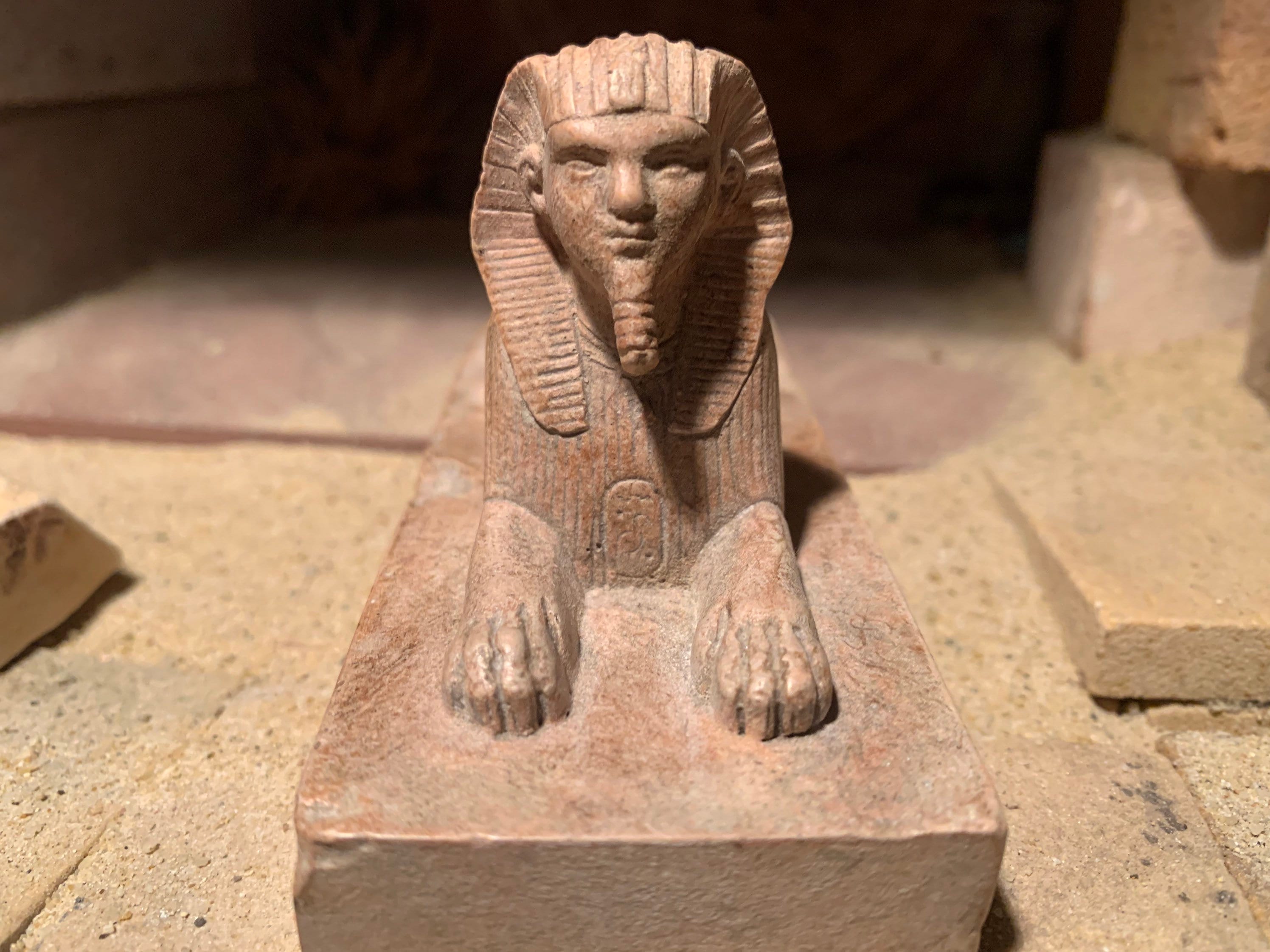 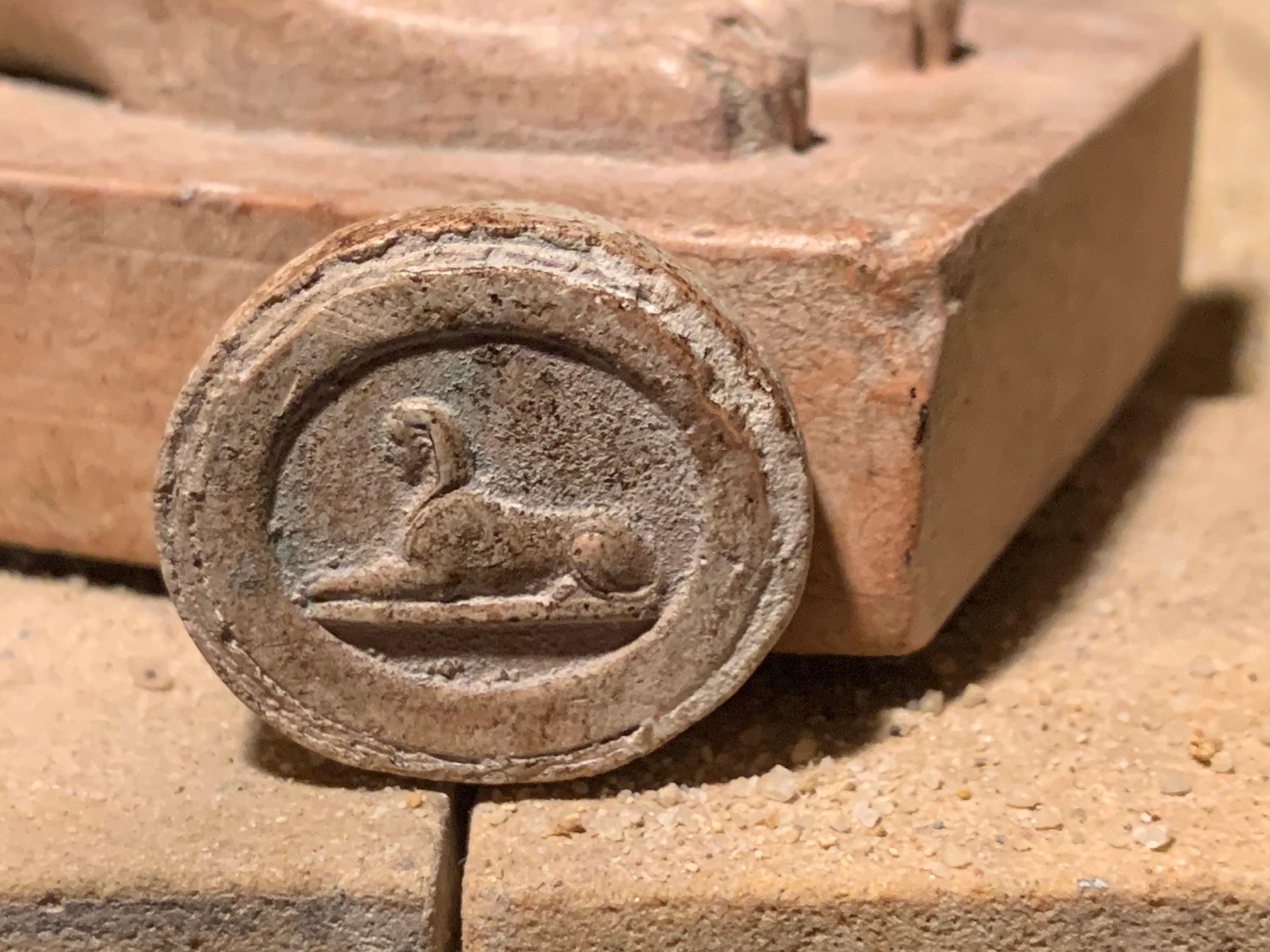 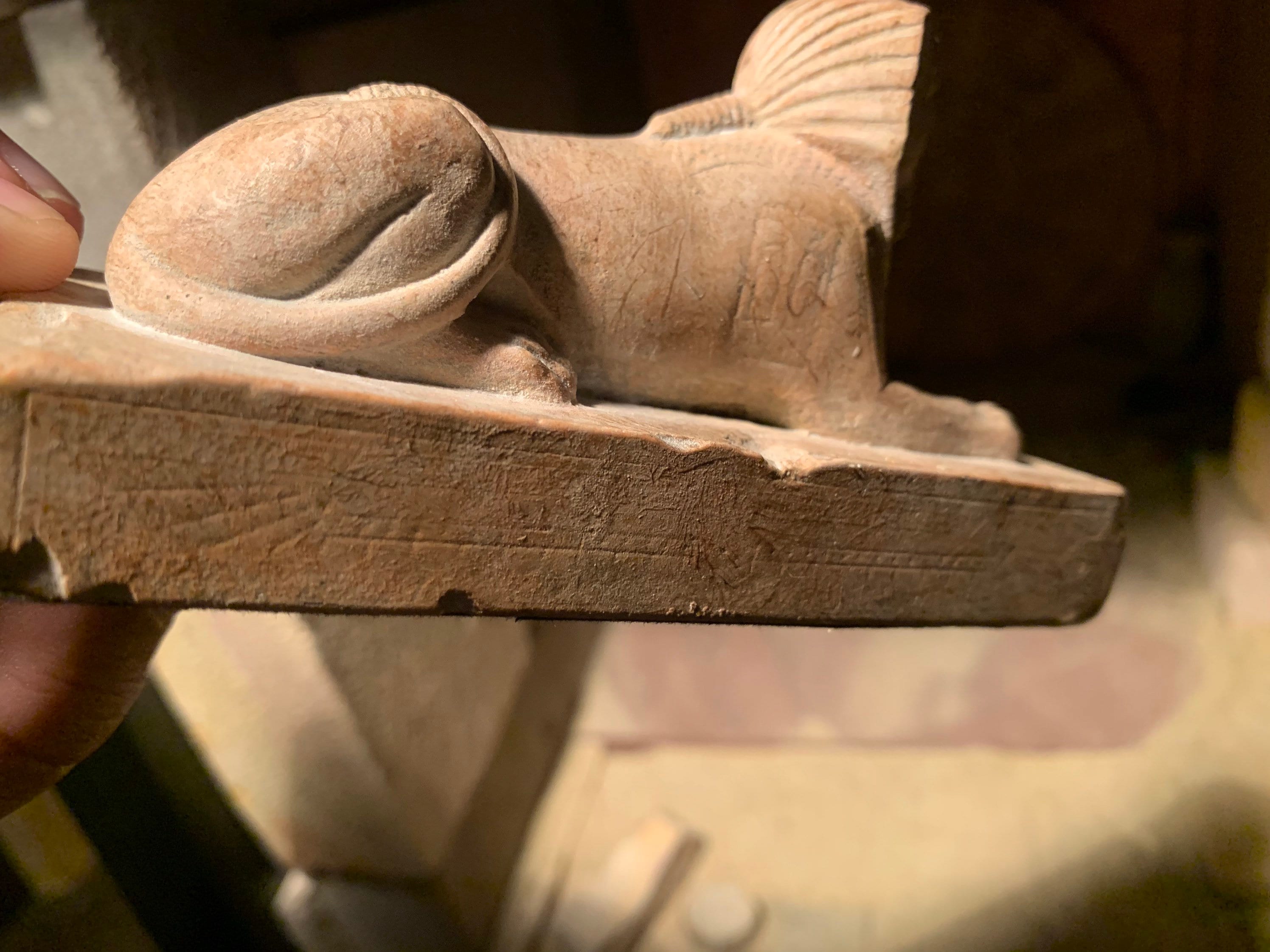 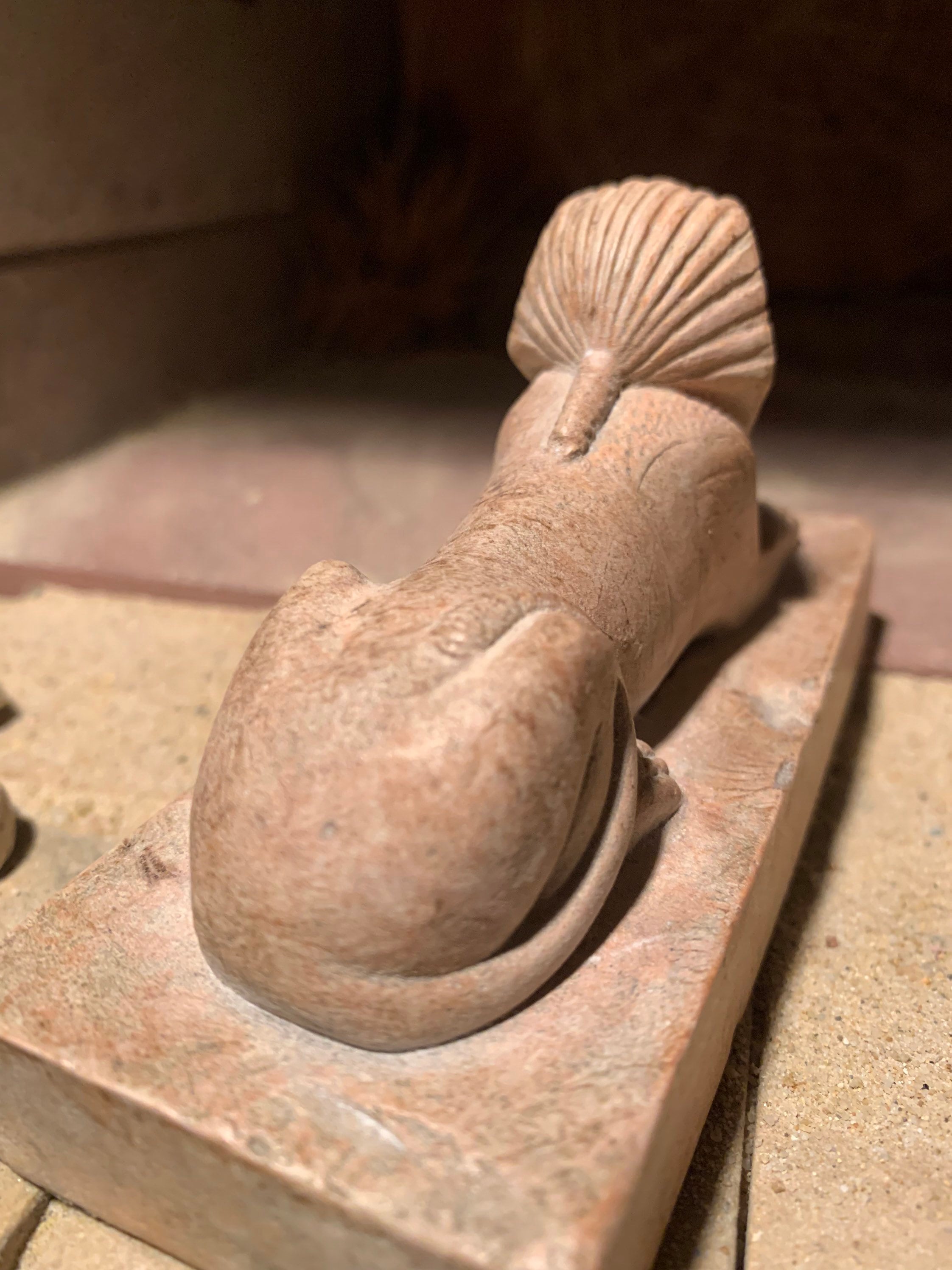 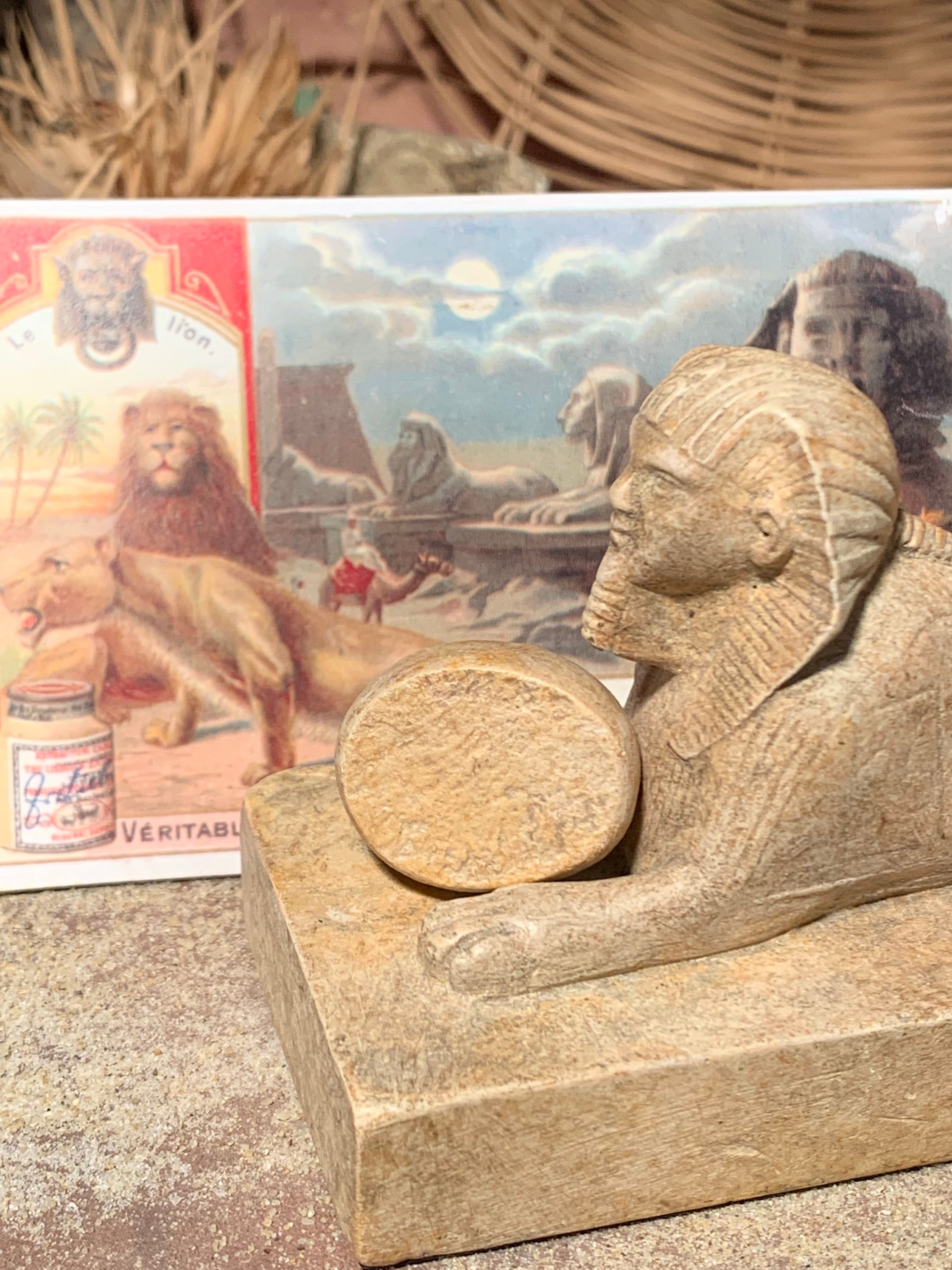 This well proportioned sphinx statue replica has an aged ochre colouration and is lined with felt on the base.

The sphinx is composed of a lions body with the head of the reigning monarch and It has the faint trace of a kings name cartouche between the paws and on the left shoulder.

Both pieces are made of a composition stone using limestone and quartzite.

In addition a small sphinx amulet has been included to show the continuation of a theme.

The sphinx is one of the most enduring images of the ancient Egyptian landscape and there were many more varieties created other than the famous great sphinx of Giza.

Although some evidence suggests the sphinx was already a formed idea before the Great sphinx was created, It was the fountain head of inspiration for all other sphinx depictions created thereafter. Many later kings created their own versions all on a smaller scale and the only comparable sphinxes that survive are one of Ramses the great at Memphis and a pair of magnificent statues that are now in Saint Petersburg. The latter possess the obvious features of King Amenhotep the third.