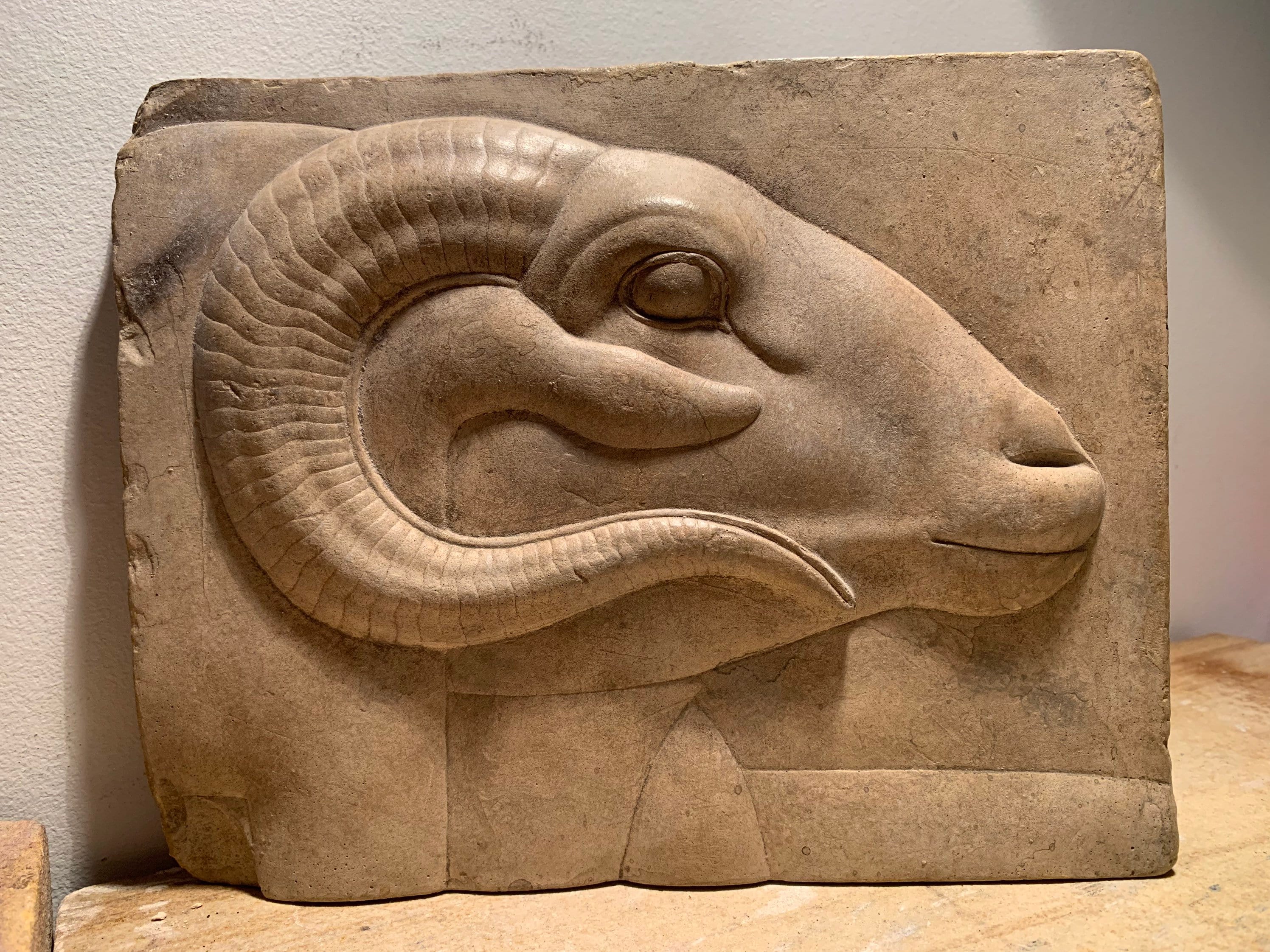 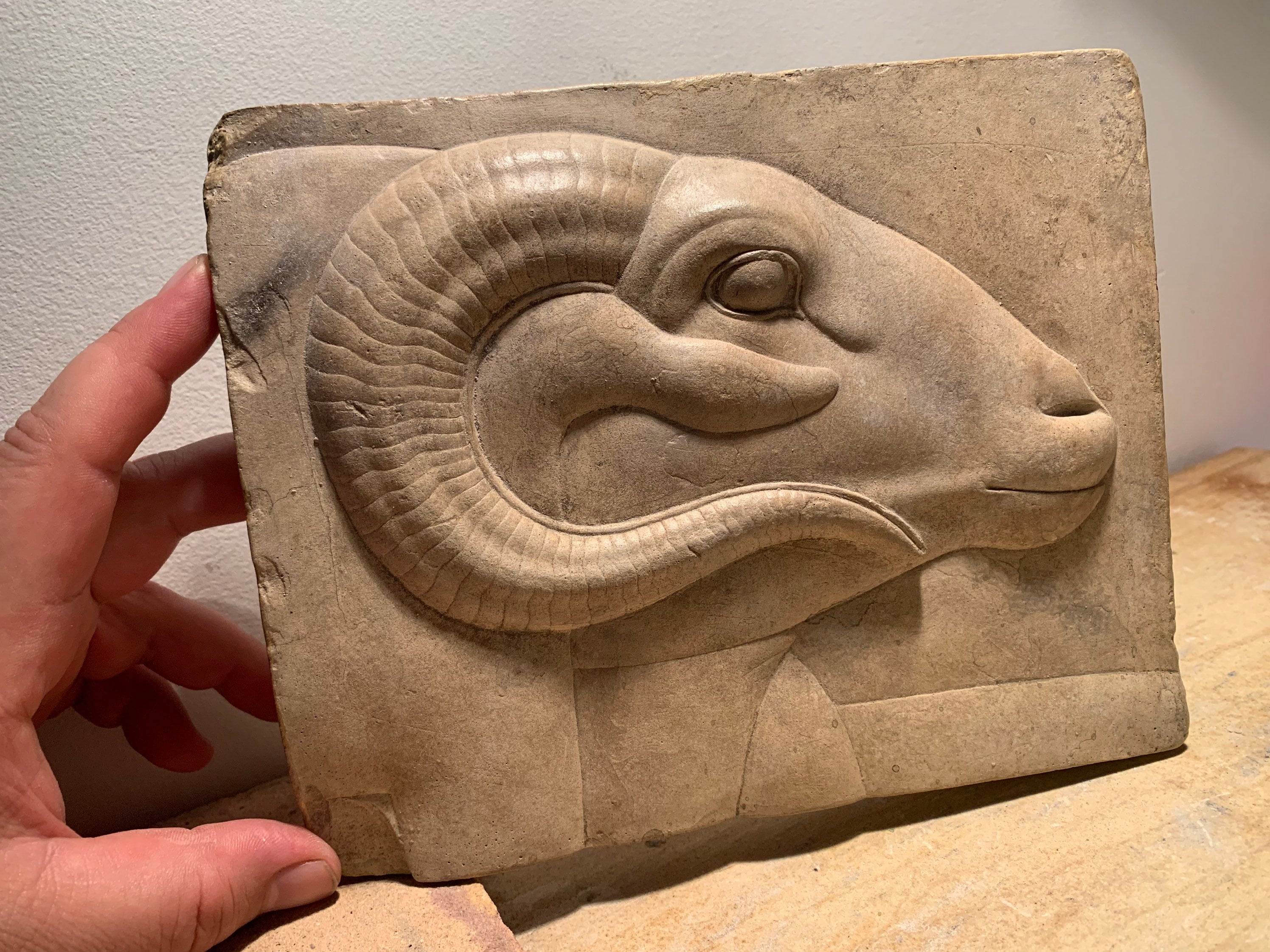 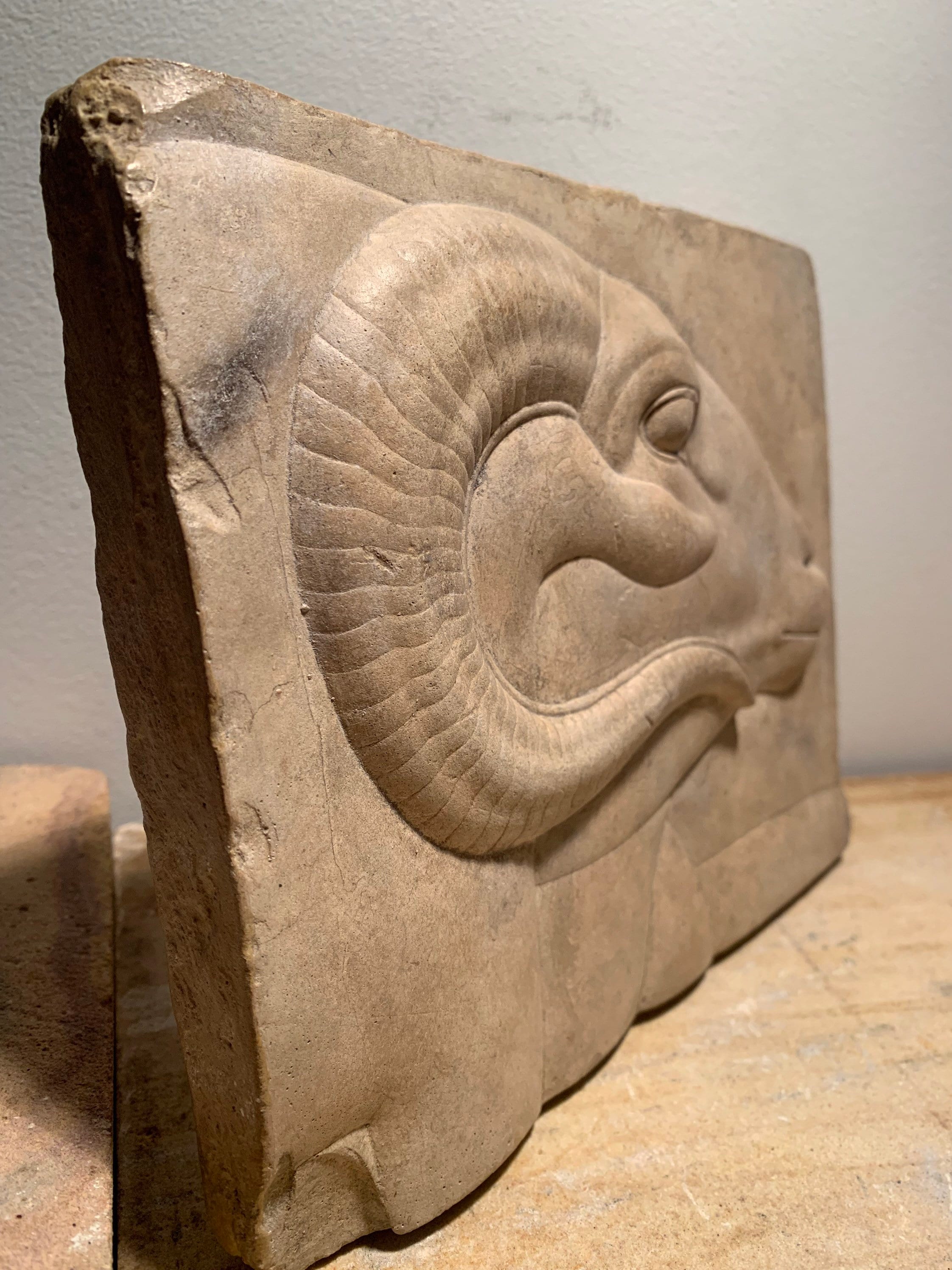 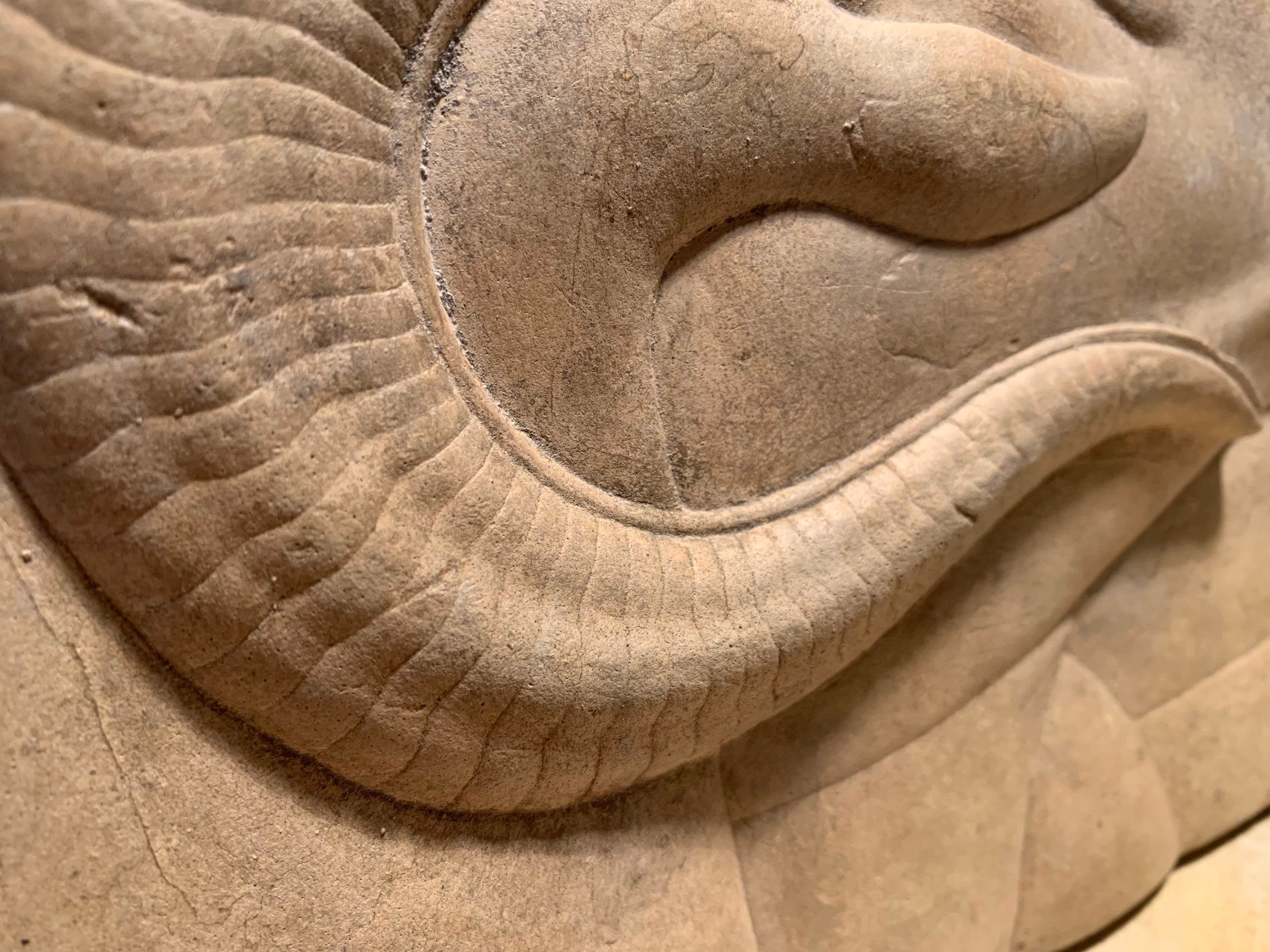 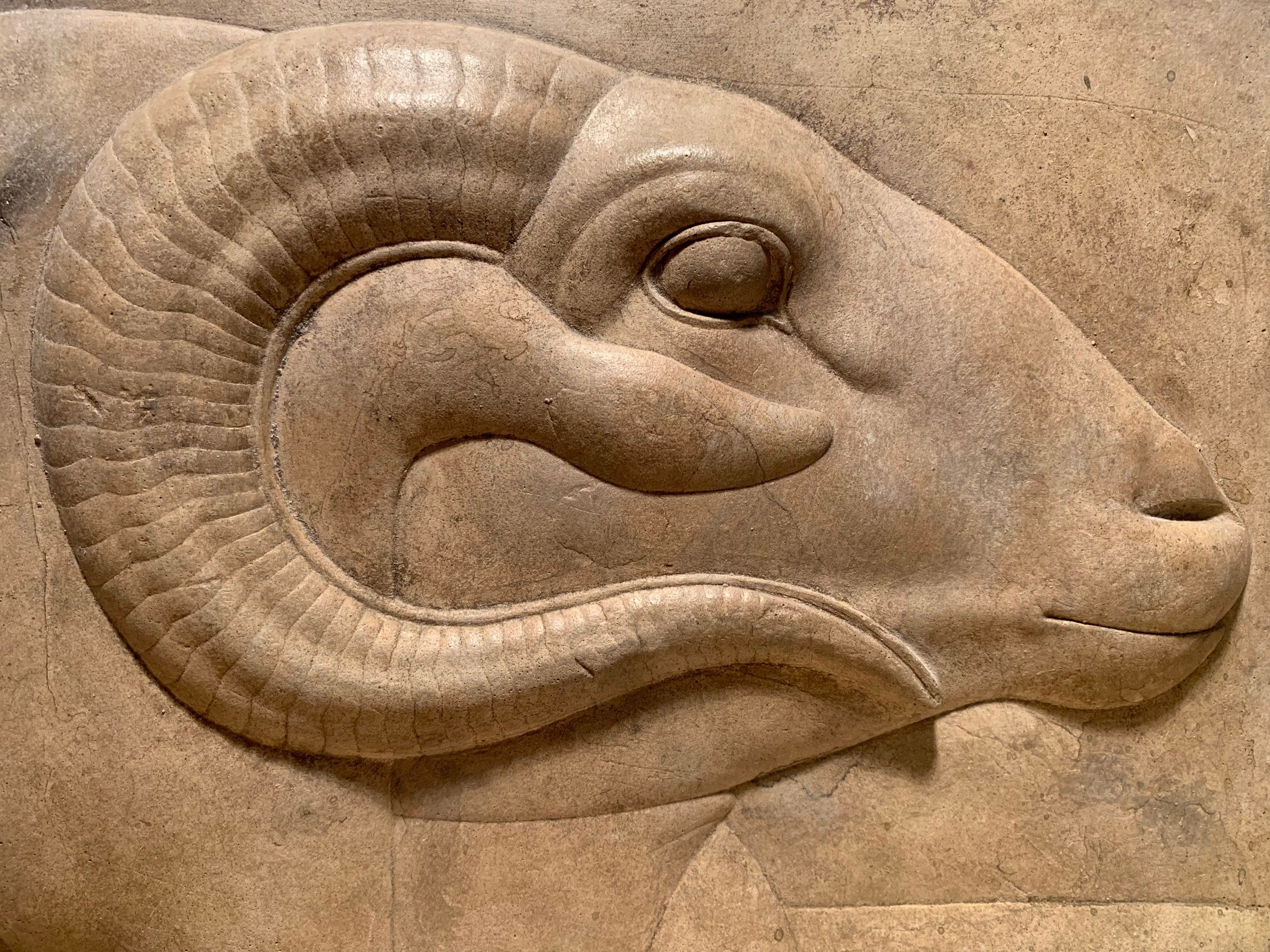 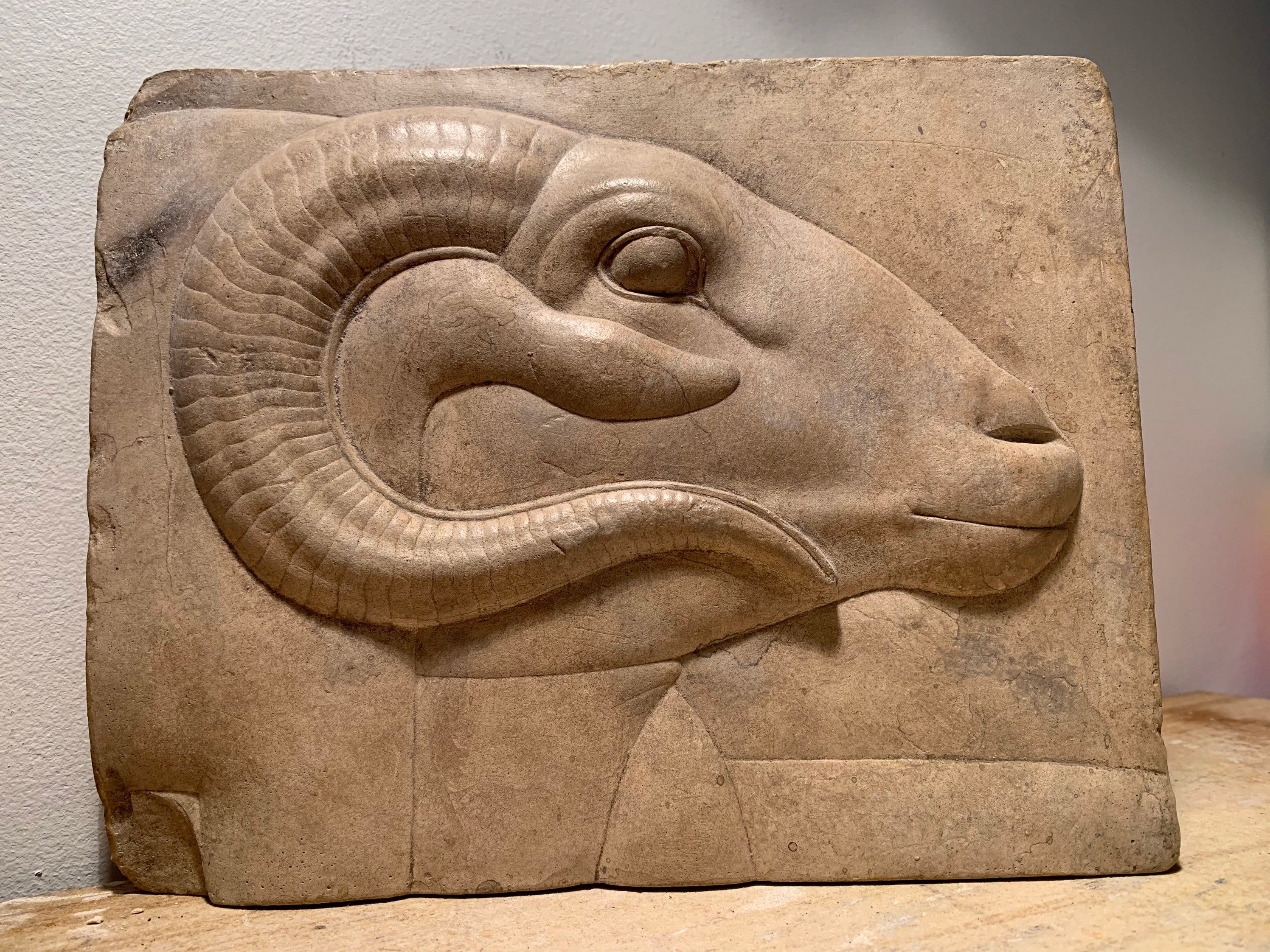 Amun-Ra
Form of the sacred Ram

On offer here is a very fine replica of the Egyptian god Amun in the form of a Ram, his sacred animal. Exquisite modelling and incised details were the hallmark of the so called ‘sculptor’s models’ of the Ptolemaic period of which this is an exceptional example.


Made from limestone and quartzite composition stone which has been given an aged patina. The relief has a carefully drilled hole on the back to allow for a wall feature display option using a small hook or a sturdy angled nail

Background information - The god Amun was the principal god of the Egyptian New Kingdom whose centre of worship was in the south at Thebes, also known as ancient ‘Waset’ which was the religious capital during the majority of the New Kingdom.

Known as ‘the hidden one’, Amun’s temple enclosure at Karnak is the largest surviving temple in Egypt today and one of the largest religious precints in the world. Statues of the sacred ram flank the entry causeway leading to the great pylon and it’s entrance gate.

The principal god of the northern Memphite region (near modern day Cairo) was Ra the sun god. The main god of the south during the emergence of theTheban kings was Amun. The north and south from earliest times saw conflict, disunity and unification in a cyclic trend. North - South rivalry was something the New Kingdom kings wanted to avoid as they were well aware of Egypt’s already thousand year old culture.
They chose to retain a united country and incorporated Ra of the north into the iconography of the state god. Thus became known to all as Amun Ra - lord of the two lands. Many kings had the name Amun incorperated into their name. The Amunhoteps, Amenemhats and of course the well known Tutankhamun.