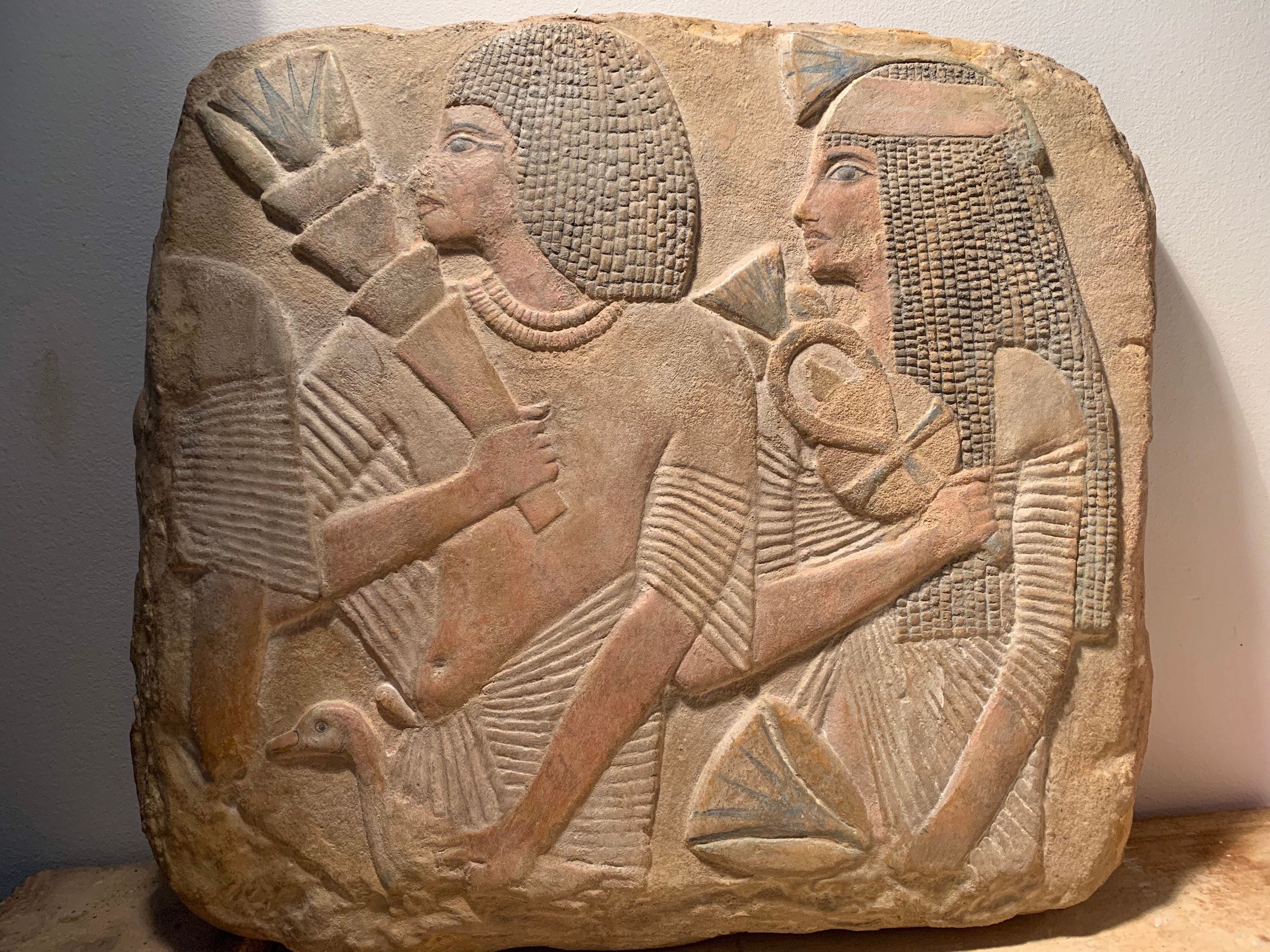 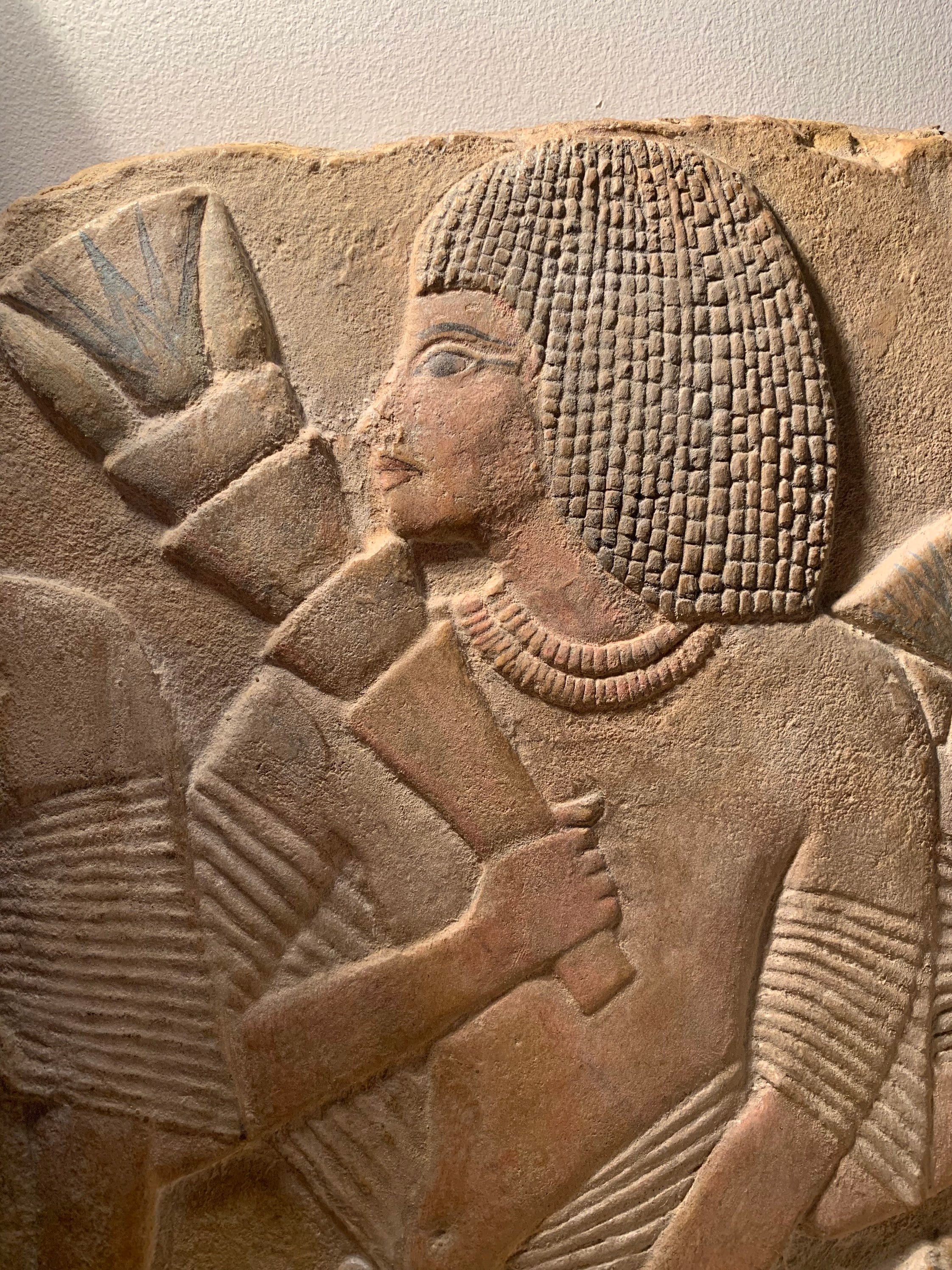 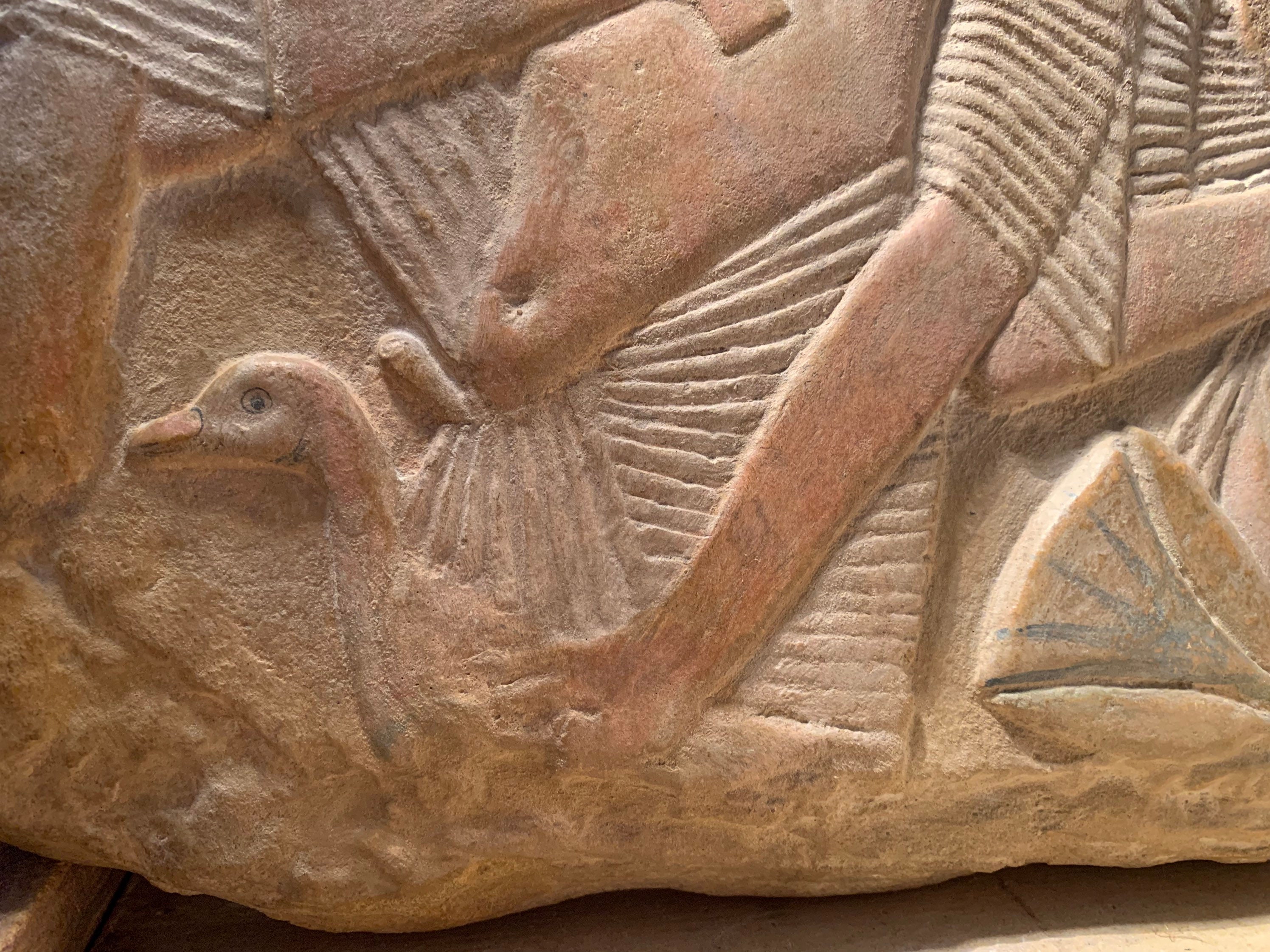 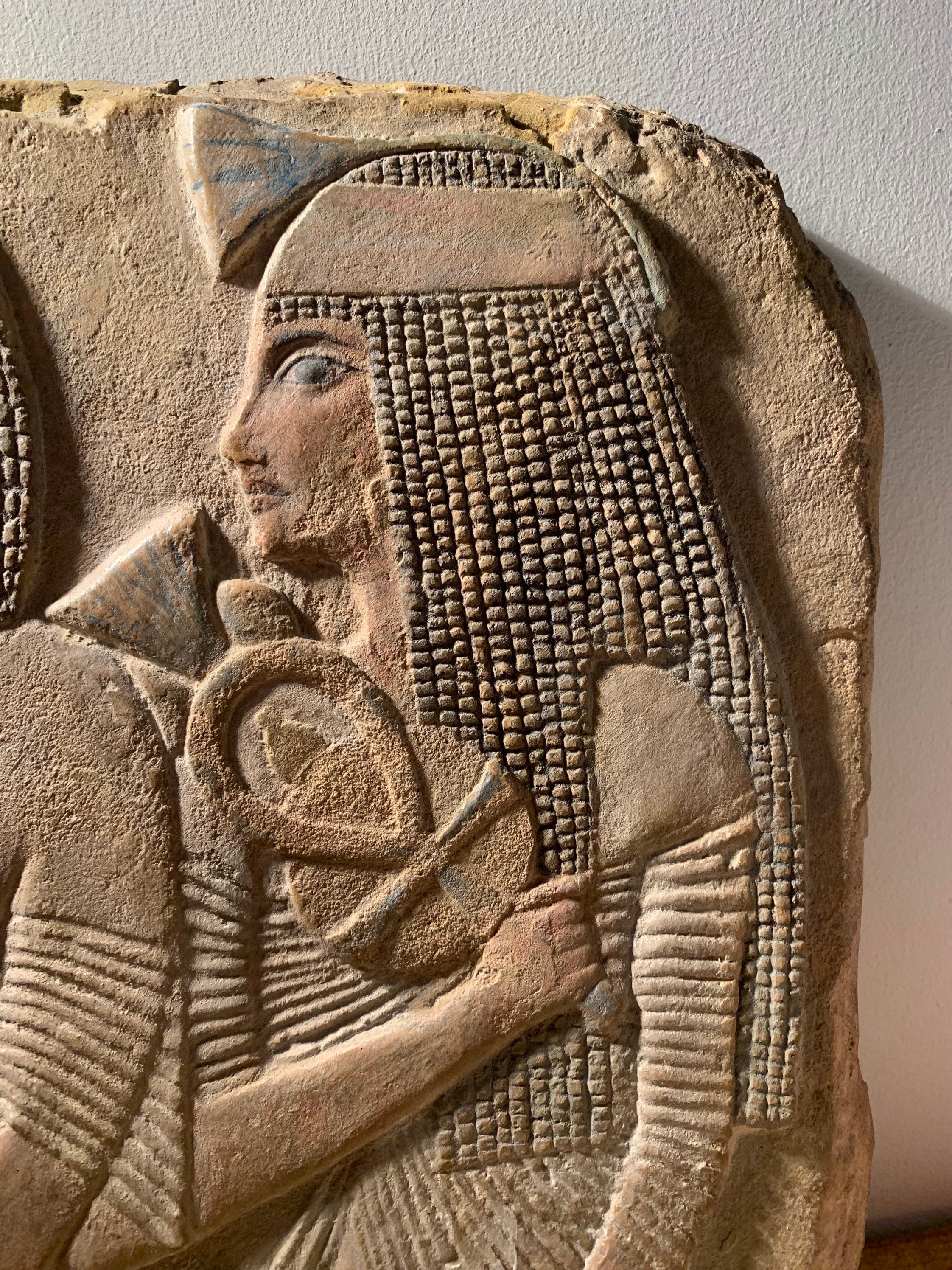 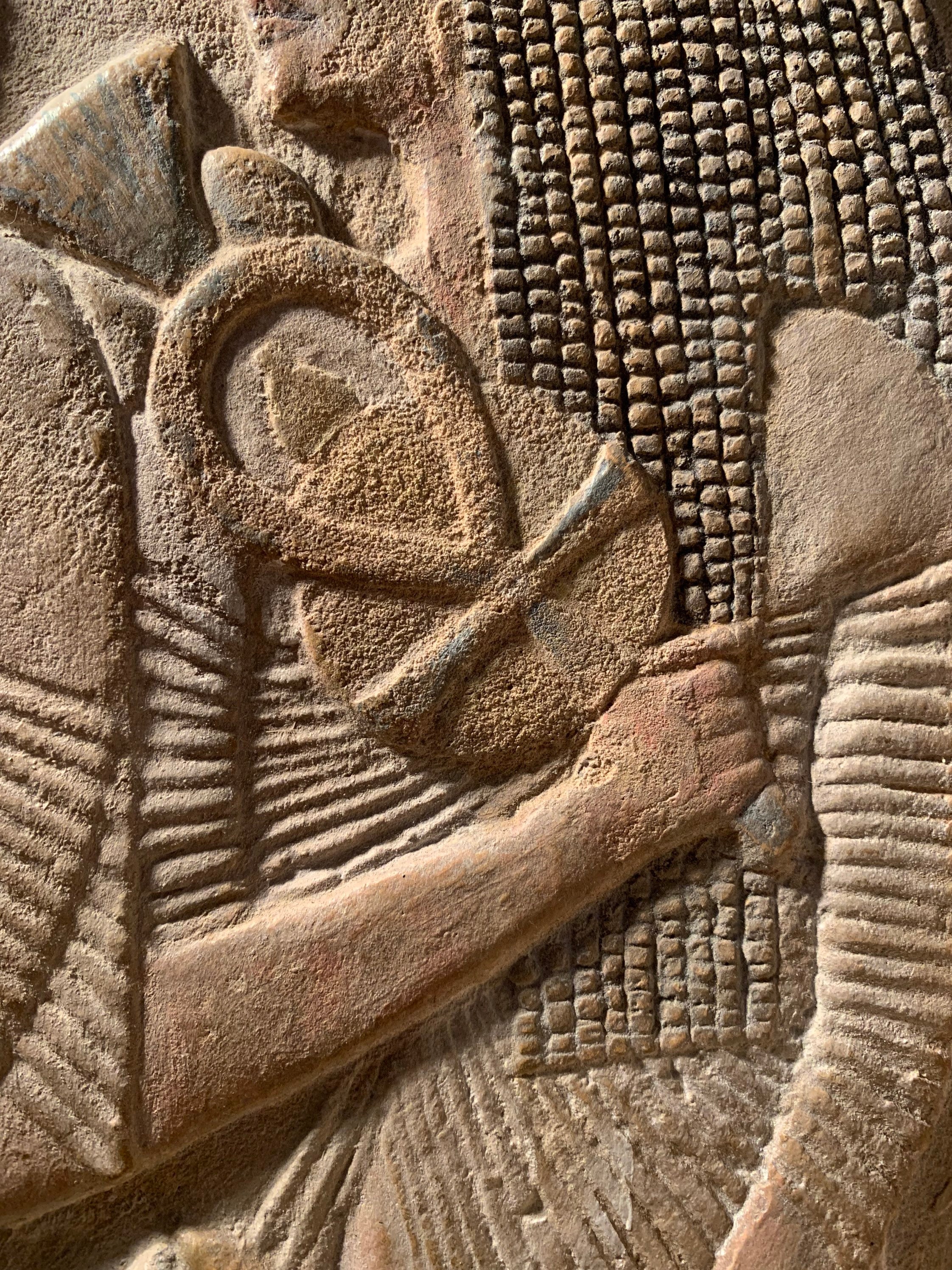 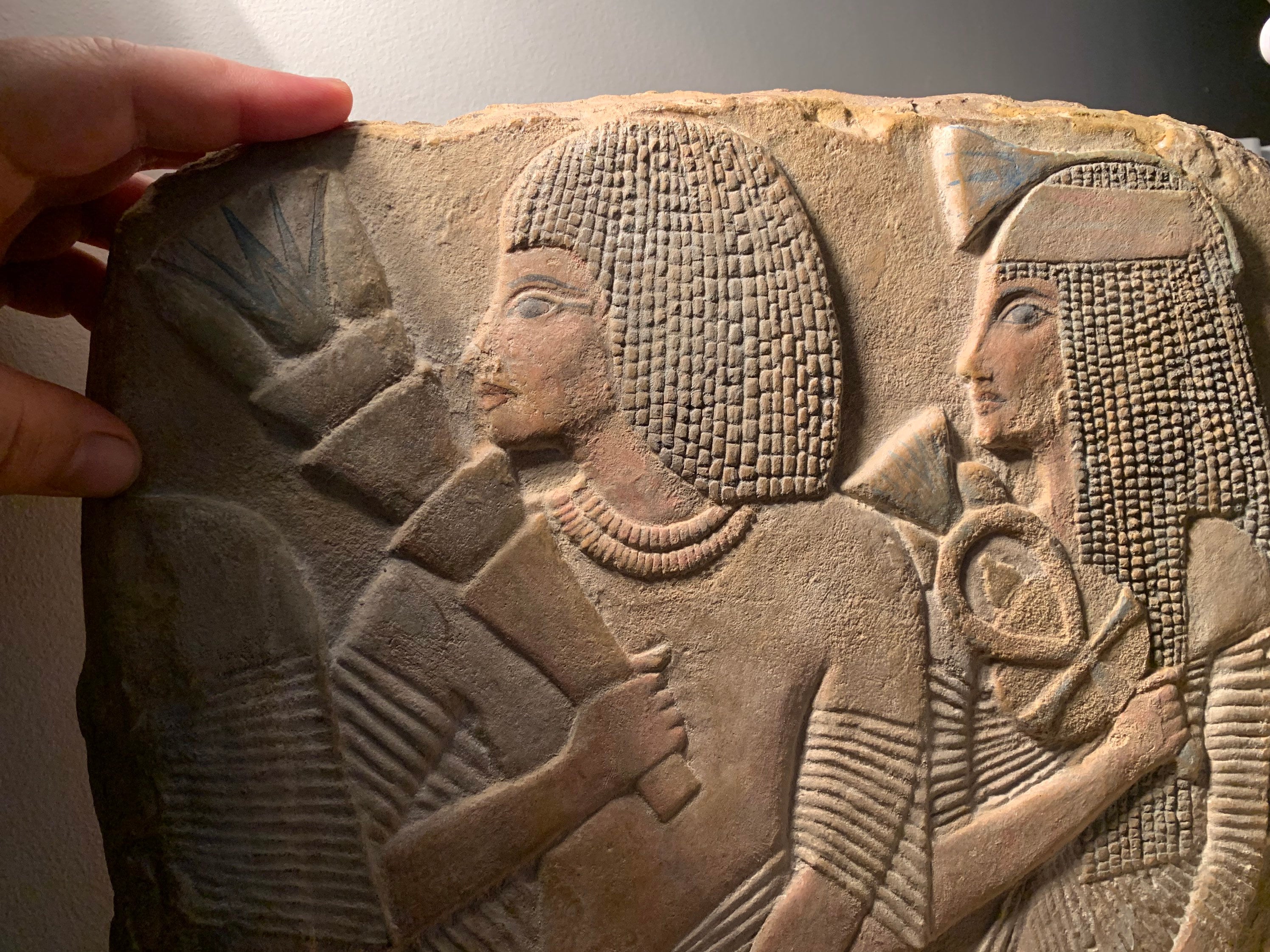 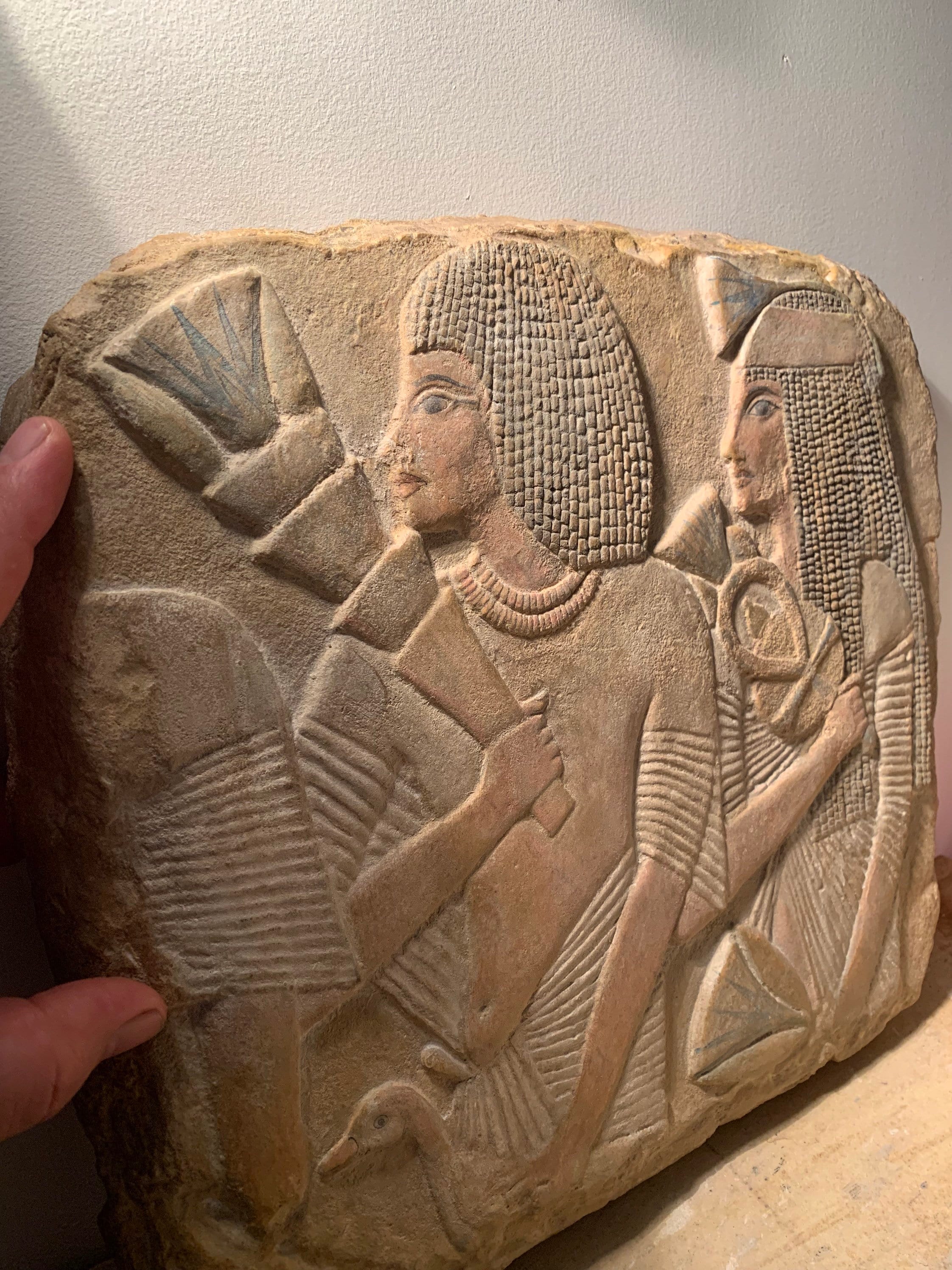 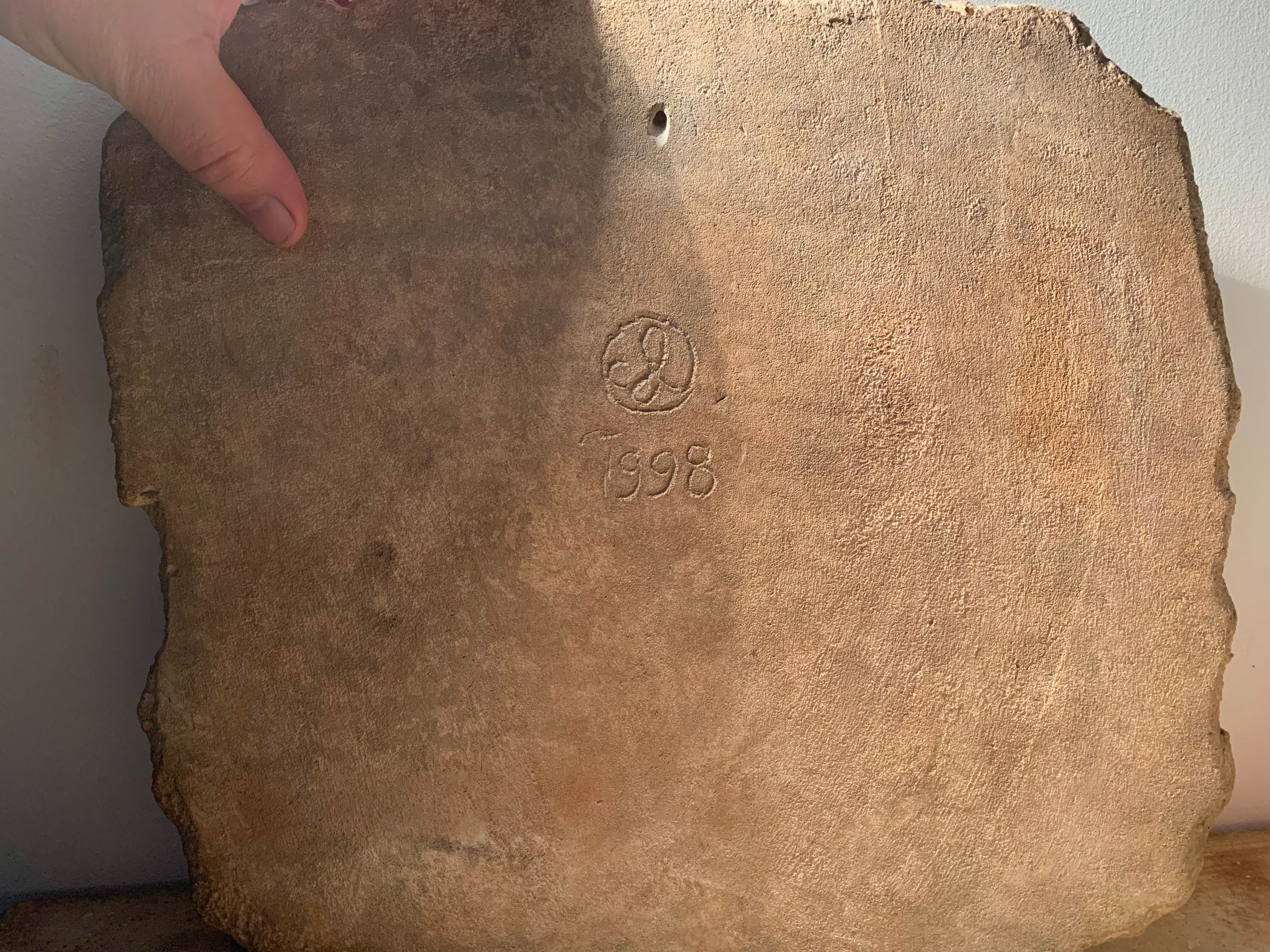 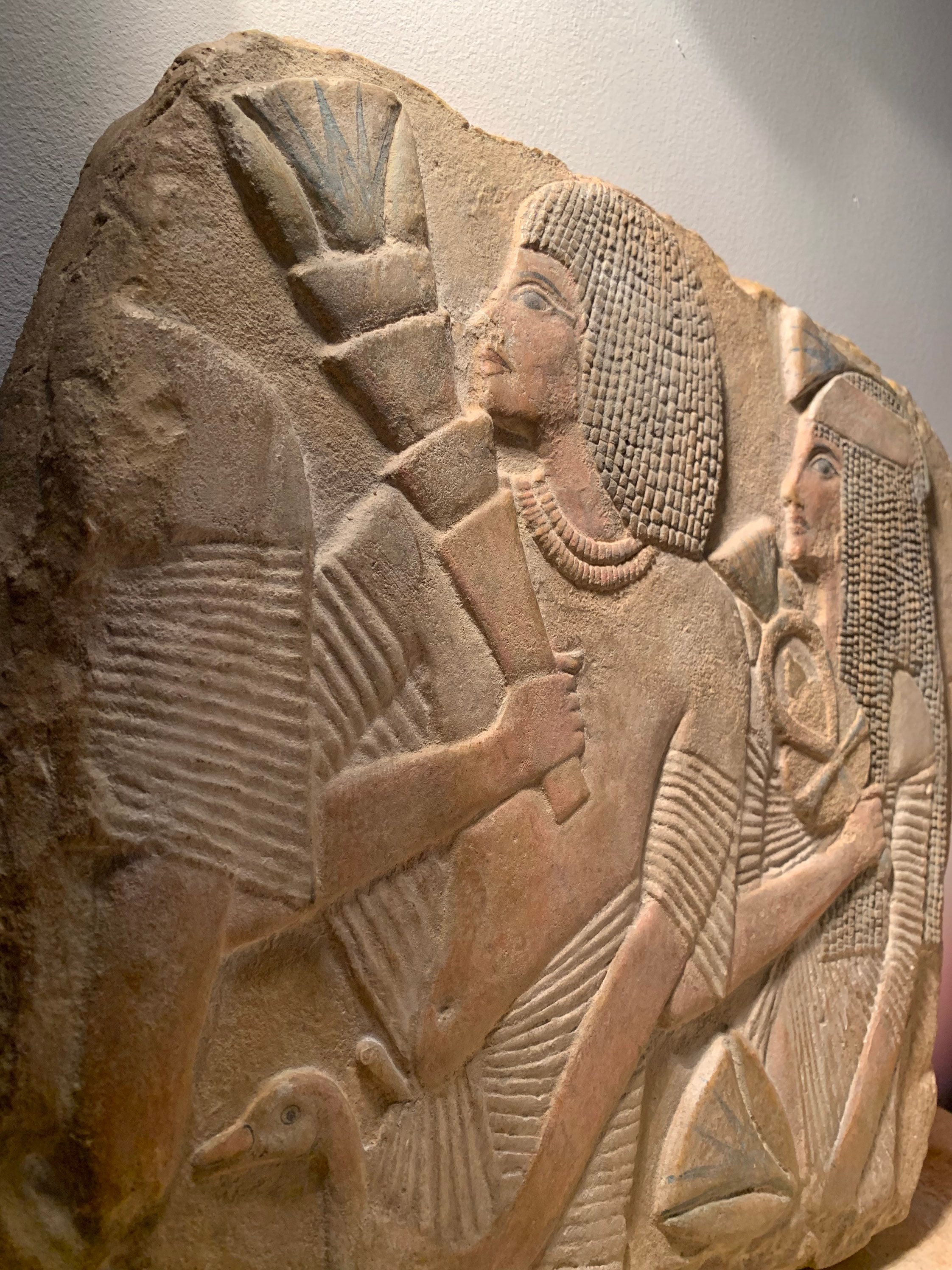 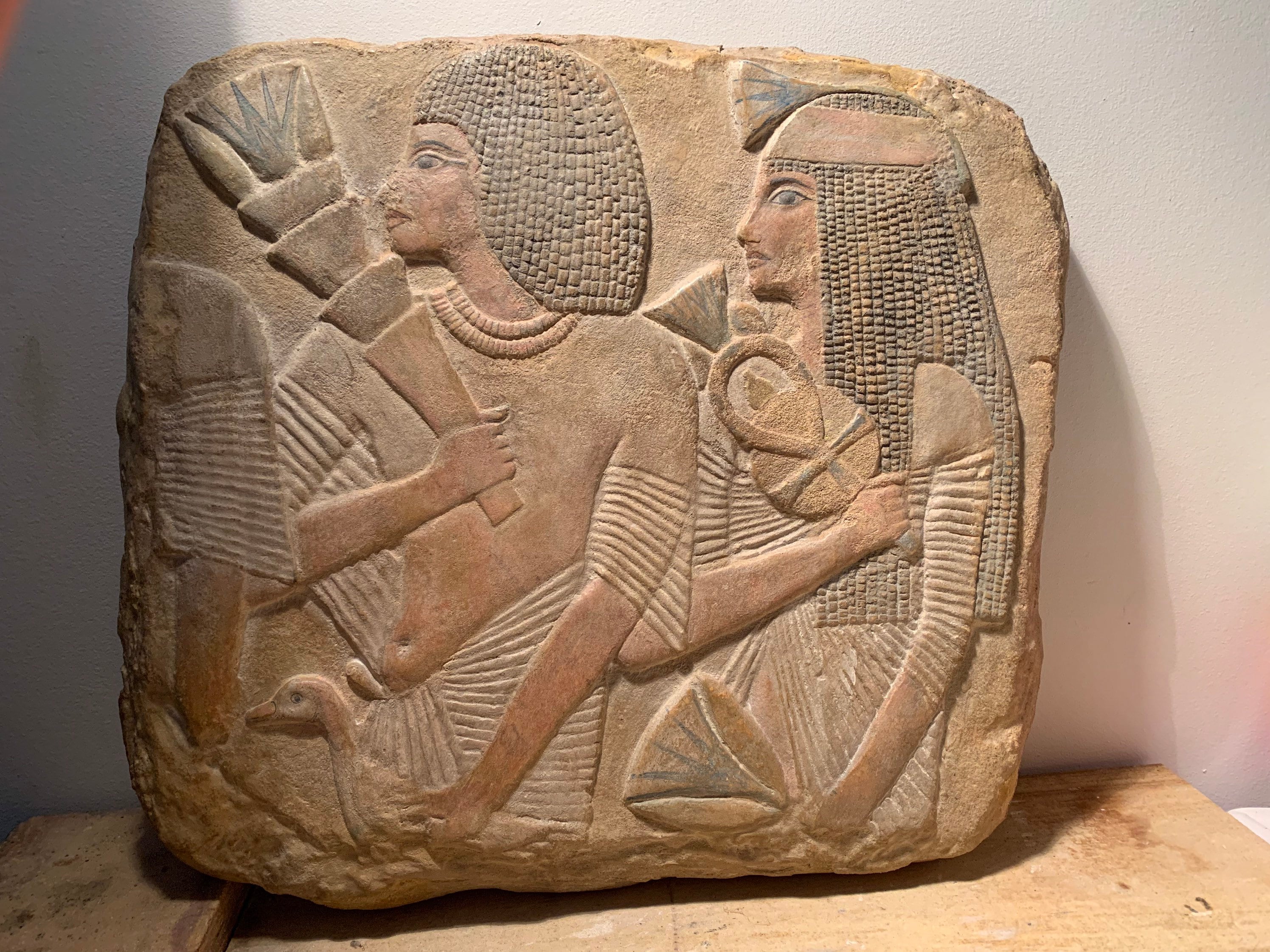 THE OFFERING BEARERS OF MAYA

Another rare relic found in my now decommissioned mainland studio is entitled ‘The offering bearers of Maya’. Signed and dated 1998 this design ceased production in 1999.
Made of a limestone and quartzite composition stone and painted with subtle pigments, it has a carefully drilled angled hole on the back to allow for a wall feature option using a sturdy nail hammered at a matching angle.

Maya was an important figure of the late 18th dynasty whose name first appears in the palace records of King Amenhotep III at Malkata right through to the 8th year of King Horemheb.
His prominence in the reign of Tutankhamun is testified by his exalted titles including ‘fan bearer’ to the king and more importantly ’overseer of the treasury’.
So close to the upper echelons of state affairs he even commissioned impressive statues for King Tutankhamun’s burial which were found in perfect condition 100 years ago this coming November.

Maya’s tomb at Saqqara, where the design of the offering bearers can be seen today, was rediscovered in 1986 by Egyptologist Geoffrey T. Martin whilst digging in association with the Leiden museum.
I had the pleasure of meeting Mr. Martin in the 1990’s at Macquarie university where I showed him my recreations including this piece to his surprise and delight. We both acknowledged the unique ‘Ankh mirror’ the noble lady holds in her right hand and he told me of the thrill of finding the tomb and the very moment he found the hieroglyphs that mentioned the owner of the tomb….‘we’ve found Maya!’ he announced to the team…….Sadly Geoffrey passed away in March and I will always value our conversations and the encouragement he gave during my formative years.