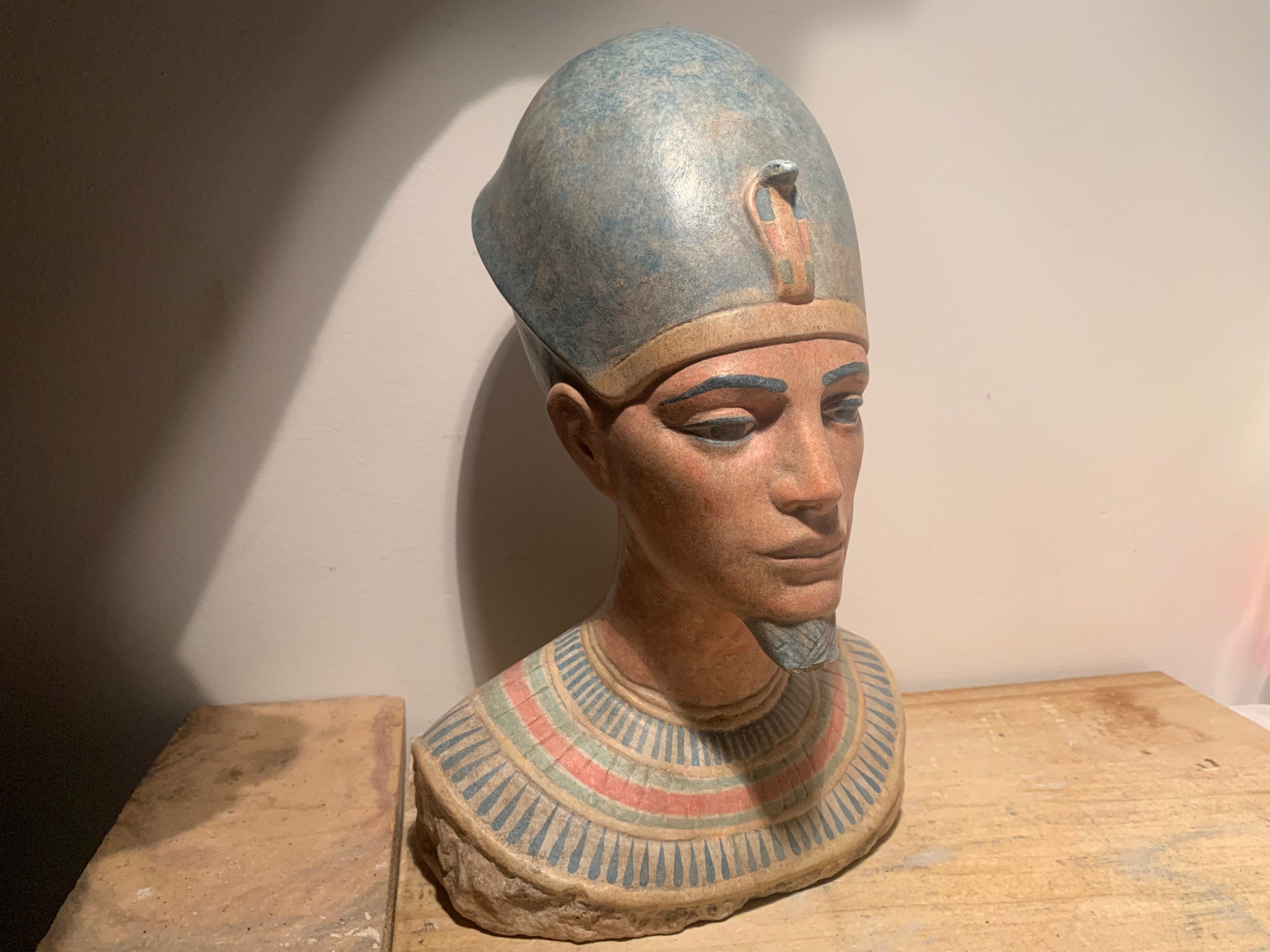 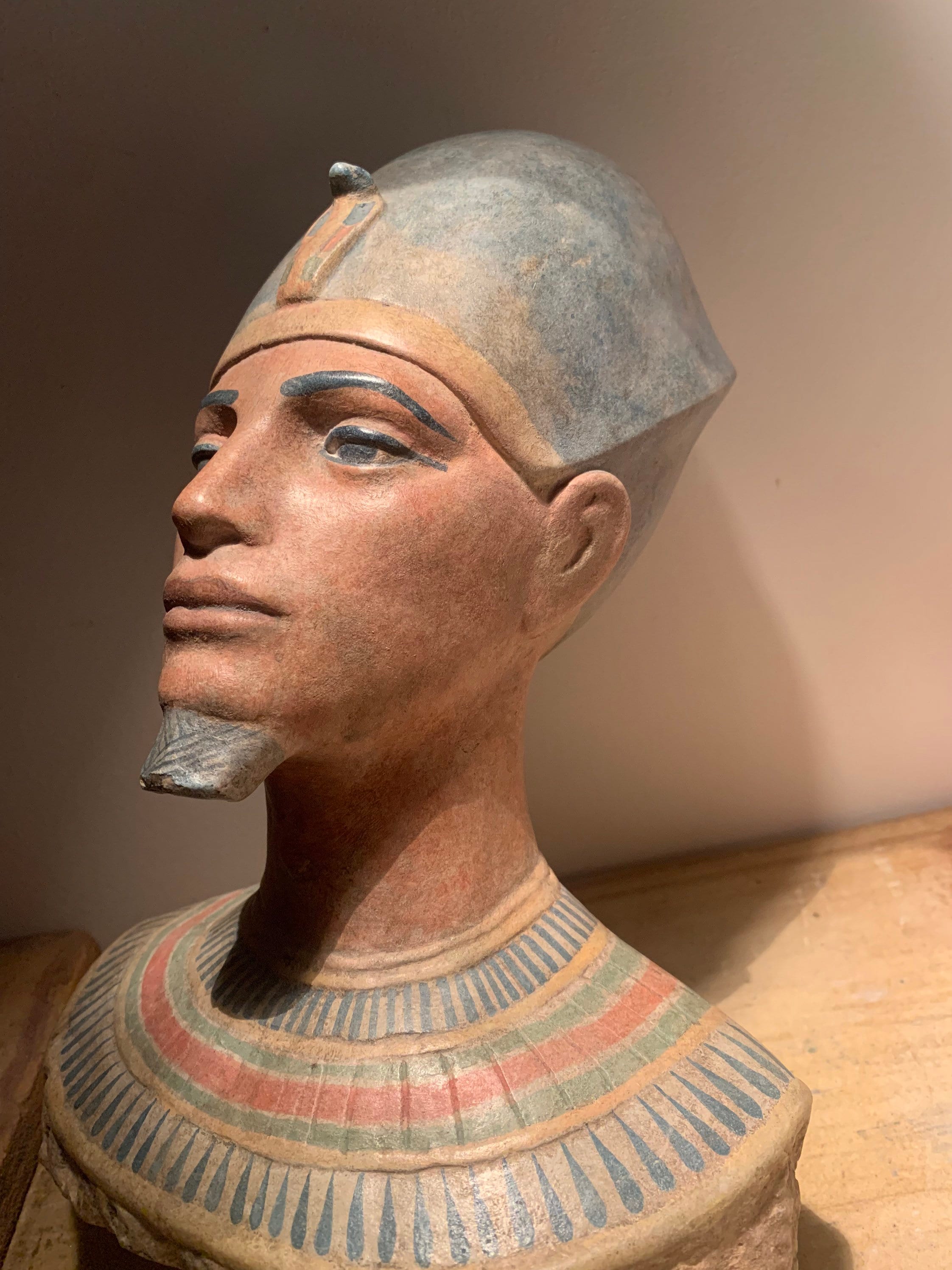 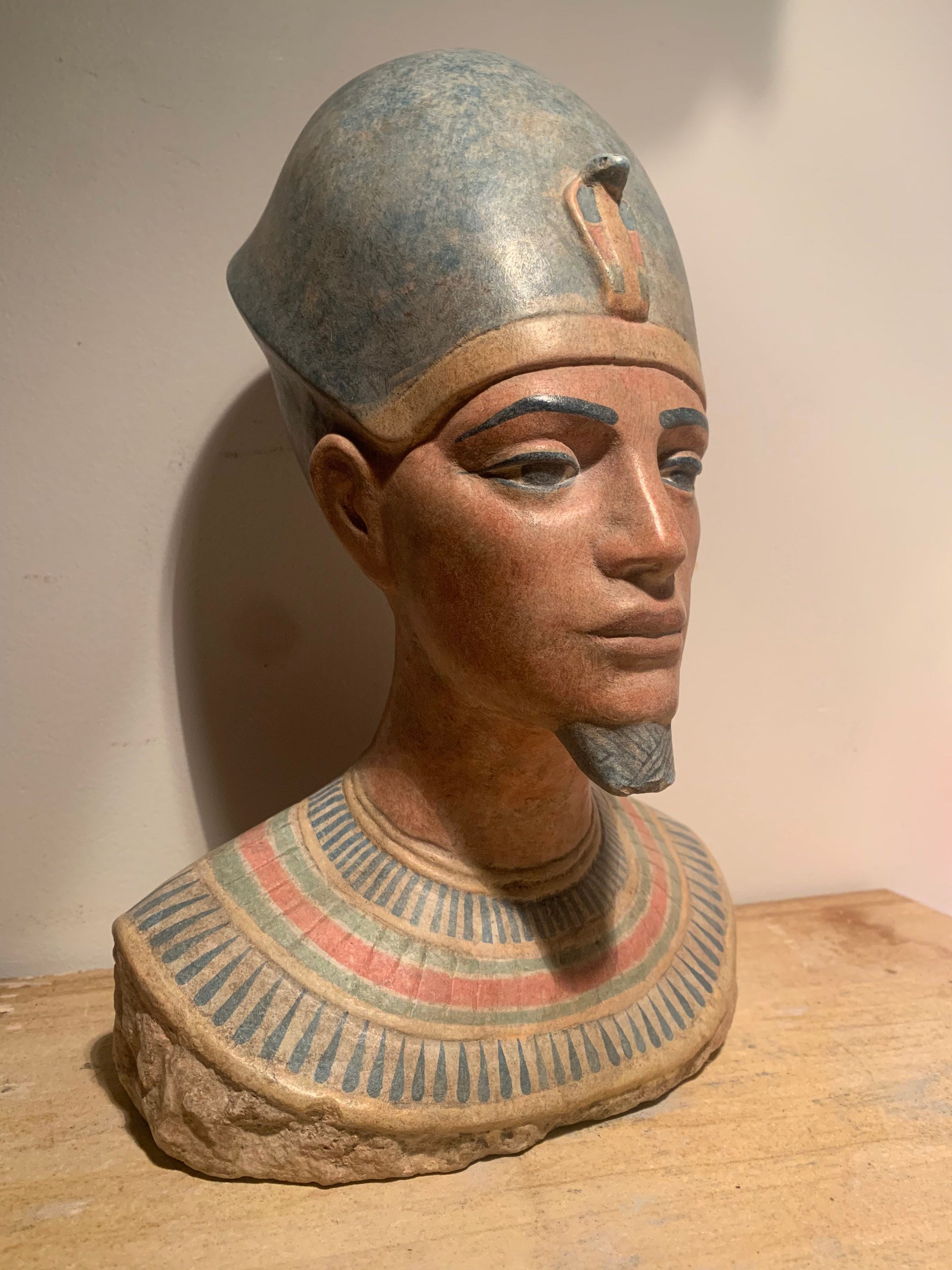 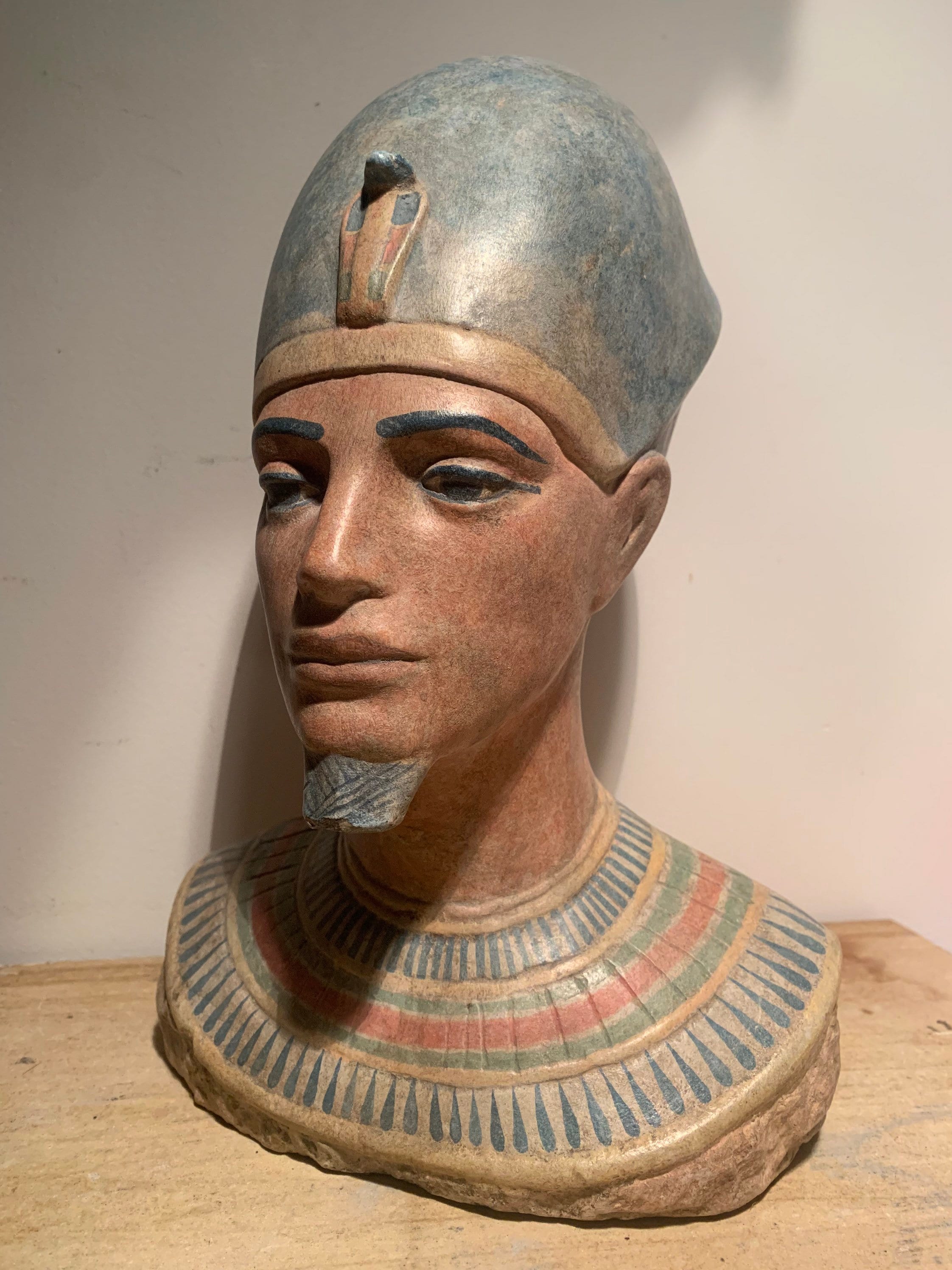 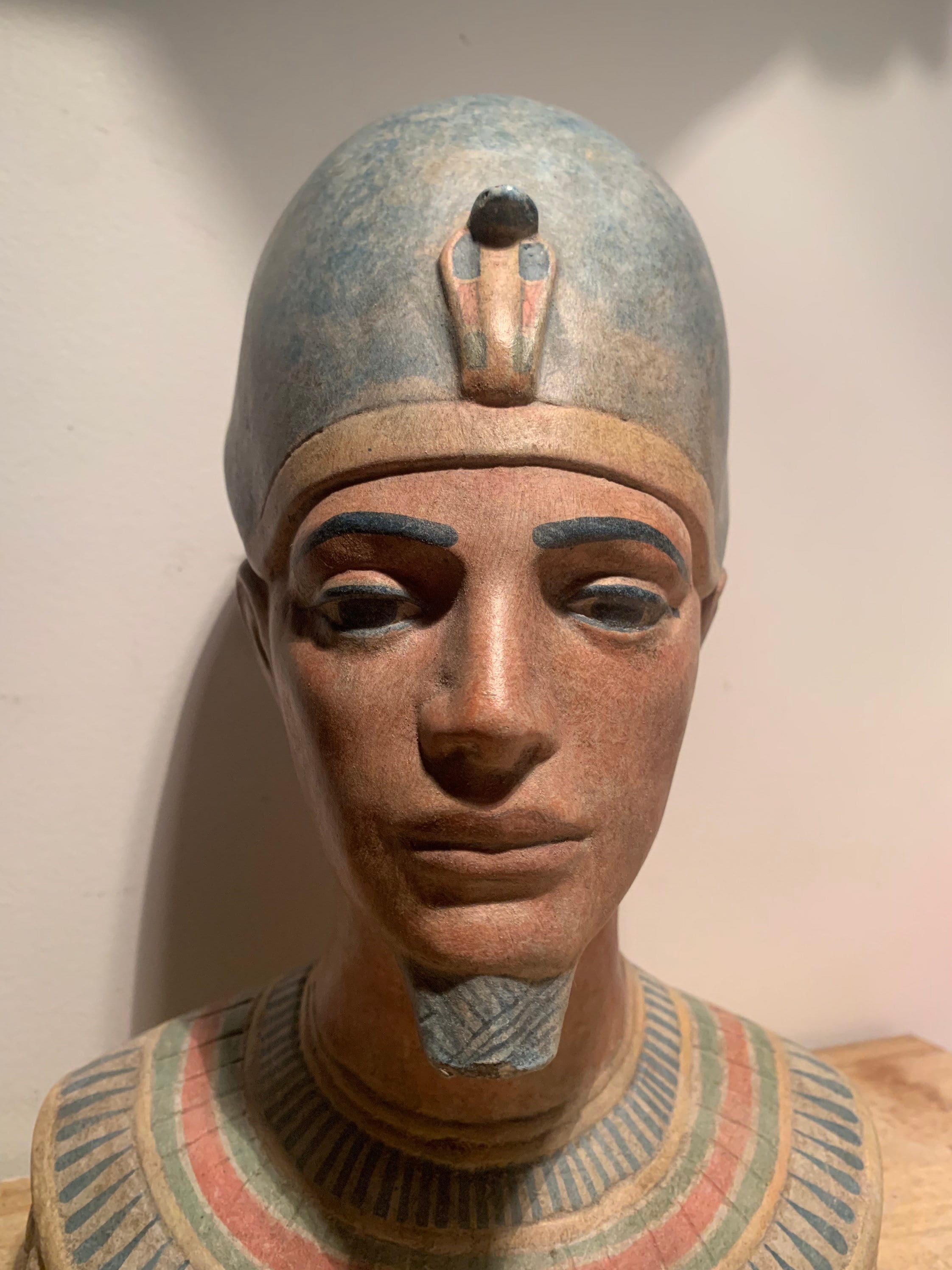 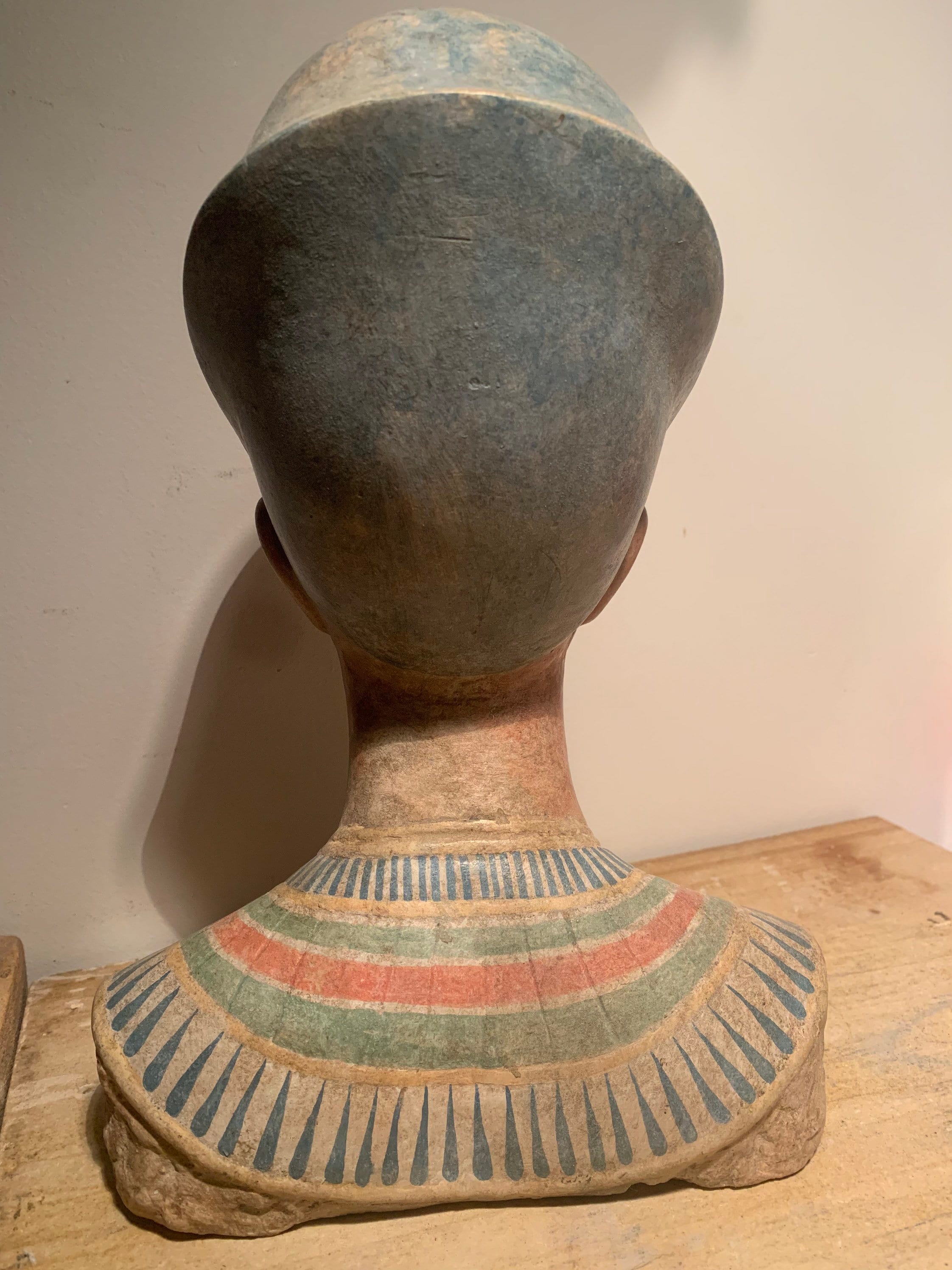 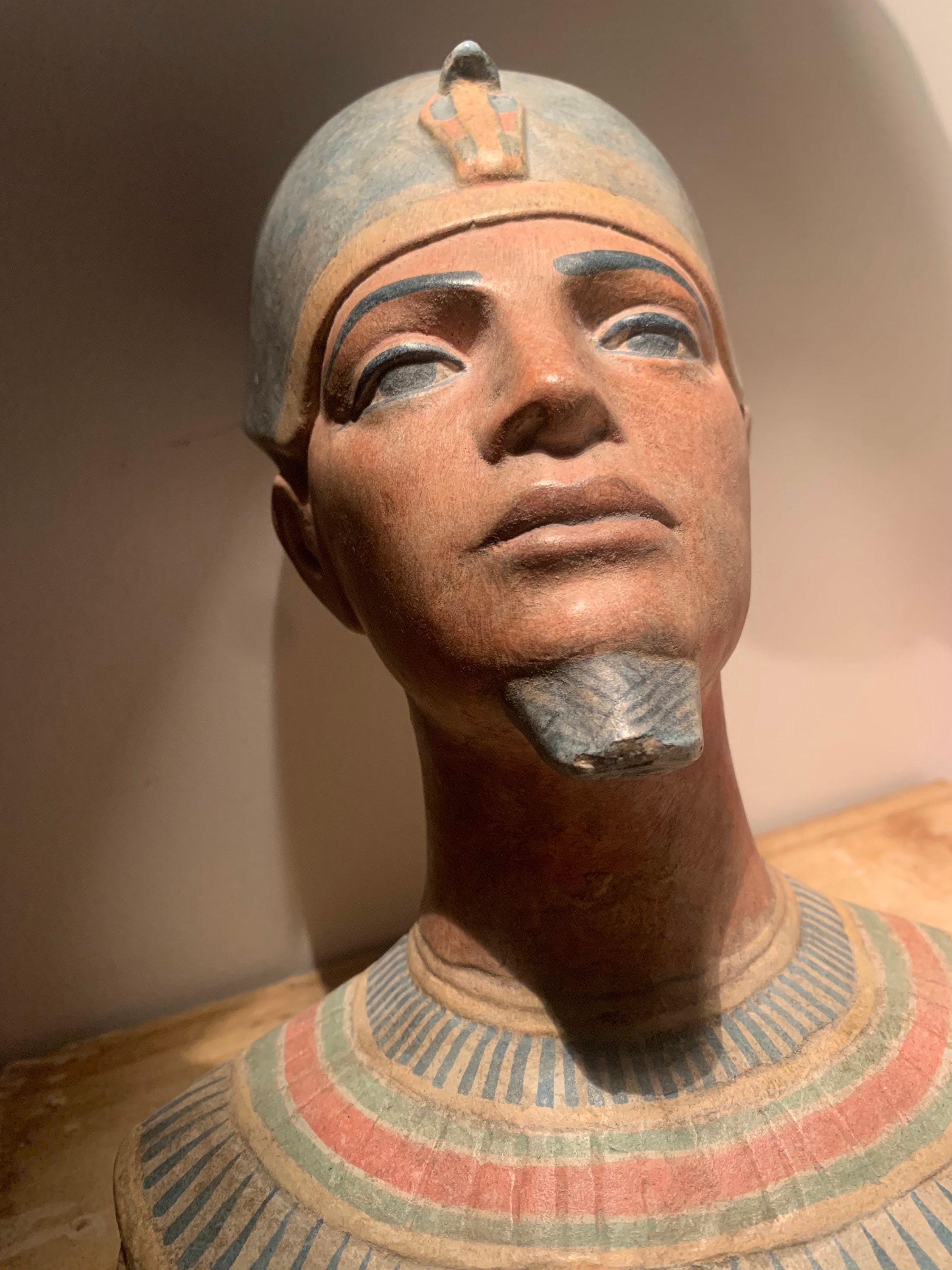 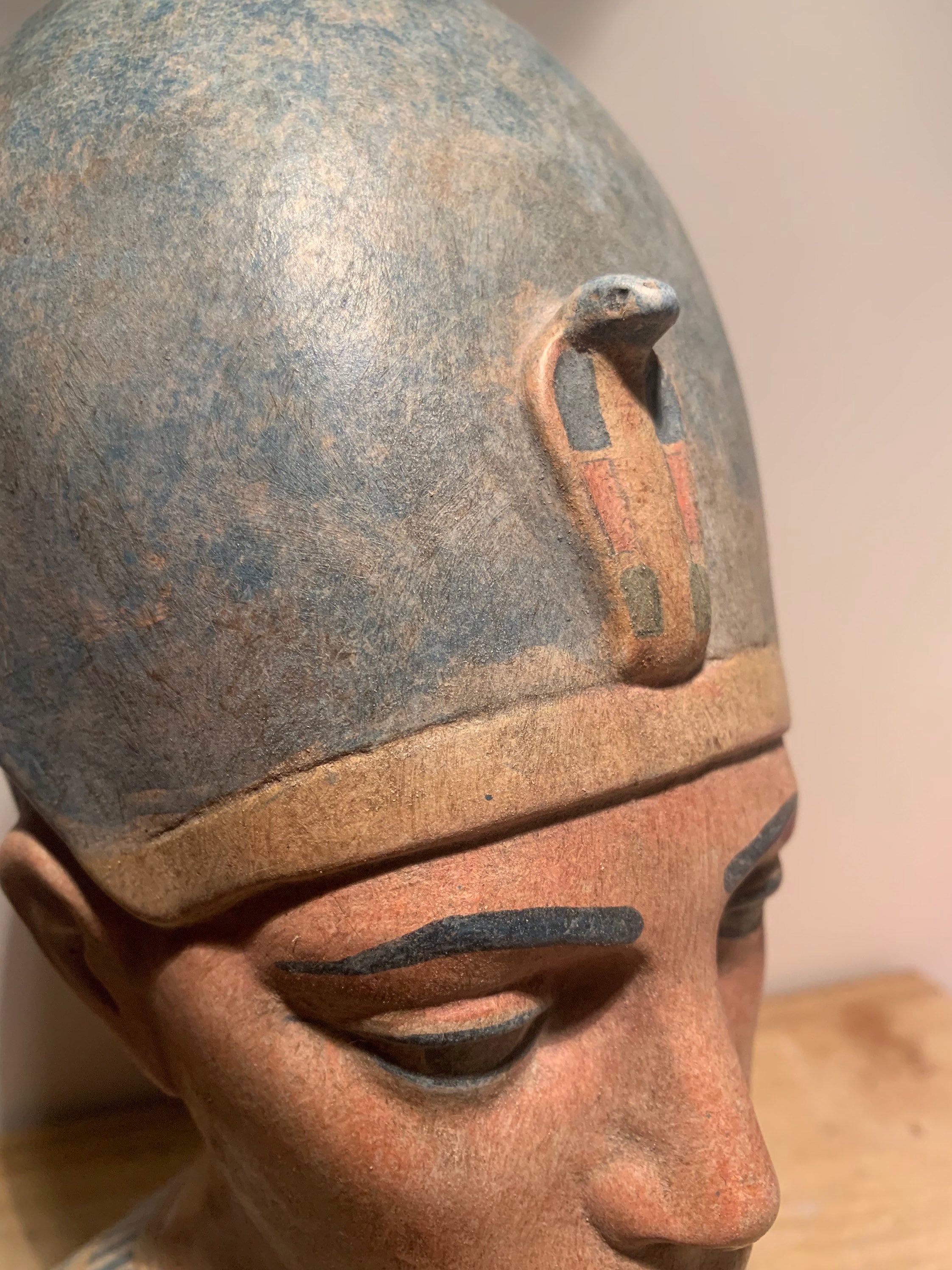 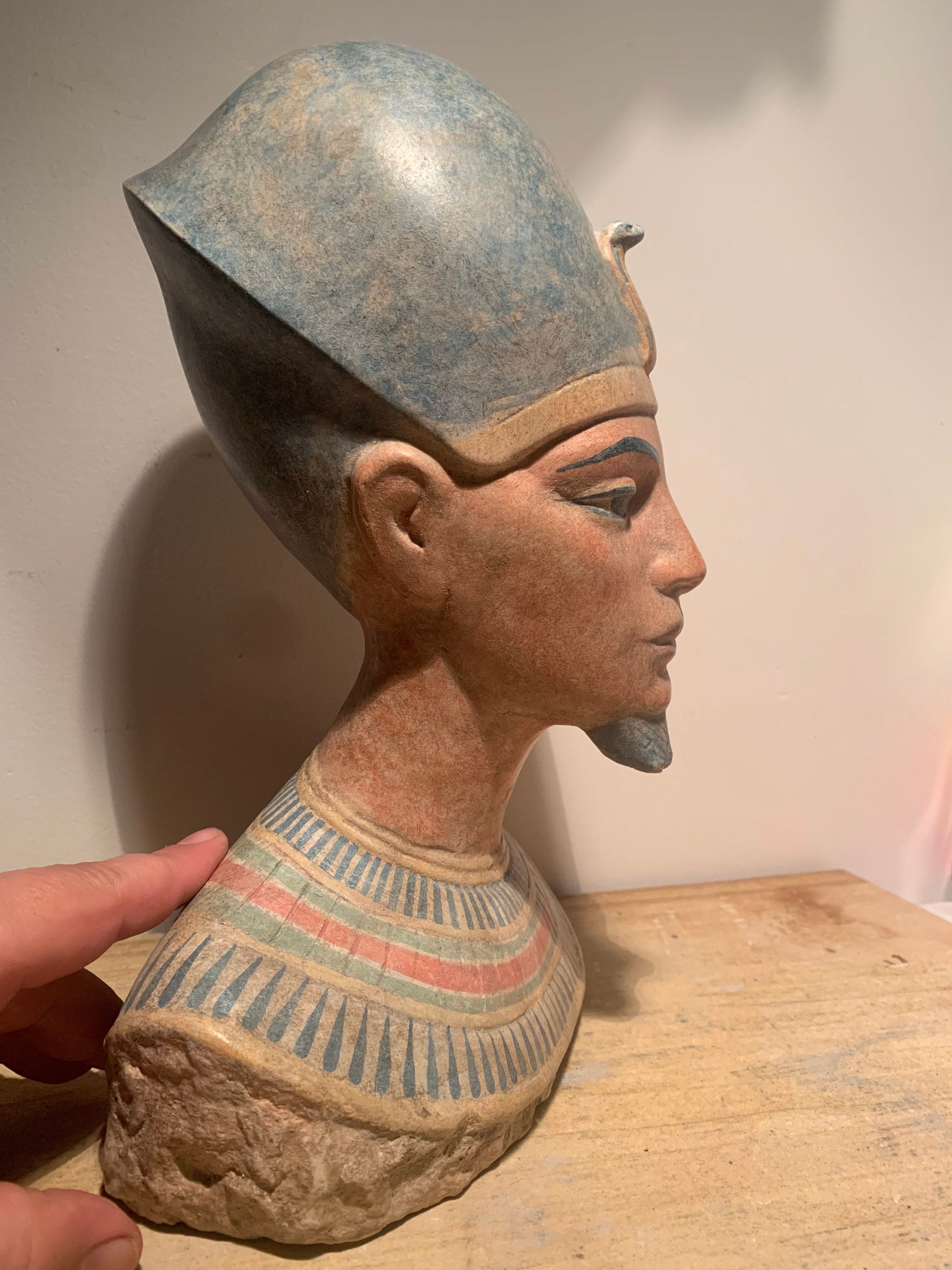 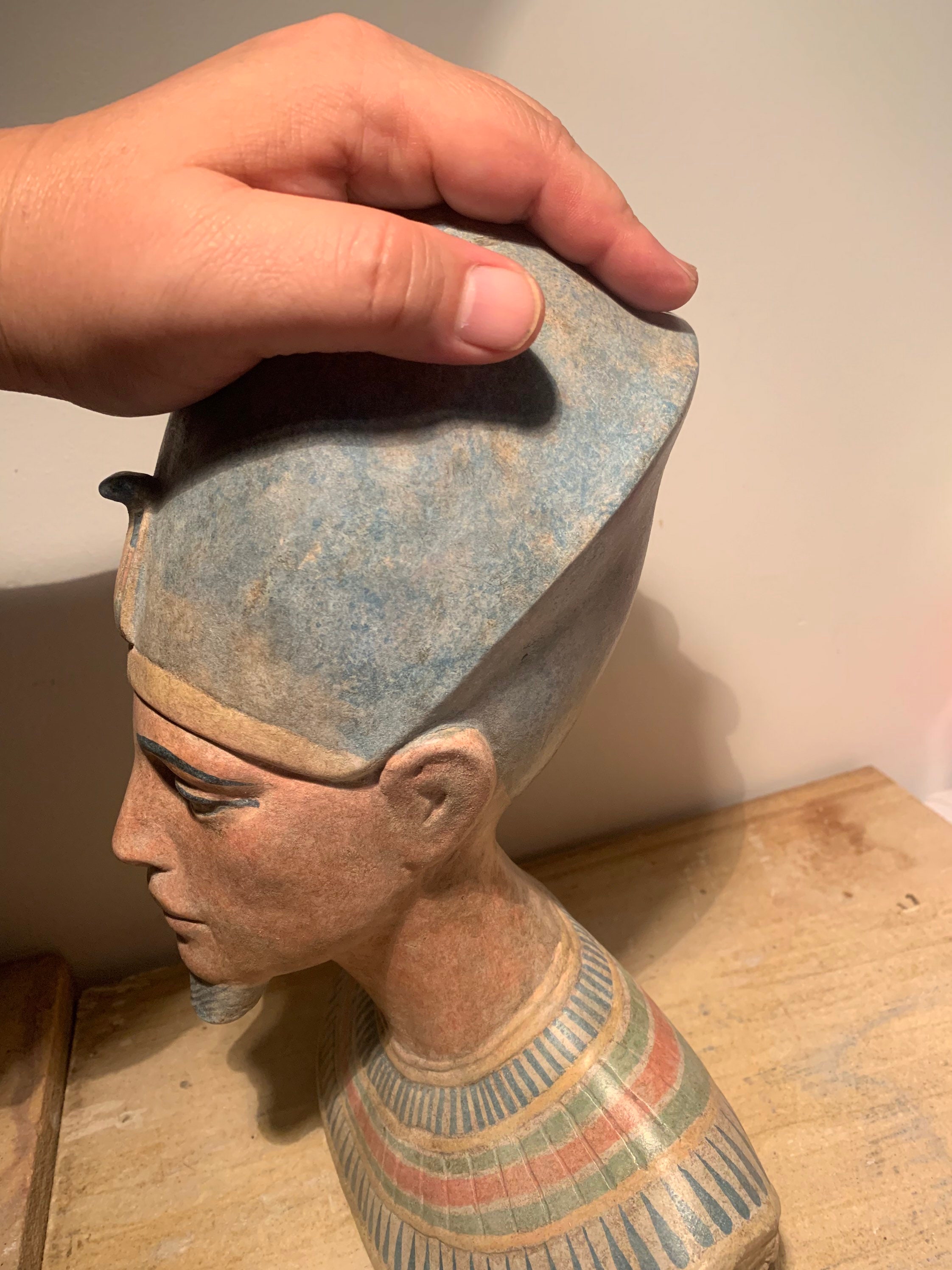 As I recommence dismantling my old mainland studio many past relics have been uncovered this week and are starting to filter into the store. This delightful and serene piece was made in 2010.

This is a very fine and rare depiction of the fourth Ramses / Ramesses of the 20th dynasty who succeeded the throne circa 1151 BCE. This Pharaoh only reigned for 6 short years but this was enough time to see his name surviving in various locations due to expeditions in his honour.
Inscriptions have been found at a host of mining destinations such as Serabit el- Khadim in the Sinai peninsula where turquoise was to be sourced for the manufacture of luxury items. His name even survived on stone tablets as far south as Nubia in the now sunken island fortress of Buhen.

Thus the short reign produced few statues and this piece is merely a trial study of the king wearing a war crown (Khepresh) and a broad collar. The royal cobra or uraeus rests on the brow as a symbol of protection.

Made of museum quality Temstone this piece has been aged in traditional earthy tones and has hand painted collar necklace details numbering well over a hundred individual bands. This takes considerable time to paint with a mixture of sizes to create a more realistic effect.

The crown is smooth and evenly sculpted and is so touchable you will not be able to resist seeing how the palm of your hand fits over it. Everyone who sees it and the similar Amenhotep III statue in the range, does this instinctively.