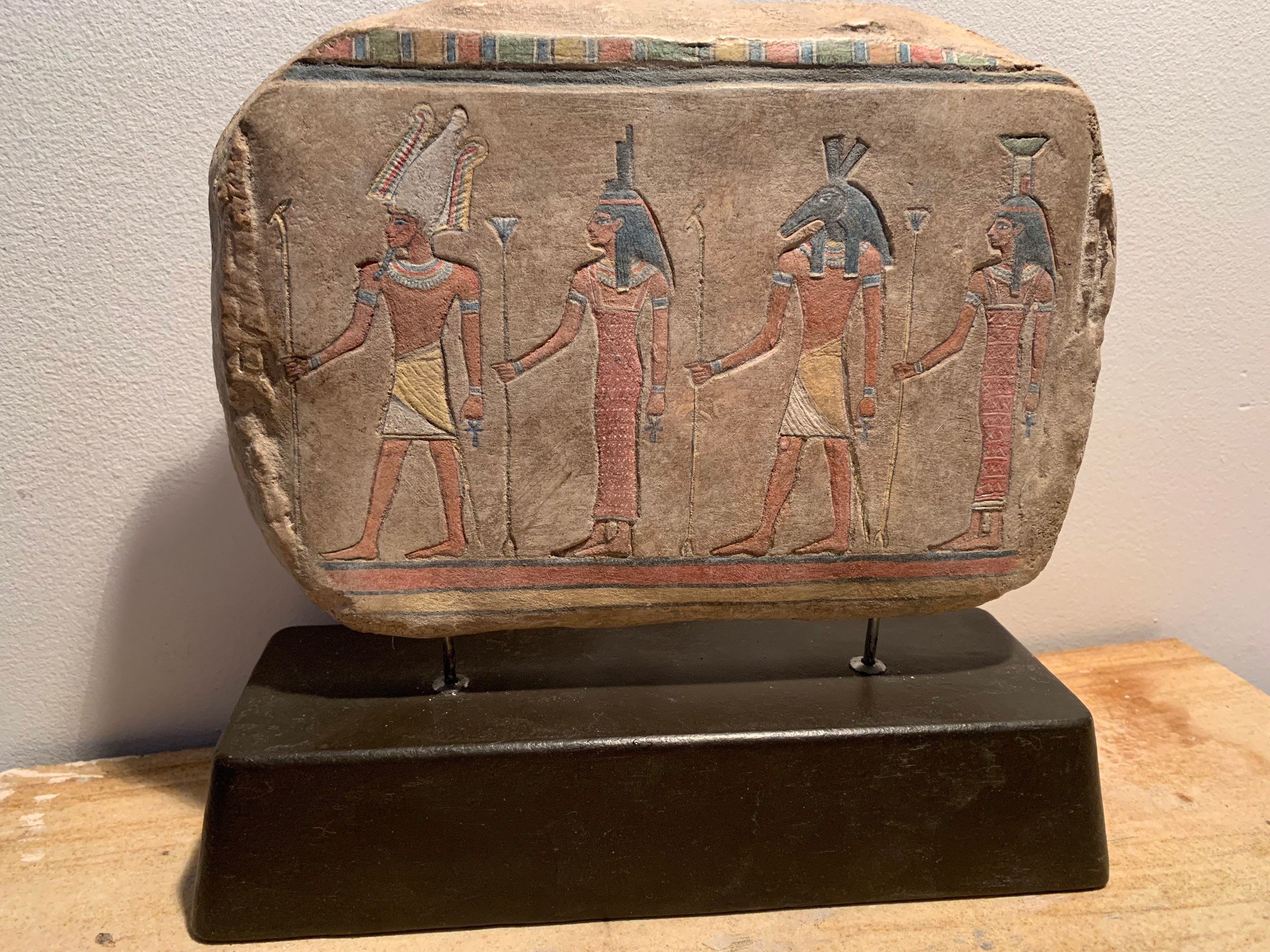 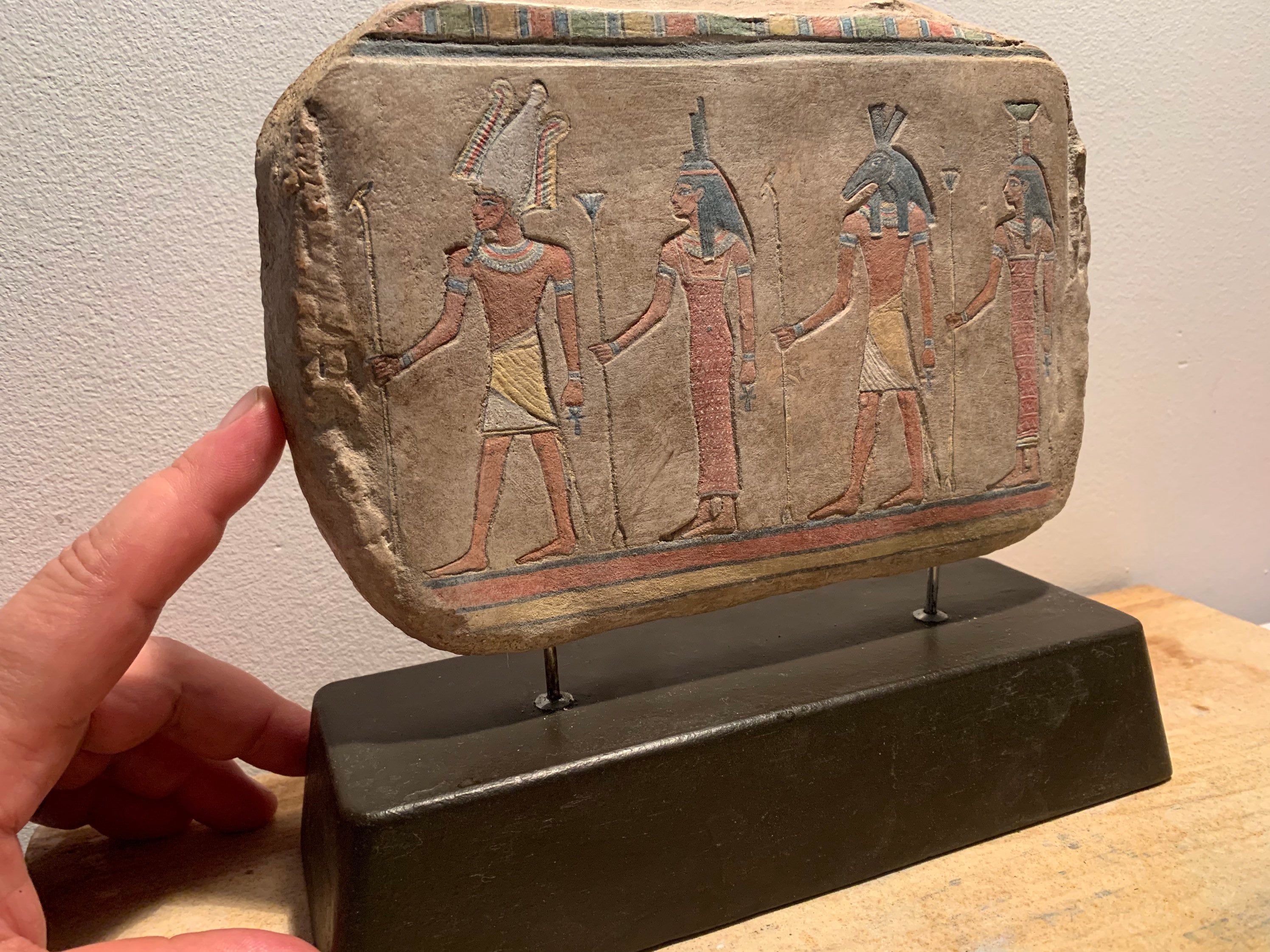 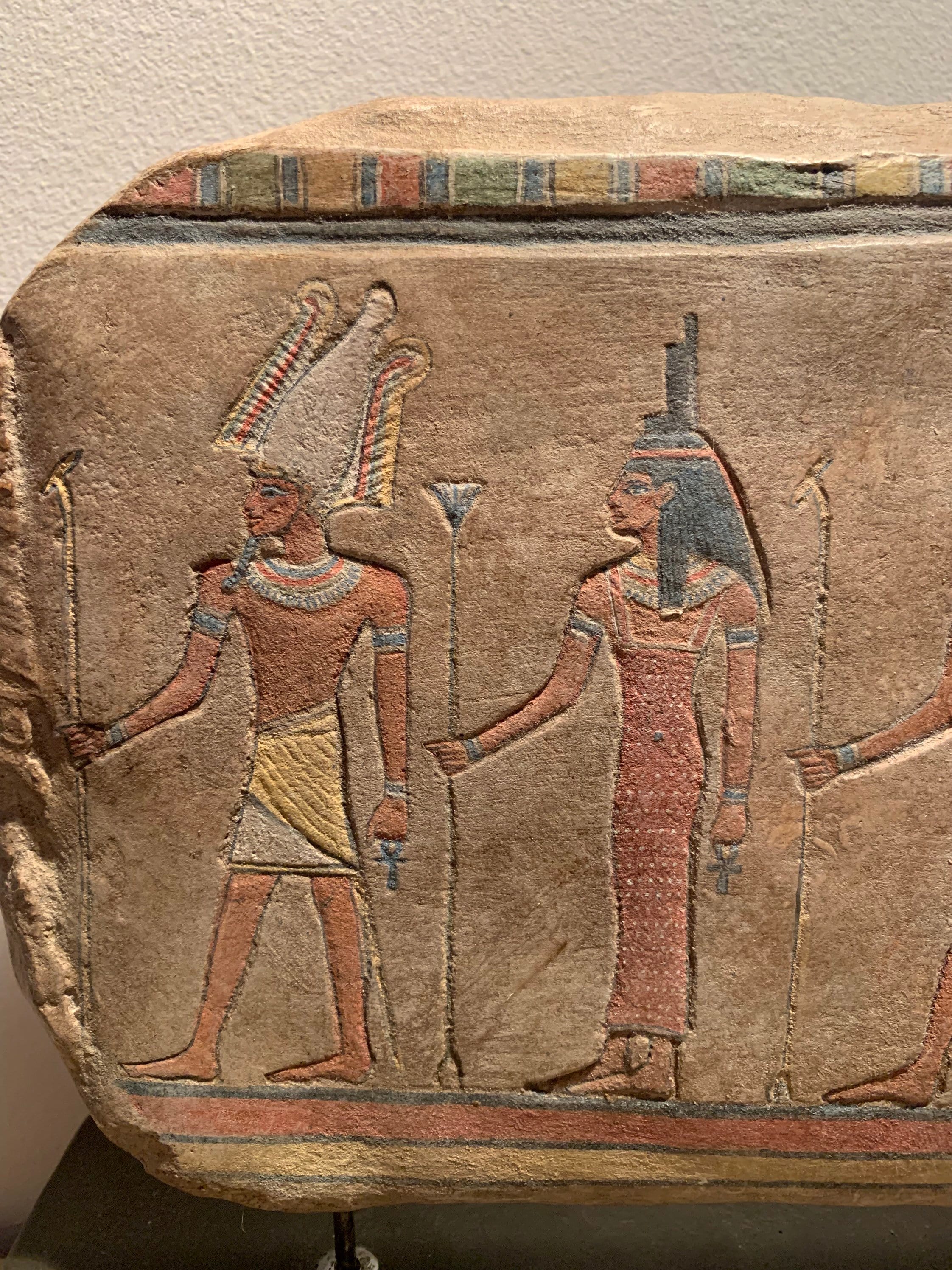 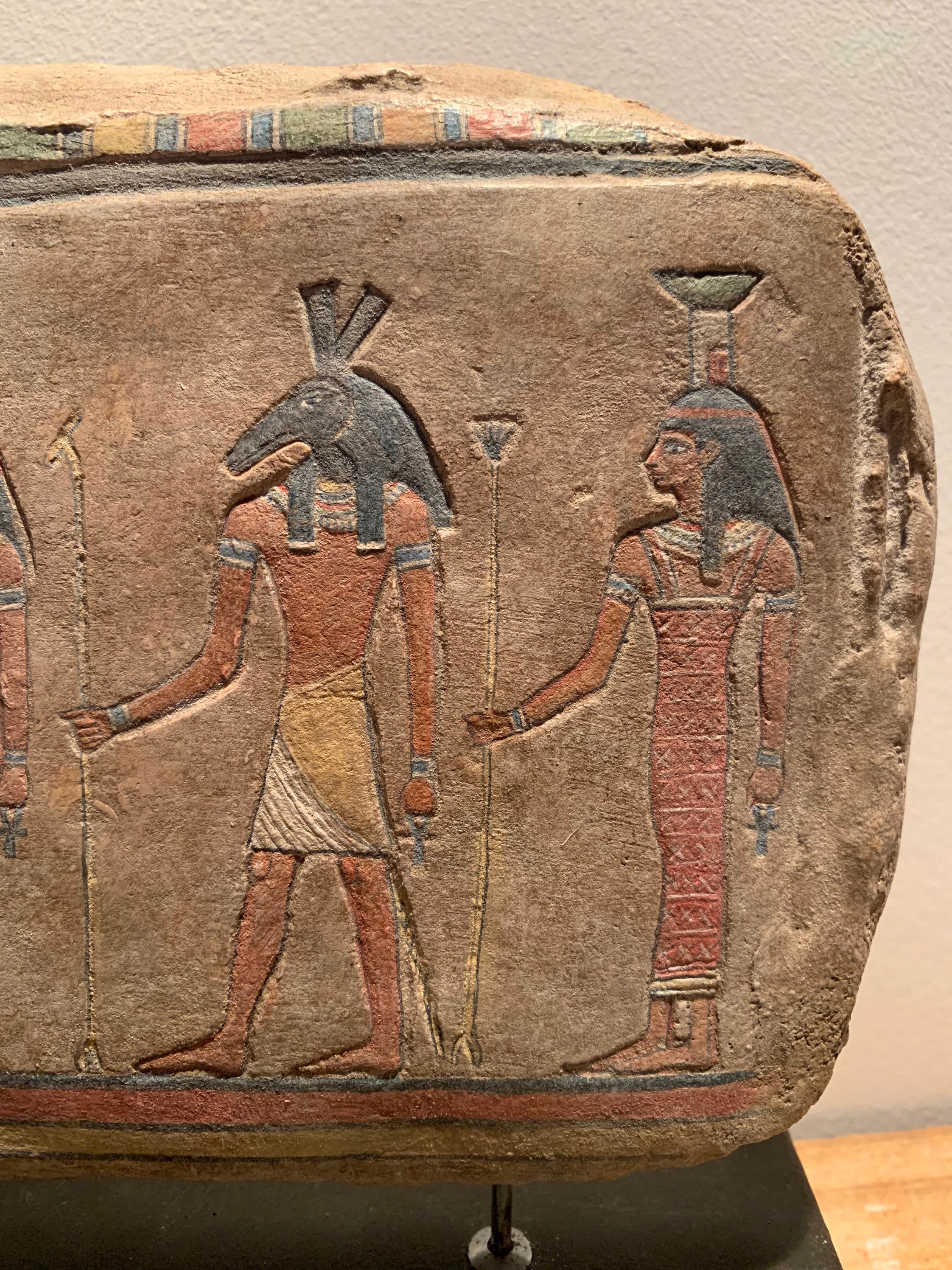 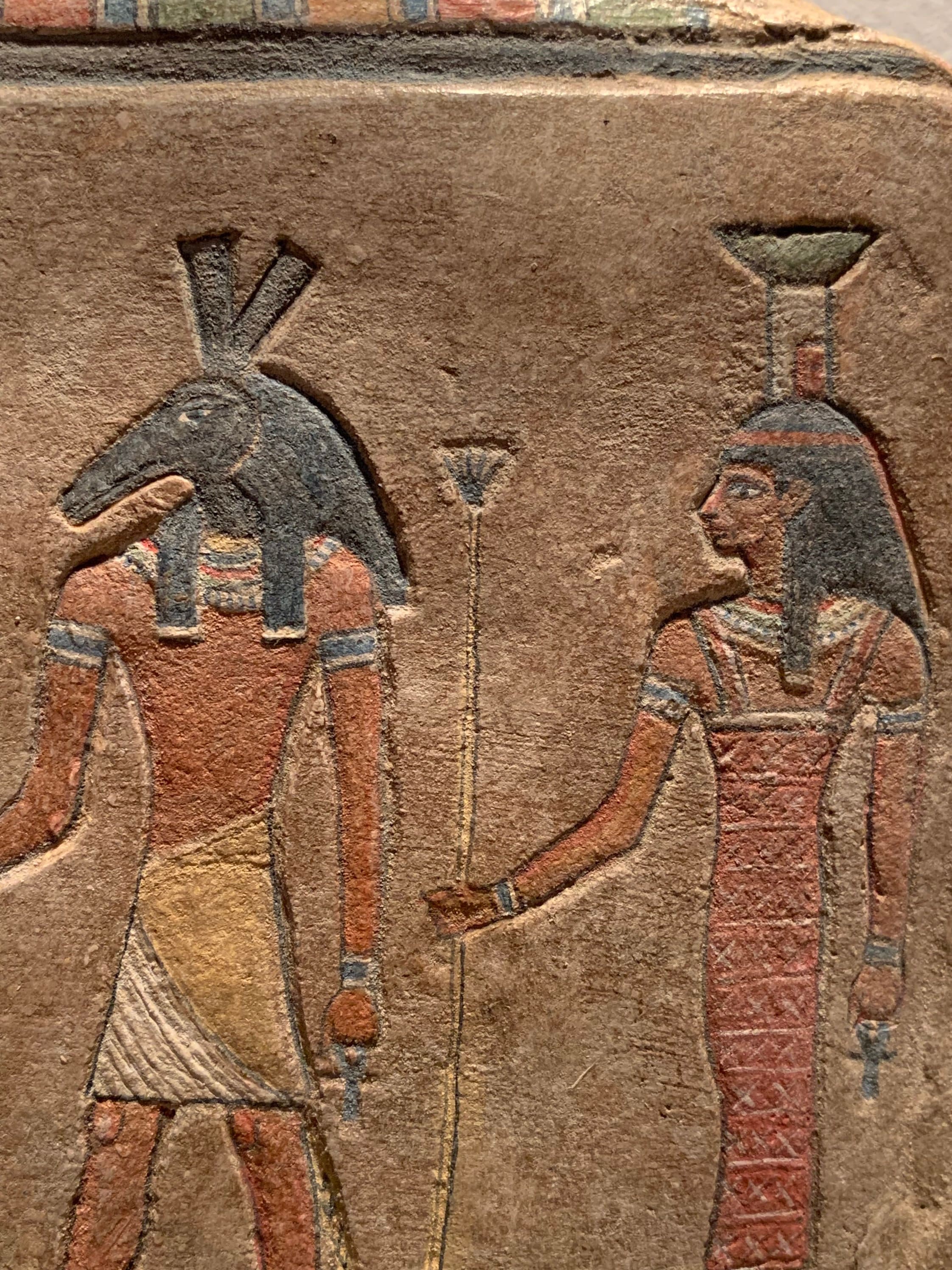 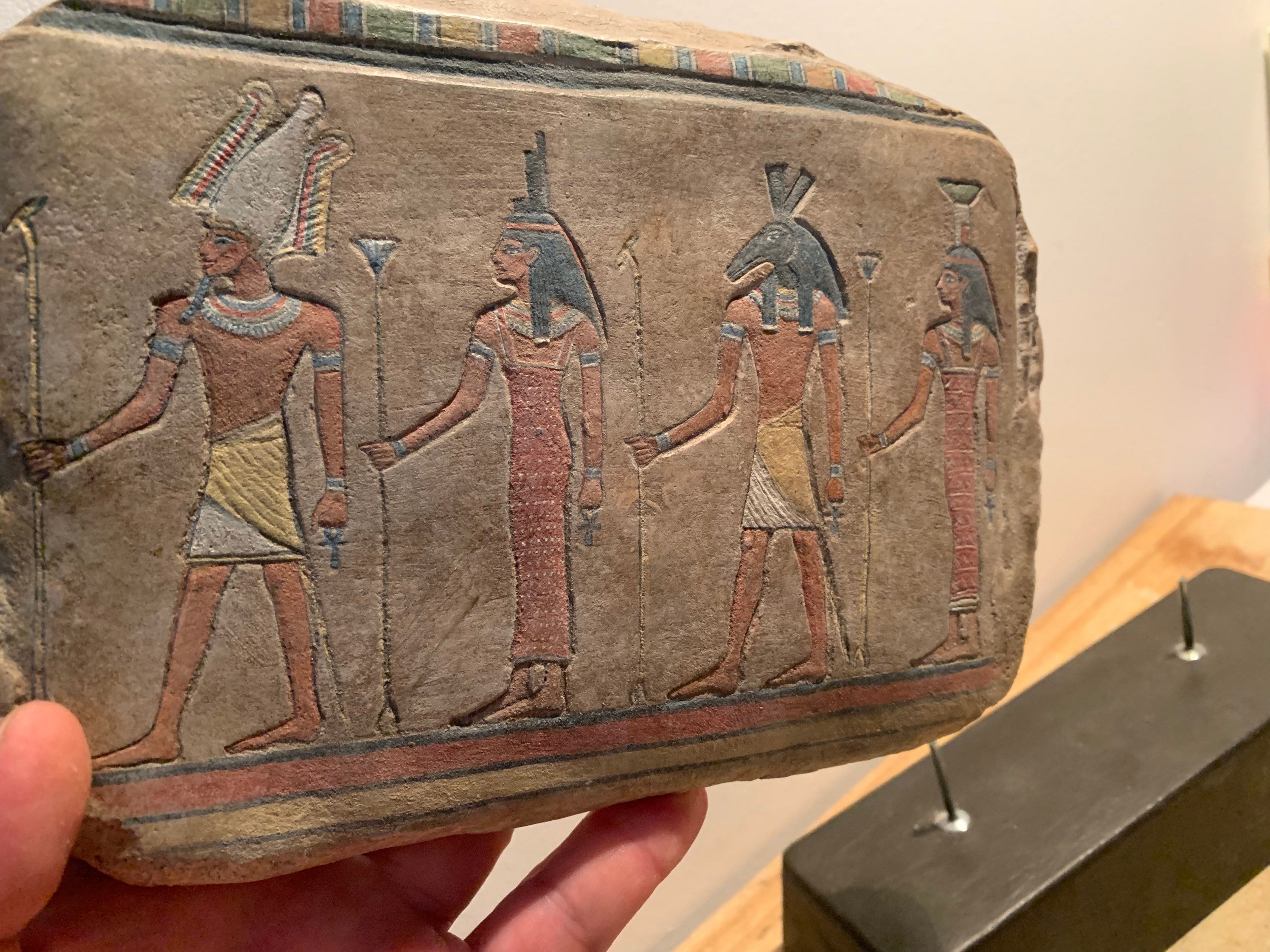 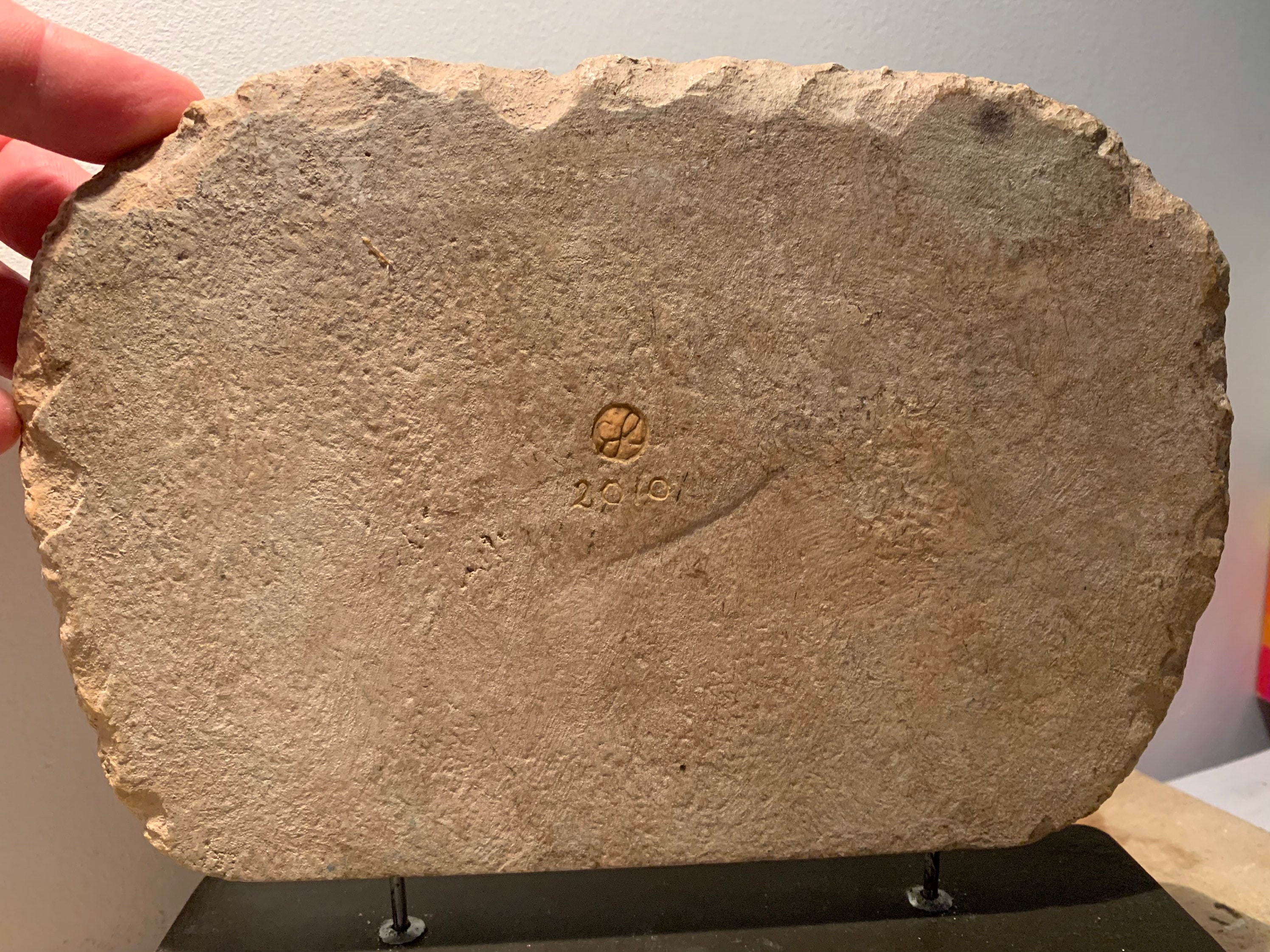 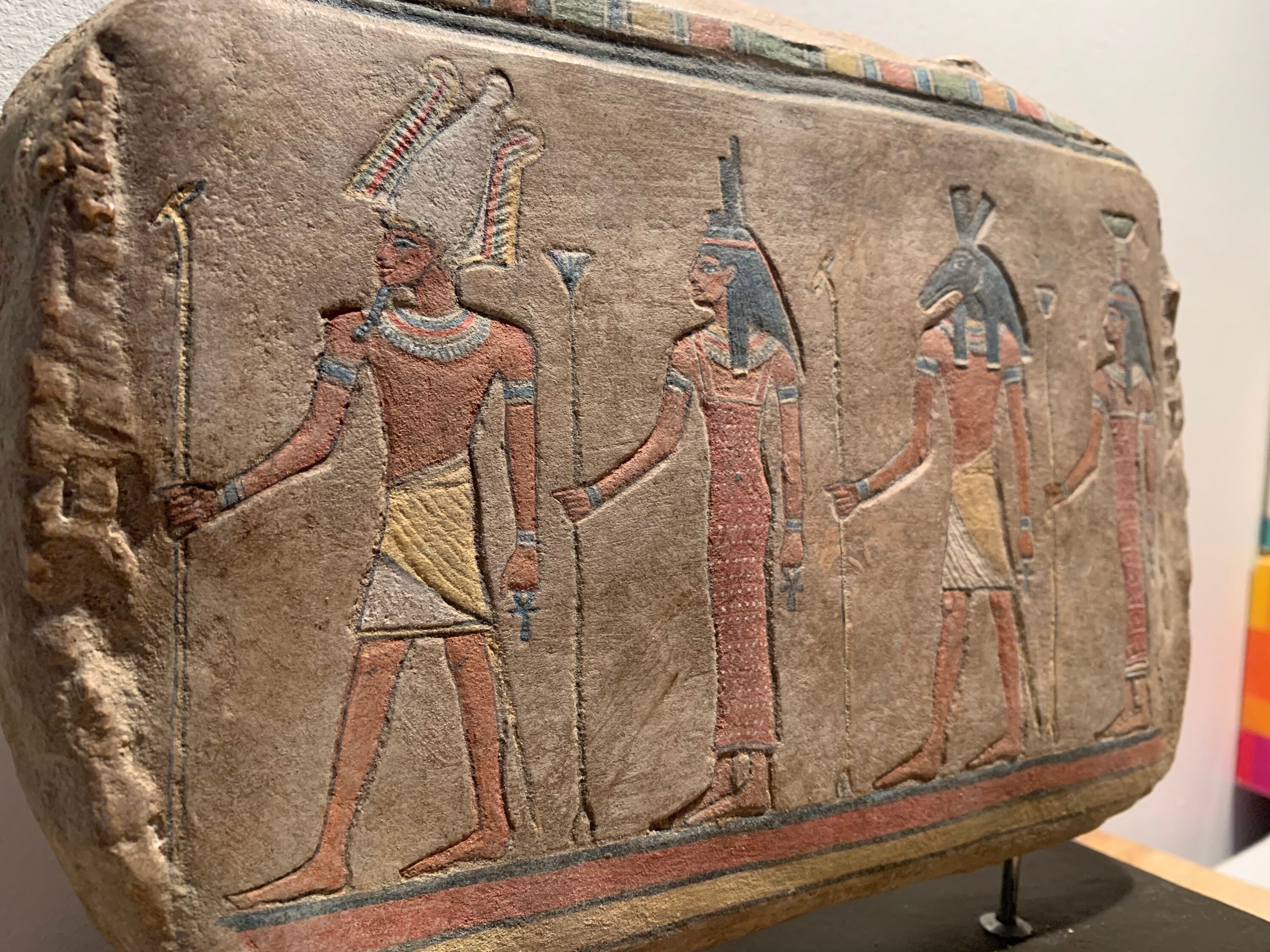 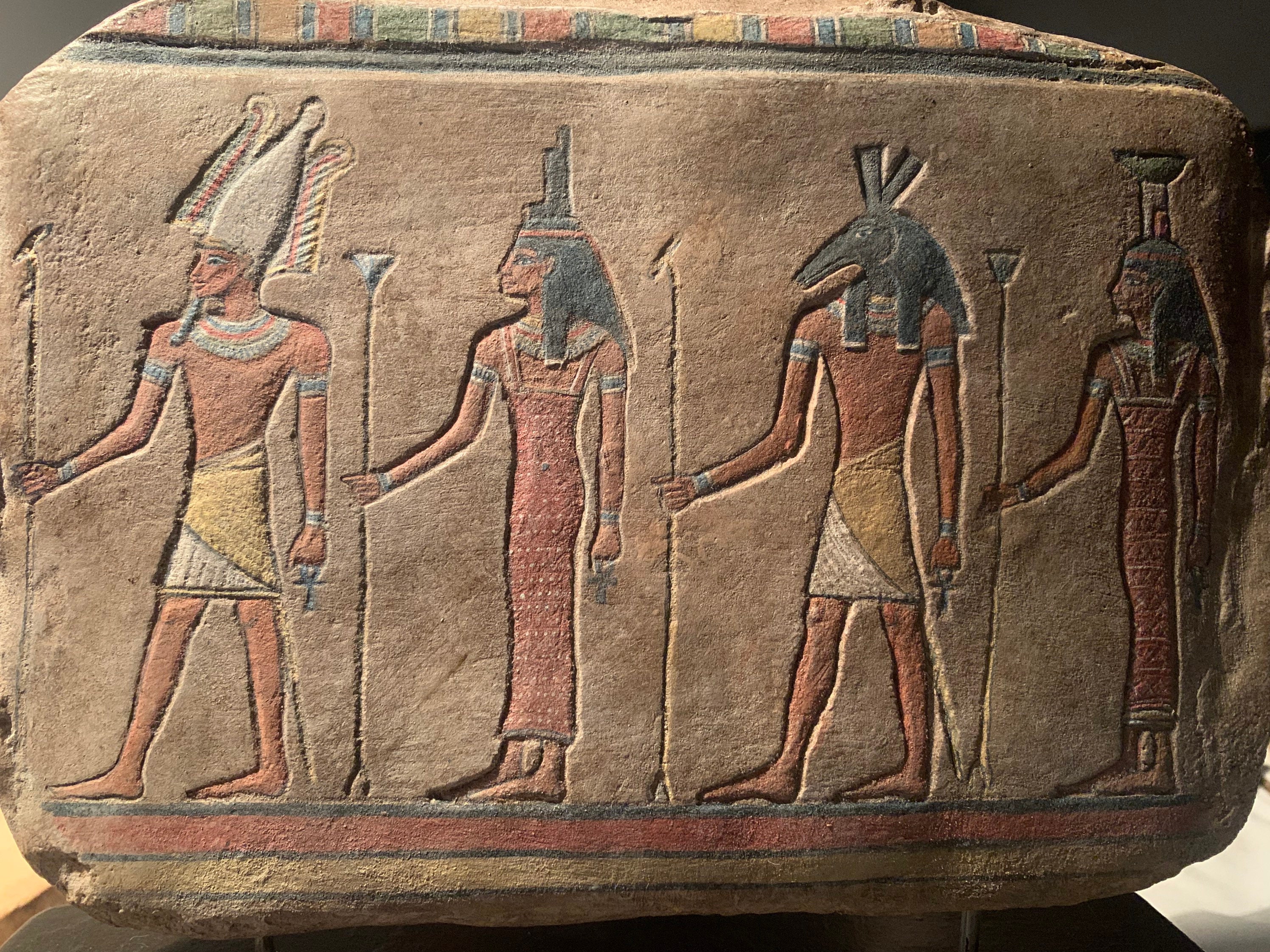 On offer here for the first time is a painted relief carving replica from 2010. I have found many relics in the past week as I clear yet another room in my decommissioned mainland studio. Other fabulous pieces will be making their way to the store over the coming days and like this one, won’t be available again for some time…..if ever.

Made of a limestone and quartzite composition stone, it has been mounted on a substantial felt based stand.

Featuring the gods Osiris, Isis, Seth and Nepthys all holding Was / Wass sceptres in a unified parade prior to the chaos that would ensue.
This is a rare depiction to see them altogether in a somewhat harmonious group for Seth was the jealous brother of Osiris. Osiris was the god of vegetation and agriculture while Seth presided over storms and the parched desert. Their troubled relationship would lead to Osiris being murdered by Seth and avenged by his son Horus in a perpetual battle of good and evil - order and chaos. An Egyptian form of Yin and Yang.

The goddess Isis was one of the most beloved of deities surviving well into the Roman period. Unfortunately her beautiful name has been tarnished by modern negative forces but in no way should this detract from appreciating the levels of devotion the culture of ancient Egypt lavished upon her. The output of art, architecture and text that she inspired will be her lasting legacy.
Her sister Nepthys often joined with Isis to offer protection to the mummified body of Osiris laying on a bed. Each goddess facing each other at the ends of the bed, standing with or without wings unfurled or kneeling holding Shen symbols.