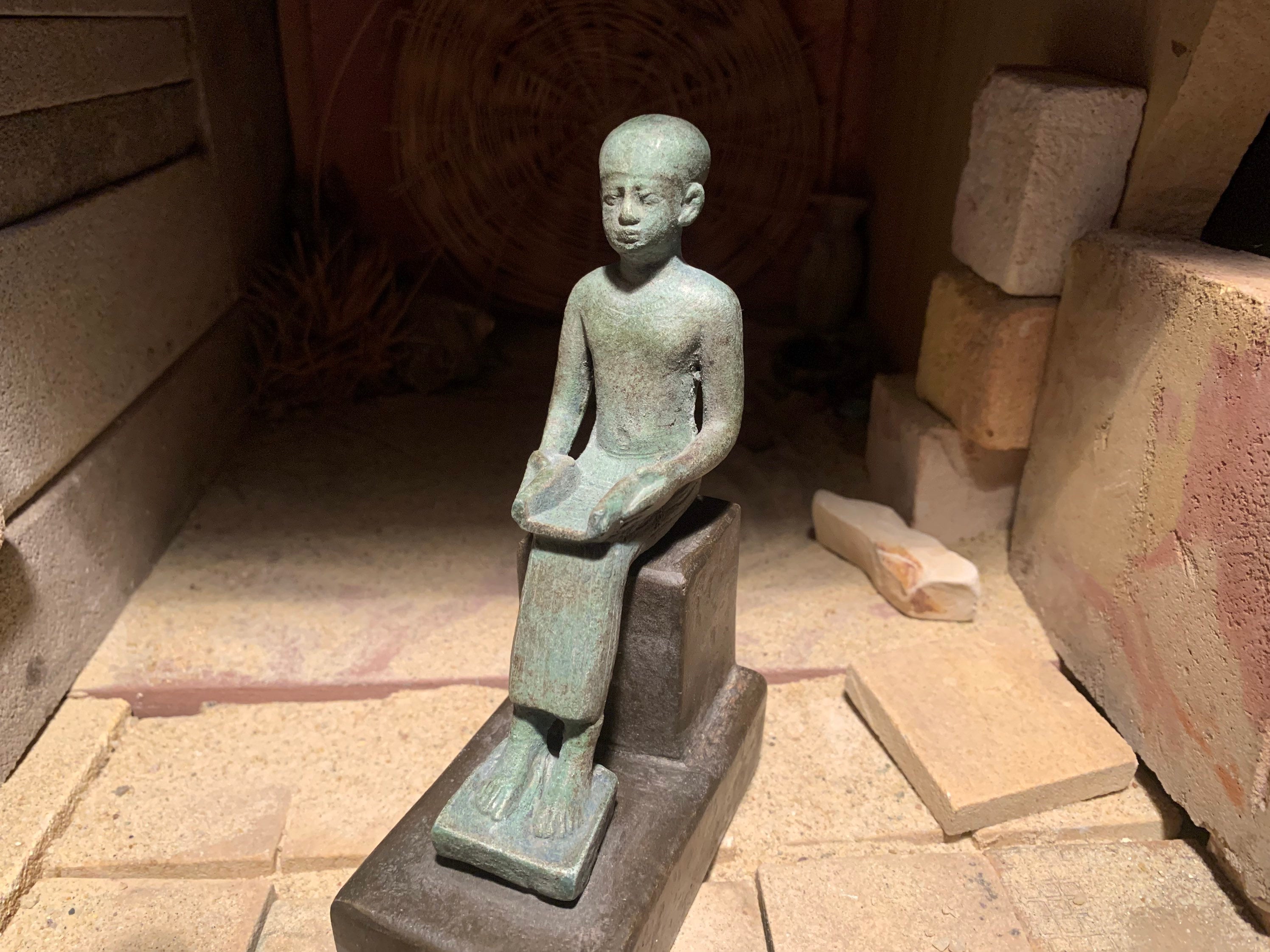 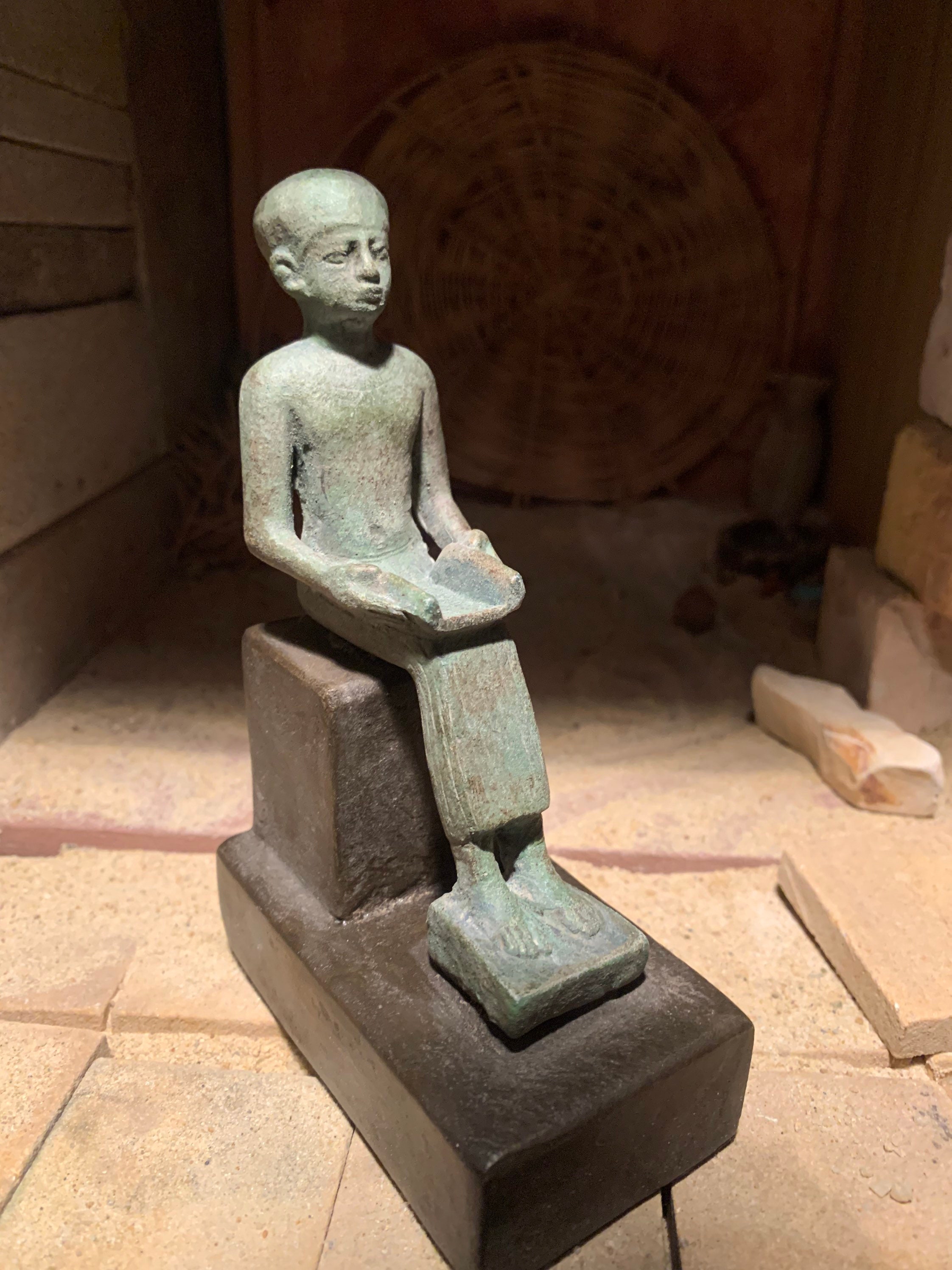 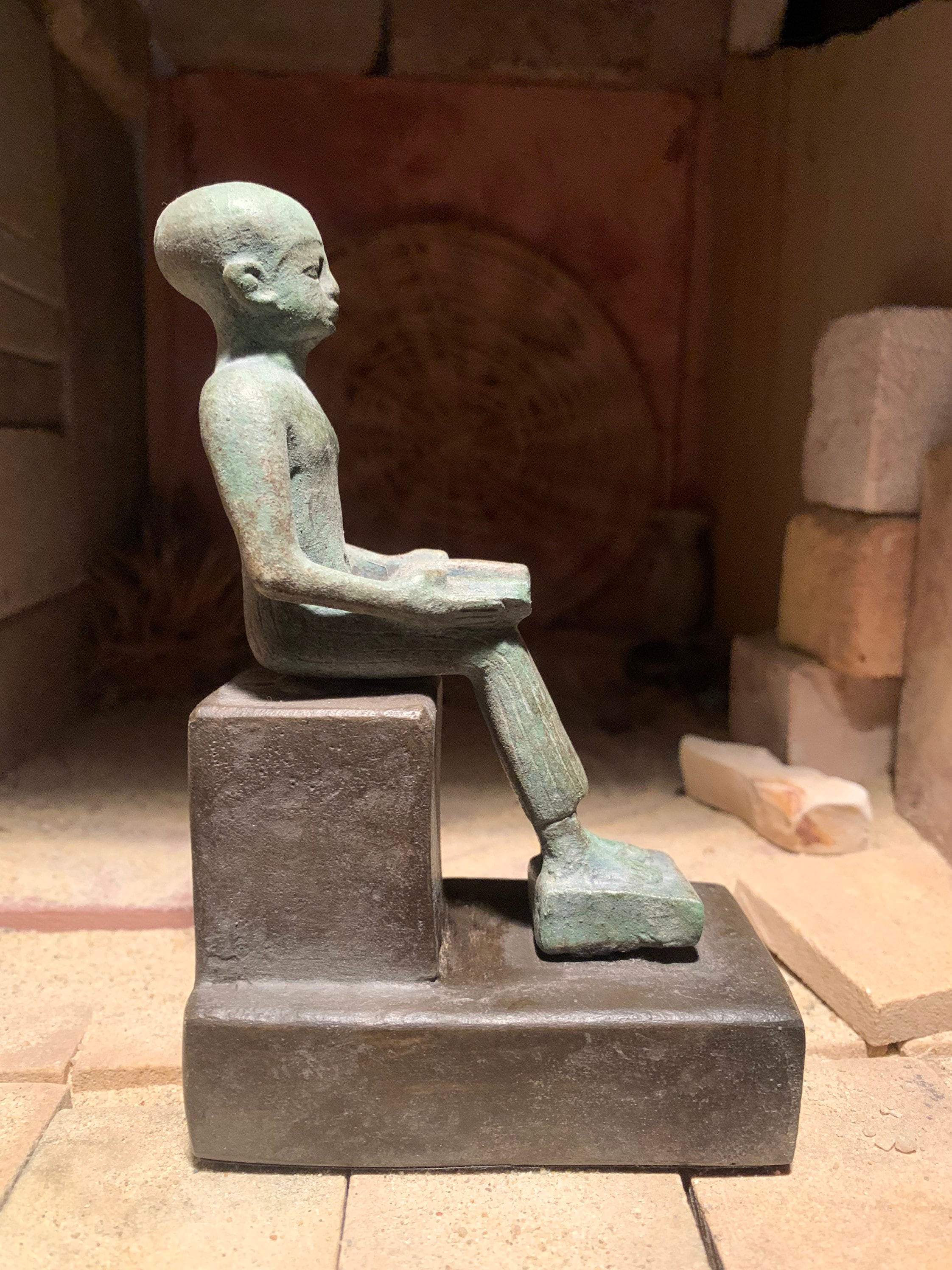 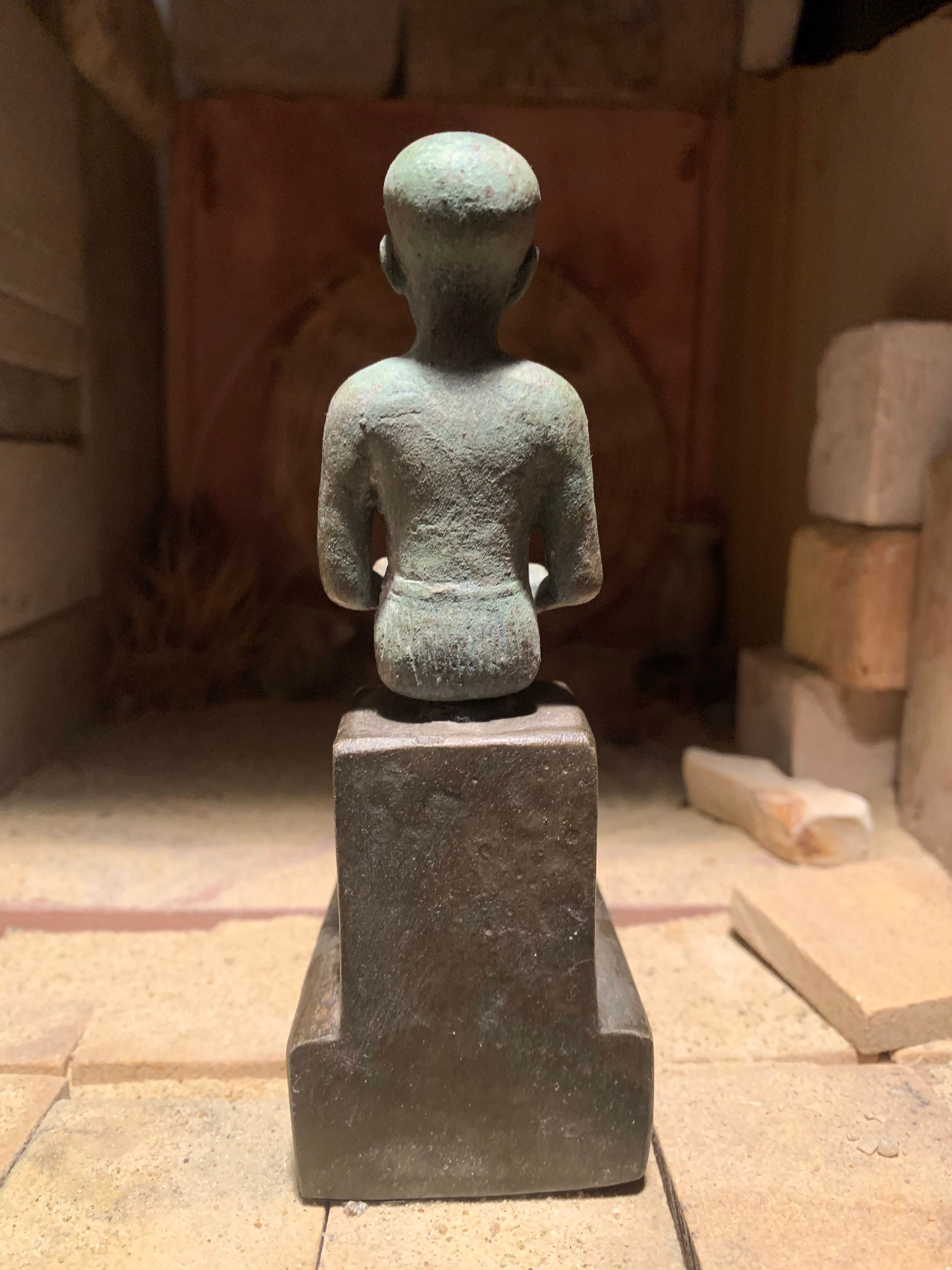 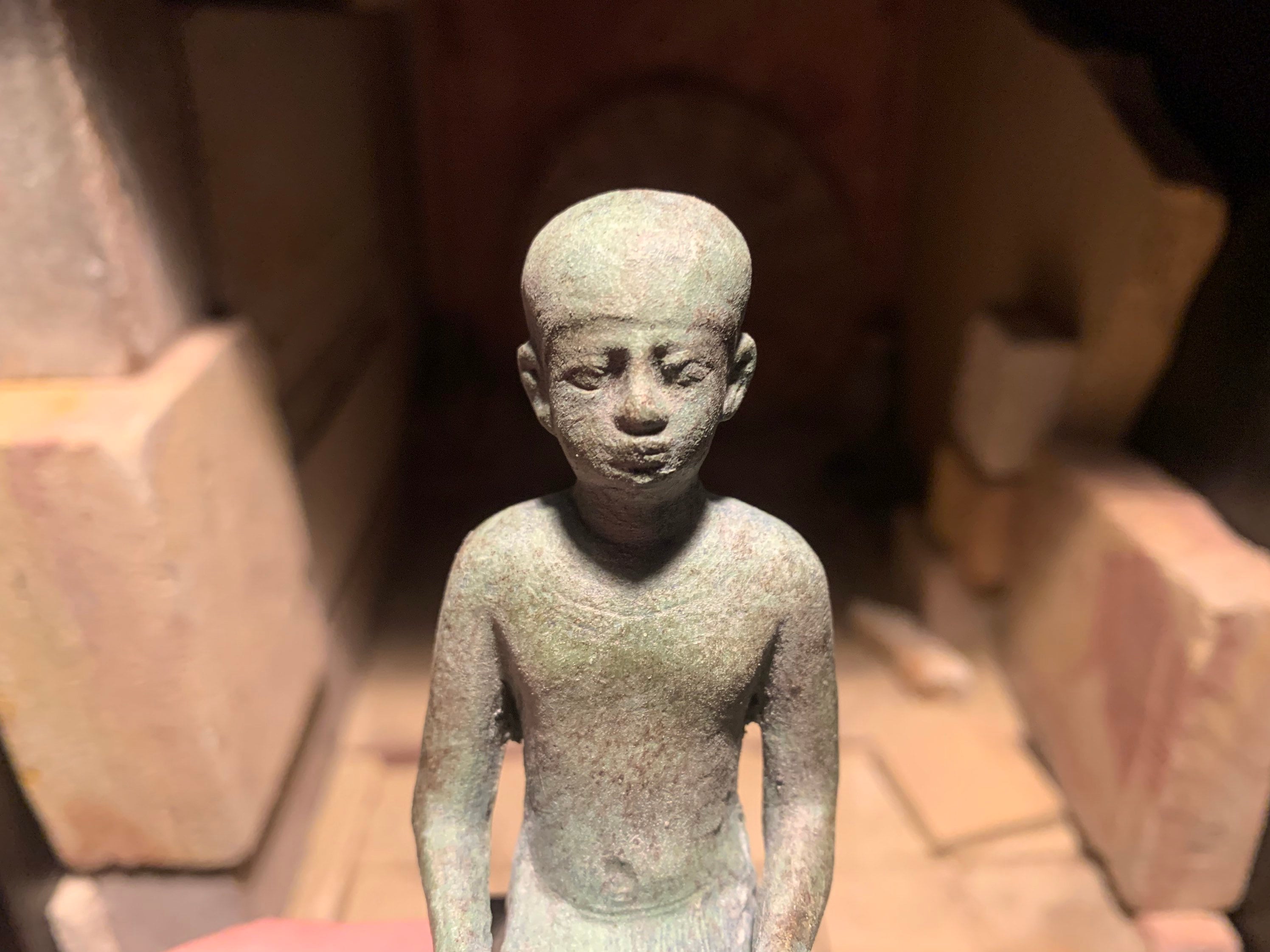 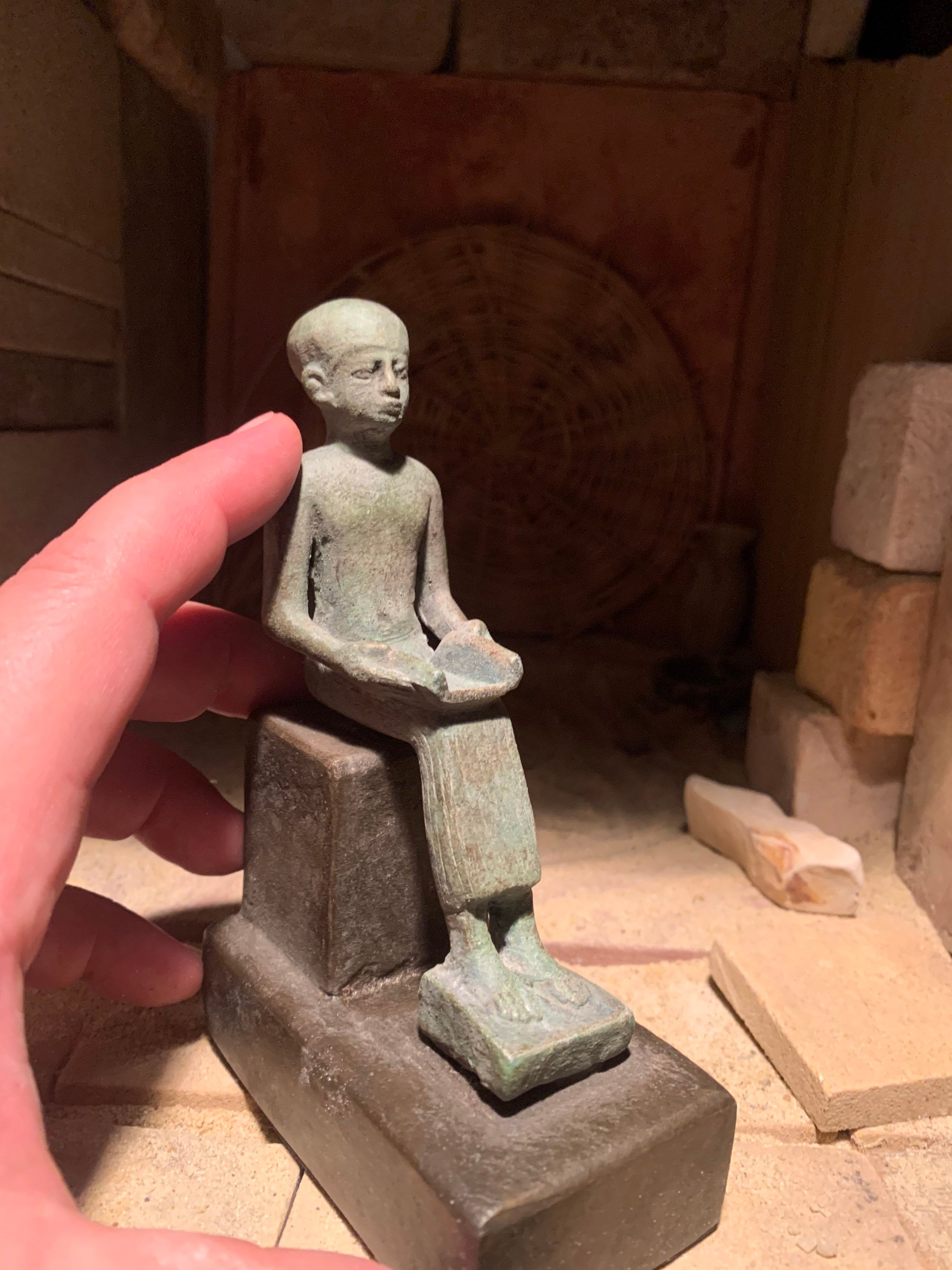 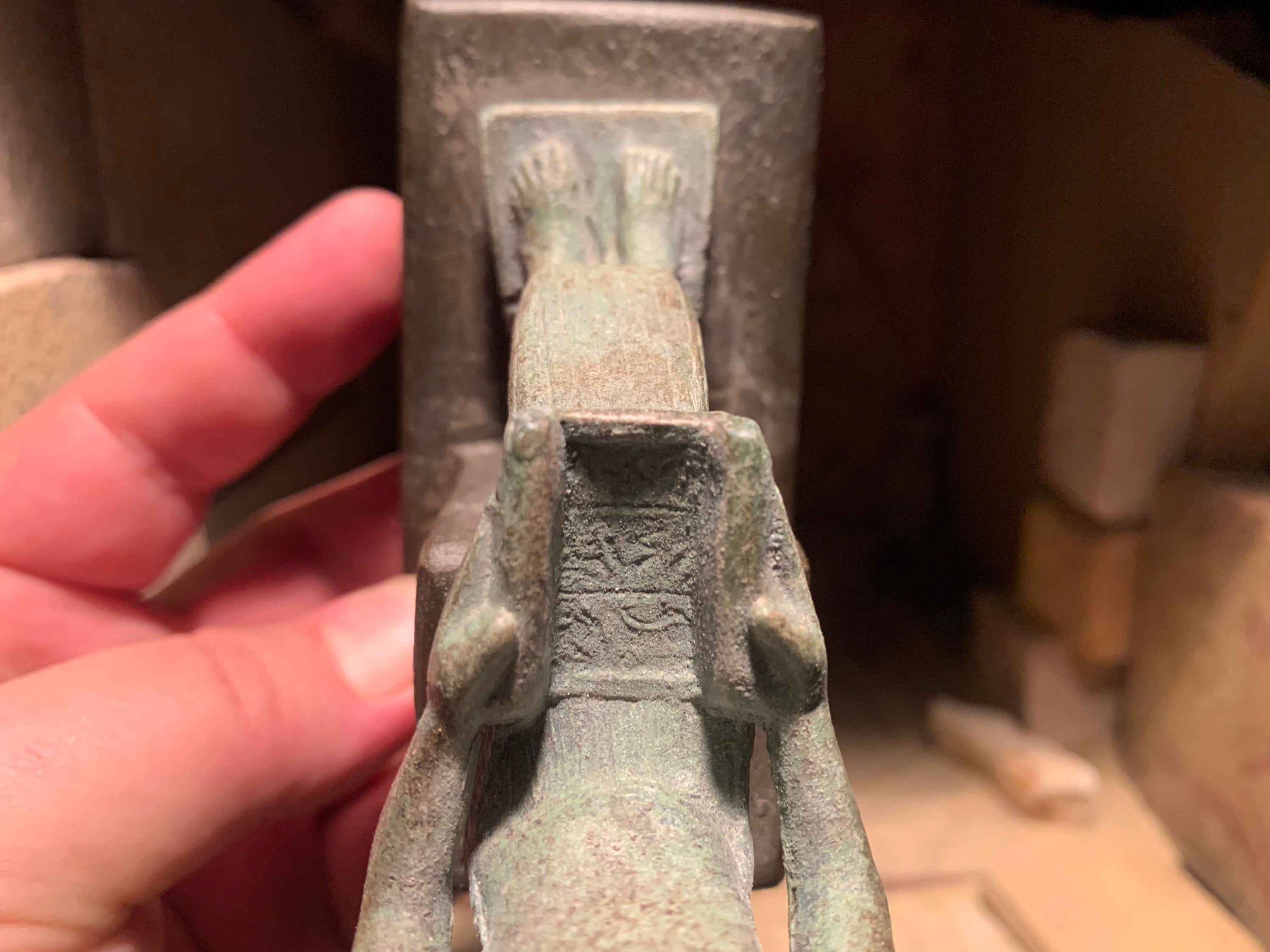 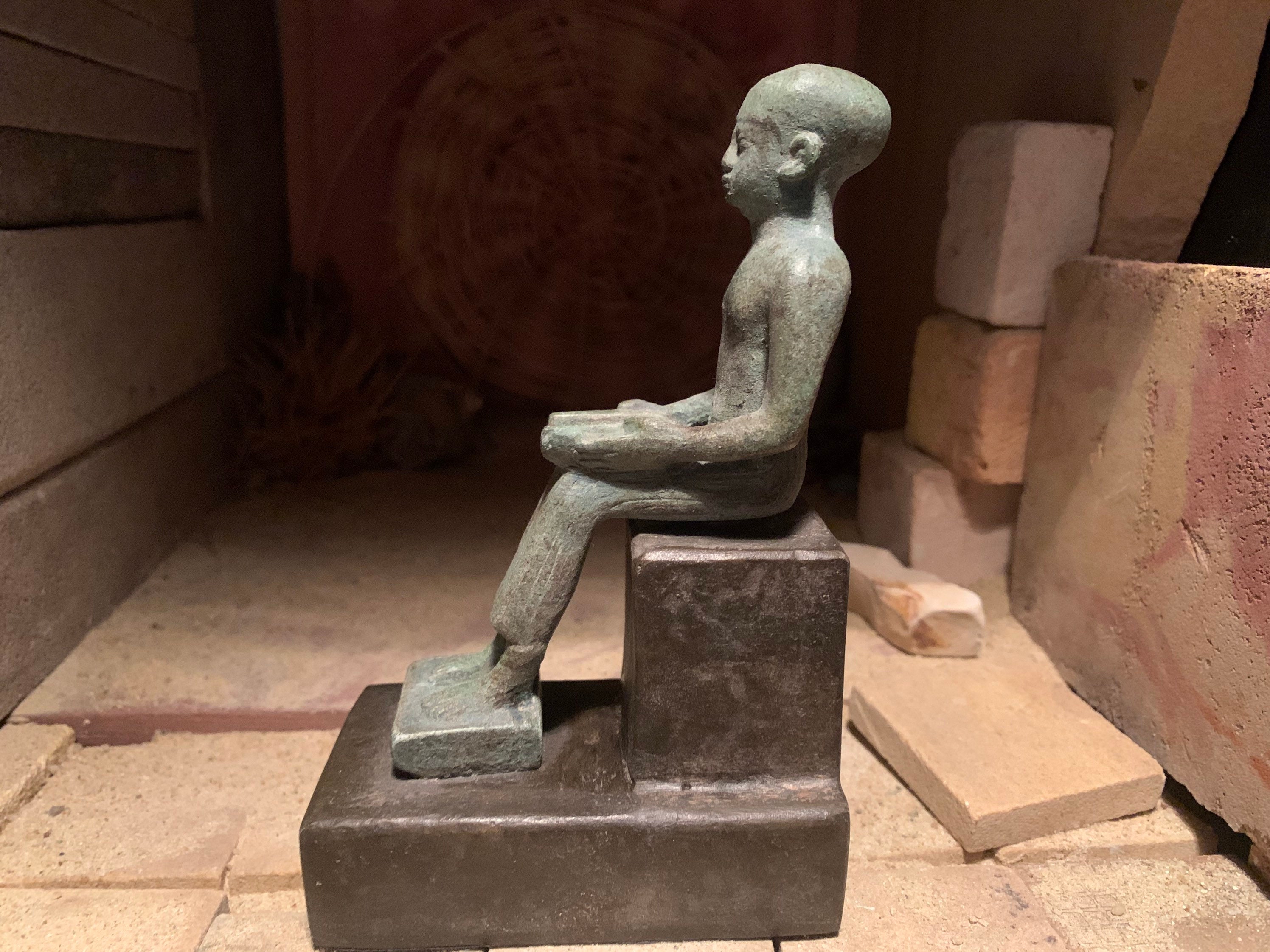 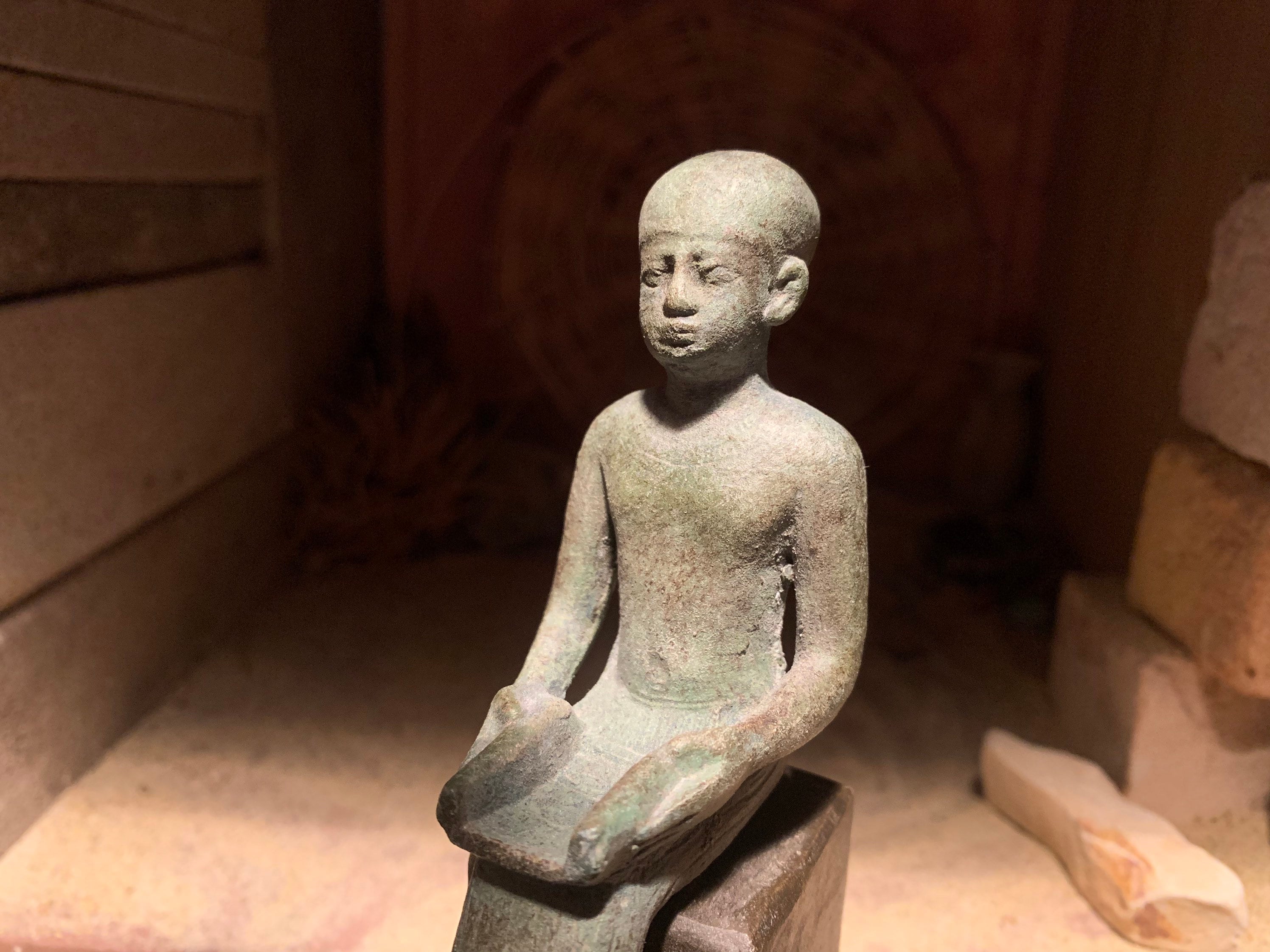 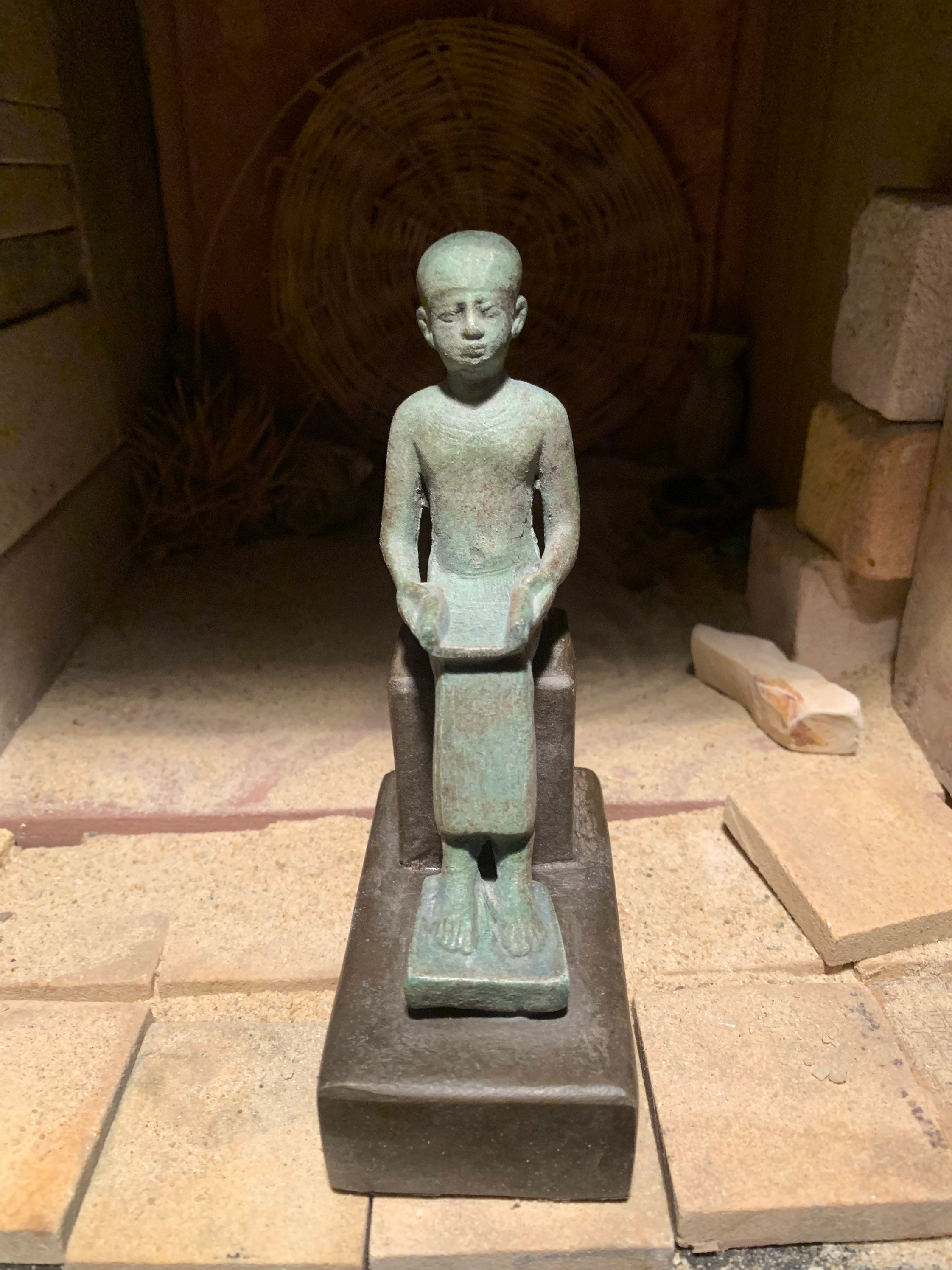 
Made of a limestone and quartzite composition stone, this fine statue has an aged green patina and has been mounted upon a polished, felt based stand.

The replica statue on offer here depicts the legendary Imhotep. Egyp'ts most iconic not royal personage.
The seated figure shows Imhotep with an open scroll on his lap and an inscription can be seen carved into it in the overhead photo.
He wears a pleated tunic and a broad collar necklace. This late period example would have been placed in the home of the owner or placed in an appropriate temple as an offering to garner favour.

Imhotep's achievements were so grand and influential he was revered as a god 2000 years after his death when his attributes merged with the god Thoth.

His revolutionary mind took Egypt out of the mud brick and reed matting era and ushered in the use of stone for large scale state architecture.
He is credited for building the first pyramid - the step pyramid for the king he served - Djoser - 2650 - 2600 B.C.E during the 3rd dynasty.
It was the world's first great buildings in stone and still stands sentinal on the Saqqara pateau today.
A complex range of associated buildings that once would have been made from wooden poles, bunches of reeds and woven matting were now made of stone.
The first pillars that resembled the reed bunches were carefully carved emerging from a support block of stone, but not yet free standing.

Within a few generations Egypt took this age of stone monument building to the greatest possible height as the capstone was placed upon the Great pyramid of Khufu in the following 4th dynasty.

Also known as a master of mathematics, and the world's first known physician, his healing attributes were prayed for by many different cultures who came to know of his achievements. 2000 years after his death the ancient Greeks came to appreciate his legacy and associated him with their own god of healing - Asclepius.