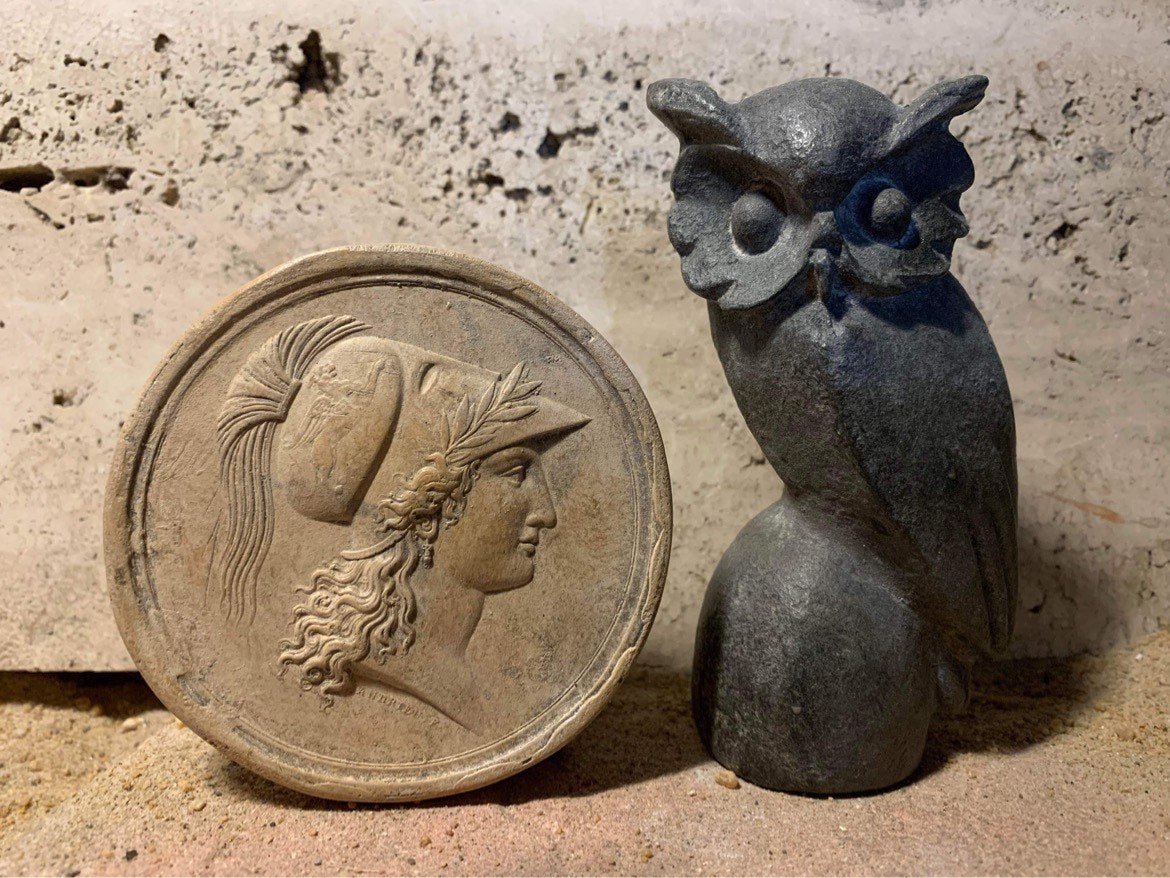 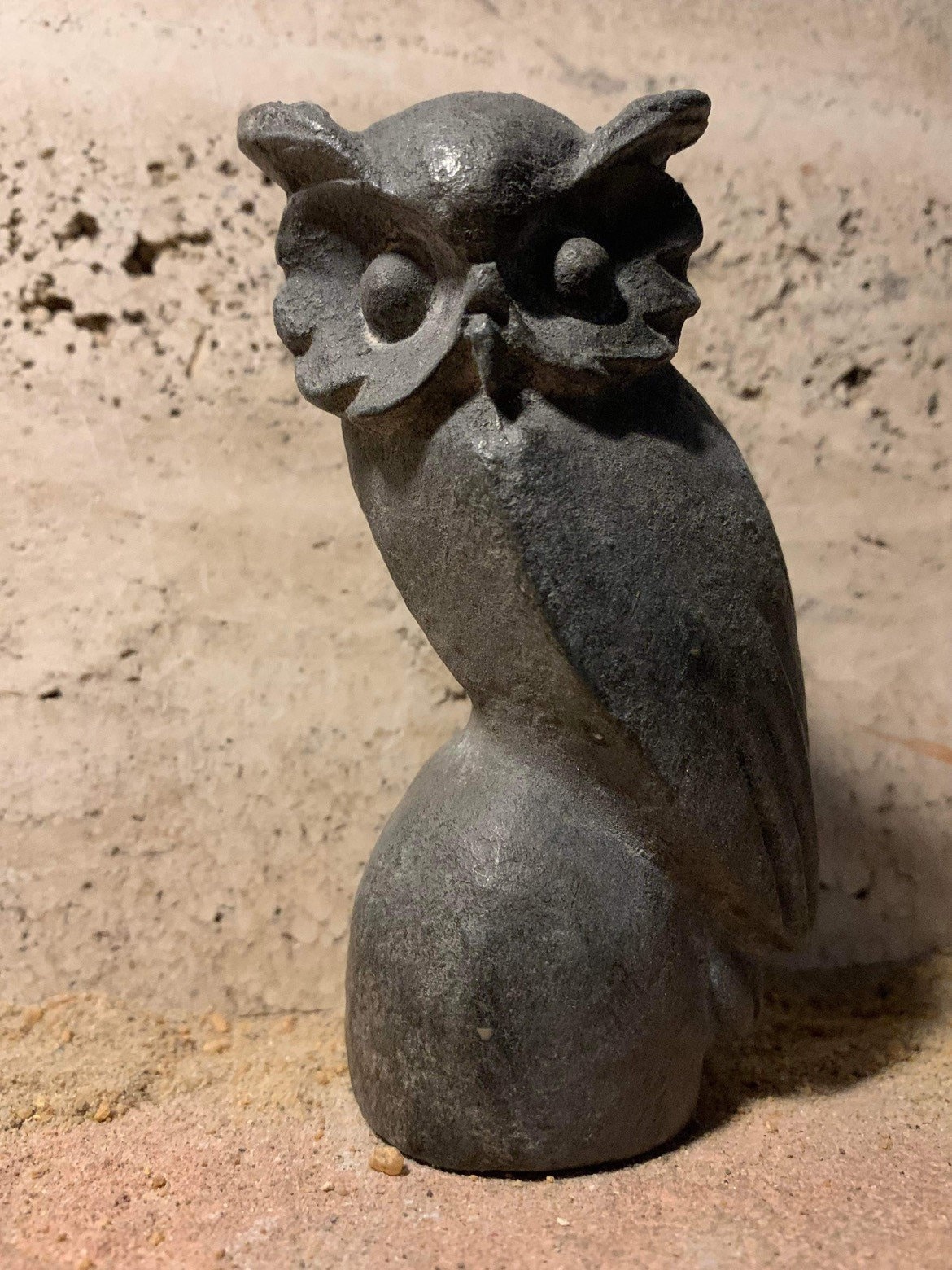 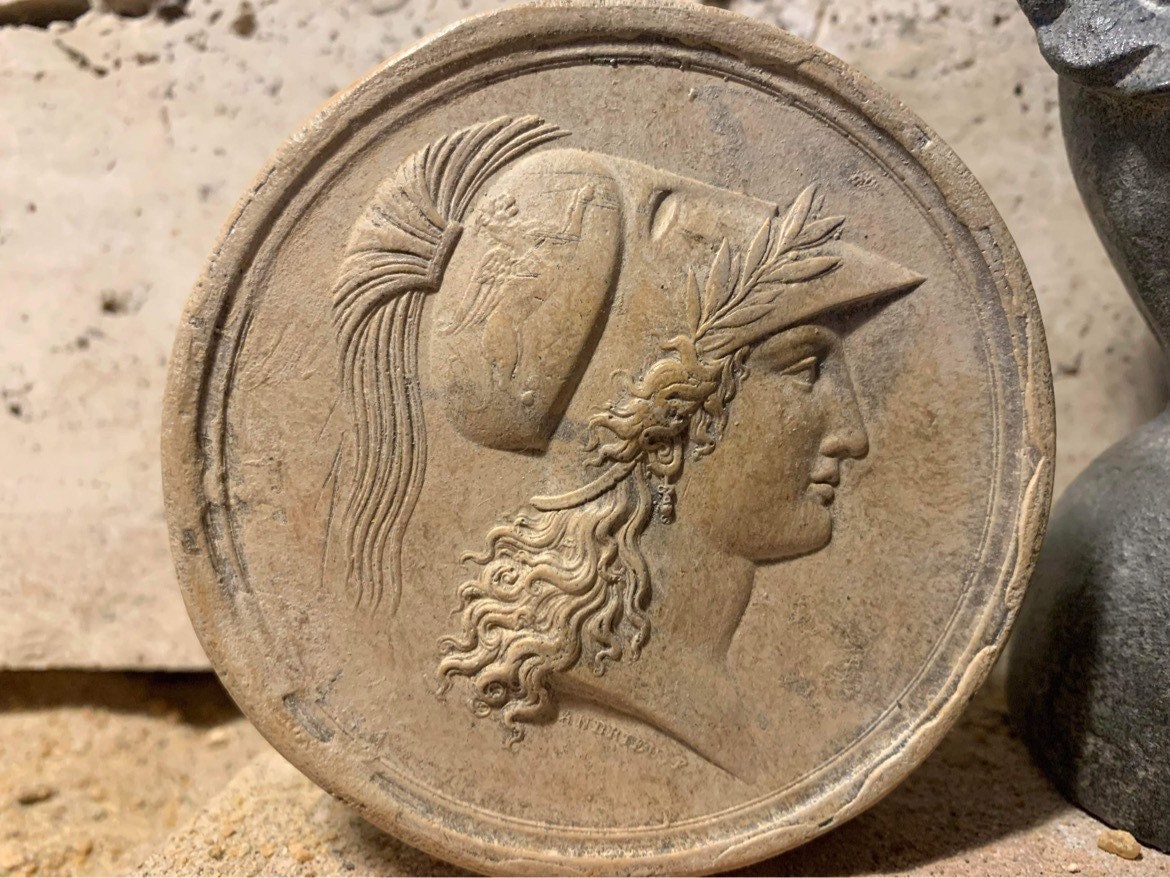 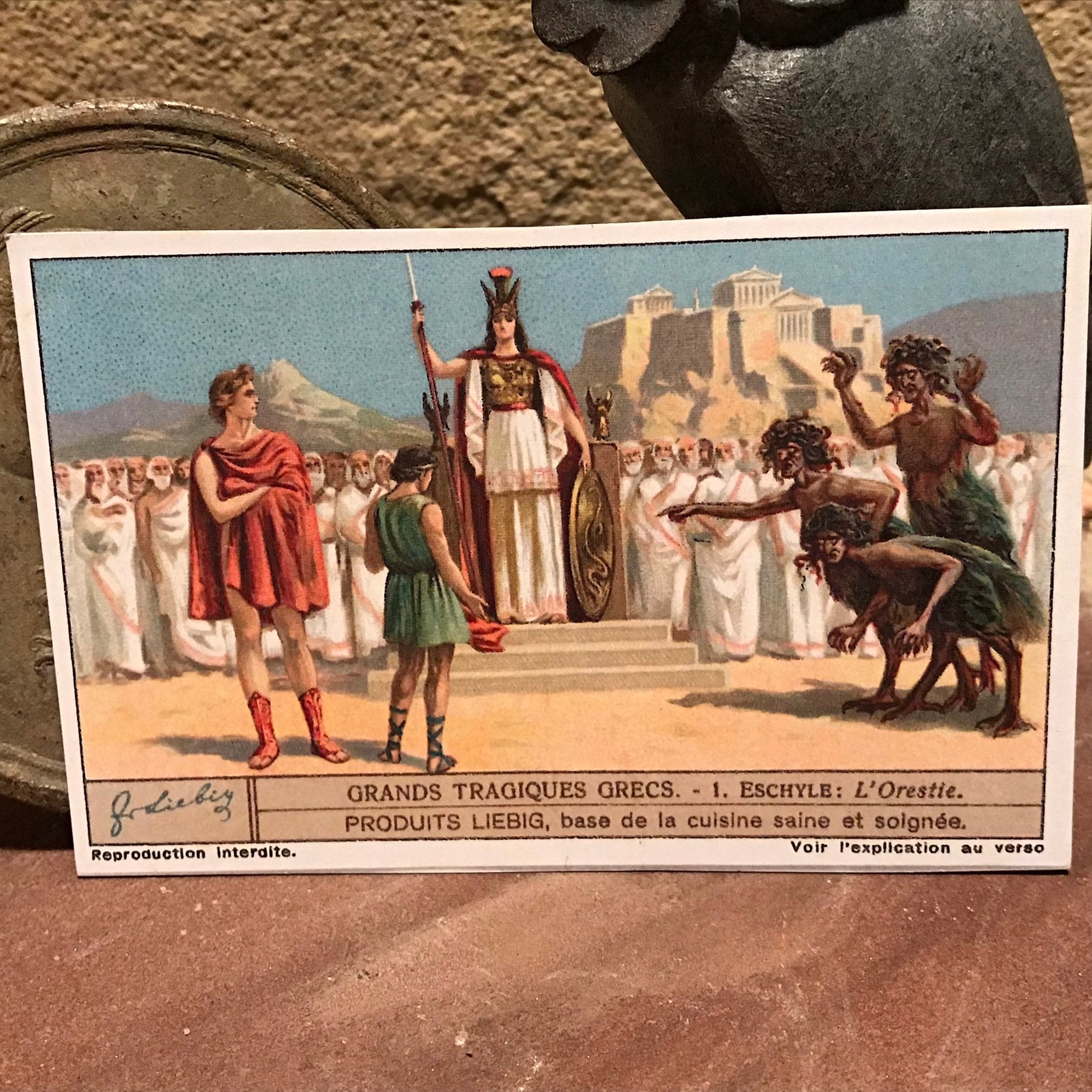 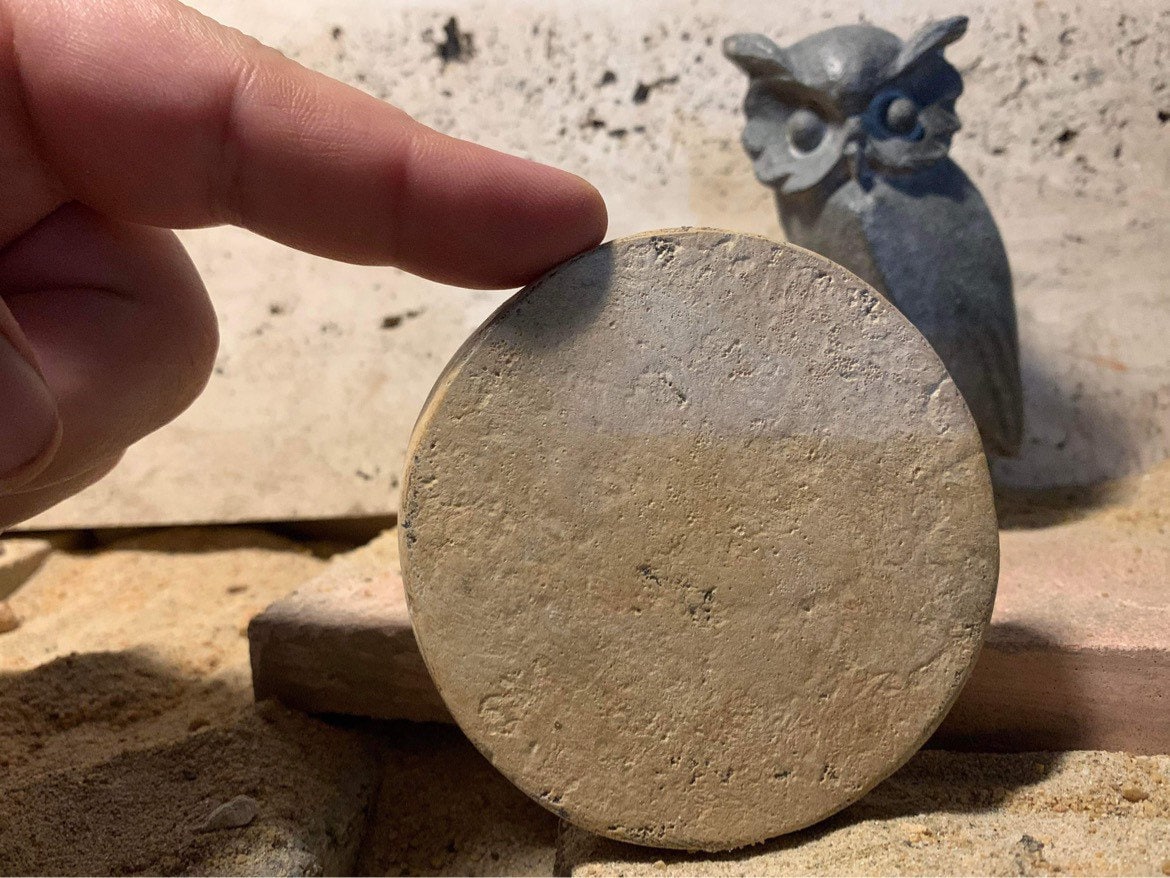 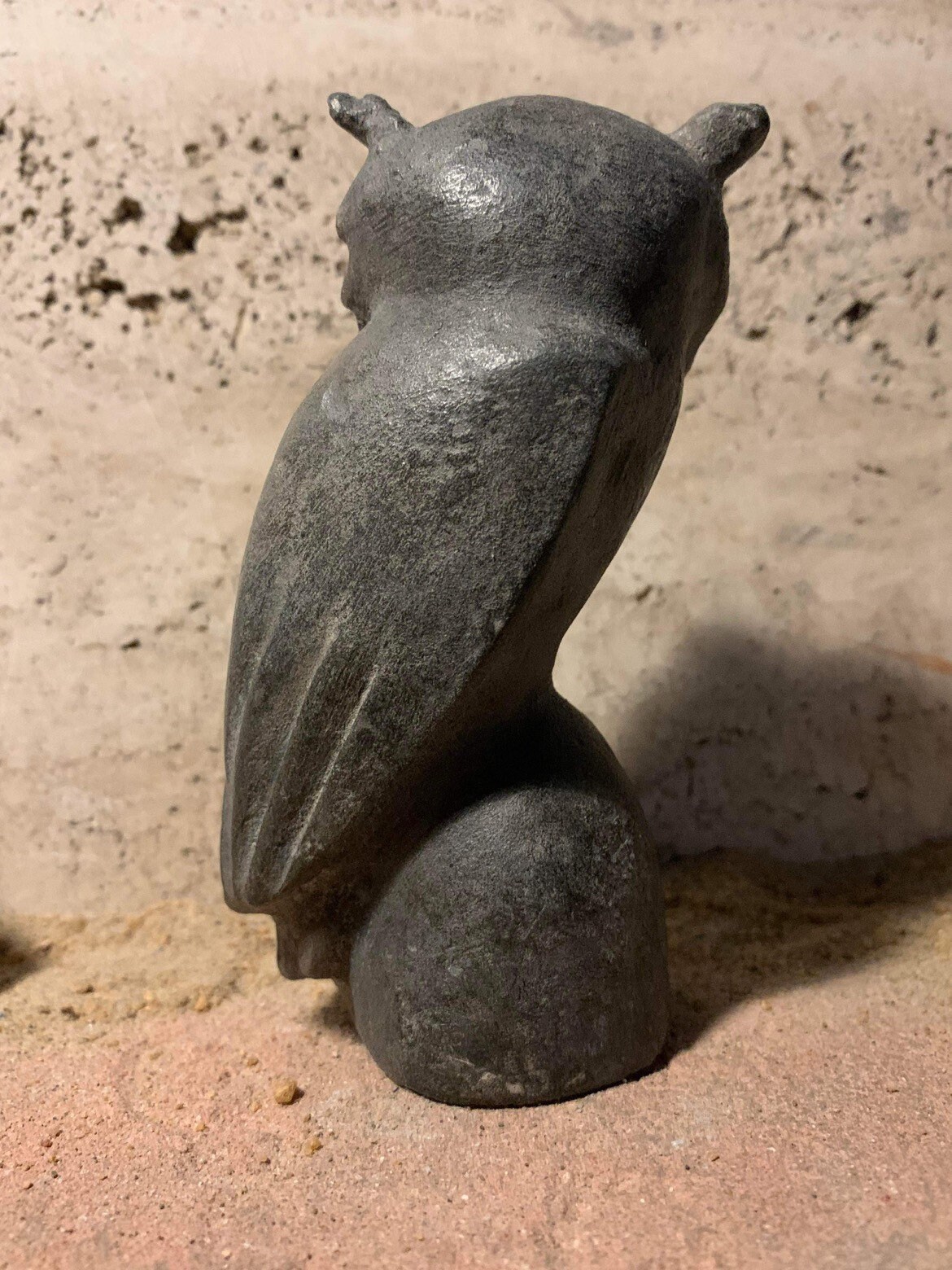 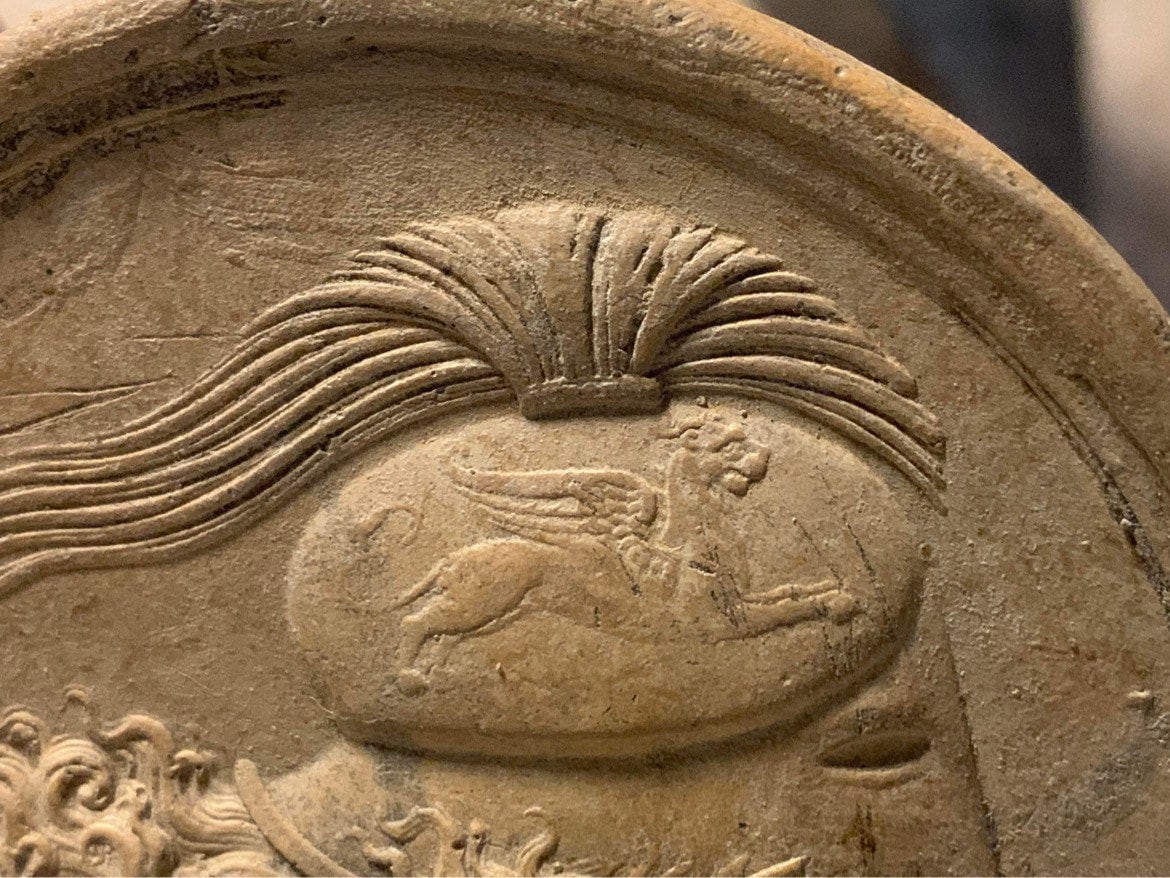 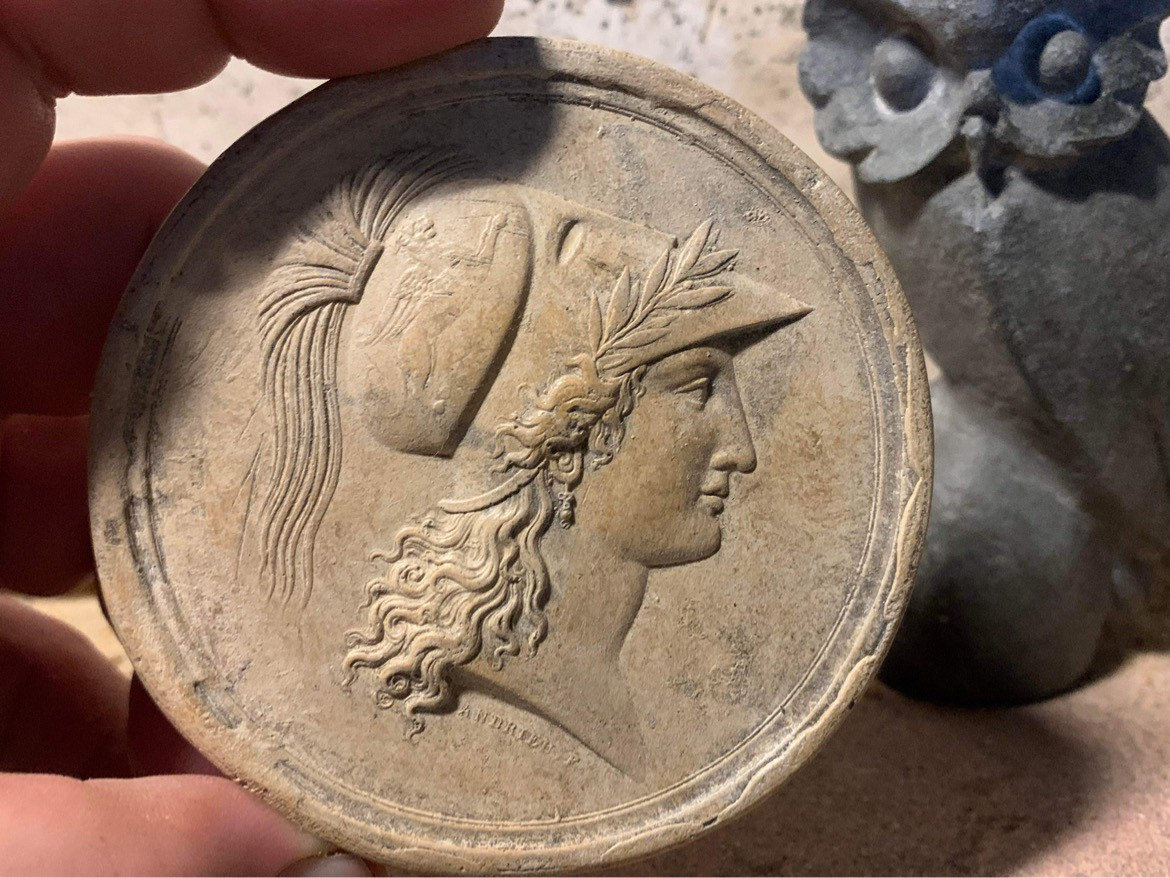 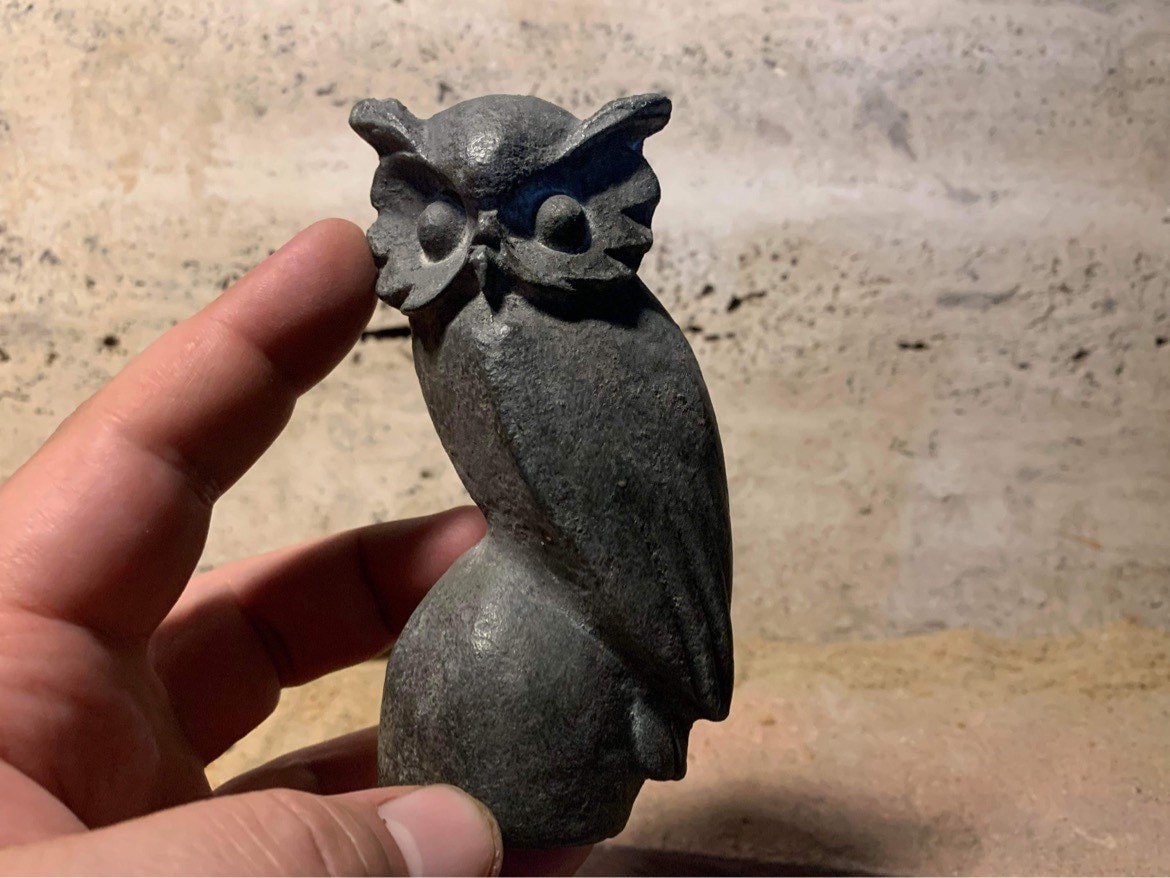 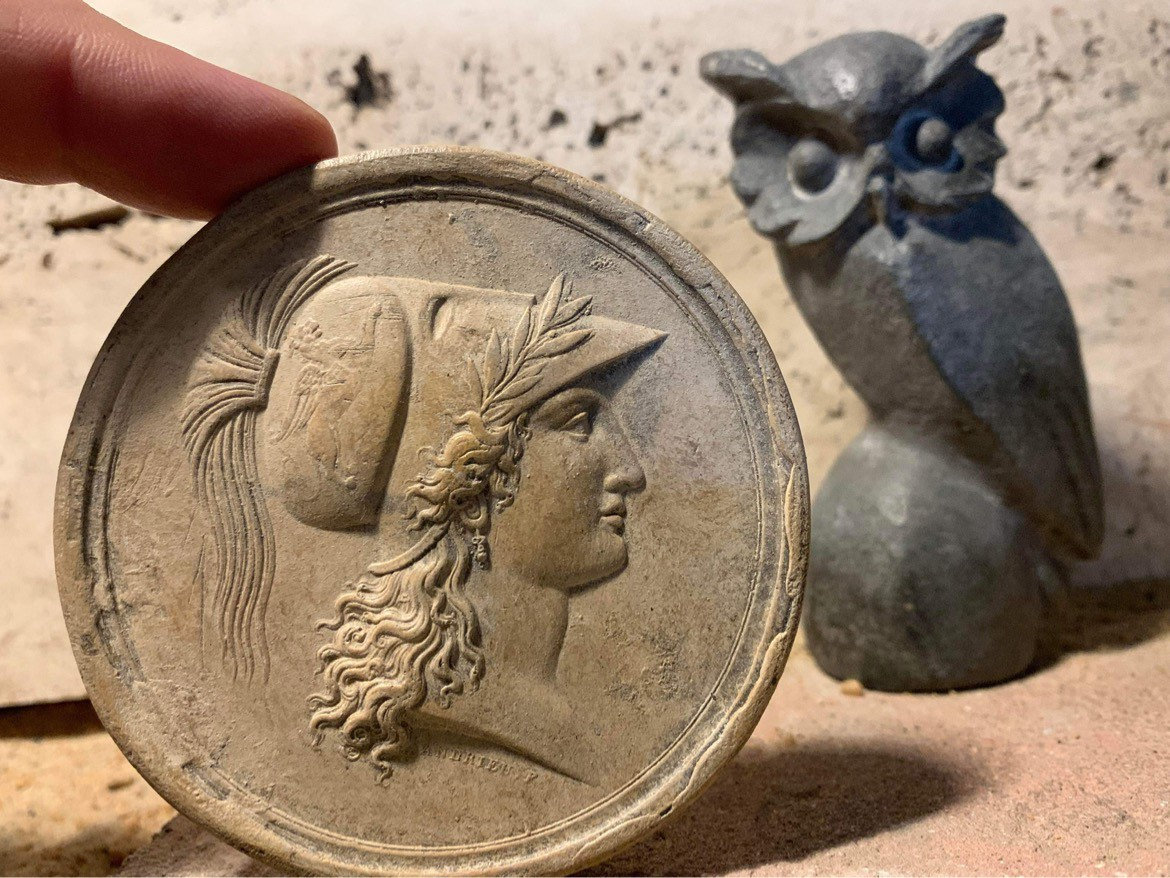 On offer here is a stunning replica portrait of the Goddess Athena wearing her typical plumed helmet with an engraved, winged lion shown on the crown of the headdress . The raised relief is of a high order and captures the grace and power of this most majestic goddess of the Greco-Roman world.

Her sacred animal was the owl which is included in an unusual looking statue form to make a delightful combination for a display.

Made of Temstone which is a medium capable of capturing the most minute details they are both carefully aged to give the look of antiquity.
An atmospheric early 20th century collector card reproduction featuring Athena has been included.

Athena had many attributes which has helped place her in the modern consciousness as one of the most famous and accessible figures in Grecian mythology.
Some of these attributes are listed below : -

Known as the patron Goddess of ancient Athens her temple at the acropolis of the city is one of the most famous and influential buildings in the world. The Parthenon.

Her most ancient origins are said to have come from the island of Crete and her popularity eventually took root in the city of Athens and became her ultimate home.

Her Ancient Egyptian equivalent was the Goddess Neith who was also a Goddess associated with weaving. In Ancient Rome it was Minerva who shared the attributes of Athena, thus continuing the essence and relevance of the Goddess.