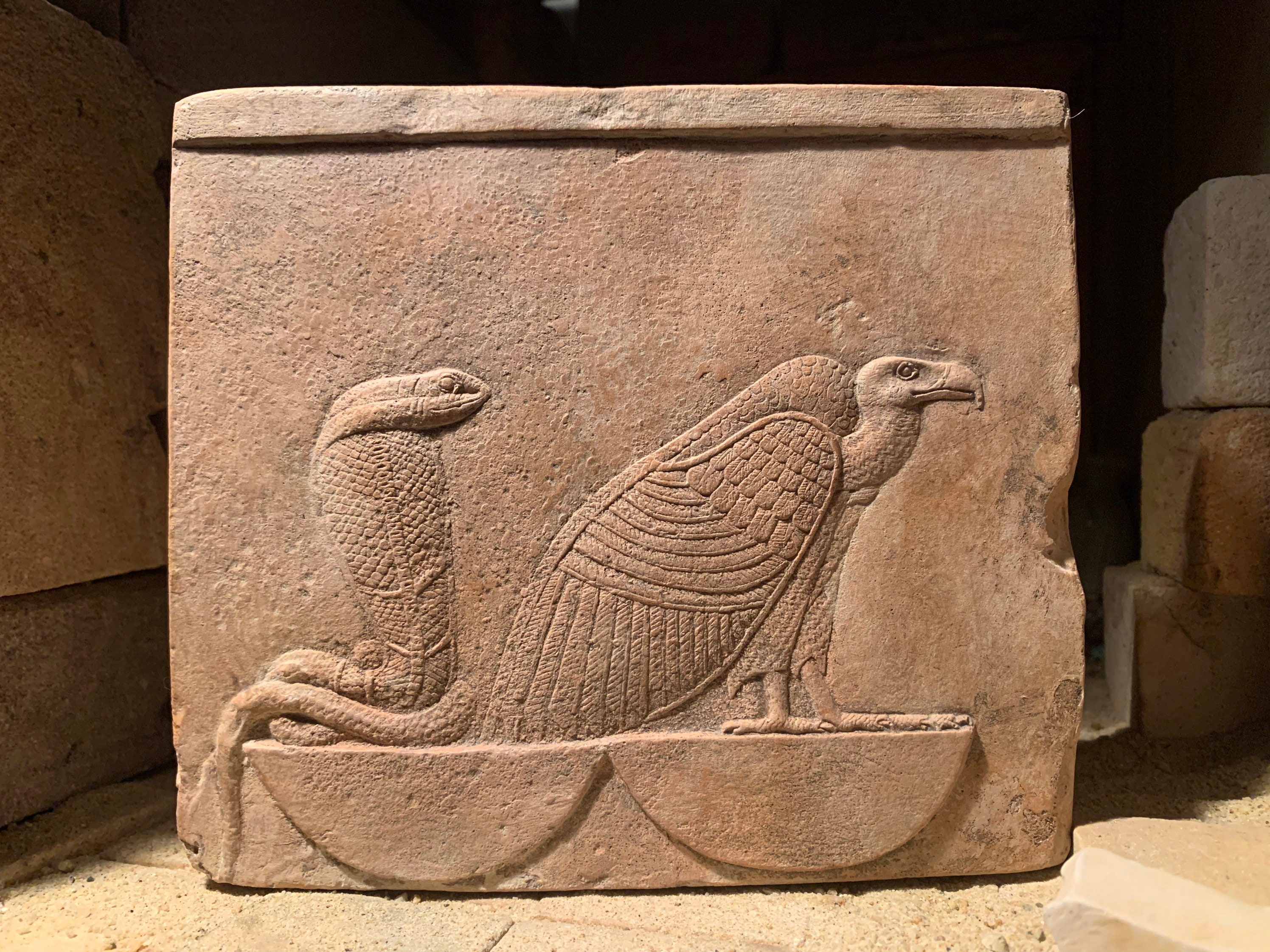 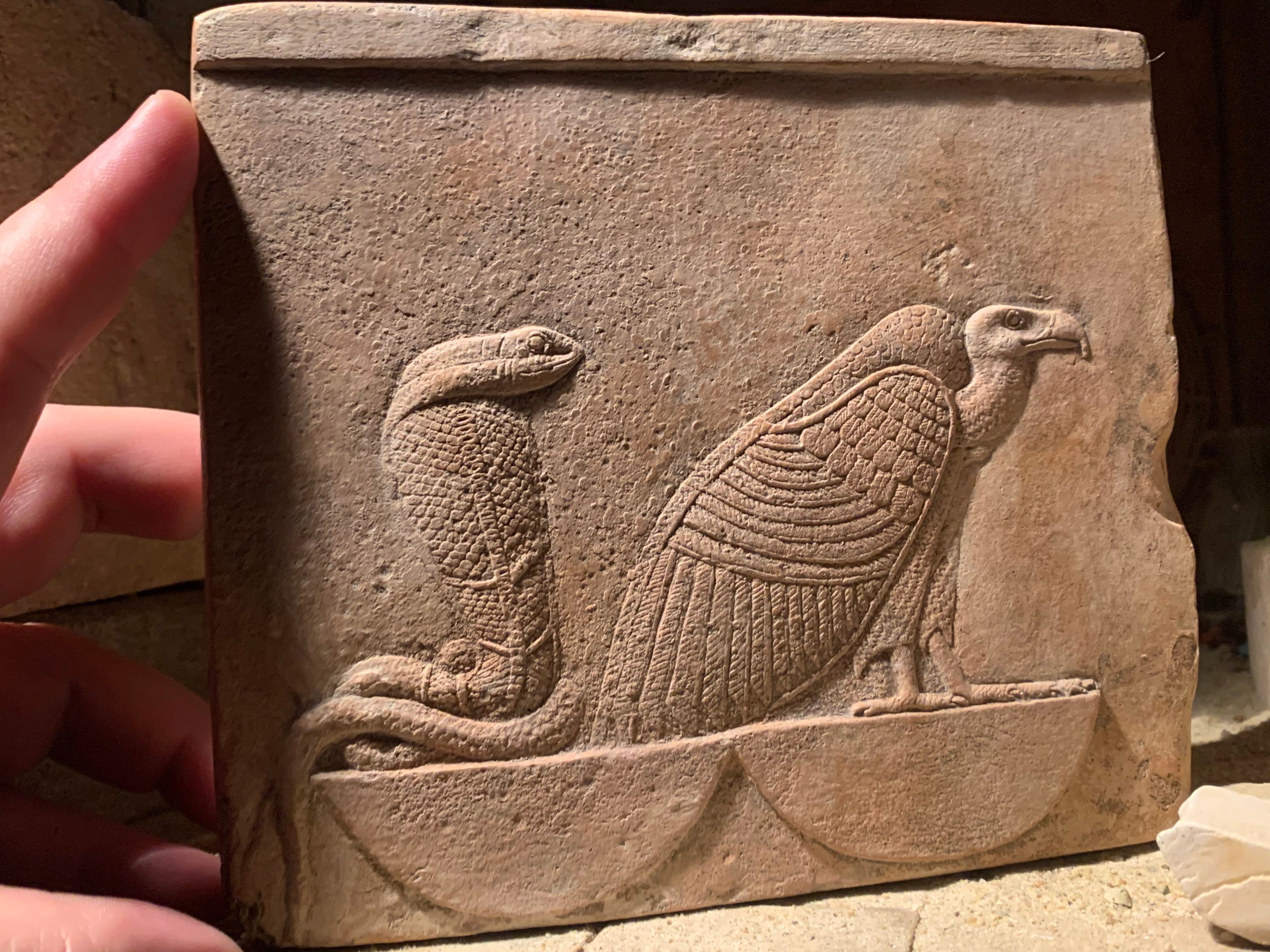 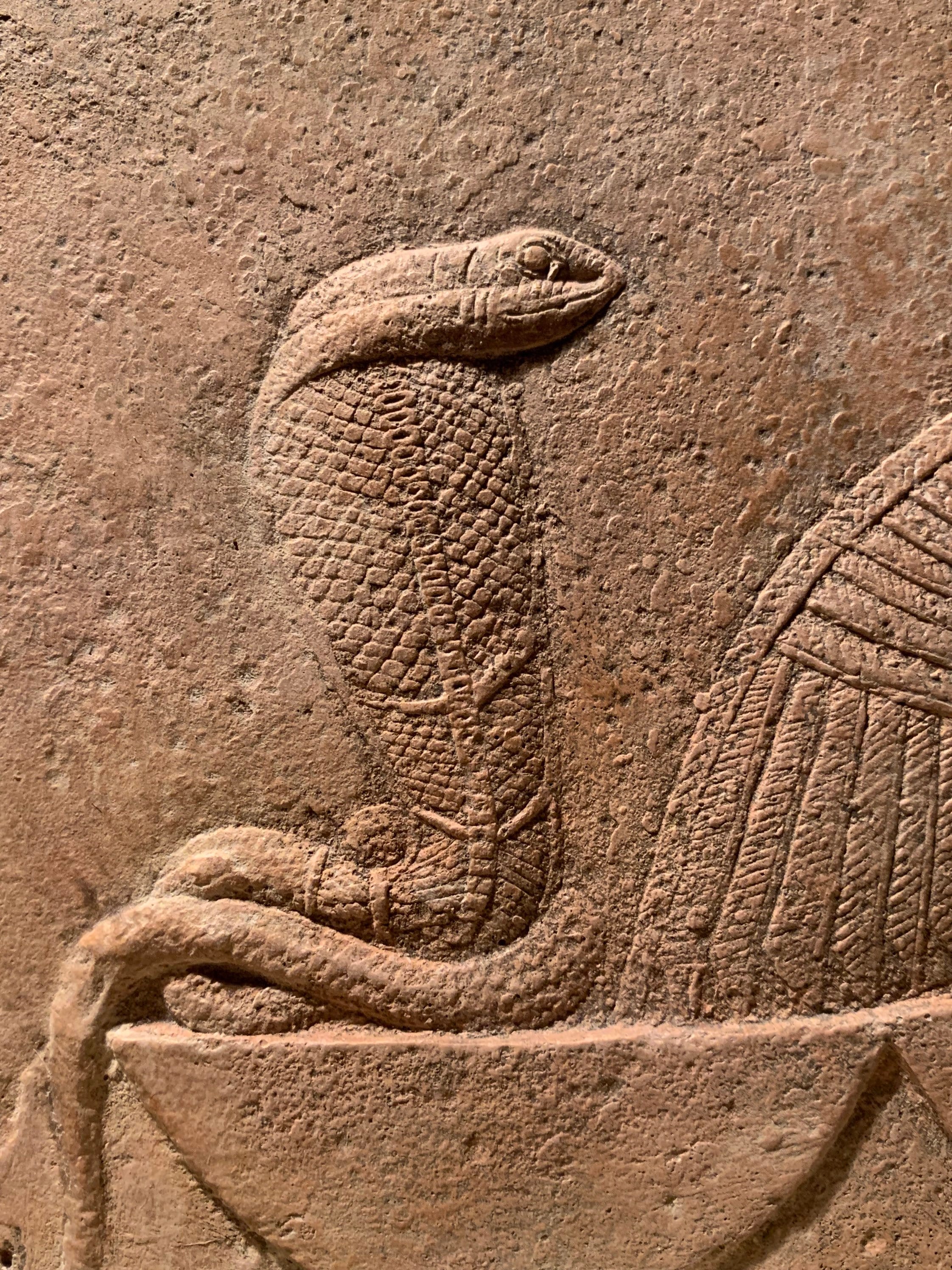 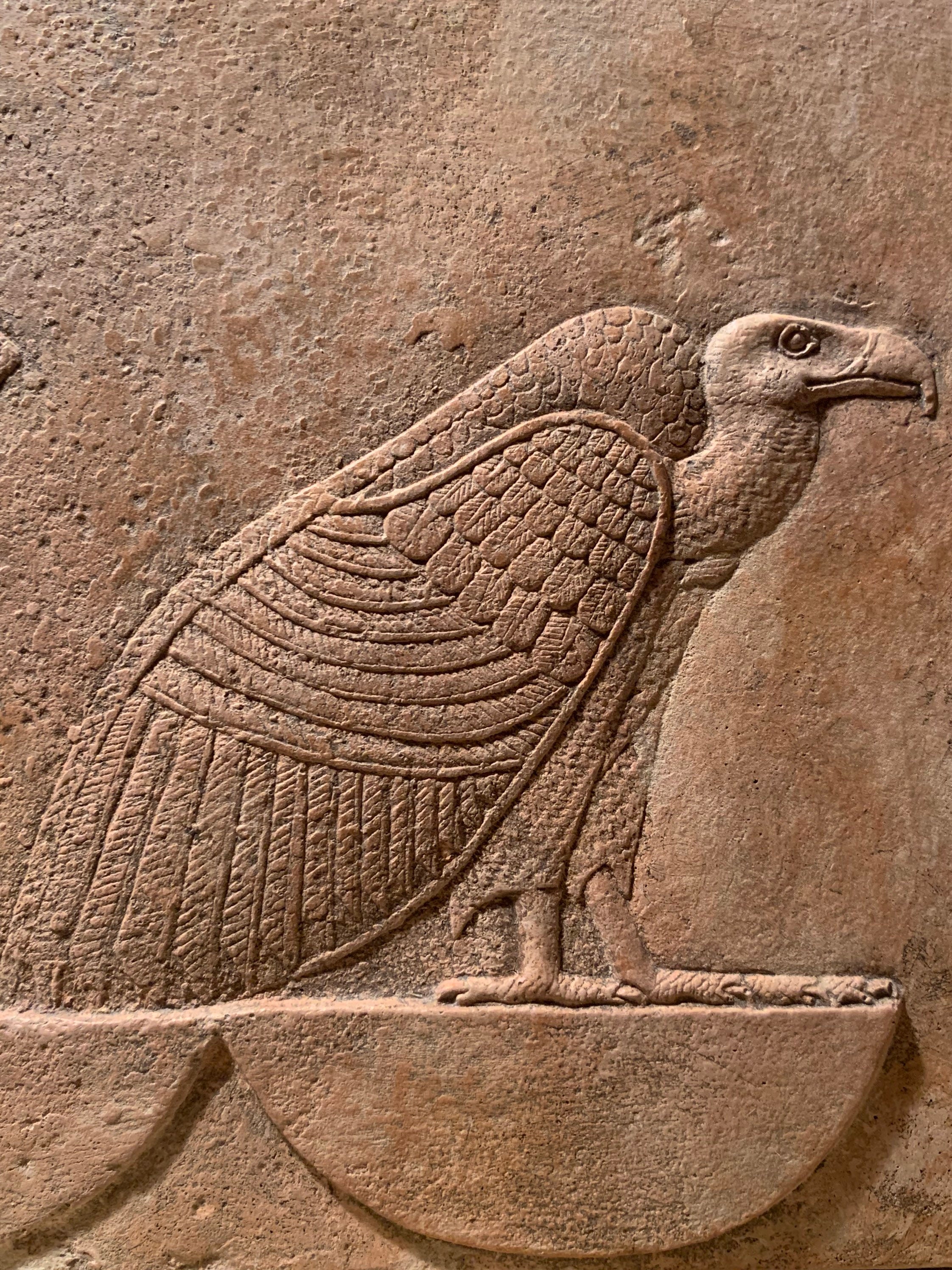 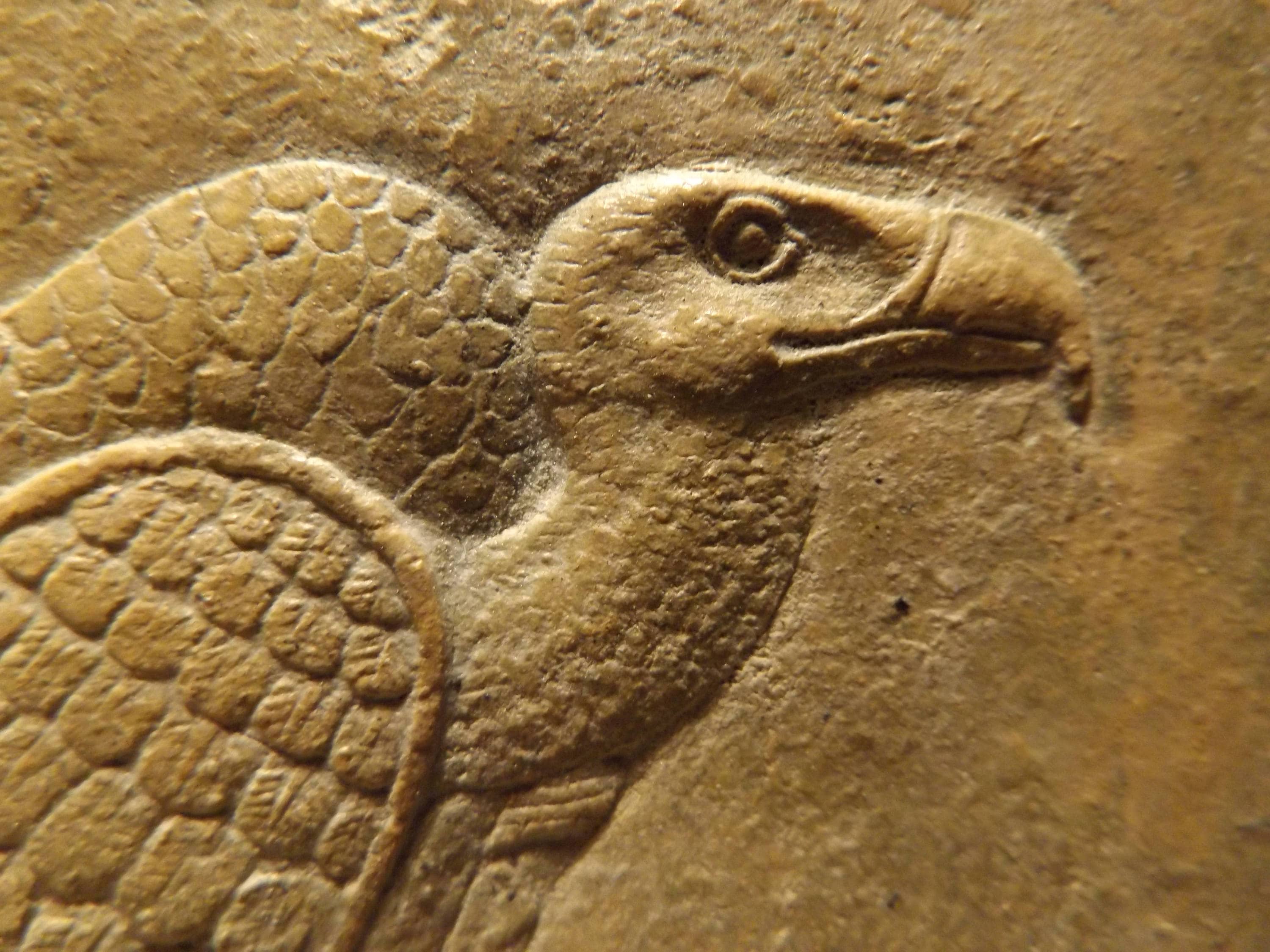 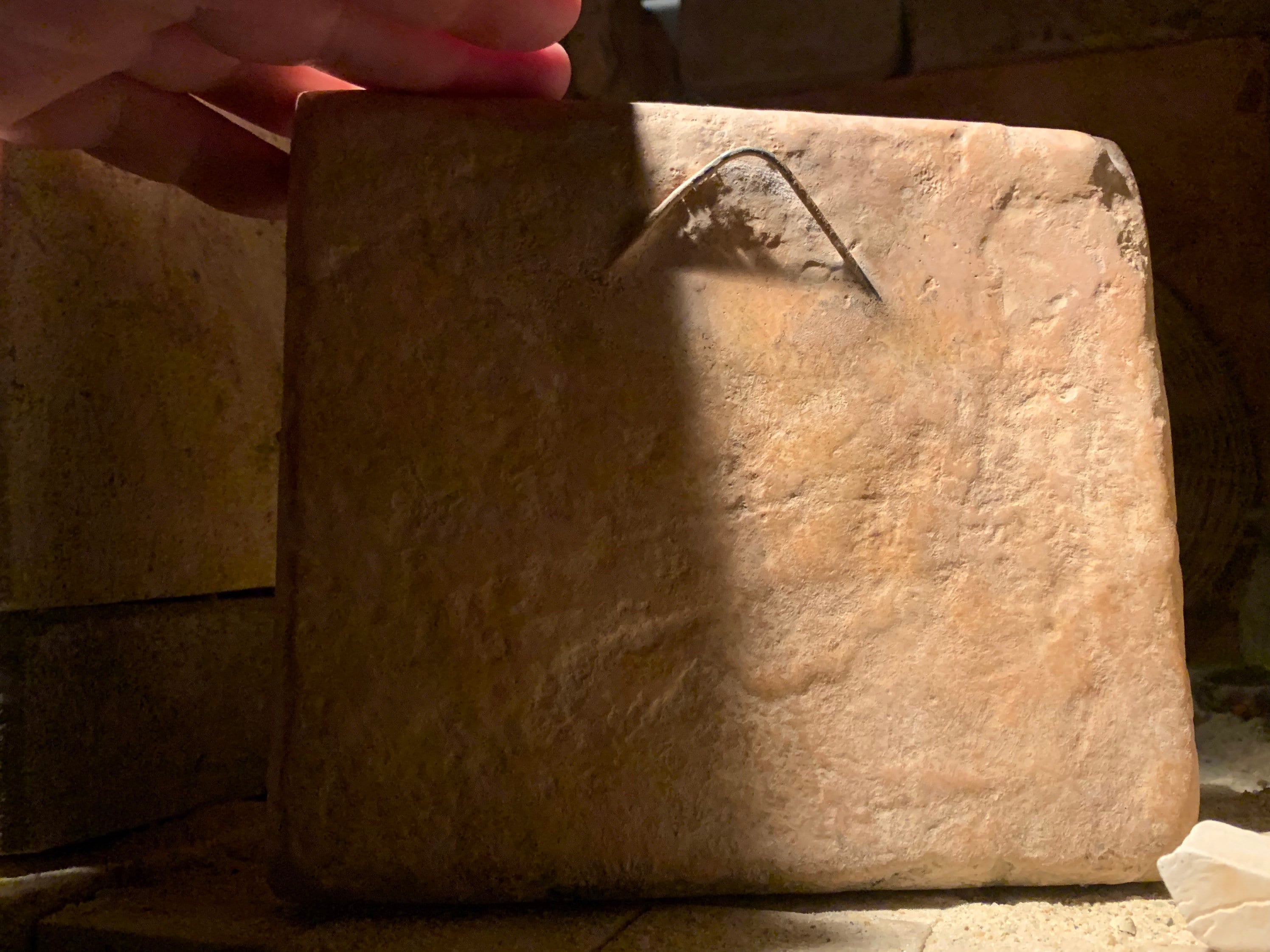 
On offer here is a raised relief replica featuring the vulture goddess Nekhbet and the cobra goddess Wadjet of Egyptian mythology. They represent the important deities of upper & lower Egypt. They are well known in a hieroglyphic context when introducing a kings name.

Made of a limestone and quartzite composition stone this incredibly detailed piece has an aged, light ochre coloration.

In this fragment the two goddesses are resting on two wicker baskets and this configuration can be translated as 'Nebtj' - the 'Two Ladies'.

Nekhbet - the vulture, was associated with southern, upper Egypt. A dominant figure in the Theban sky, Egypt's largest bird would roost in the imposing cliffs overlooking tomb and temple.

The vulture was also synonymous with the Queen of Egypt being identified with the consort of Amun known as the goddess Mut. One of the many mother goddesses Mut was the mother of Khonsu the moon god.

The Queen's headdress during New Kingdom times would frequently depict a vulture in a most attractive, and protective arrangement. The vulture's head protruding on the forehead, sometimes coupled with the cobra, showed great detail and symbolism. The Queen would thus be seen as the embodiment of the goddess.

The other highly detailed creature in this scene depicts Wadjet, the Cobra of lower, northern Egypt. She was the patron deity of the delta city known as Buto and could also be known by this name in the late period.

The cobra was the protector of Kings and Queens and is the symbol that rests on the brow of every king, poised to spit poison at the enemy of Egypt.

In earliest history when the Egyptians looked up at the sprawling star clustered arm of the milky way, they associated it with Wadjet as a heavenly representation.

Hathor also had an association with the milky way as the 'star spangled cow' and the two goddess shared this feature in mythological teachings.