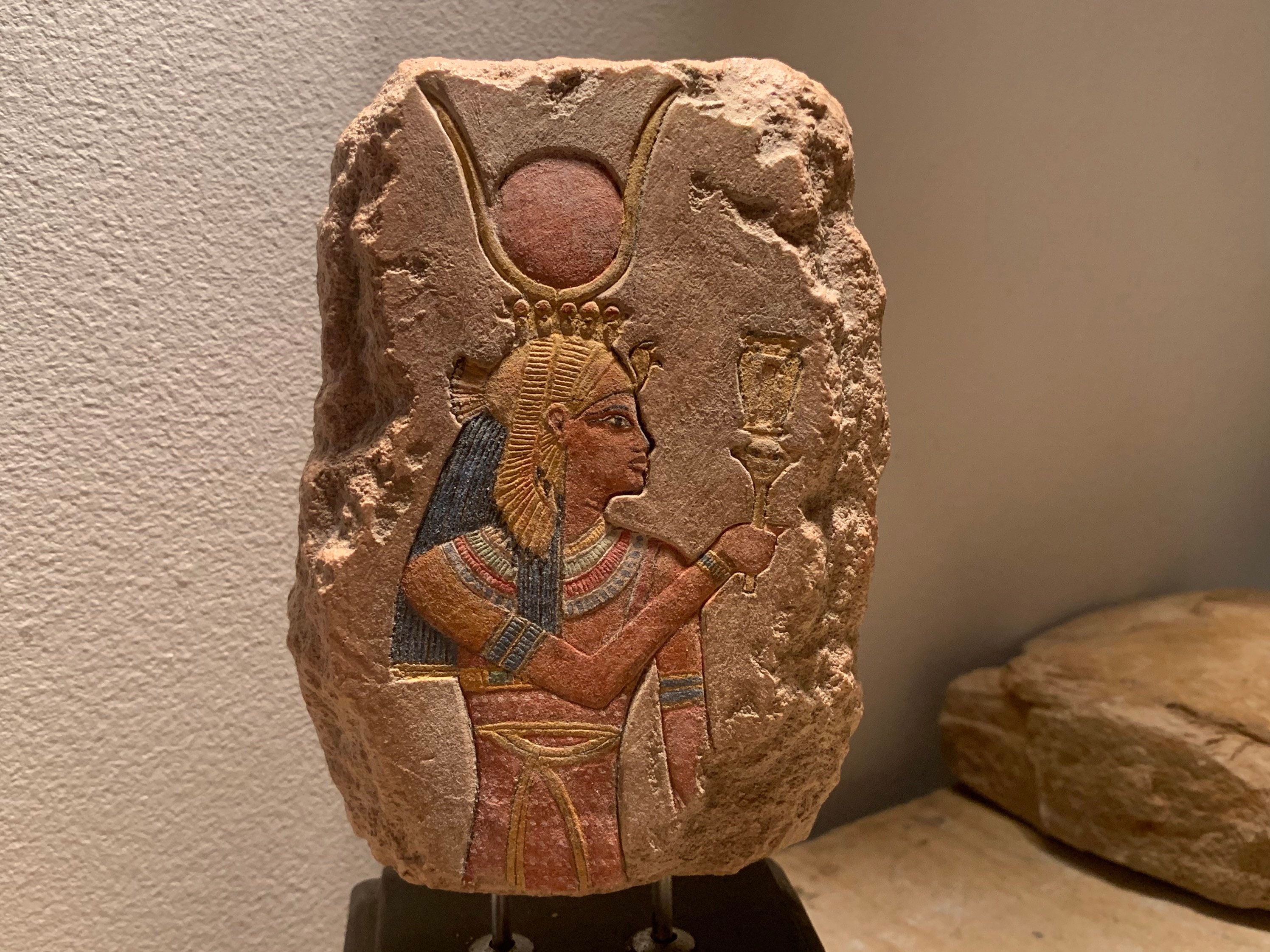 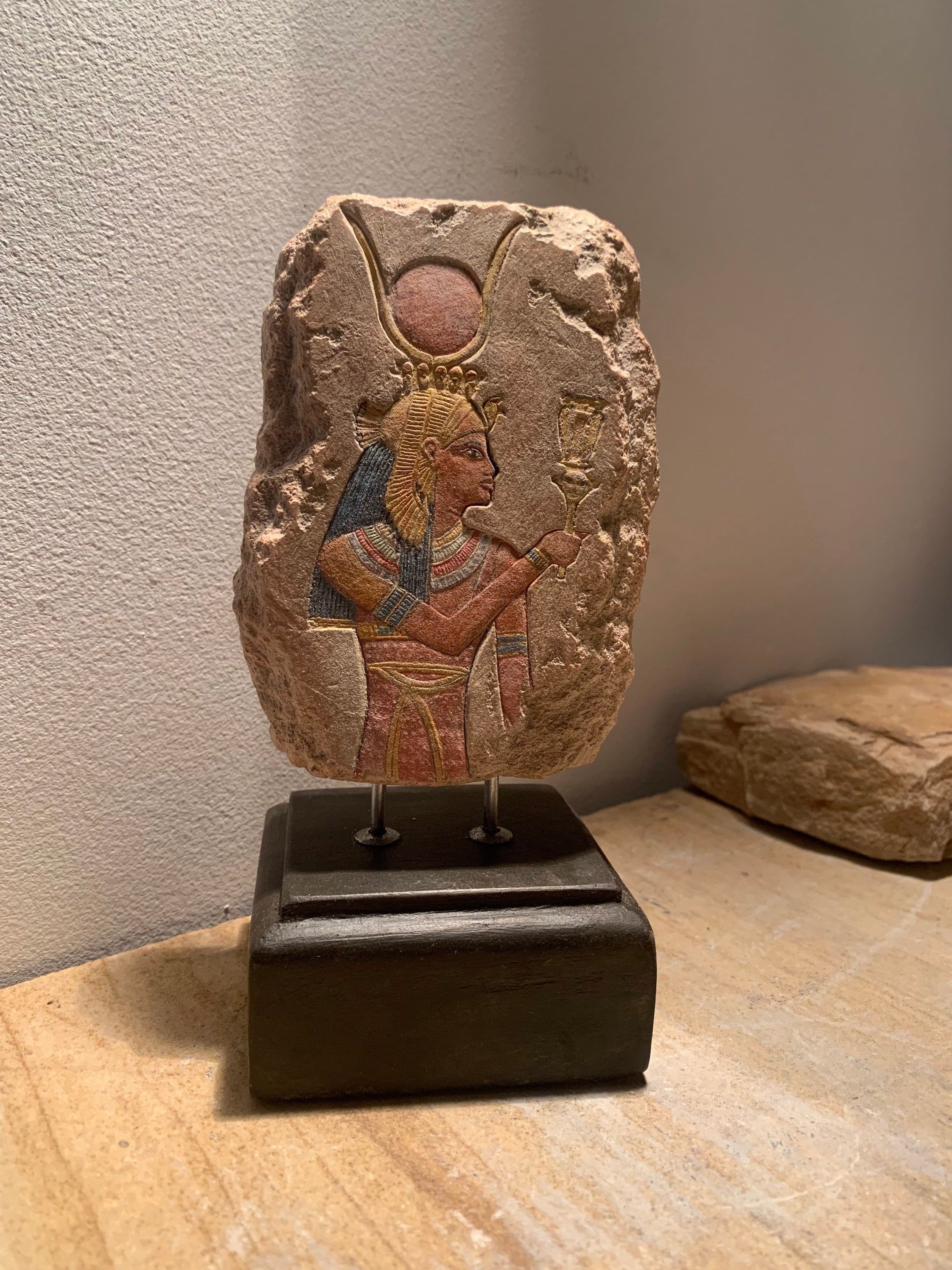 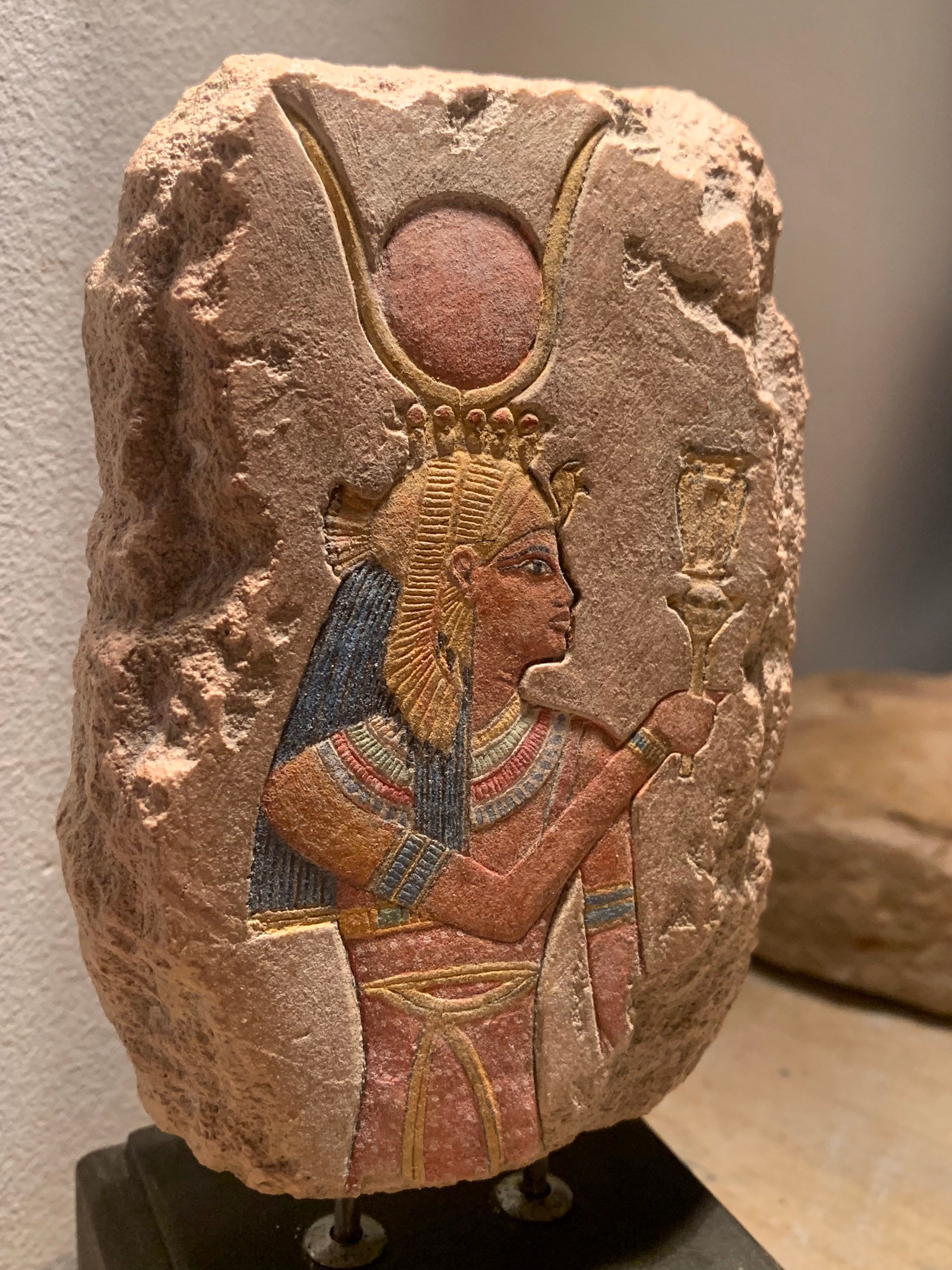 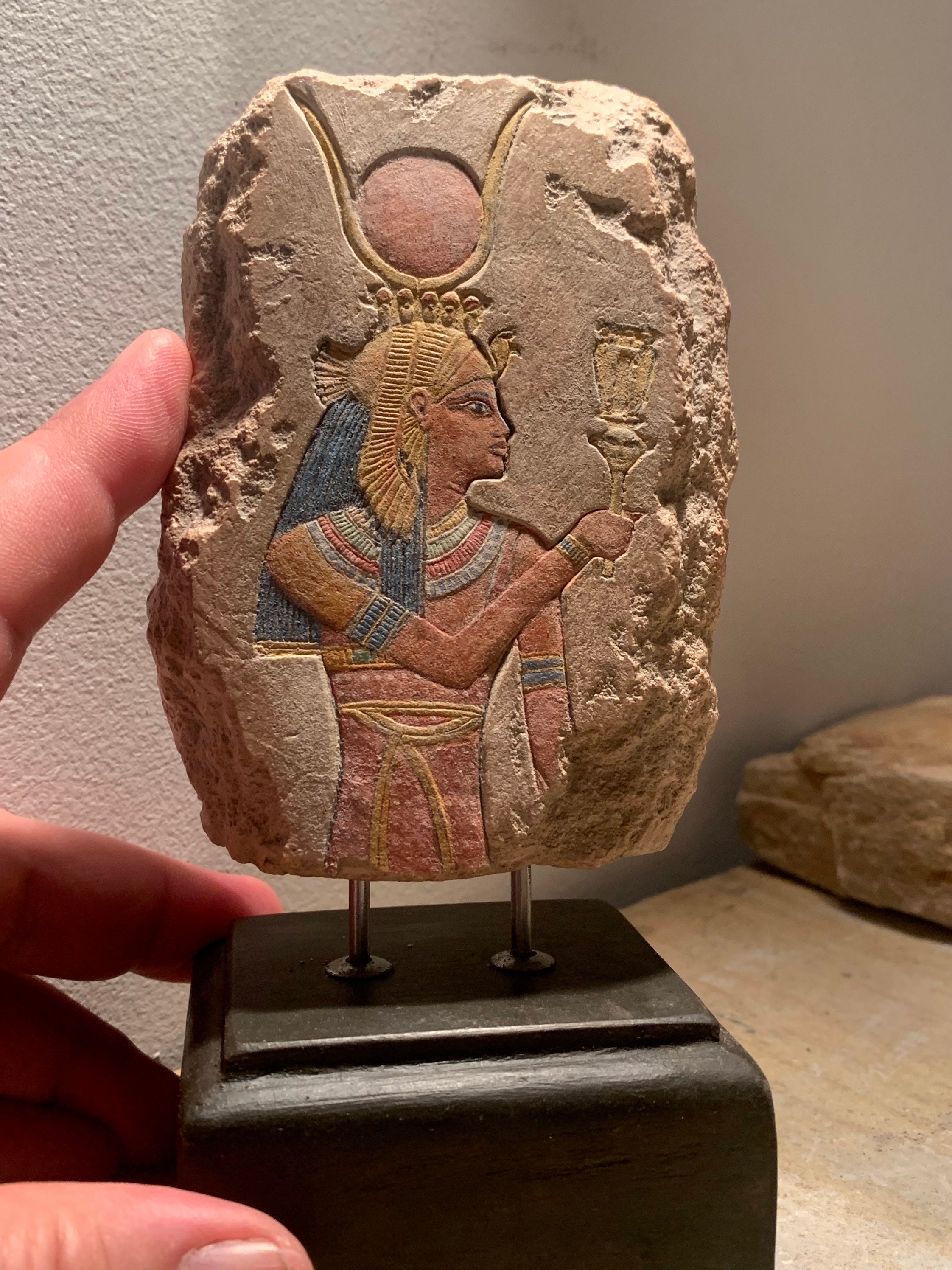 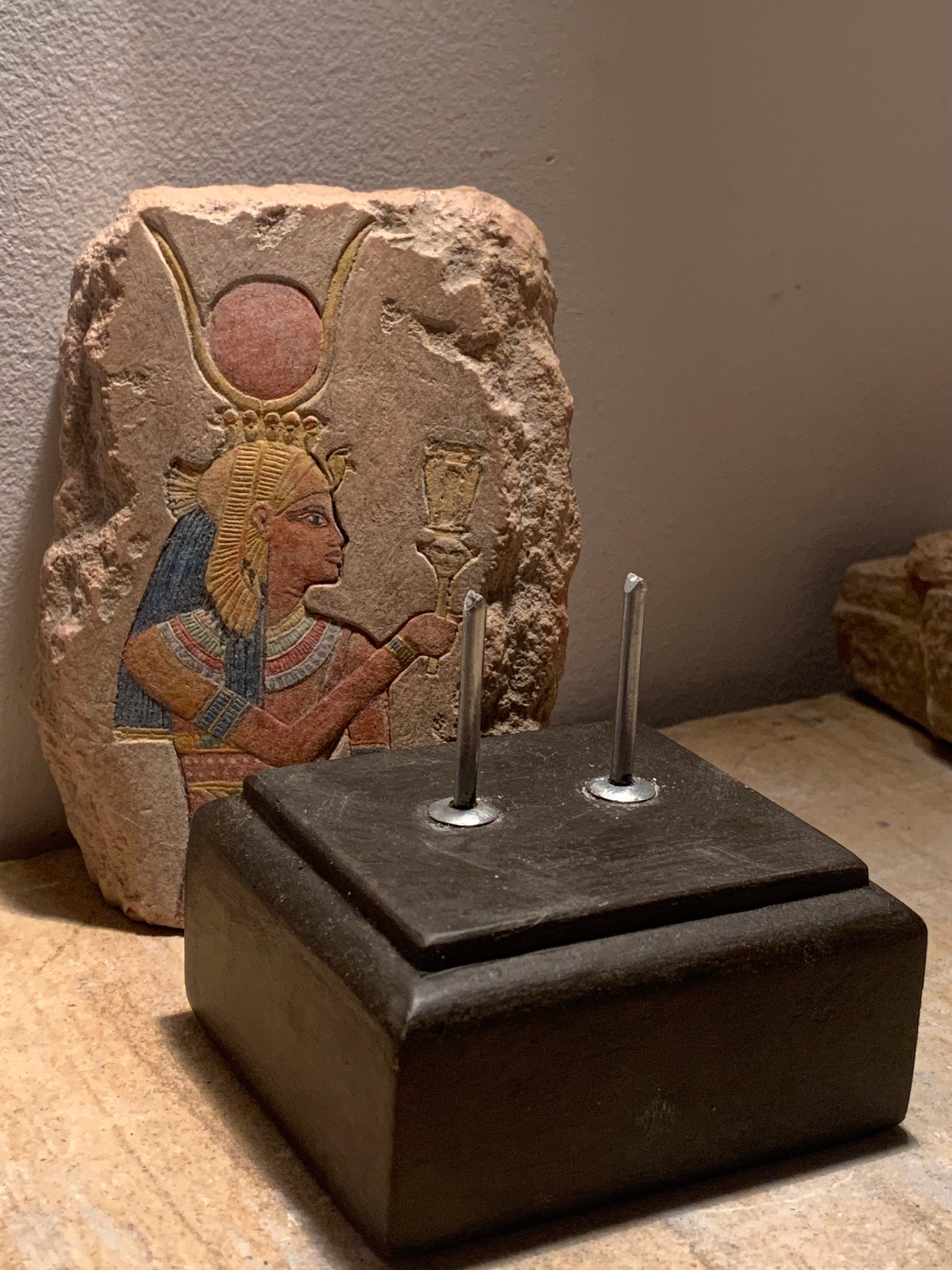 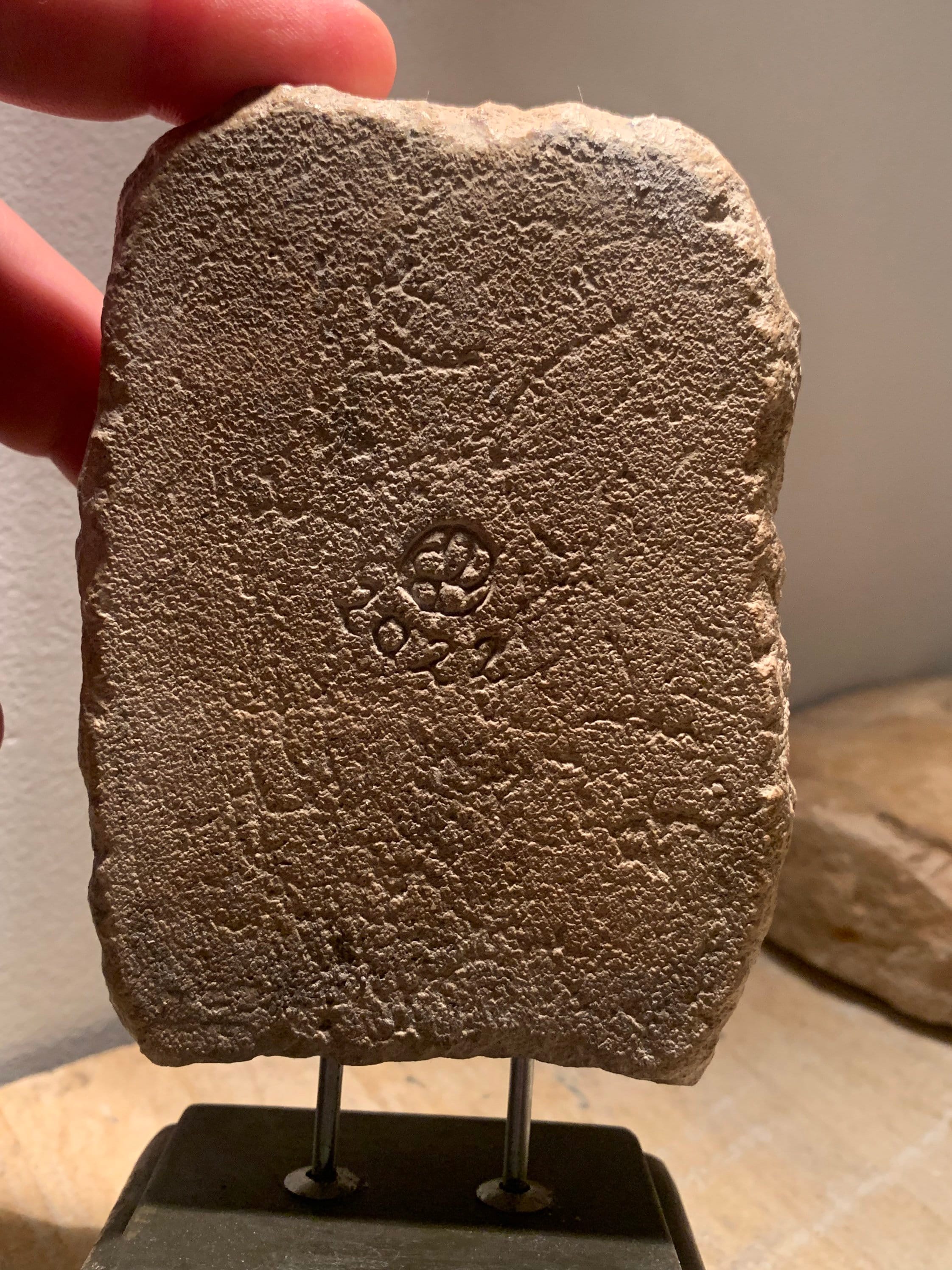 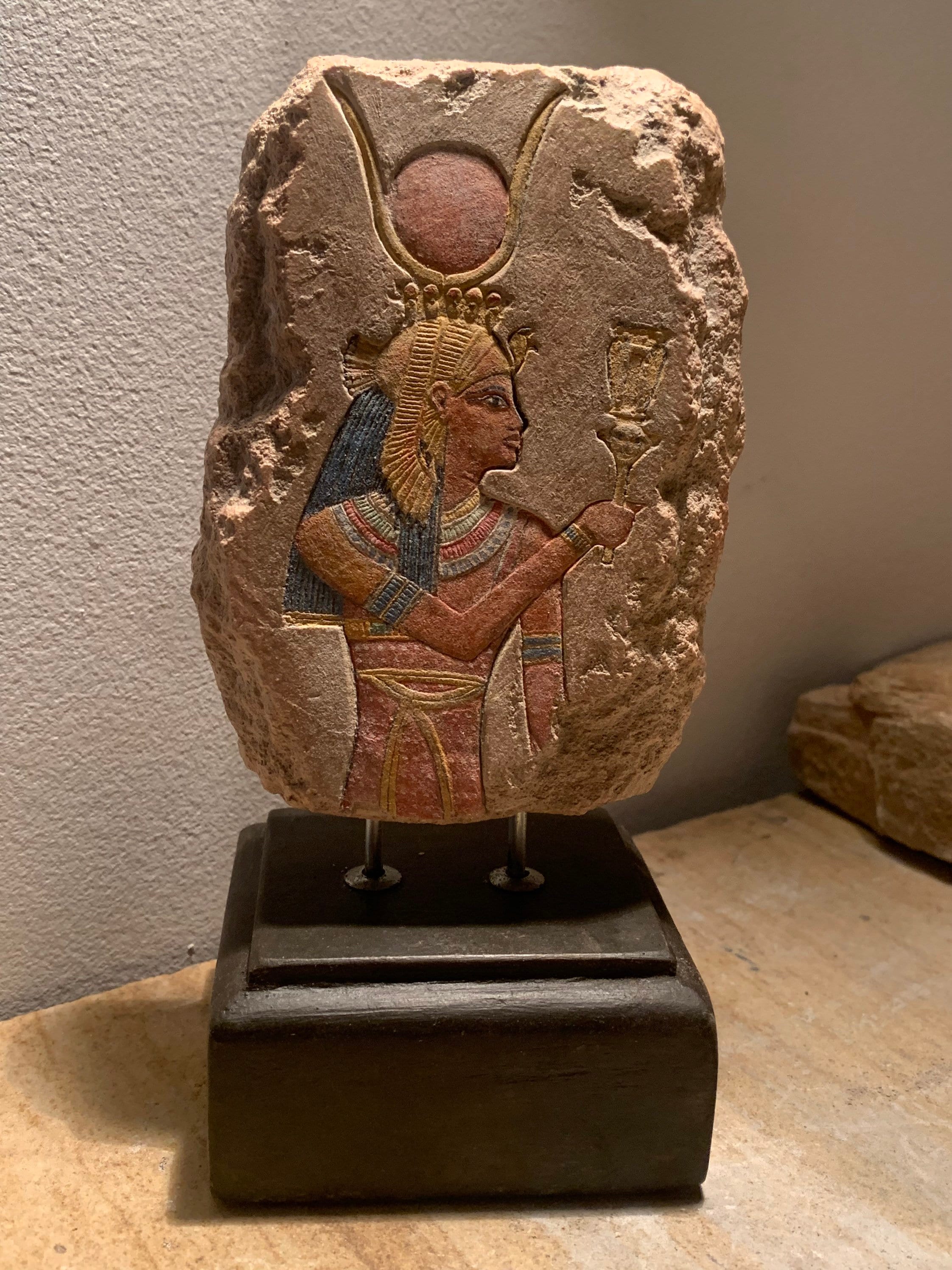 On offer here is a 2020 replica of one of my painted fragments featuring one of the most powerful and enduring goddesses from the Egyptian pantheon - Isis / Aset.

Made of a limestone and quartzite composition stone, this signed piece is mounted permanently on a felt based stand.

Isis / Aset - a goddess of mothers and magic. Her influence was felt across the Mediterranean and she was worshipped from the very foundation years of ancient Egypt right into Roman times gaining substantial patronage across the empire.

Her temple on the Island of Philae in the south of Egypt was the last bastion of Egyptian religious culture when the coming wave of Christianity closed the temple doors for the last time and sadly this was where the very last hieroglyphs were written before the ancient written language died out.

In this detailed representation, Isis wears a complex combination headdress incorporating the solar disc of Ra the sun god encircled by cows horns. The latter feature was borrowed from the goddess Hathor whom she shared many characteristics with and holds the temple rattle of Hathor in her right hand.
The horned sun disc crown rests on a modius of small rearing cobras which in tern rests on the vulture crown of Mut - another mother goddess.
Motherhood, protection and powerful magic are but a few of her most popular attributes.

Subtle colours of the Egyptian palette enhance the image of this beautiful goddess.