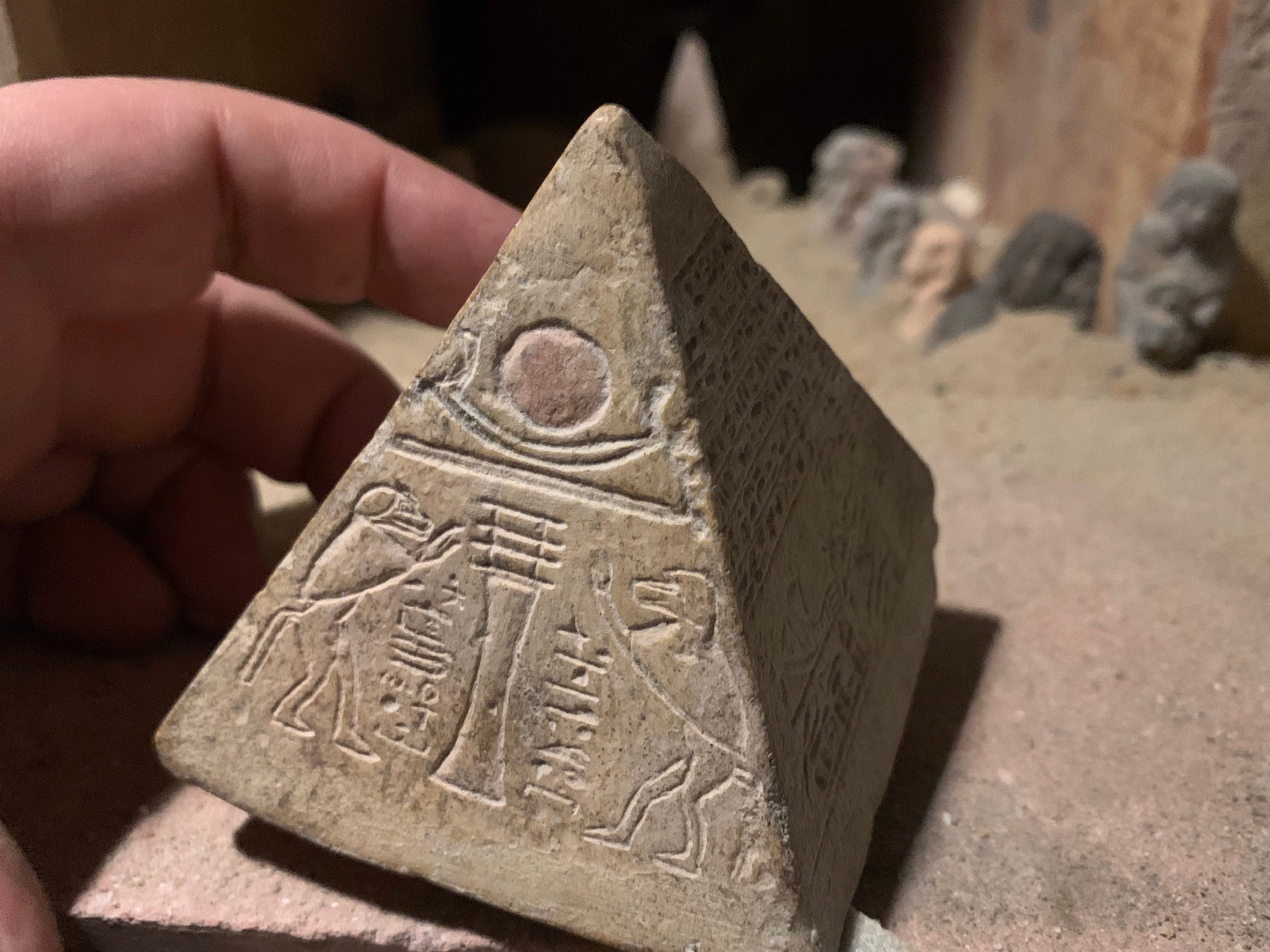 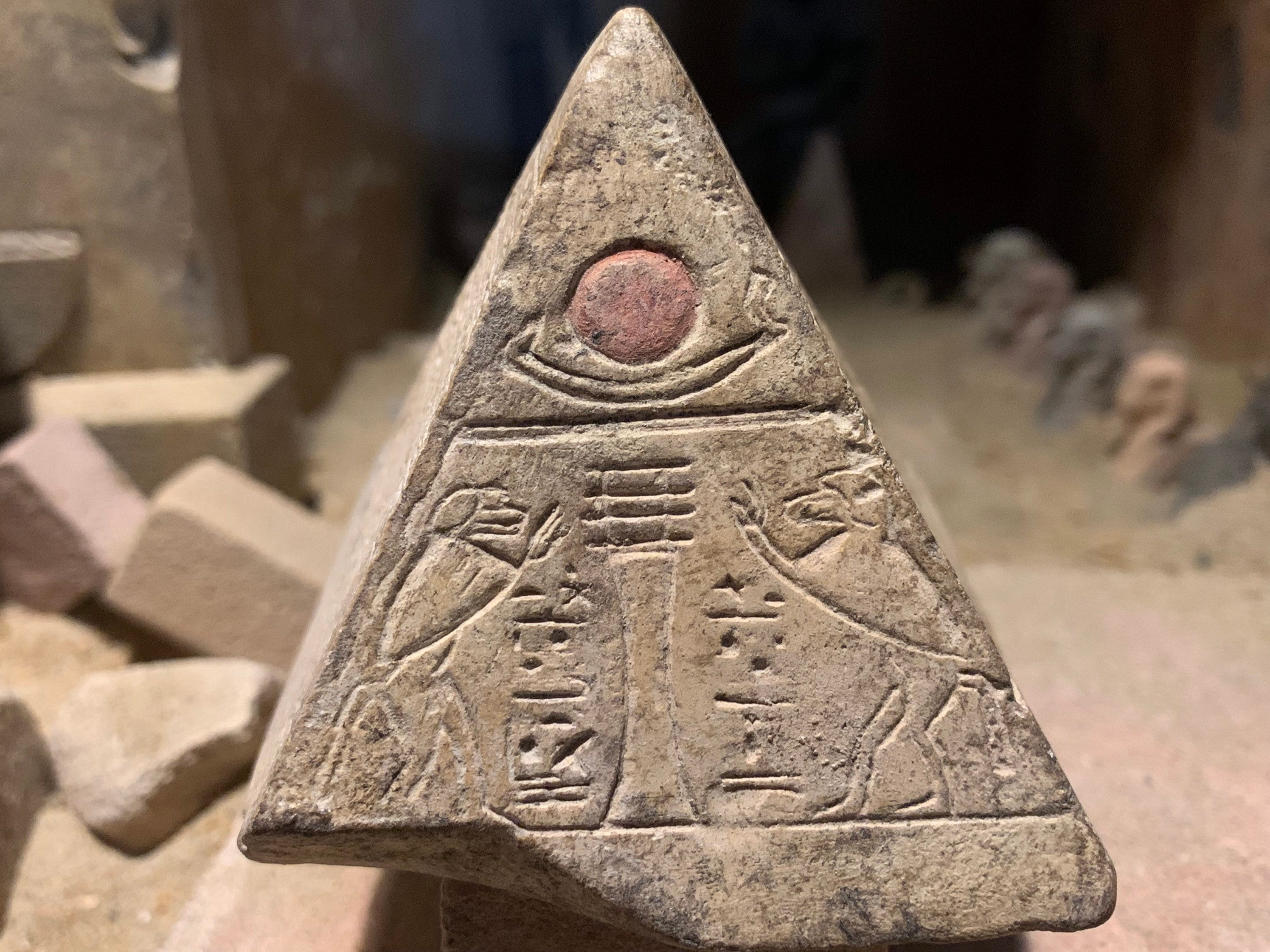 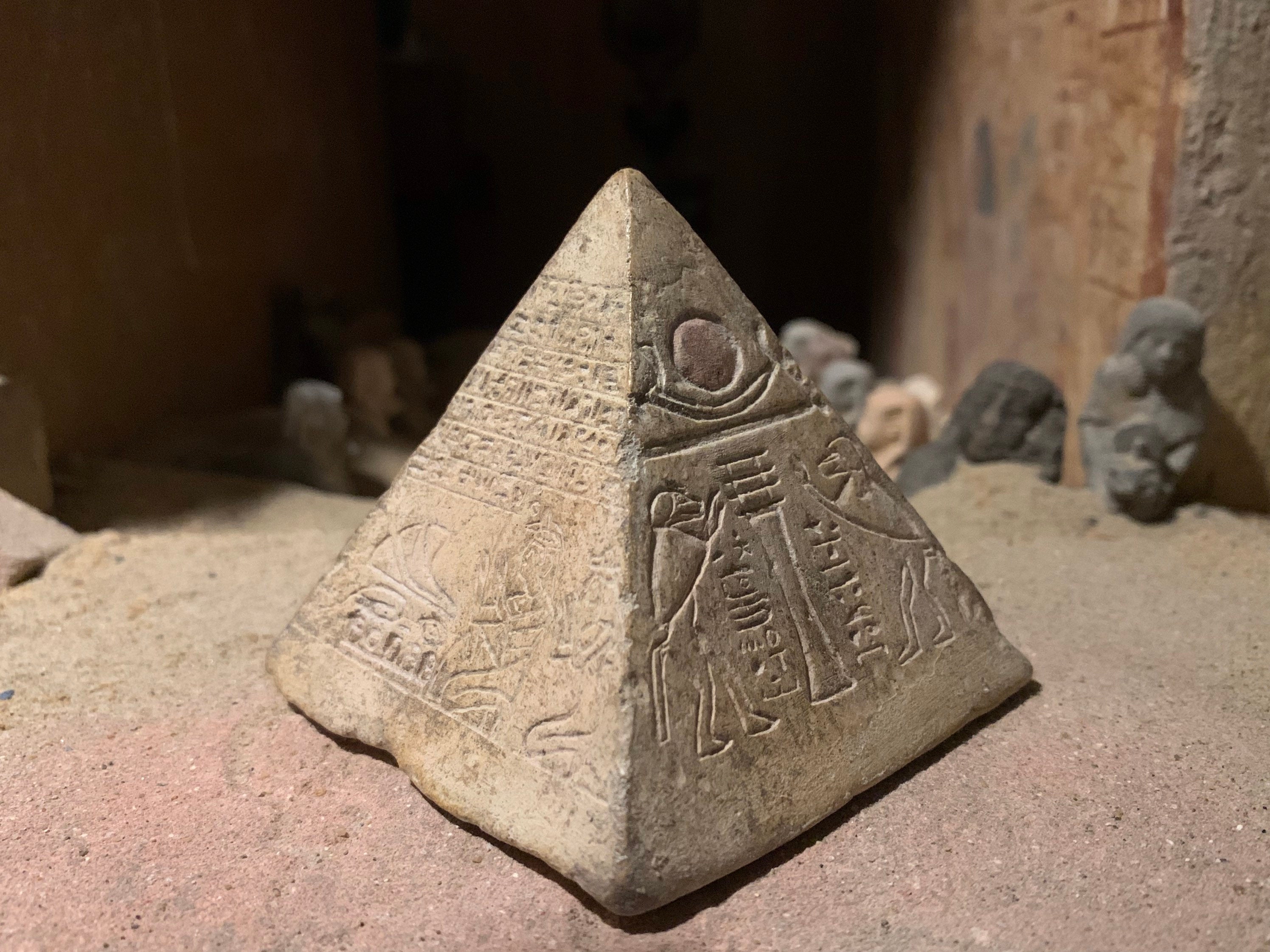 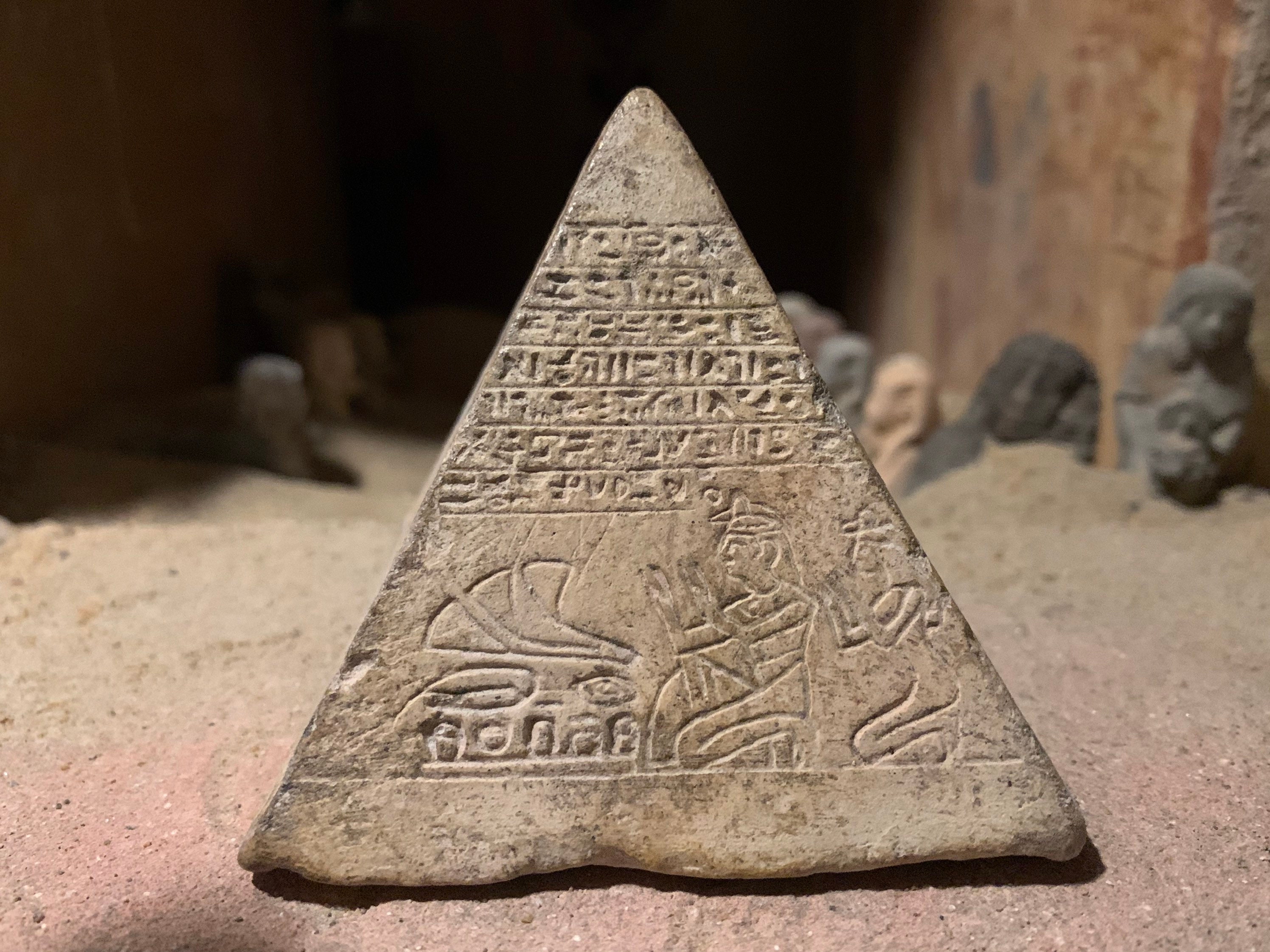 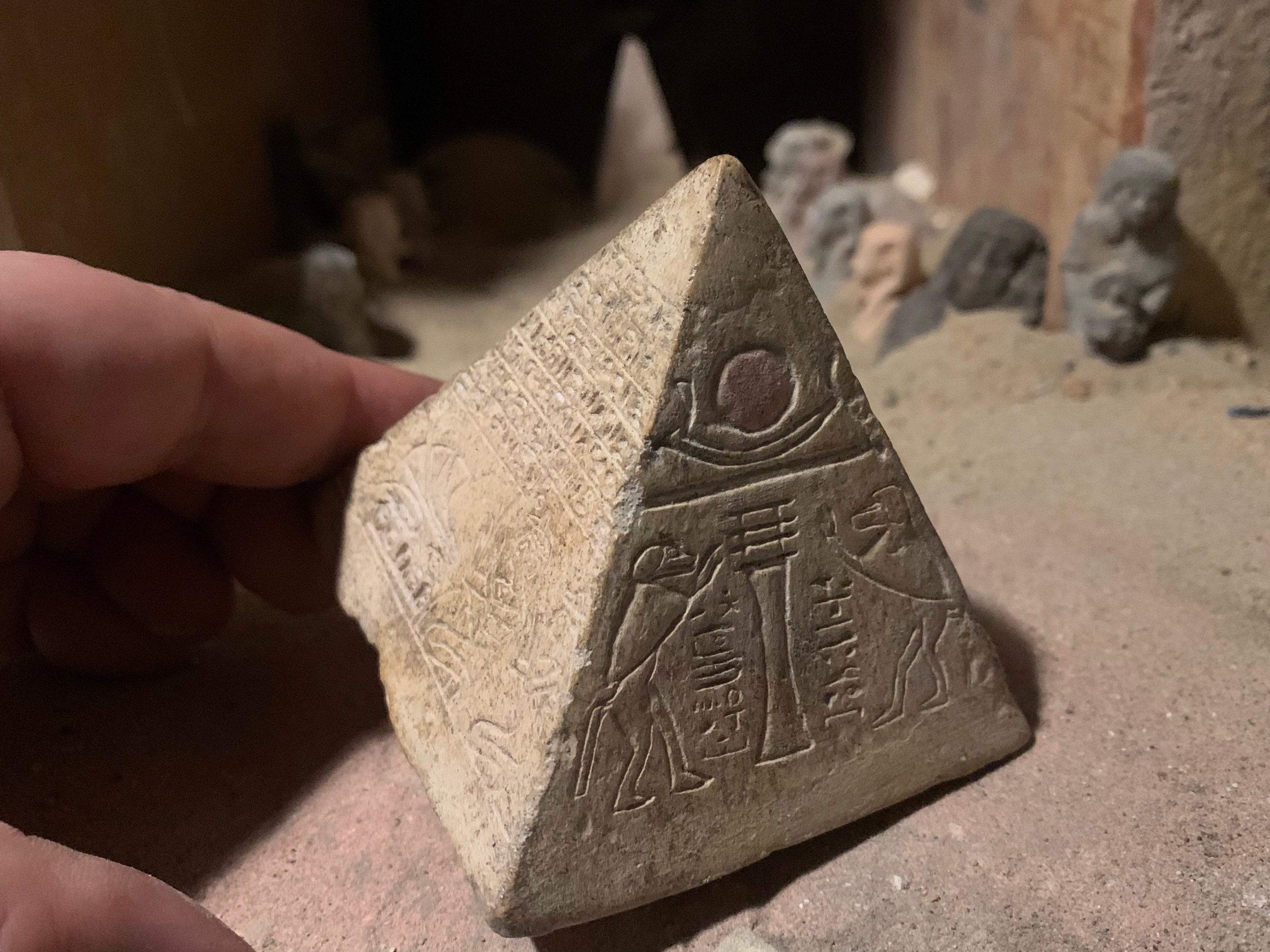 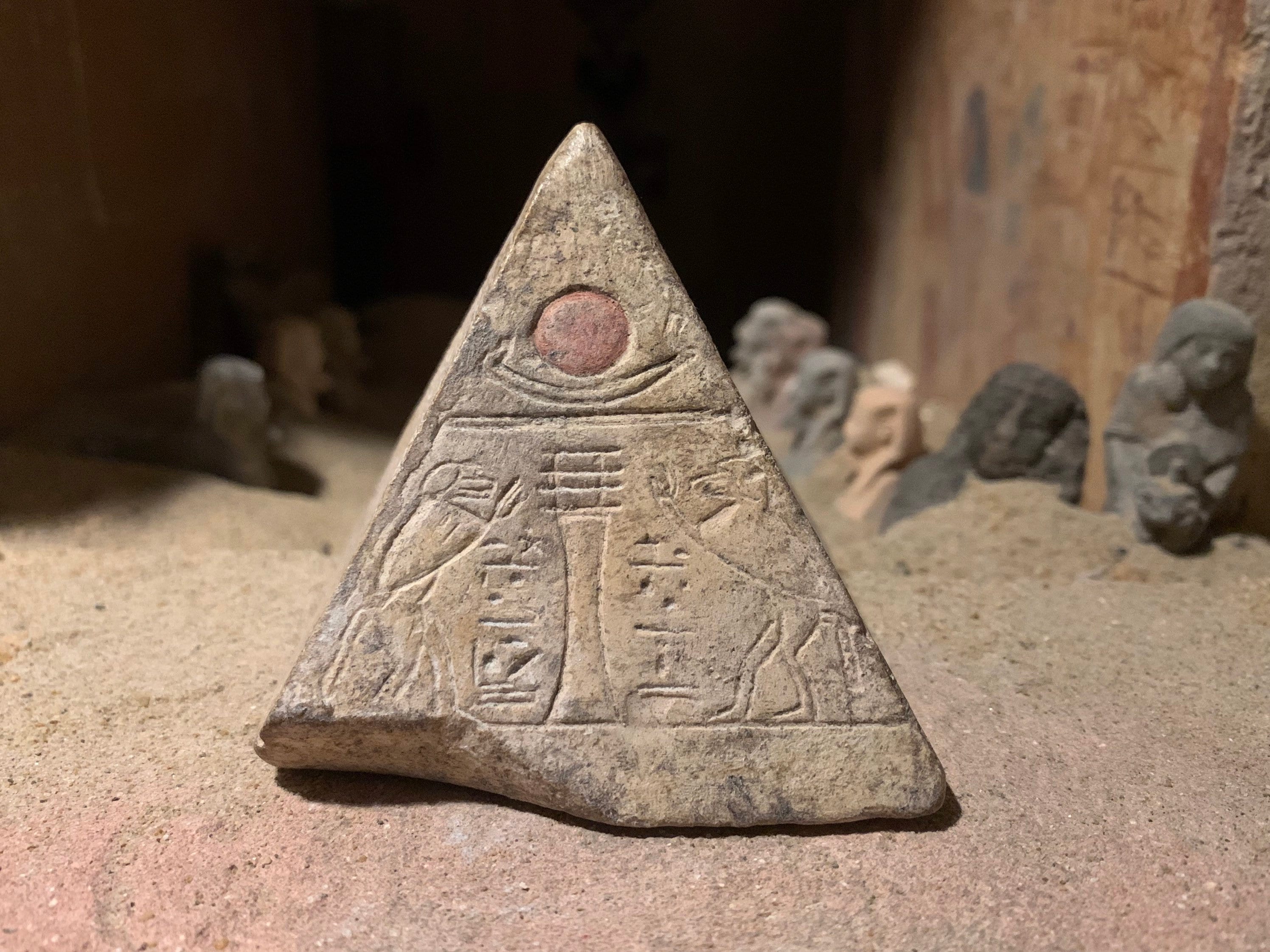 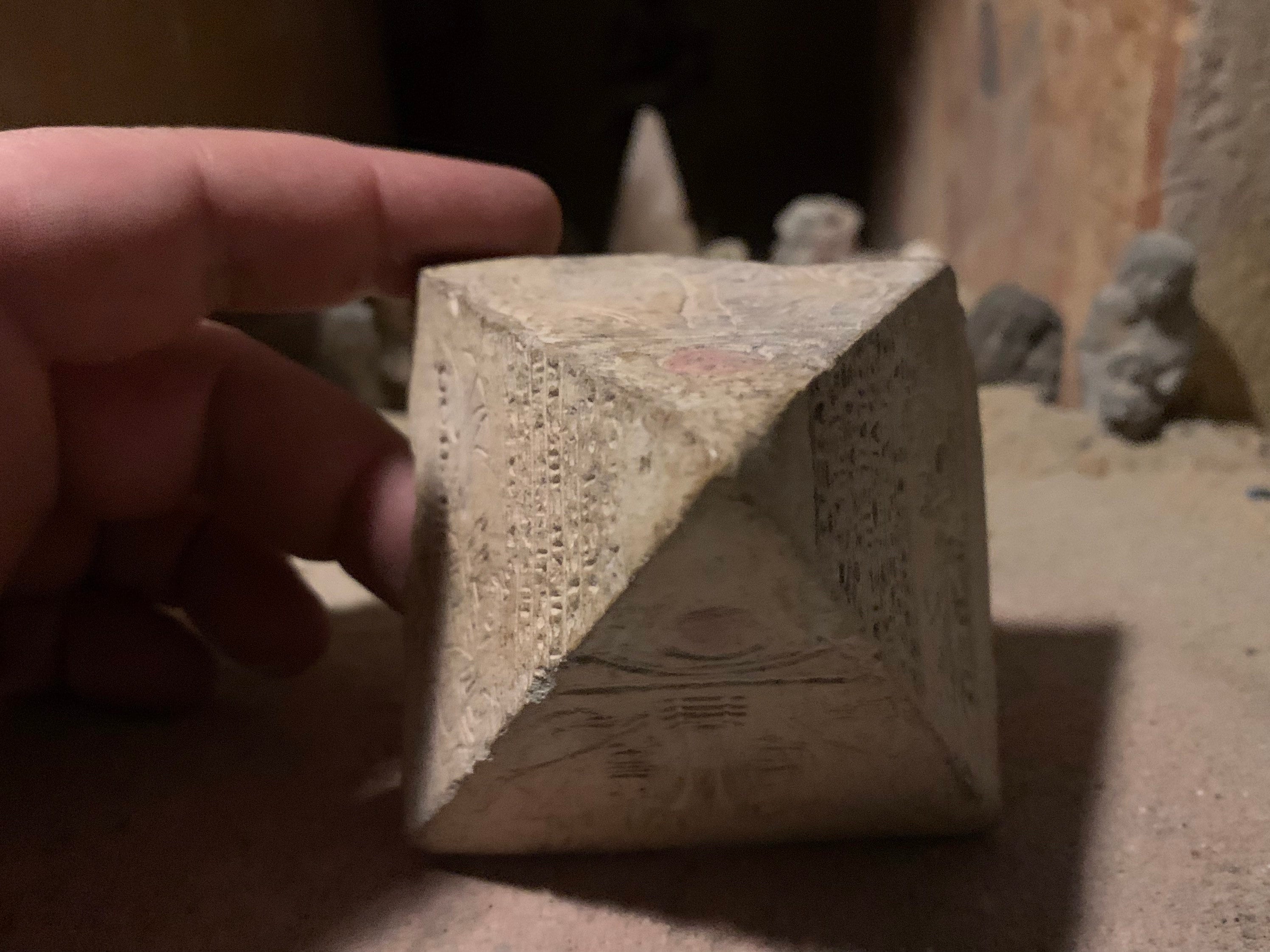 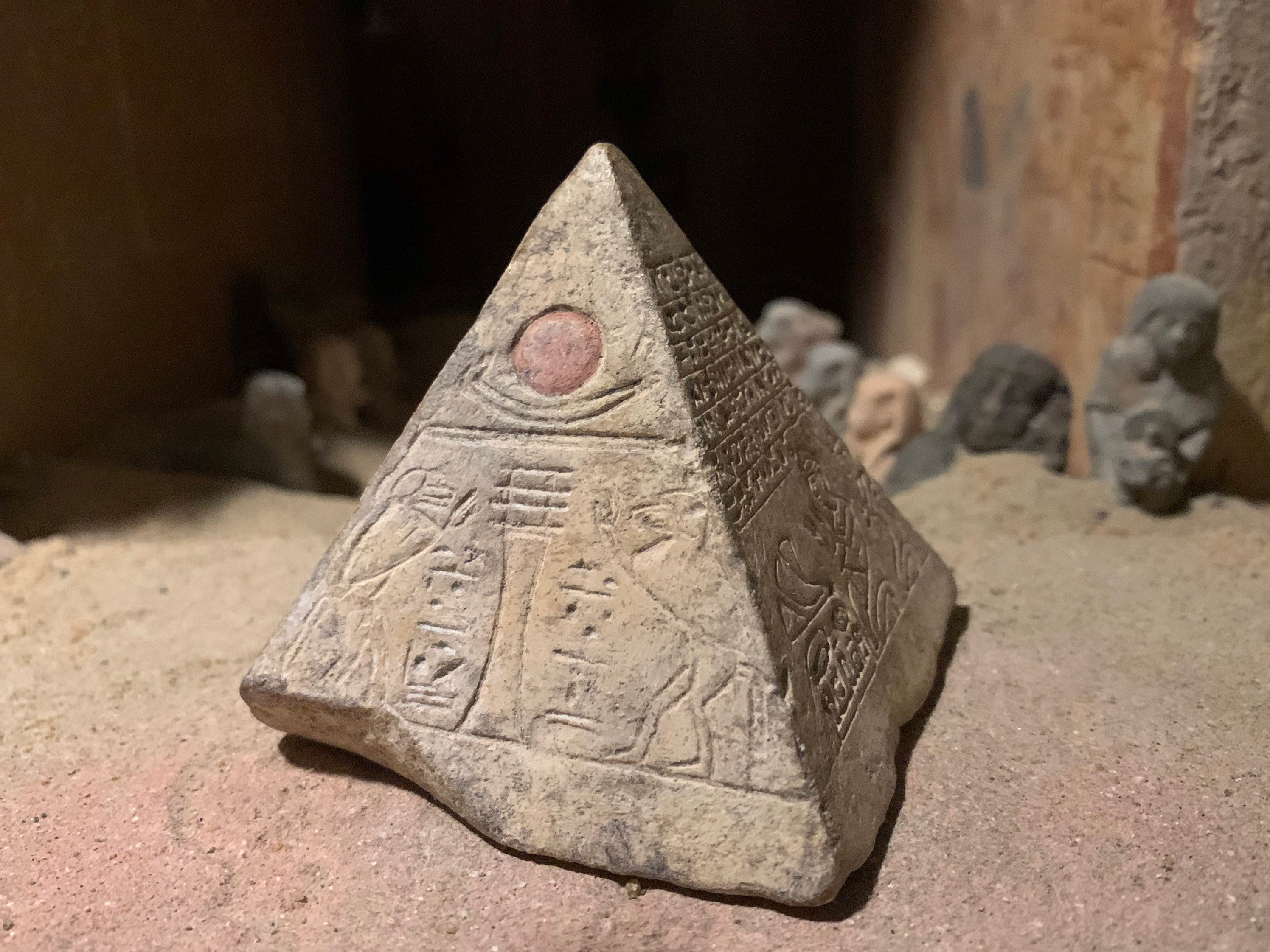 On offer here is a fine replica of a pyramidion which is the decorative capstone of a monumental pyramid.

This example features the tomb owner and his wife offering prayers to the god Osiris and have placed 3 stylized lotus flowers as offerings in front of them.

The other image shown features the god Osiris represented as a djed pillar flanked by two standing baboons with arms raised in adoration. The djed pillar a symbol of strength and stability could also be used to represent the actual god Osiris.

The baboons represent the presence of Thoth, one of the moon gods and well known as the god of writing and keeper of records. Thoth could also be depicted as an Ibis.

Above this register can be seen the boat of Ra the sun god which has passed through the 12 gates / hours of night to be greeted by the howling baboons at the dawn of a new day.

The scene in total is a resurrection spell which would be the hope of the tomb owner.

The piece is made of a limestone and quartzite composition stone and has an aged ochre colouration with a spot of red for the sun disc.

All of the details of the original fragment are present here including the eroded portion near the base on one side.