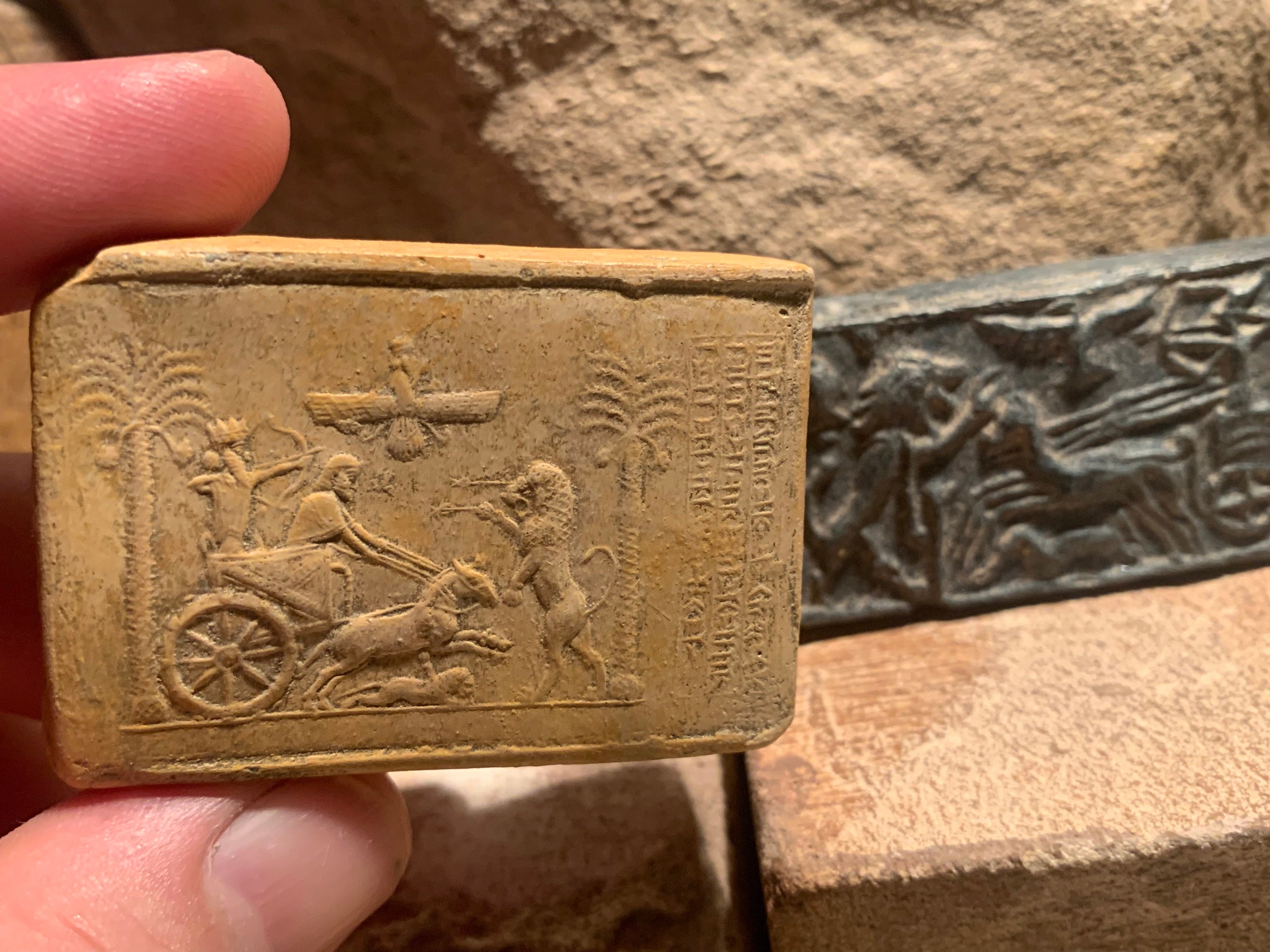 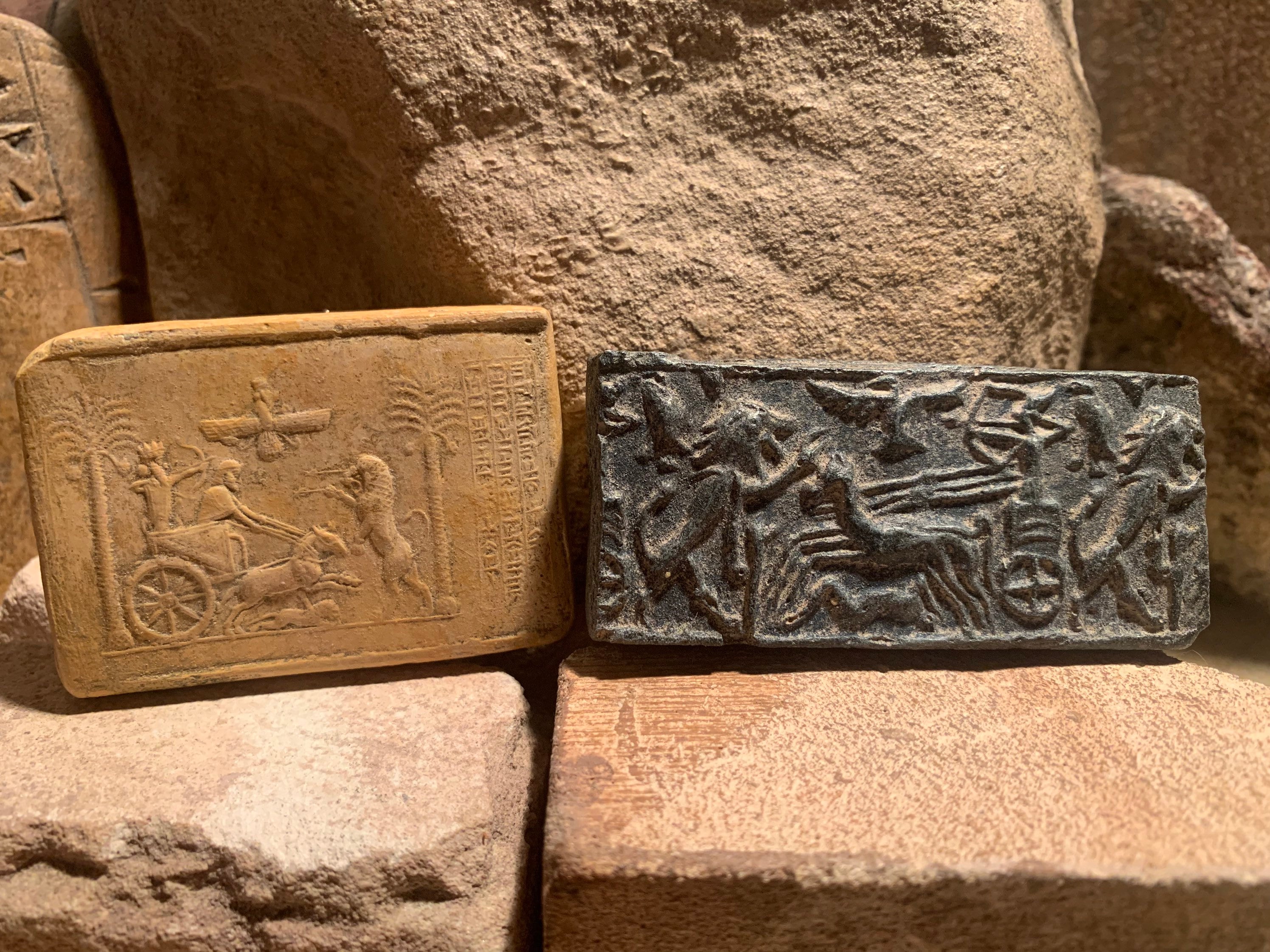 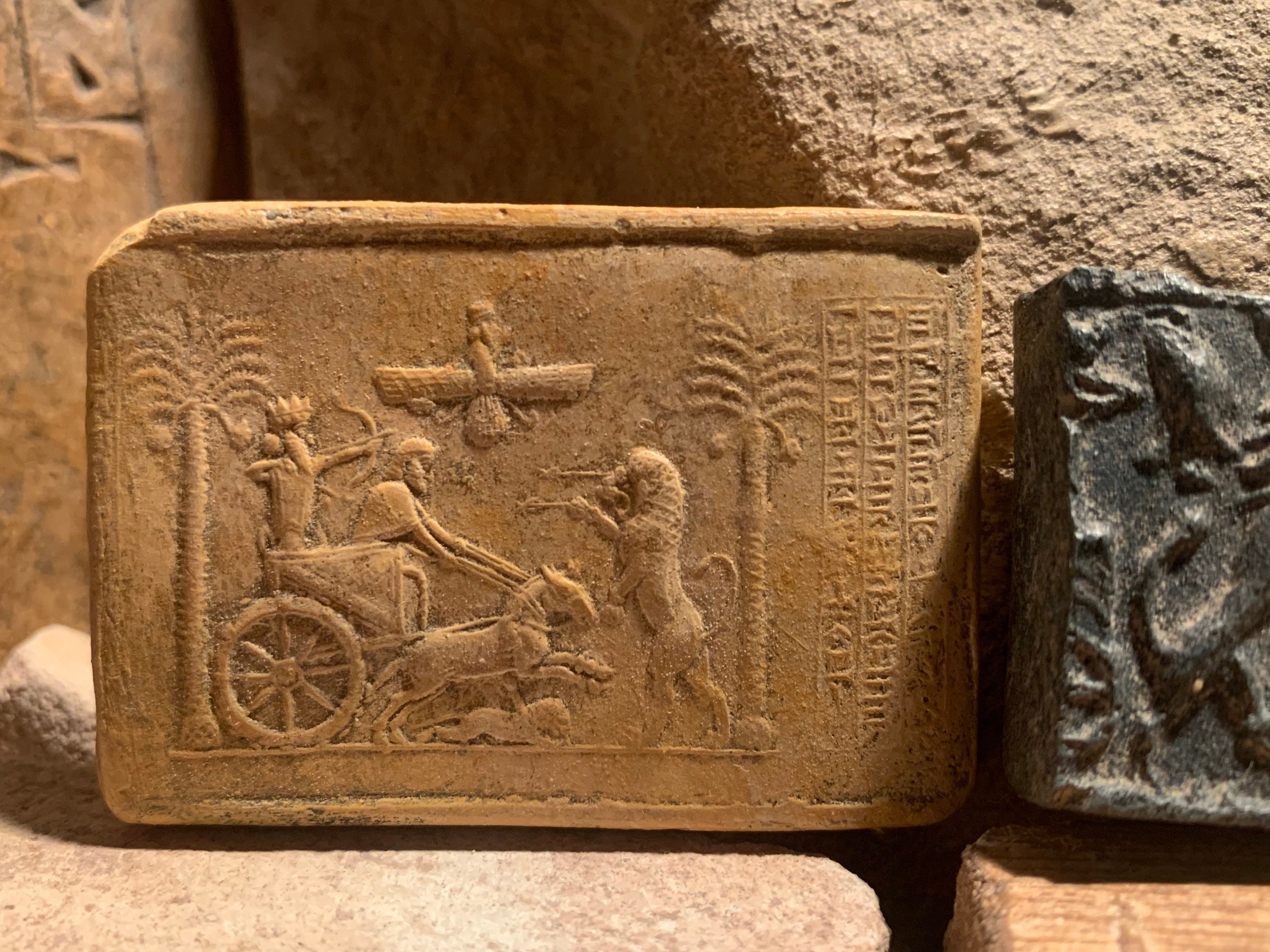 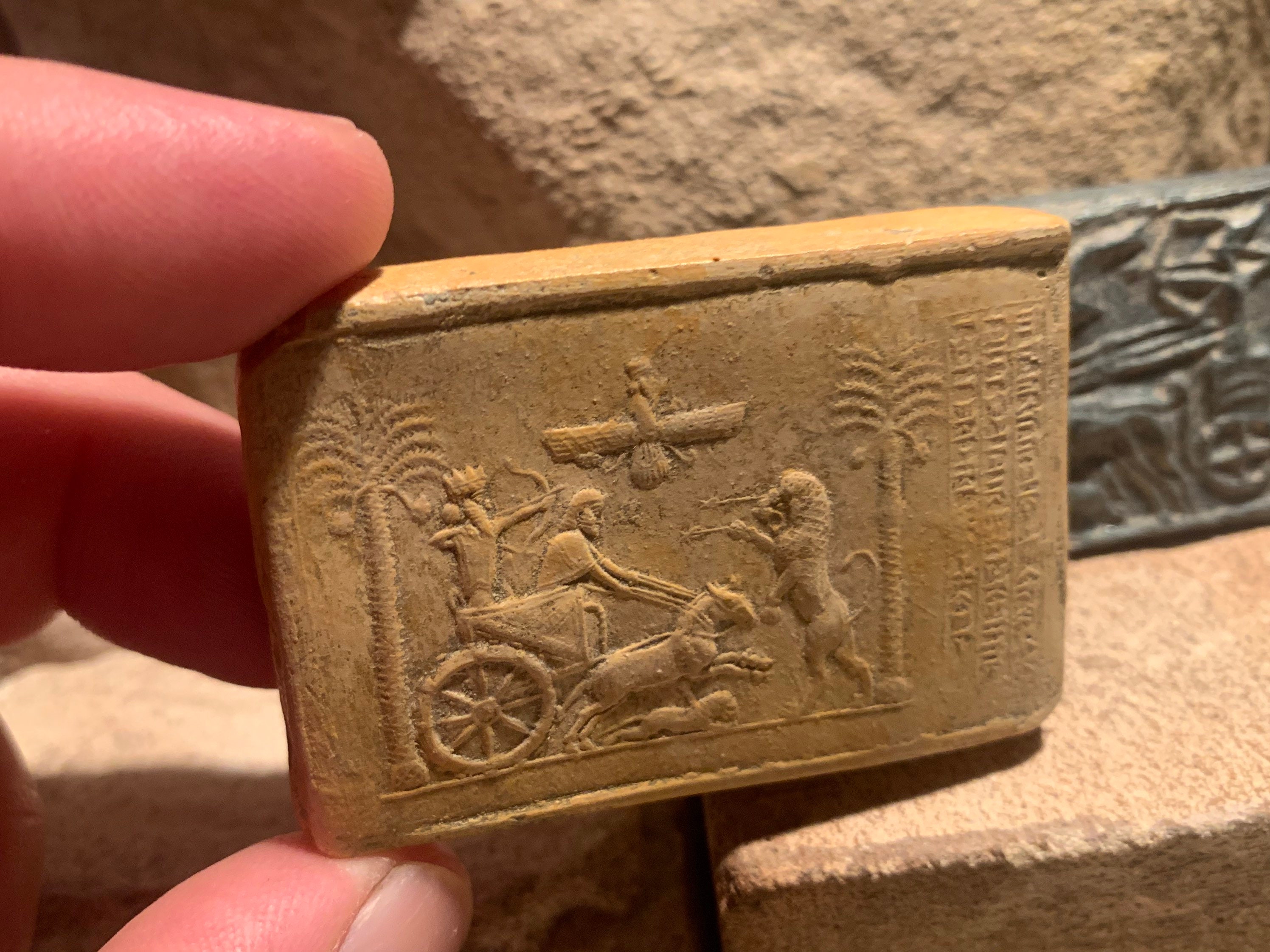 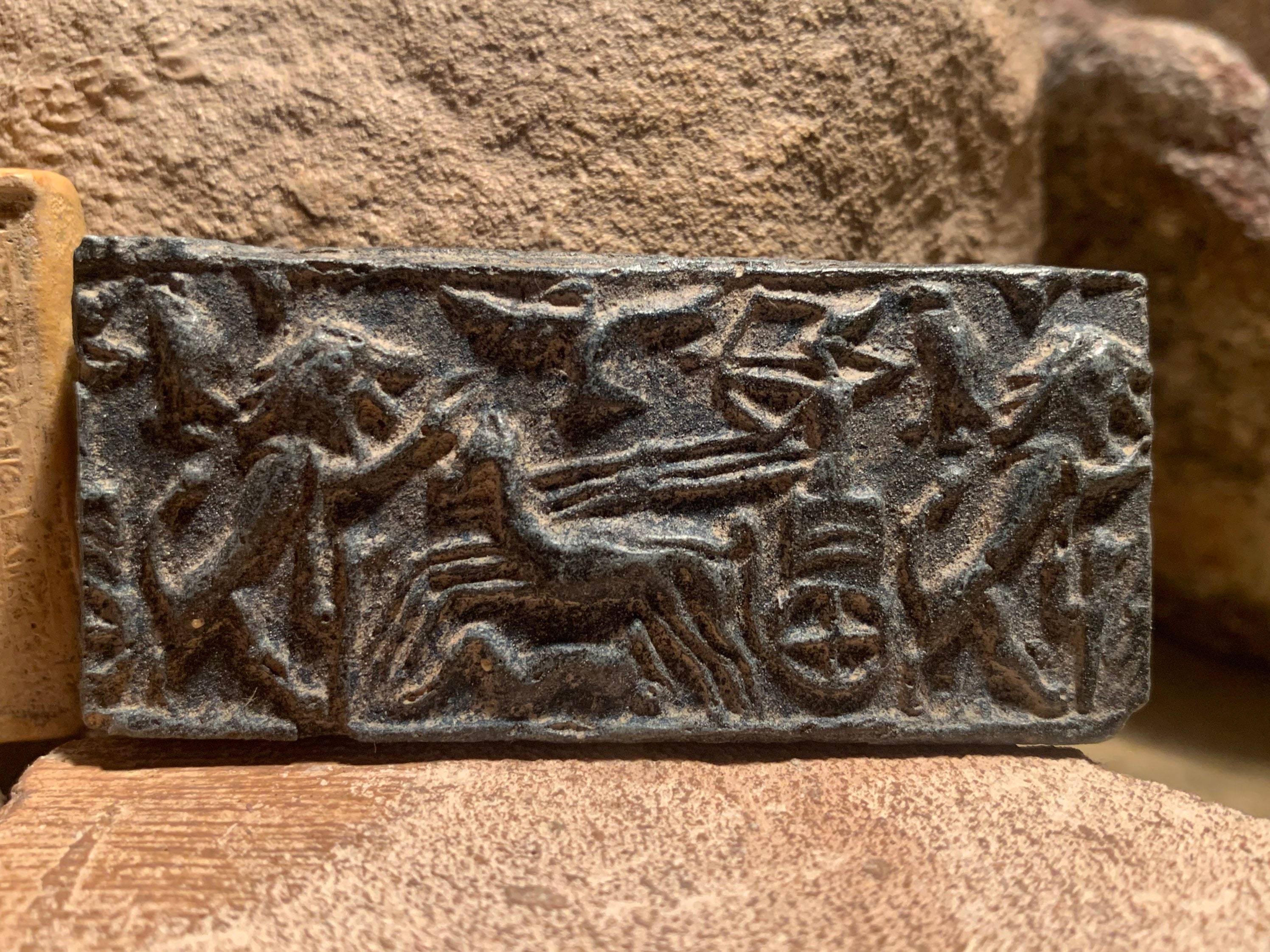 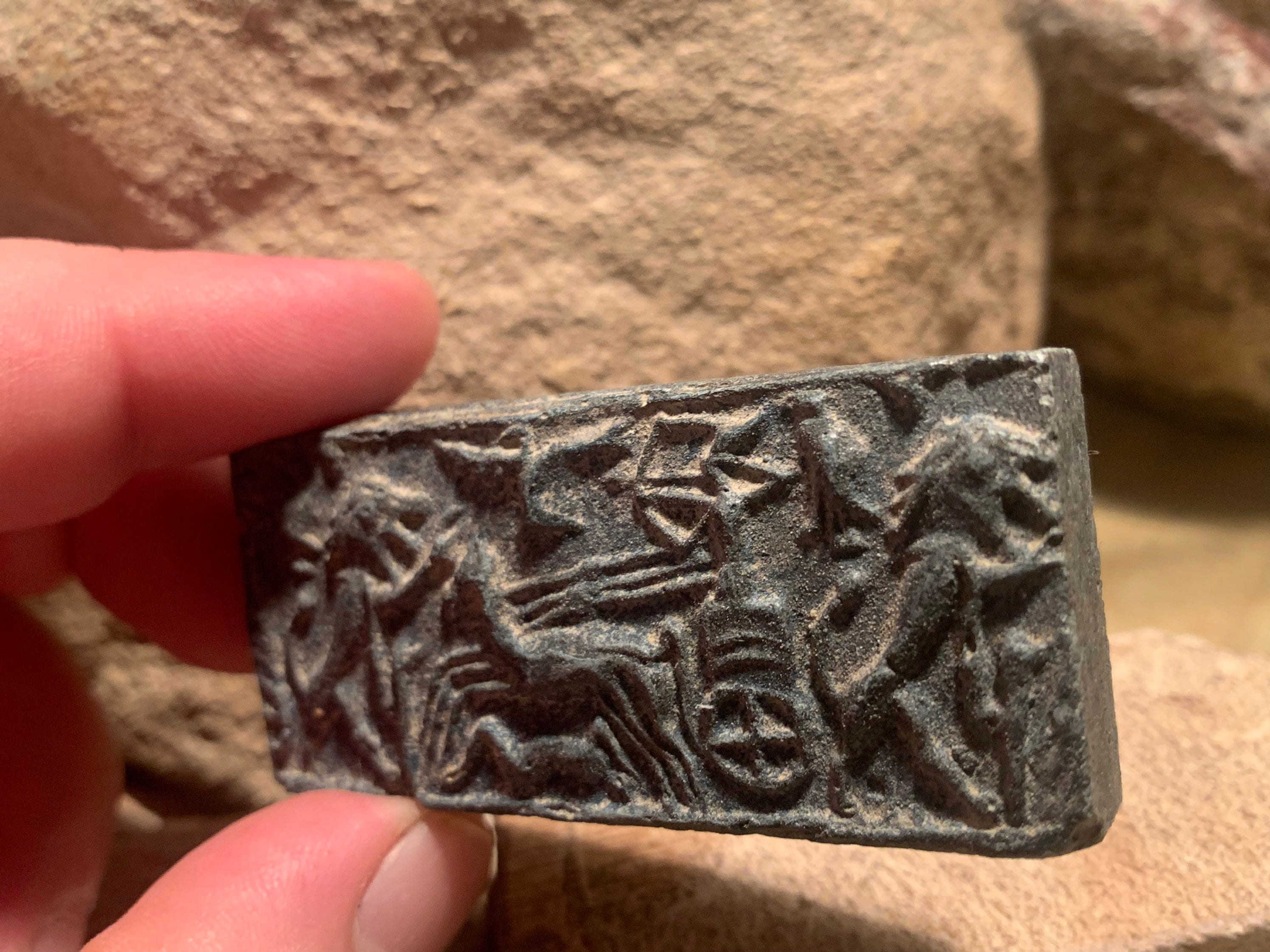 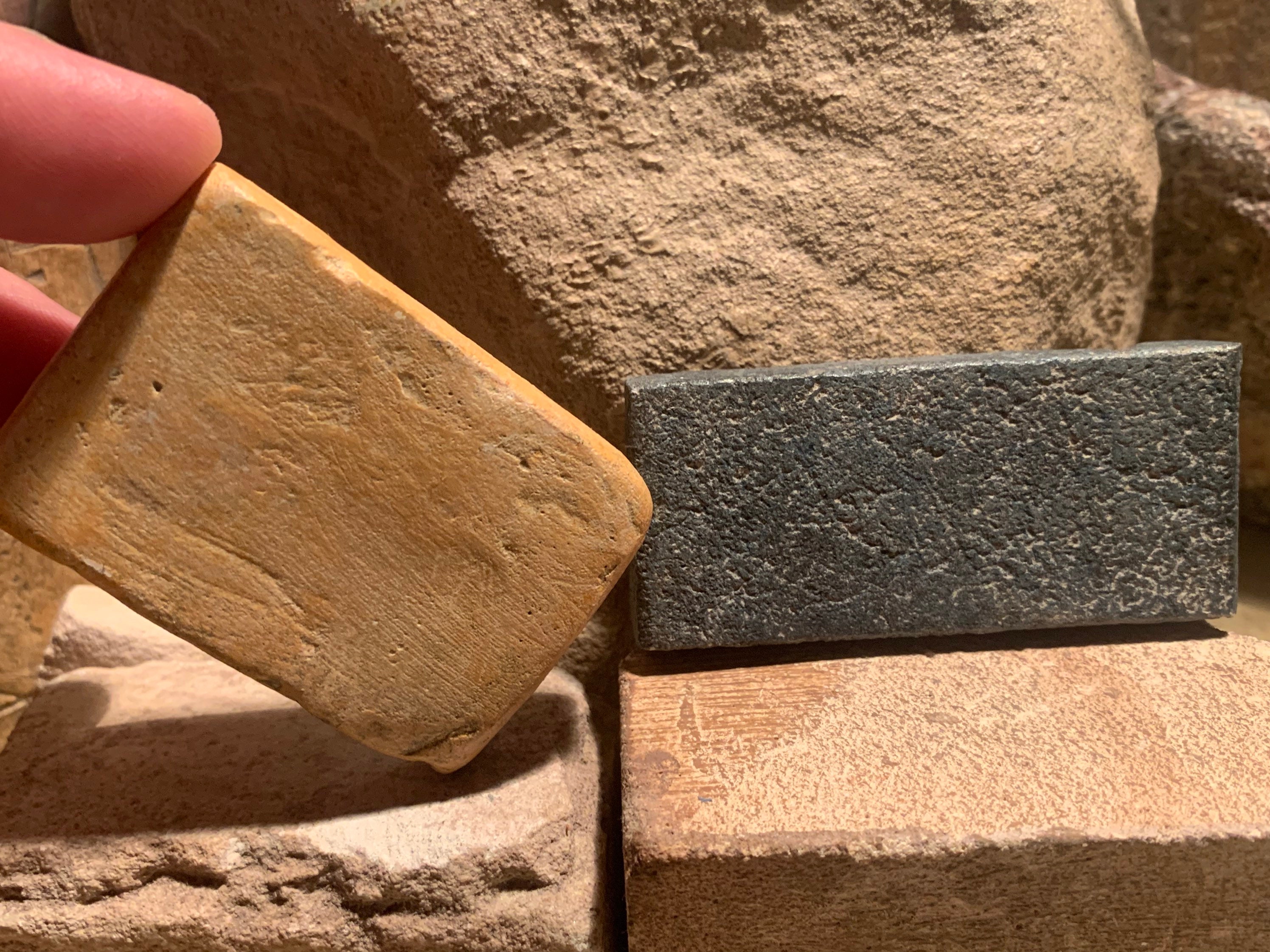 On offer here are a pair of replica cylinder seal impressions which feature the chariot at different stages of development and refinement. The early Ugarit version and the later Persian example maybe separated by many generations, but they share a common pride and desire to advertise the two wheeled marvel of the age.

Made of a limestone and quartzite composition stone it has an aged patina.

* Combined postage is available if you would like to add other items. Up to 4 seals can be sent for the one postage price!
* Any excess shipping paid will be refunded taking into consideration packing and tracking.

Notes on the Ugarit seal impression

Ancient Ugarit was a strategically located sea port city in the Levant in northern Syria. The ruins are located on a headland and were excavated in the 1920's and 30's revealing a mass of Cuneiform Akkadian texts. The texts describe among other things, strong political ties with Egypt and the Hittites and the subsequent fraying of said ties.
Egypt had a particular influence as a major trading partner with much of the 'cedars of Lebanon' passing through this port city to feed the needs of the artisans and craftsman of Egypt.
Egypt had limited timber resources and relied heavily on trade with her northern and southern neighbors and Ugarit was a major confluence of exotic goods.

The seal impression depicts an Ugarit king hunting a lion in a chariot, one of the earliest depictions of the vehicle. Beneath the wheels can be seen a vanquished enemy emphasizing the power and might of the king.
His headdress is very similar to the white crown of Egyptian kings.

Floating above the scene is a hawk with another bird behind the king. Again, similar iconography to the Egyptian kings who were protected by the falcon Horus who was often perched behind the king.
The adoption of Egyptian imagery merging with their own style is a sign of respect for the Egyptian culture during the period of strongest allegience.

The Darius impression shows similar iconography however Ahuru Mazda hovers above as king Darius hunts a raging lion in a palm grove. The cuneiform script details King Darius’s exploits which is symbolic of mastery over chaos.