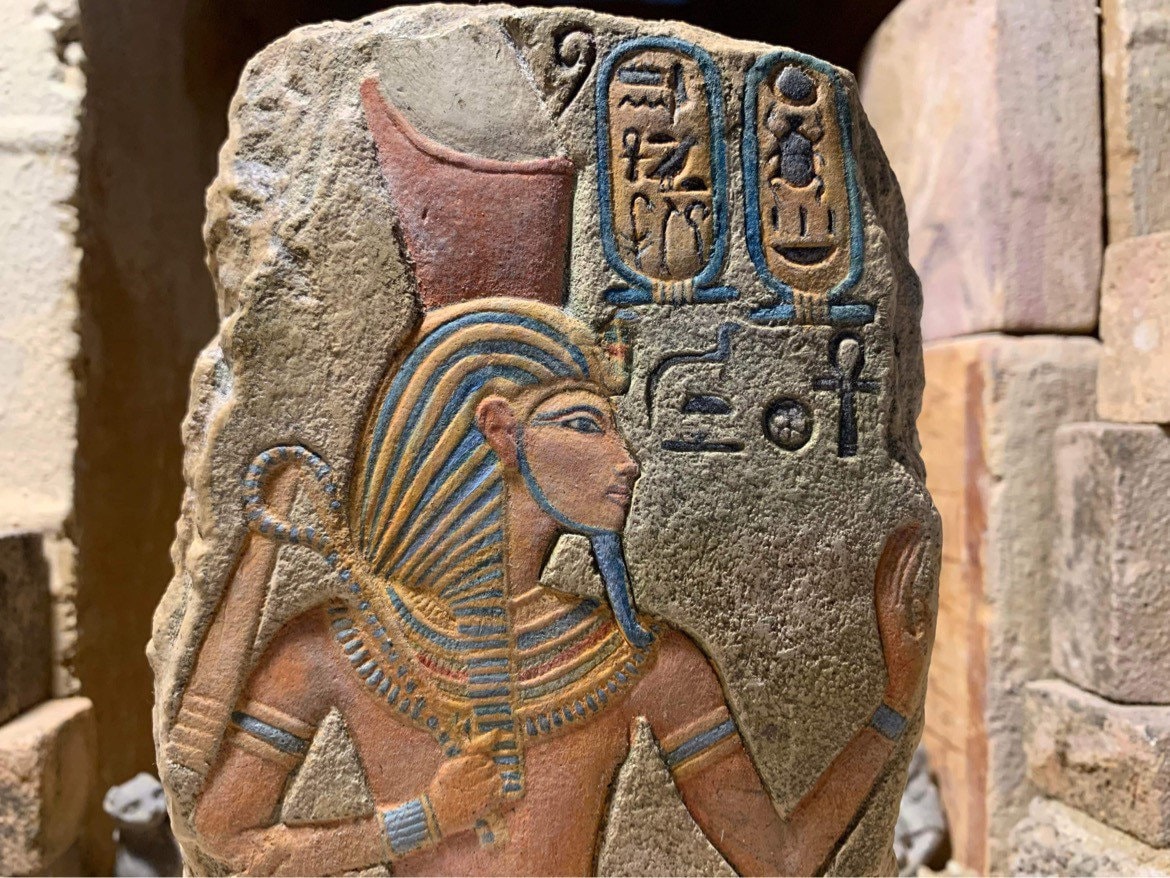 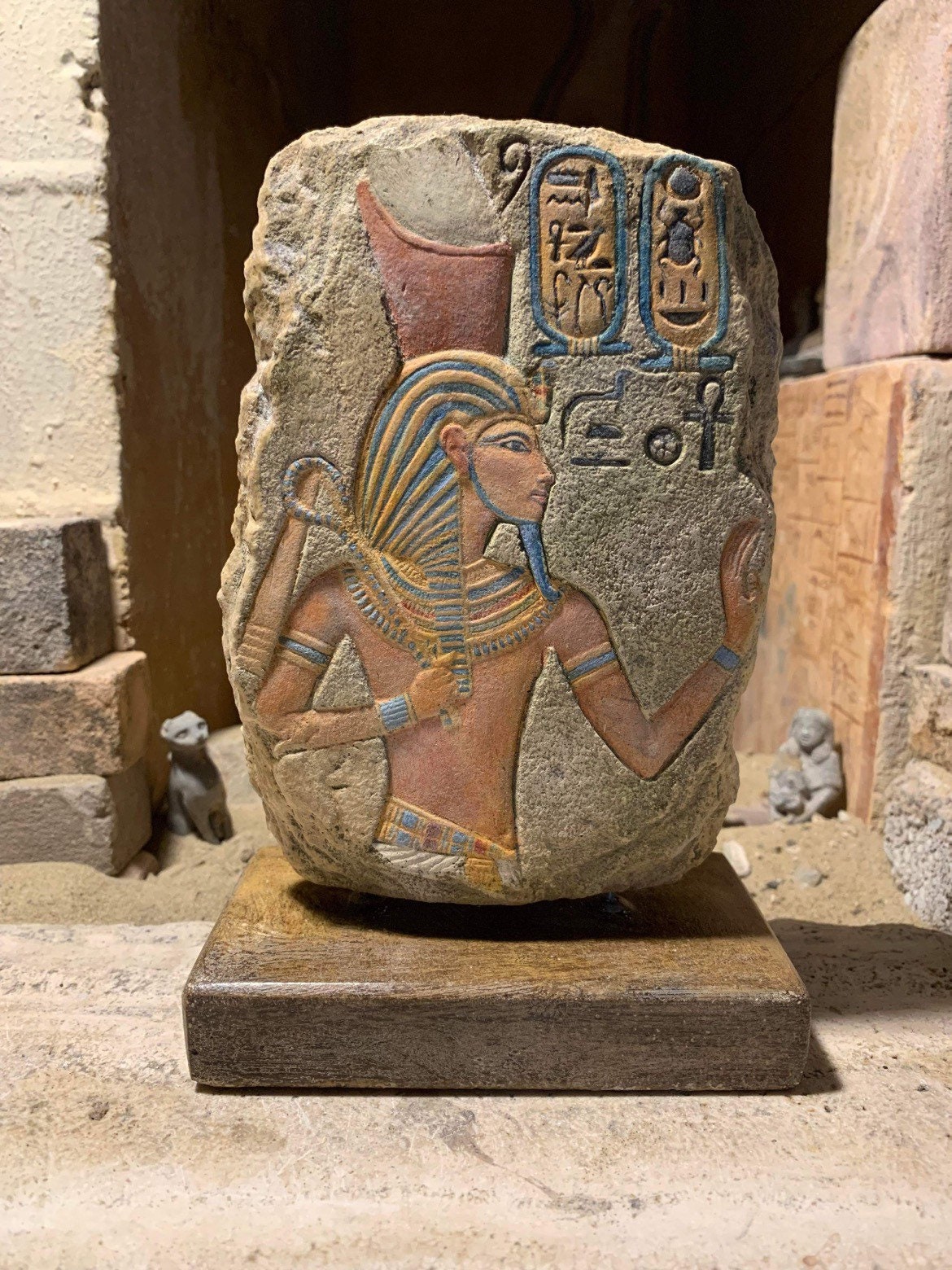 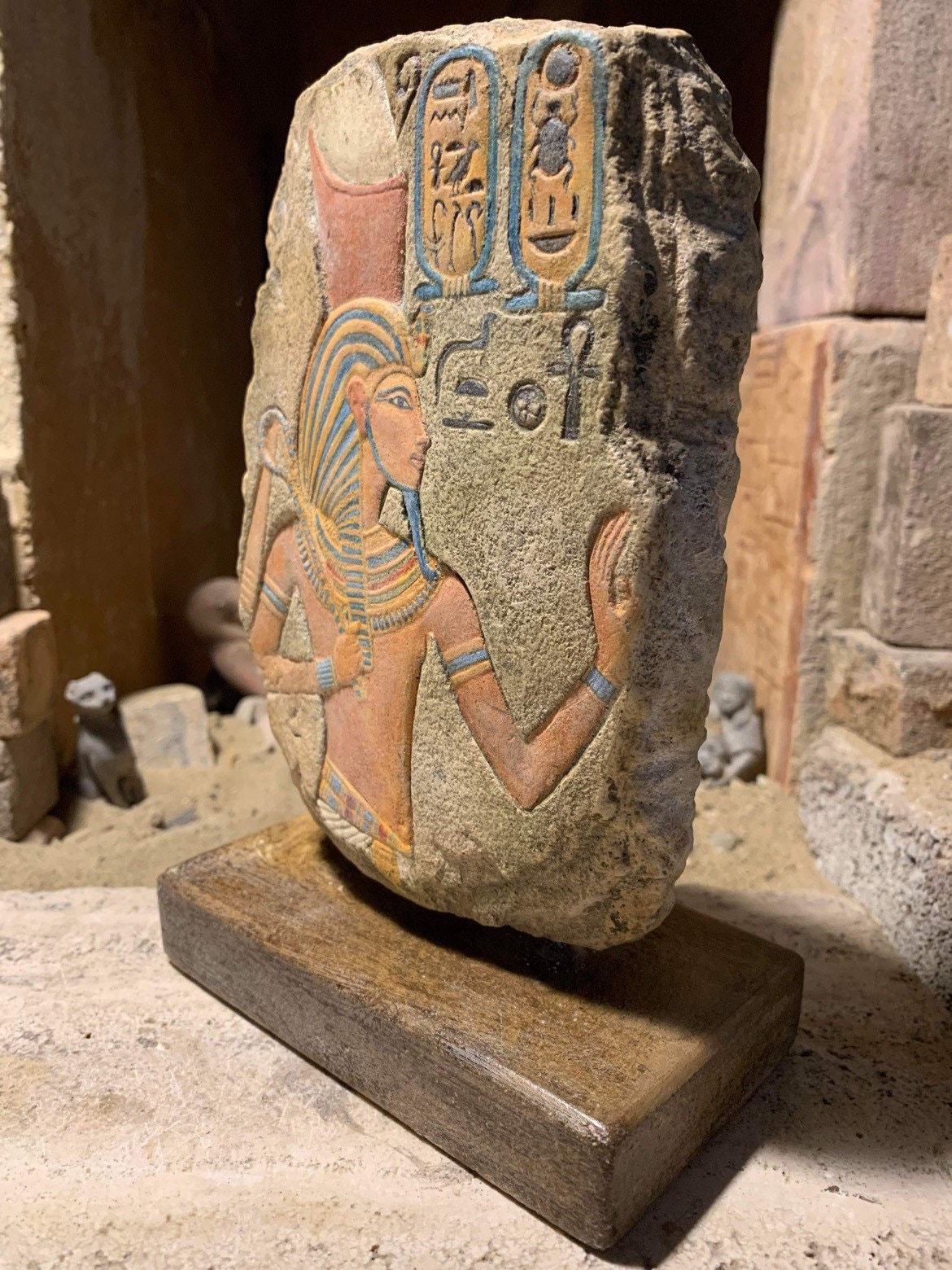 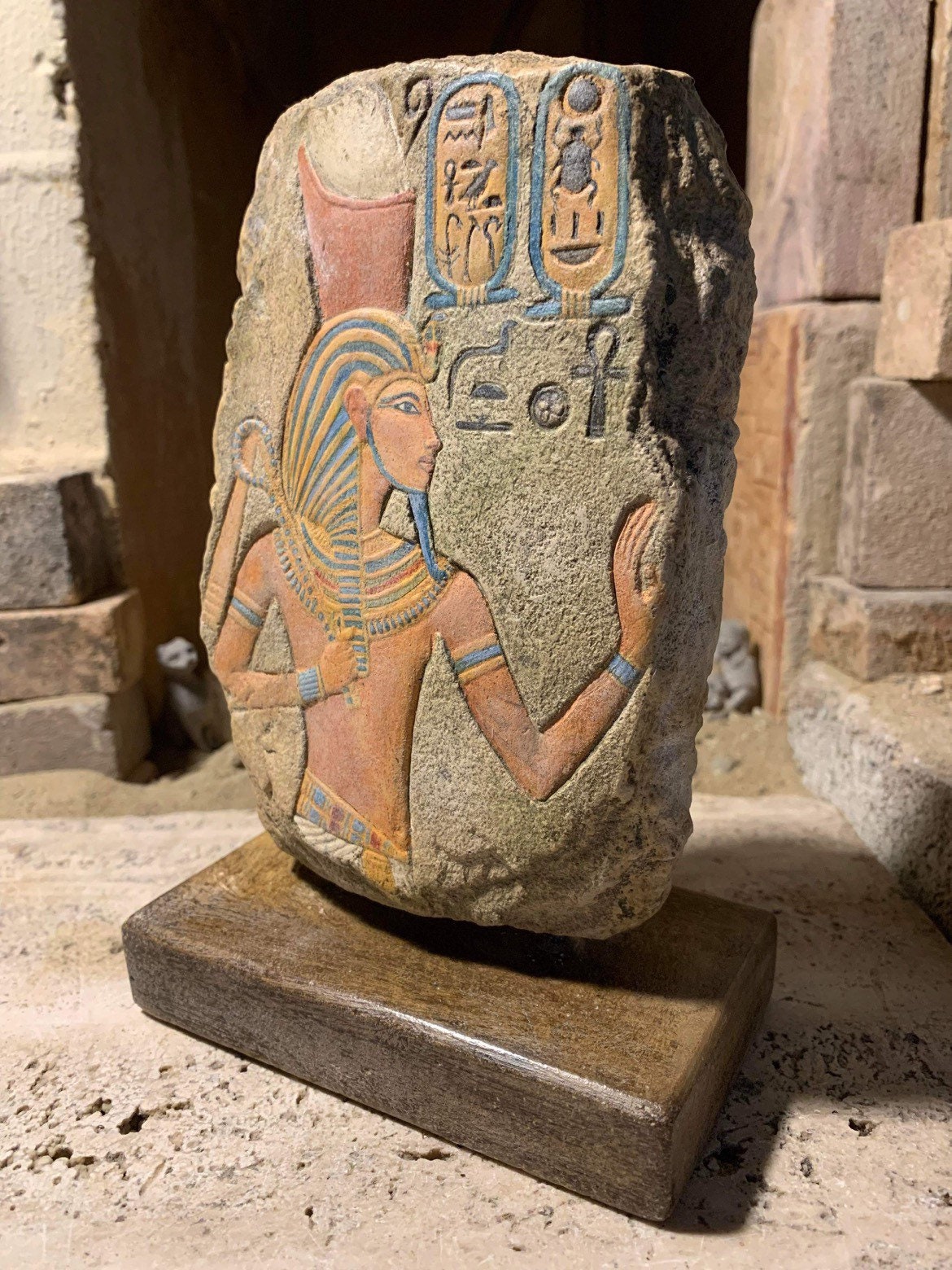 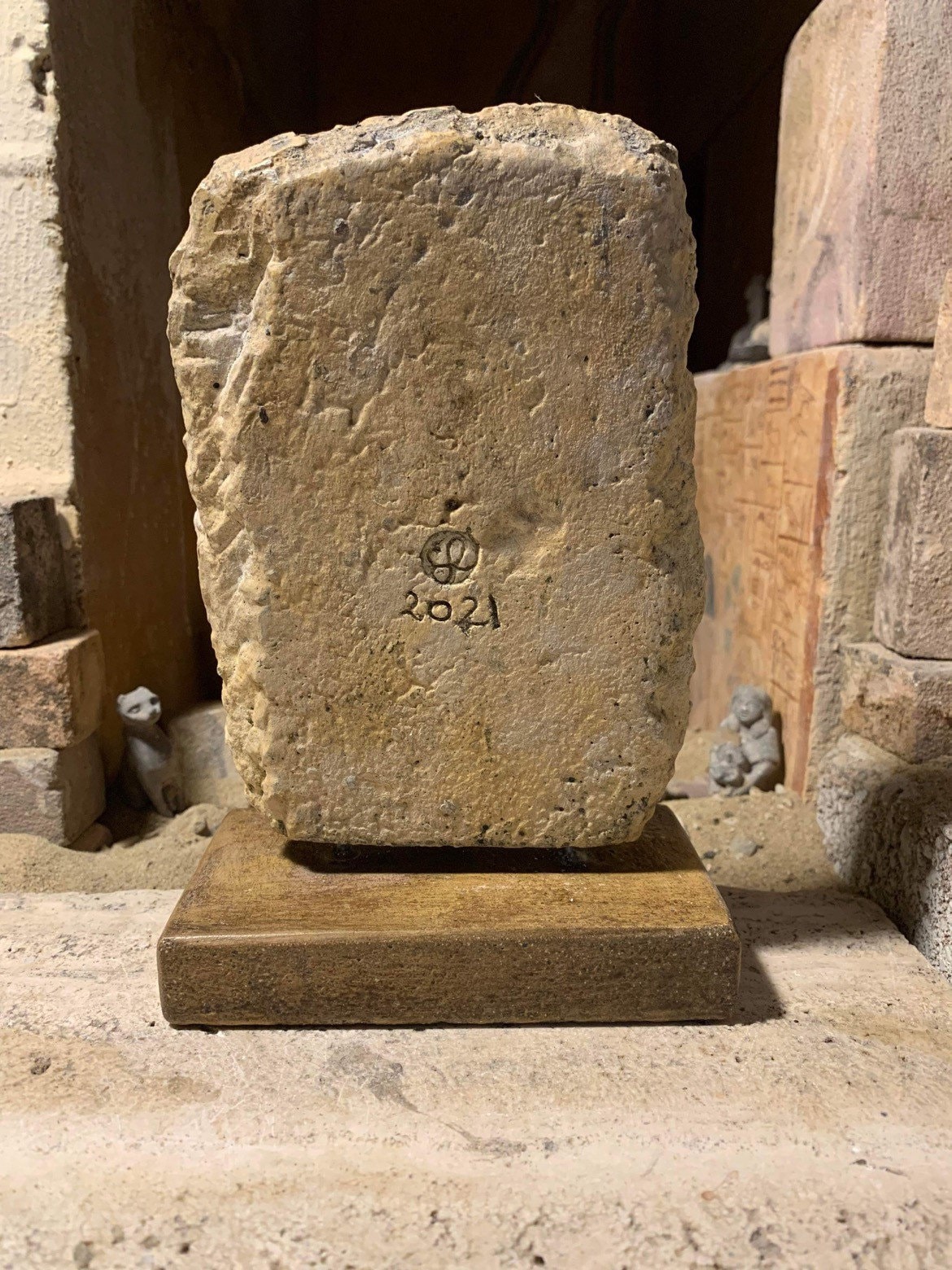 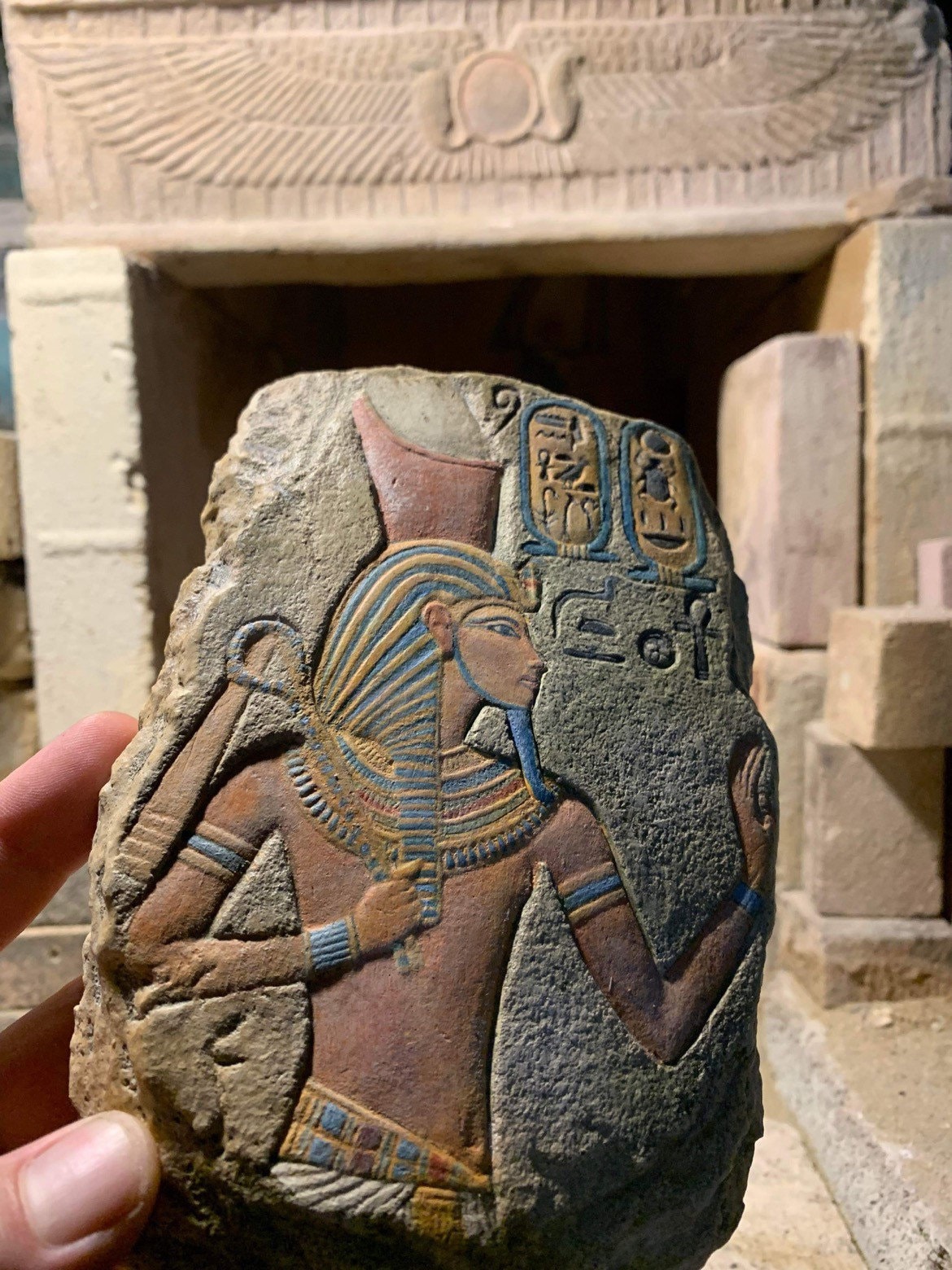 This is one of my old favourite recreations of Tutankhamun featuring a design that shows the king in elaborate costume waving an arm in adoration. His name and titles above in hieroglyphs.

The piece on offer is a replica of my mid 1990's carving and this actual one is a 2021 reissue with hand painted details to give an aged look.

It features a design that is present on a panel from one of Tutankhamun's many gilded shrines. I chose to recreate it in a stone fragment format as so few relief carvings of Tutankhamun in stone have survived.

In contrast, many statues of Tutankhamun do survive, as a result of the need to repopulate the temples of Egypt with statuary when many were defaced during the Amarna period. Tutankhamun's features were thus transposed onto the faces of the gods as it was standard practice to infuse the features of the reigning monarch into all major statuary.

In this relief he wears the double crown of Egypt made up of the red and white crowns of north and south, the so called Upper and lower Egypt. It was also known as 'The two lands' that became one under the unification brought about by king Narmer / Menes of the first dynasty.

The striped Nemes head cloth is also worn which has a uraeus / cobra on the forehead which was one of the many symbols of protection in ancient Egypt.