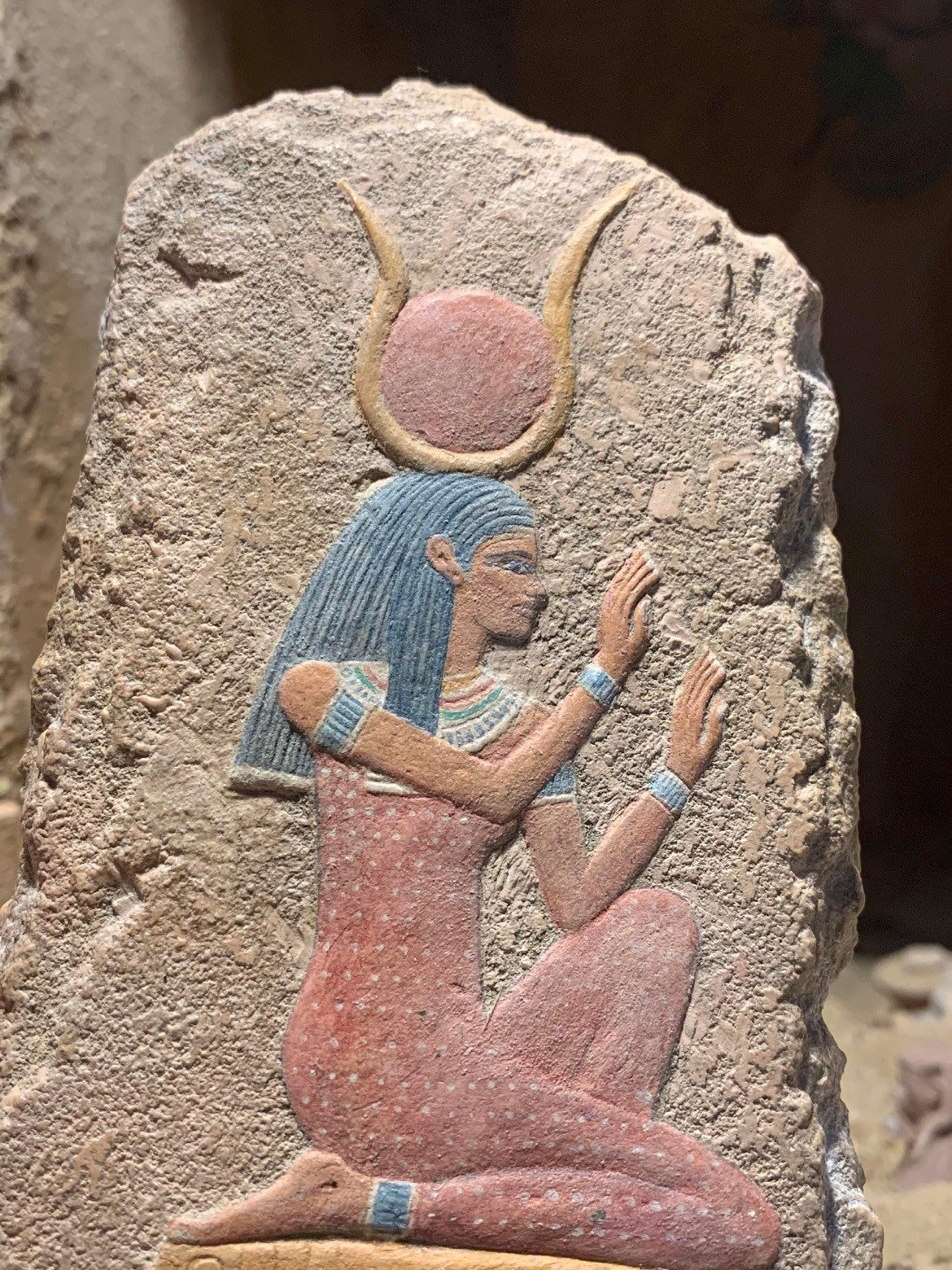 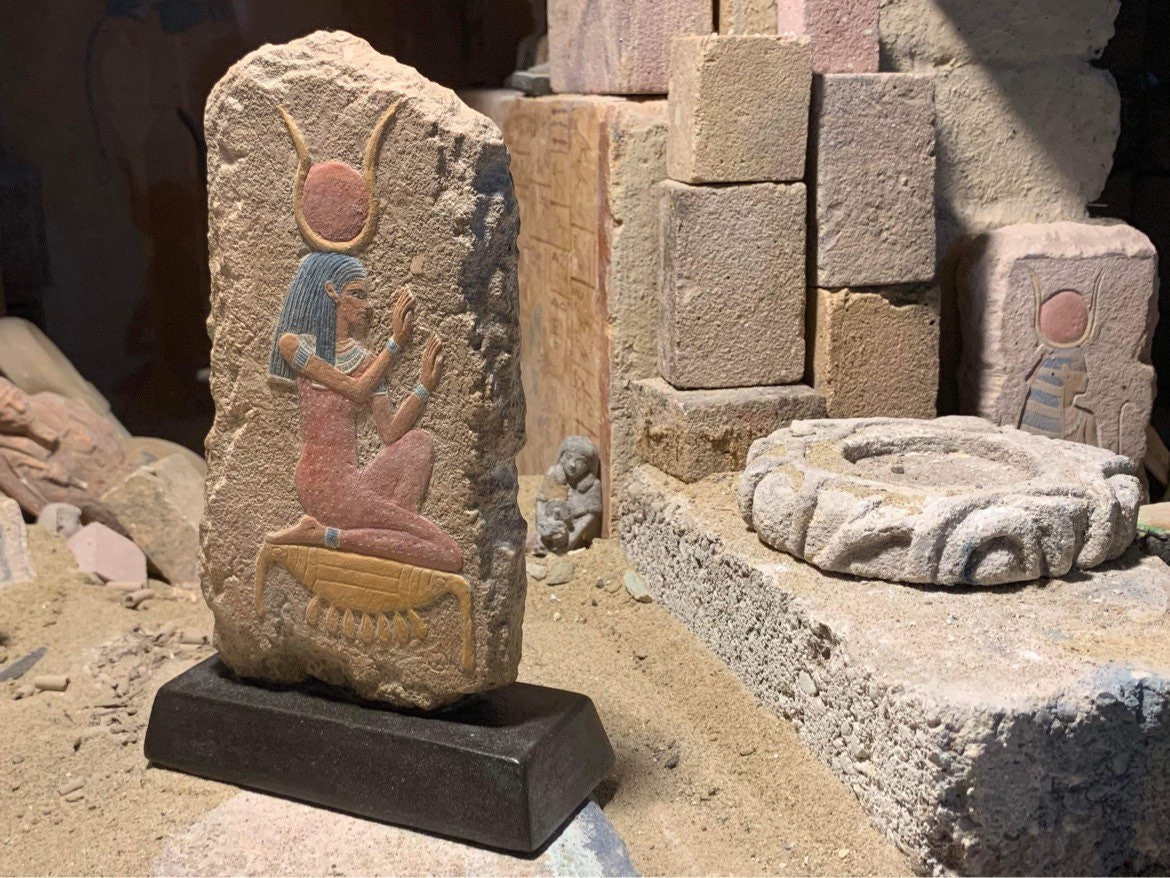 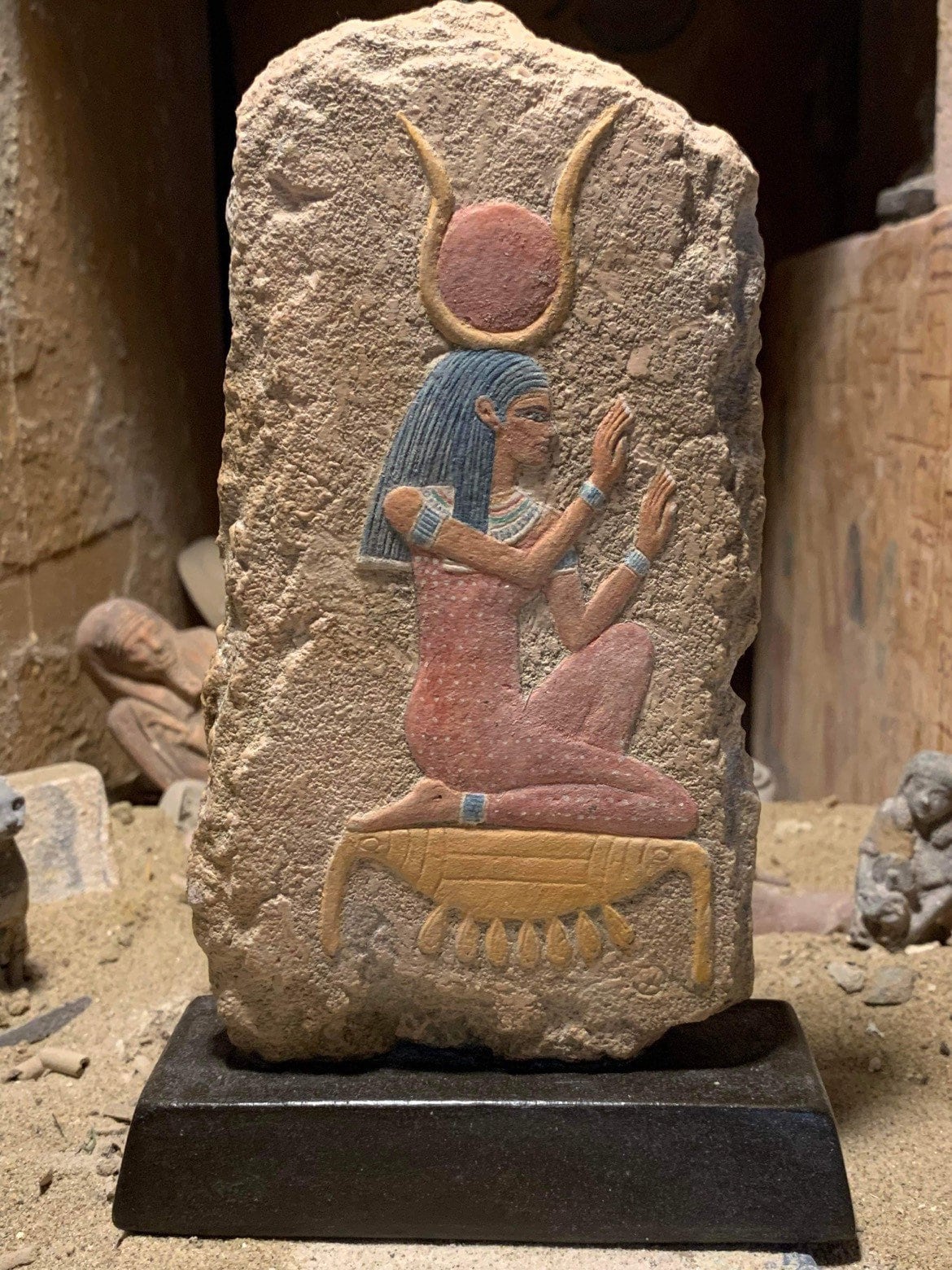 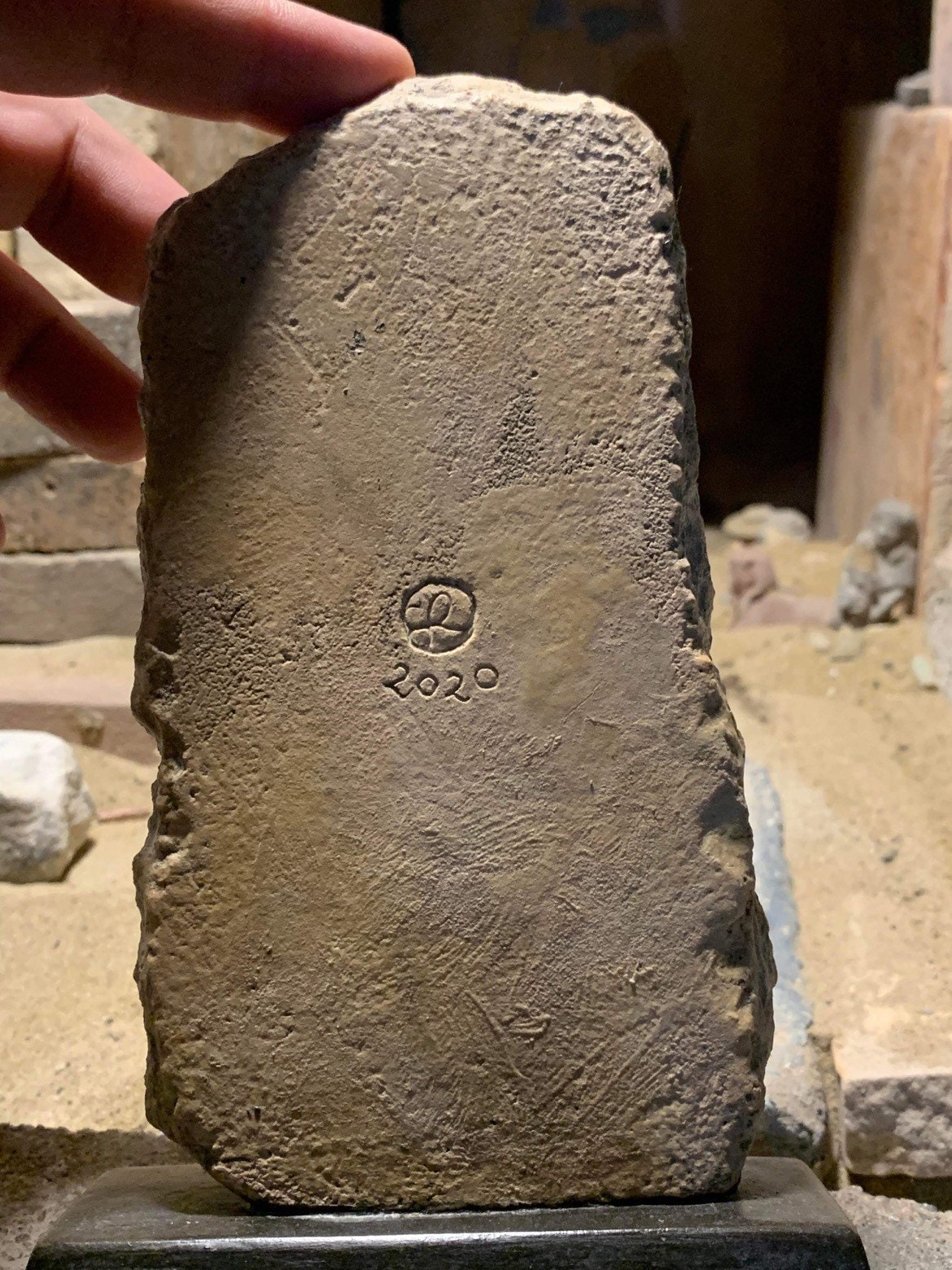 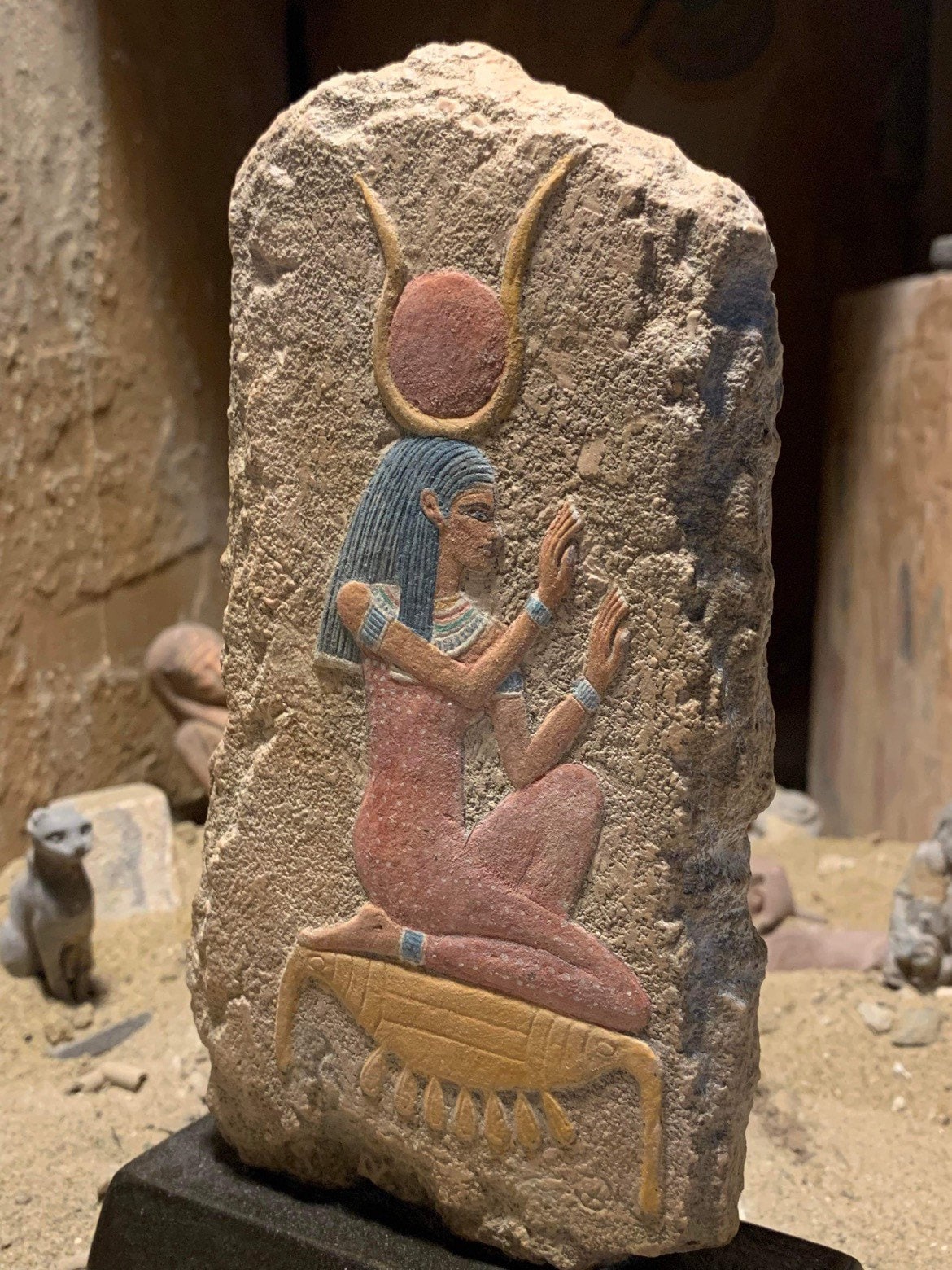 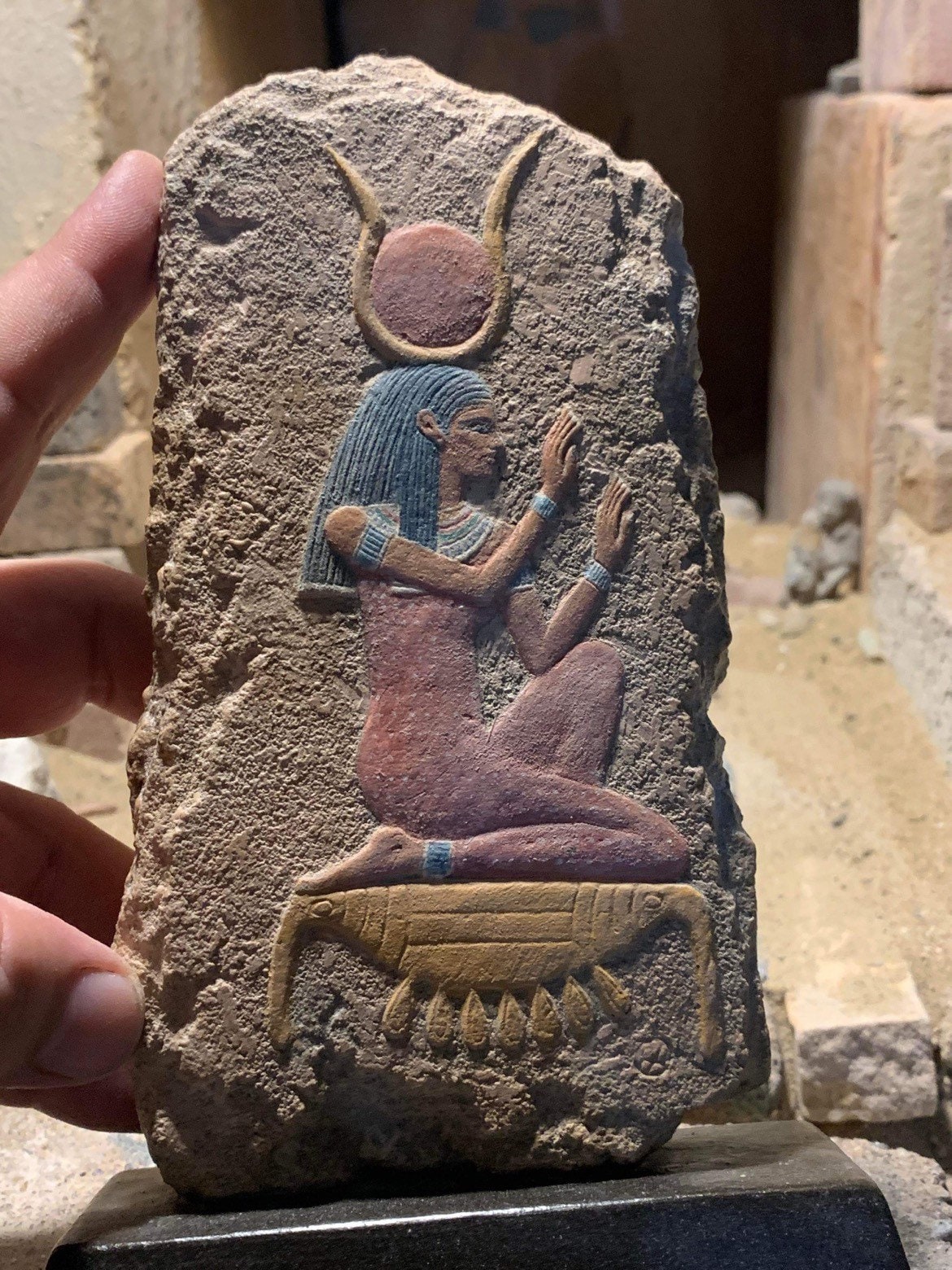 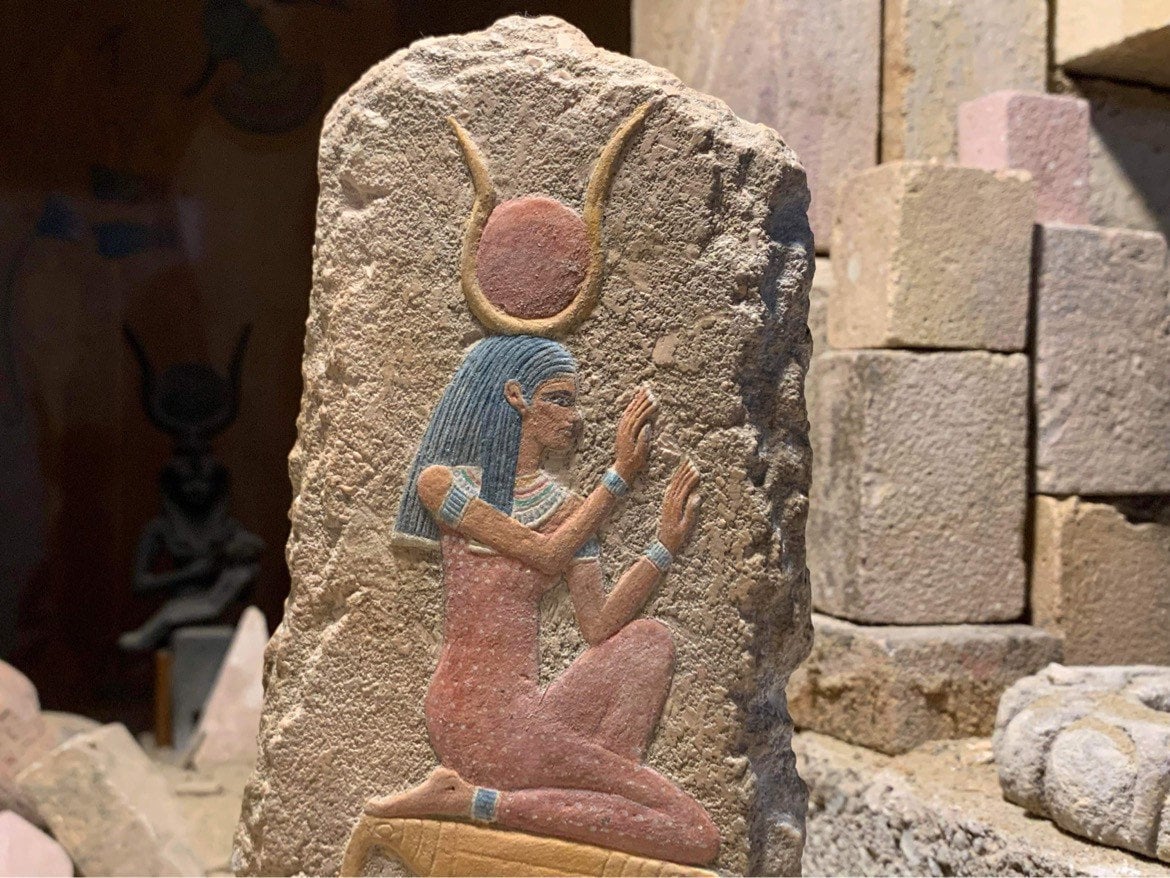 Much water has passed down the Nile since this version of the Goddess Hathor / Het-Hur graced the offering table.
Well, she is back and looking as pleasing as ever in her sun disc and cow horn headdress and this is a 2020 edition. The sun disc represents her father Ra the sun god while the horns are a symbol of her ancient association with the domesticated cow.
She kneels on the symbol for gold known as ‘Nebu’ which was considered divine in all aspects. In some periods Nebu was described as the very flesh of the gods.

The bas relief replica has been carefully modelled and features incised details.

Hathor was a goddess of love, music and dance with her principal temple located at Denderah. Here atop the lofty columns of this unfinished temple, you can see Hathorian faces carved as the decorative element where the lintels meet the roof. The temple is covered in images of the goddess in the full spectrum of human movement and this piece was intended to show the goddess in the act of adoration.
It is made of a limestone and quartzite composition stone has an aged patina.

*I strongly suggest seeing the movie ‘Agora’ which was an absolutely terrific film capturing a gritty ancient realism far removed from the glossy film sets of past endearing classic films such as Cleopatra. Set in Alexandria the main temple featured in the film, borrowed heavily from the temple of Dendara. Dendara as you may know was the centre for Hathorian ritual with her main temple the principal monument. The film Agora uses the Hathorian capitals to stunning effect and that is all I wish to say without spoiling it for those of you who have yet to see it.......