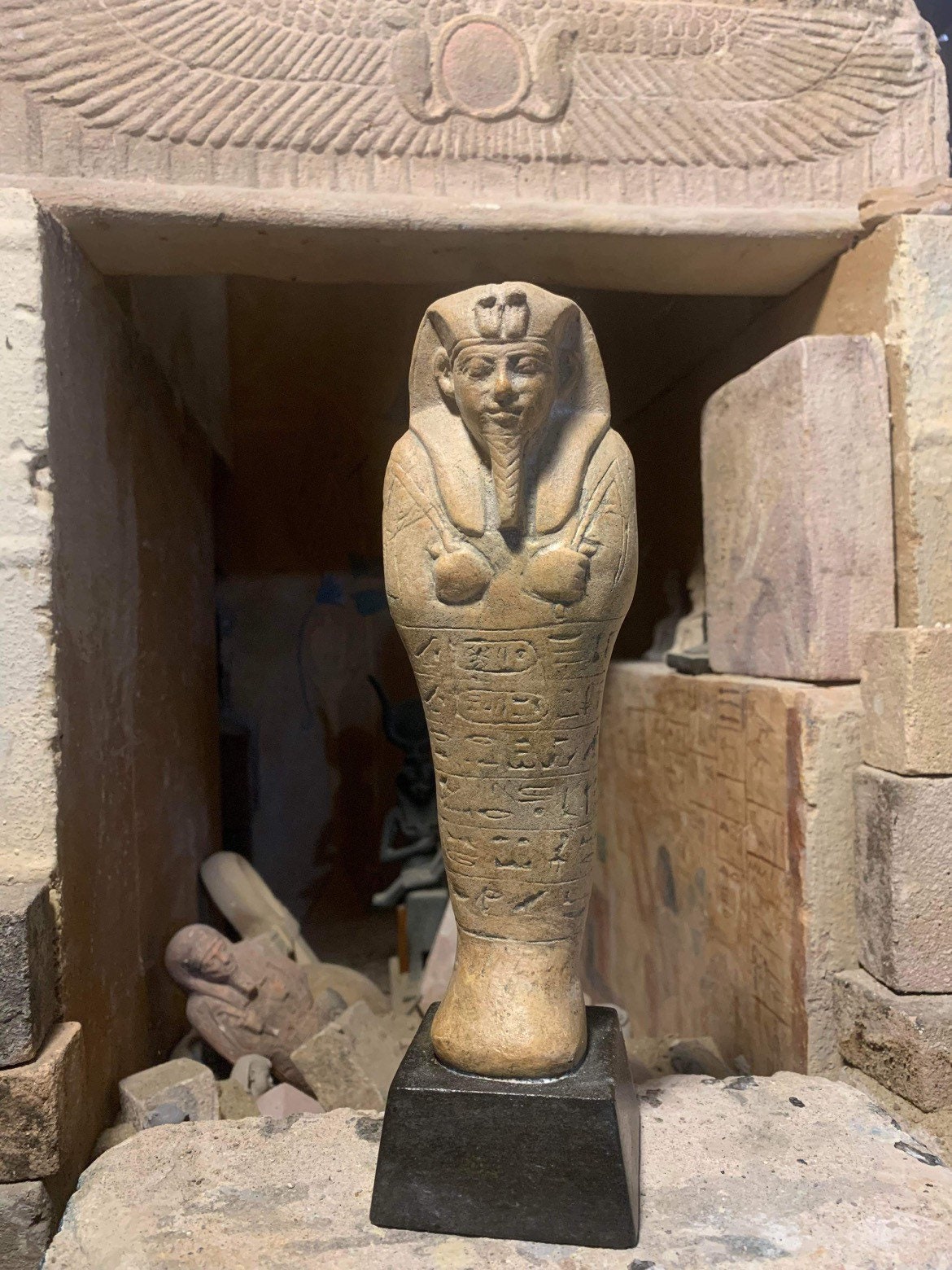 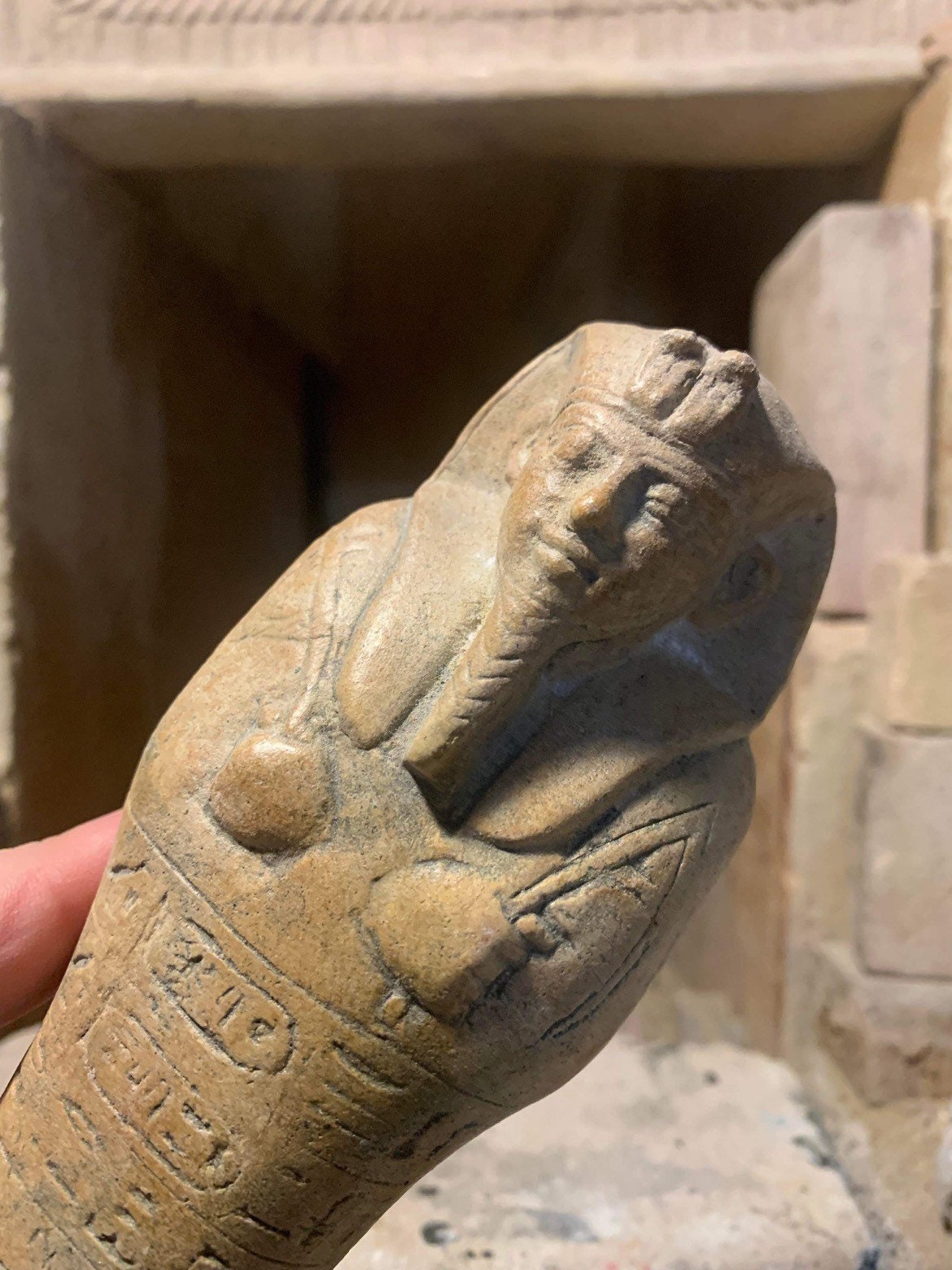 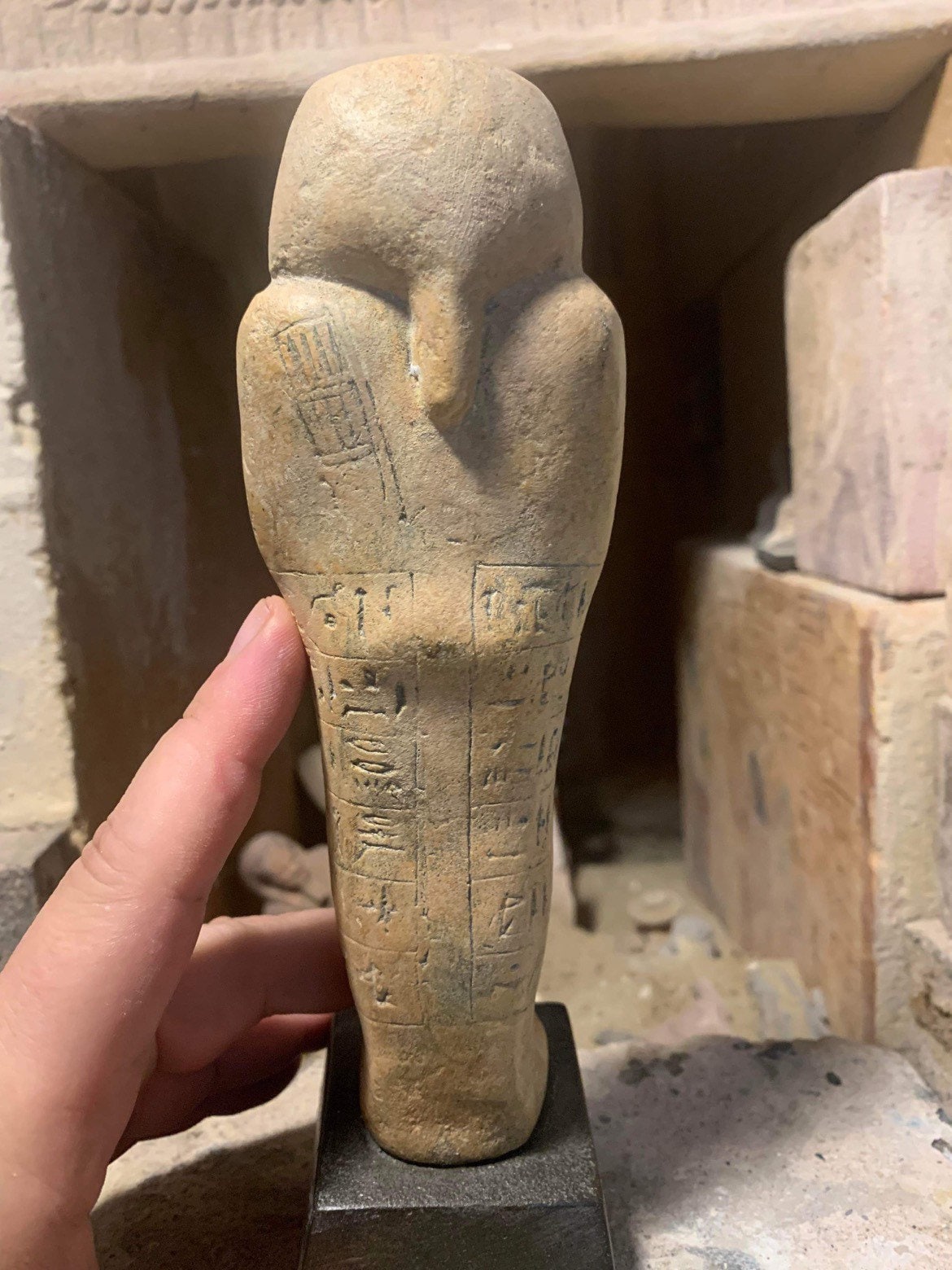 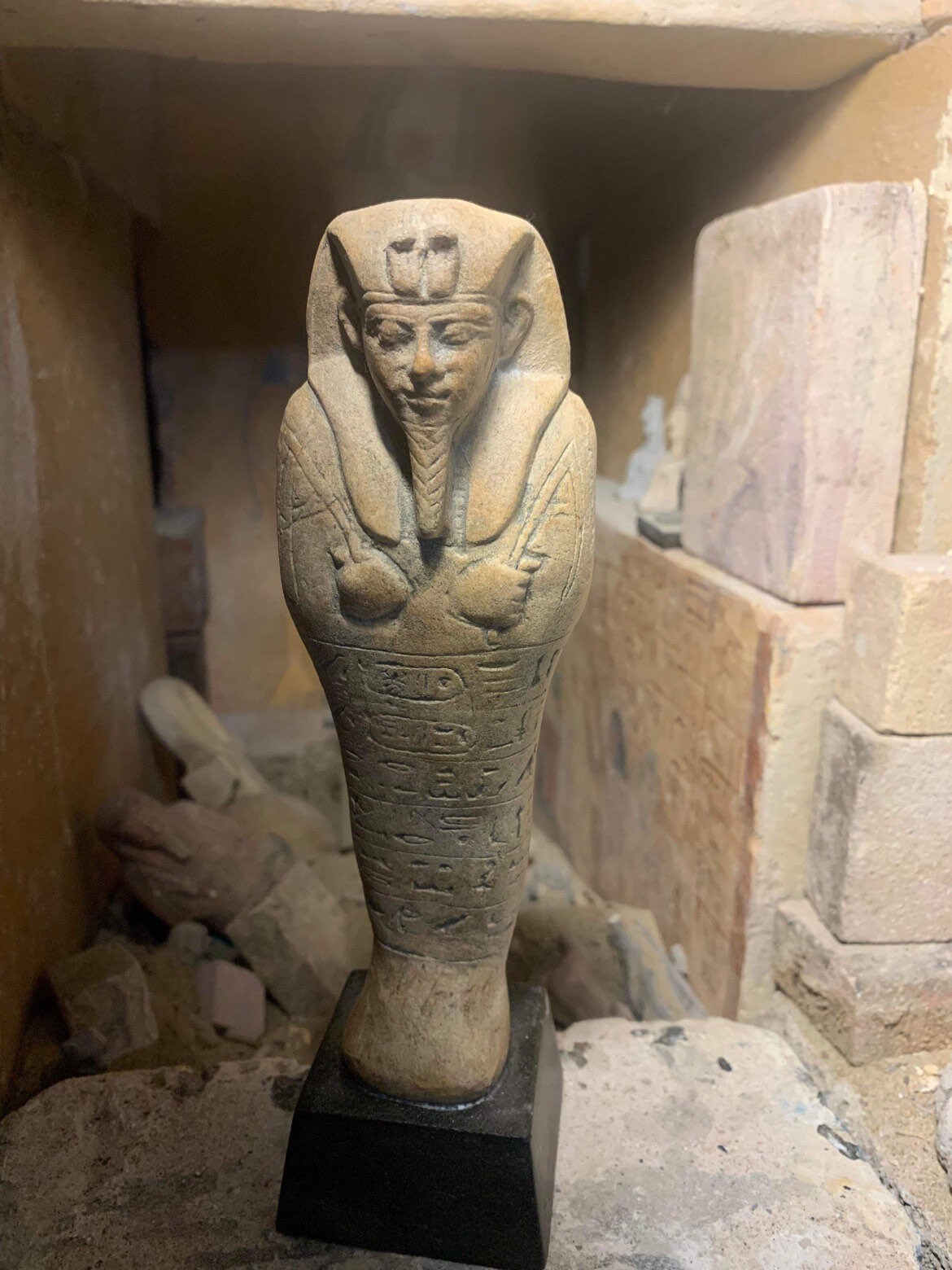 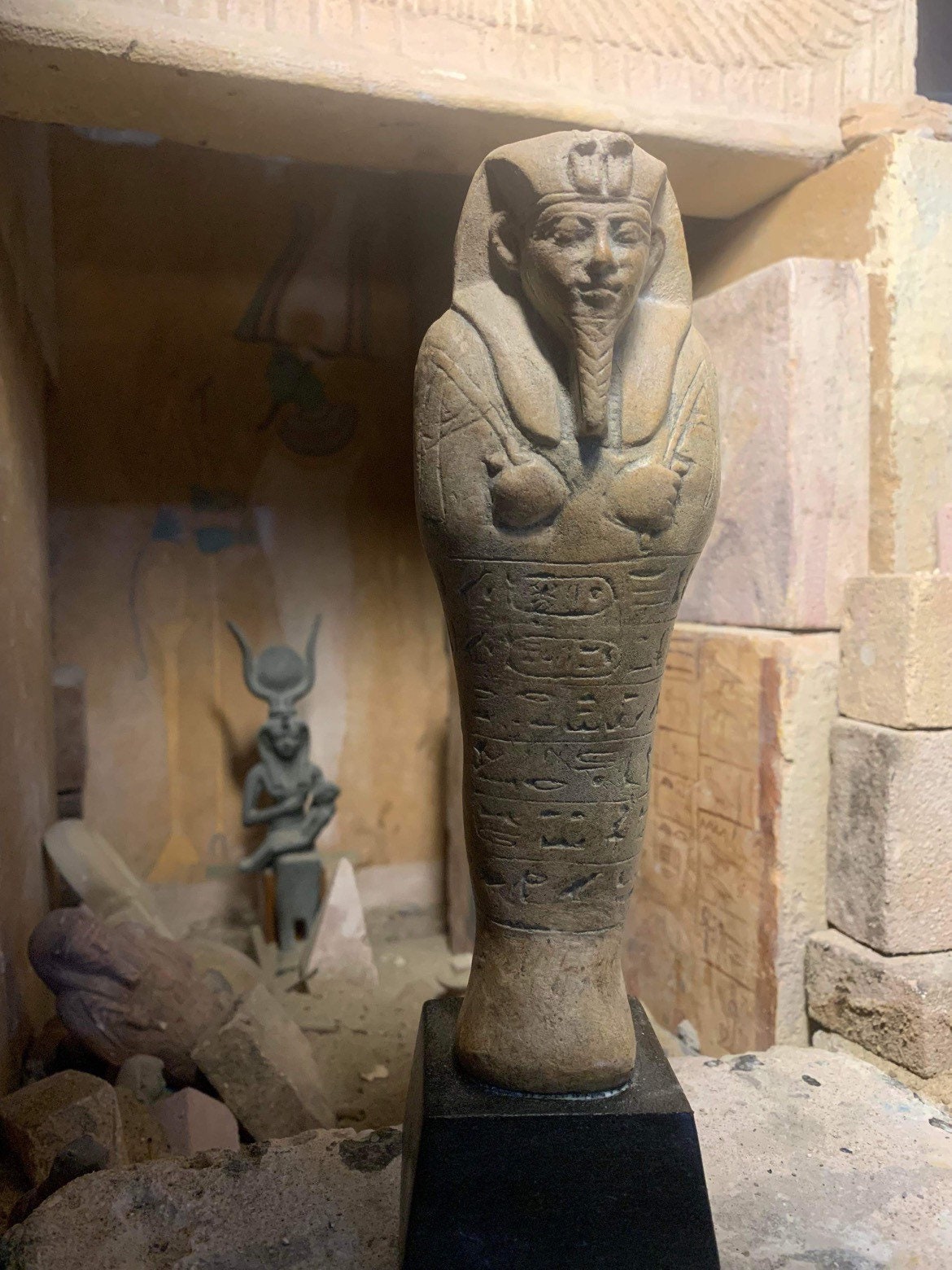 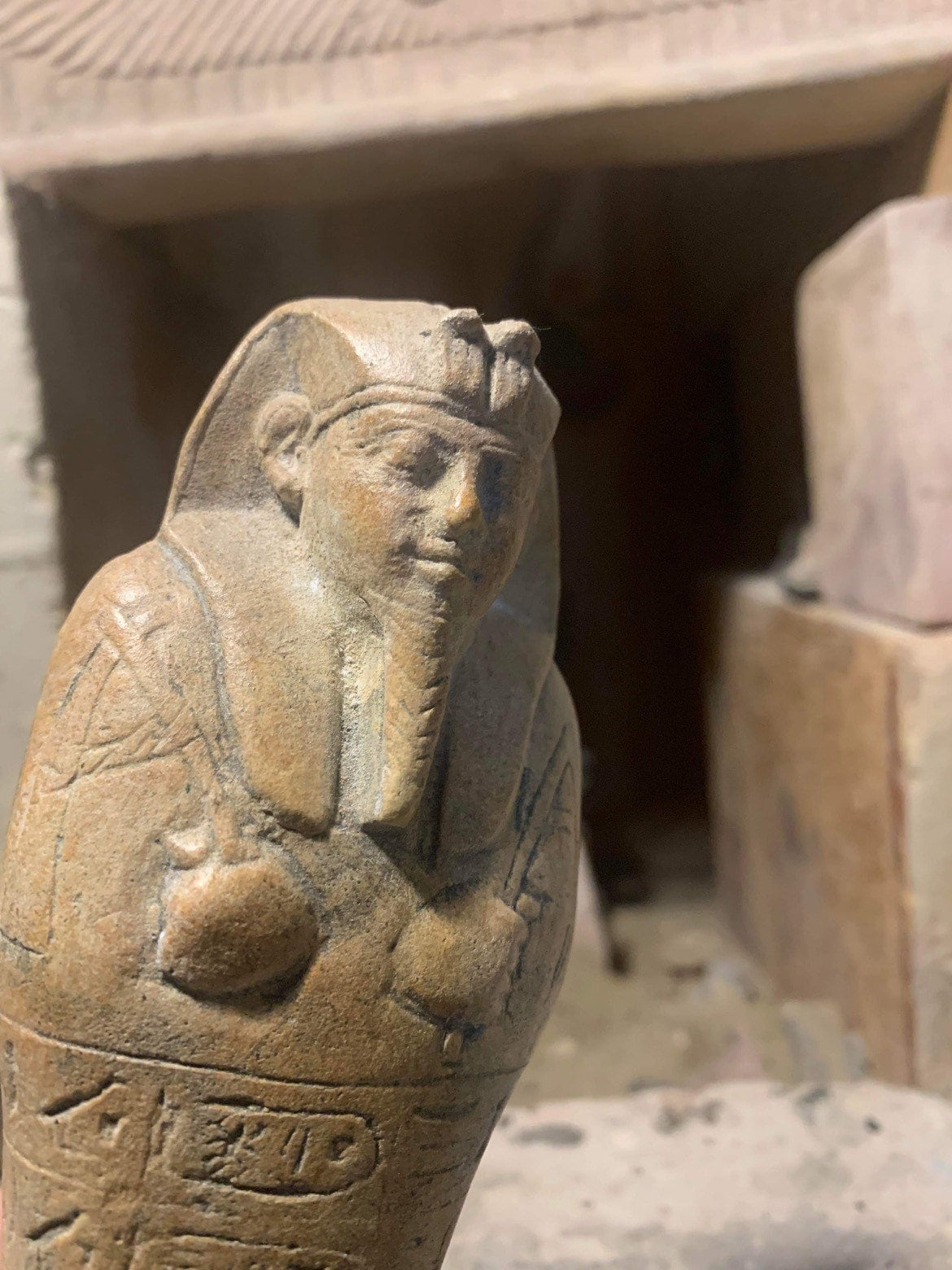 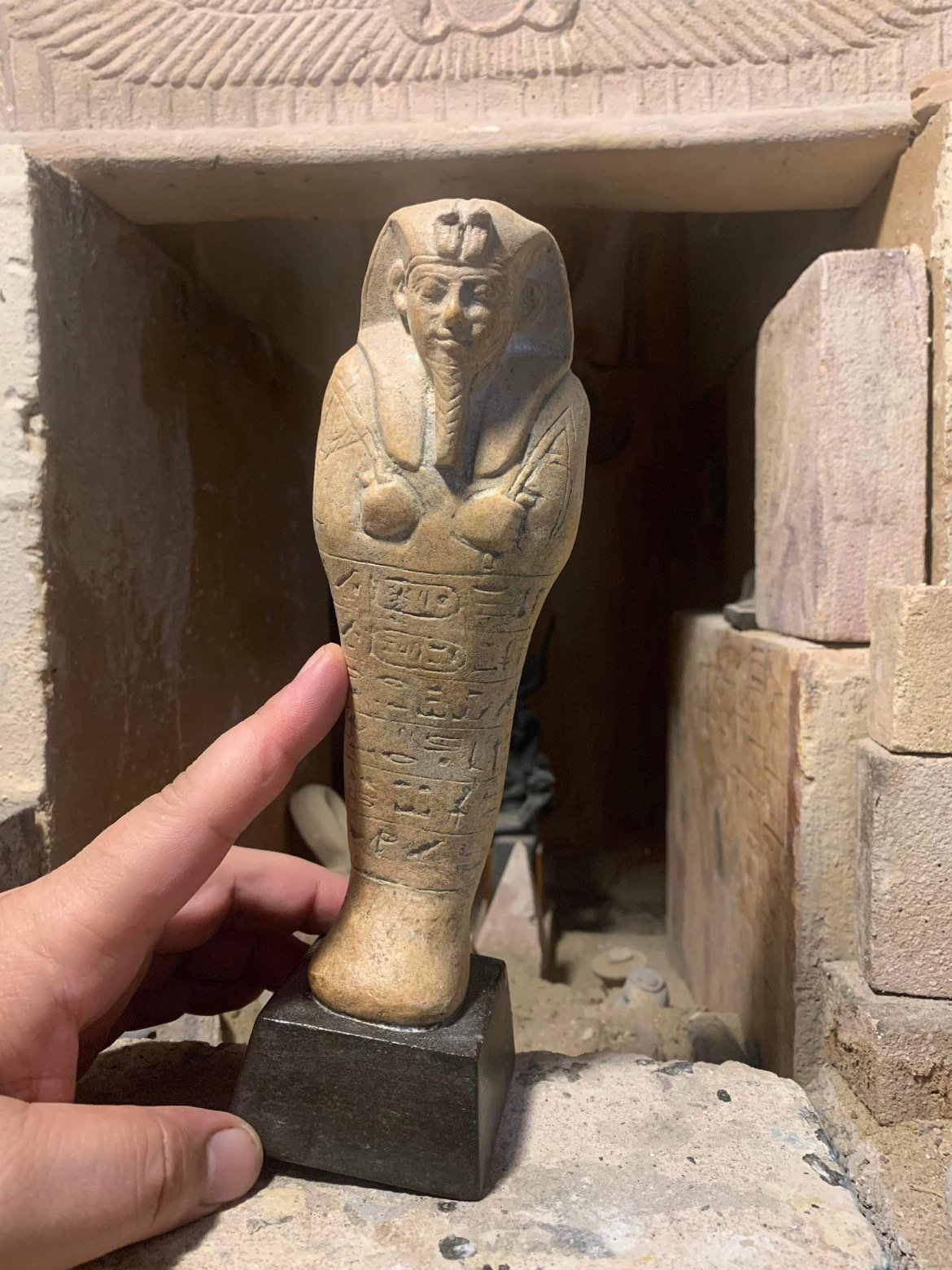 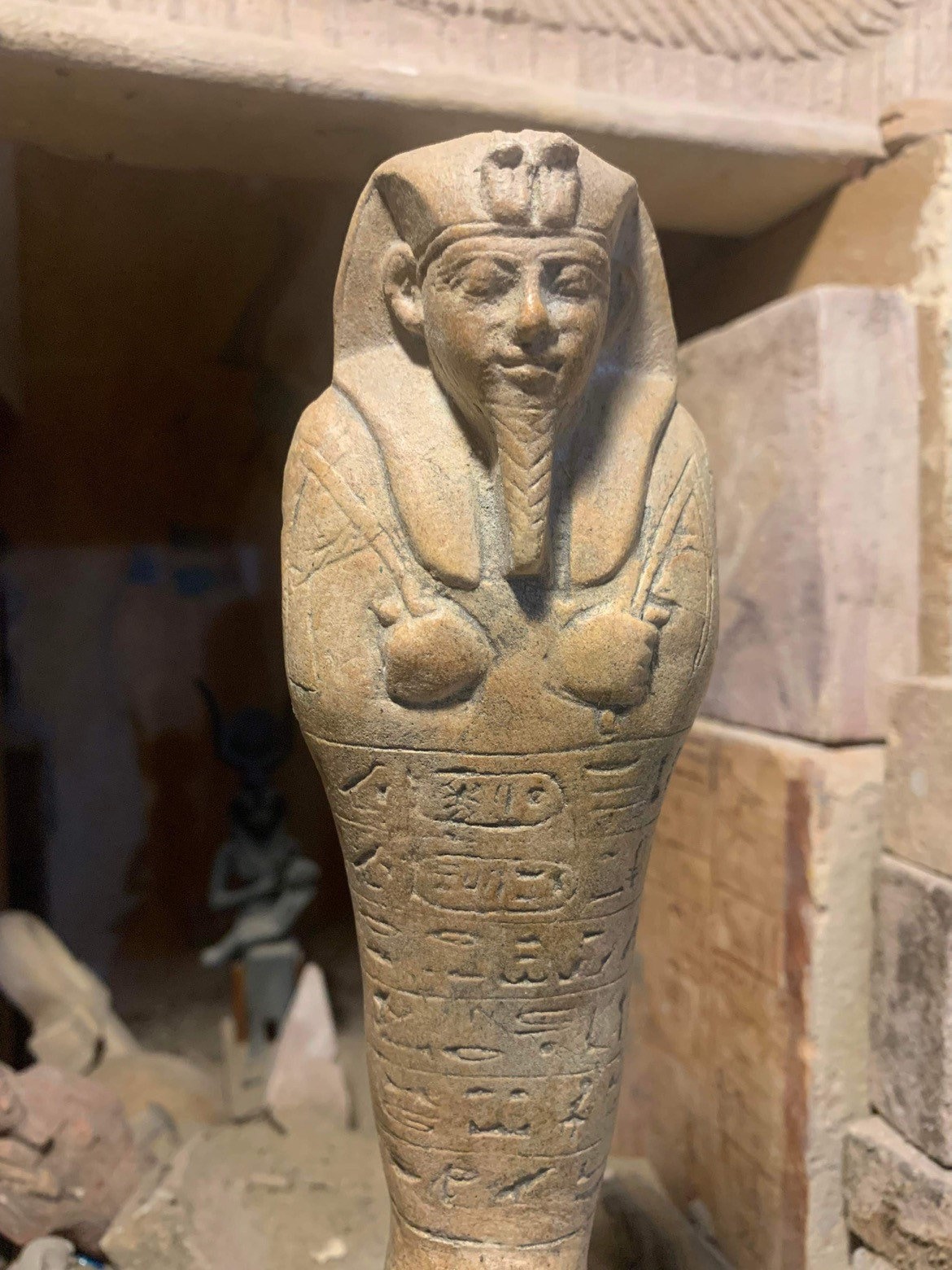 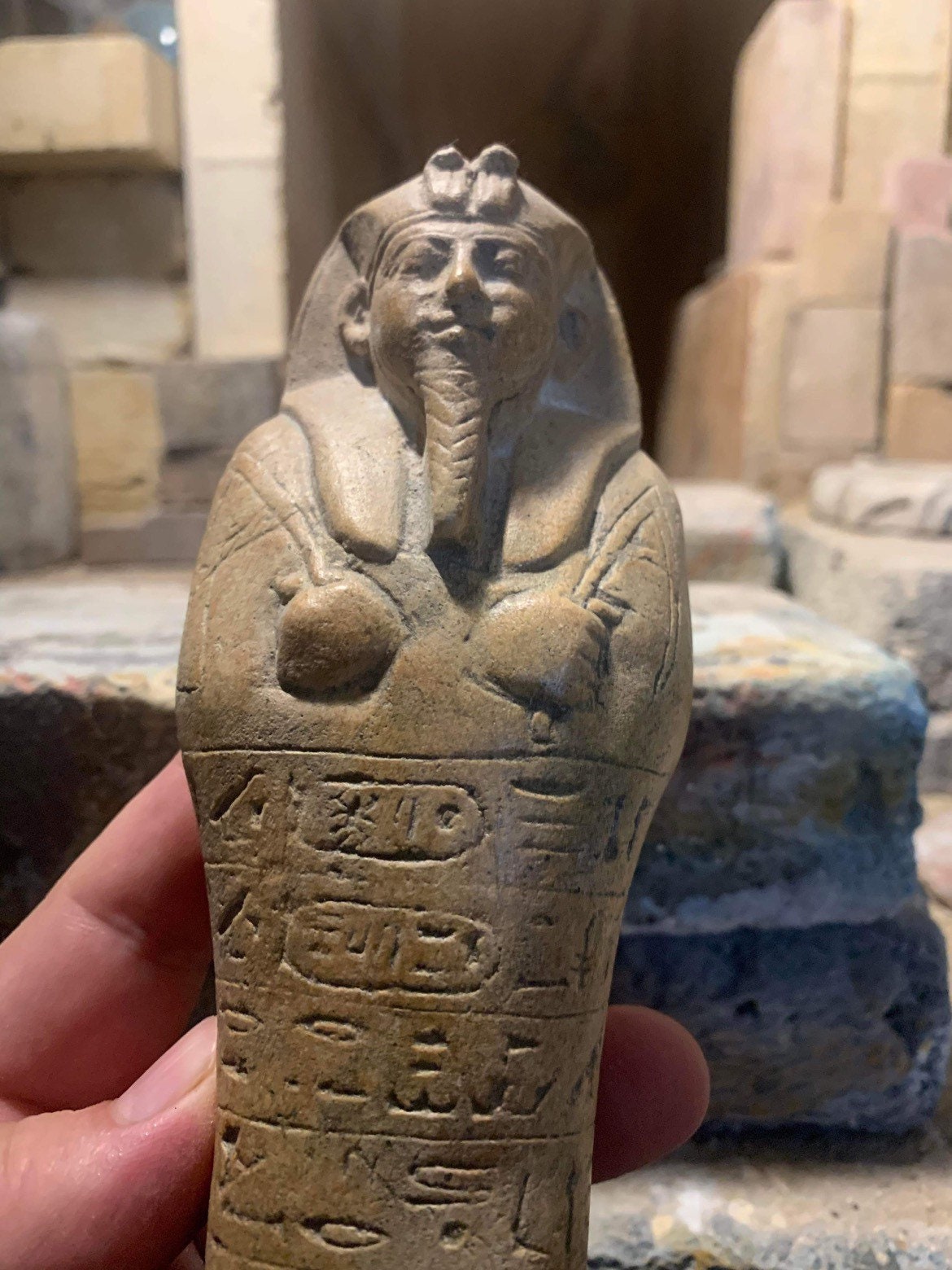 
On offer here for the first time is a rare ushabti figure replica of King Senkamanisken - (640 - 620 B.C.E)
Made of a limestone and quartzite composition stone it has an aged ochre patina with a light polish. It is mounted on a polished felt based stand.

Senkamanisken ruled from the Kushite city of Napata where many of his statues were found buried in the vicinity of the sacred rocky outcrop of the Gebel Barkal. The ruins of a great temple stand directly in front of the Gebel facing upper Nile river. A tough, arid landscape and a most sacred place for the southern manifestation of the god Amun.

The figure looks very similar to other known King ushabti figures as he wears a Nemes head cloth and holds farming implements for tilling the fields of the afterlife.

It is however a distinctive type of King ushabti. It is profusely encircled with hieroglyphs preserving a unique Kushite spell / formula for it's activation in the next world. In addition it has a double cobra uraeus instead of a singe cobra which can be seen on the forehead. This is a signature trait of the Kushite kings worn by preceding greats such as Shabaka, Taharqa and King Piye (Piankhi).