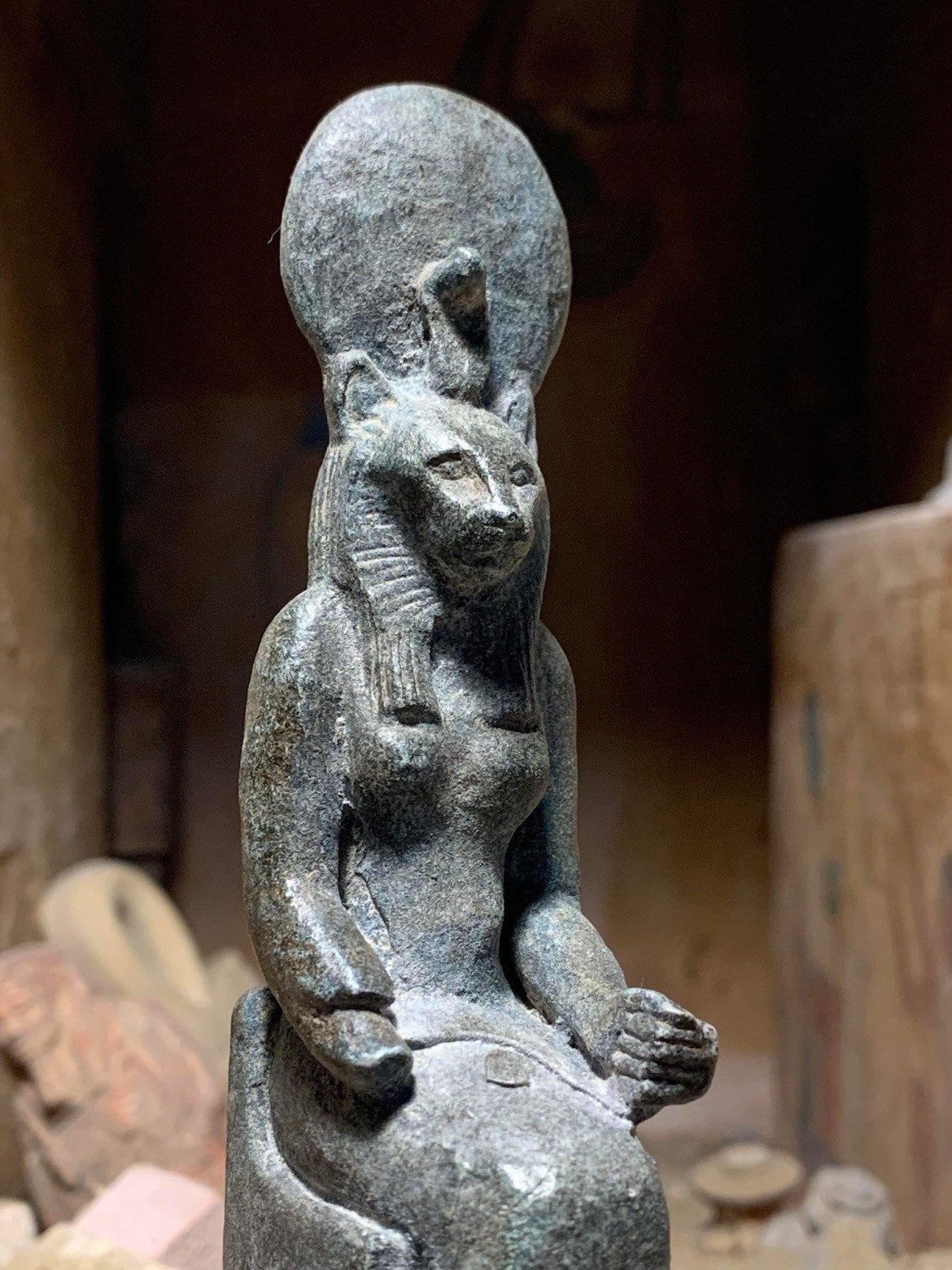 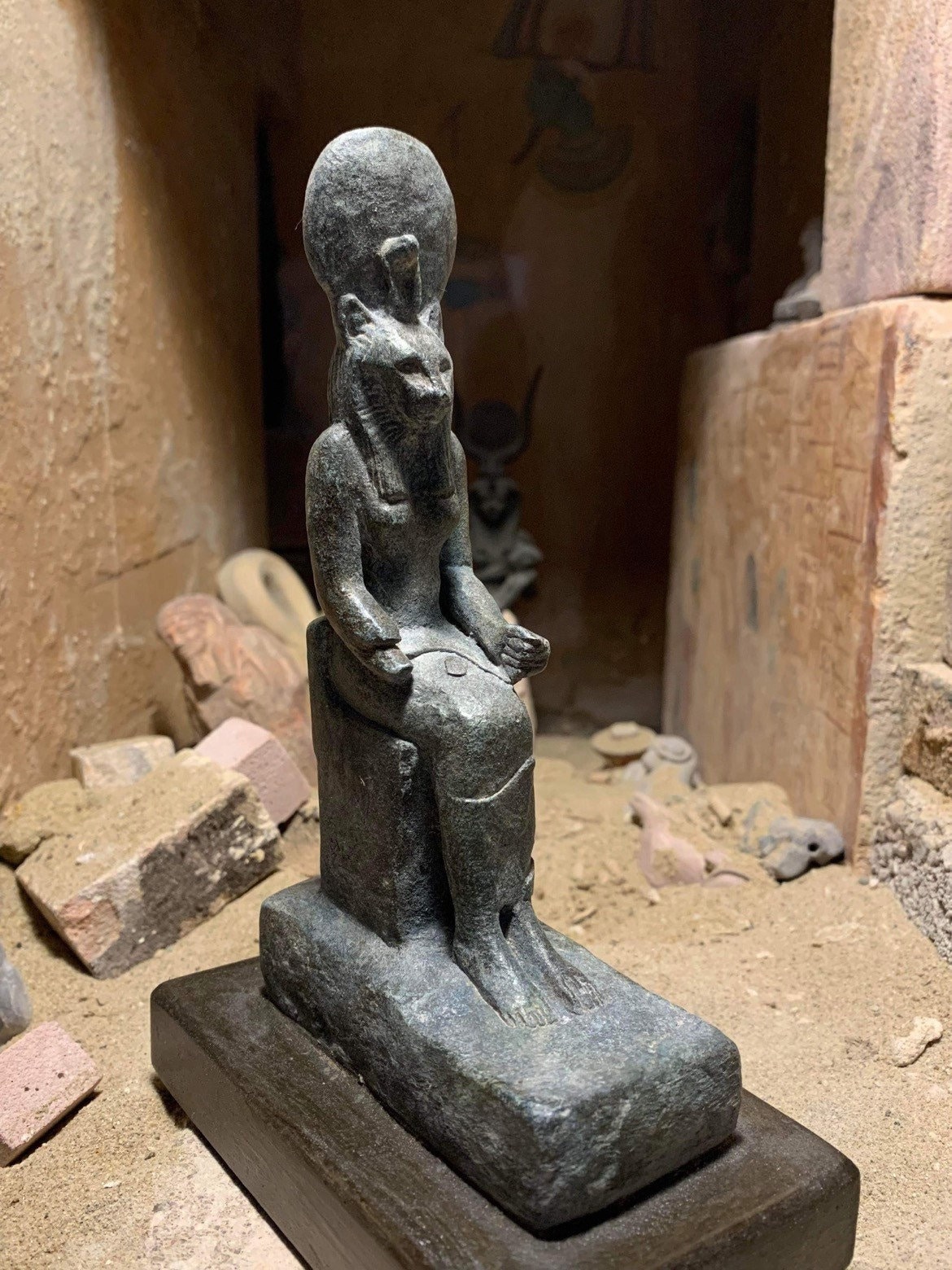 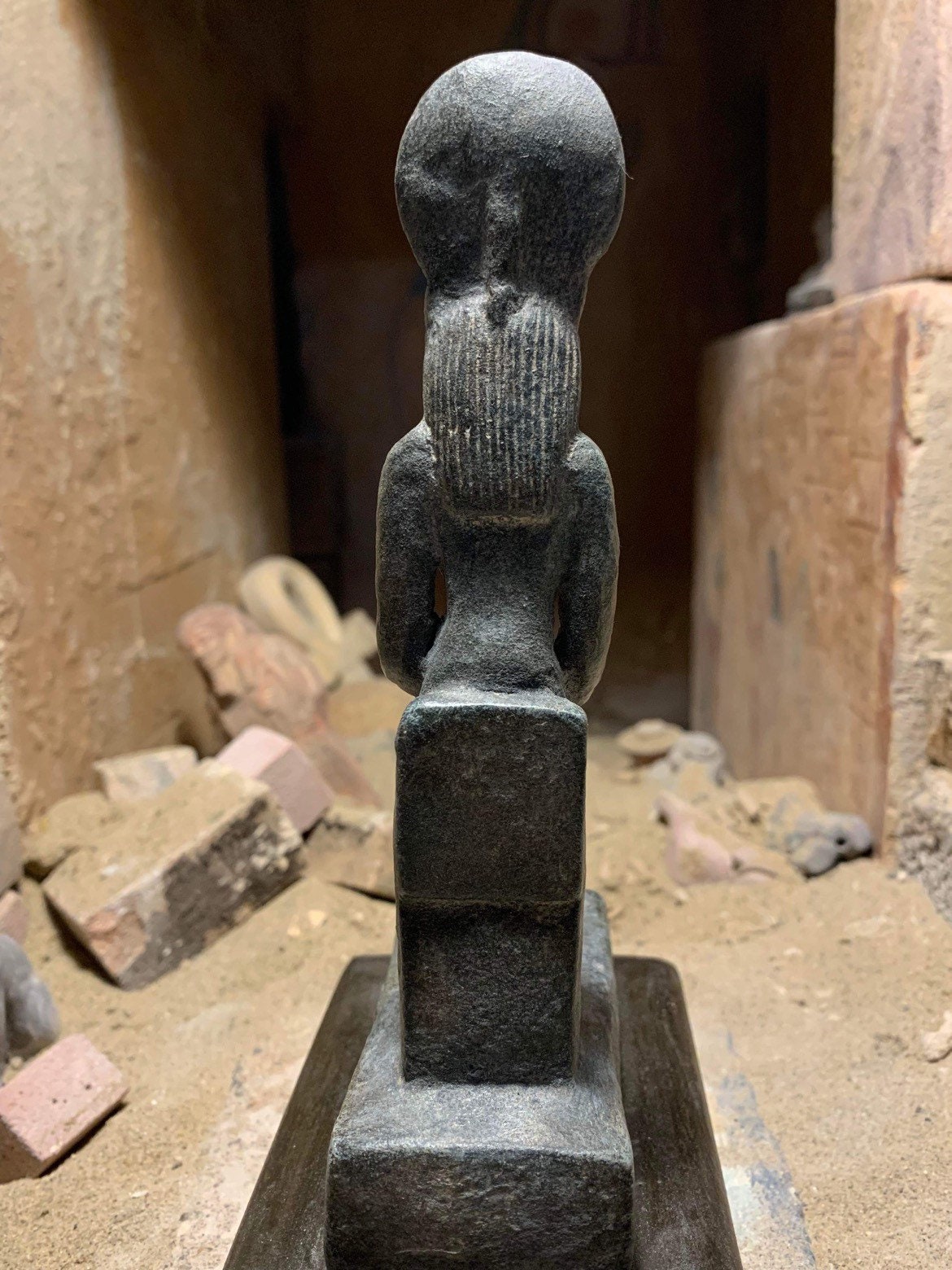 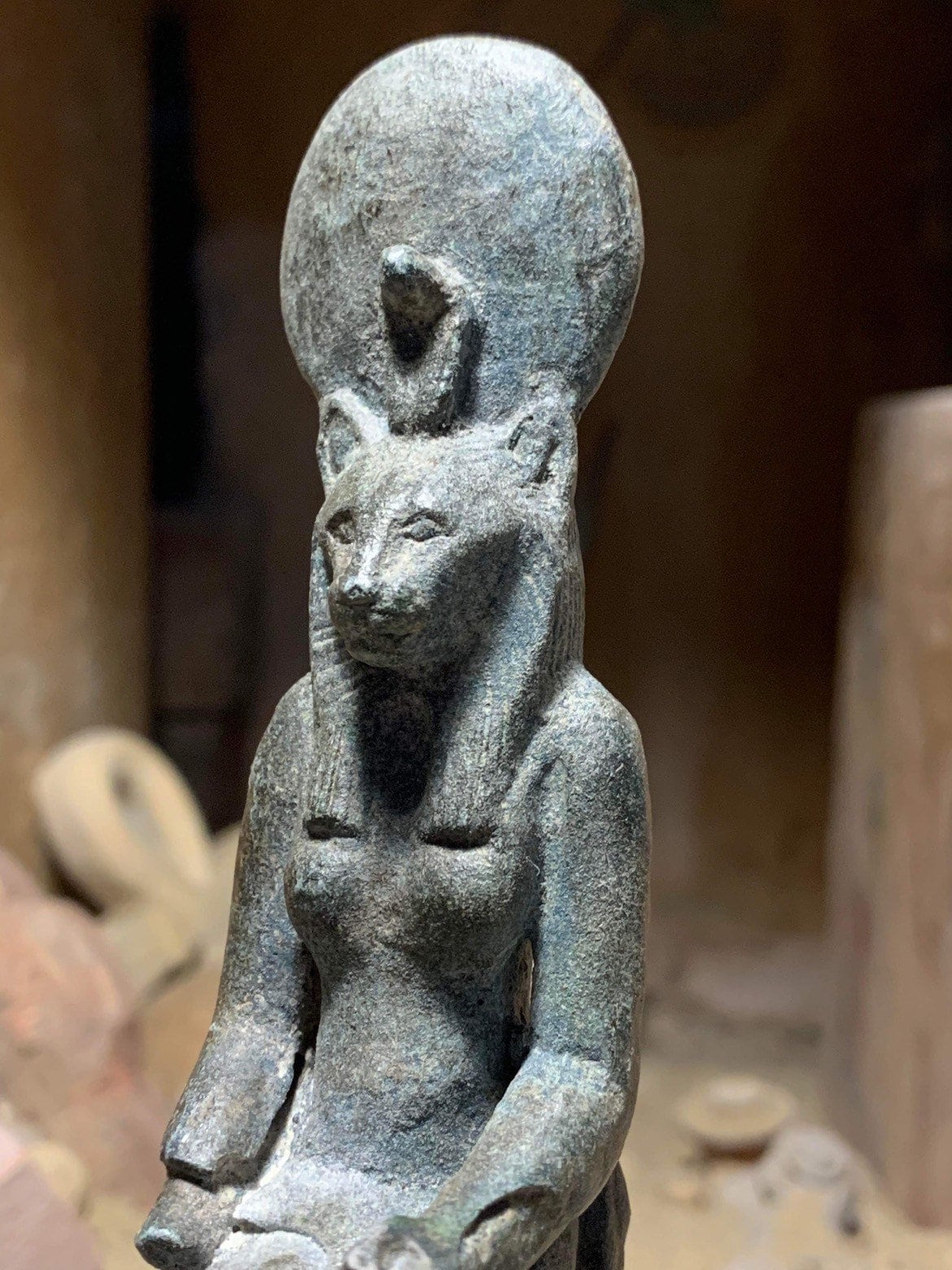 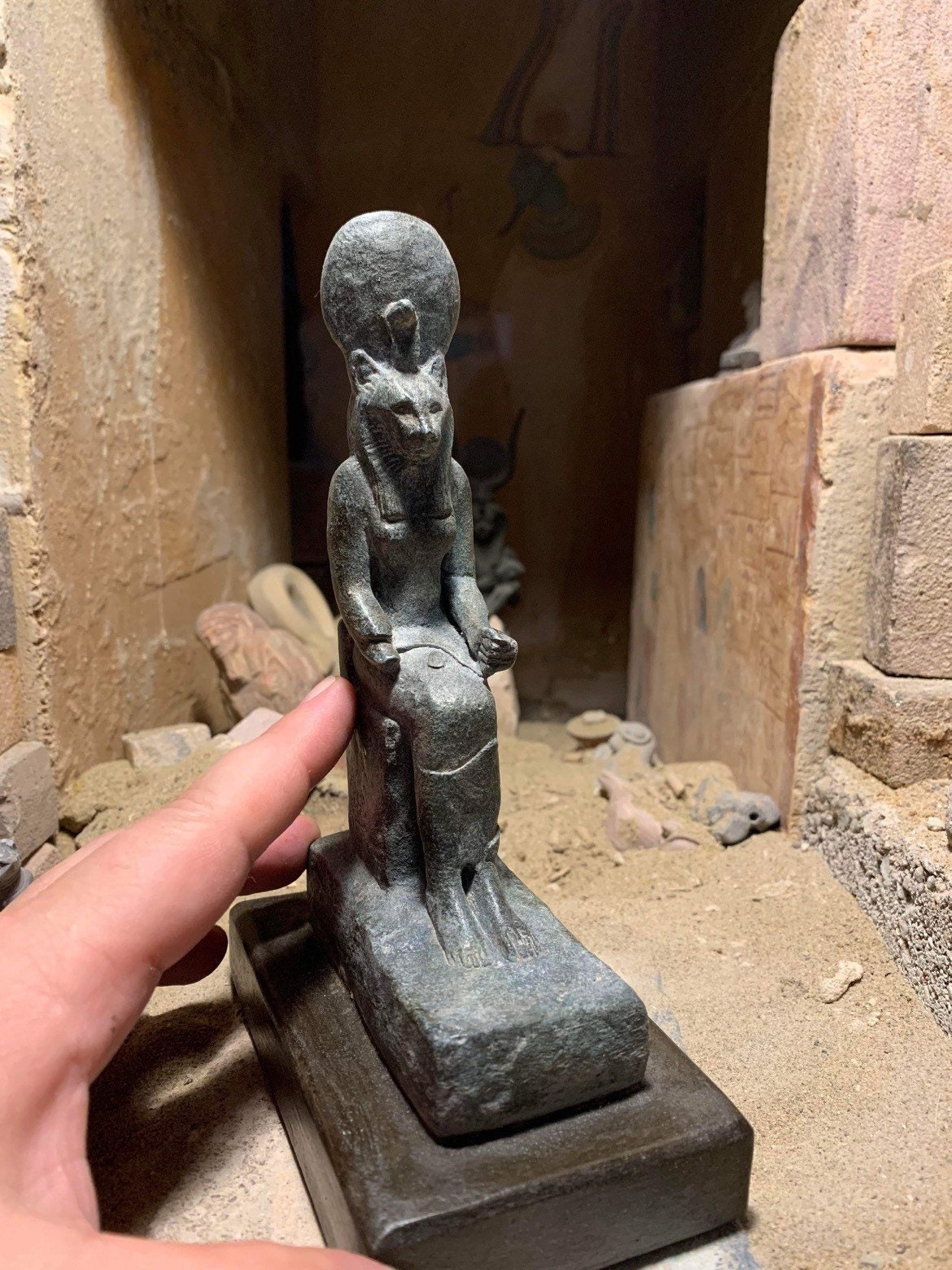 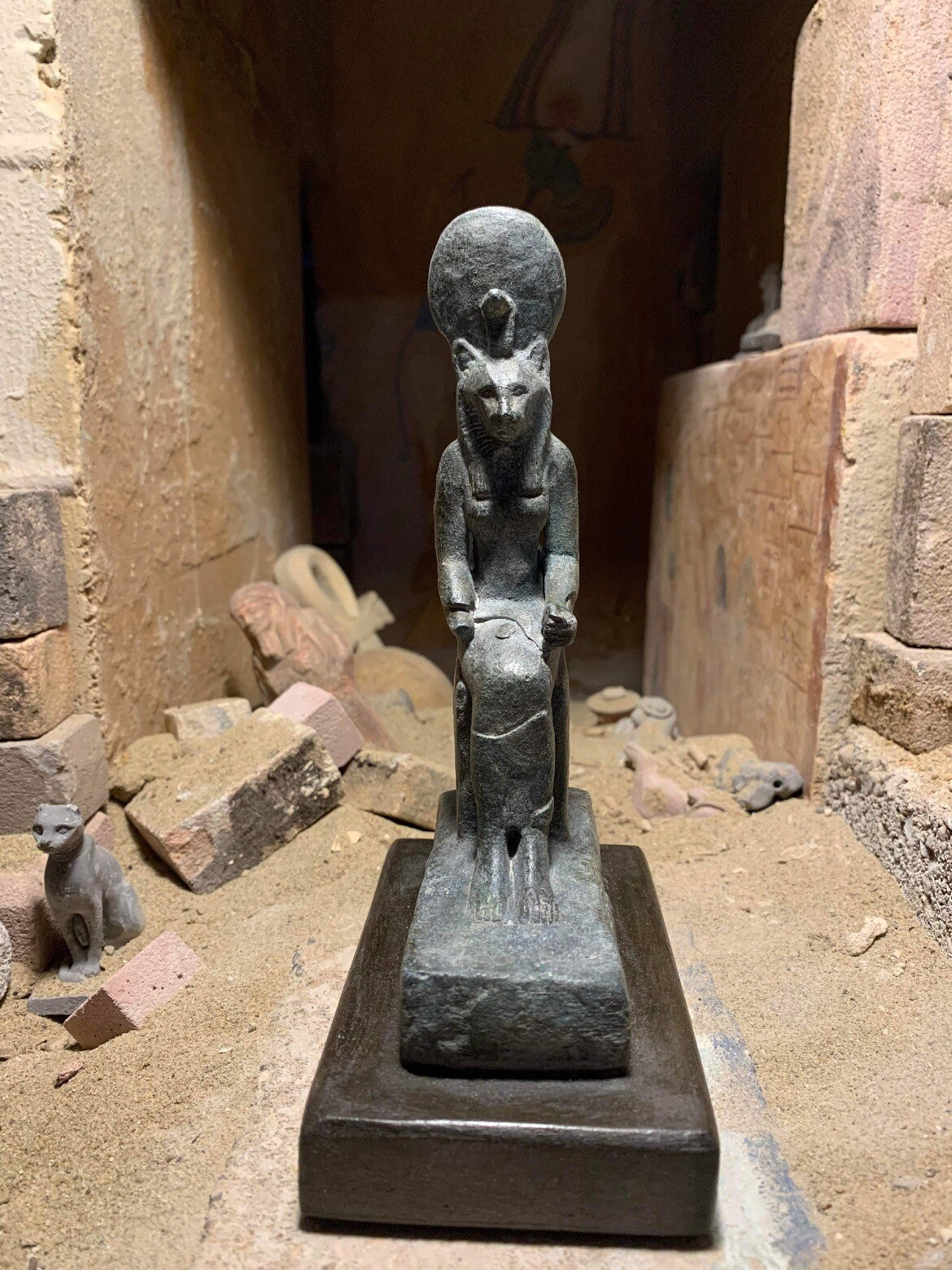 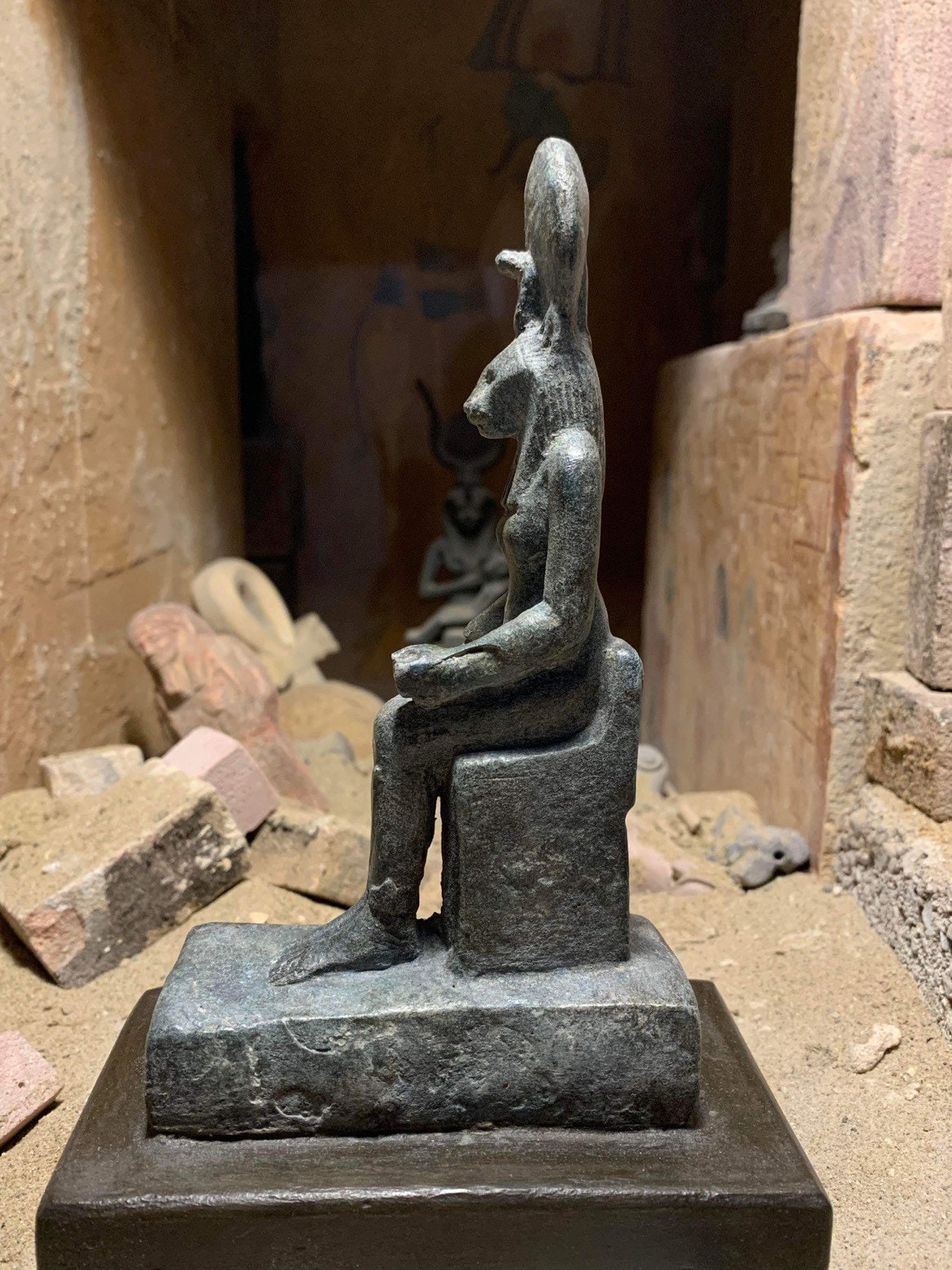 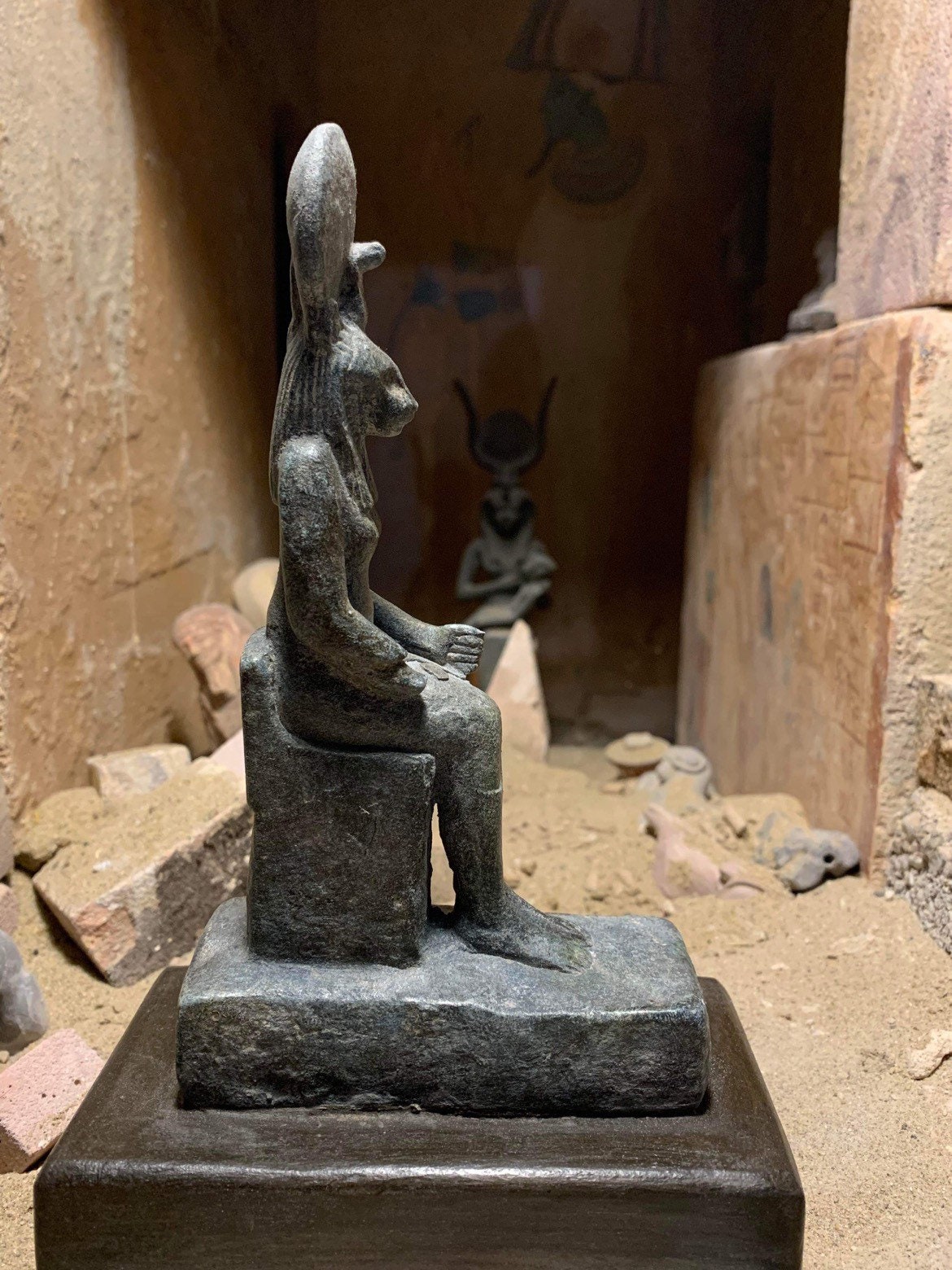 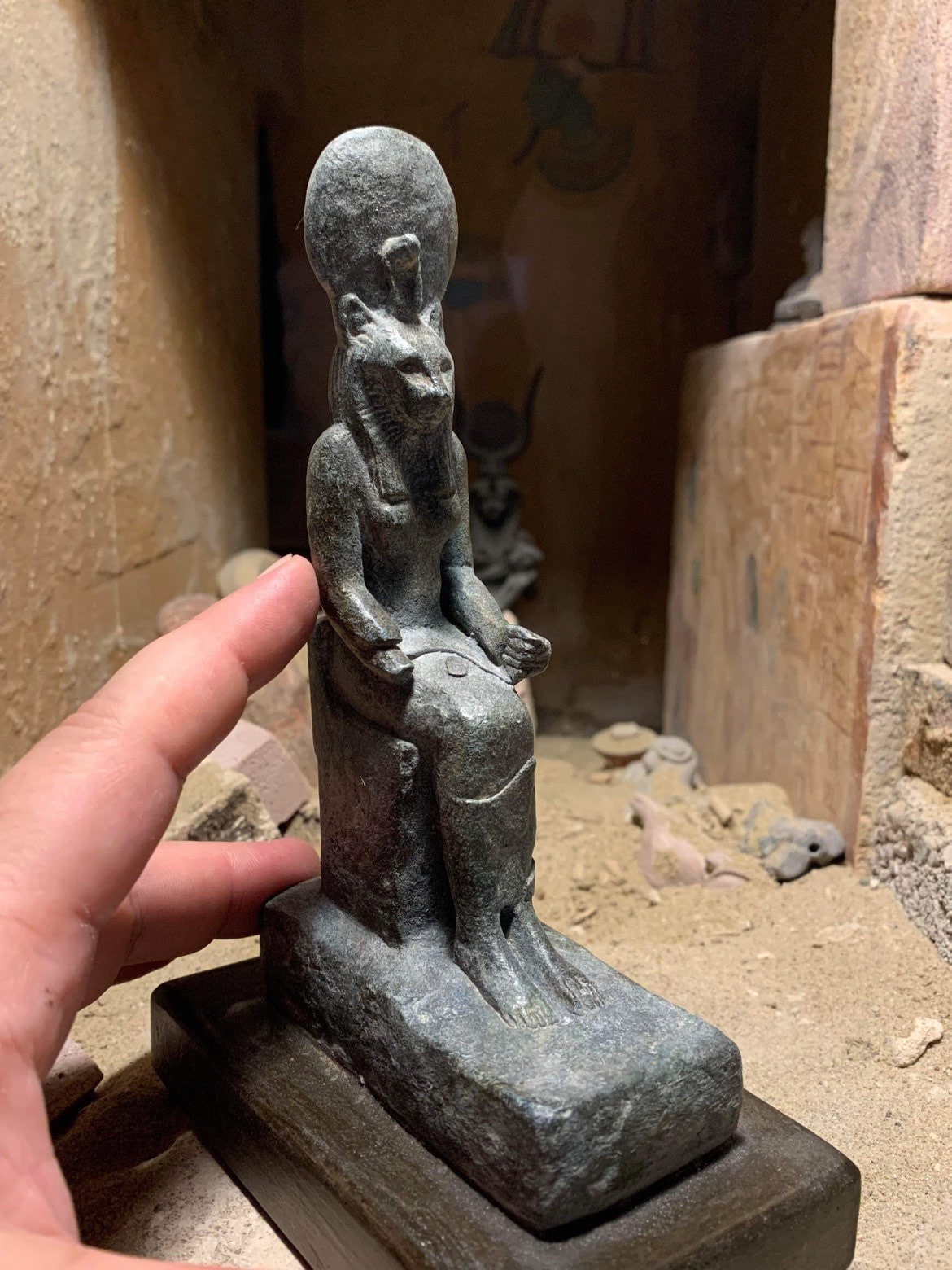 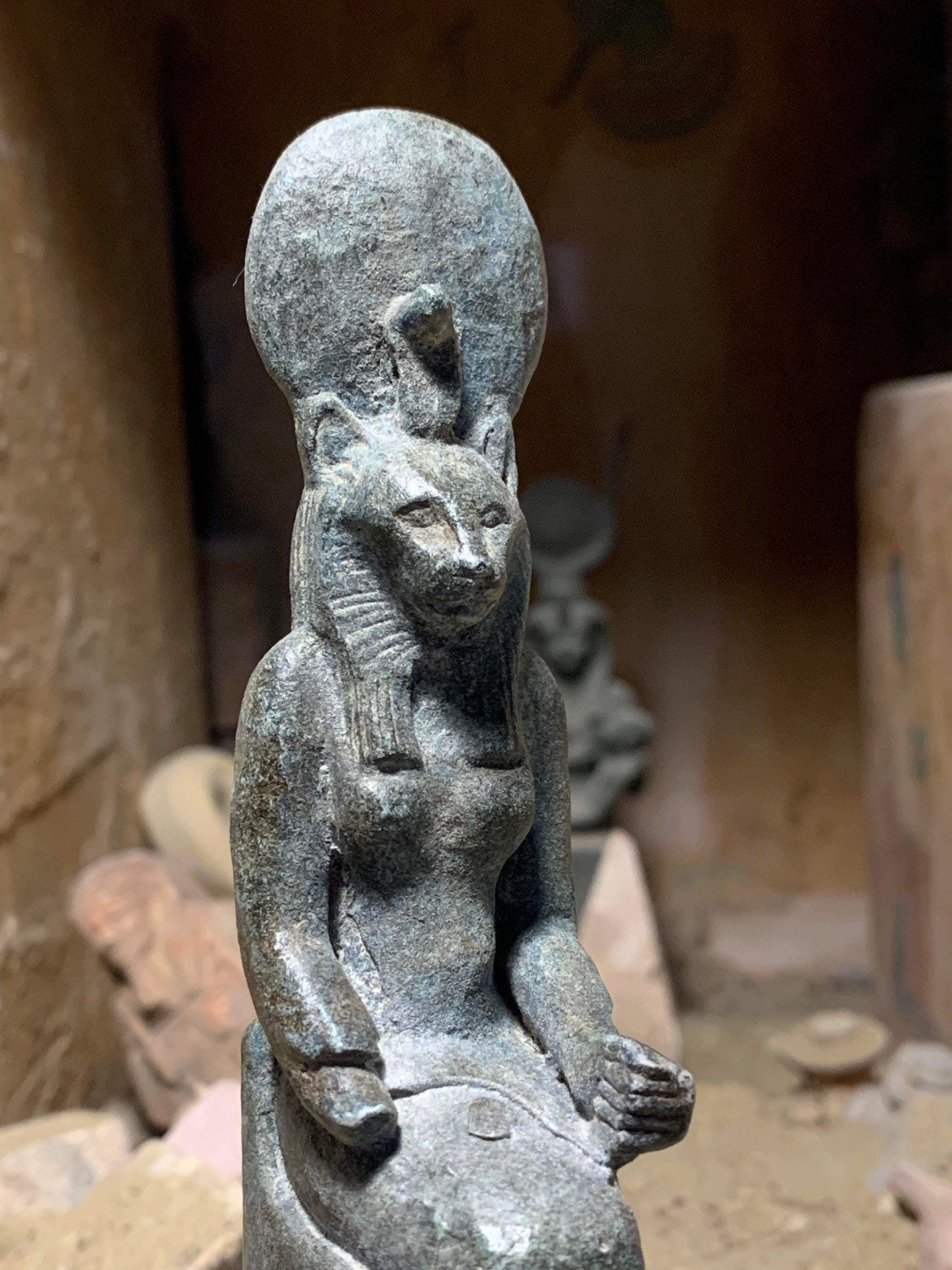 
On offer here is a realistic replica statue of the powerful Egyptian goddess Sekhmet. Wearing a figure hugging dress she is seated wearing the sun disc of Ra on her head complete with protective divine cobra at it's base. The texture of the statue and the missing forearm give added authenticity.

Made of a limestone and quartzite composition stone, Sekhmet has been given a well developed aged black patina. She is mounted upon a polished, felt lined stand.

Sekhmet - her name translates to ' the one who is powerful'.......a direct link to the attributes of the lioness, the most feared predator in the ancient Nile valley and the inspiration behind Sekhmet's form.

Sekhmet was known throughout the land as one of the most polarizing of Egyptian deities whose power could be harnessed as a protector and a healer, however the reverse attributes were also to be carefully handled.

Her power was sought by the Pharaoh in times of war as she was known as a divine warrior goddess who would project dread into the hearts of the enemies of Egypt. One of her many daunting titles 'the one before whom evil trembles' is befitting of her capacity for rage.

Her very breath was said to have created the deserts.

Also known as one of the daughters of Ra, the sun disc can be present in her iconography, a feature shared with Hathor and the less aggressive cat goddess Bastet.

Her husband was the god of arts and creativity - Ptah of Memphis.