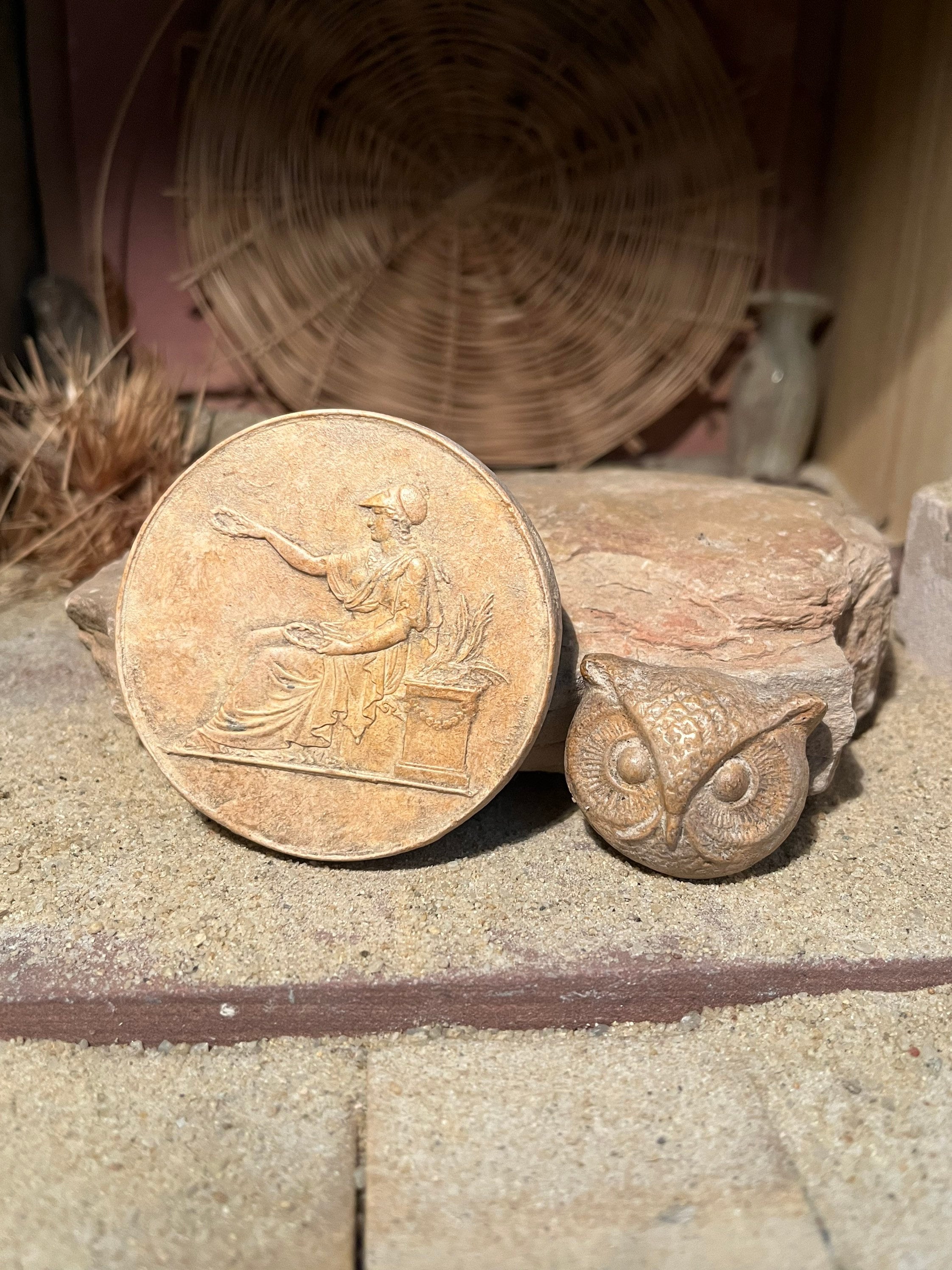 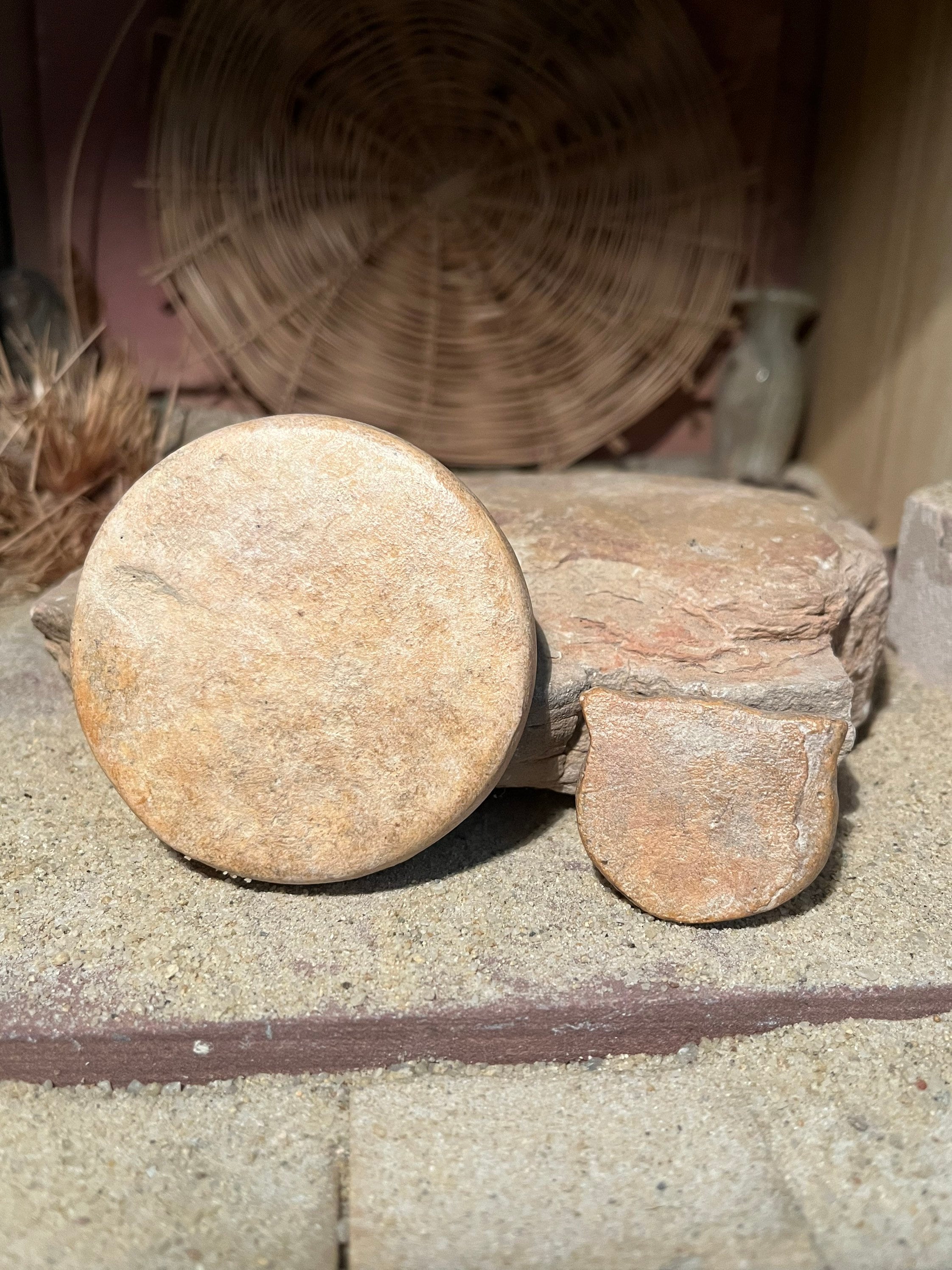 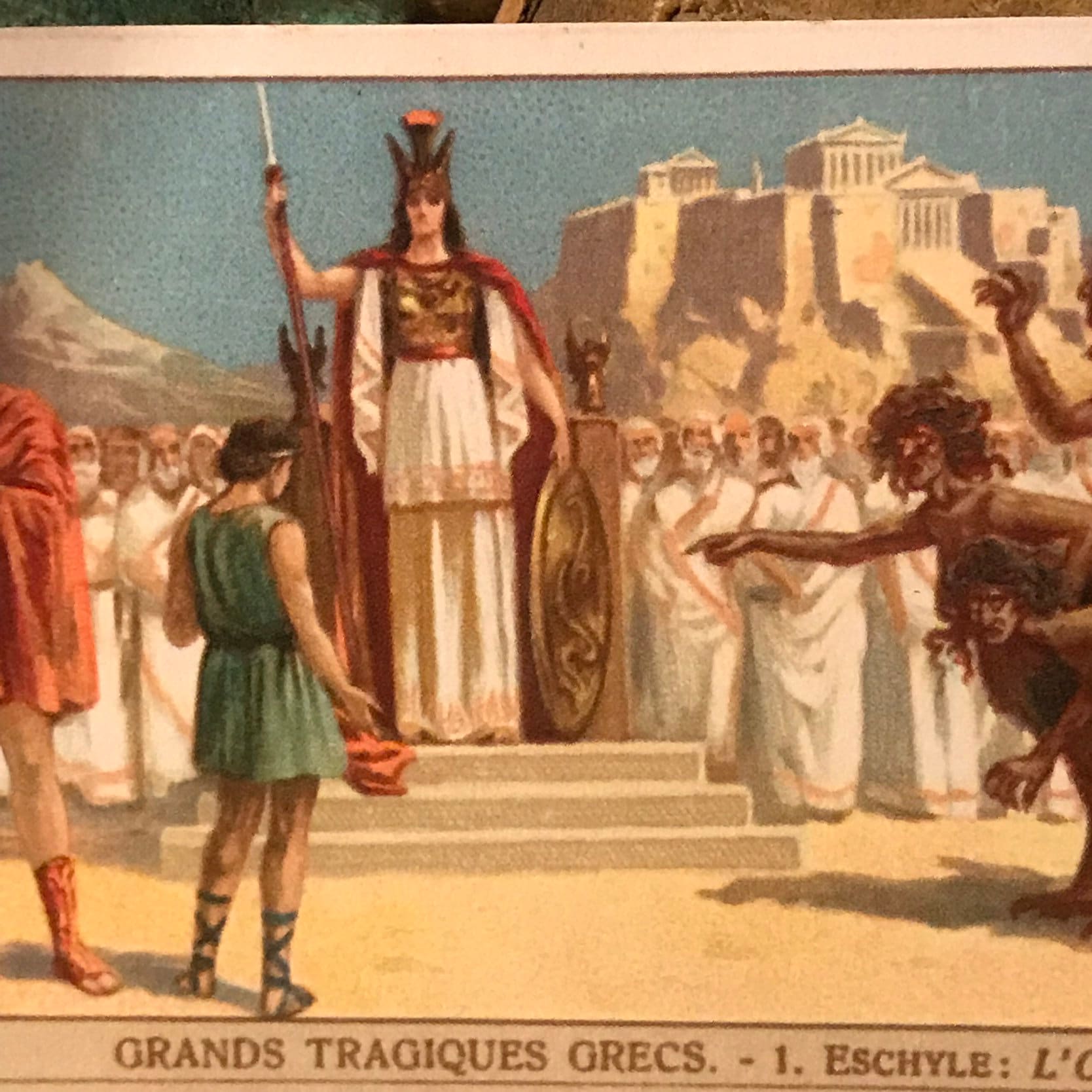 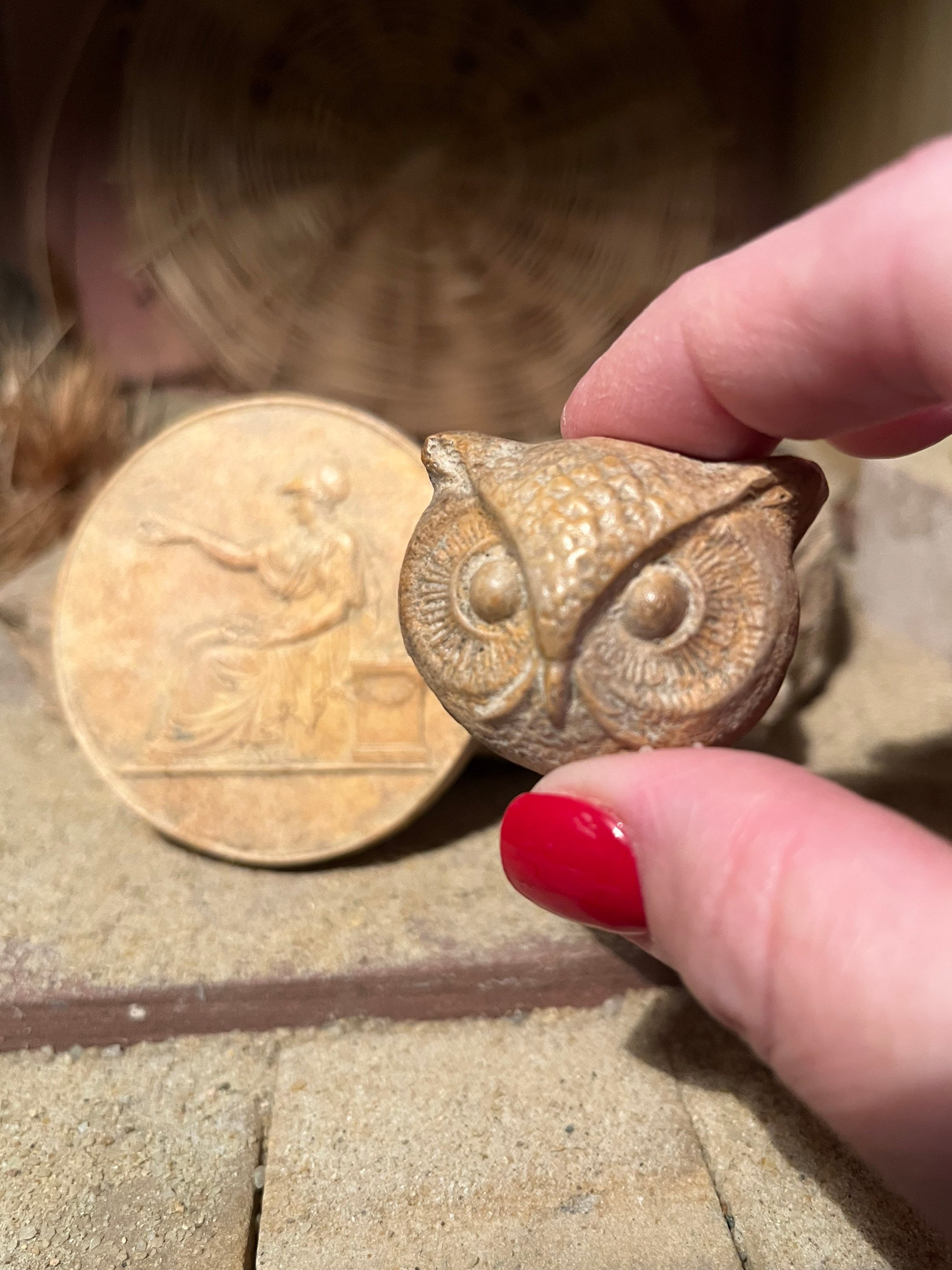 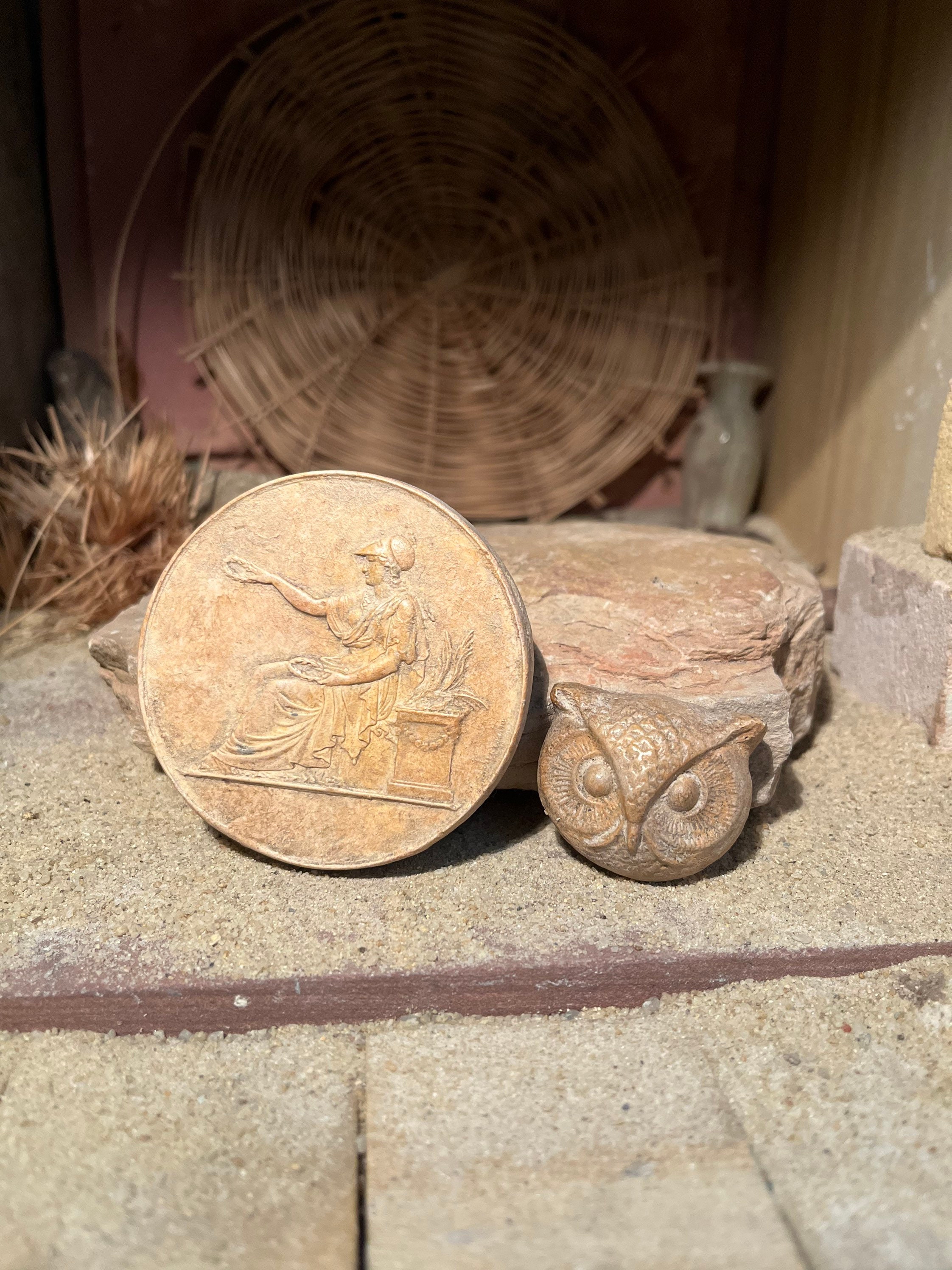 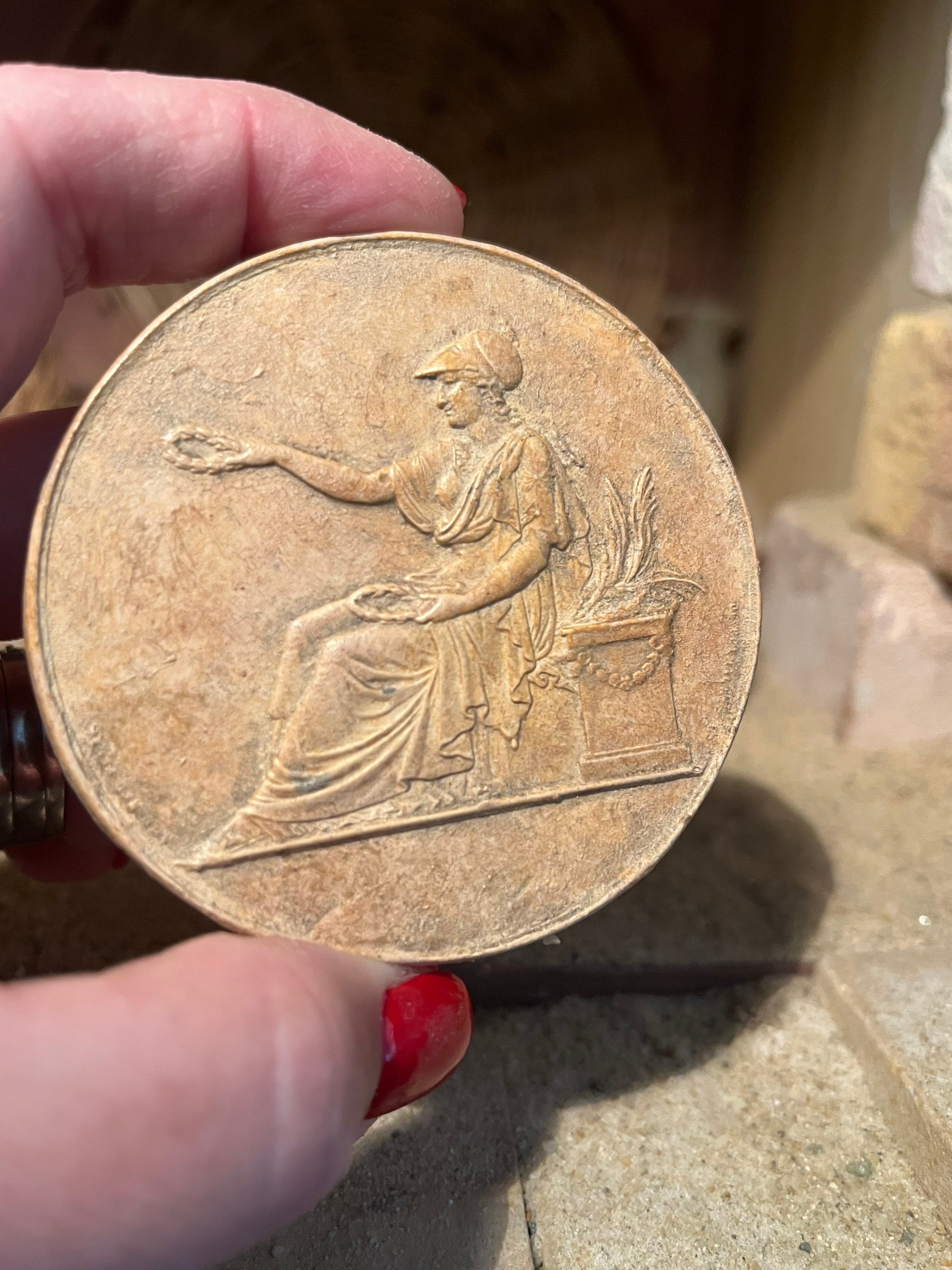 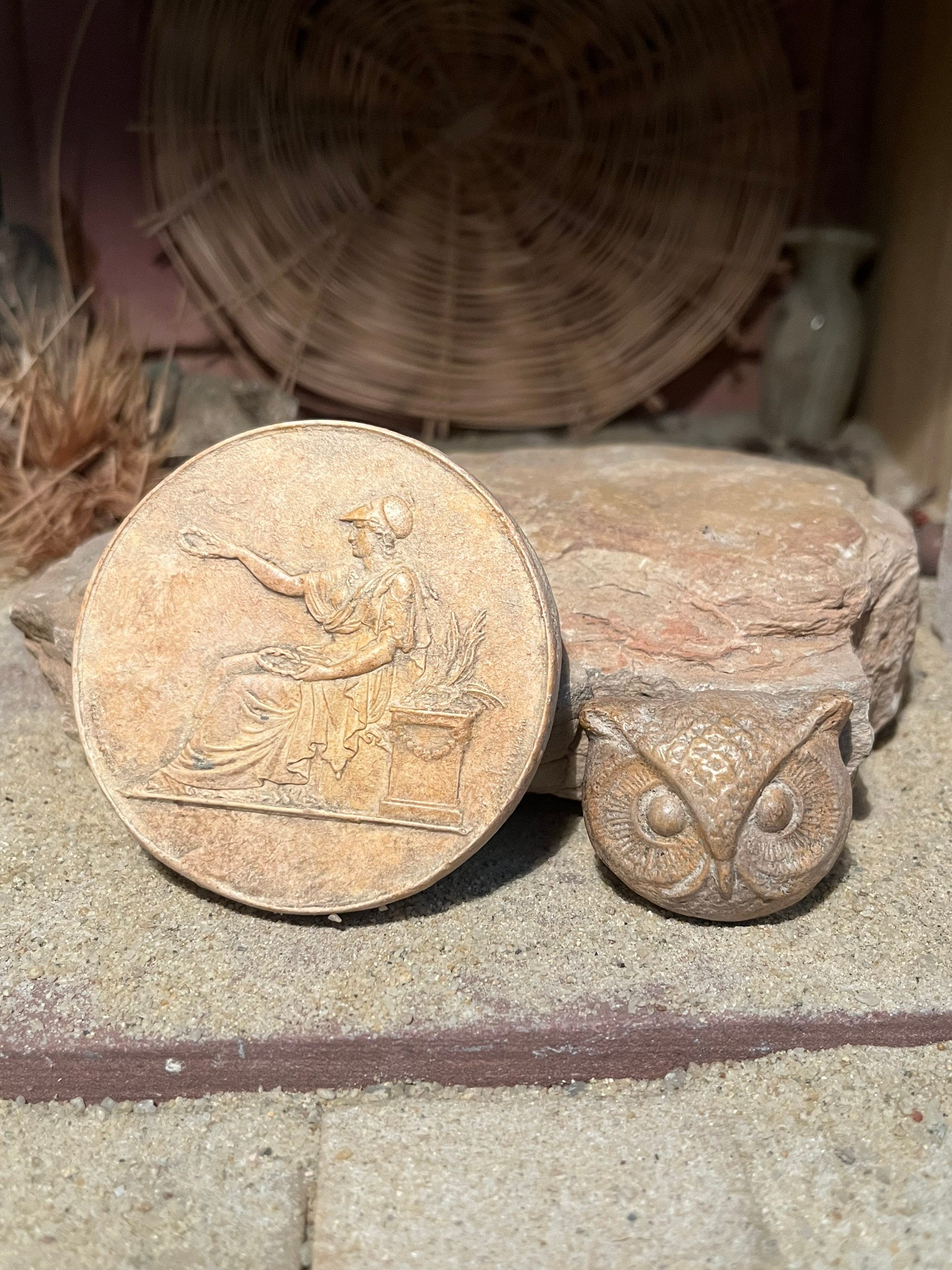 * Combined postage always offered if you would like to add other items.

On offer here is a fine replica portrait of the Goddess Athena with an amulet of her mascot owl. They are made of a limestone and quartzite composition stone which is a medium capable of capturing the most intricate details. The amulets have aged, earthy patinas.

* Included with the amulets is an atmospheric replica collector card from the early 20th century featuring Athena in a sculptors studio.

Athena had many attributes which has helped place her in the modern consciousness as one of the most famous and accessible figures in Grecian mythology. Some of these attributes are listed below : -

Known as the patron Goddess of ancient Athens her temple at the acropolis of the city is one of the most famous and influential buildings in the world. The Parthenon.

Her most ancient origins are said to have come from the island of Crete and her popularity eventually took root in the city of Athens and became her ultimate home.

Her Ancient Egyptian equivalent was the Goddess Neith who was also a Goddess associated with weaving. In Ancient Rome it was Minerva who shared the attributes of Athena, thus continuing the essence and relevance of the Goddess.

The Owl. Athena's association with this bird is another point of interest highlighting her 'goddess of wisdom' aspect. In the most ancient examples of artwork depicting Athena an owl is often present perched on her head.

The poetry of Homer described Athena as having bright, glowing if somewhat enlightened eyes. Using the name to describe this phenomena 'glaukopis' as her most common epithet. The ancient name for owl was 'glaux' which has a similar root word that refers to the owl's distinctive eyes. It is therefore not surprising that the owl would become Athena's mascot. It is all in the eyes.