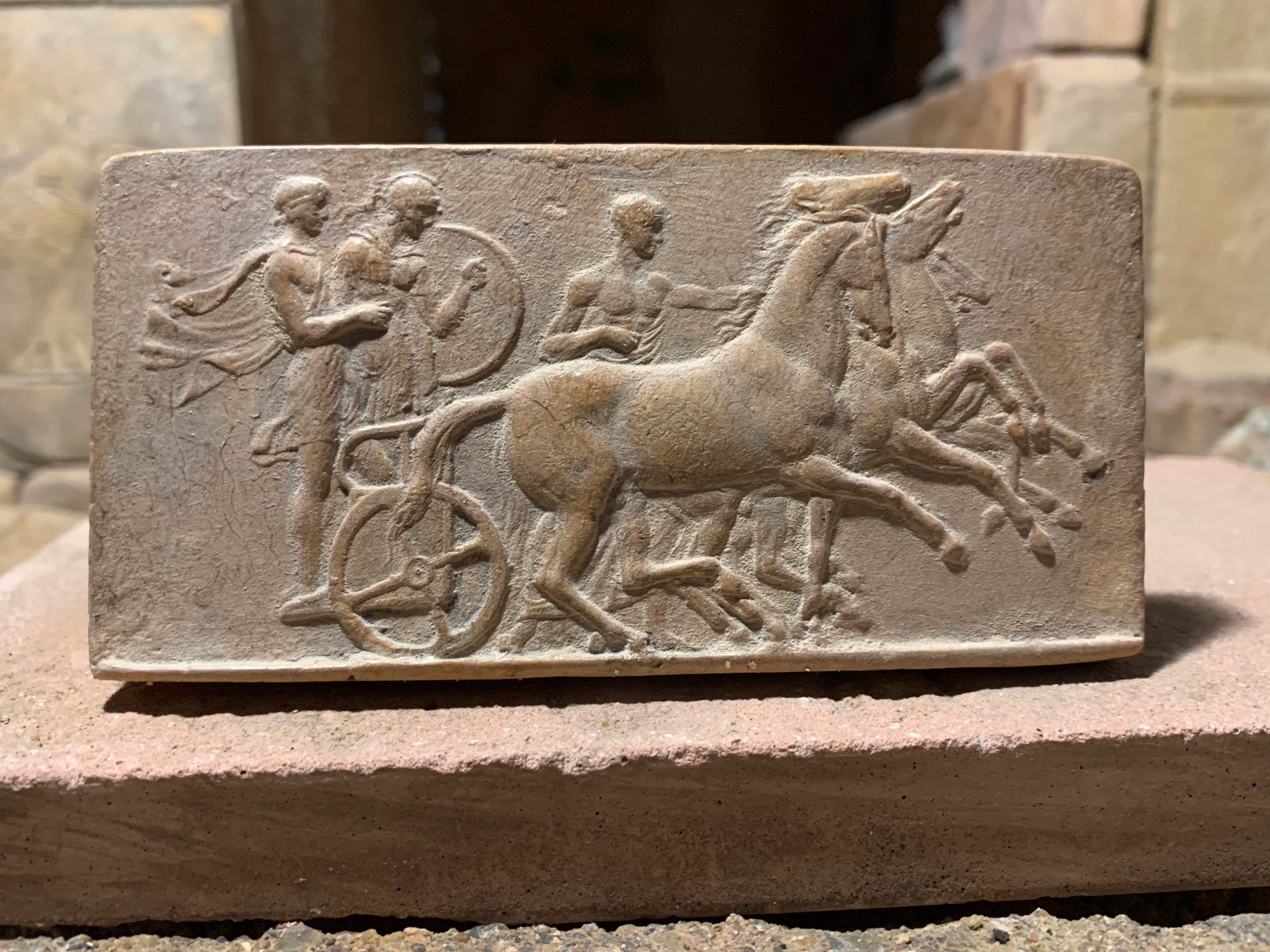 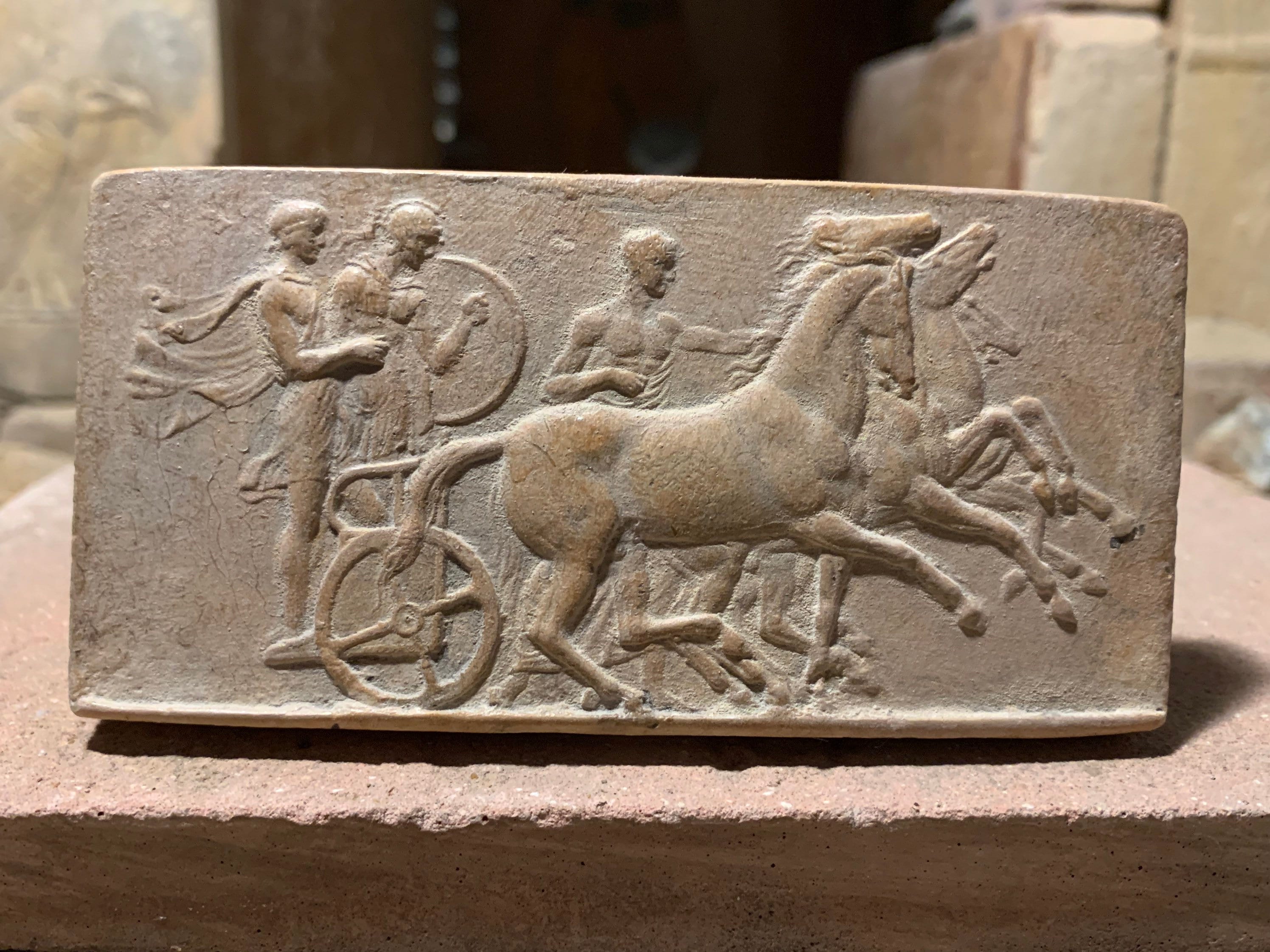 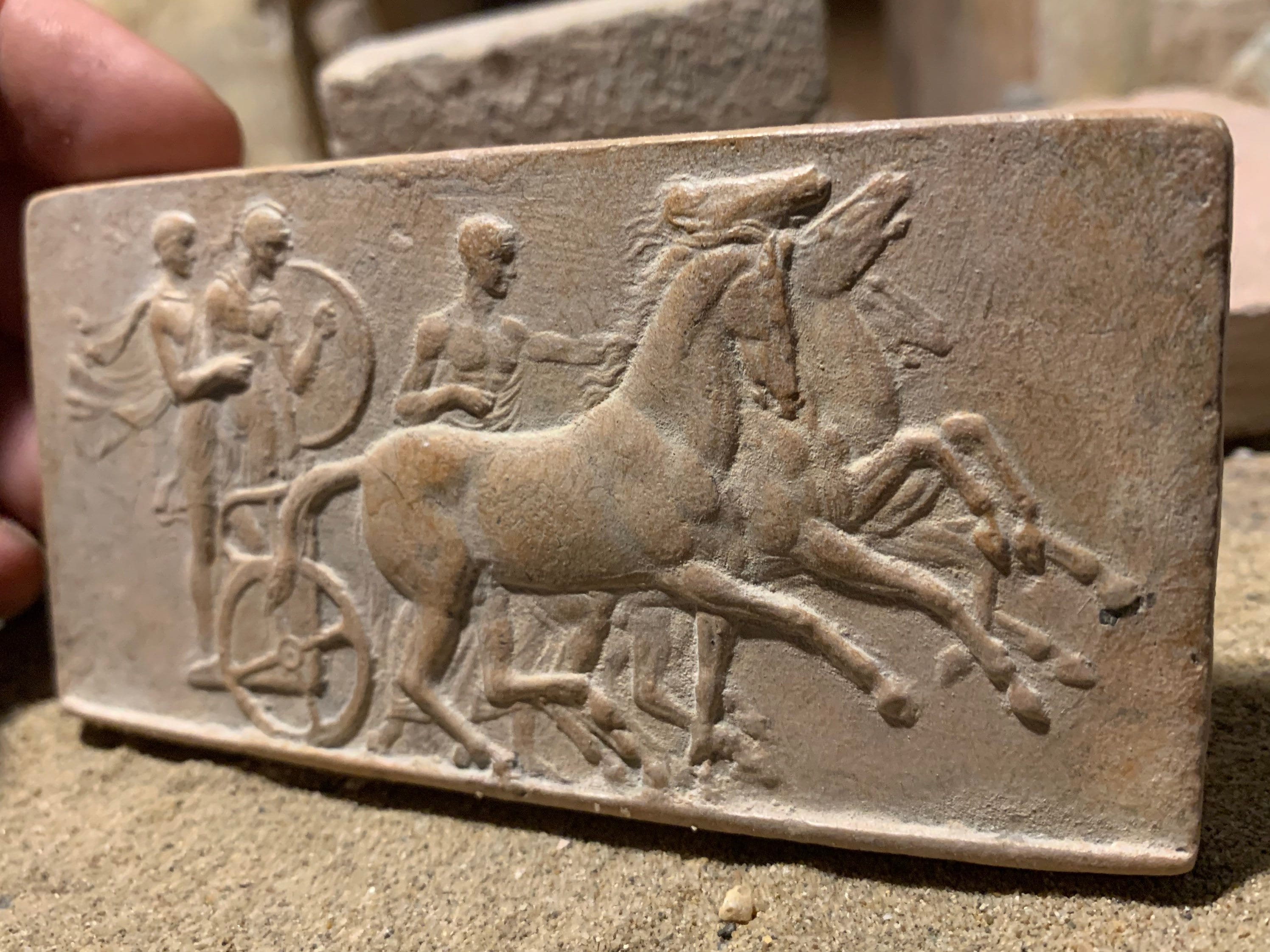 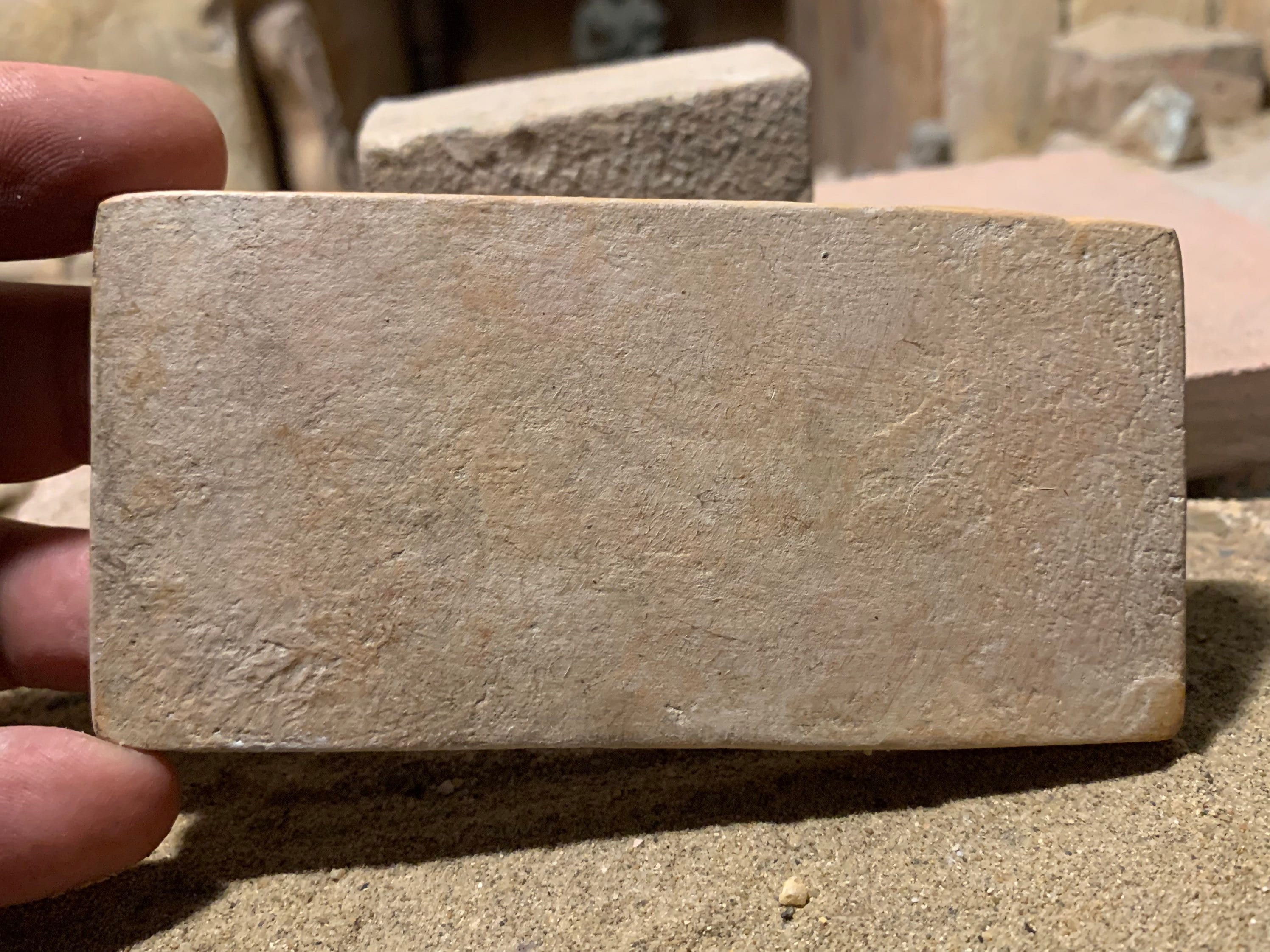 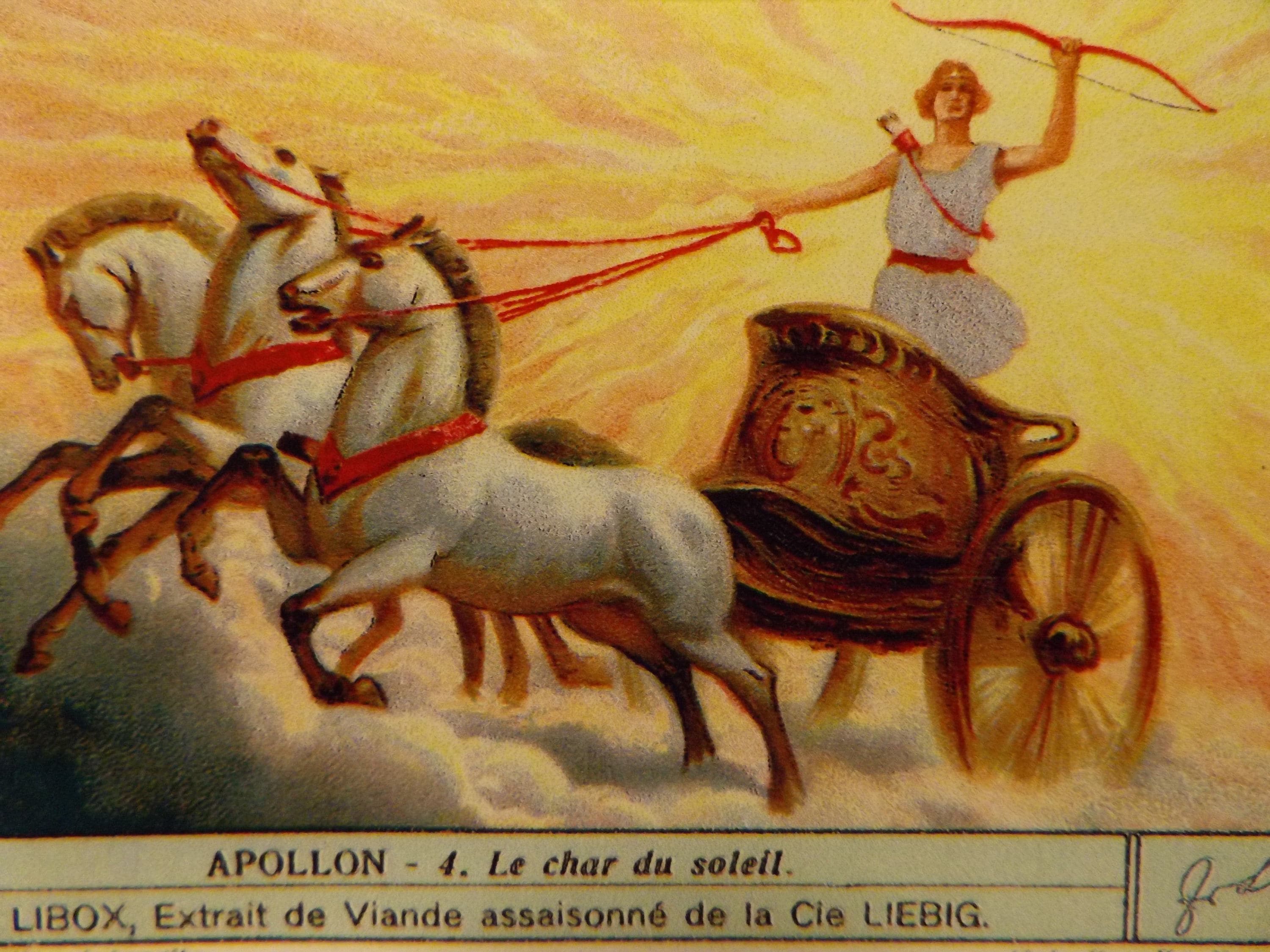 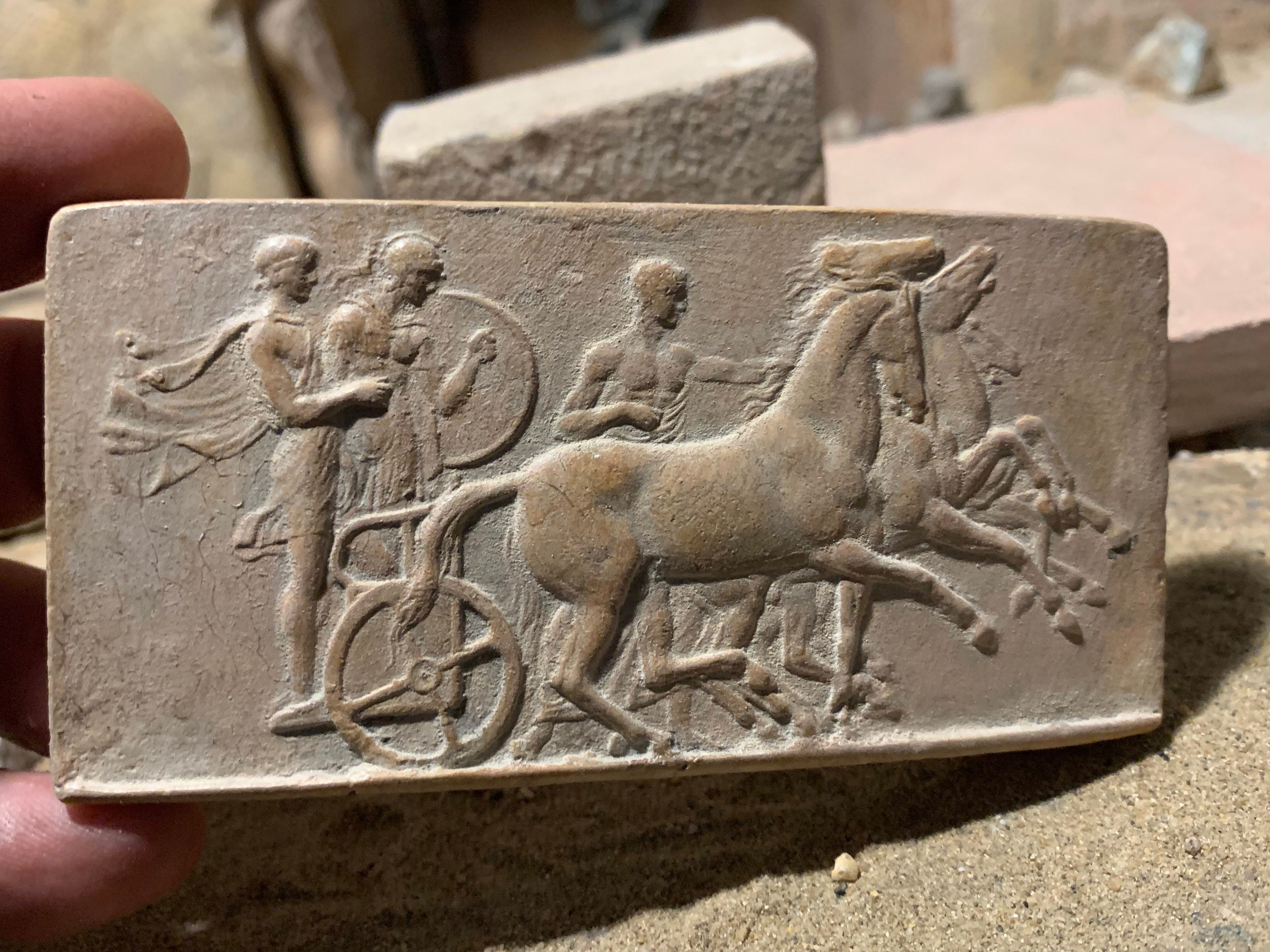 
Made of a limestone and quartzite composition stone and has been given an aged ochre patina.
* Included with the pieces is a replica atmospheric collector card of early 20th century design featuring Apollo in his chariot.

The chariot scene
This slightly eroded, miniature masterpiece, evokes the most graceful aspects of Greek art with exquisite detail. You can see clearly from even this one piece, how artistic inspiration flowed into the emerging Roman empire. Ancient visitors to a more complete Parthenon and other artistic hubs of the Greek empire would no doubt have been awestruck at the scale and majesty of the sculptures within.

Propelled by the speed of a chariot drawn by four horses a noble charioteer and a Hoplite soldier rush ahead while a curious running figure alongside the horses is gesturing the way forward. This figure is a marshall, custodian / supervisor.

The scene depicts a sport known as 'Apobatenagon' which was held at the great panathenaen in Athens. The Hoplite was a kind of armed athlete, who is shown wearing a helmet and holding a shield and chalmys. The object of the sport was the skill displayed by the Hoplite to be able to jump from the racing chariot and his ability to jump back on again. The charioteer had to help him as well as having full control of the horses. After the chariot race the Hoplite had to run a further 200 meters to reach the finish line.

Scenes such as this one were to be seen at the Parthenon in the middle of the north and south sides. This particular one was displayed on the south side.