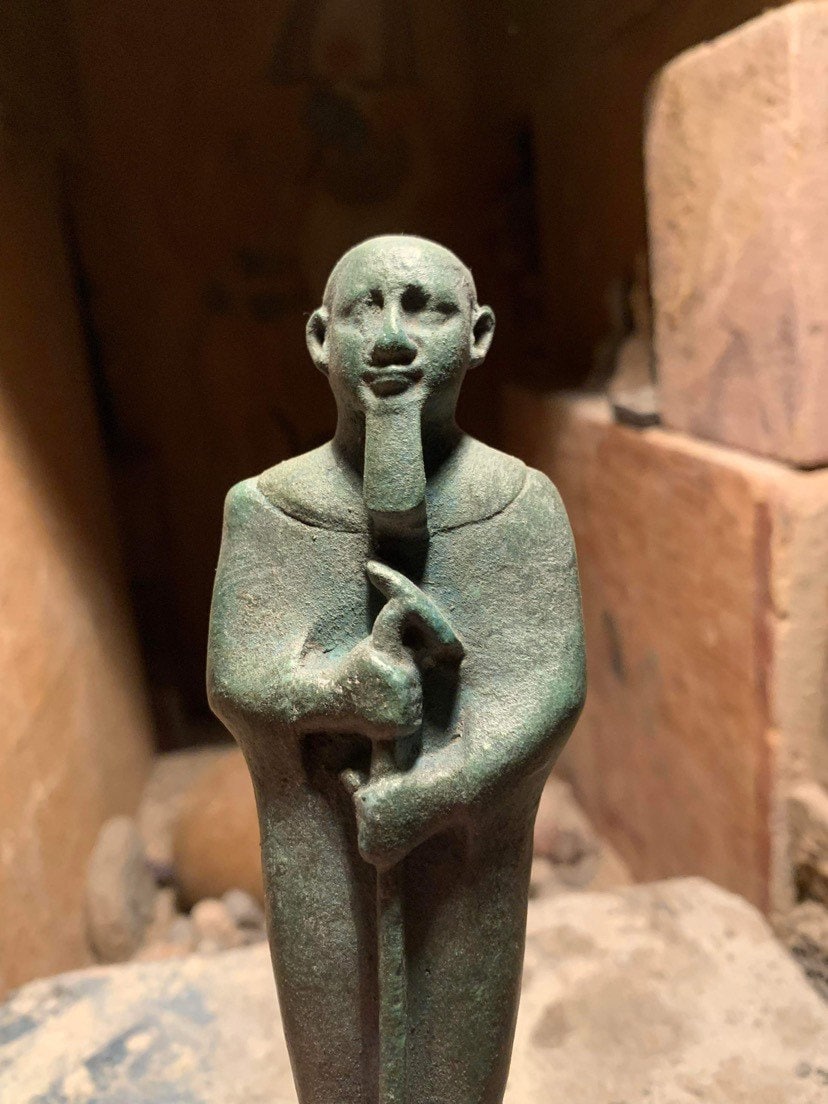 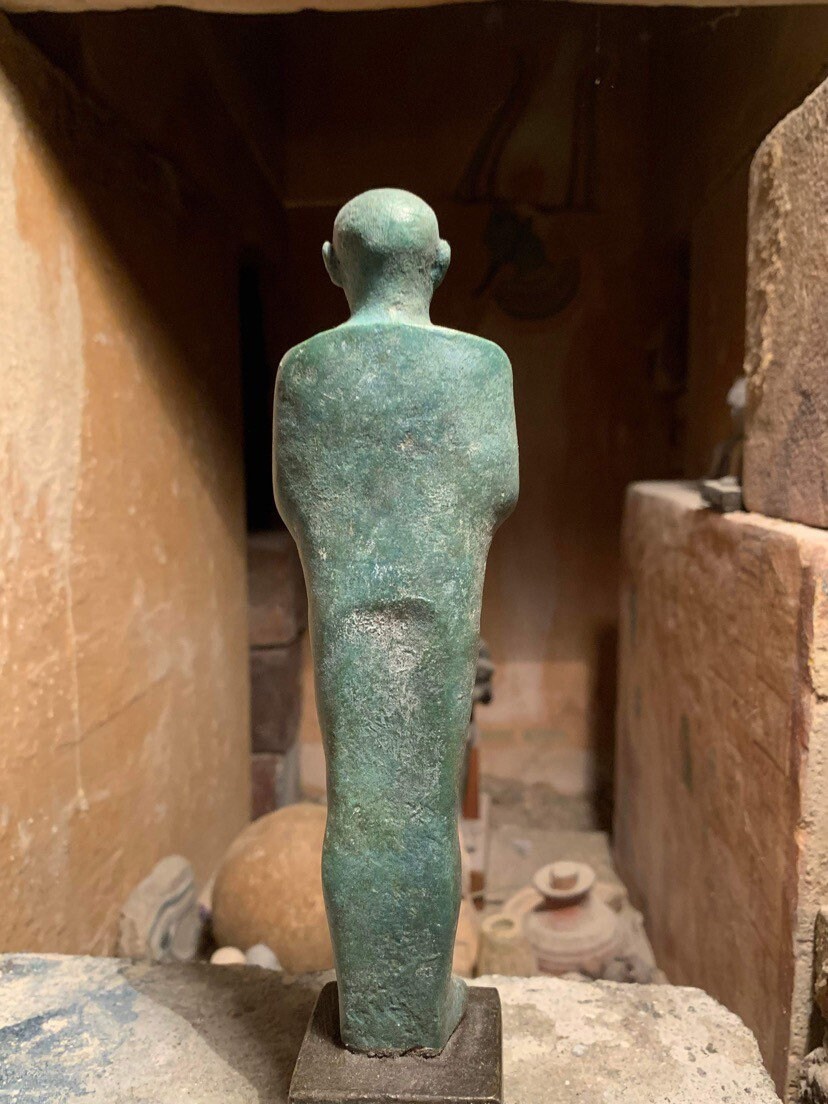 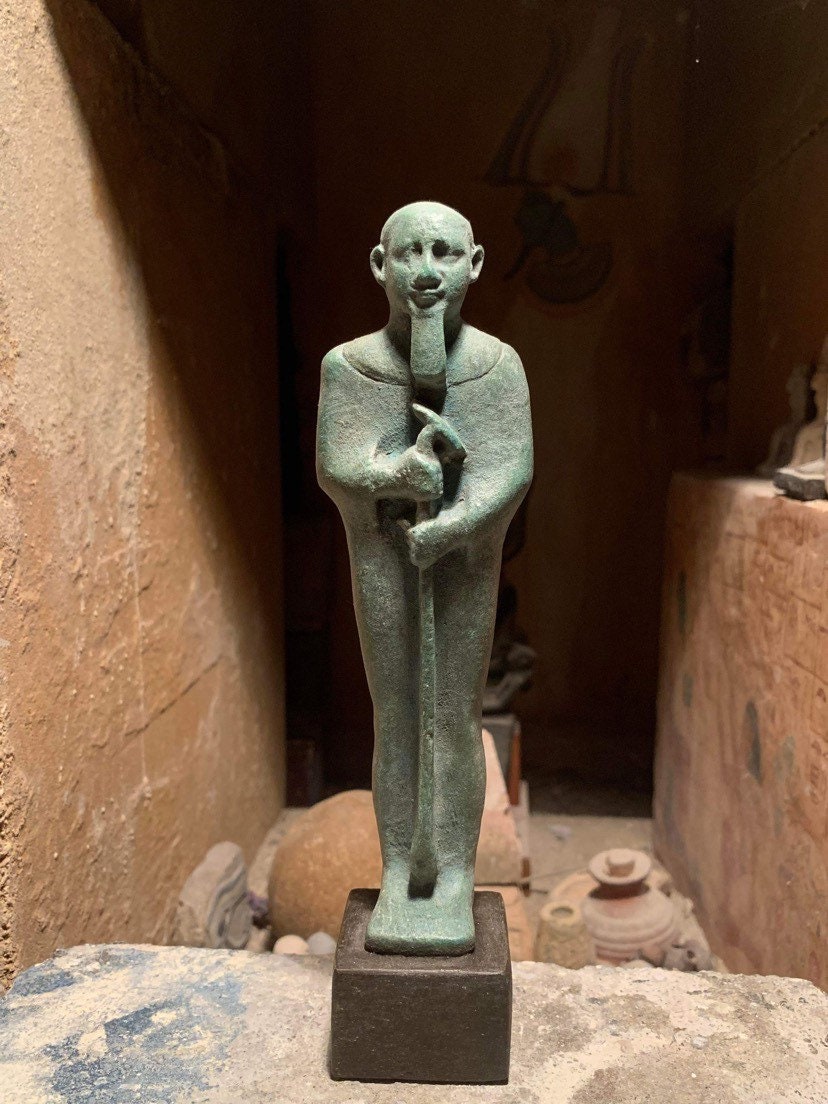 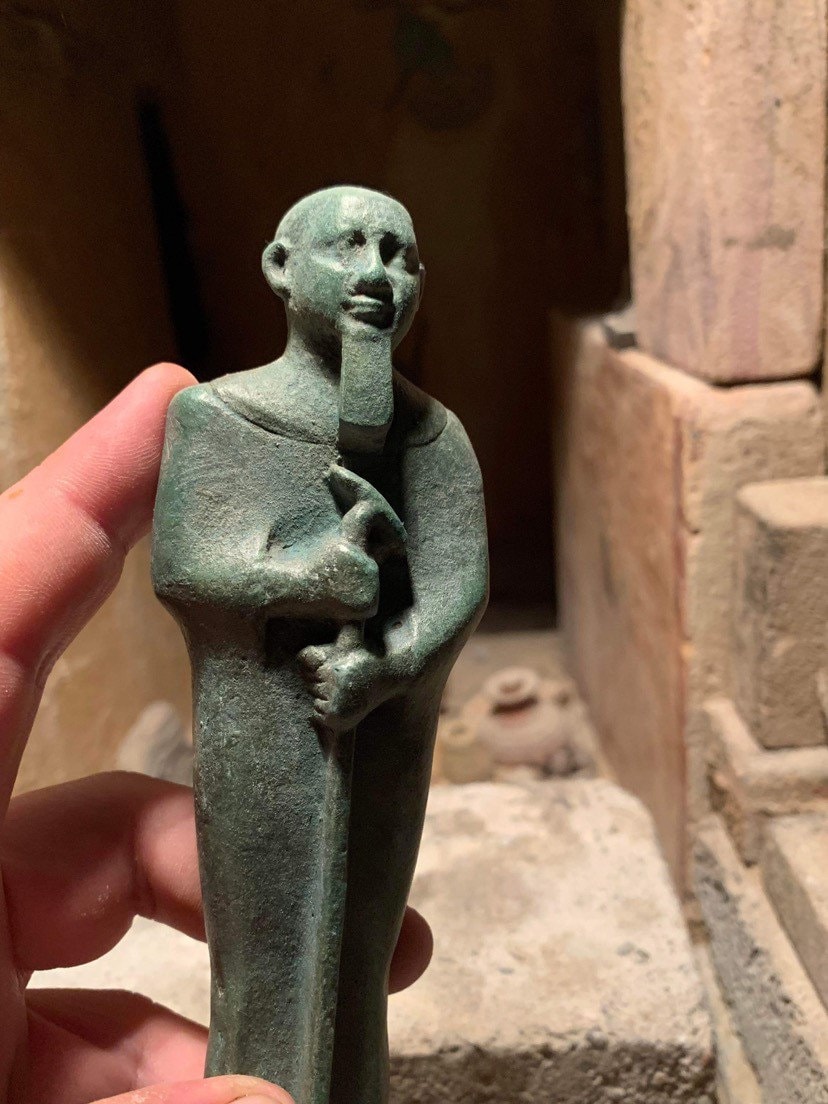 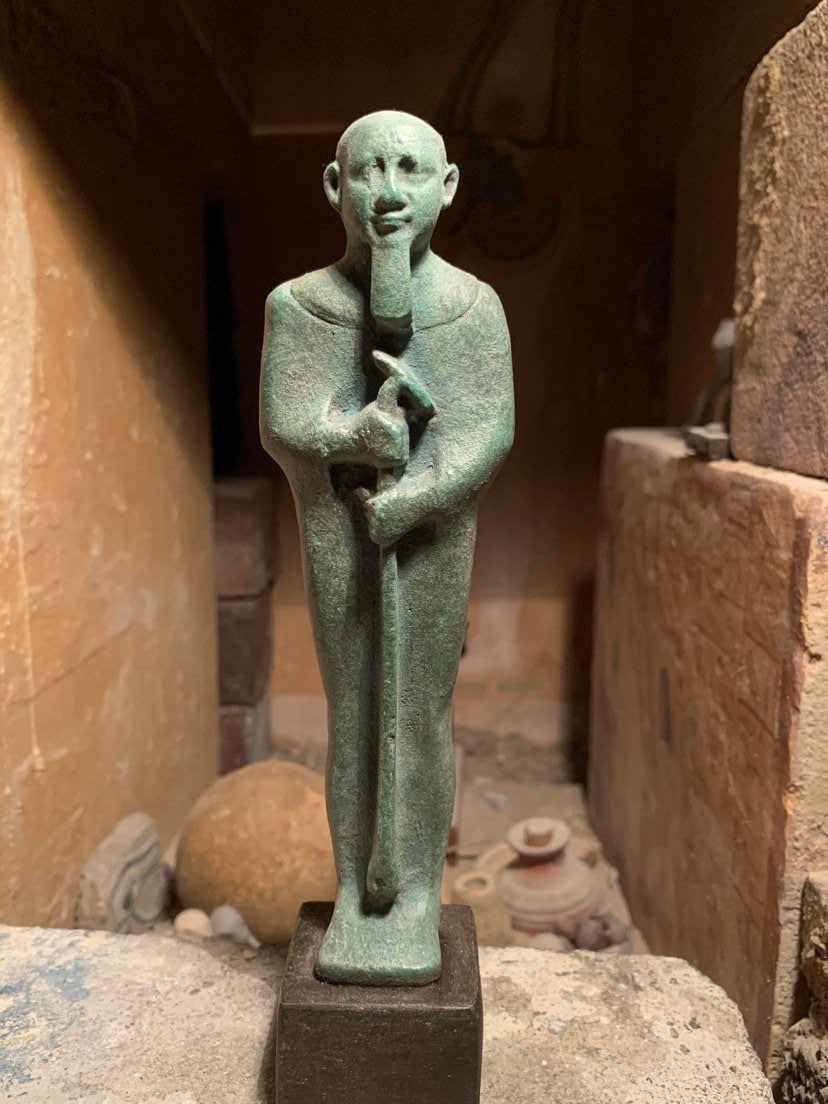 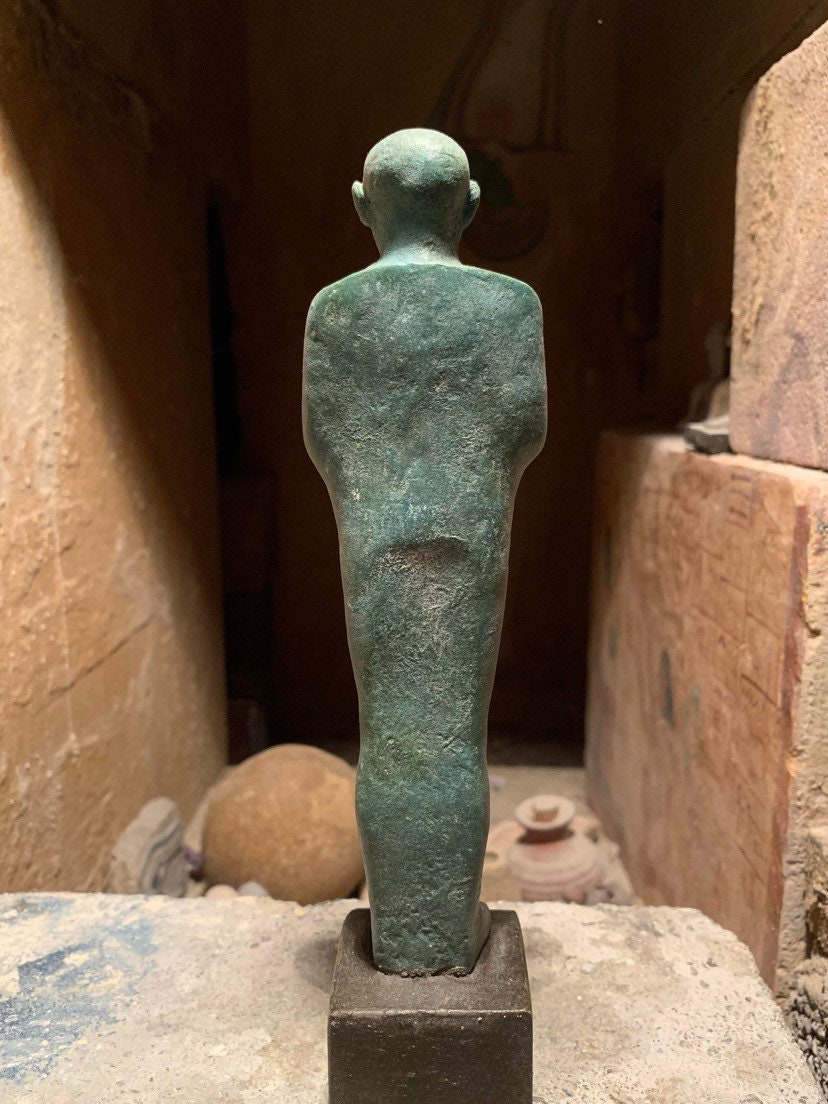 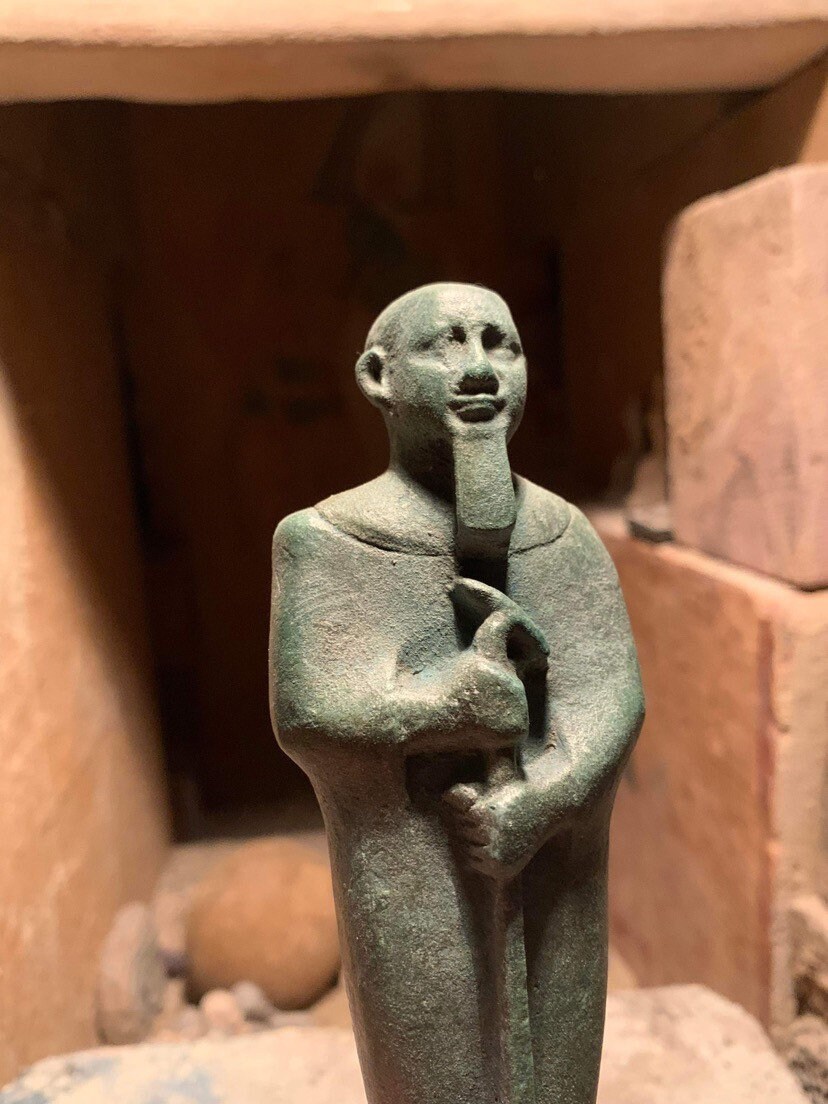 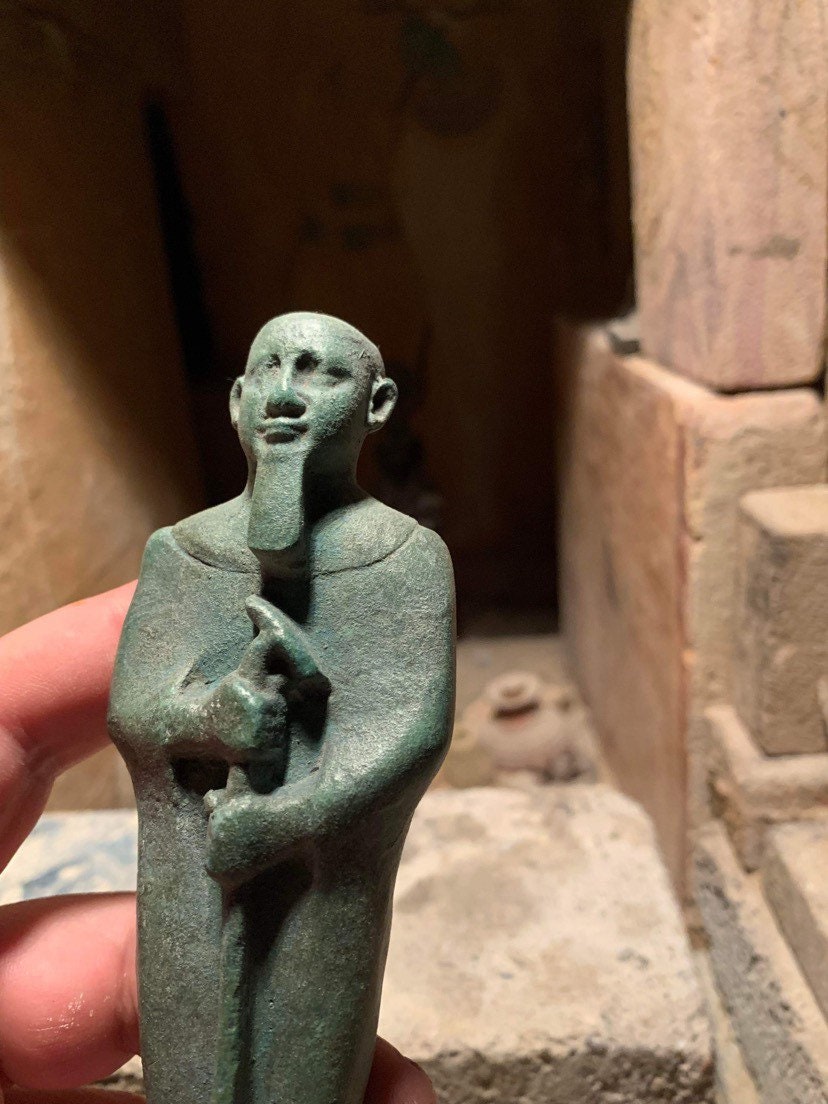 Egyptian statue replica of the creator God Ptah. Patron of arts and creativity.

Available is a fine statue of one of the most ancient creator gods of Egypt, Lord Ptah.

Made of a limestone and quartzite composition stone this statue has a well developed aged green patina and is mounted on a polished felt based stand.

One of the most ancient of the many Egyptian creator gods, Ptah had an influence far beyond the confines of his heartland in ancient Memphis, modern day Mit Rahina.

A patron of artistans, painters, sculptors and thinkers, his simple form of a man wrapped in a figure hugging shroud was rarely elaborated upon during Egypt's long history.

In this depiction he holds a simple 'Was' sceptre that signifies dominion. This sceptre could have further elaborations with the Ankh (symbol of life) and the Djed (symbol of strength and balance) attached above the point where the two hands grip the sceptre.

An interesting aspect of the influence of Ptah in modern society is the little known fact that the symbol for the Academy awards, the Oscar, is derived from a statue of Ptah, stripped down to a minimalist Art Deco design.

The most likely reason for this was the still fresh Egyptian fever that had gripped the 1920's after the discovery of Tutankhamun's tomb. This great era of passion for all things Egyptian inspired aspects of design in architecture, lithography, fashion, sculpture, painting and all manner of domestic furnishings.

It was one particular statue of Ptah found in the boy king's tomb that really lit the torch of inspiration for the designers at the academy of motion pictures. The highly detailed and perfectly preserved gold statue of the god was perfect inspiration. After all, Ptah was the god of arts and creativity.