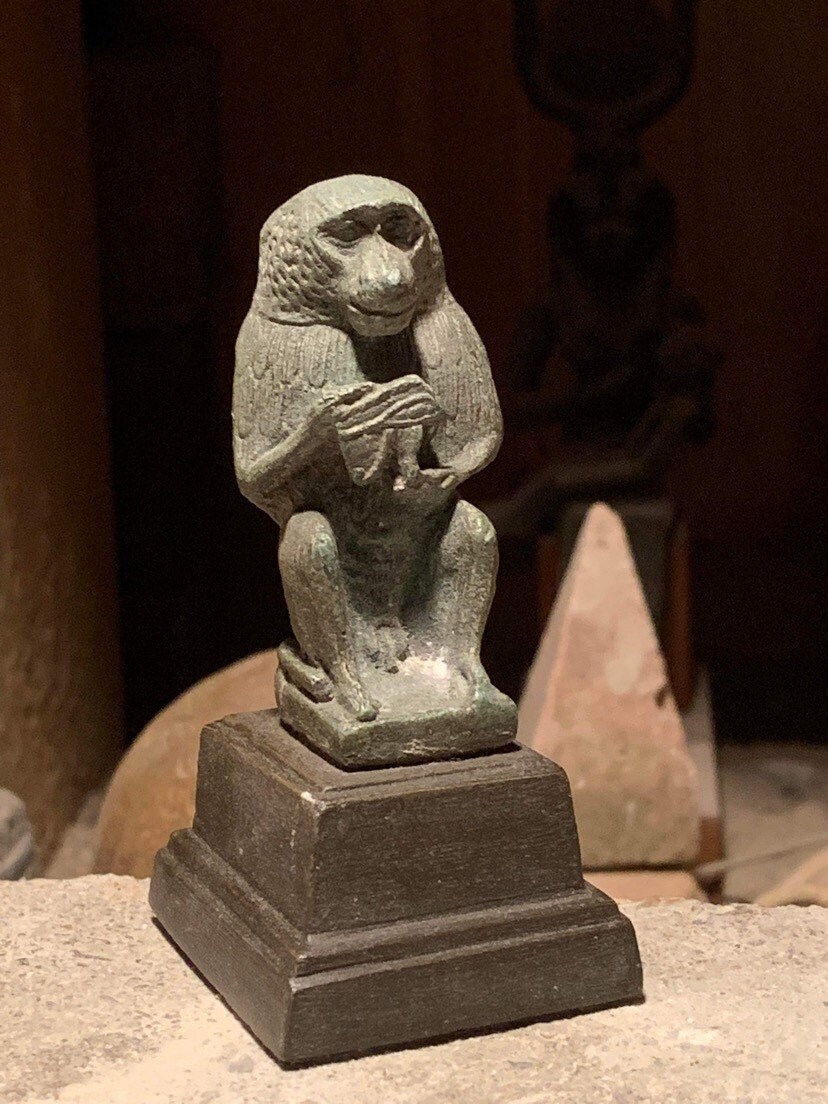 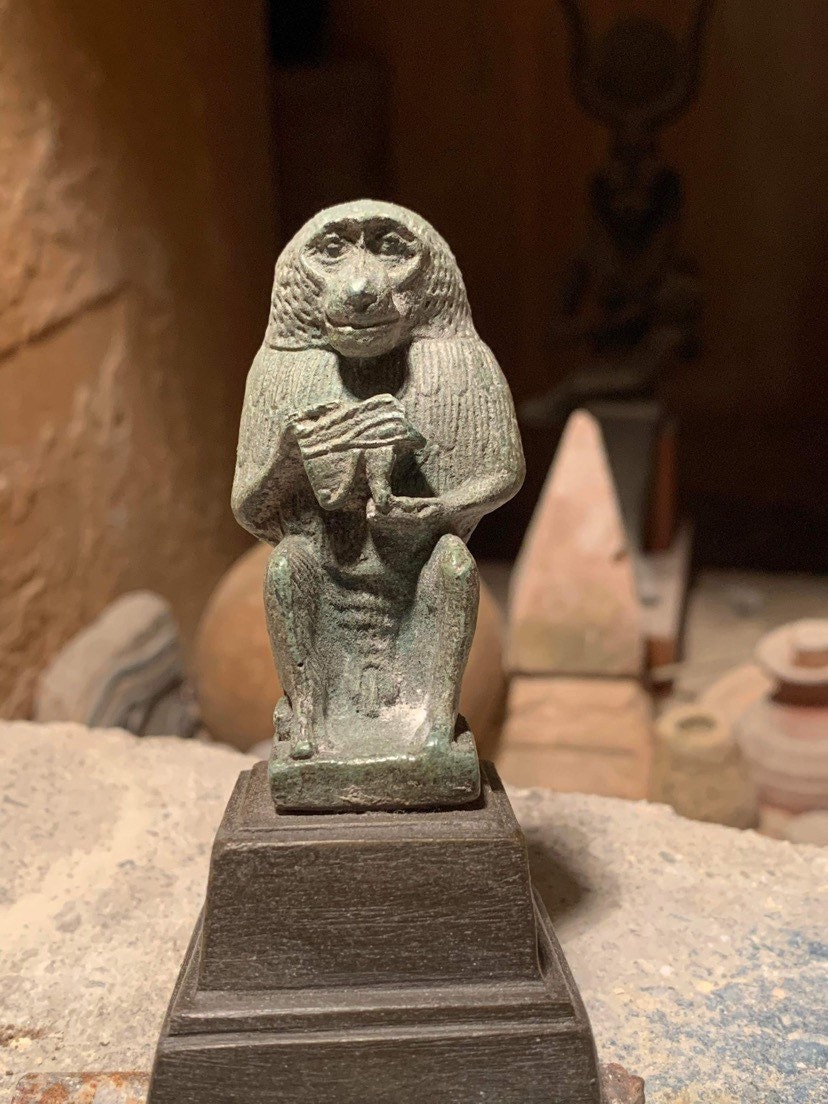 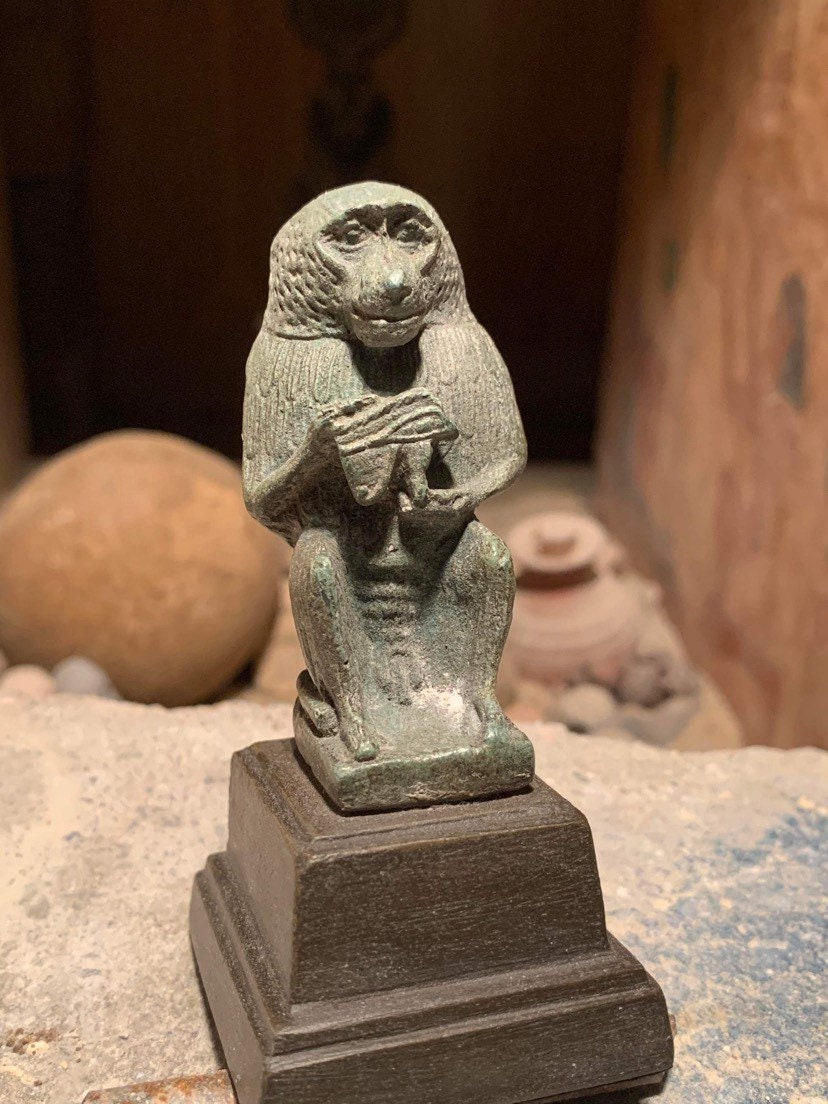 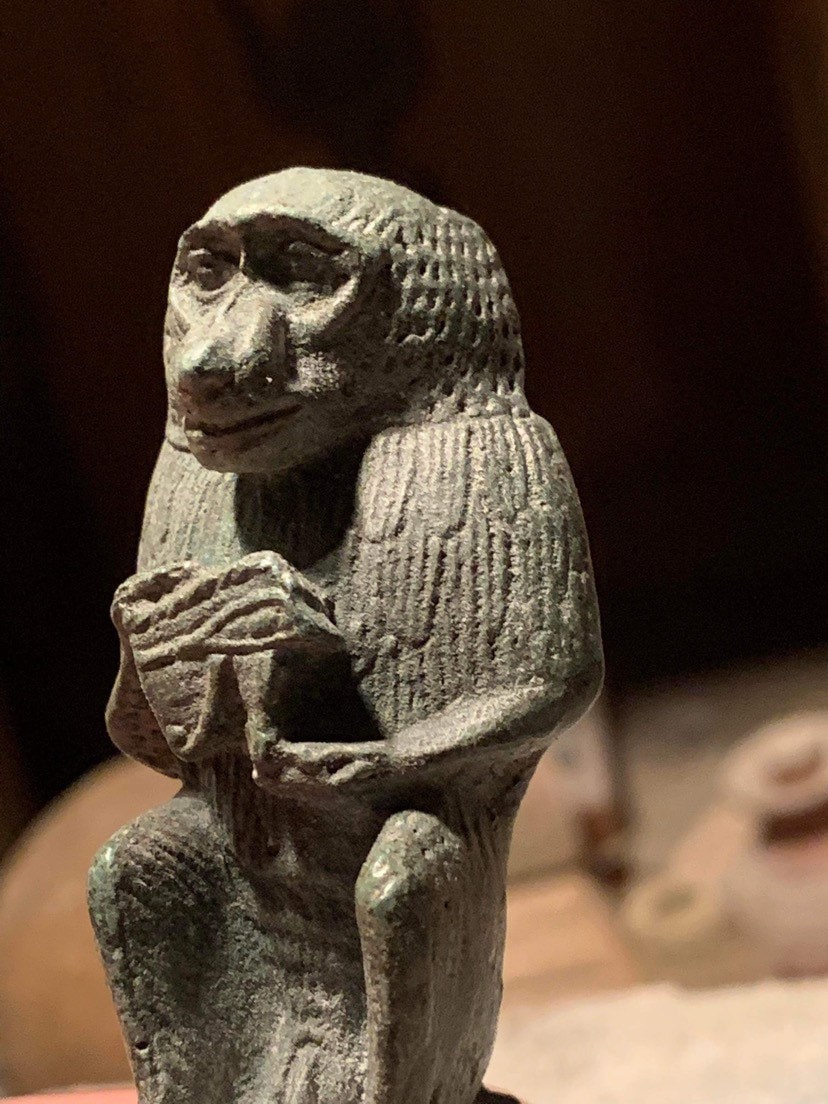 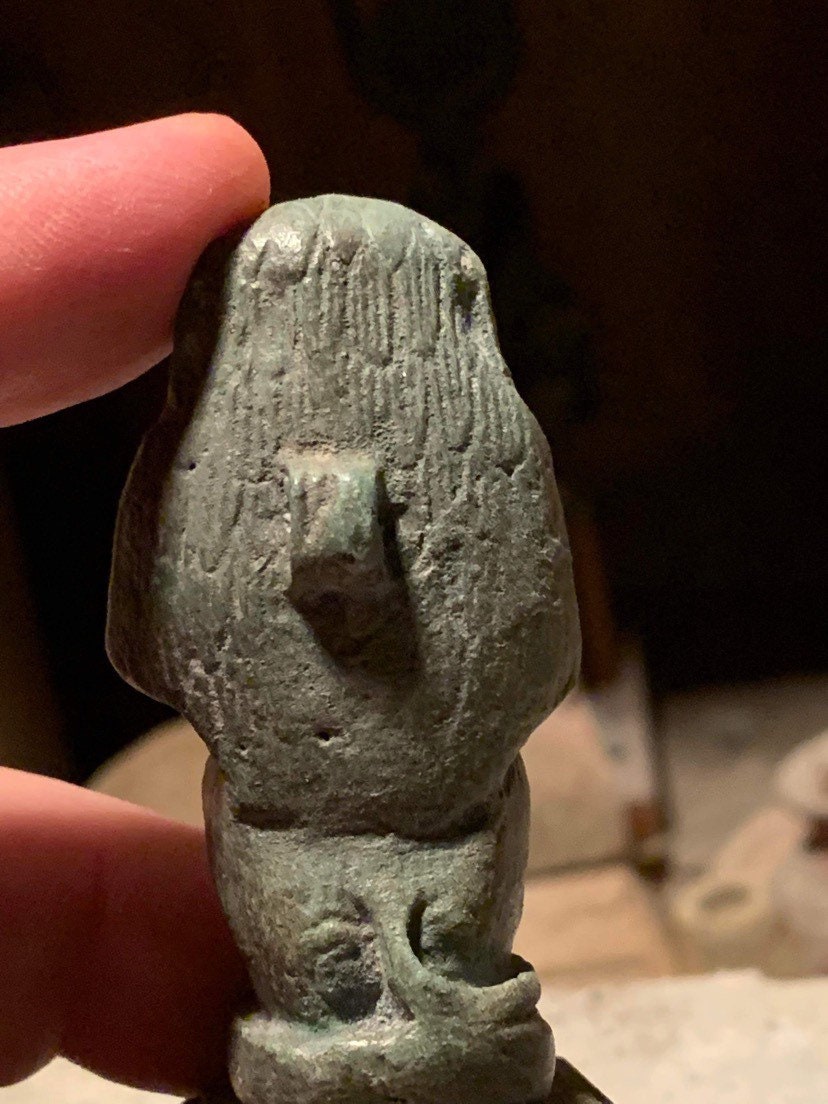 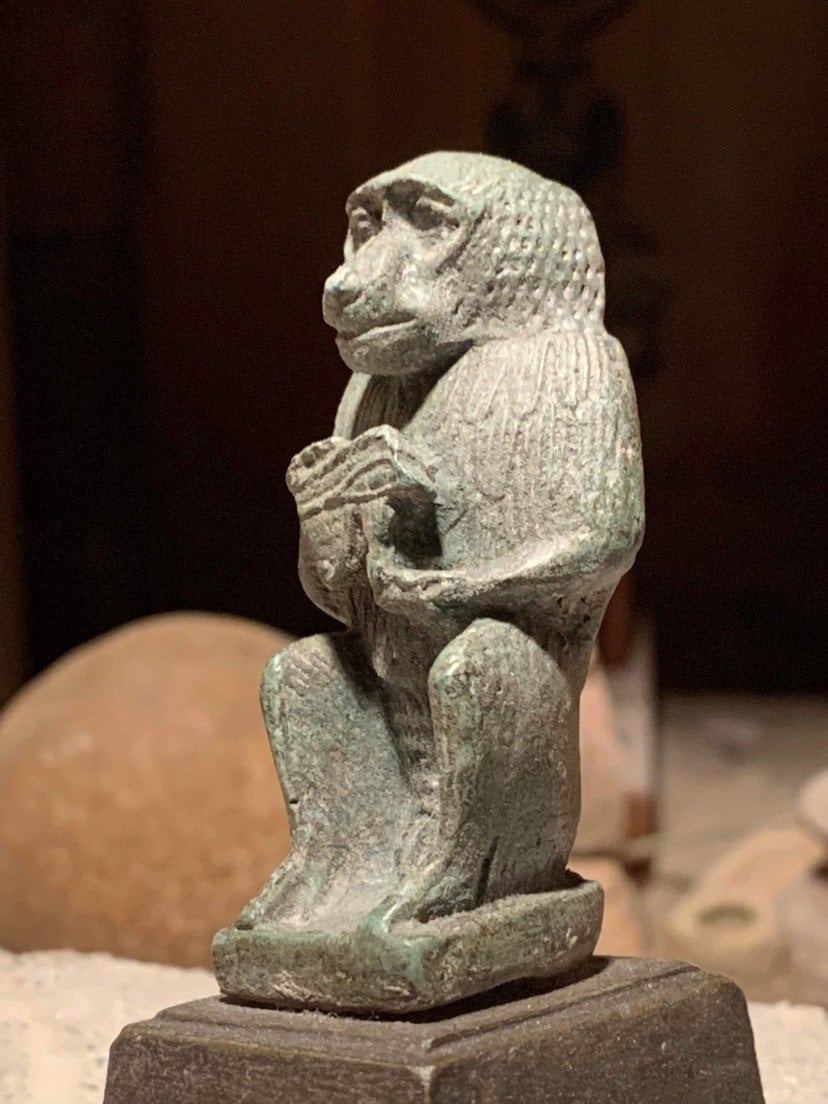 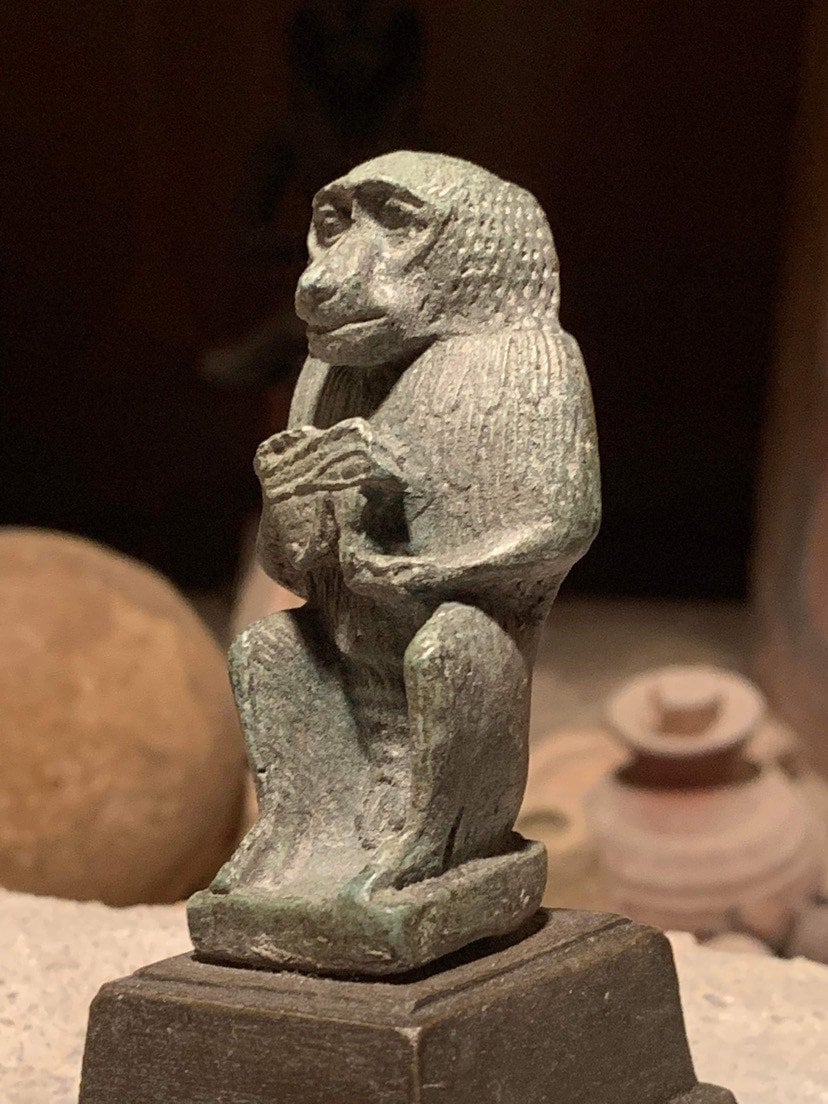 Made of a fine limestone and quartzite composition stone, this replica statue has an aged Egyptian blue/green colour and is mounted on a polished felt based stand.


This little statue represents the Egyptian god of writing and wisdom in his baboon form. In addition he was also associated with the moon and could be represented as an Ibis with or without the crescent moon worn on his head.

Thoth can also be shown as an man with an Ibis head / mask. This representation shows the purely baboon form which was a sacred animal to the Egyptians. The most human like creature that inhabited the Nile valley was deified early in Egyptian history. The baboon's howling reaction to moonlight would have been noted and was a likely reason for his appointment to moon god status. The title of moon god was also shared with Khonsu, which was a more abstract youthful human form from the Theban region.

Baboons were also depicted greeting the rising sun with arms upraised in adoration.

This replica statue is quite detailed and is based on a large amulet that would have been worn in life during special occasions. An attachment on the back demonstrates this feature. He is shown seated and holds a protective eye of Horus amulet which would have endowed the owner with a potent mix of wisdom and protection.