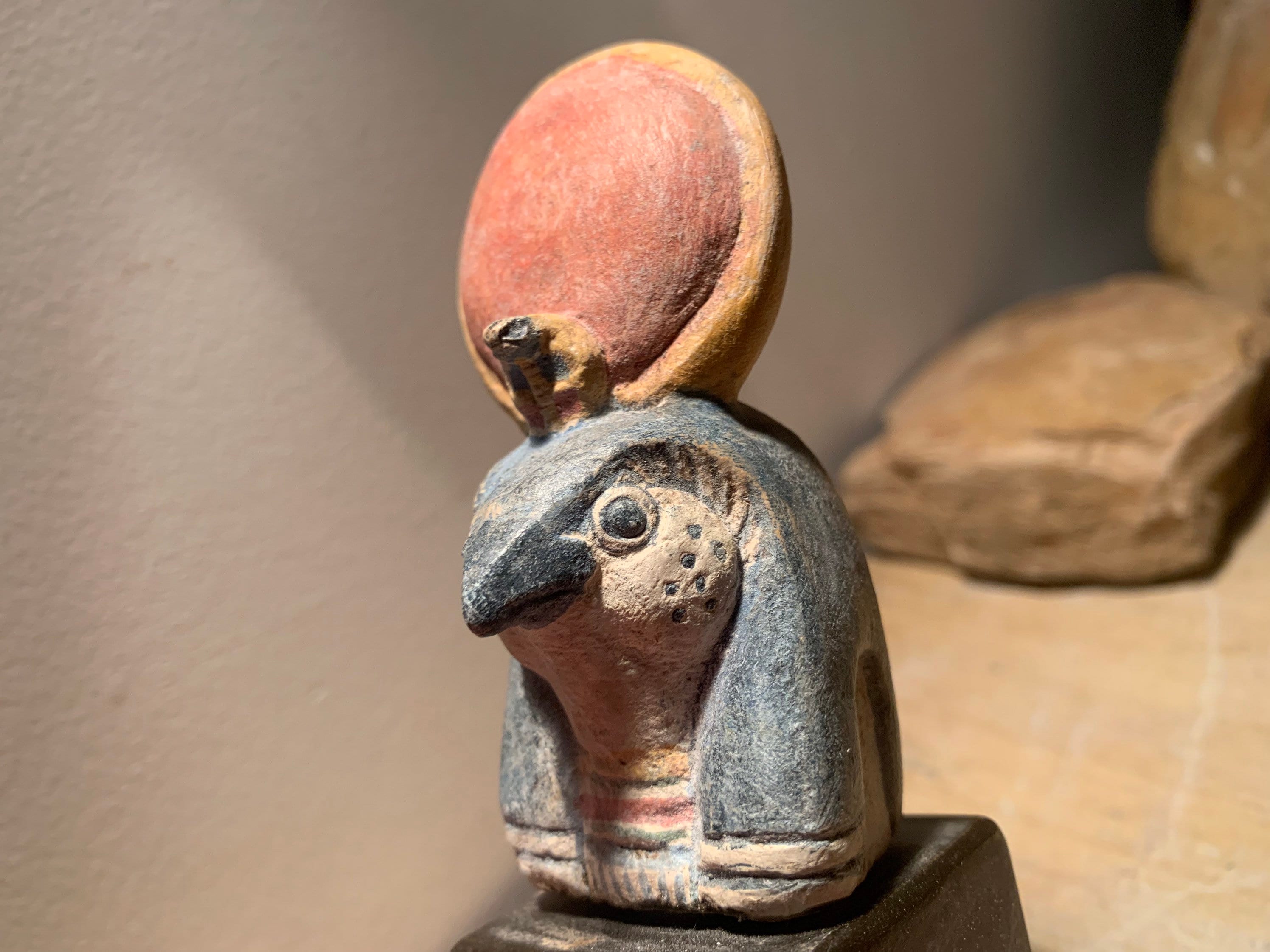 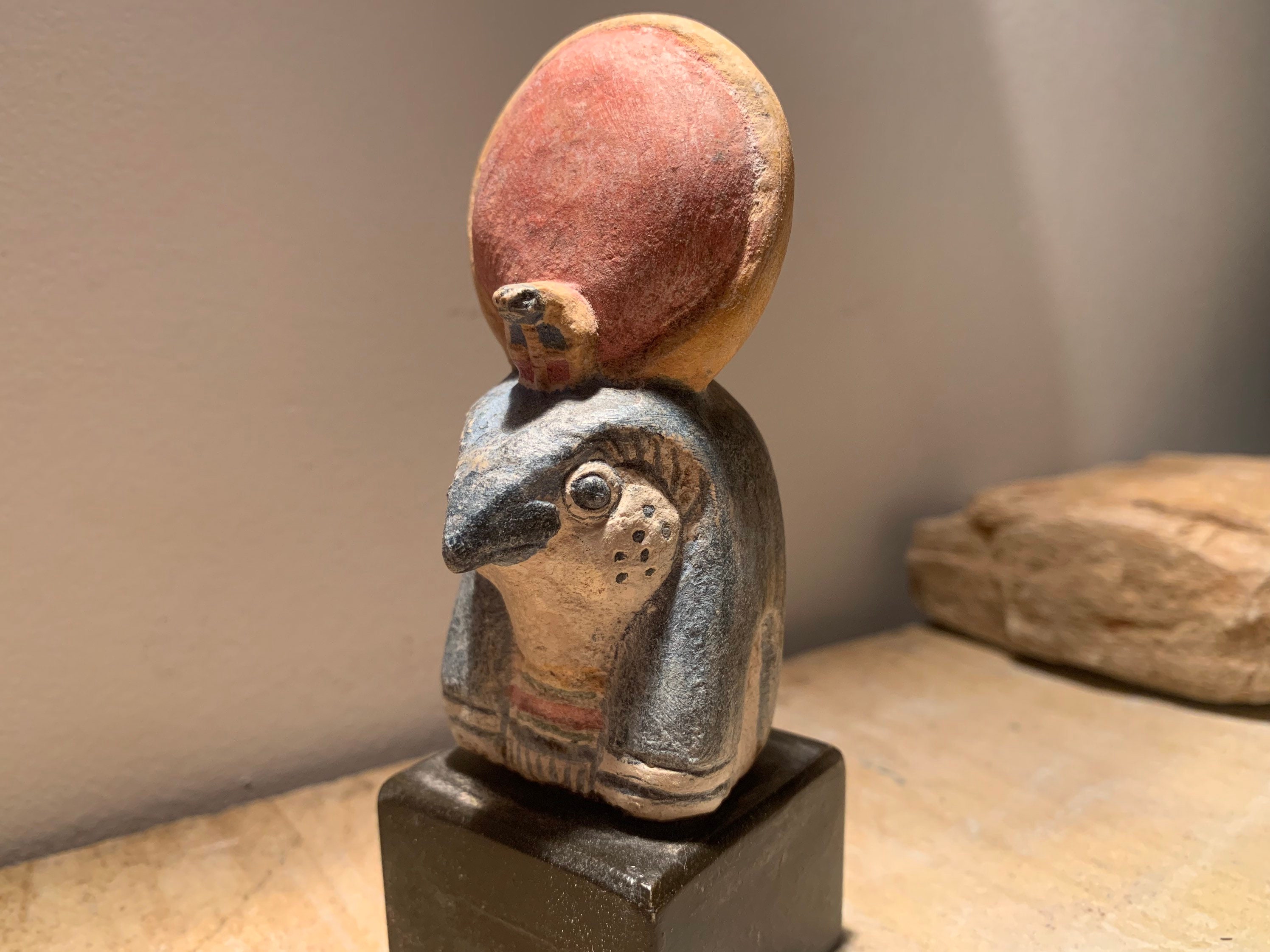 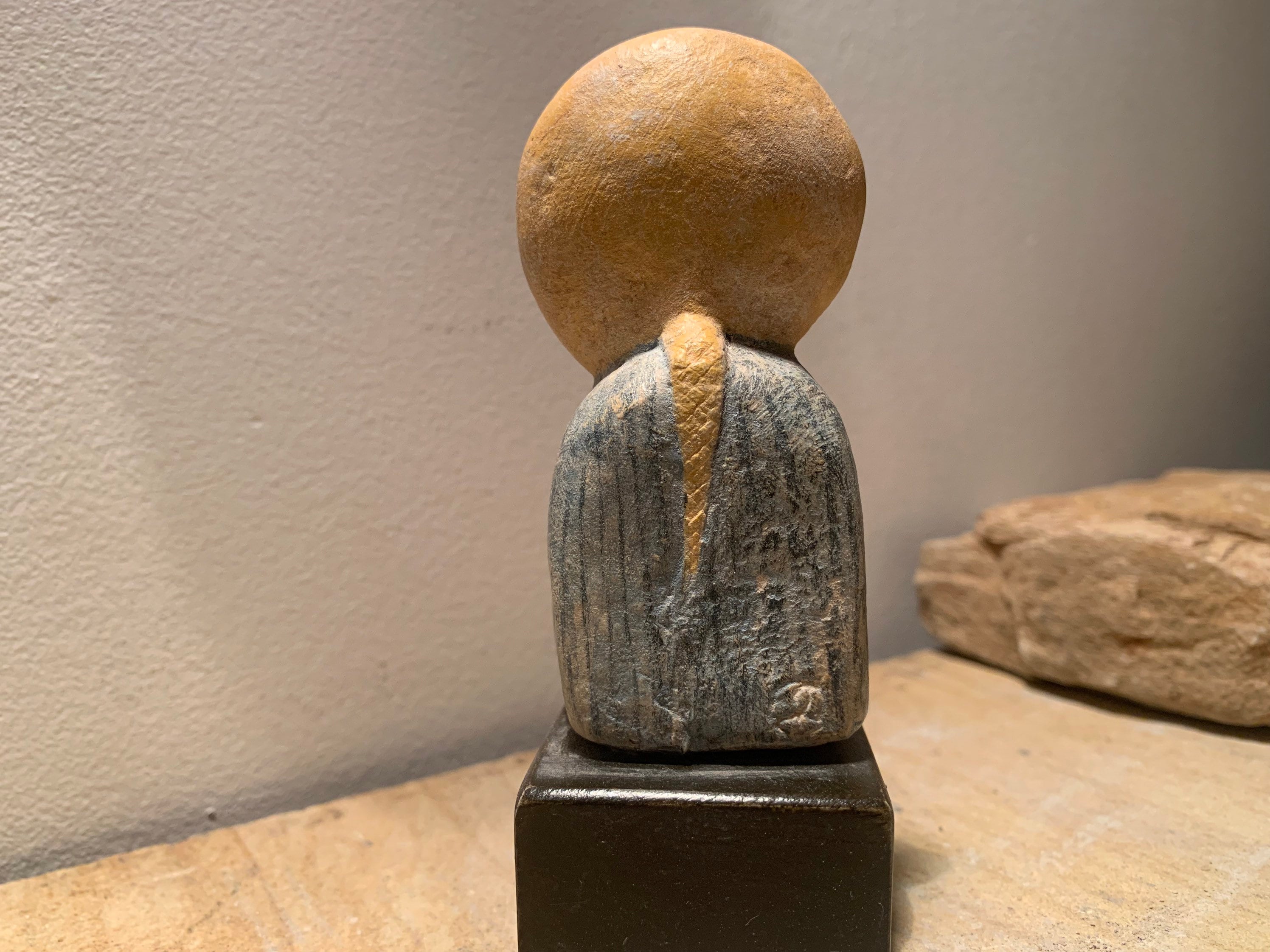 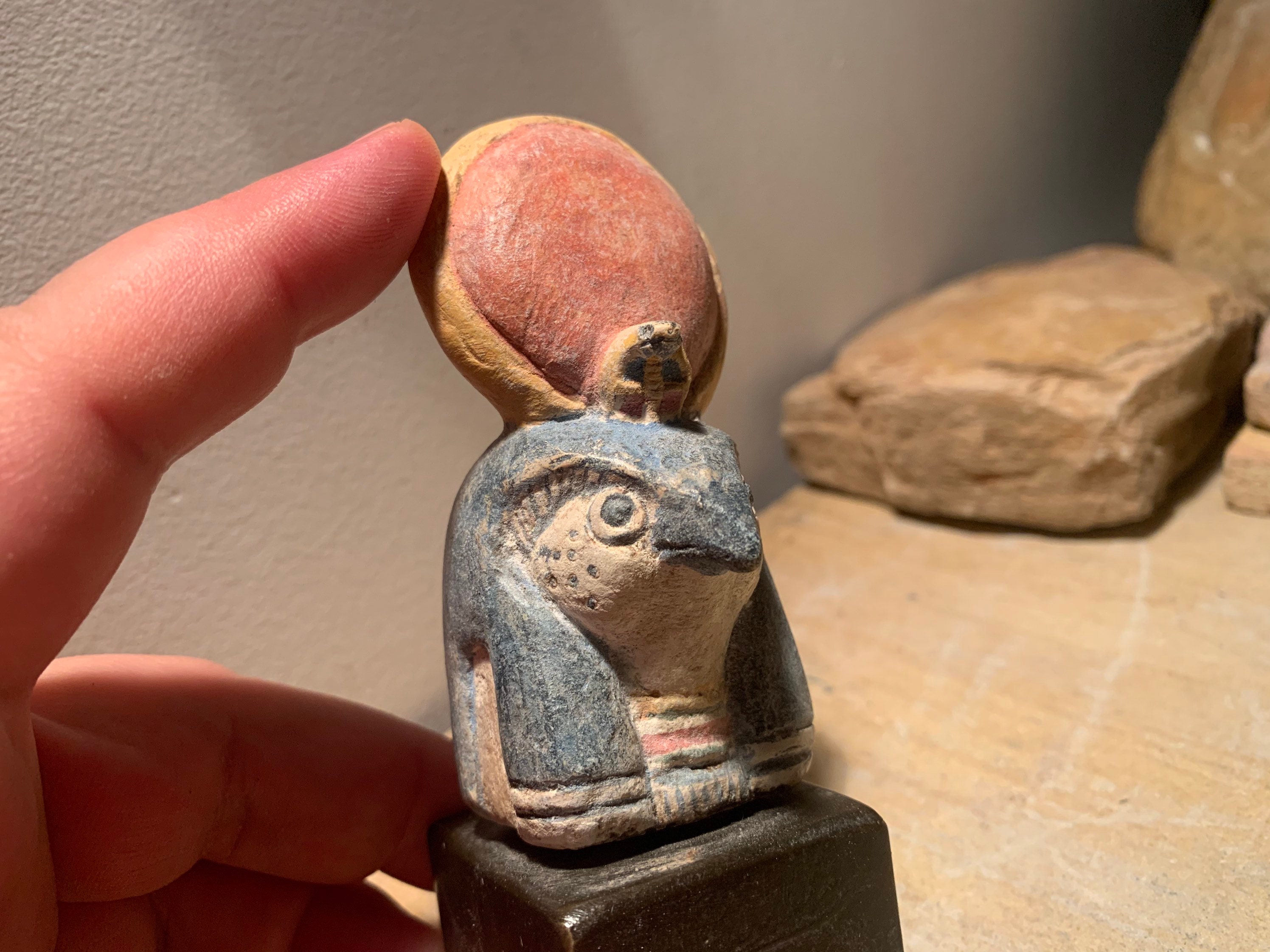 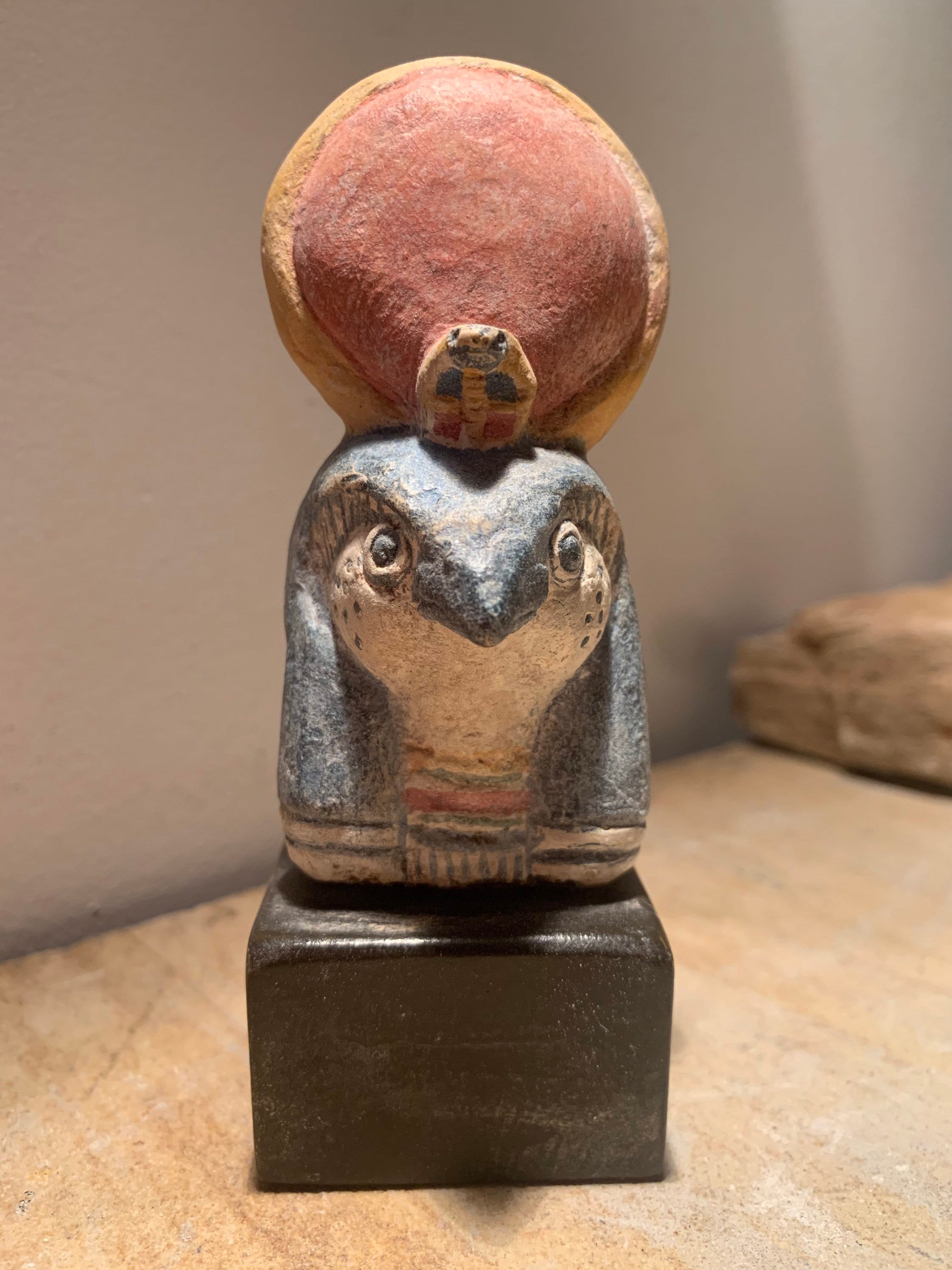 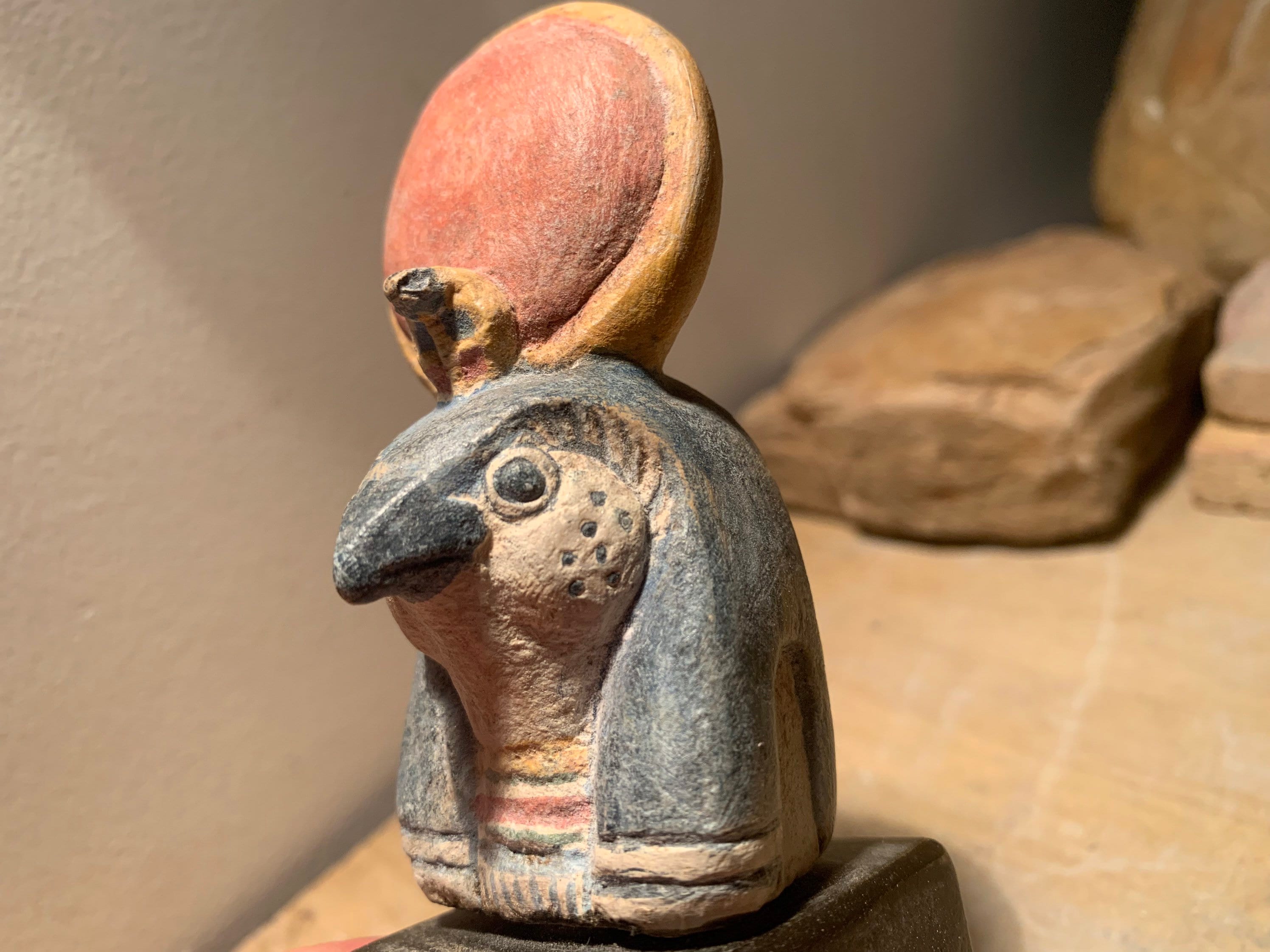 
On offer here is a replica of one of my original Ra statues. Made of a limestone and quartzite composition stone, It has a been hand painted in traditional Egyptian colours with the disc of the sun a subdued red. It is mounted on a polished, felt based stand.


Collectively falcons and hawks were revered from pre-dynastic times until the end of empire. In a valley filled with an abundant fauna population the earliest Egyptians would have noticed the stealth and hunting prowess of these wild birds. It is not surprising that the most admired birds received at times top billing in the pantheon of the gods.

Ra was worshiped as supreme god during the old and middle kingdoms and would merge with the upper Egyptian god Amun during the new kingdom thus becoming Amun-Ra. This was a potent symbol of unity between the two lands of Egypt as the cultural divide between north and south was prone to breach.

Ra was the original sun god who sailed through the sky on a solar boat and disembarked on the sunset horizon to board his Meskhet = night boat to travel through the twelve perilous gates of night.

The solar disc crown on this statue is encircled by a uraeus cobra whose tail trails part way down the back of the wig and this is the standard head gear of this important Egyptian god.