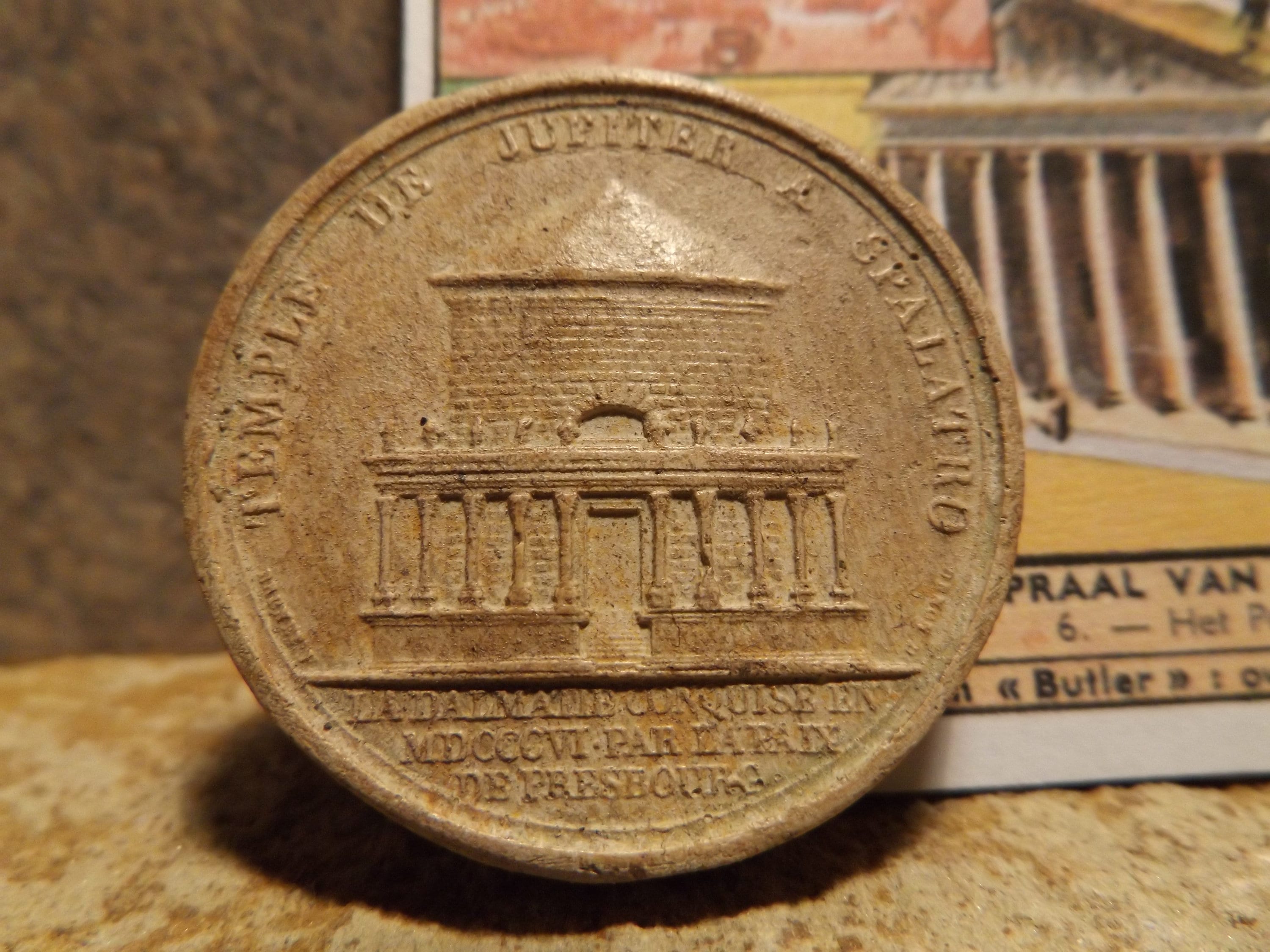 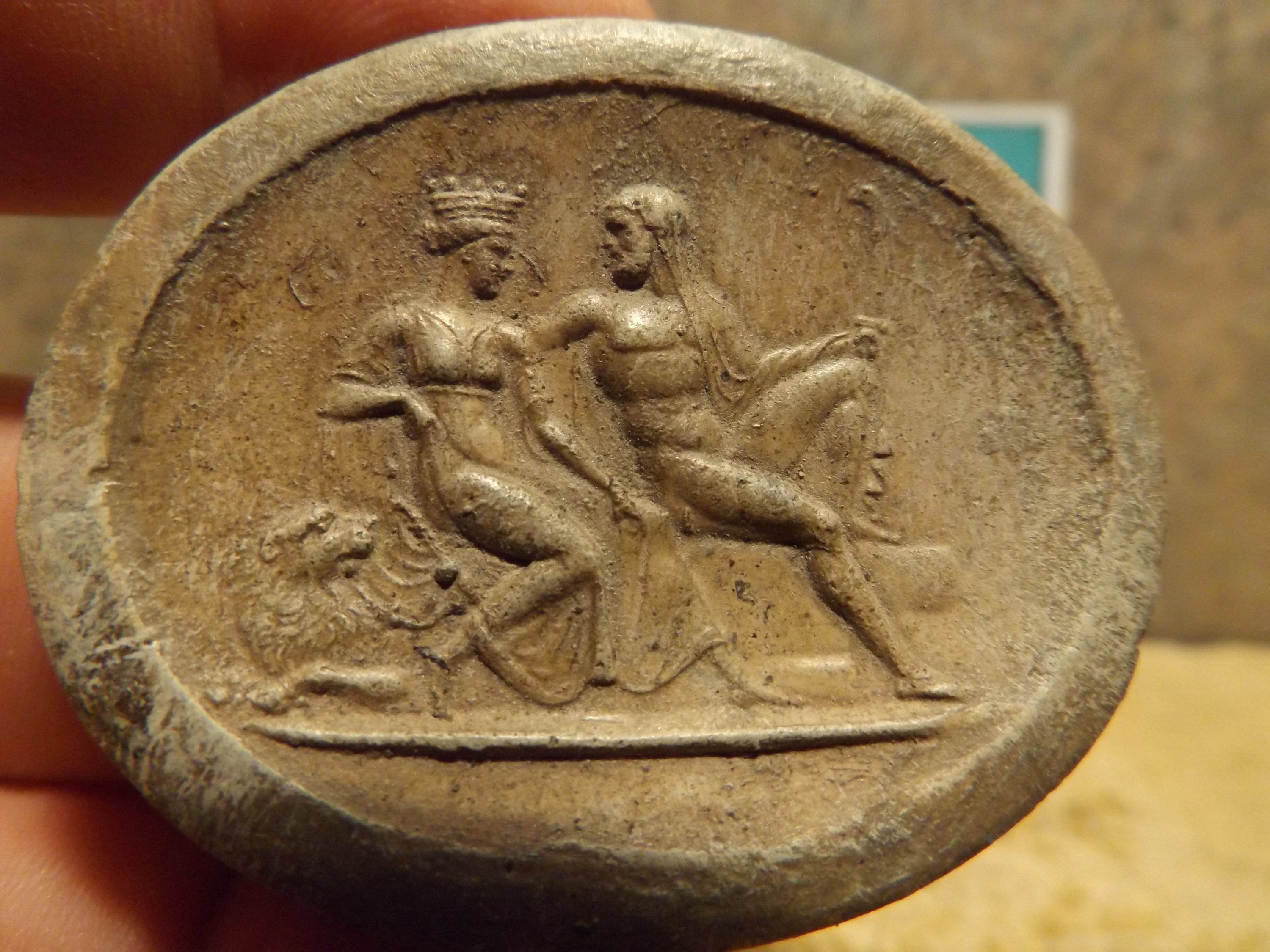 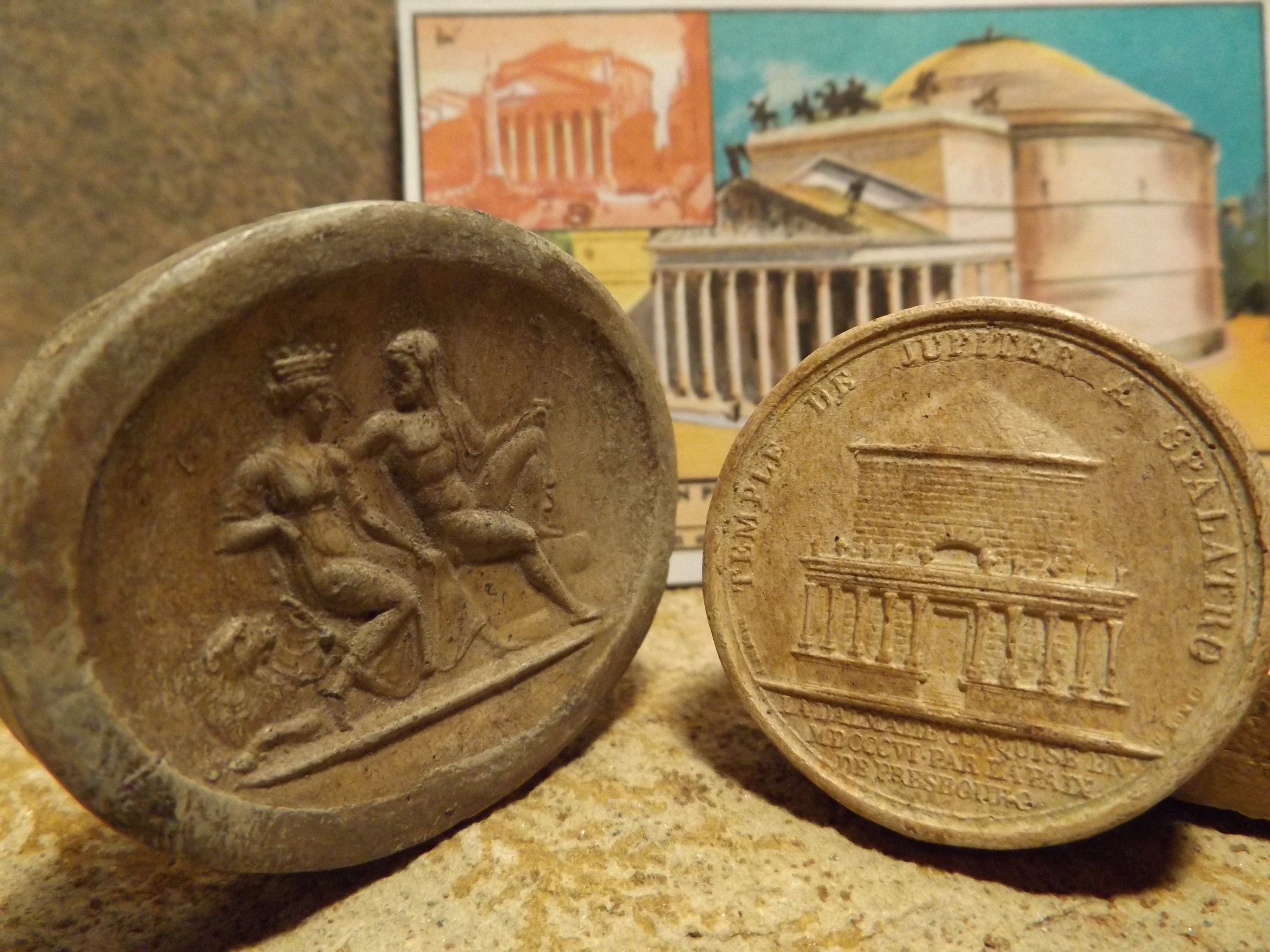 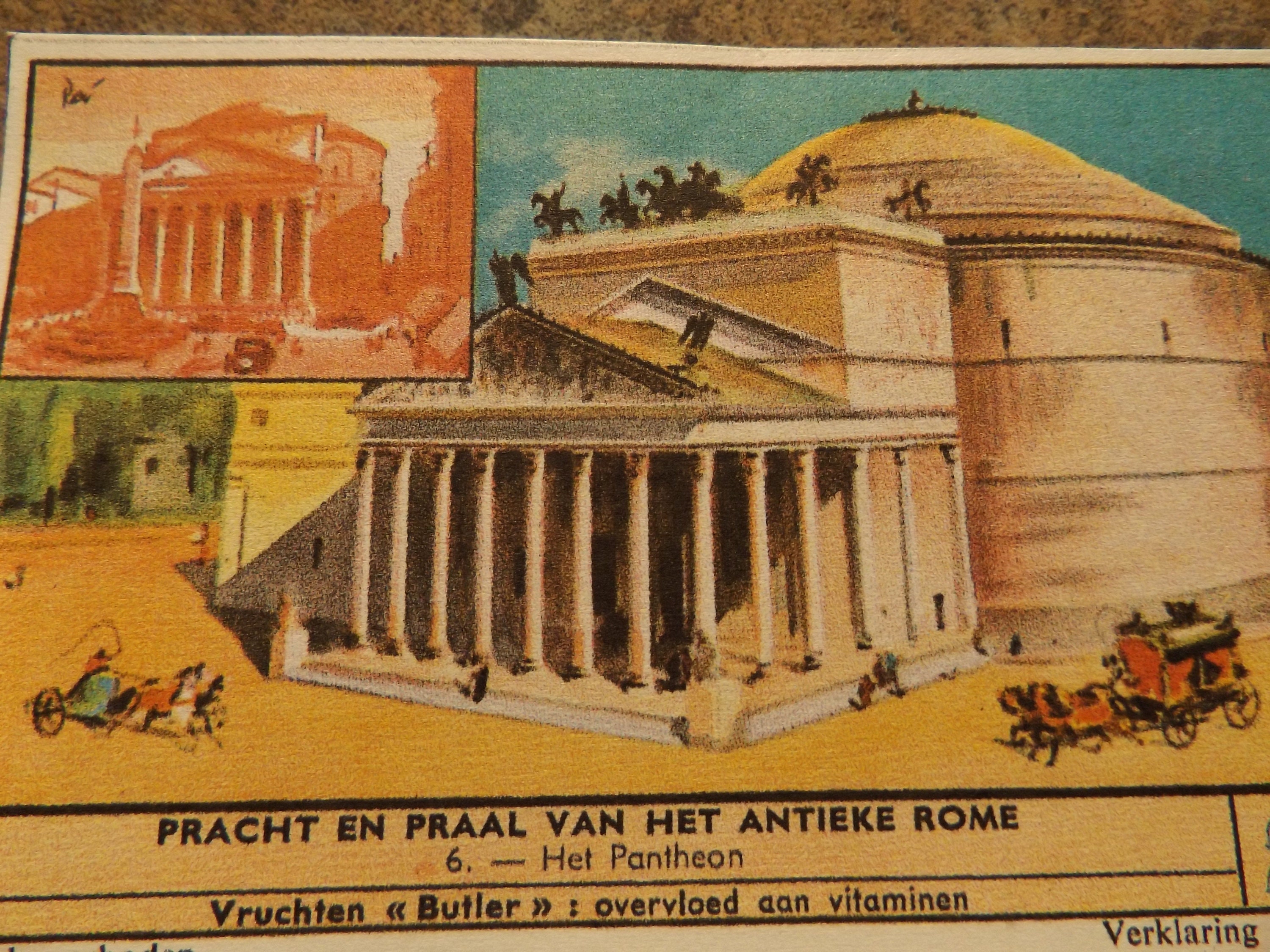 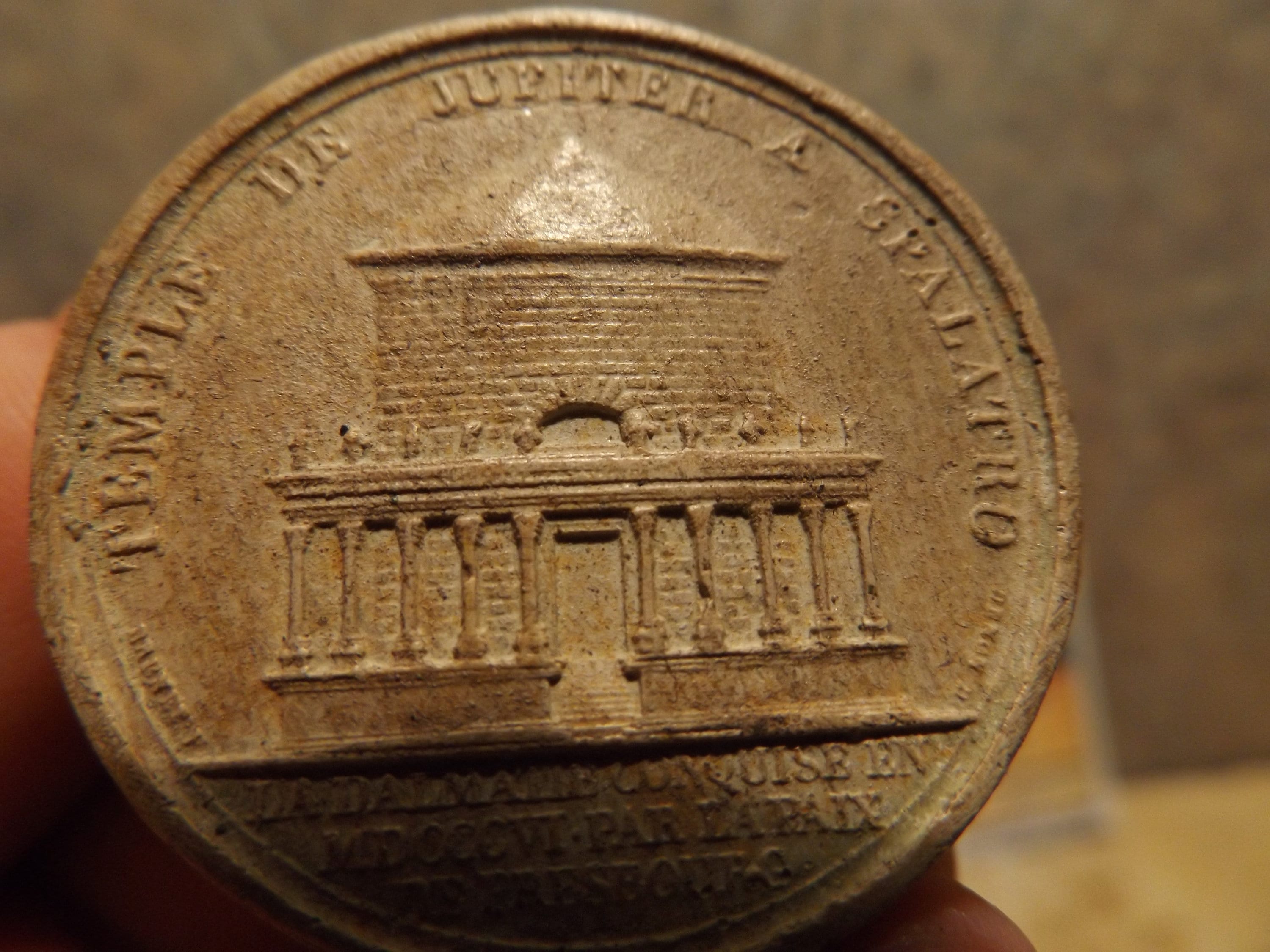 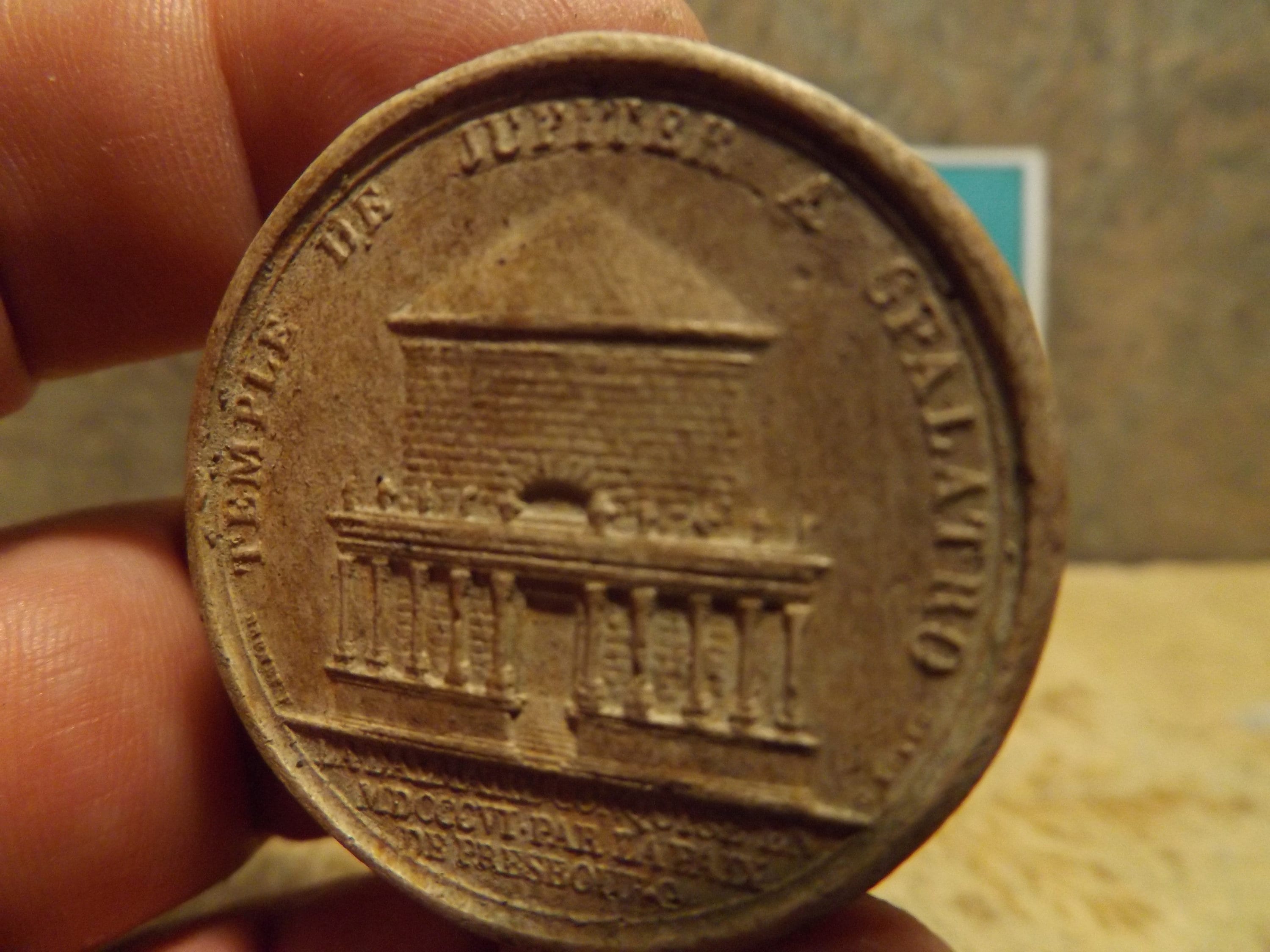 Available here are a pair of highly detailed replica amulets featuring the temple of Jupiter in Croatia and an intimate portrait of Jupiter and Juno. In addition an atmospheric replica collector card of Rome's inspirational Pantheon temple has been included. The Pantheon was the most influential of Roman temples in terms of architectural style with it's imposing dome, a marvel of the age.

*The Greek equivalent of Jupiter and Juno are Zeus and Hera.

The temple of Jupiter

Located in modern day Split, Croatia the palace was constructed on the Dalmatian coast as a place of retirement for the emperor.

The temple was located near the center of a sprawling 4 walled compound and was created at the turn of the 4th century as an integral part of the palace of Diocletian. The entire palace complex is still occupied by modern dwellers and is a shining example of a well preserved ancient palace.

Made of a limestone and quartzite composition stone the amulets have an aged patina.